Vollis Simpson and his Whirligigs

We have lost a legend of the Southern Roadside.   94 year old folk artist Vollis Simpson died at his home last Friday.

Vollis was know for creating "Whirligigs" giant kinetic sculptures he made from spare scrap metal. 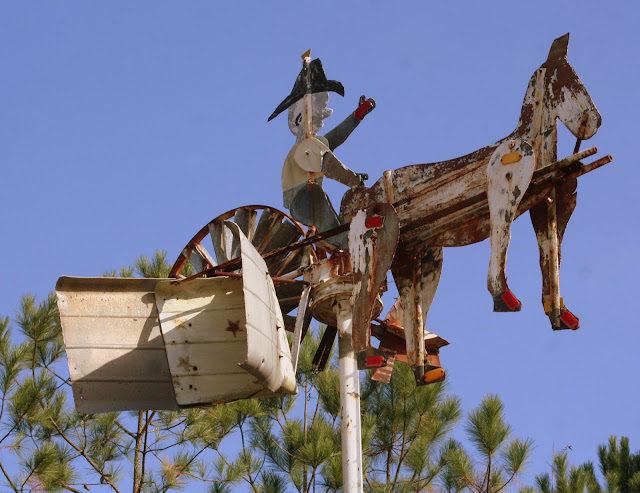 I was lucky enough to get to meet Vollis a few years back.  The town of Wilson, NC throws a yearly festival in his honor. 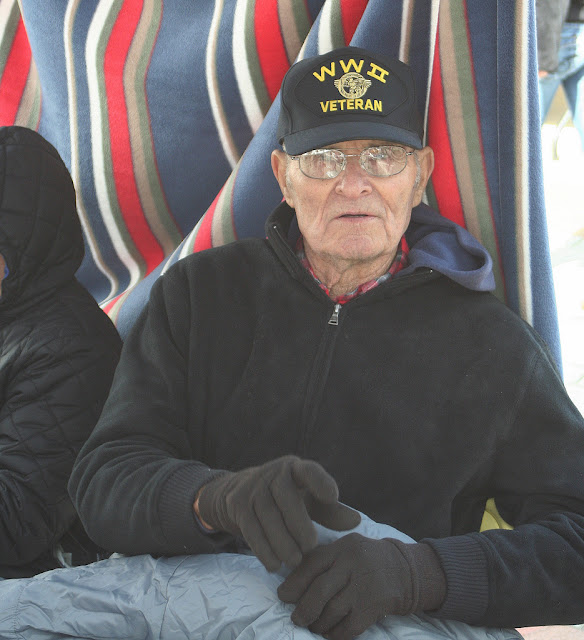 In neighboring Lucama, NC sits Vollis's sculpture garden.  When Vollis started erecting his amazing sculptures he became the focus of a local urban legend.  The Garden was dubbed "Acid Park" by local teenagers.  A fictional story was passed around stating that Vollis had gone crazy when his daughter wrecked her car while high on drugs.  The story went on to explain that in his grief Vollis created a monument to the psychedelic drugs that took his daughter.  The truth was that Vollis was a retiree who like puttering around and creating amazing works of folk art.  The story may be less exciting, but the results are equally as impressive. 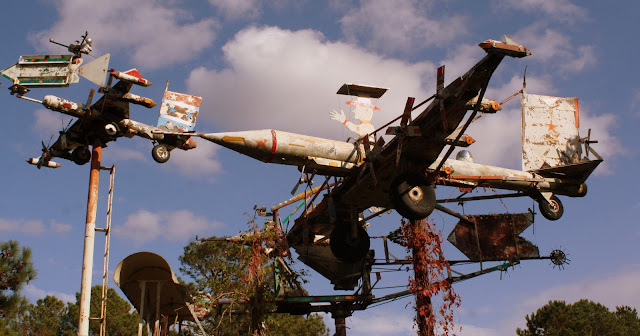 The whirligigs are not something that can be expressed through words, pictures, or videos.  One must see them first hand to truly appreciate them.

When I finally saw the garden was completely taken back by the sheer size of the Whirligigs.  See how they are compared to my buddy Mark down there. 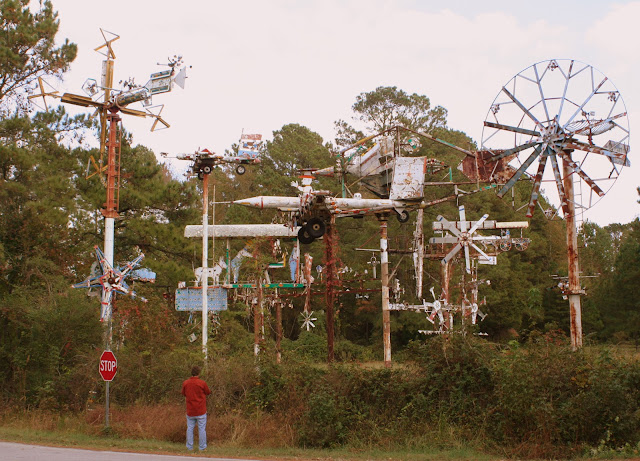 Here are the Whirligigs in action.


You may notice that the sculptures are covered in plant life and look like they are in risk of being swallowed by the veracious Southern vegetation.  Do not fear.  The town of Wilson are actually in the process of moving and restoring the Whirligigs so that future generations can enjoy them.  I highly recommend a visit.

Thank you for the memories Vollis!

The CarpetbaggerPlease feel free to e-mail me at jacobthecarpetbagger@gmail.comand check out my Flickr Photostream