I just saw something interesting on NPR's web site.   There is an article about a geography professor who used twitter to map racial slurs.  The map shows what parts of the country used various racial slurs the most.  The map is interactive and lets you look up various slurs.

If you look up the most notorious racial slur, the n-word, you find some interesting results 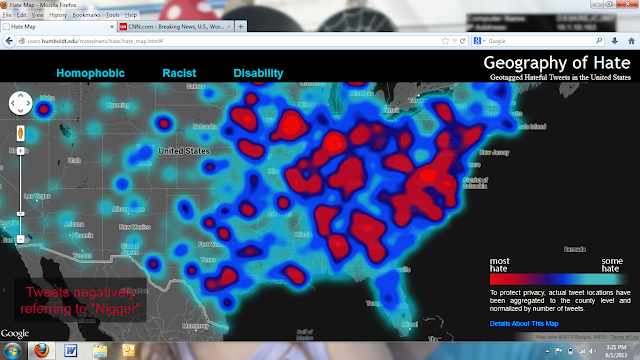 While there is a certain level of concentration in the South, it becomes clear that the midwest actually beats out the South when it comes to racist slurs.   Clearly the South isn't the capital of racism in the United States.

Sadly, it looks like my home state of Indiana is a major hotbed of racism. 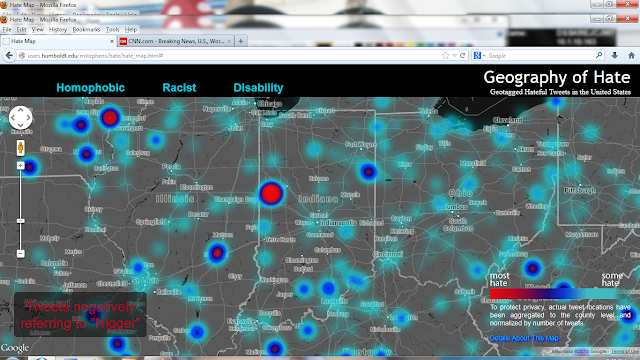 If you take a close look you see that there appears to be the countries largest hate pimple is located in western Indiana.  Yikes!

Just more evidence that racism is worldwide problem and not a Southern one.


The CarpetbaggerPlease feel free to e-mail me at jacobthecarpetbagger@gmail.comand check out my Flickr Photostream
Posted by Jacob at 1:32 PM