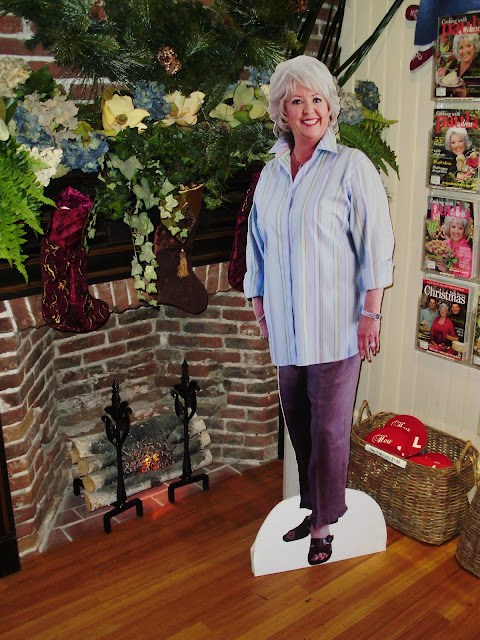 Flash back a few years ago.....The South had one undisputed Queen and goodwill ambassador:  Paula Deen.  She was the wacky Southern matriarch that everyone wished was part of their family.  She charmed millions by making ridiculously over the top southern delicacies, infamous for adding excessive amounts of butter.  She oozed quirky charm.  She was a person that was hard not to love.  She was made of the fuzzy down home feeling people get when they think about the positive aspects of the South.

My family visited Savannah during the height of Paula Deen's reign as queen.  We visited her restaurant,The Lady and Sons, as we felt it was obligatory. 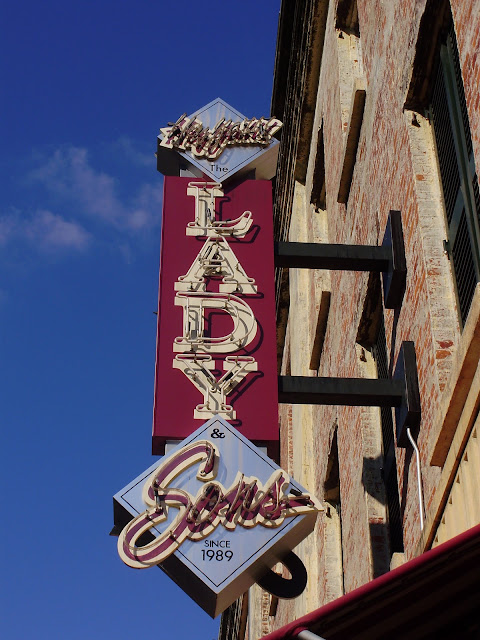 It was a sight.  People were crowding the streets to the point where it was a virtual safety hazard.  We had to put our name in an hour before the restaurant even opened to ensure a seat.  The restaurant was officially opened by a man ringing a dinner bell in the middle of the street. 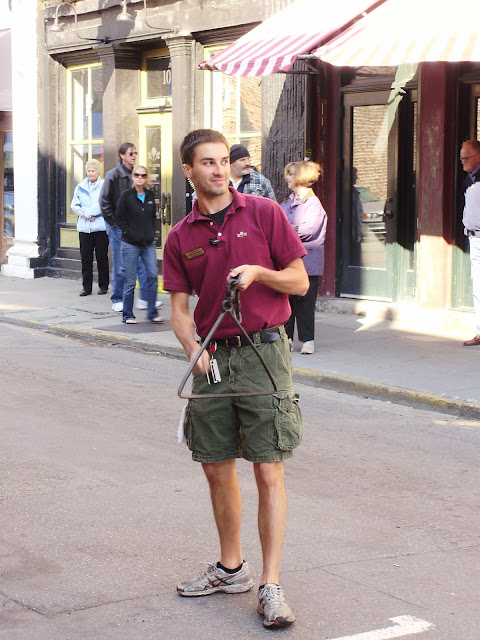 Sadly, the food was not good.  I am not a food critic, but the food was bad.  It was a major disappointment.  My wife had been making Paula's recipes for years and they had been excellent, but the food here was bland and tough.  My guess is that it probably wasn't Paula who prepared our food.

Paula's fall from grace begin a few years back.  She was attacked viciously by world famous chef Anthony Bordaine, who basically said her food sucked.  It felt like he was attacking the whole South.  Paula was the Queen of the South and Anthony was a mean spirited drunken New Yorker.  The South rallied behind their queen.

Not long after, Paula announced that she was diabetic, and that she had been keeping it secret for years.  Some felt betrayed.  As Paula was promoting unapologetically unhealthy food she was secretly suffering from a disease caused by eating unapologetically unhealthy food.  Paula would become a spokesperson for an anti-diabetes drug company.  Her mortal nemesis, Bordain would call her out a hypocrite for promoting unhealthy eating and then making money of the disease that she helped create.

This would all be small potatoes compared to what has transpired over the last few days.  A former employee of Deen's has filed a lawsuit claiming that Deen is a racist and used the dreaded "N-Word".  Paula would end up making some admissions during a recent deposition.  The deposition can be read HERE.

Paula admitted to using the N-word when talking about a black man that had held her at gunpoint.  She states that this was a different time, and this language was more common back then.  Okay, so a Southern Woman in the 60s used a racial slur.  This is nothing that should be too shocking.  At the same time it is a very unpleasant image.  The sweet queen of the South uttering such a nasty word.  It just seems wrong.  I'm not going to make excuses for her, but it is possible that a person changes and grows over time.

Now, somewhat more disturbing was that Paula Deen had planned to have a "Southern Plantation Style Wedding" for her brother.  Paula talked about having all black men dressed in white suites to reflect an era in close proximity to the civil war.  Paula would then admit that these men would essentially be portraying slaves.  This is a very unpleasant image.  I defend the South a lot, but I will not defend slavery.  Slavery is ugly and this was inappropriate.  Deen would nix this idea herself by admitting that people would take it the wrong way.  Really, people would just be offended by something that was genuinely offensive.

Maybe we can grow to forgive Paula.  If people can forgive Chris Brown, this one should be easy.

But for the time being, the South has lost its Queen.  I guess we must search for a new on......I propose Miss Kay Robertson.

For those of you who are mad at Paula.  Here is some something to cheer you up:  Paual Deen getting hit in the face with a ham.


Update: I felt the need to discuss the Paula Deen situation a bit more HERE.

Please feel free to e-mail me at jacobthecarpetbagger@gmail.com
and check out my Flickr Photostream
Posted by Jacob at 9:12 PM