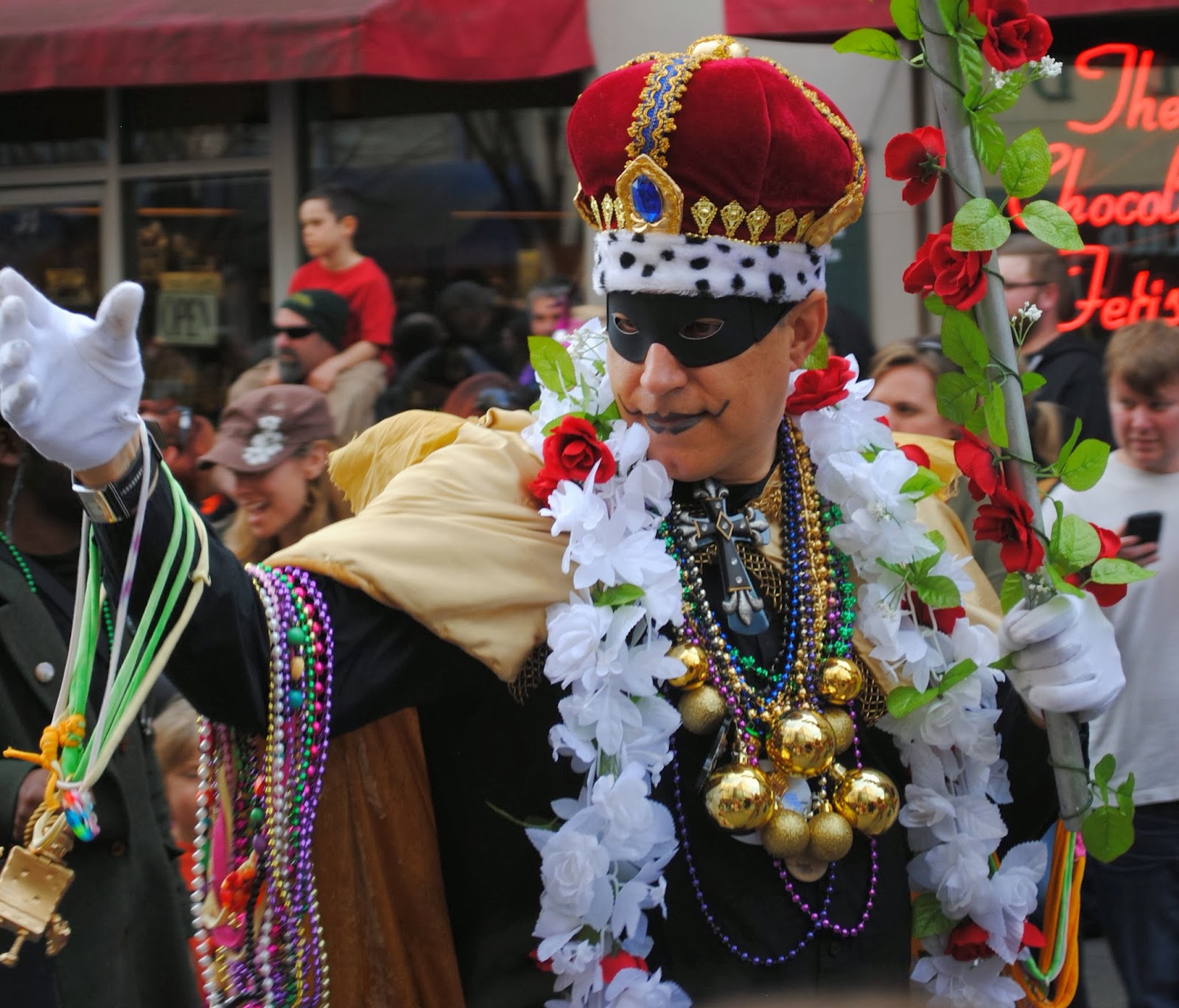 I admit I am no expert on the holiday of Mardi Gras.  While the traditions are very complex and varied, it is essentially a Catholic holiday were people party and celebrate excess before the killjoy season of Lent begins.

In the United States Mardi Gras is synonymous with the city of New Orleans, which is one of my favorite cities in the entire world.  Although, it is a dream of mine to partake in the New Orleans Mardi Gras celebration, I know it will most likely never happen.  My body is just not in the physical condition to deal with that level of celebration and crowding.  People will camp out days in advance to see the parades.  The drinking is enough to kill a pirate.  It sounds like fun, but more than this little Carpetbagger can handle.

Oddly enough the parade organizers declared that this Mardi Gras Celebration, unlike New Orlean's version, would include no nudity or alcohol.  This is odd considering for four years Asheville was voted "Beer City" for four years in a row, plus the fact that it is the location of yearly Topless Rallies (organized by a UFO cult).

That said, Asheville put on a purely enjoyable Mardi Gras Parade.  The highlight for me was when this gentleman was able to play ring toss with my skull and sunk a set of beads over my head without me even noticing. 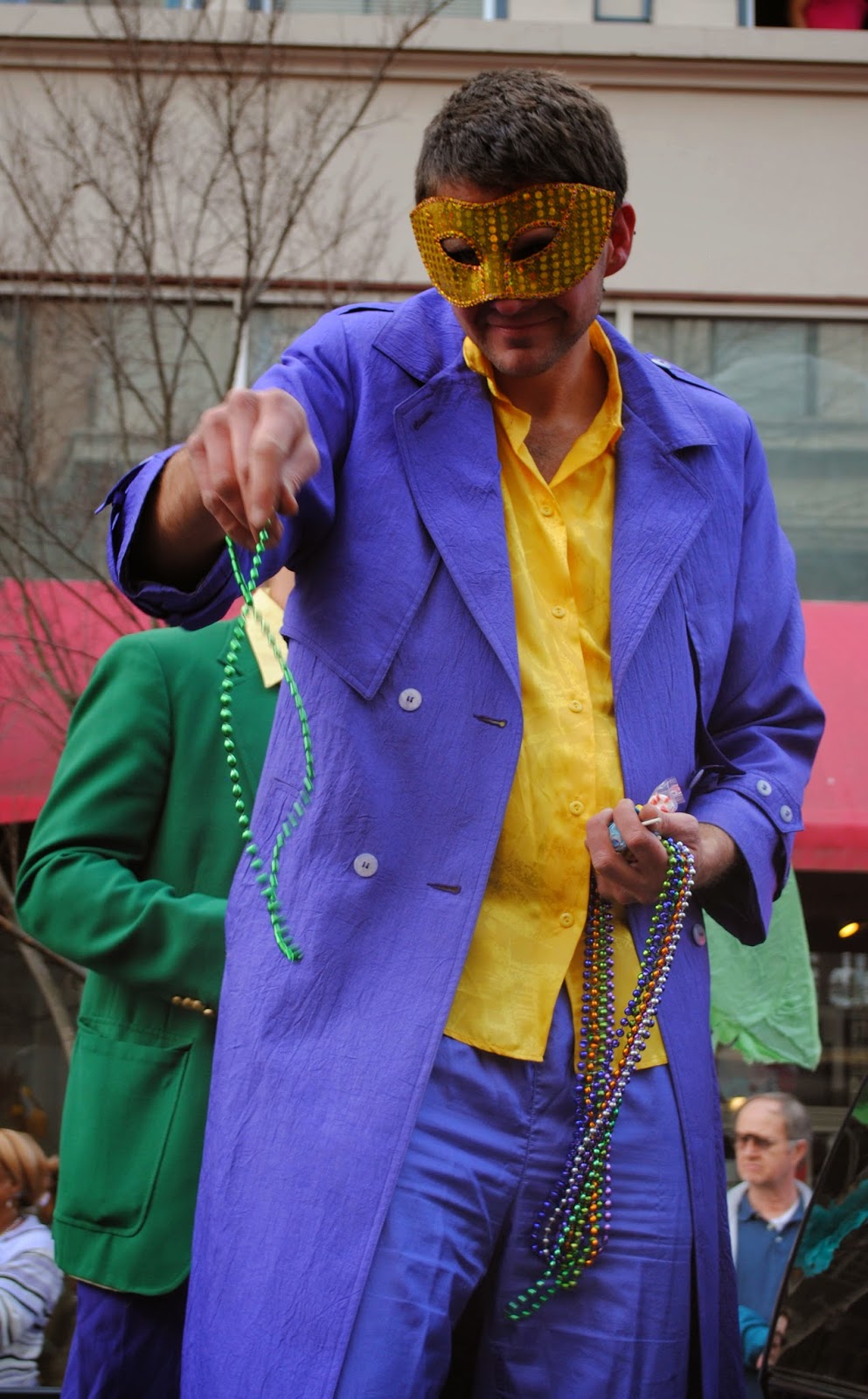 Other highlights include lots of Trannys..... 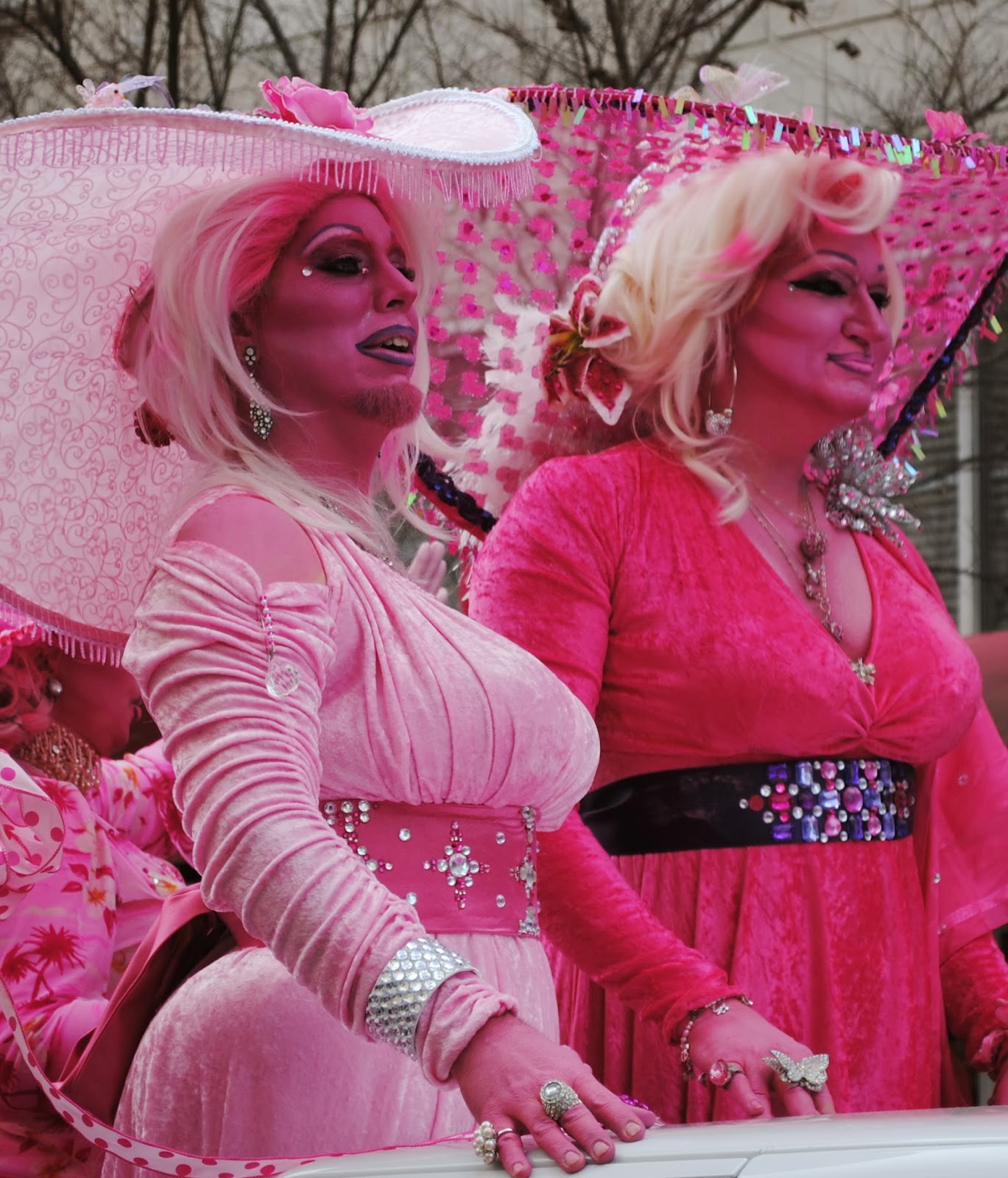 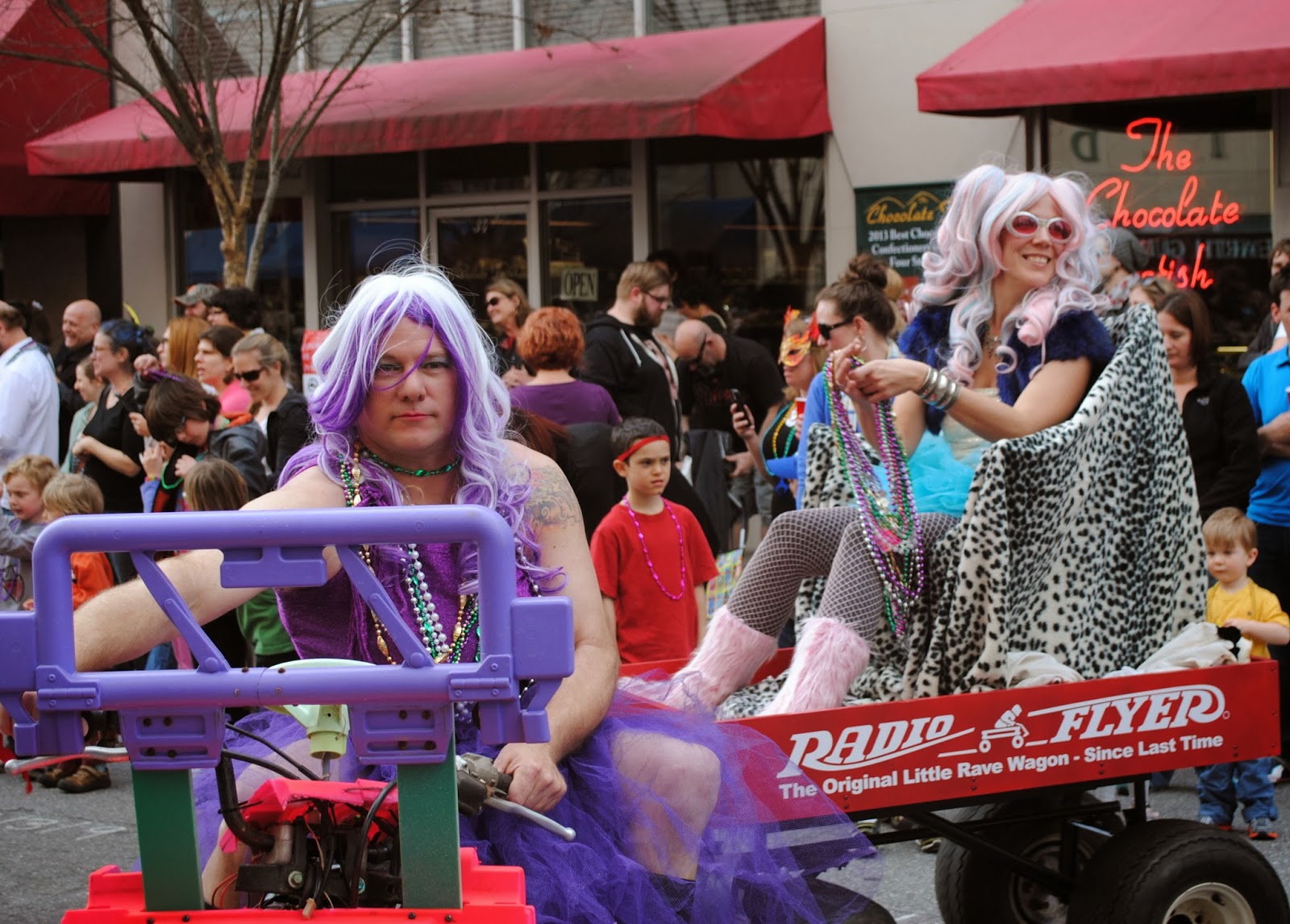 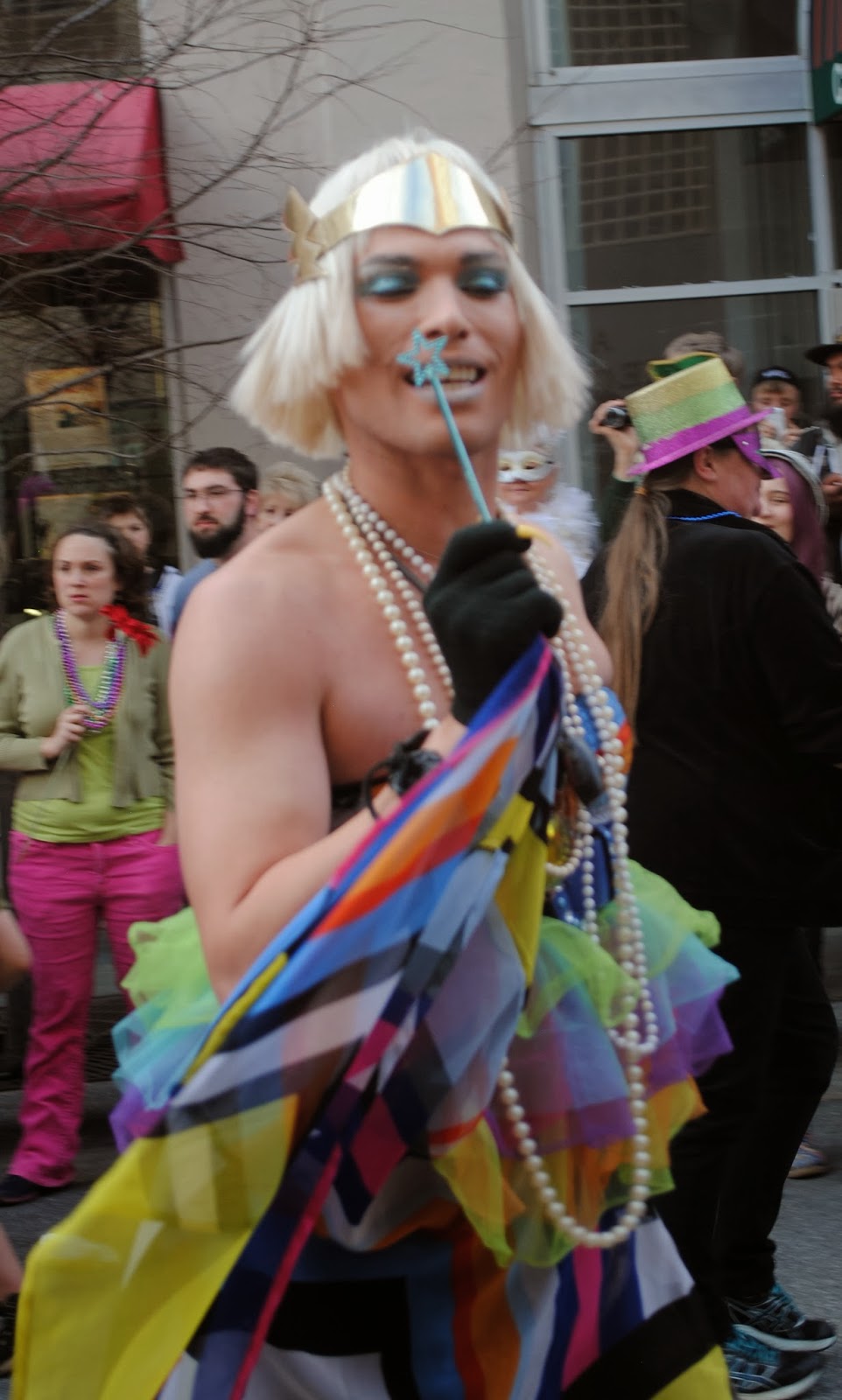 There is something heart warming about Trannies handing out candy to little kids.... 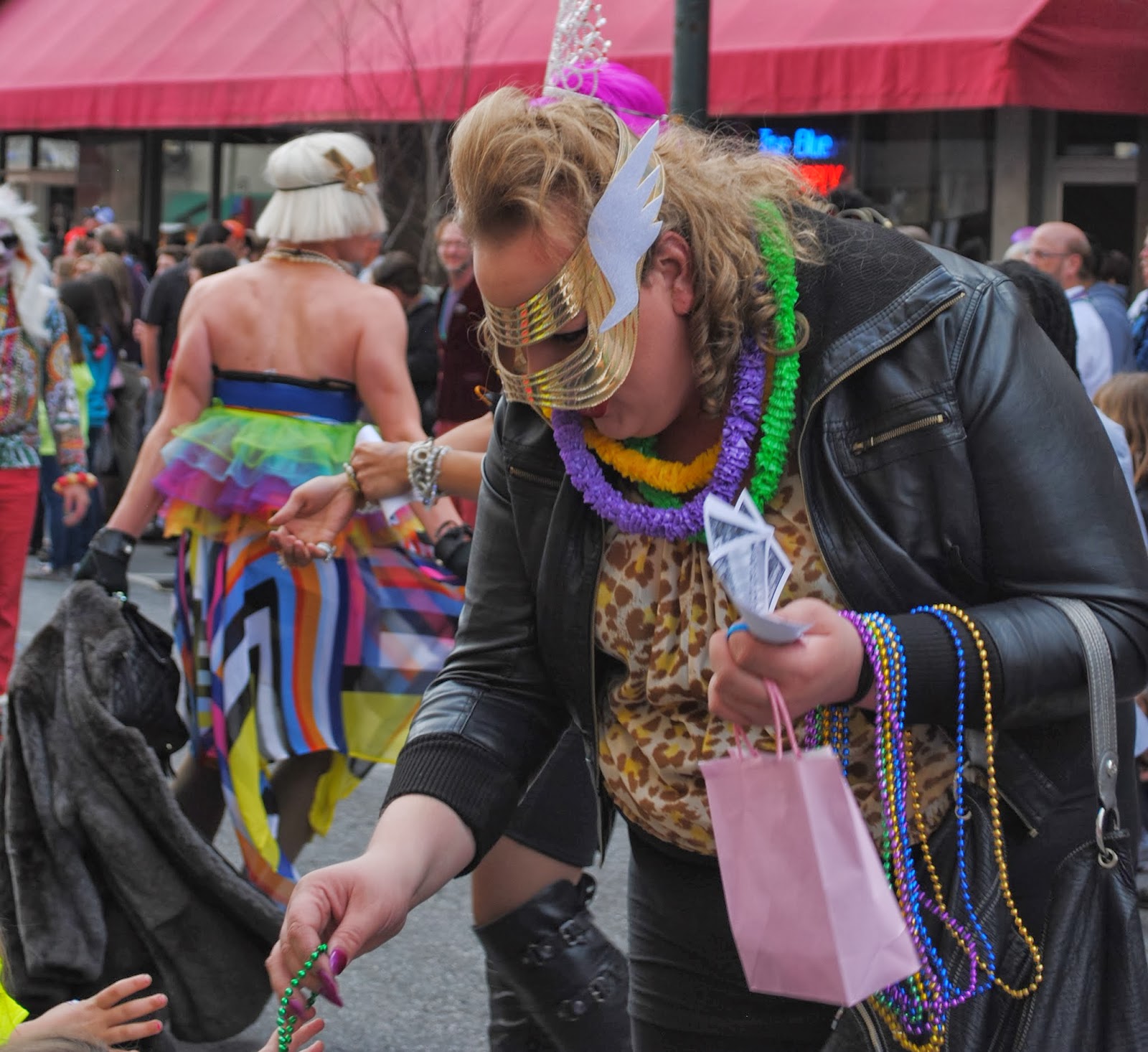 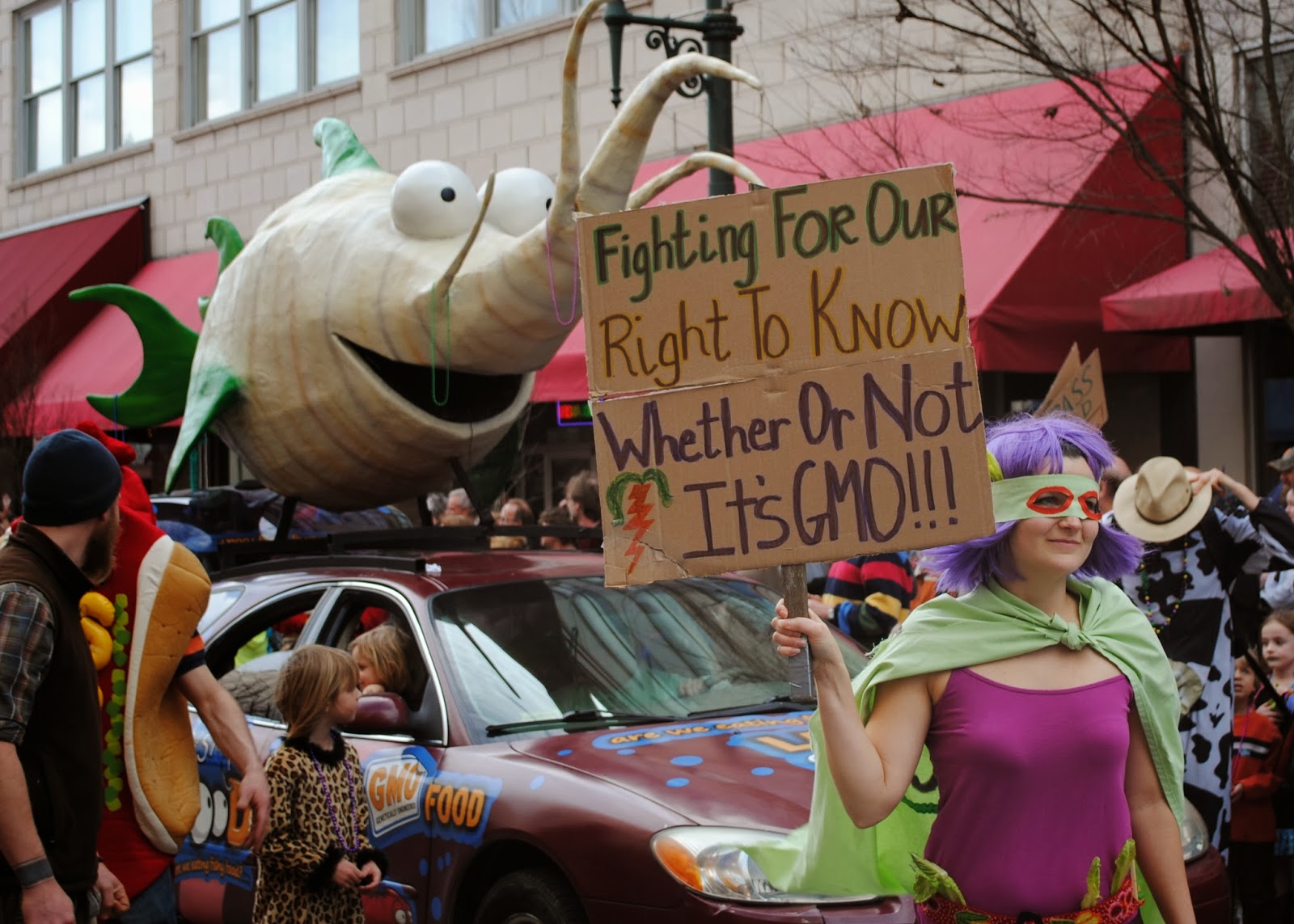 I guess their message is that if we eat GMOs we are eating horrifying half vegetable-half fish abominations.....but I don't know, I think the guy is just to damn cute to scare me.... 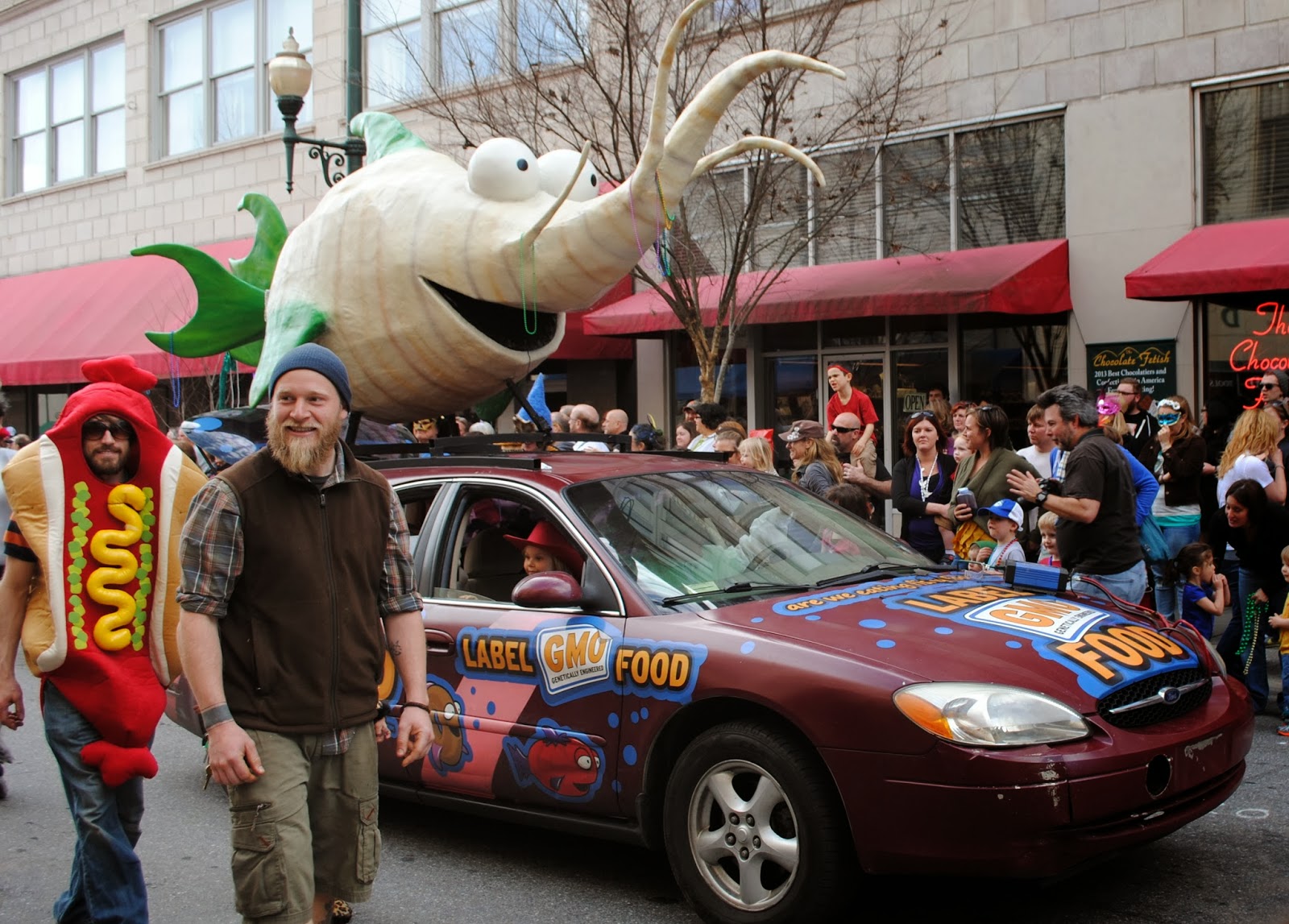 He kind reminds me of Yumion, the Vidalia Onion. 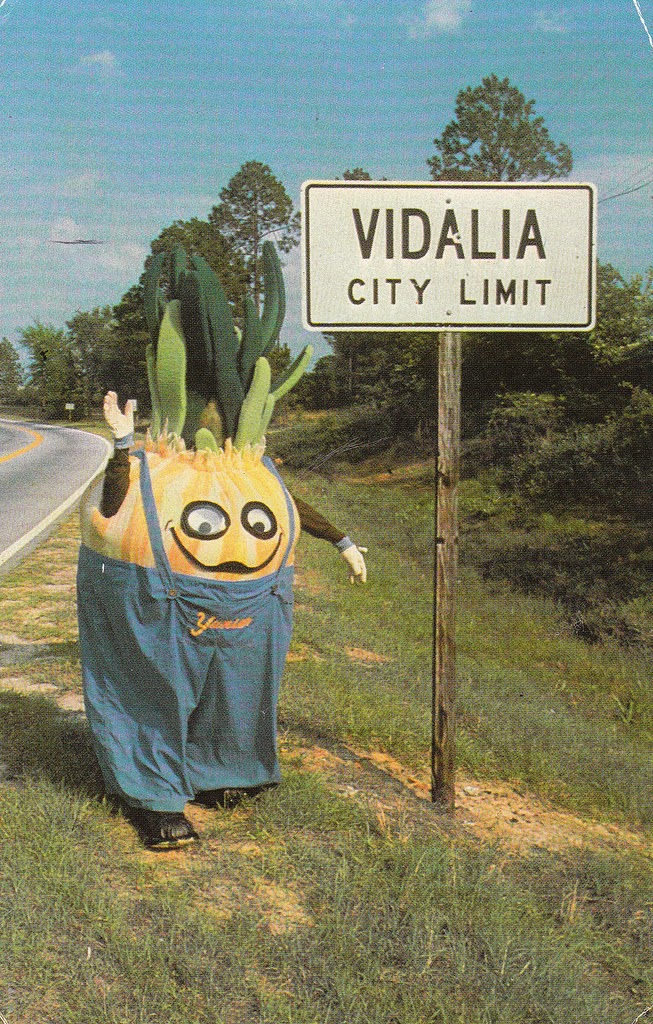 Of course the parade is a truly visual experience, I'll stop yapping.  Let's take a look. 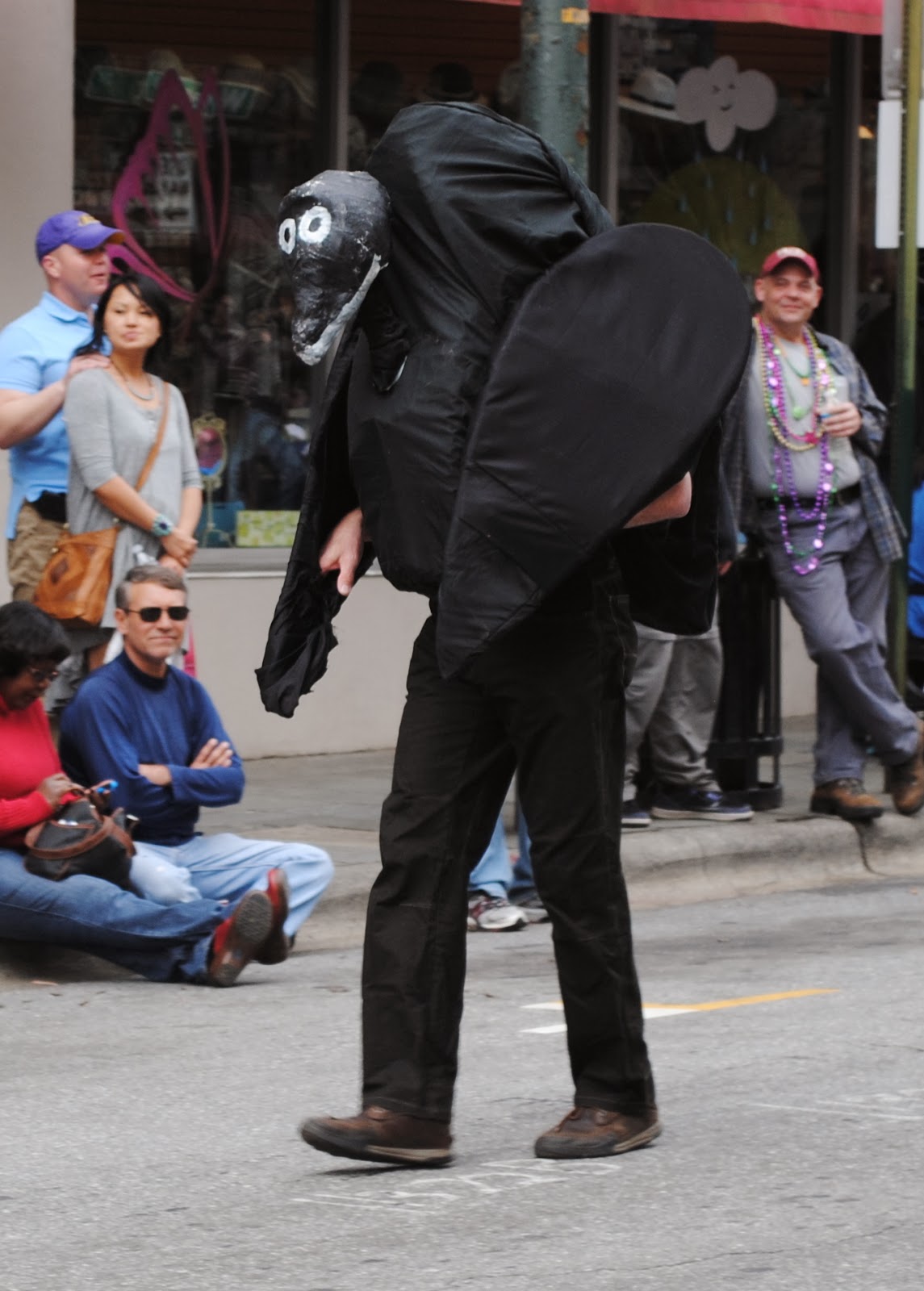 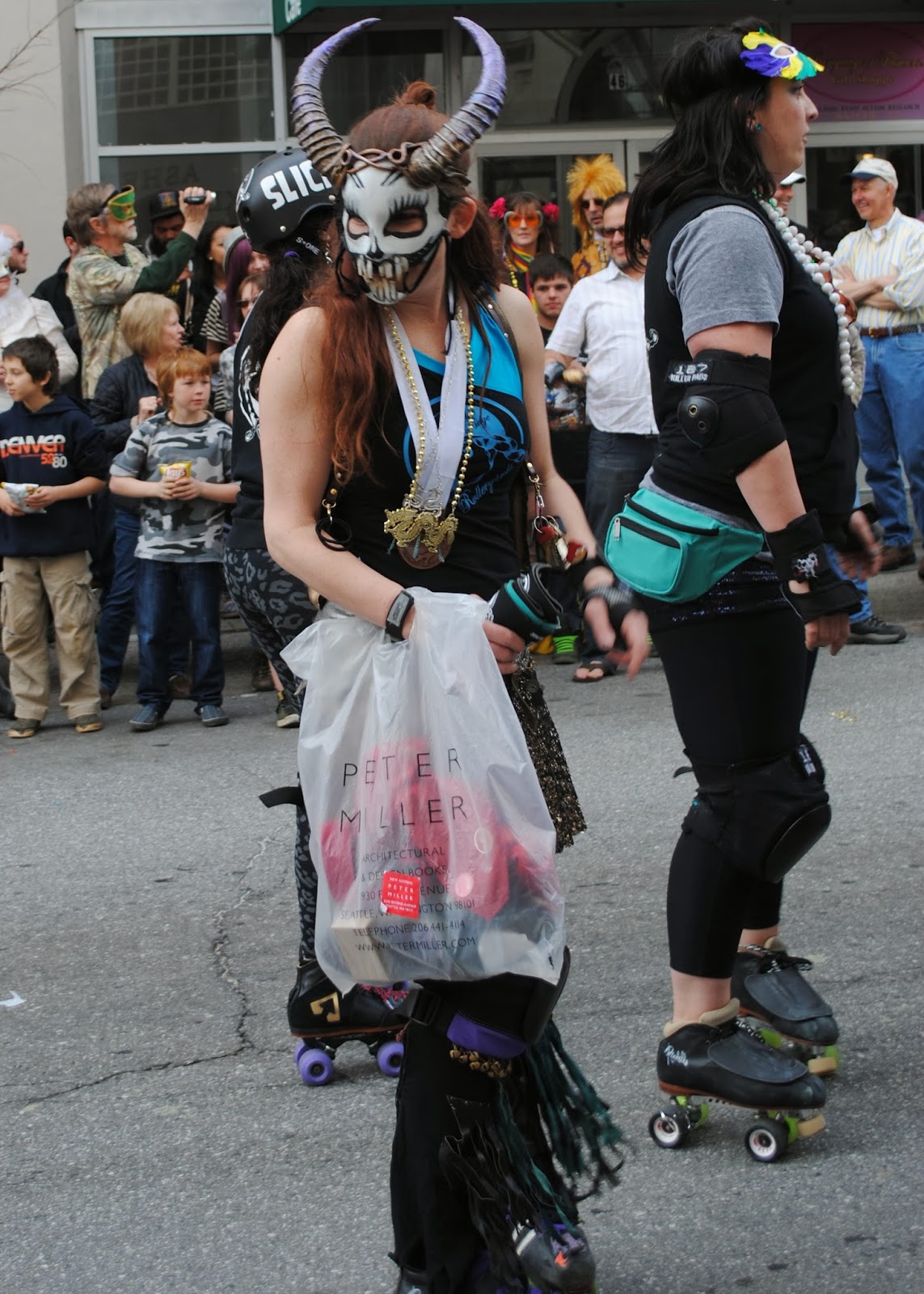 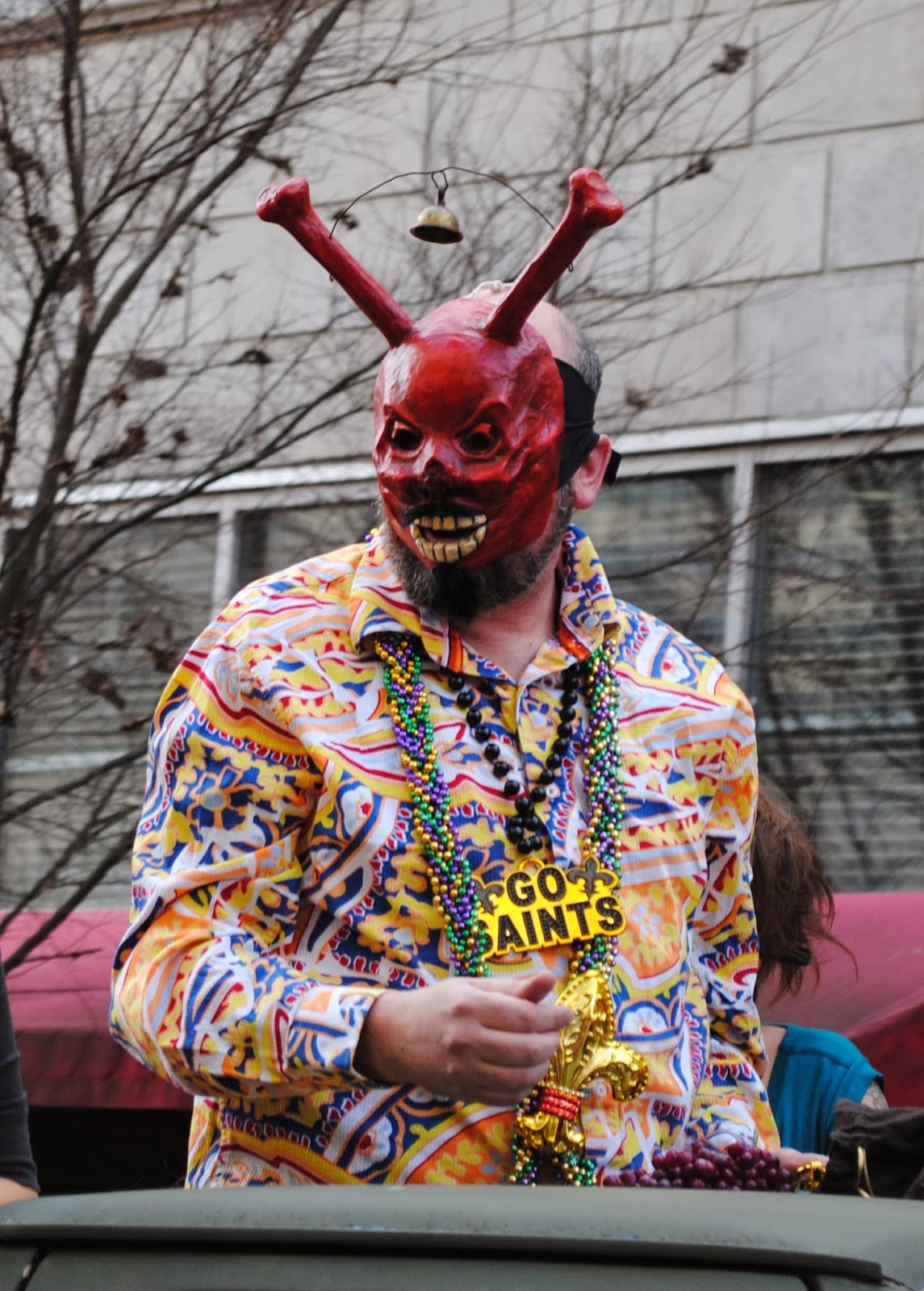 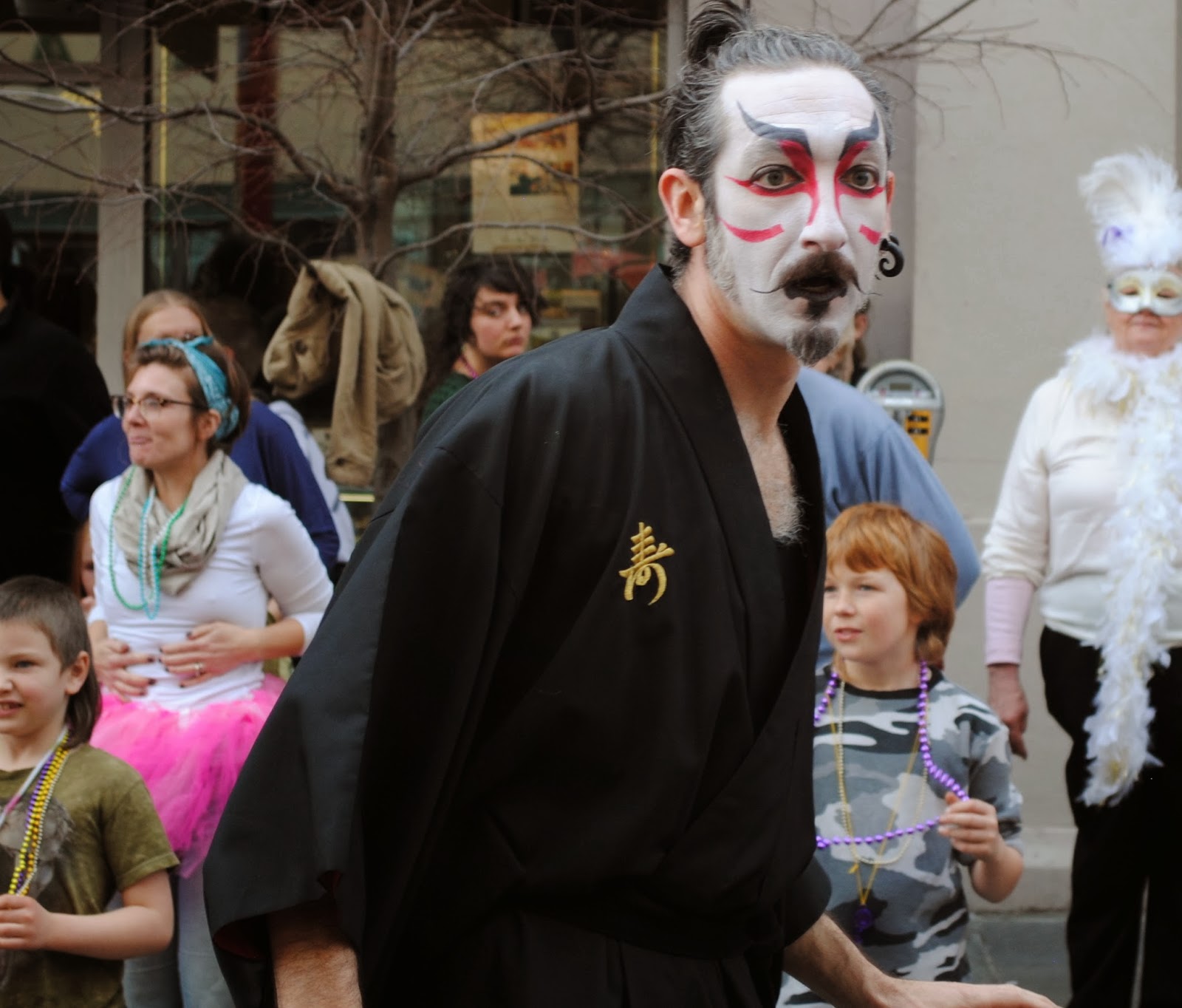 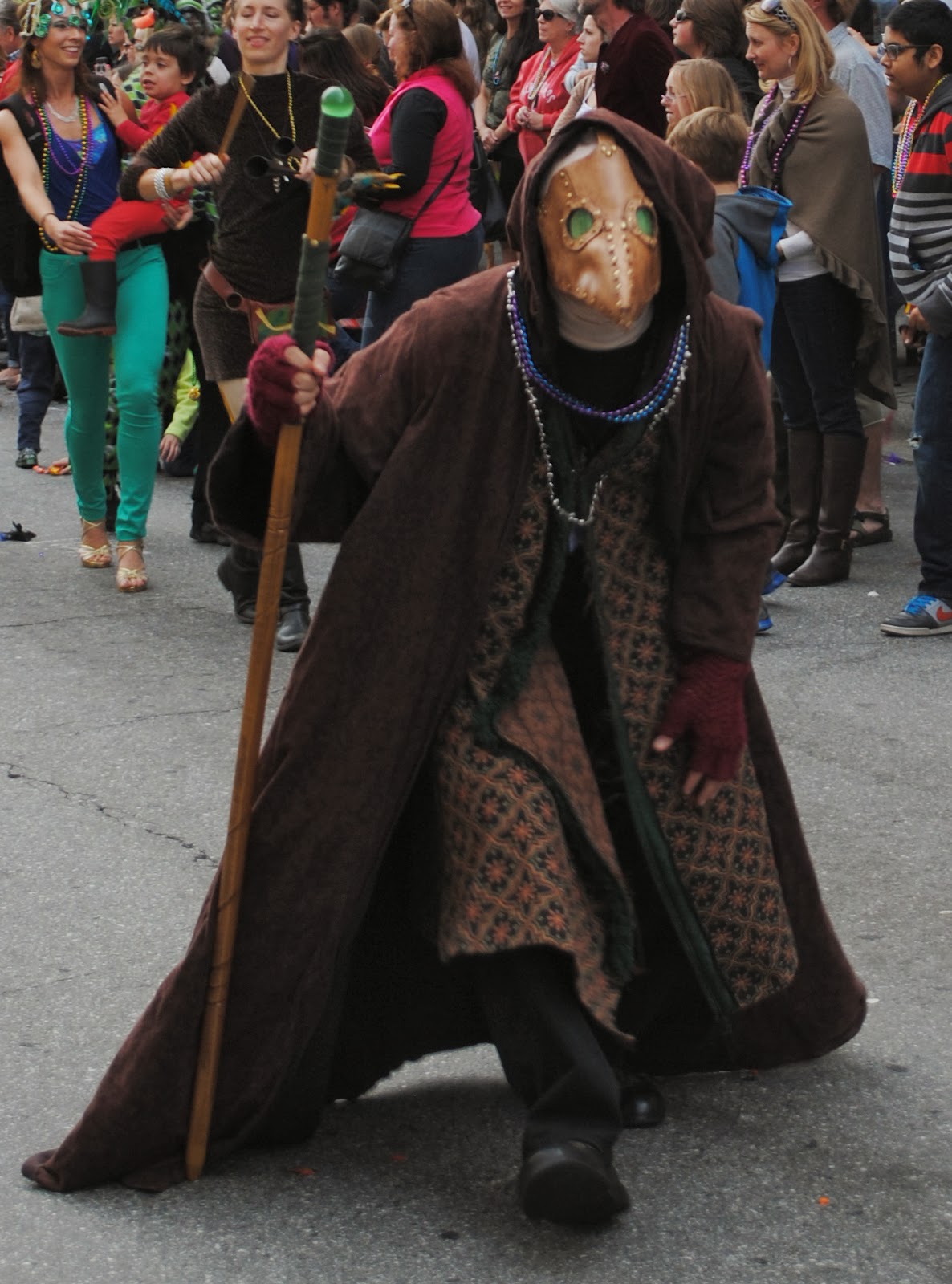 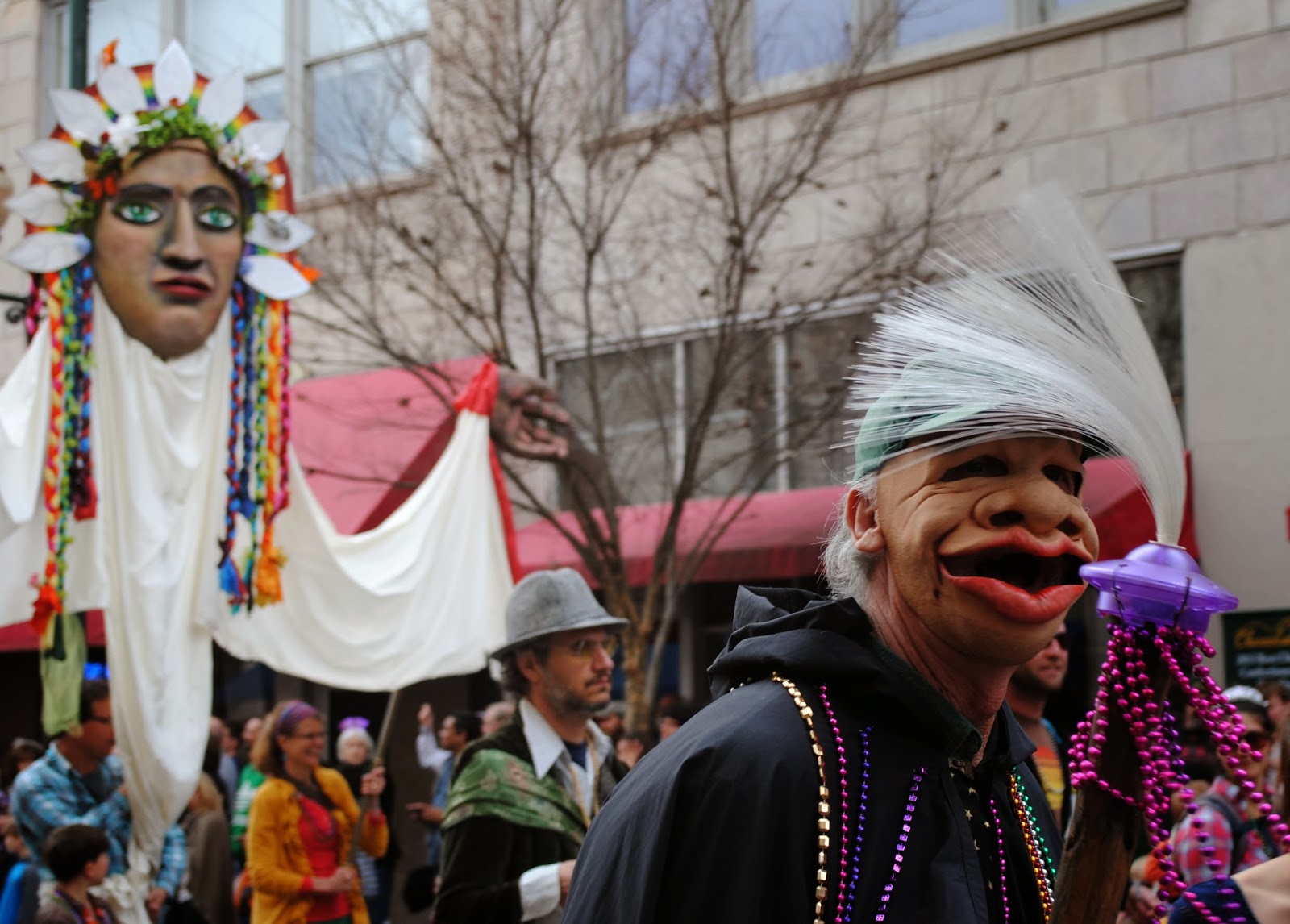 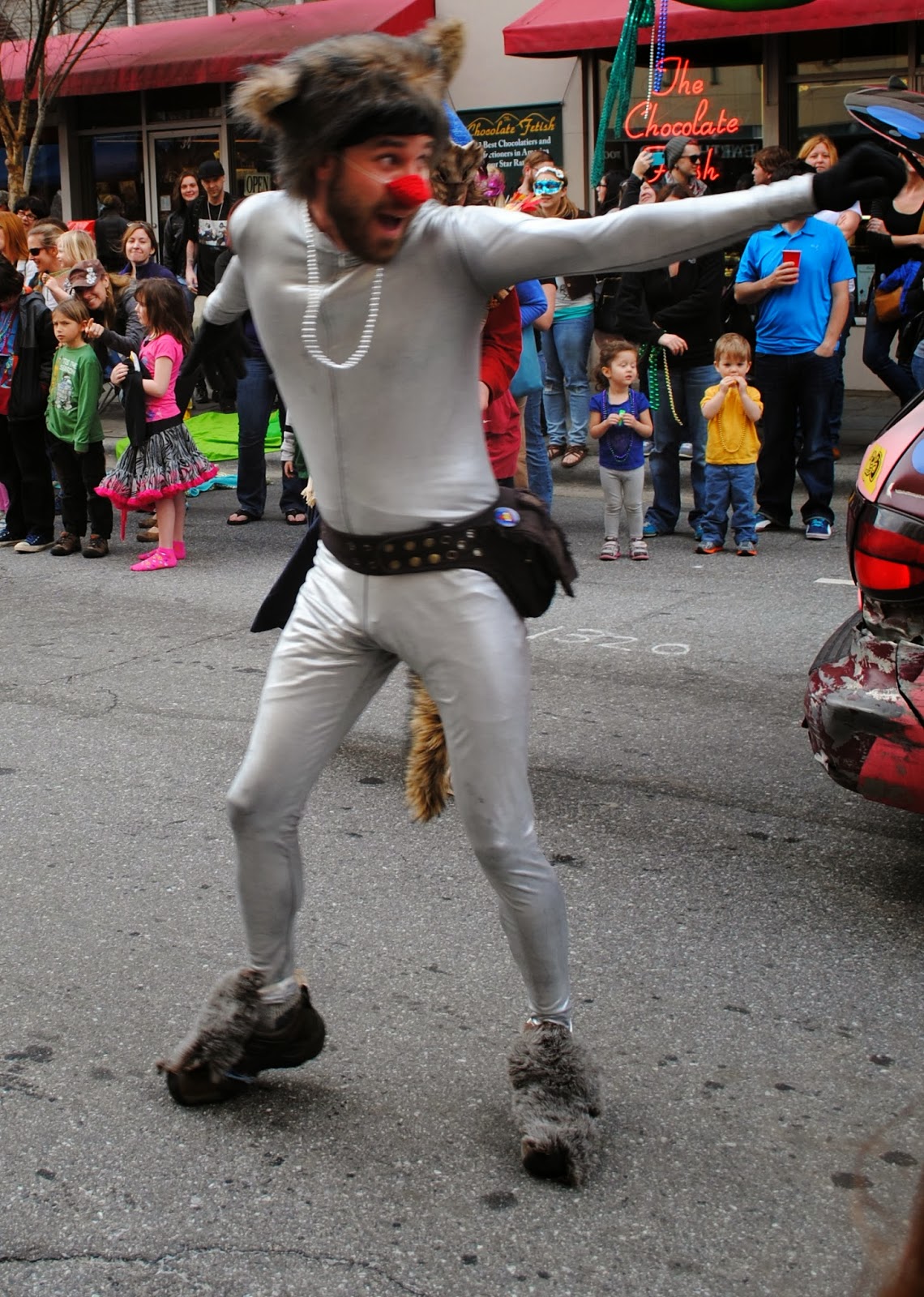 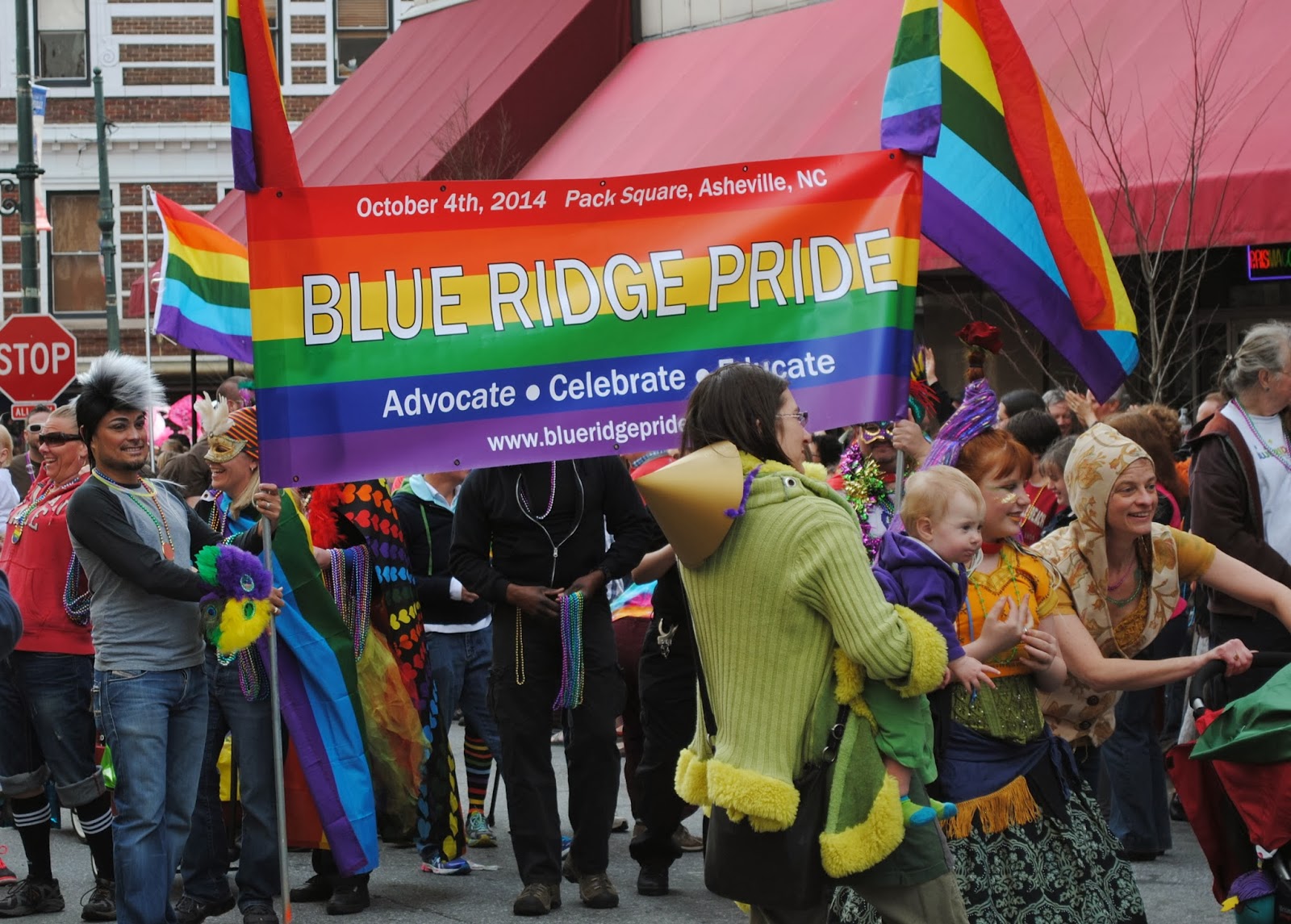 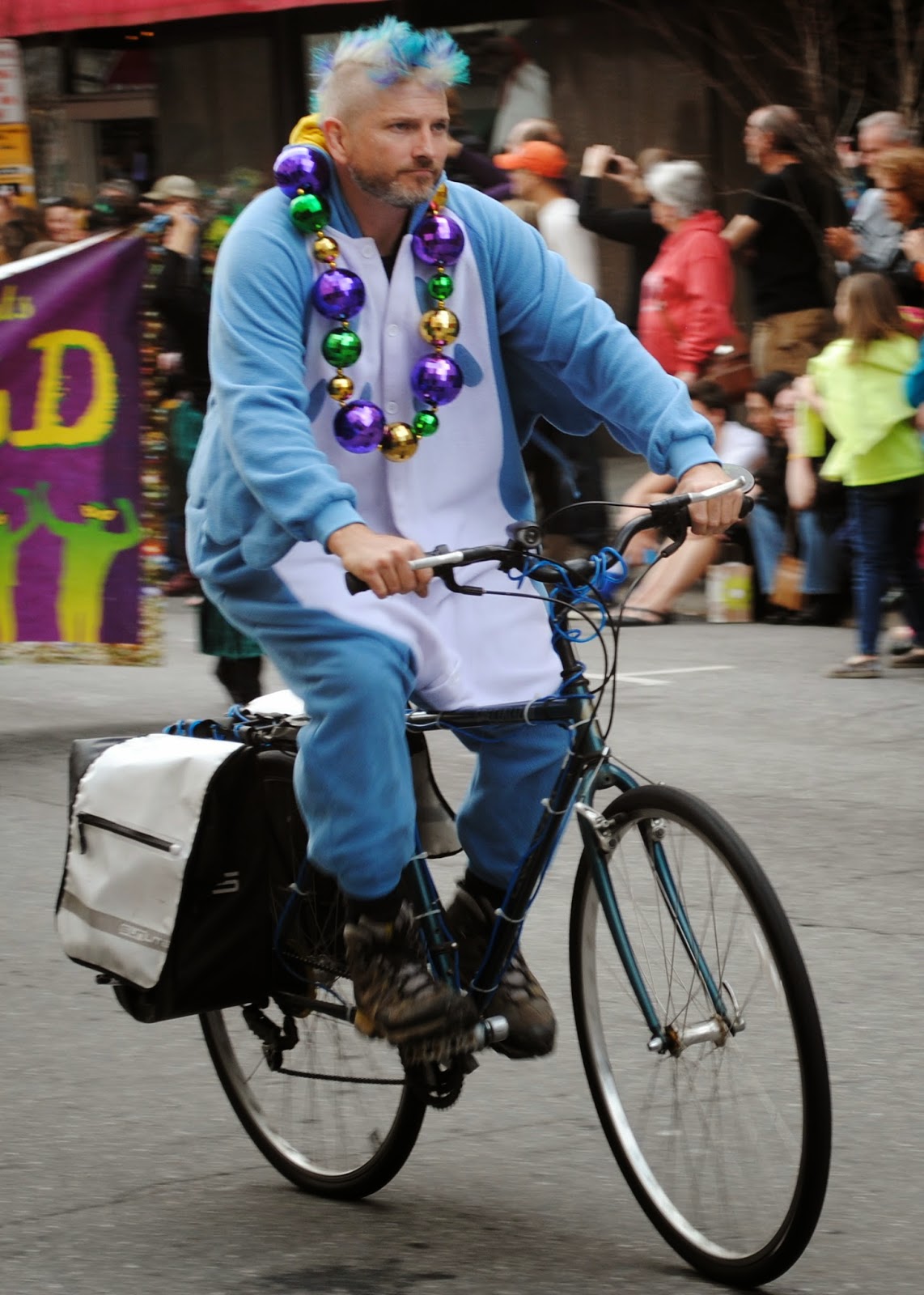 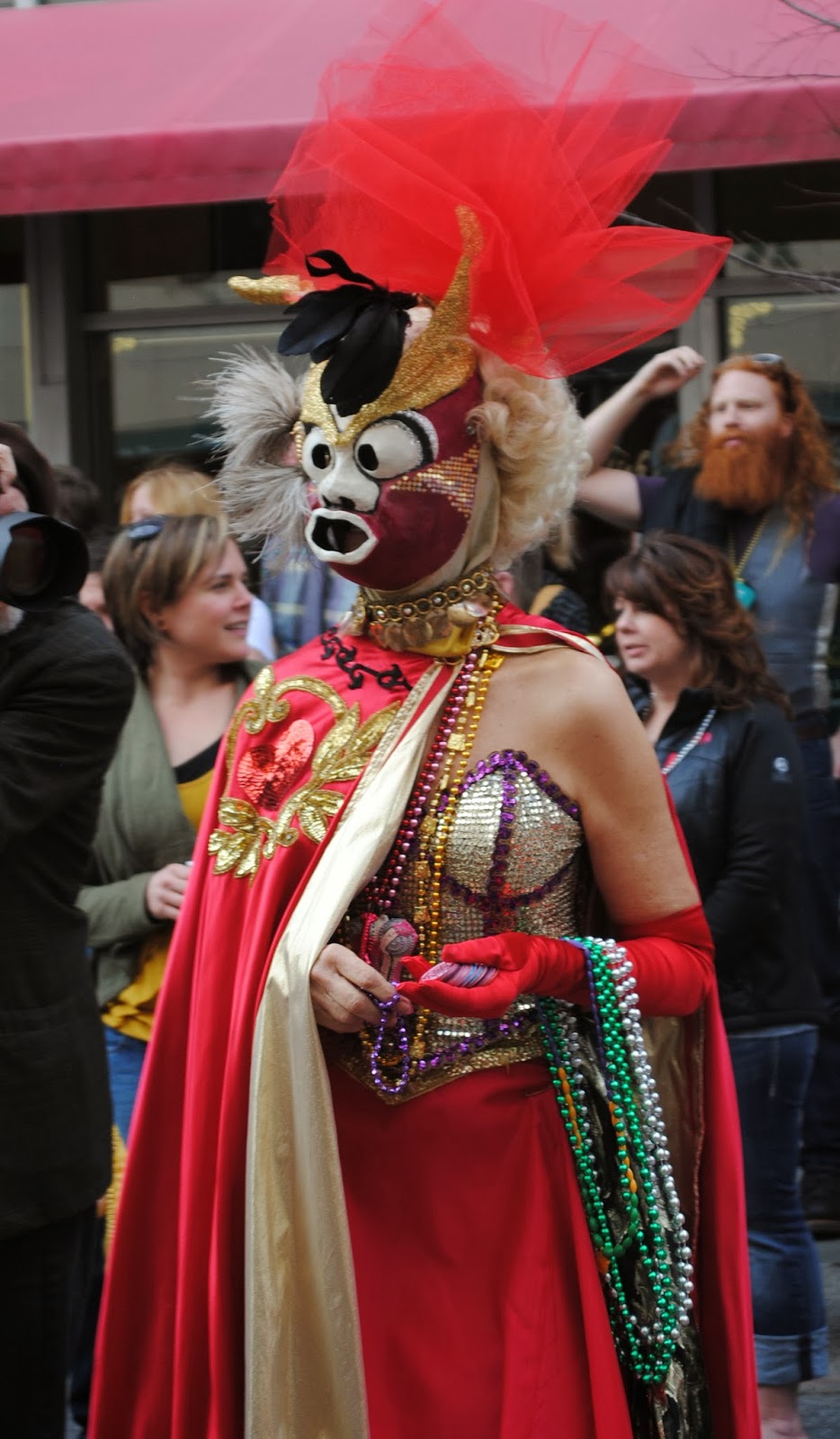 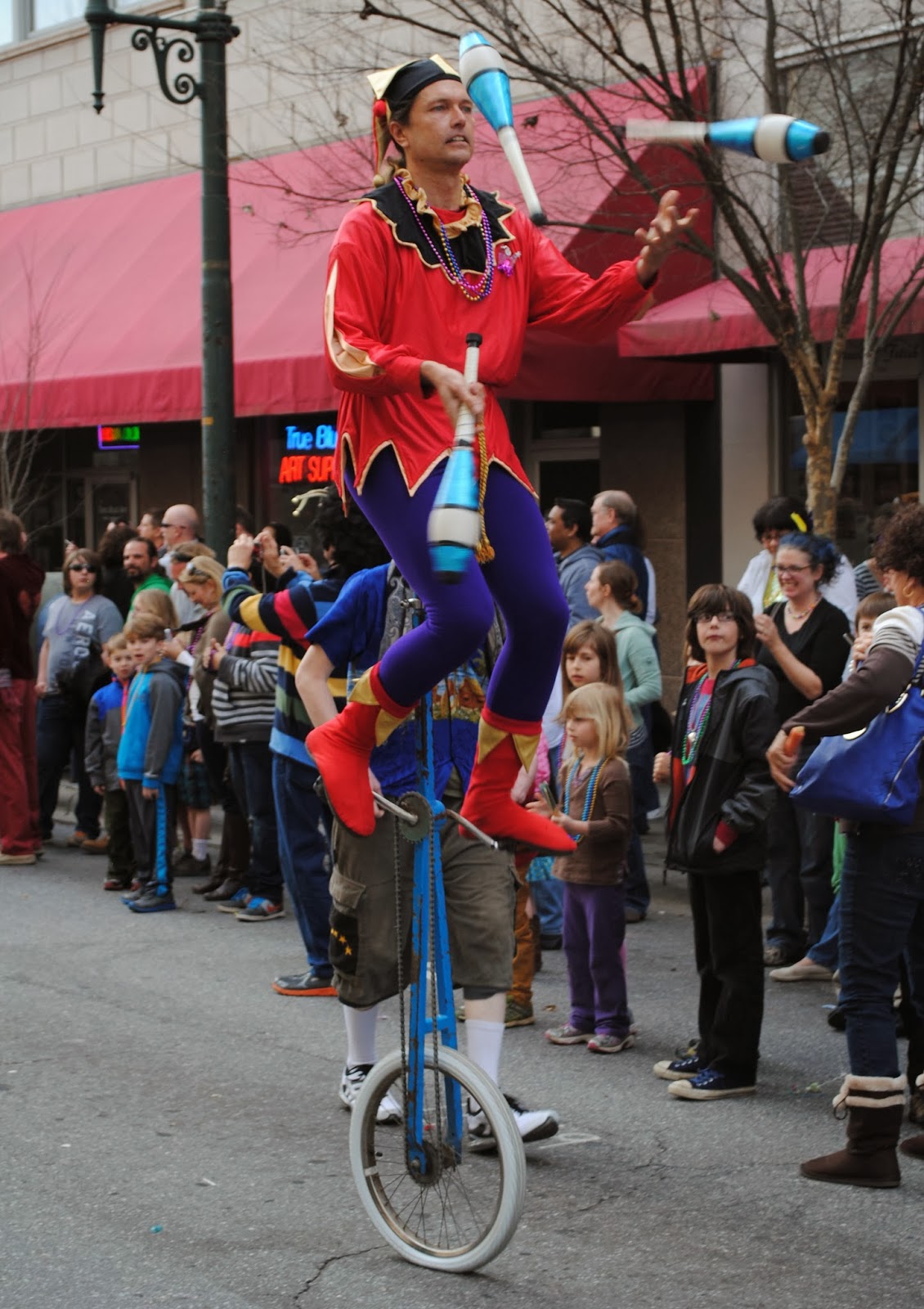 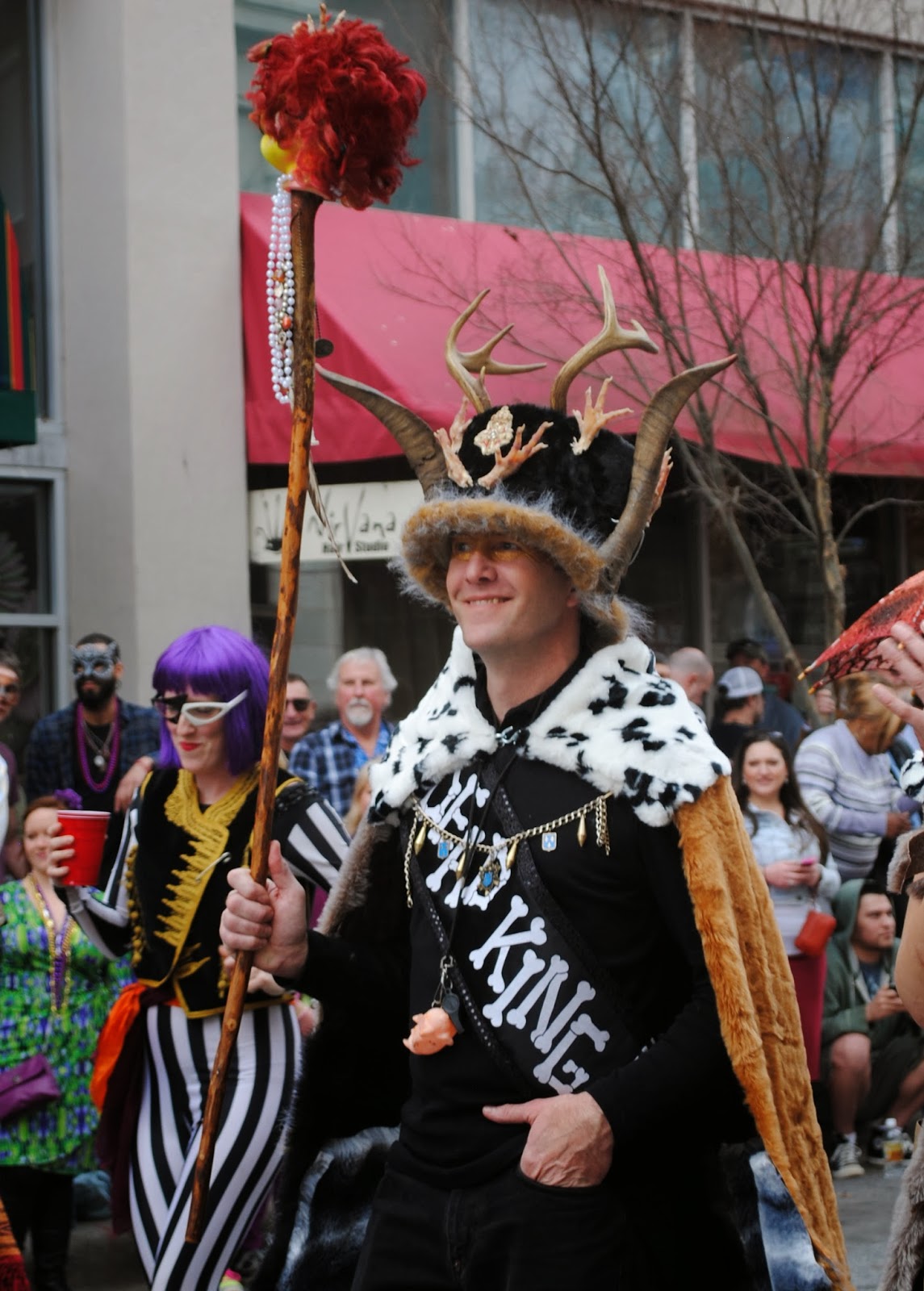 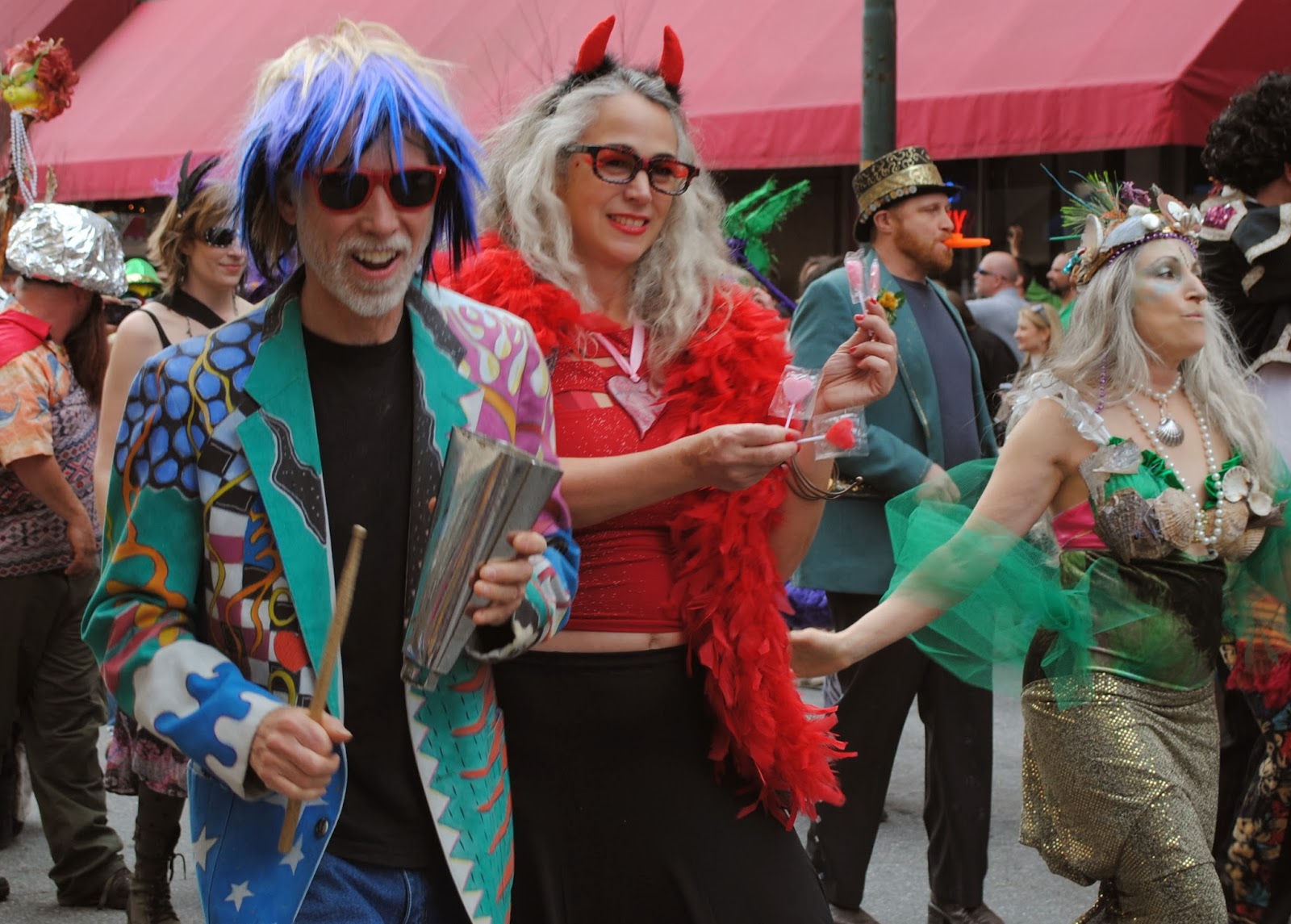 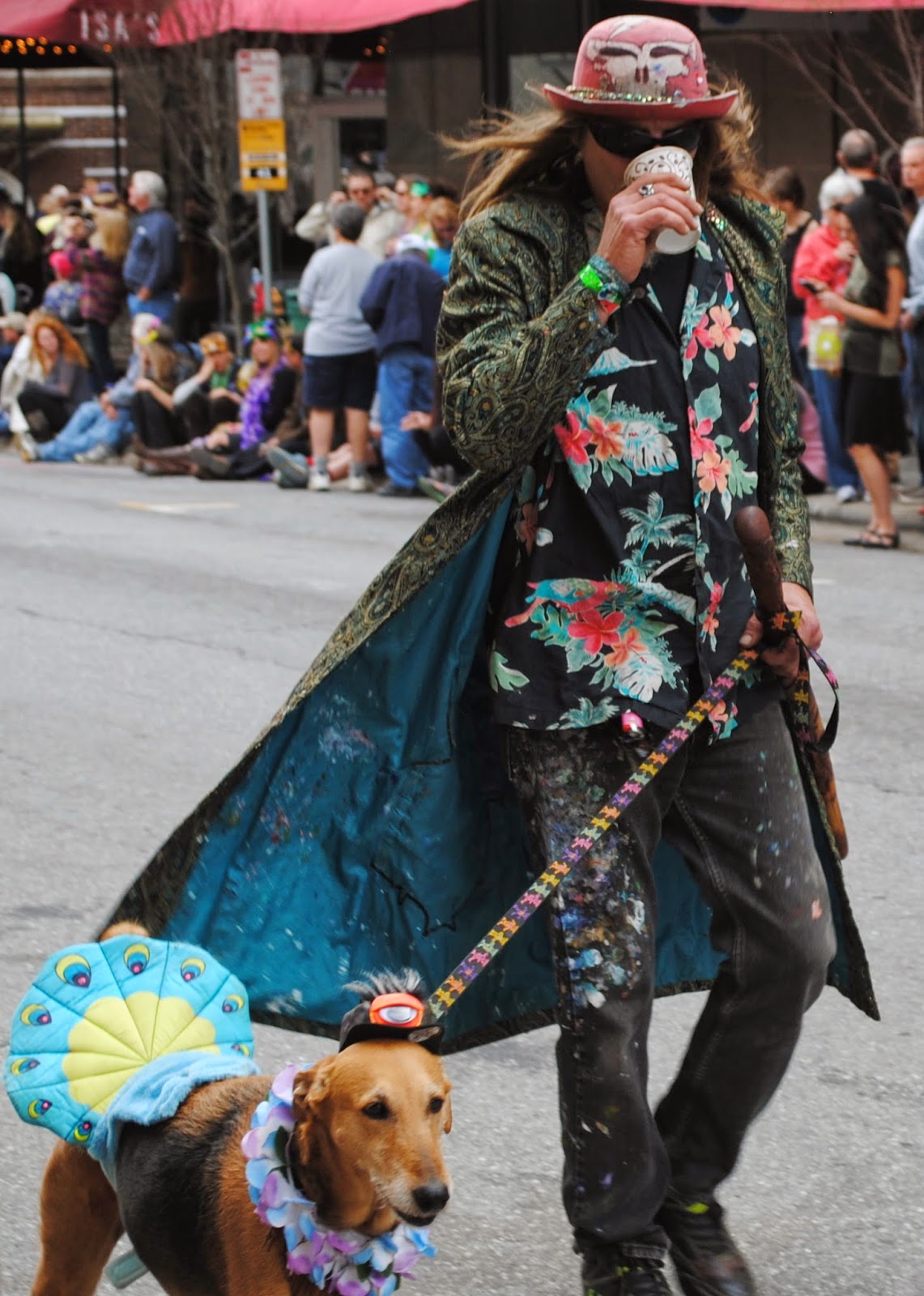 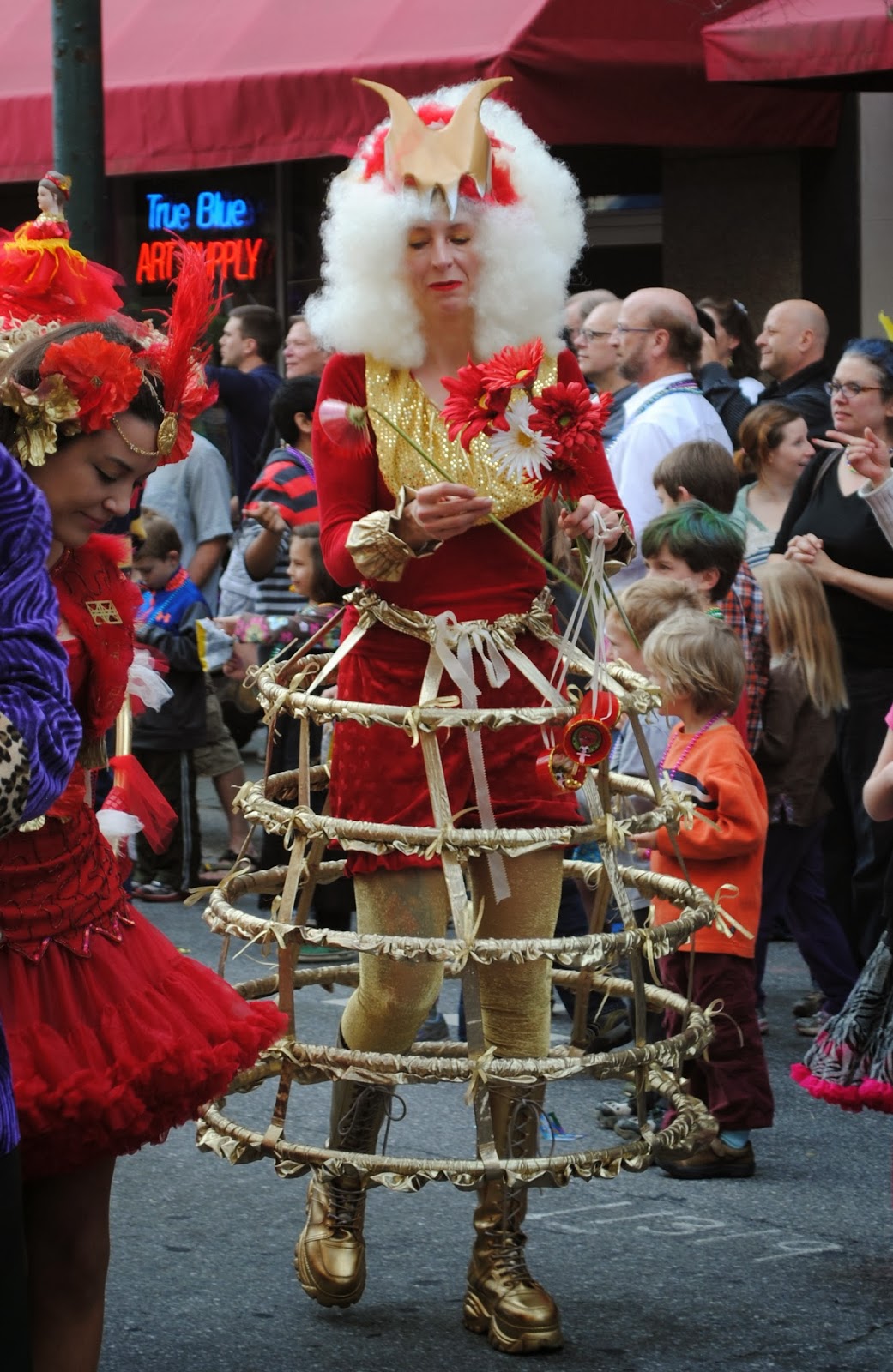 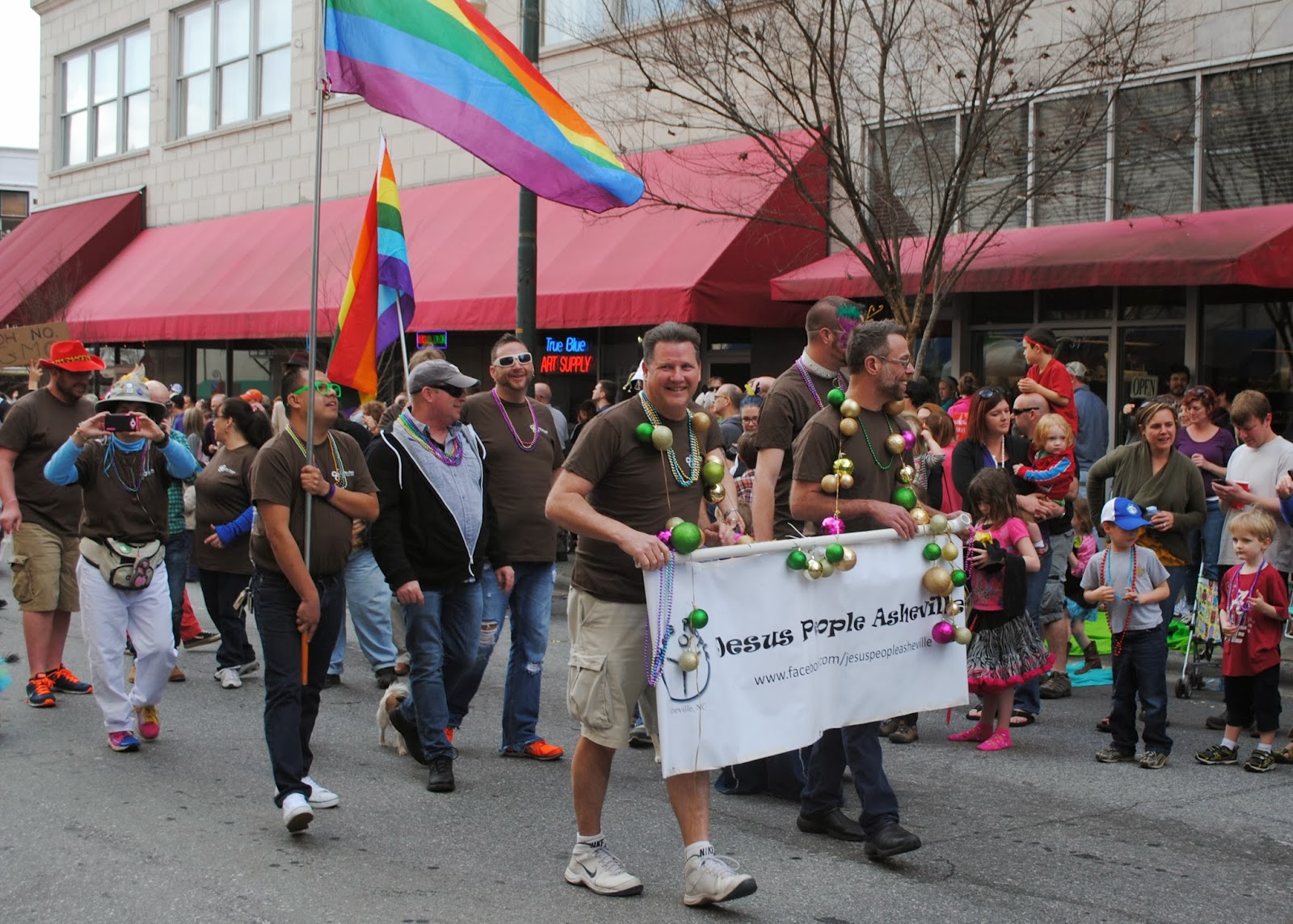 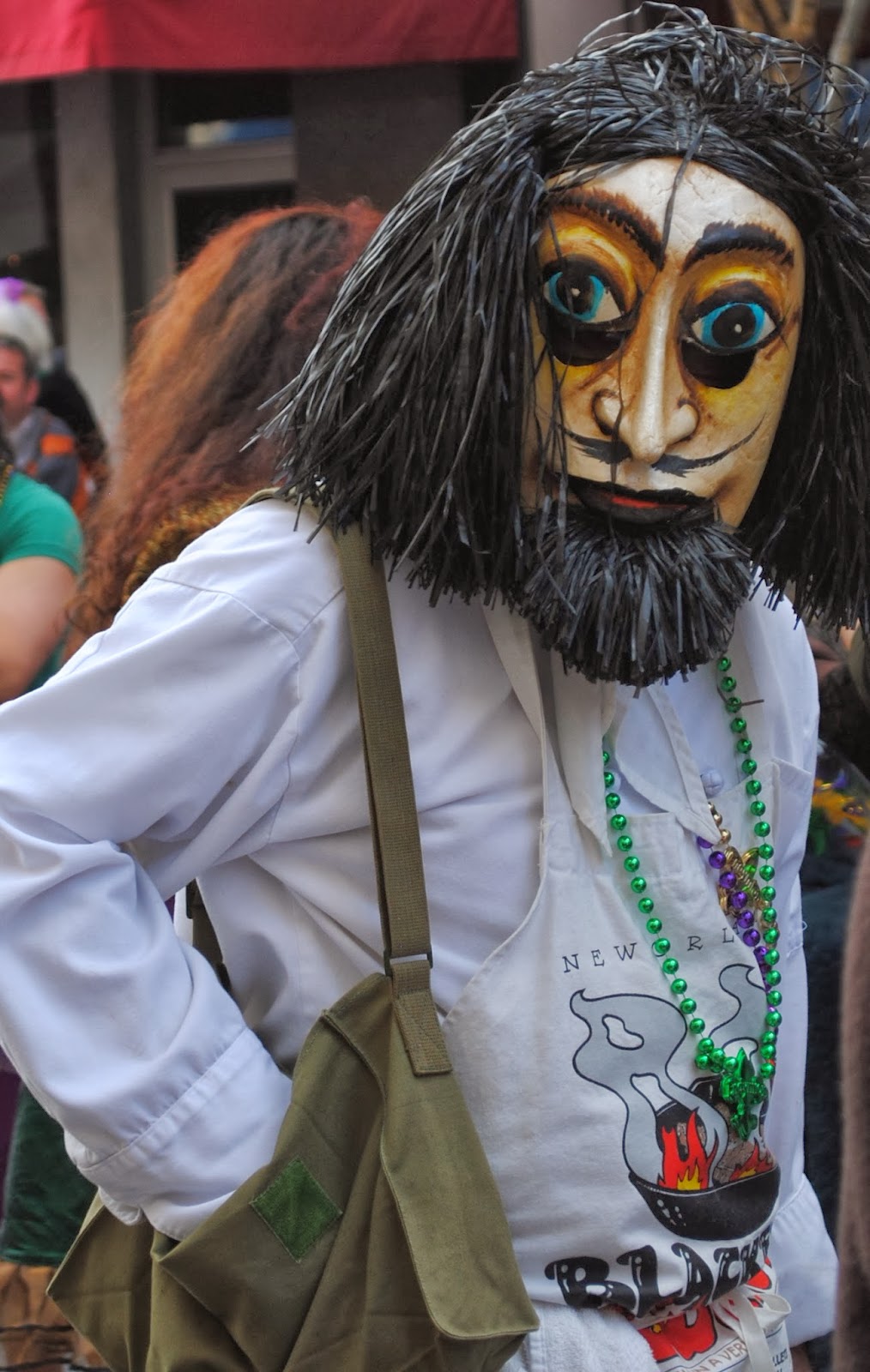 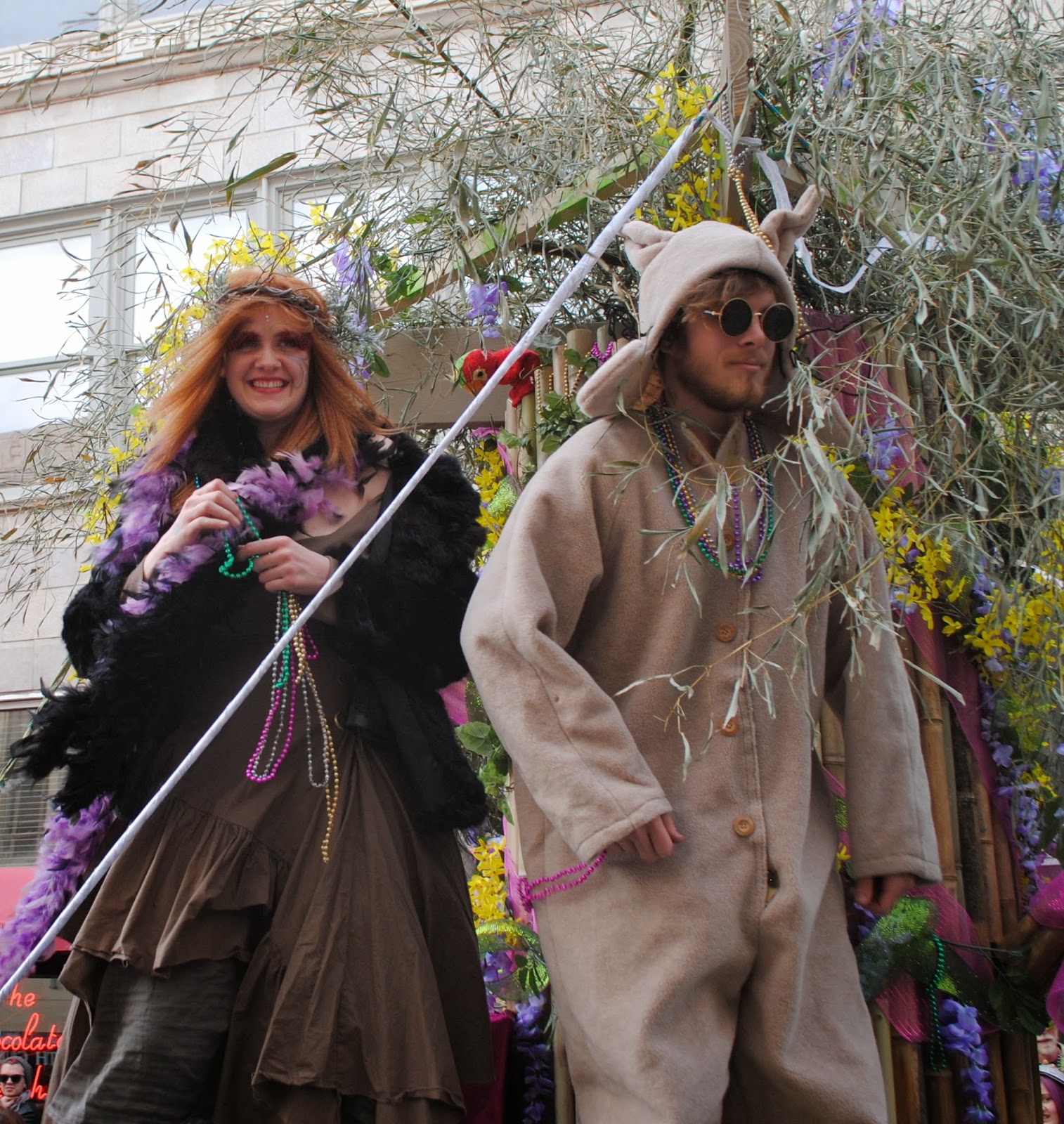 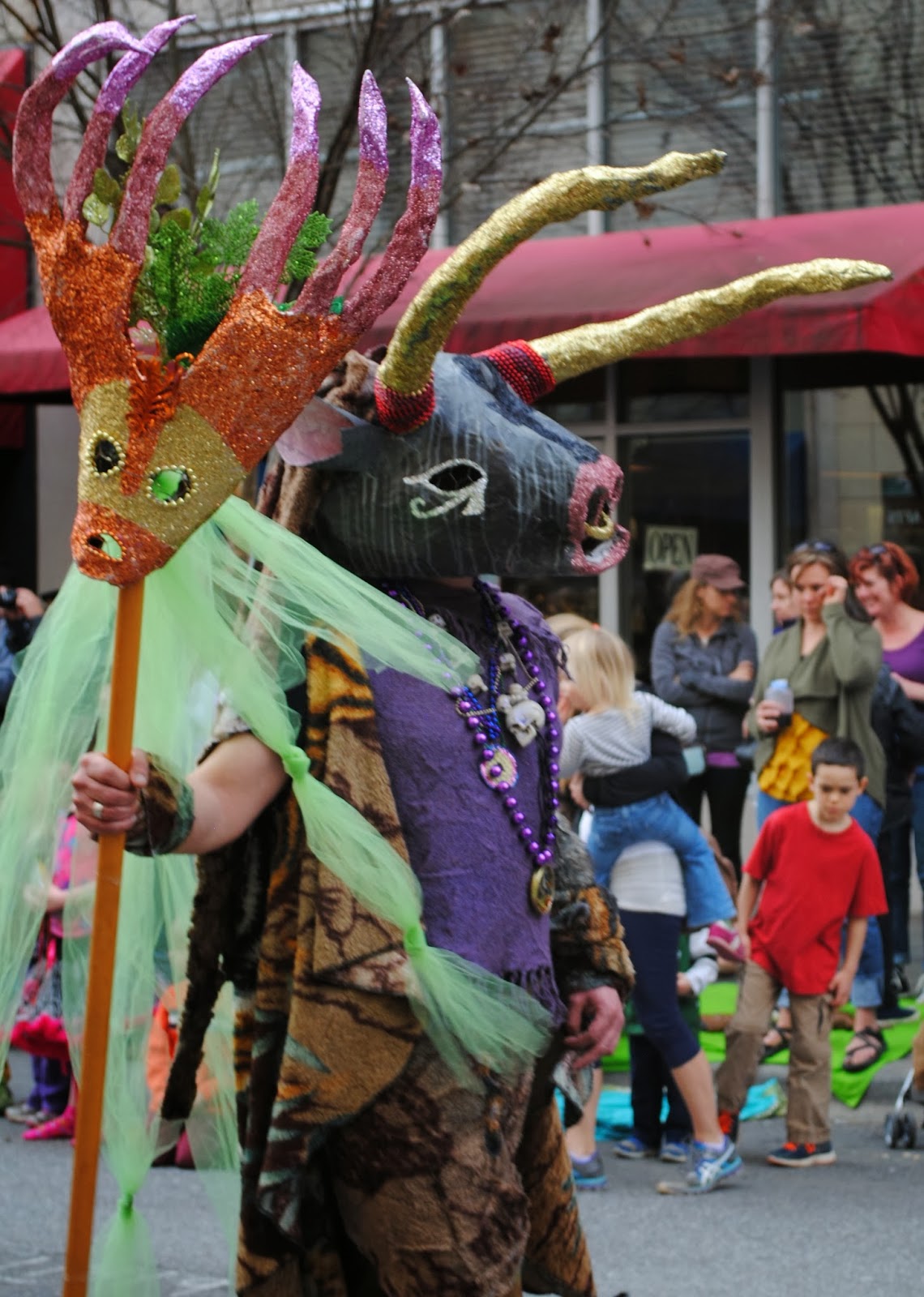 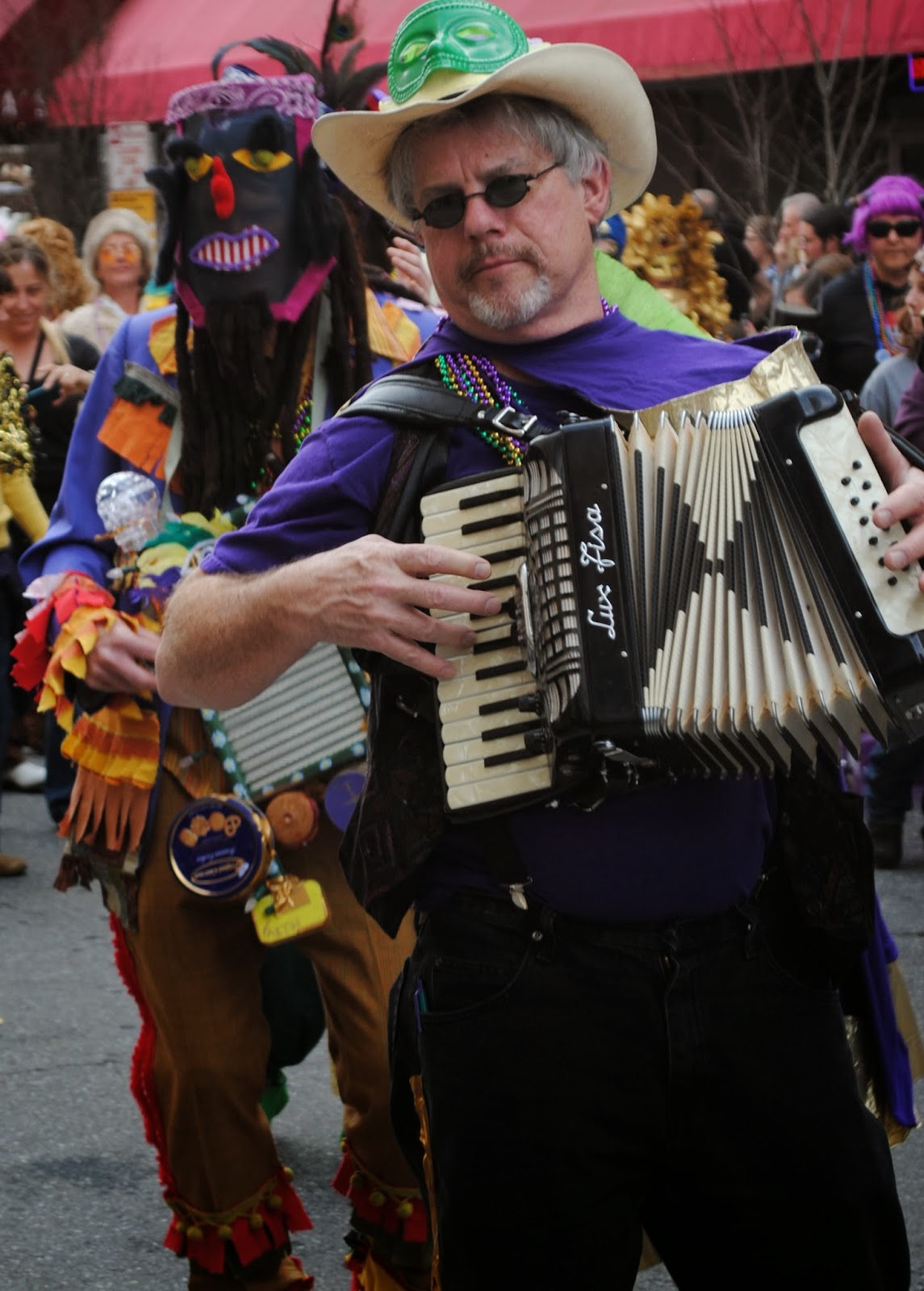 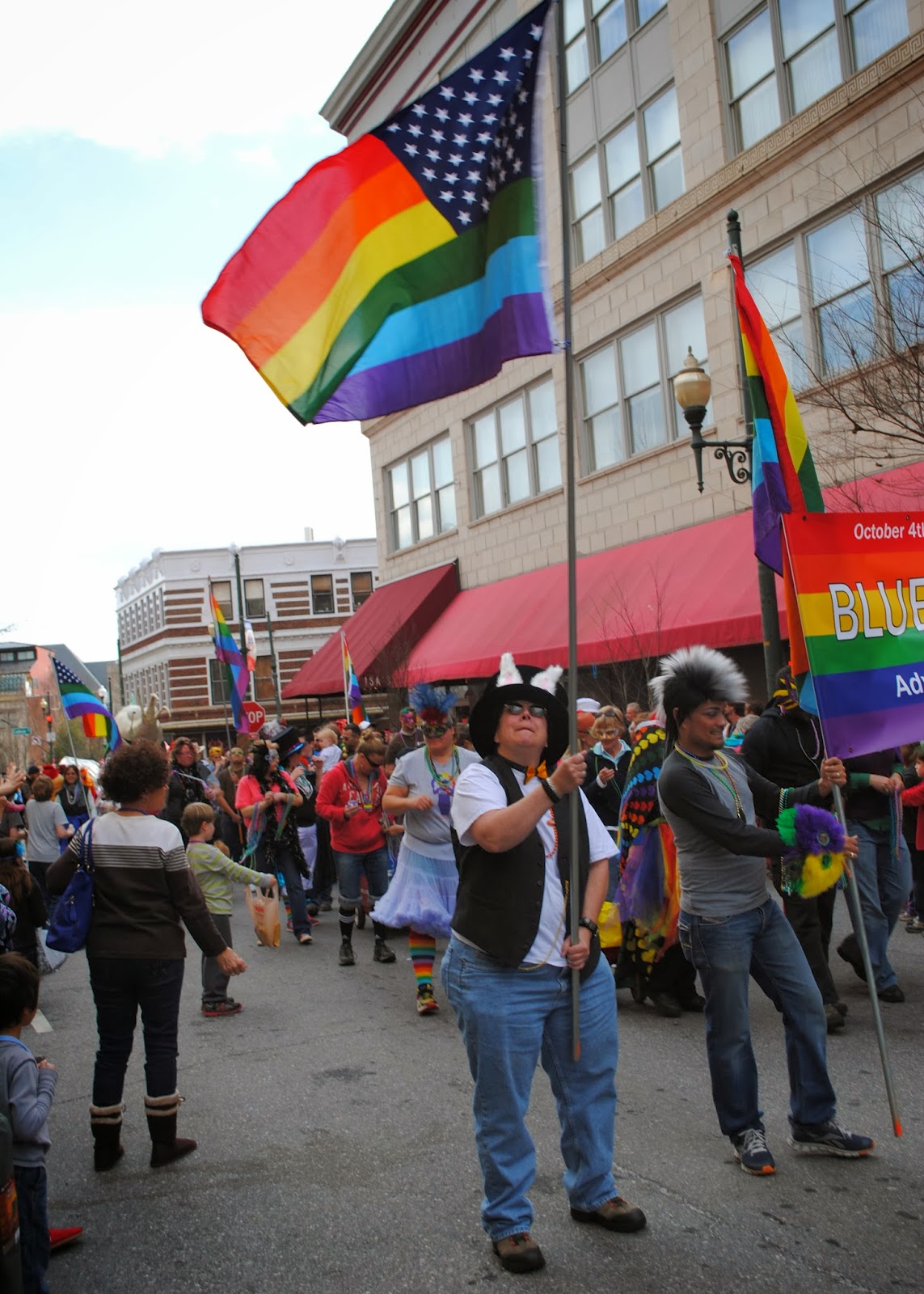 Please feel free to email me at jacobthecarpetbagger@gmail.com
And don't forget to check out my Flickr Photostream and my Youtube Page
Posted by Jacob at 8:22 PM