The Seven Wonders of Old Florida are currently being decided over at the facebook page of Visit Florida.  The wonders are being pitted against each other one-on-one and the public is deciding their fate.  Of course I am pulling for what I feel is the Ultimate Florida Wonder: Weeki Wachee.

However, there is another Florida Wonder that is currently up for contention, the mysterious Coral Castle. 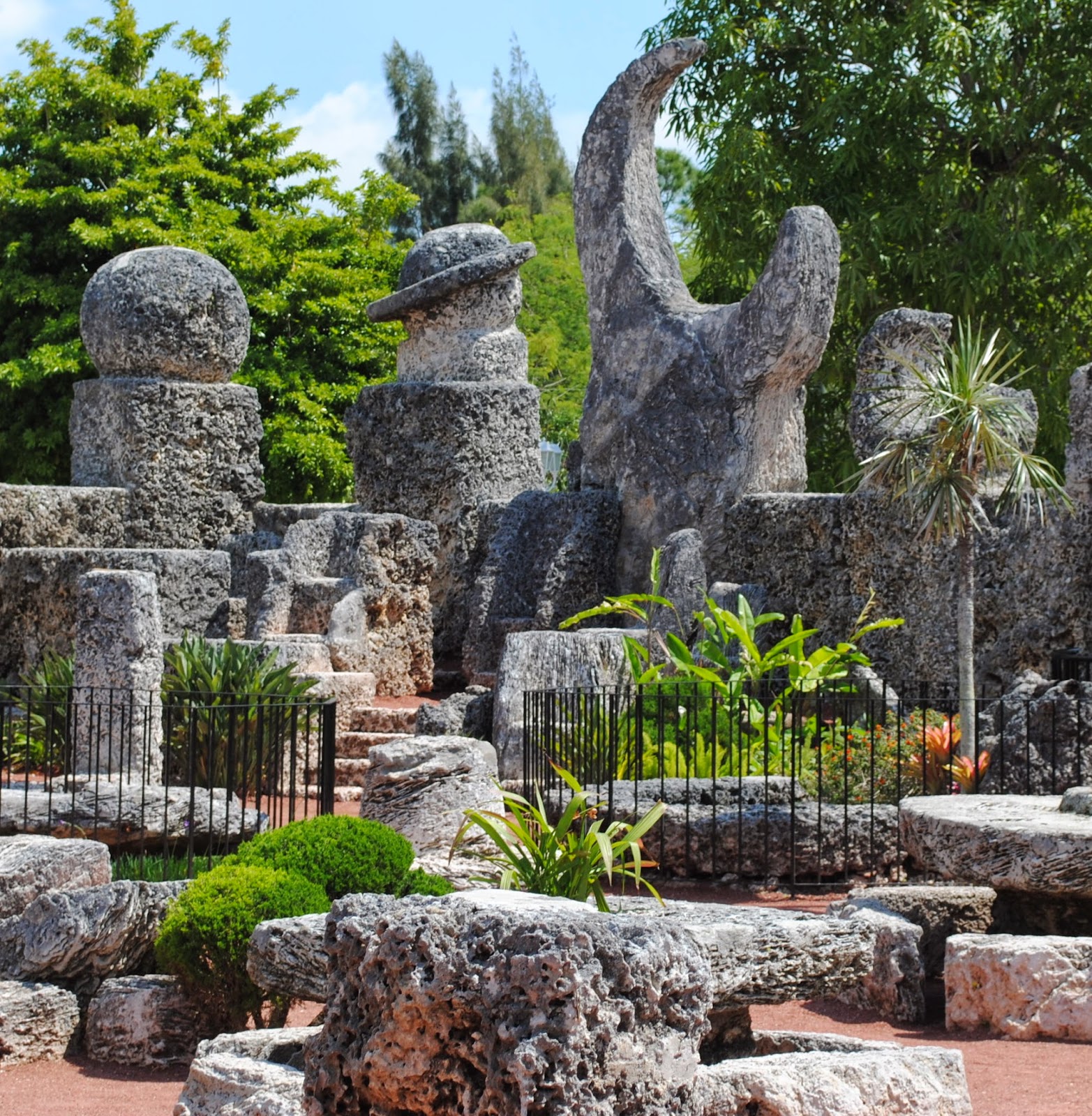 A few years back, I had the opportunity to take a 24 hour trip to Miami.  I tried to make the most of time and took an opportunity to visit the Castle.

The "Castle" is actually an walled in open courtyard.  It is made of "coral" which apparently is what the ground is made of in Miami. 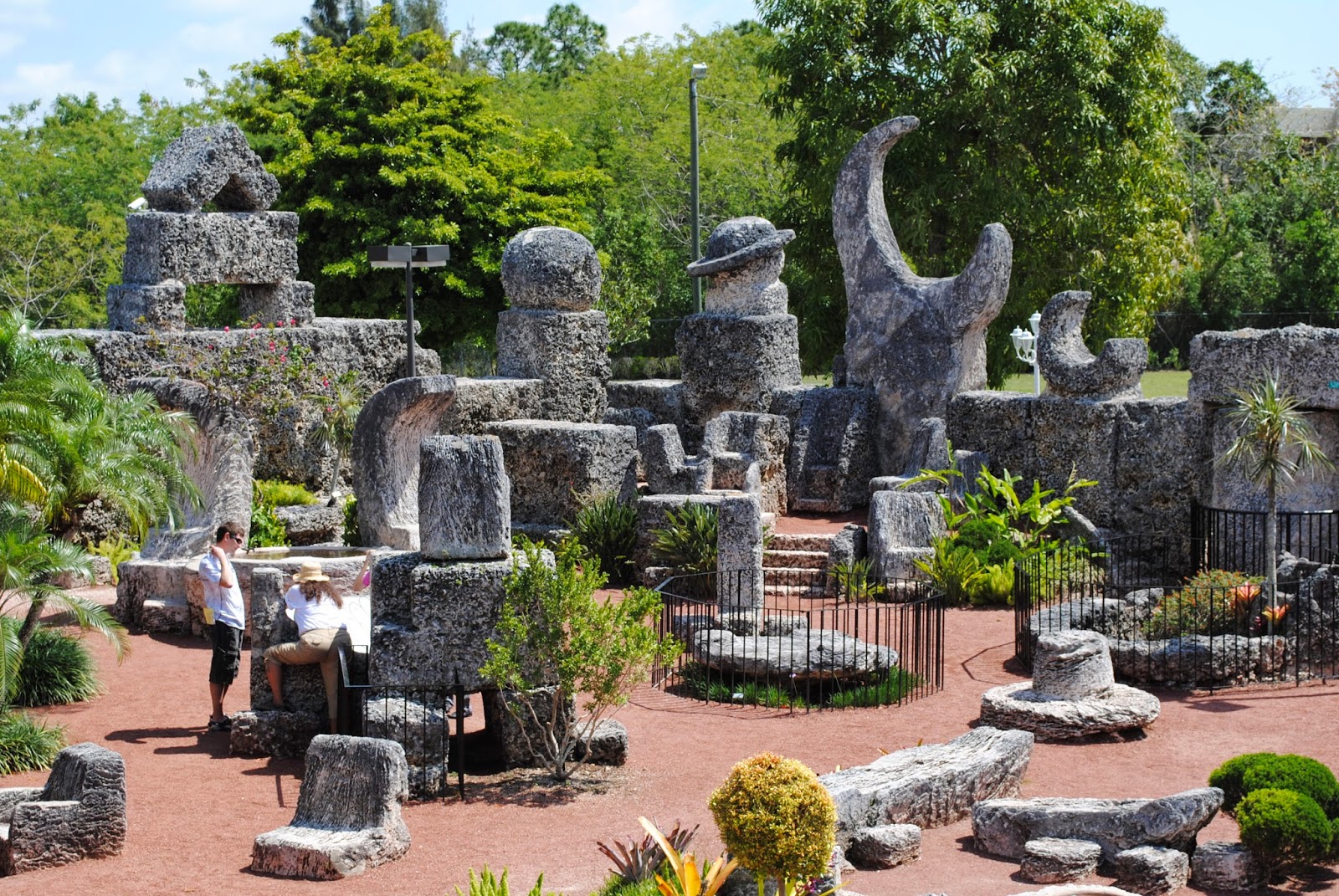 However, the most remarkable thing about the Castle is its back story.

The castle was built by one very small man:  Edward Leedskalnin.  Edward was Latvian, who was stood up at the alter by his much younger 16 year old fiance.  Edward was devestated and did what any reasonable man would do.  He went crazy and dedicated the rest of his life to building a homeage to the life he never had with his young bride. 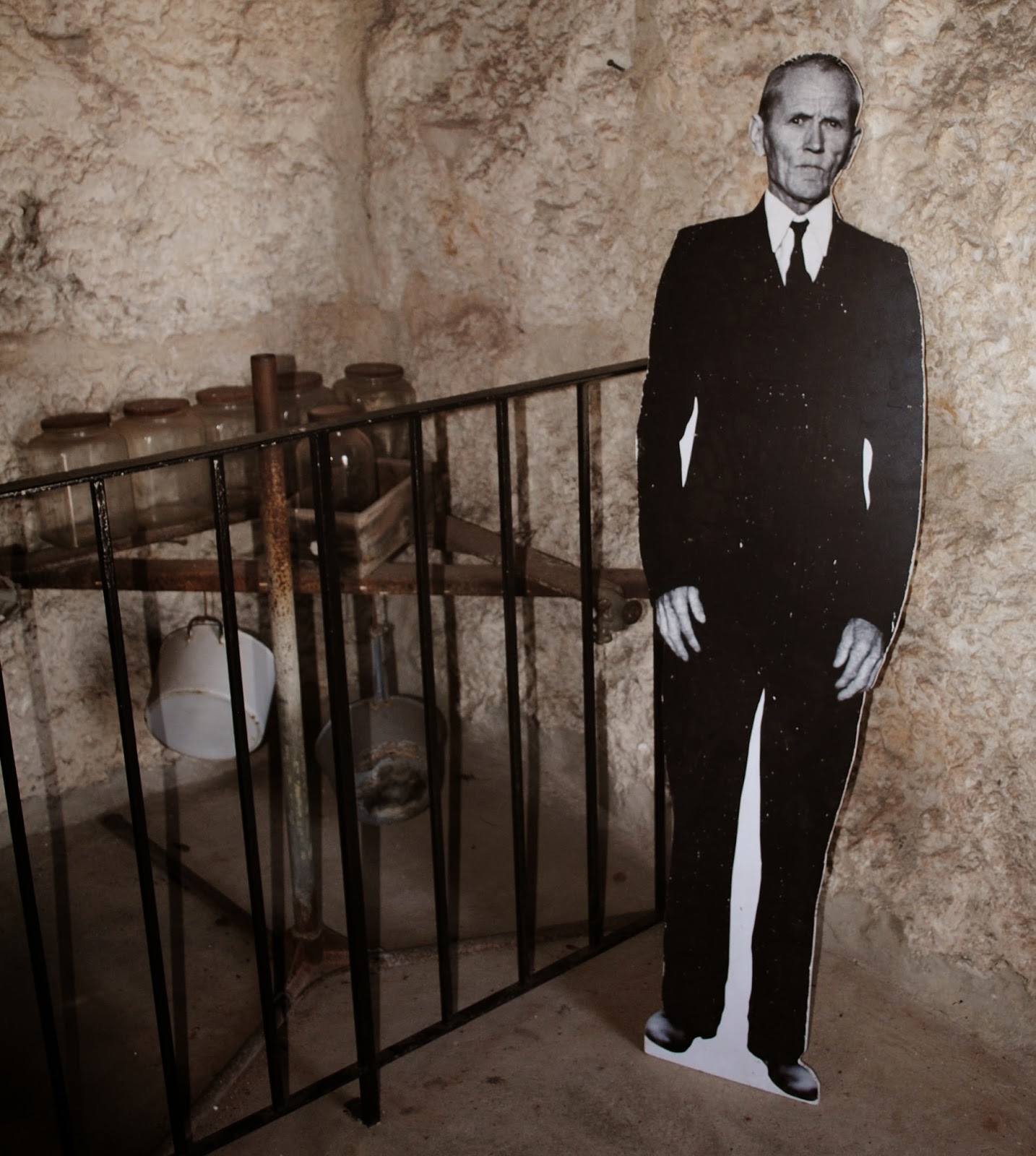 Edward would move to Florida and begin working on this castle.   The thing is, no one has any freaking idea on how he did it.  Some of the pieces of Rock weigh over 30 tons, yet Edward never had any help and always worked alone.  There are several theories on how Edward did this, but all of them involve Edward having magic powers. 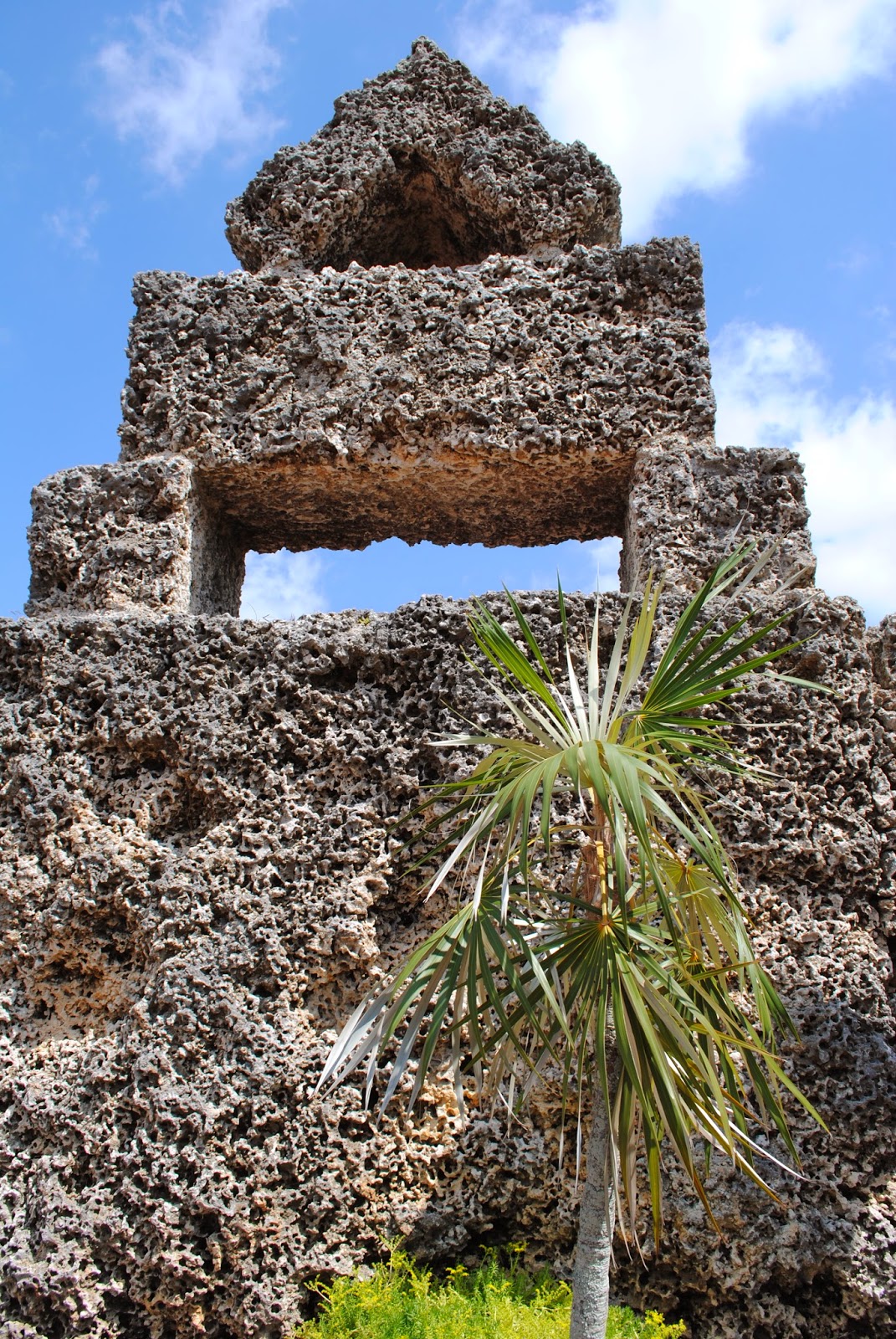 One of the marvels that Edward created was this 9 ton gate that was perfectly balanced and could be turned by a child's finger.  When Edward died in 1951 the gate continued to function perfectly over 30 years when the medal bearings inside rusted.  It no longer functions properly and no modern architect can get it back to its previous function. 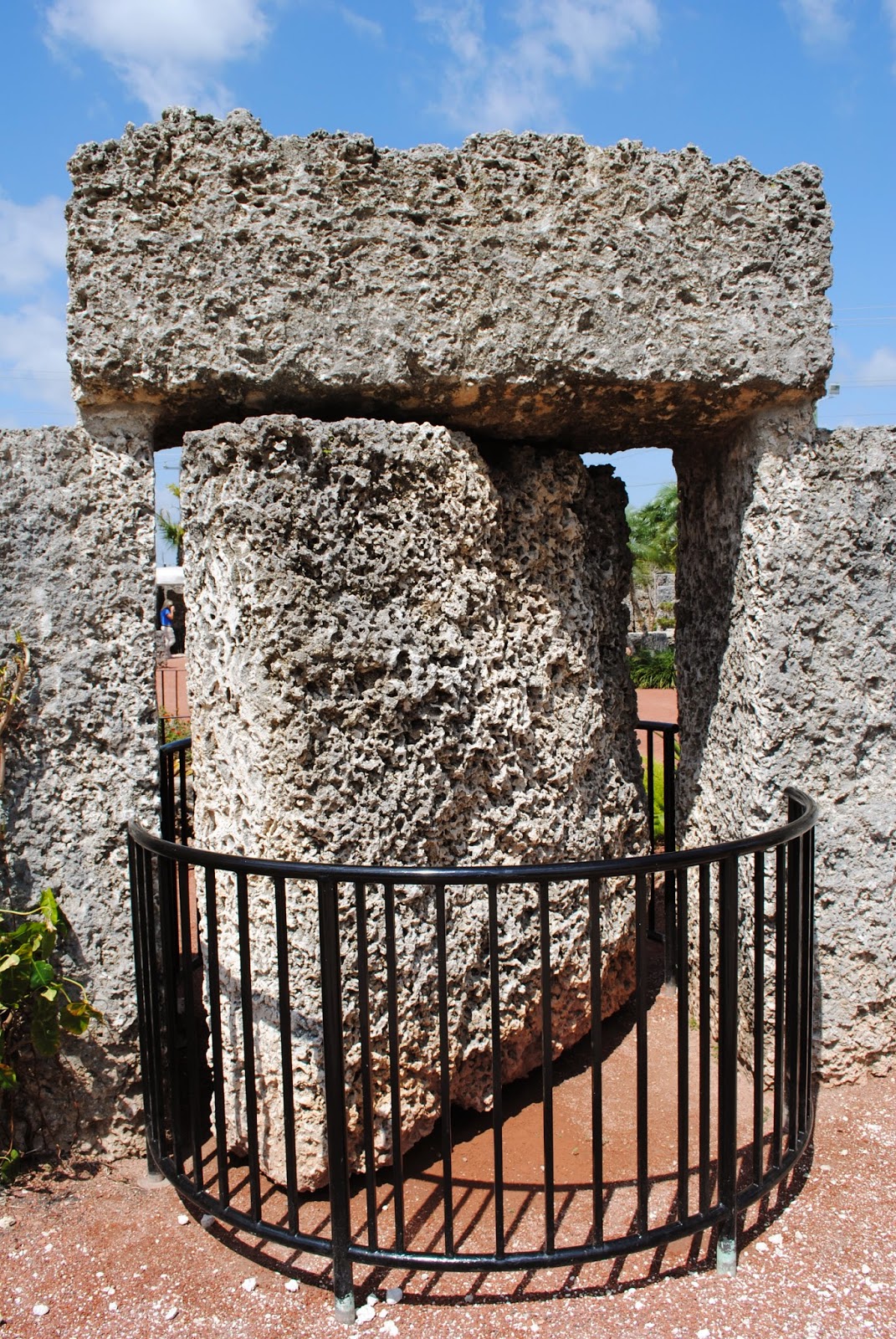 Even more shockingly, Edward actually moved the castle 10 miles down the road in the thirties. 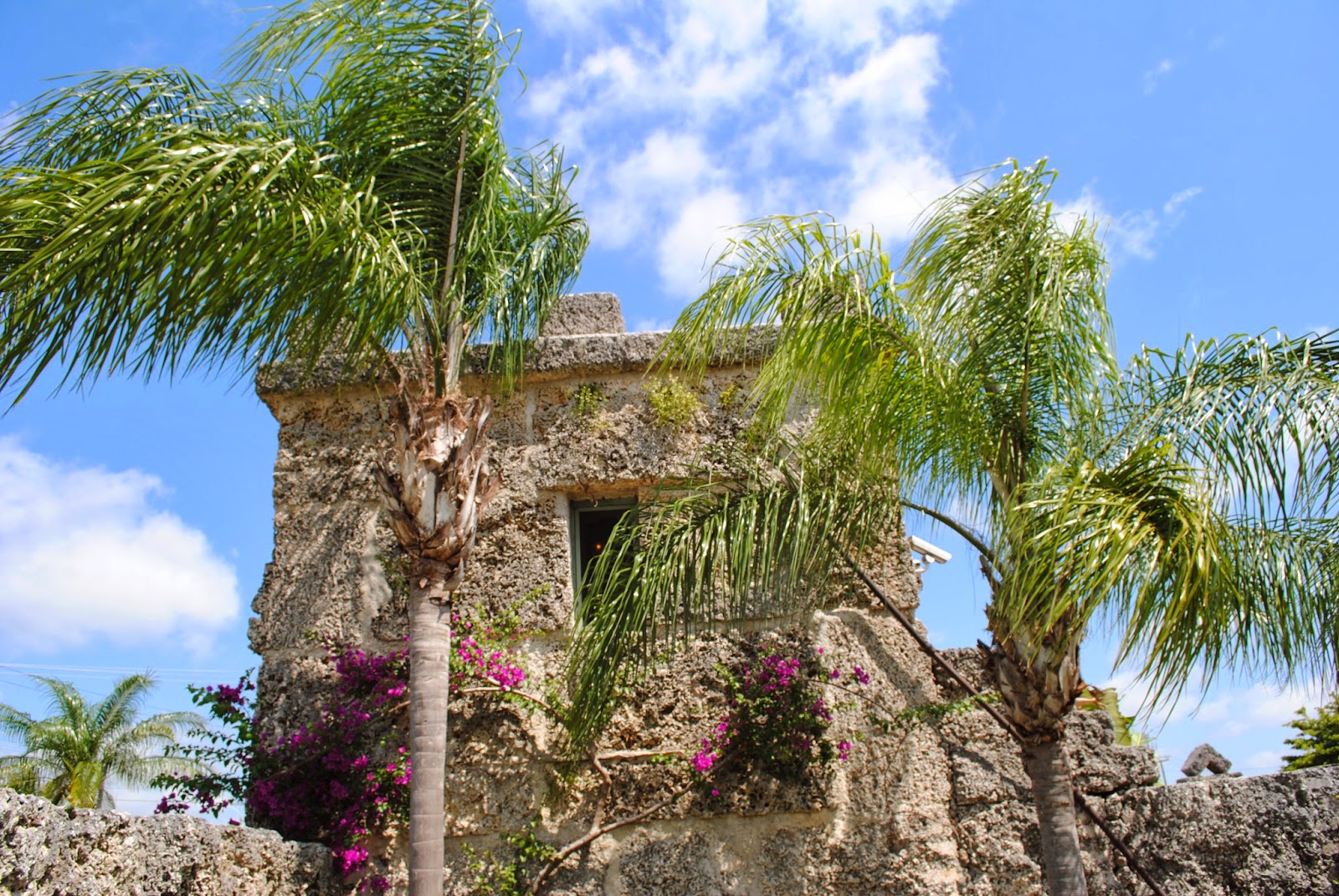 Edward would live humbly in the tower of the castle, which was the only part of the castle that was covered.  There was some tools left behind, but they fail to solve the mystery, as none of them appeared capable of hoisting 30 tons. 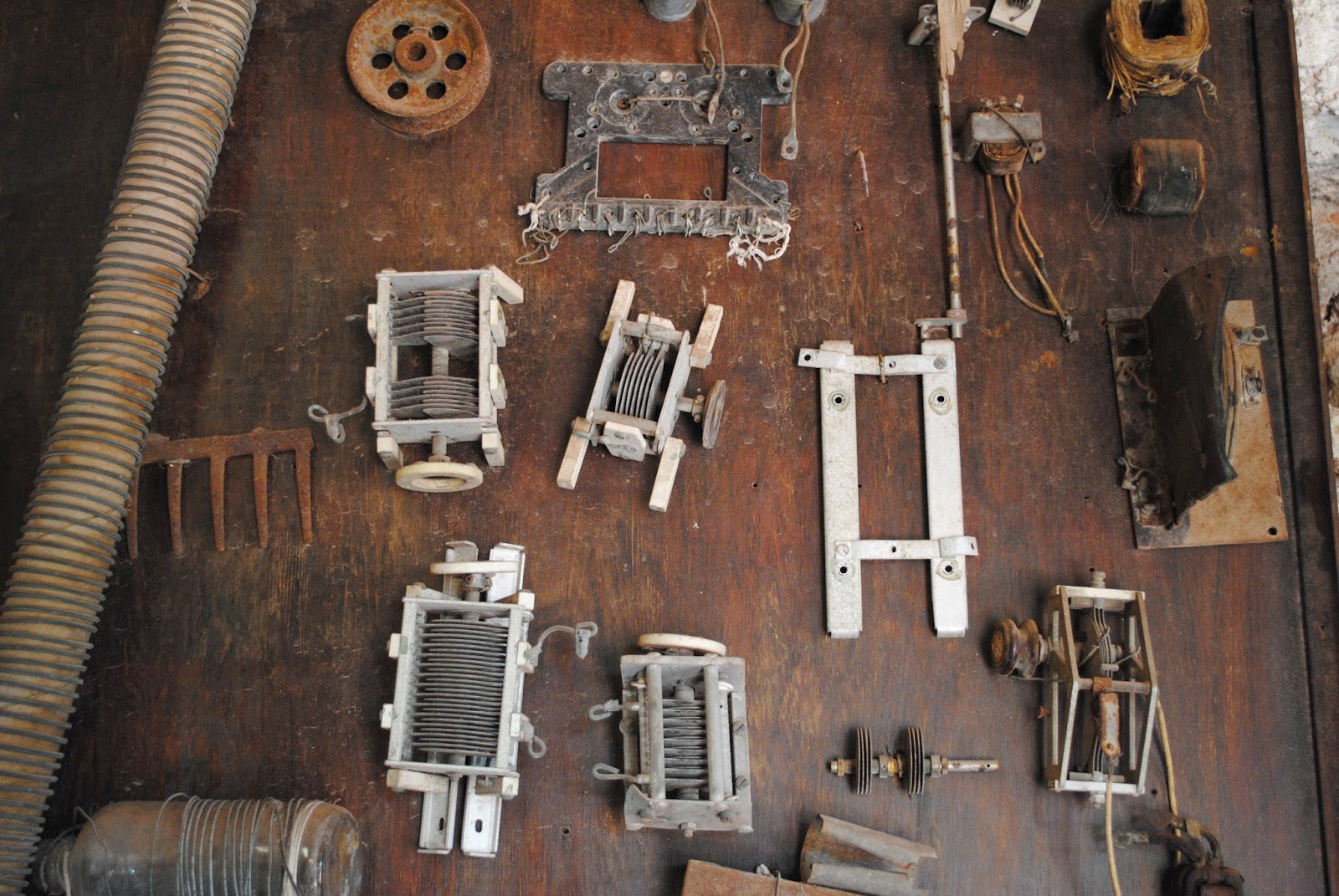 Originally, the visitor would drop ten cents into this receptacle to begin the tour. 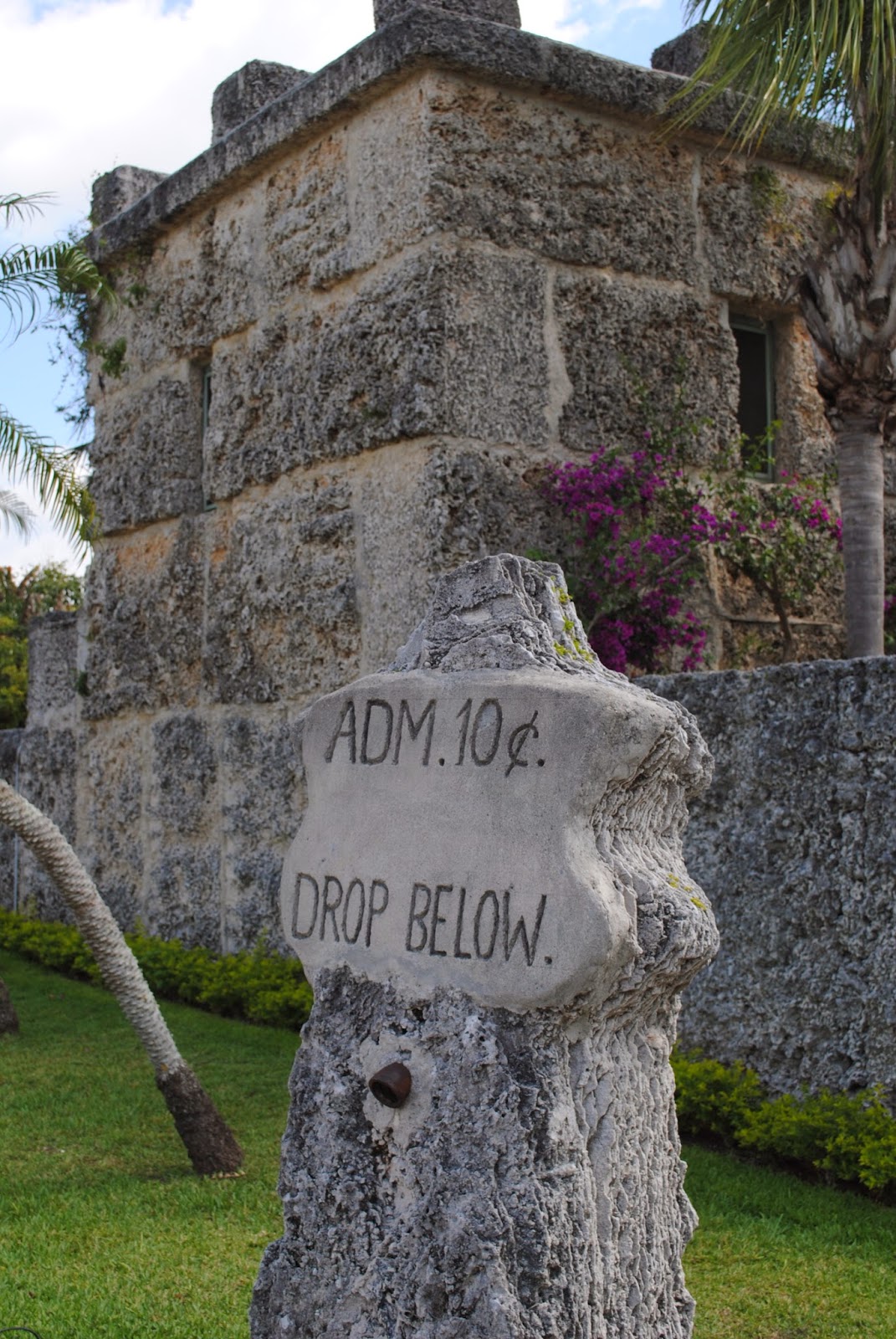 The castle is fit with such modern amenities as coral jacuzzi..... 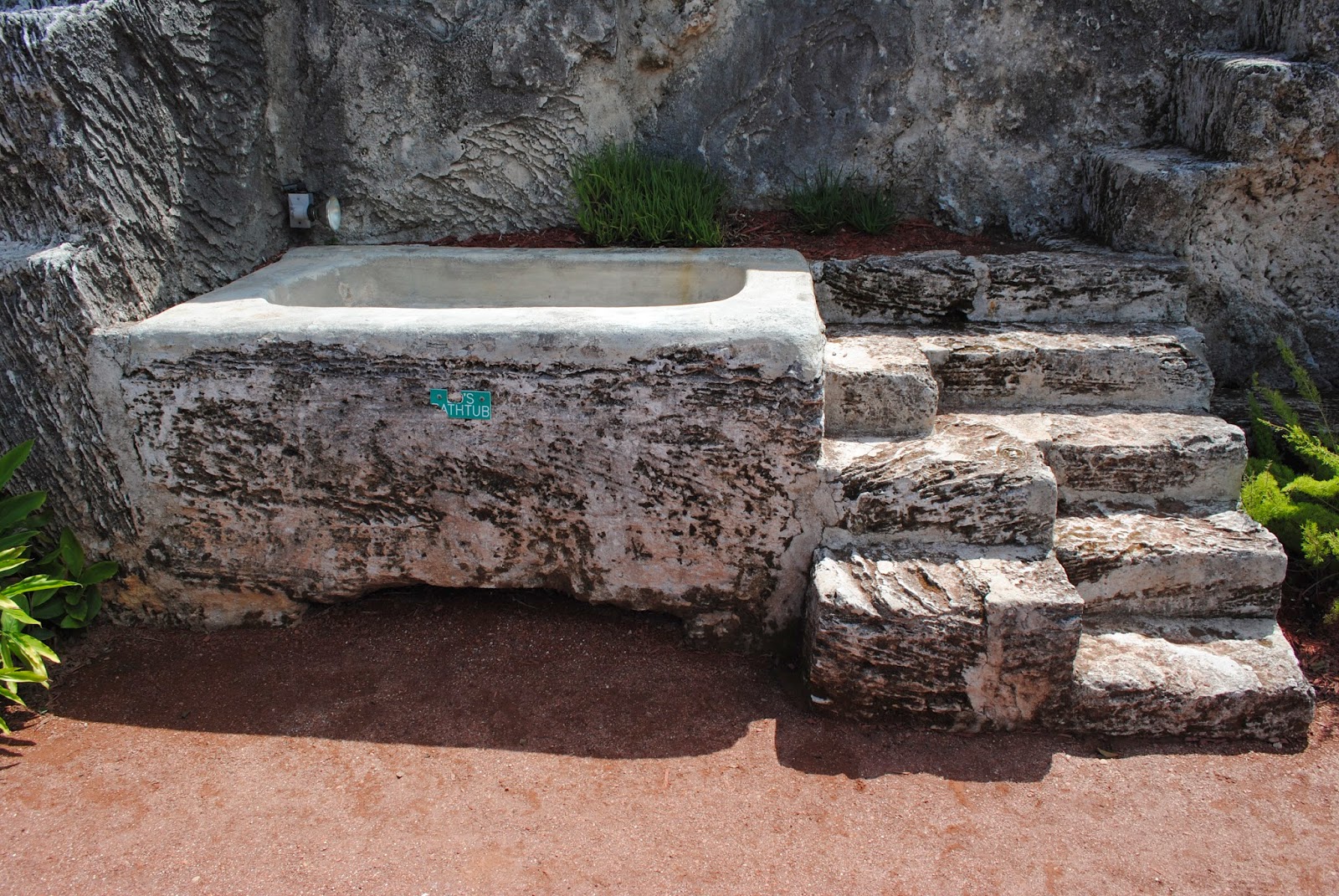 And the world's most uncomfortable beds..... 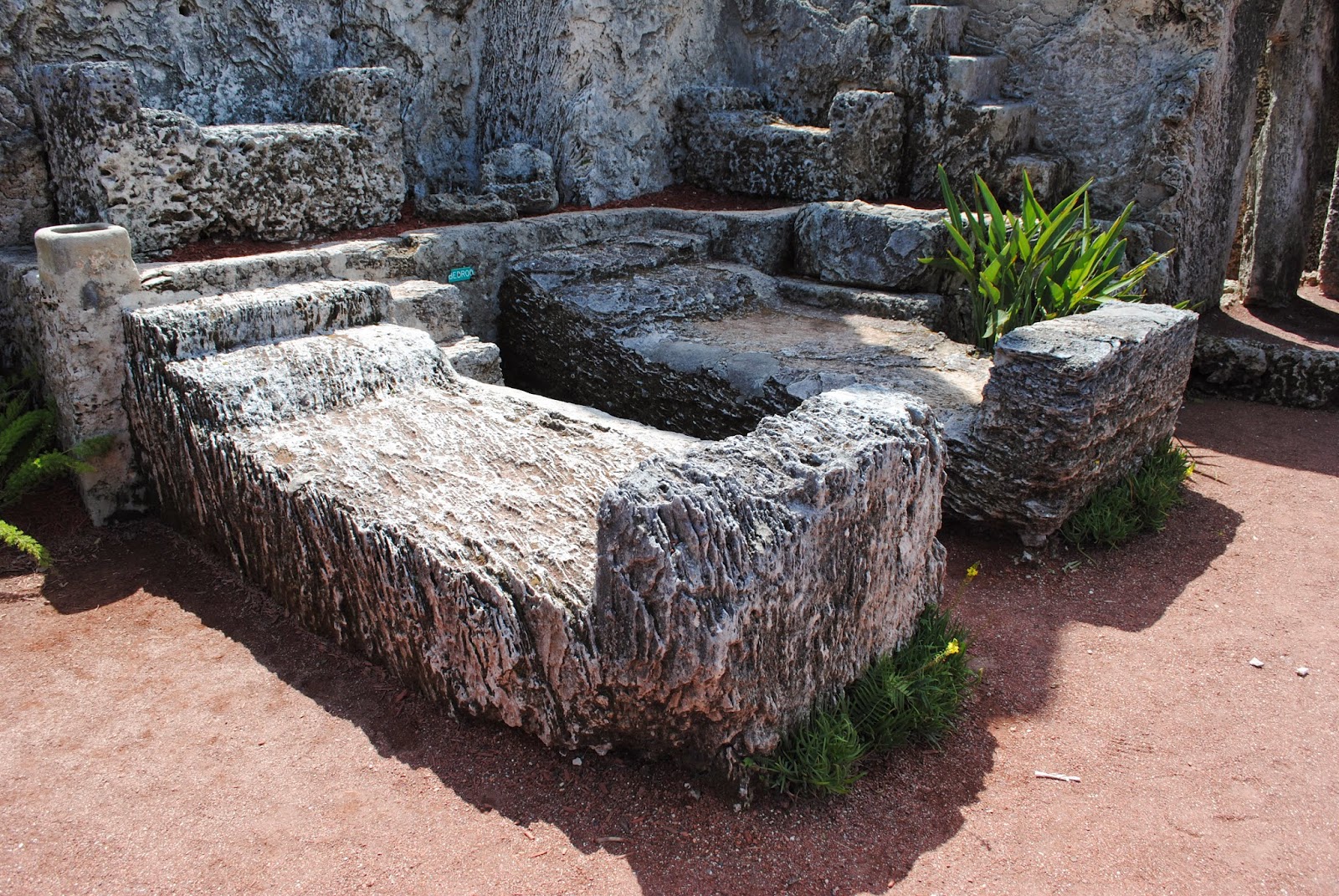 There is plenty of coral furniture..... 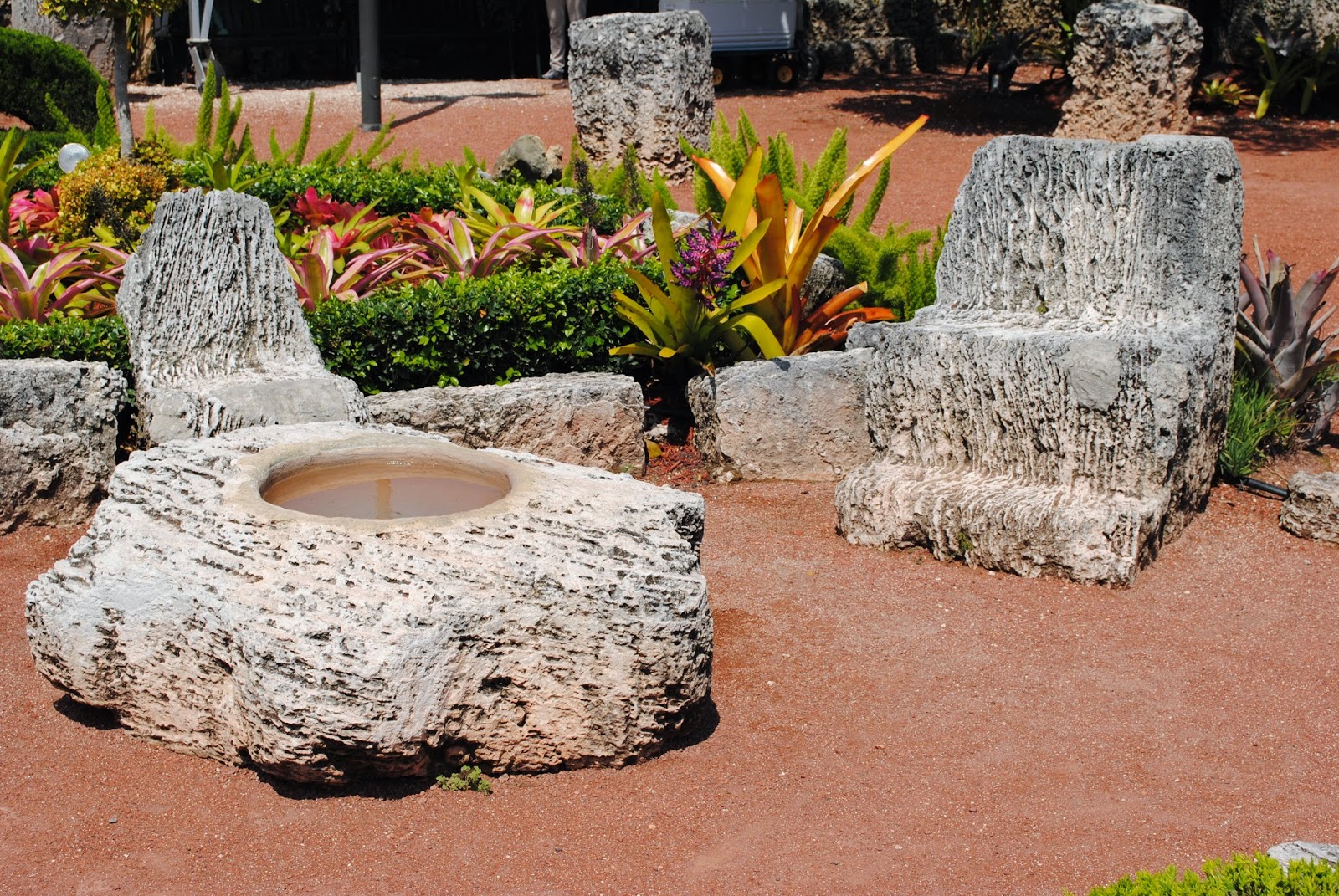 Including both a heart shaped table..... 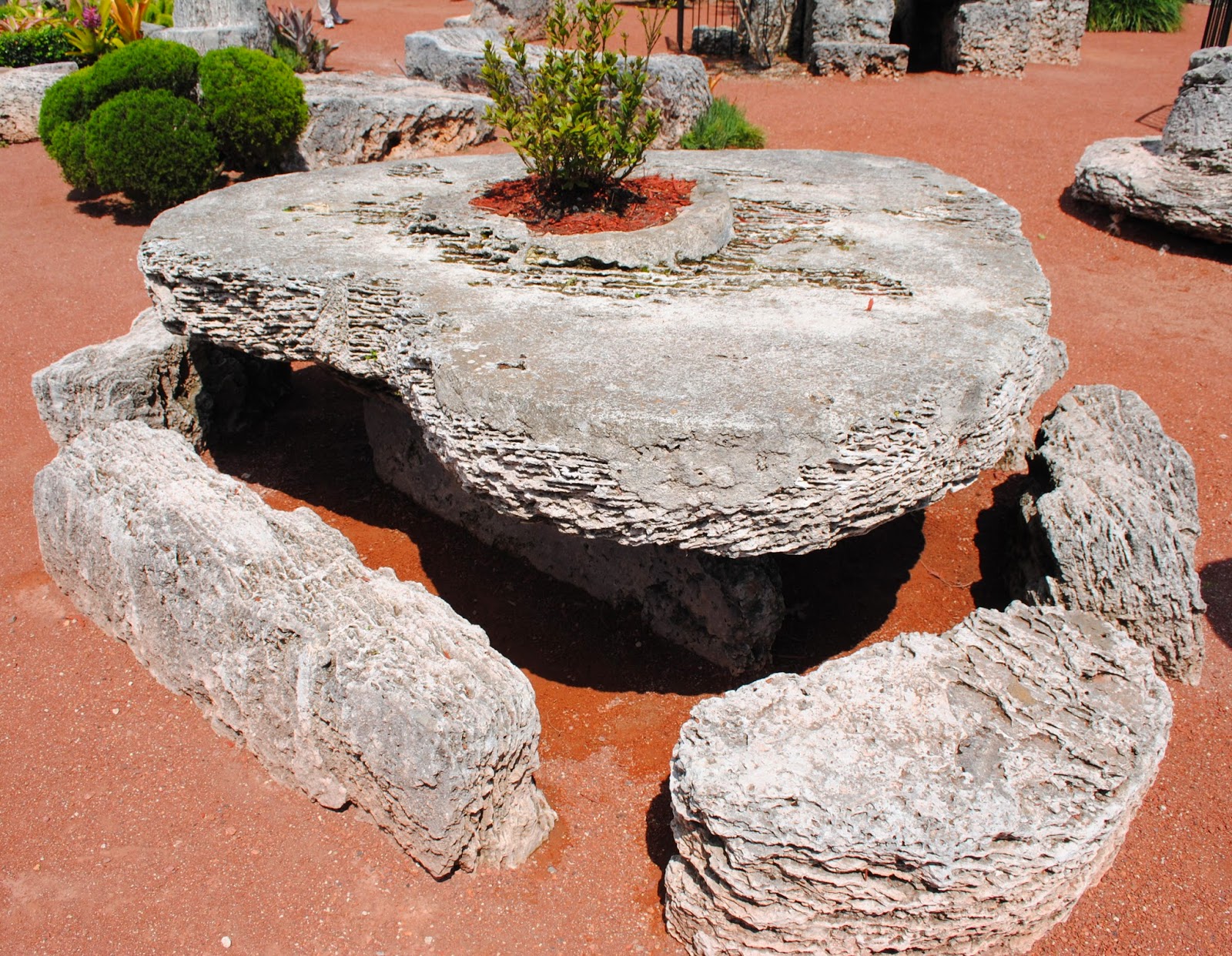 And a table shaped like the great state of Florida..... 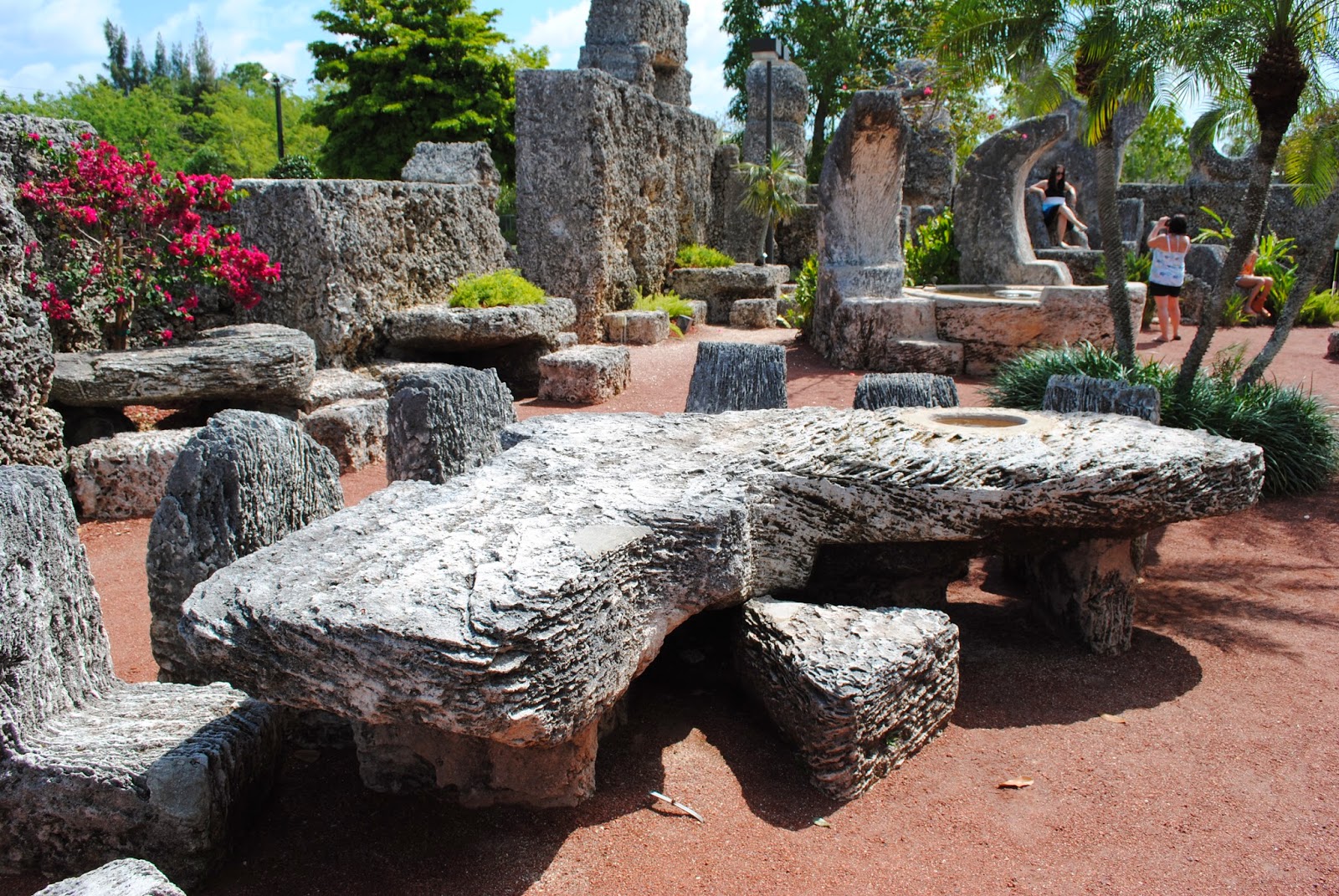 But perhaps most impressive is the collection of planets carved into the coral walls.... 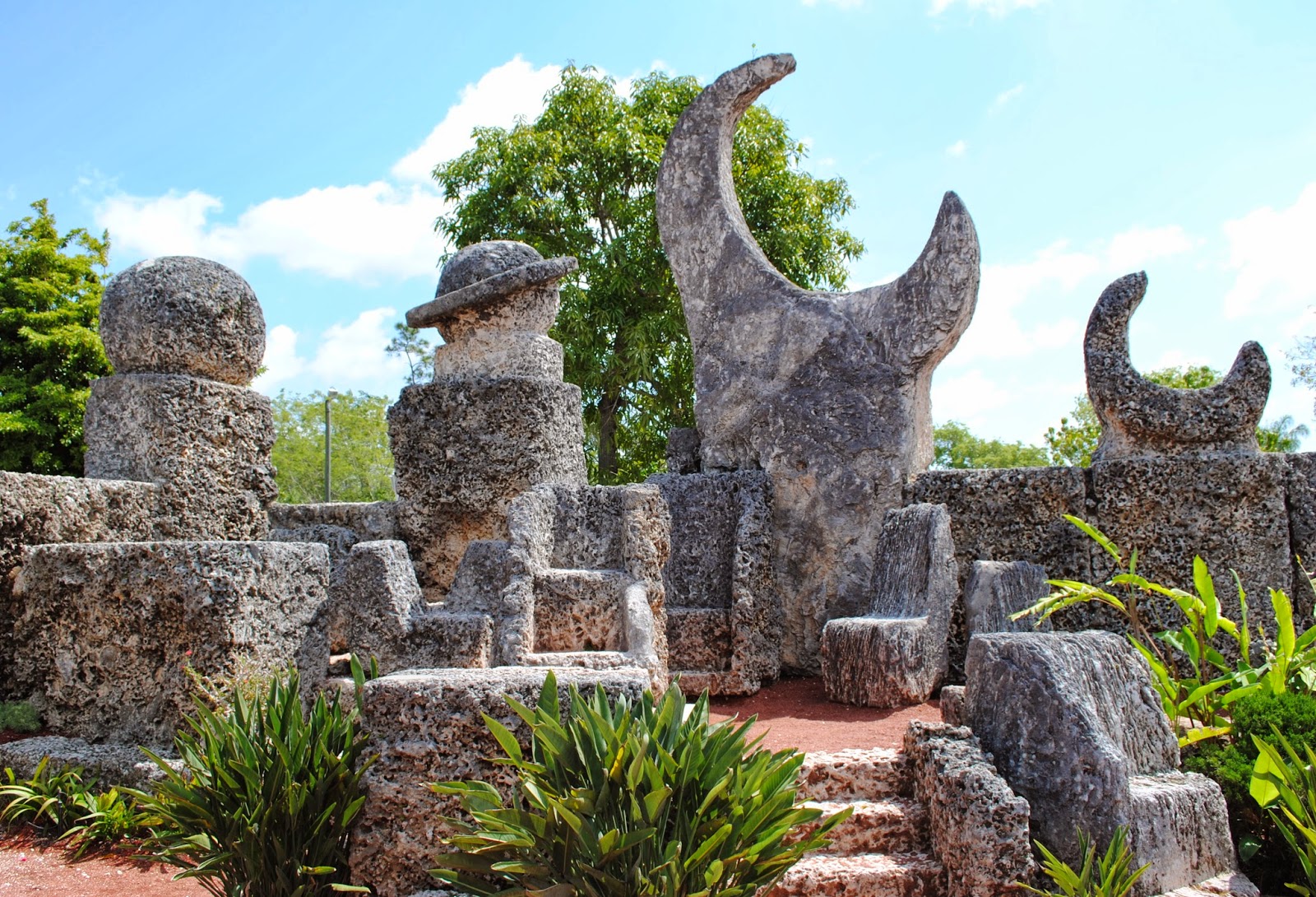 In the gift shop there is pretty cool souvenir: an exact minature replica of the castle itself.... 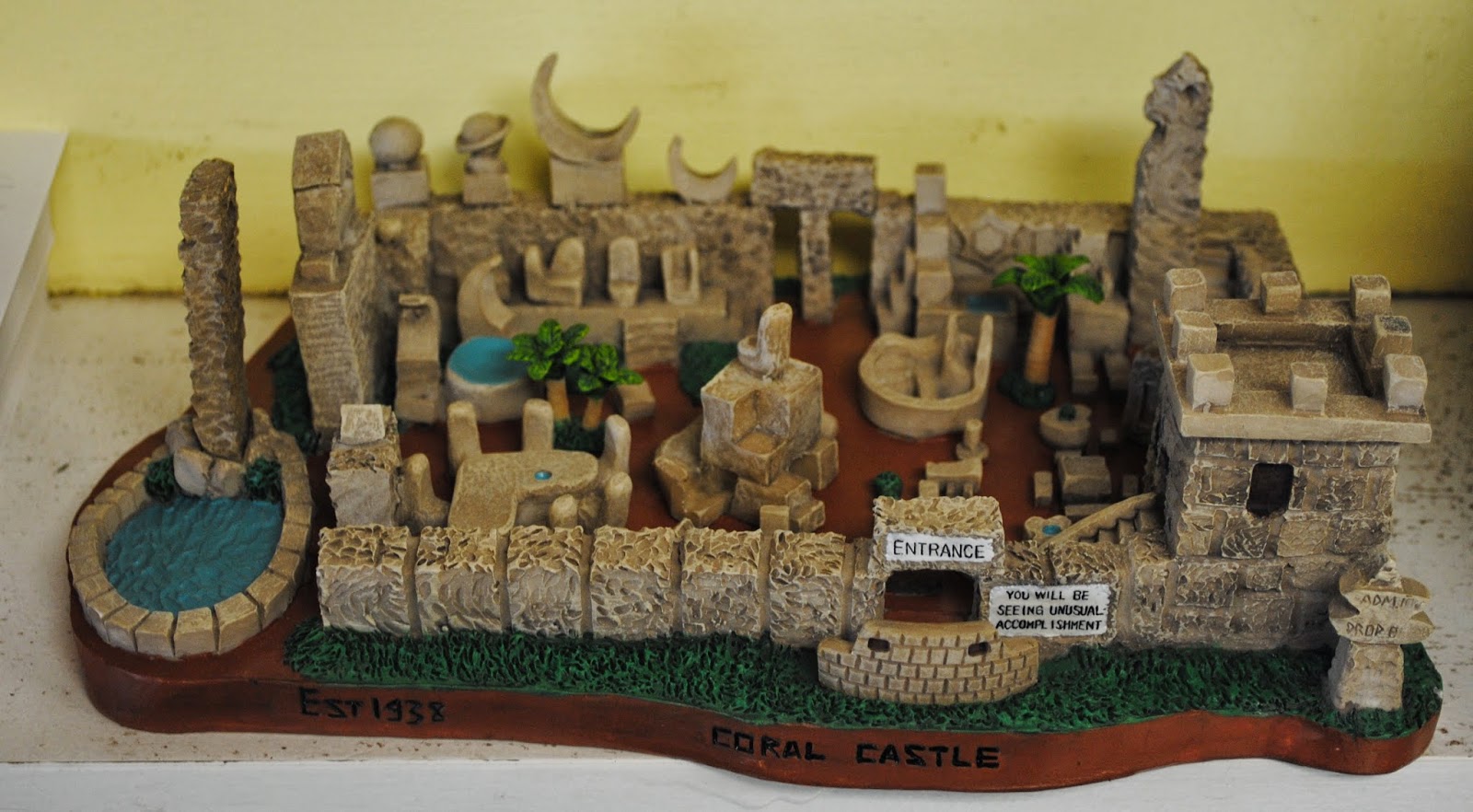 Not the world's most colorful folk art environment, but definitely the most mysterious.

Please feel free to email me at jacobthecarpetbagger@gmail.com
And don't forget to check out my Flickr Photostream and my Youtube Page
Posted by Jacob at 10:39 PM