An Ode to the Madness that is Bourbon Street 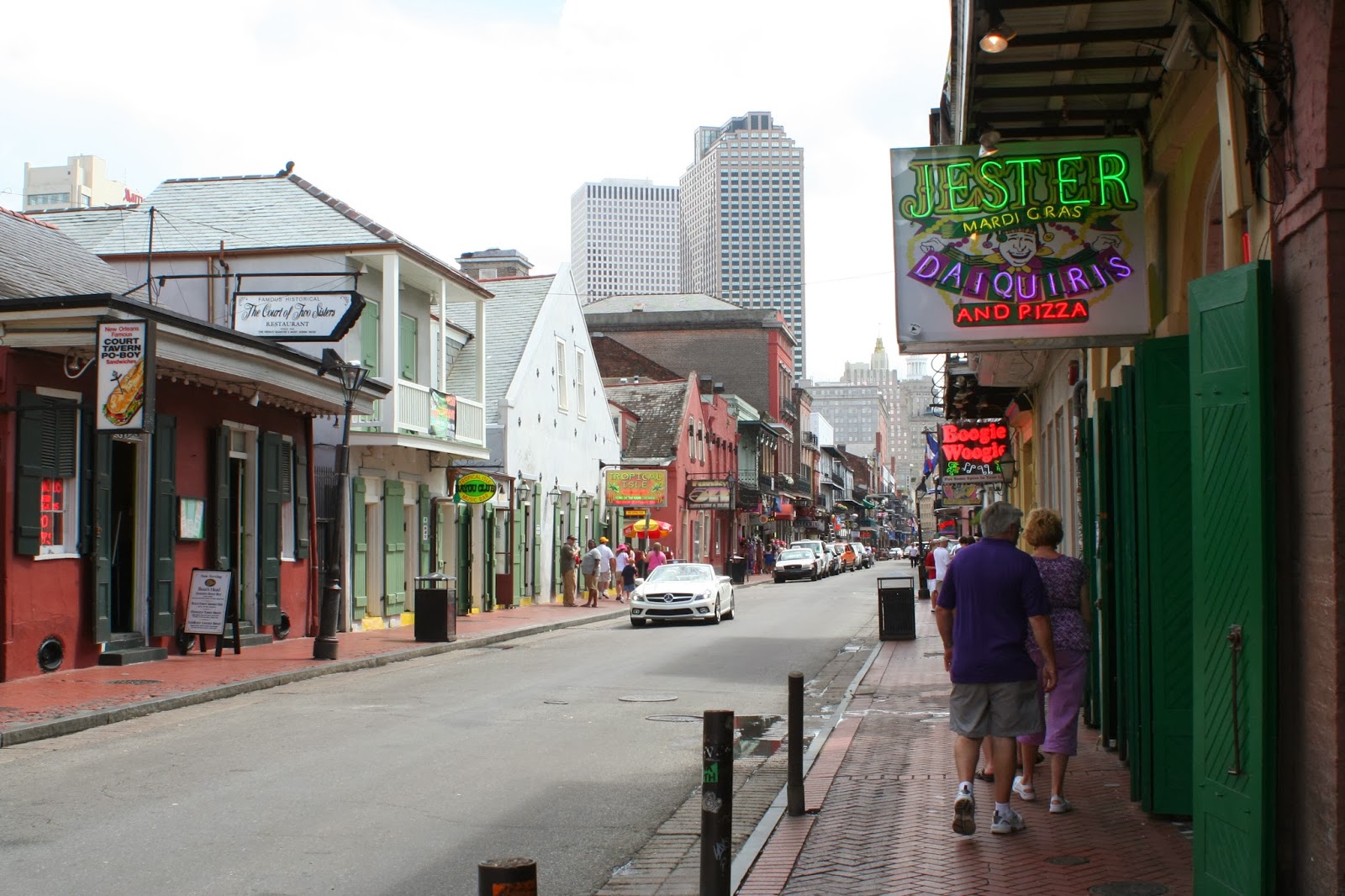 What is the secret ingredient that creates this madness?  Its simple: drinking in the street. 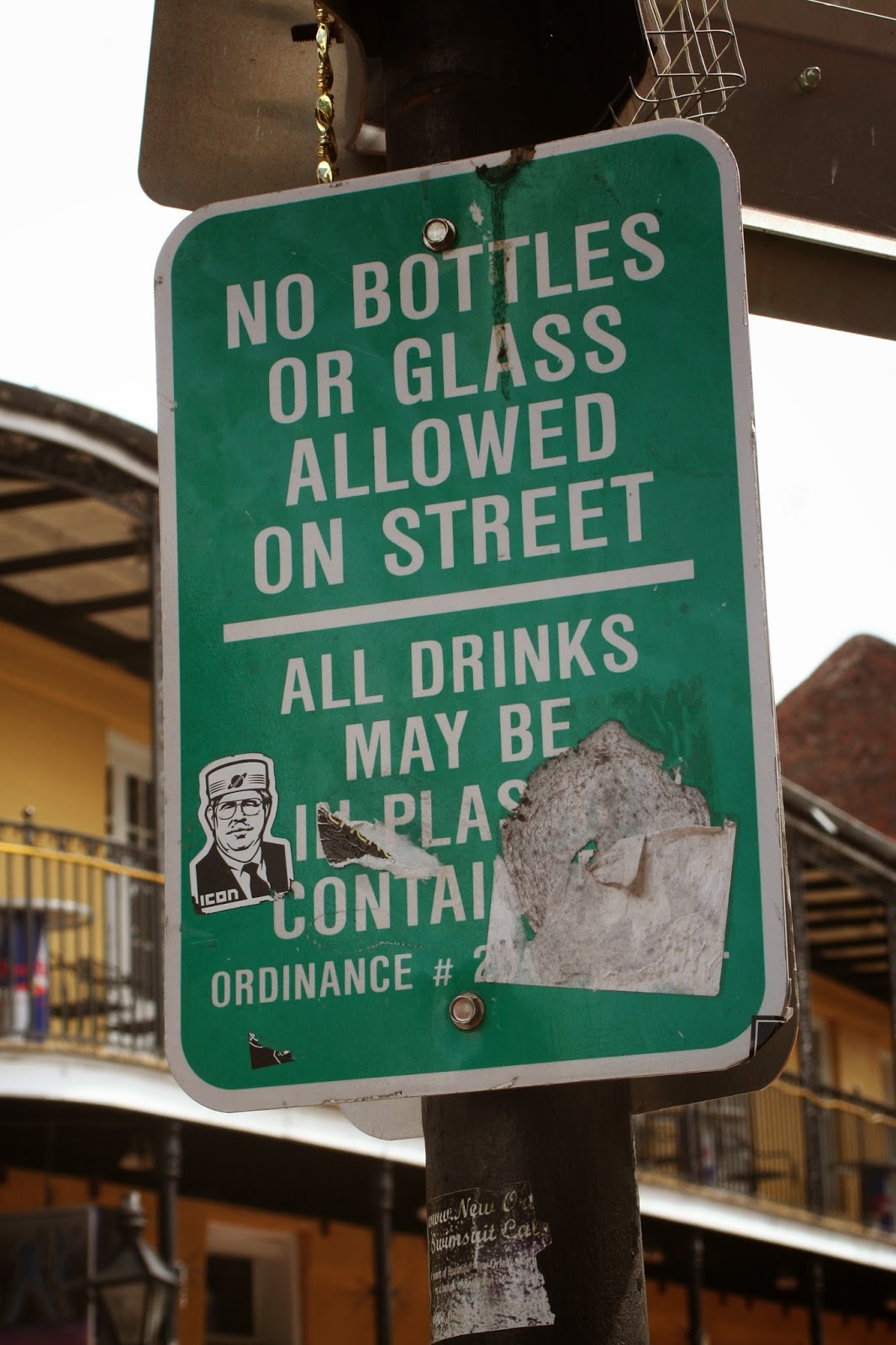 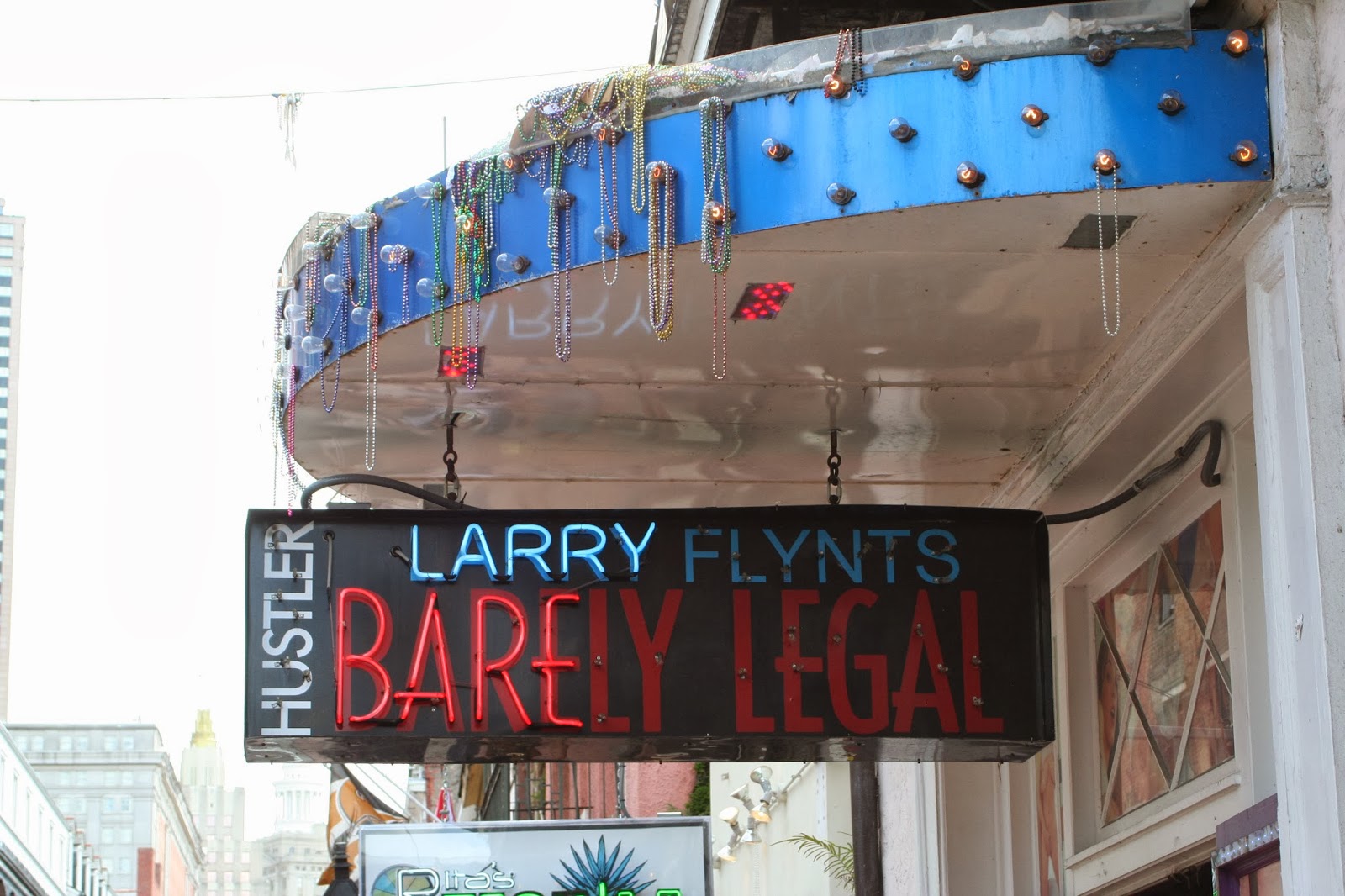 Strippers wonder out into the street on their platform stilettos  beckoning you to enter (sorry, it felt to creepy to take pictures).

Strip clubs post pictures of "love acts" in their windows because they just don't give a shit if kids see them or not. 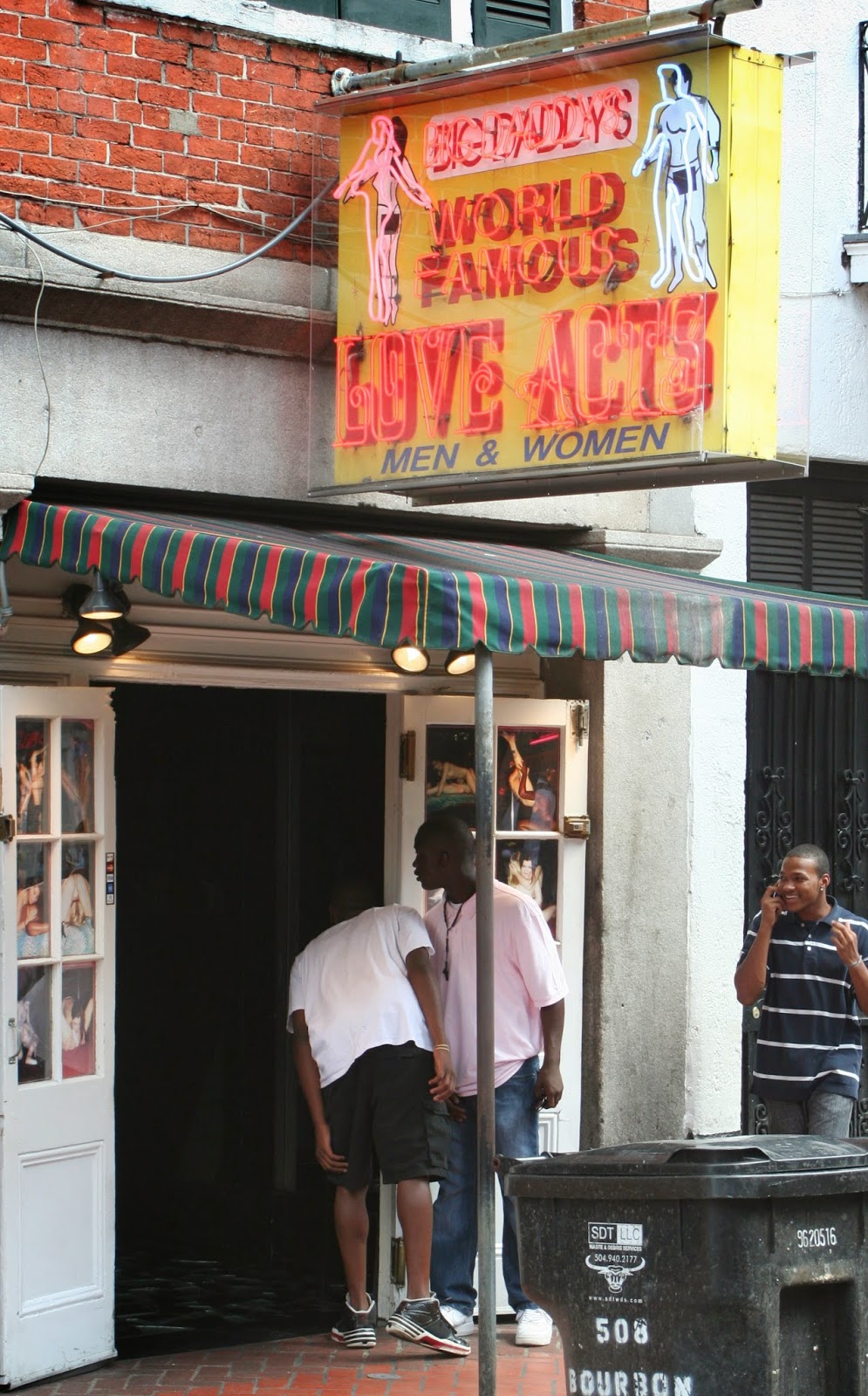 Please, Don't look at the above picture closely.

Speaking of kids, one of personal memories from Bourbon street was watching a young child cry while his dad cleaned vomit off his shoe and his mother took a picture. 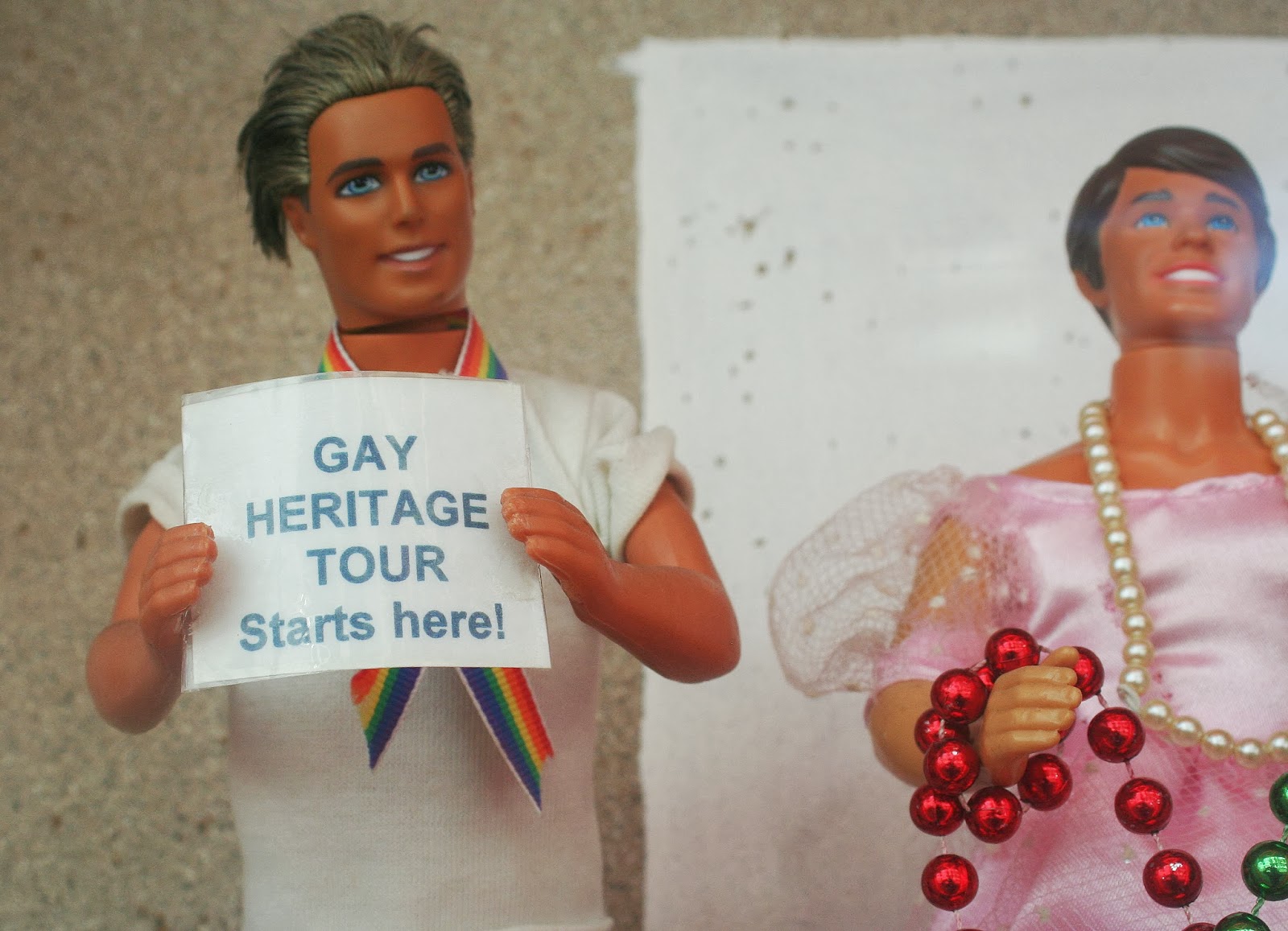 When my wife made a comment about drink being too expensive on Bourbon Street some random guy standing behind us said "No kidding."  He then paused briefly and then said, "Hey you want to smoke some pot?".

The only thing that is there to break up the endless strings of bars and strip clubs is voodoo shops. 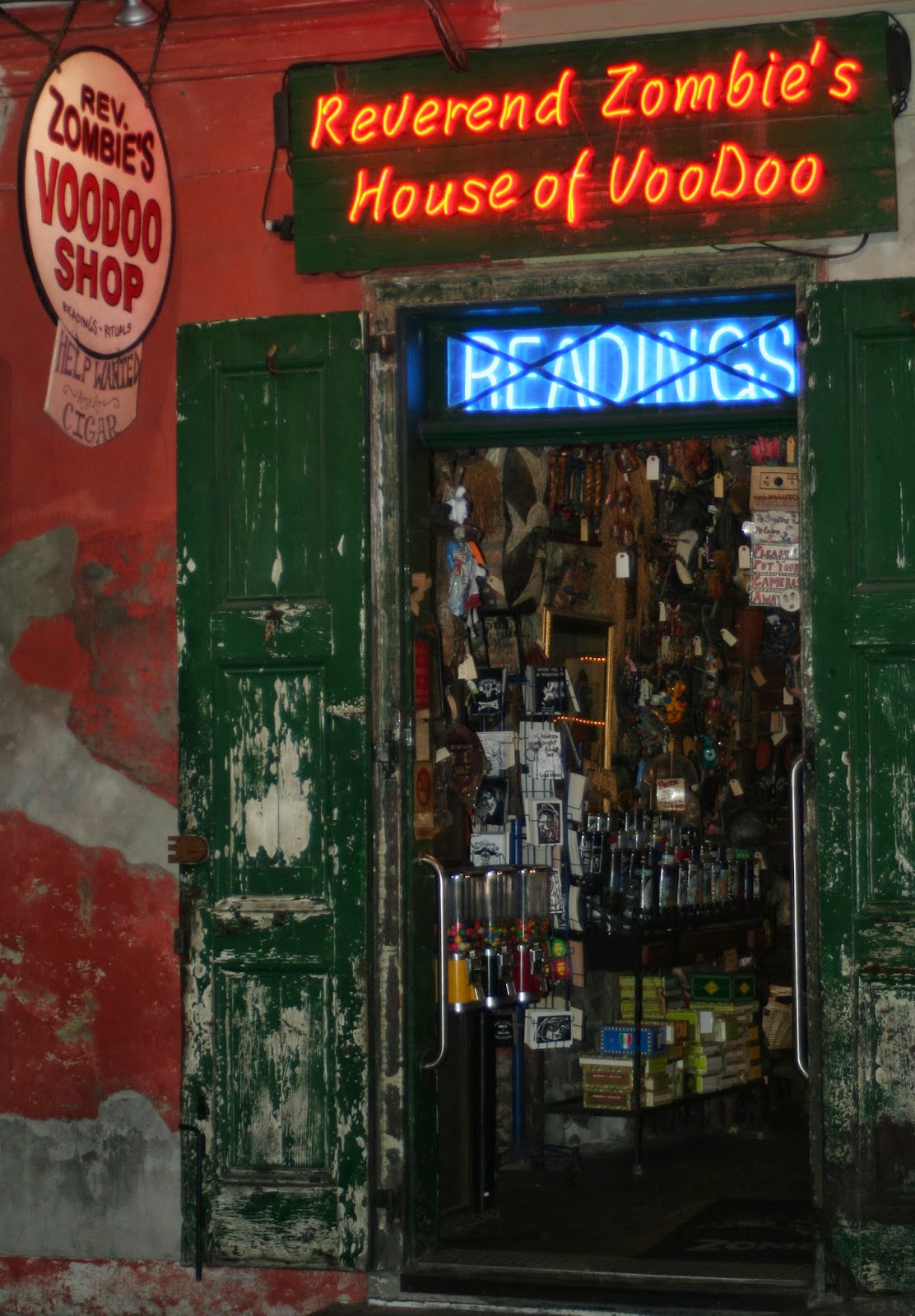 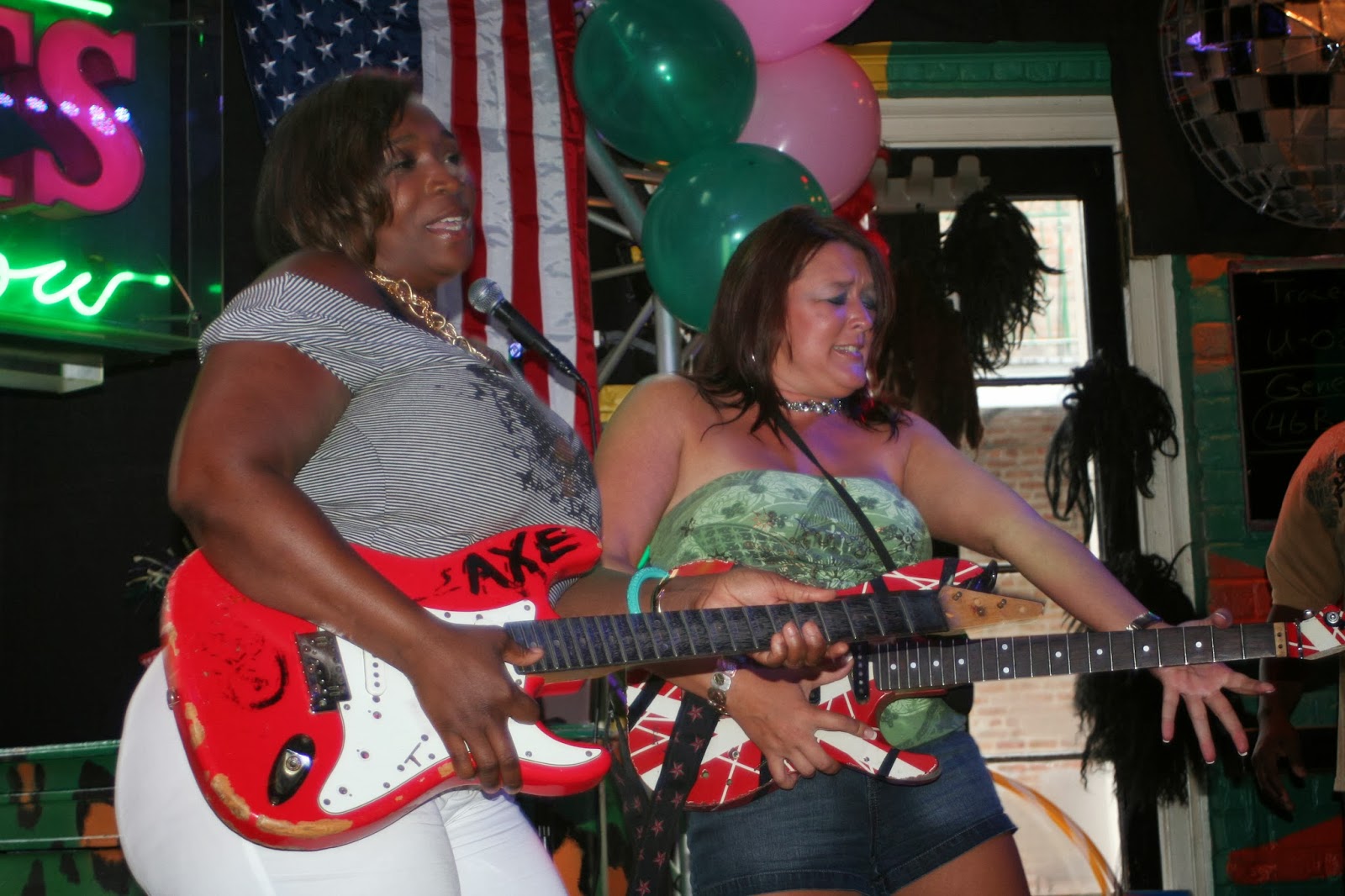 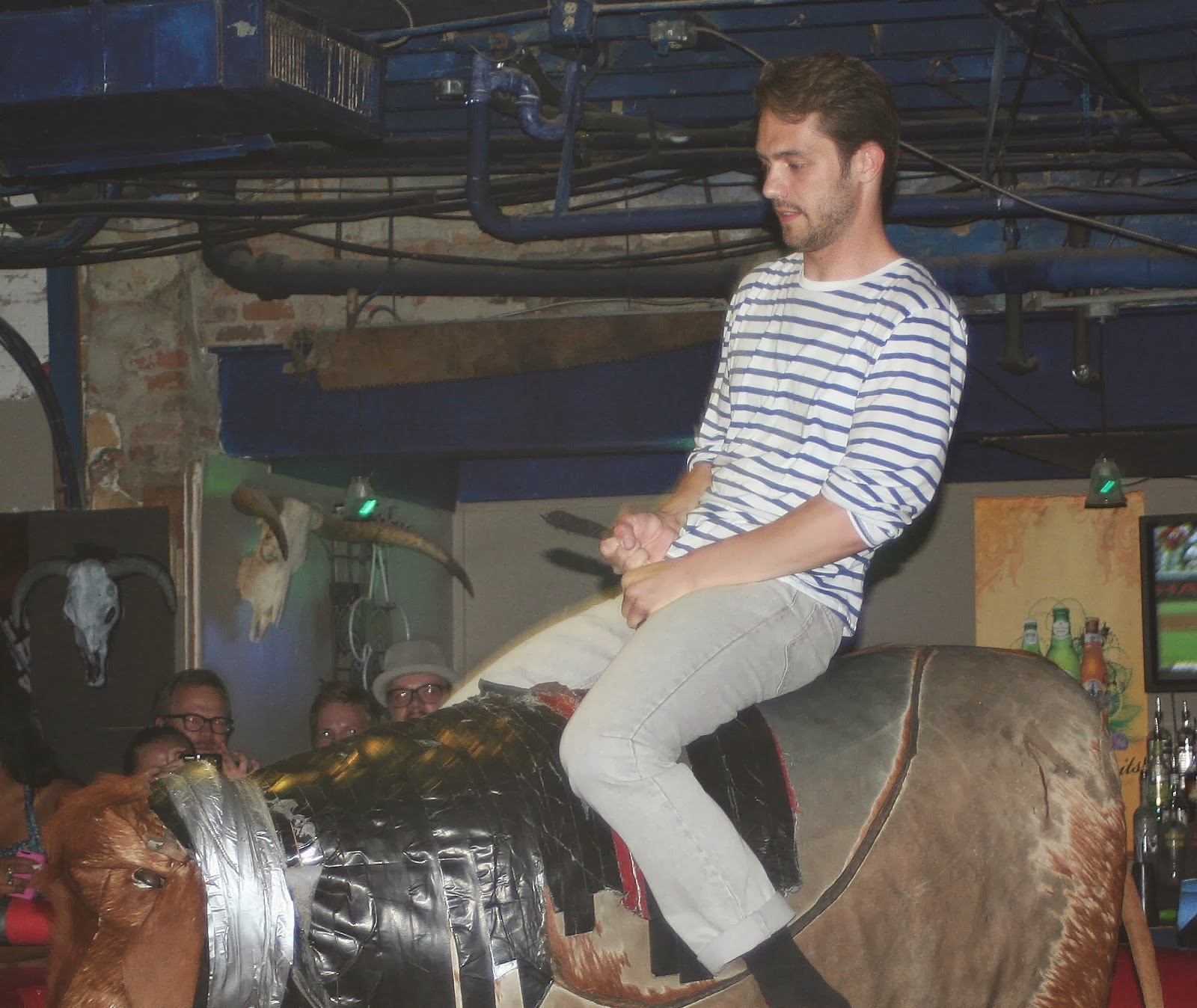 Of course, contrary to popular belief, law and order do exist on Bourbon Street.  Police patrol Bourbon street on horseback for some reason.  It quickly becomes apparent that this is a poor decision as drunks crowd around petting and posing with the nervous horses who nervously back off and act as if they are about ready to plow through the crowd. 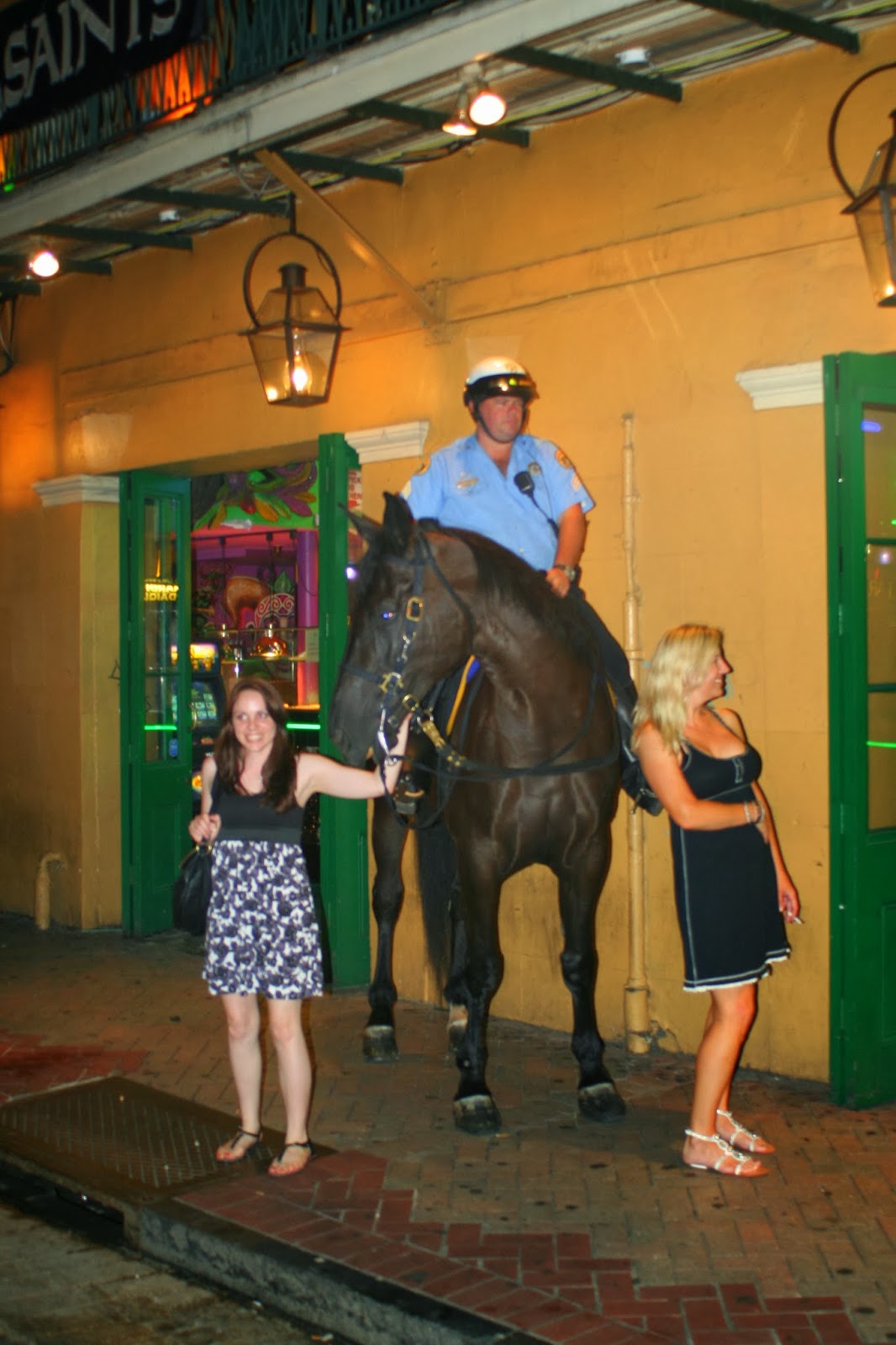 The traditional drink of New Orleans is of course the unfortunately named "Hurricane".  However, if you want to go super old school, you can always drink absinthe. 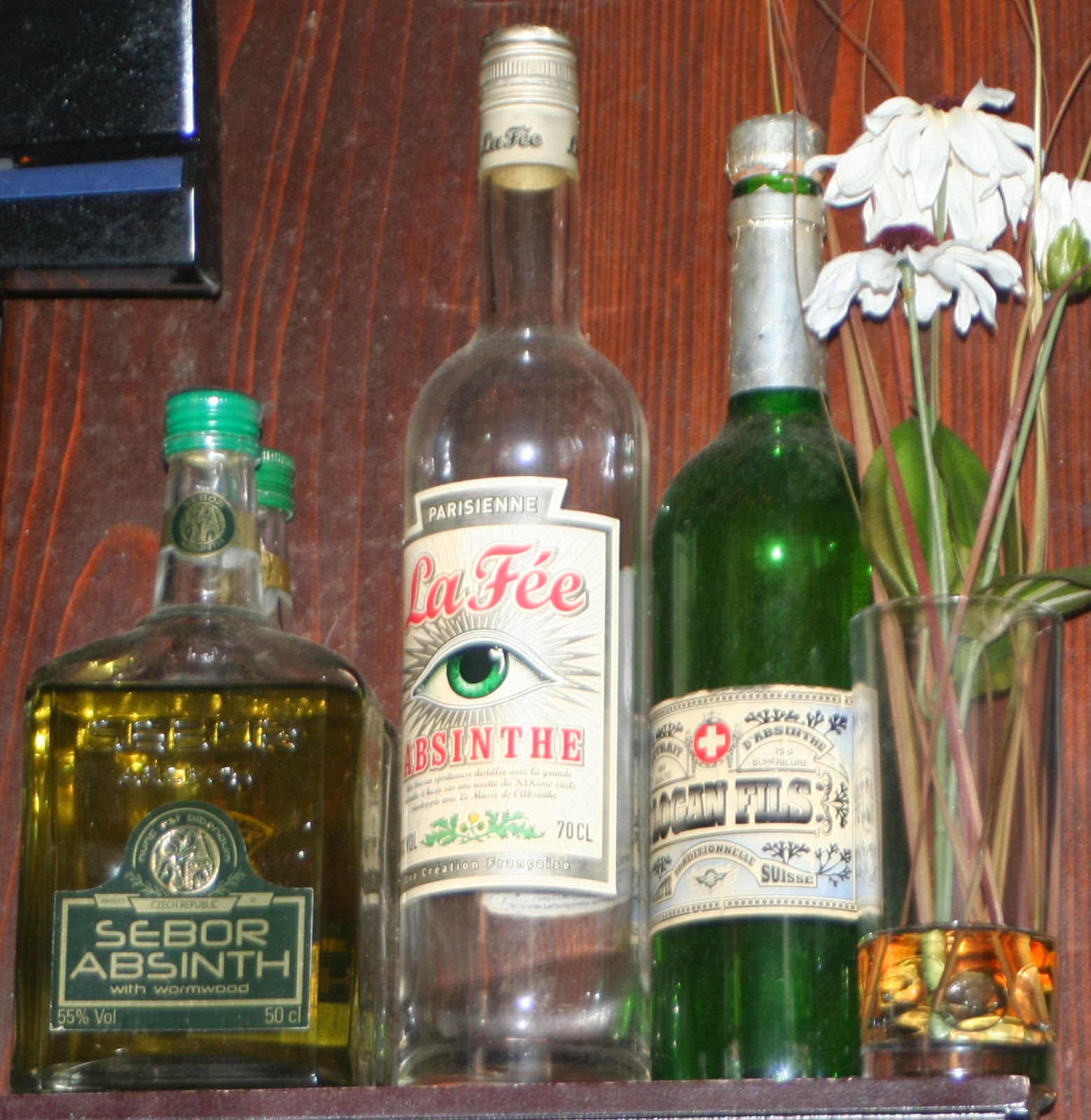 Known for its alleged hallucinogenic powers, this drink was banned in the United States until fairly recently.  The ban was lifted when it was shown that the hallucinating aspect of Absinthe was proved to be mostly legend, or according to the local bartender that served us "Its not like dropping acid or anything."  Now we are all free to 15 dollars for a glass of foul, room temperature licorice water. 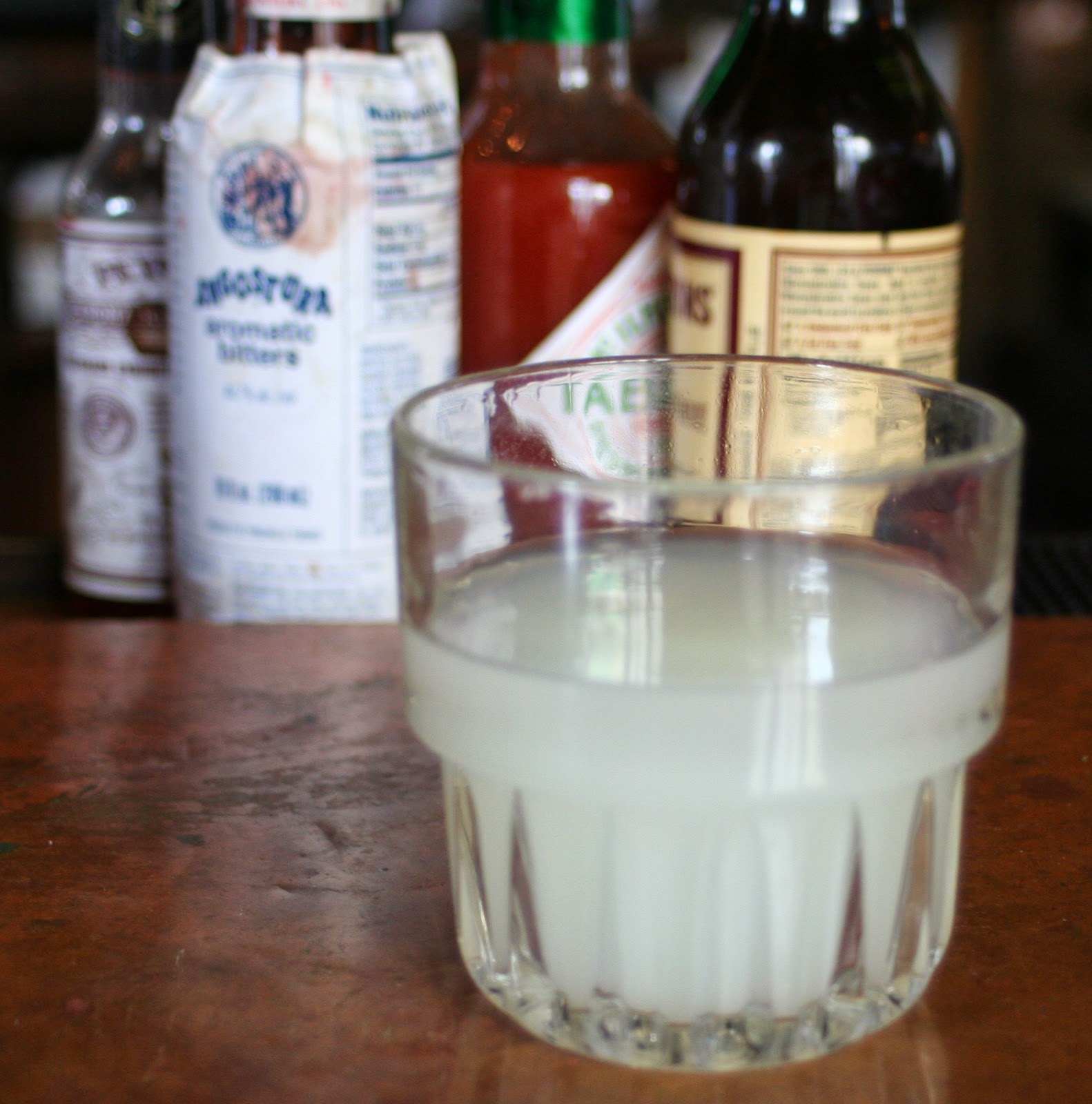 Of course in modern times the Hurricane, has some stiff competition in "The Handgrenade" the drink officially endorsed by Southern Rapper Ludacris. 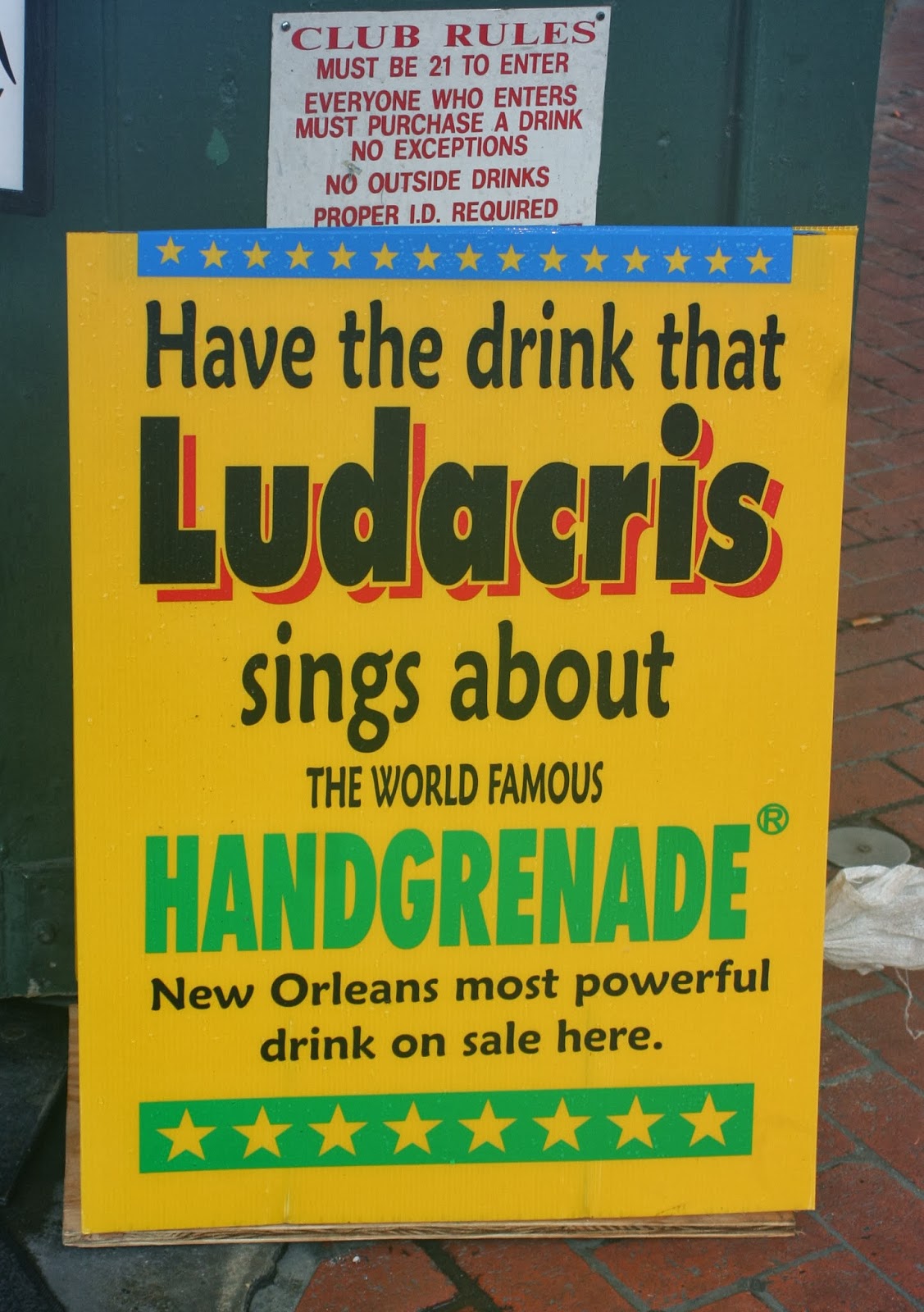 The Handgrenade can be seen everywhere, in their trademark green glasses, as seen in the webam capture of a post Mardi Gras lull. 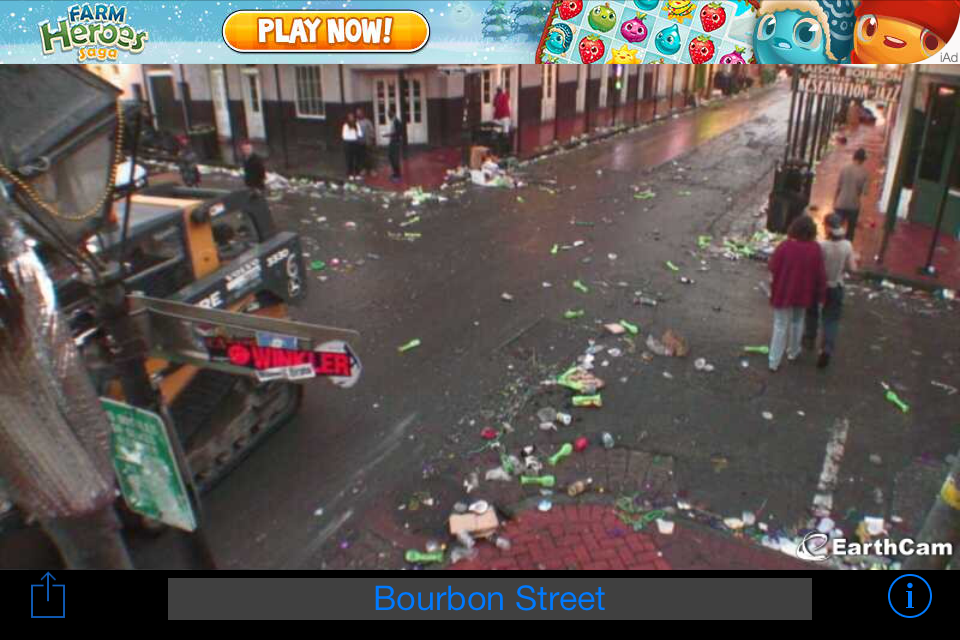 Lucky children may even get a chance to have their photo taken with the Handgrenade's official mascot "Mr. Hand Grenade Man". 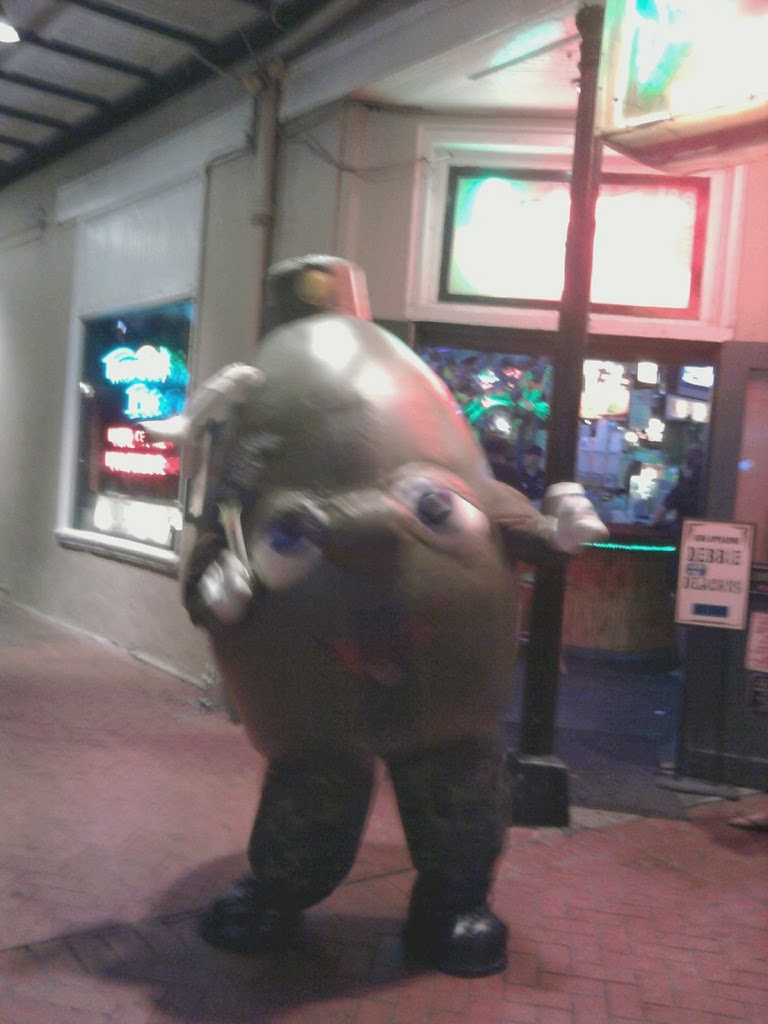 Sorry for the blurry picture, but that's exactly how I remember it.  And so ended the most remarkable week of my life.  God bless this wonderful abomination, the drunkard's Disney World:  Bourbon Street.