Most people have a pretty concrete view of how they see Southern Culture.  When people think of the South they think of this. To most people the South is all about Jesus, guns, and voting republican.  There is one city that proves that you can be Southern and pretty much be the exact opposite of that.

Asheville, NC is smack dab in the Appalachian Mountains, but will redefine how you see in the South.   The percentage of homosexuals is 83% greater then the national average.  It votes almost 100% Democrat.  You will meet some of the most unusual people just walking down its streets.

My favorite thing to do in Asheville is to simply walk around and take in the weirdness of the city.

One of the biggest weekly events in Asheville is the weekly Drum Circle in the center of the City.

Anyone with a drum can show up who wants to and pound away until their hearts content.  If you don't have a drum you can still show up and do some freaky dancing.

If you like less freaky dancing you may want to check out some of the local belly dancers. 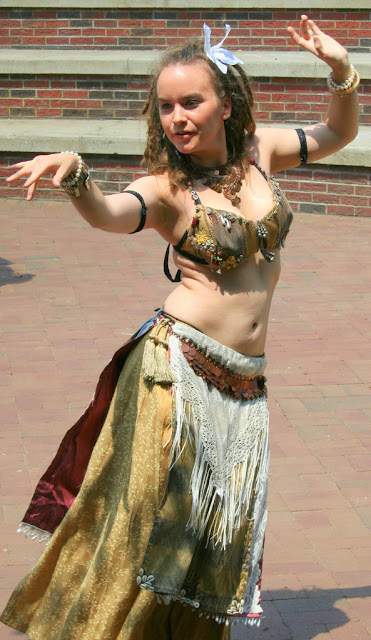 Unfortunately the time we showed up, there wasn't much of a crowd. 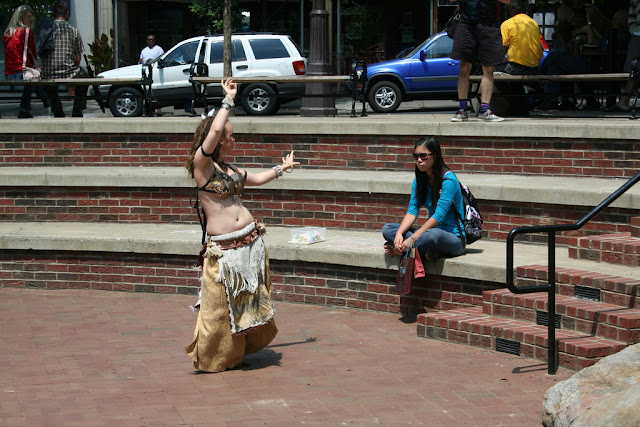 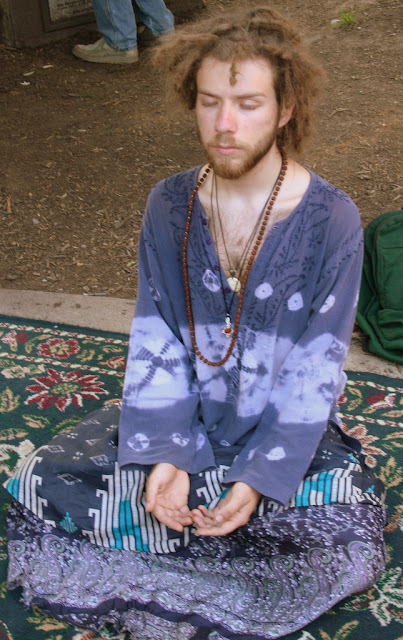 What is he doing? 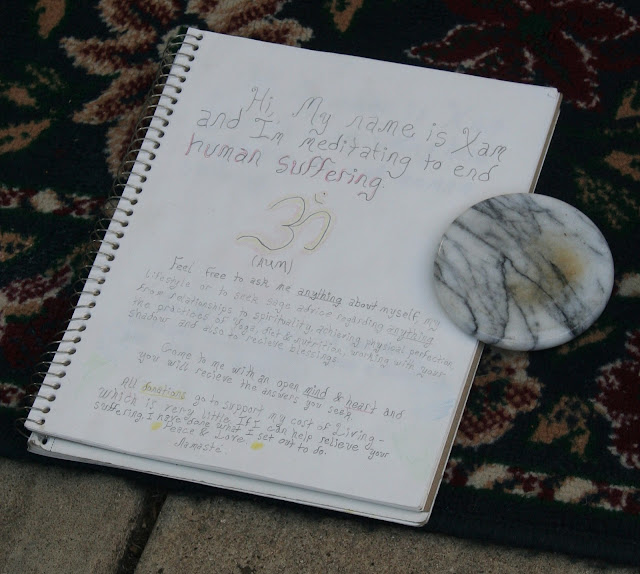 Meditating to end suffering, of course.  You may question his methods, but that's definitely a worthy cause. 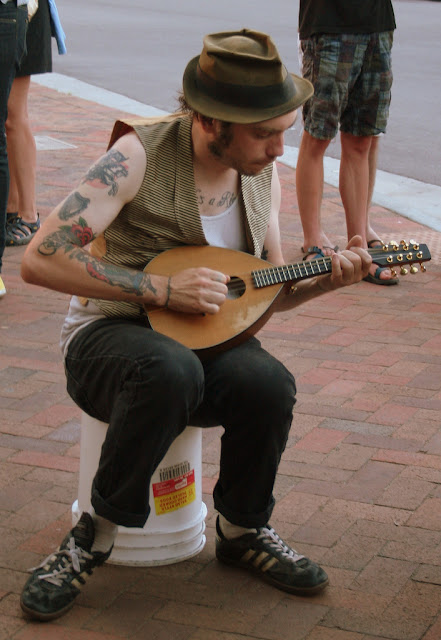 Asheville is packed with street performers.  It seems like there is someone plucking a guitar or a banjo on every corner.  The sad part of this is that while begging for money is illegal, busking for money is perfectly legal.  You will find plenty of amazing musicians on the street of Asheville, but occasionally you come across a sad meth addict plucking a guitar hoping that someone will throw him a buck.

This is "Now You See Them" 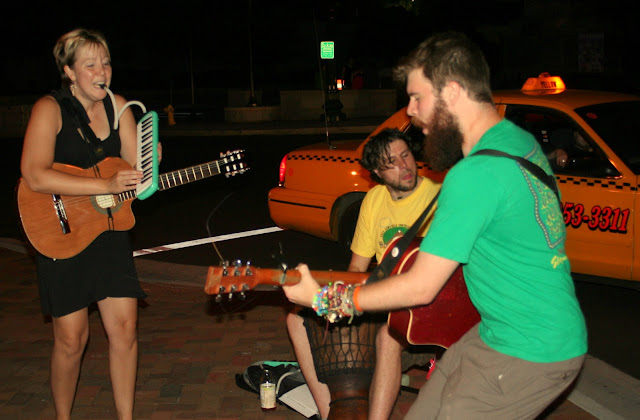 We came across them playing on the street and we liked them so much we bought 2 of there homemade CDs.  Several weeks later they won a local battle of the bands and released a studio album.  Before the end of the year we paid to see them in concert. 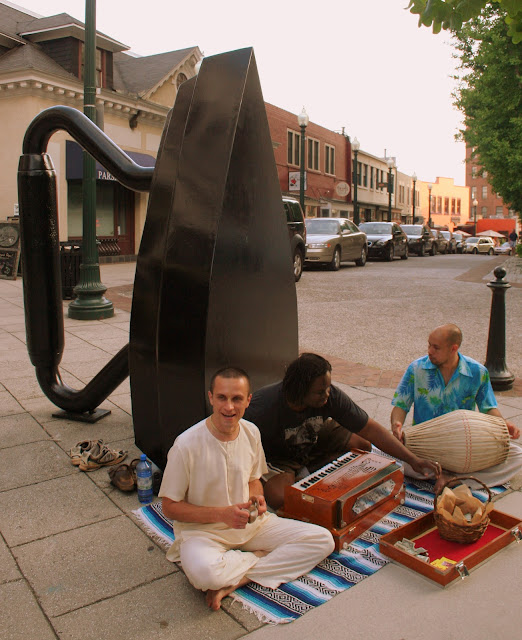 "The Big Iron" is always a good place to find performers.  Here are some Hare Krishnas that were chanting and handing out cookies.  My daughter took one.  Unfortunately, I had to slap it out of her hand the second we walked around the corner.

With so many musical performers on the street, some musicians choose to take the extra step to make themselves stand out. 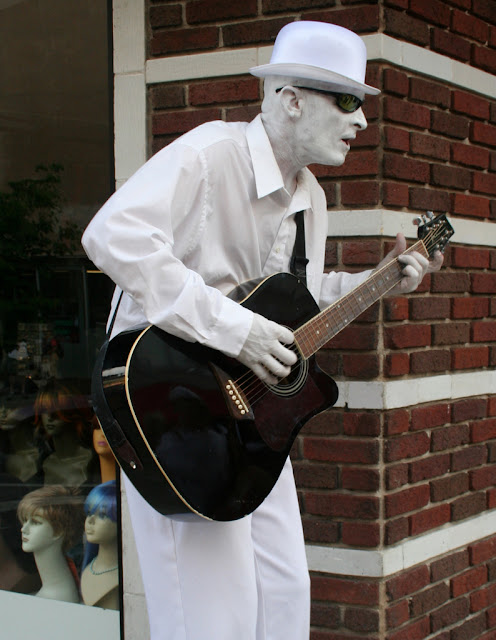 The very pale gentleman up there is one of Asheville's many Human Statues.  Generally they are performers who stay completely motionless until someone drops a tip in their bucket.  Once they have been tipped they begin to move and complete some action.  This gentleman plays a guitar and sings when tipped. 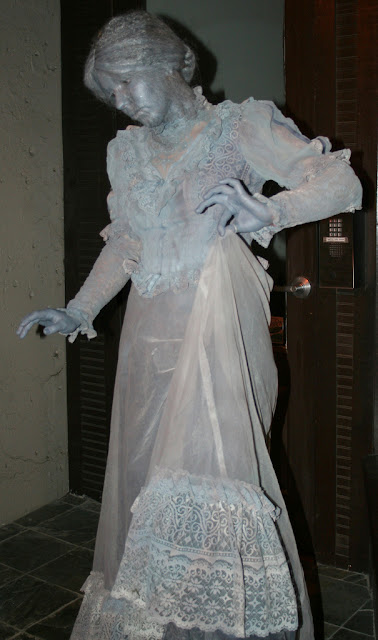 This lady gives you a graceful bow.

This spandex clad girl does the robot. 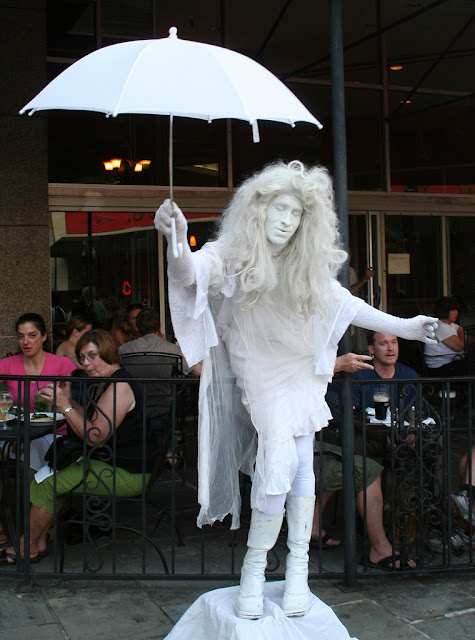 This magnificent creature comes to life and poses. 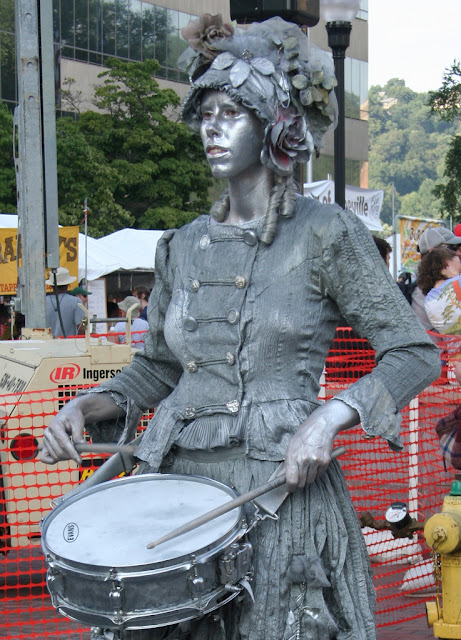 This is the Silver Drum Girl.  She is probably the most well known street performer in Asheville.  When tipped she plays her drum like a wind up toy.  Whenever there are local issues involving street performers on the news she is the one they interview. 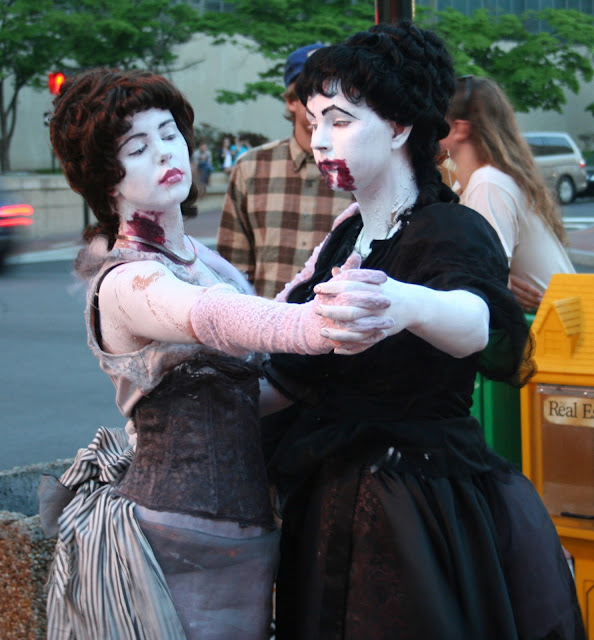 These vampires perform a whole sequence of actions as long as the tips keep coming. 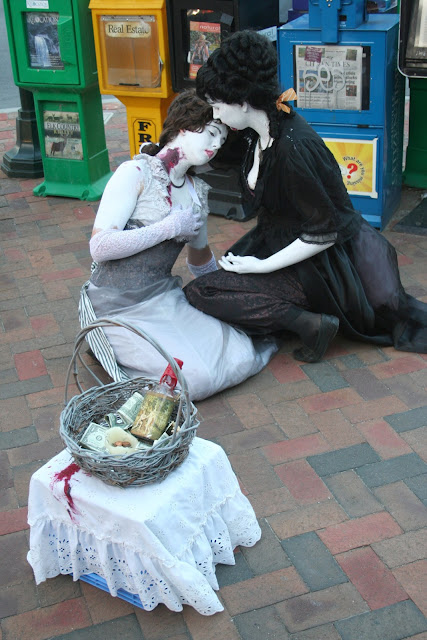 There is no telling what you may encounter on any given night in Asheville. 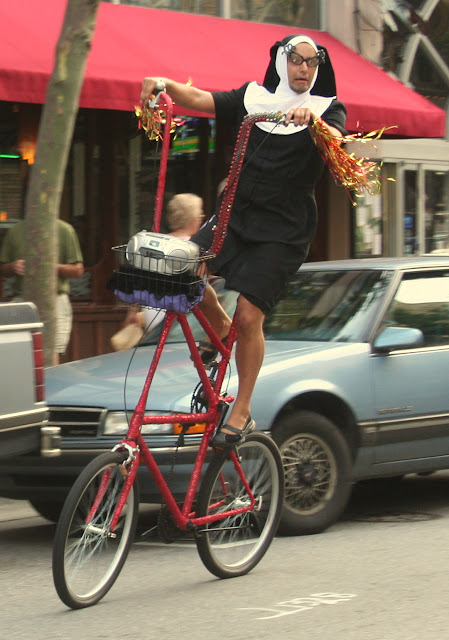 Of course with all this madness going on someone has to keep law and order.  In Asheville we rely on our faithful Segway Cop. 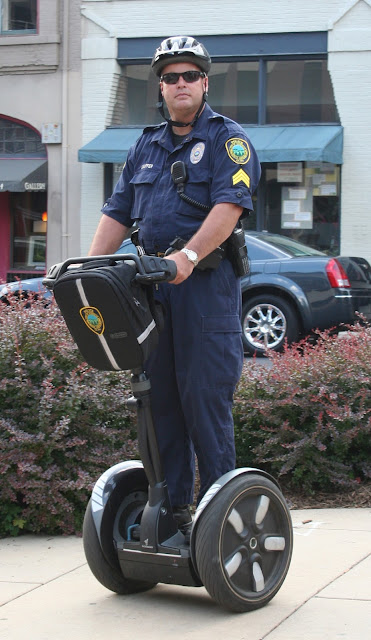 I hope you have enjoyed this virtual trip through the zany streets of Asheville, NC. 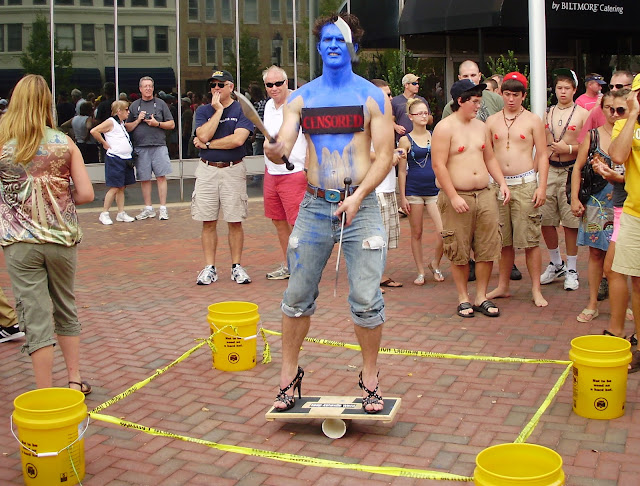 Come check it out