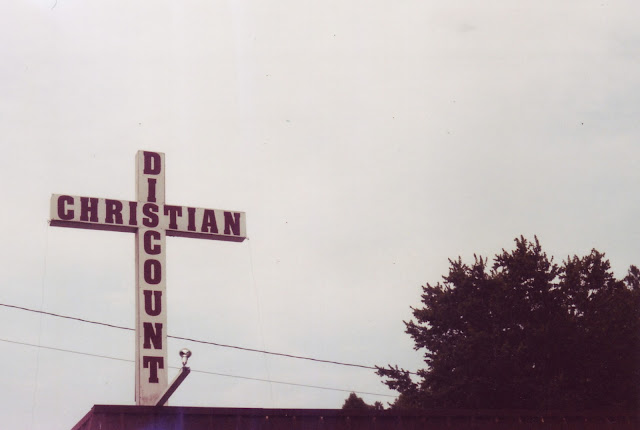 We live in a country where we all have the absolute right to express our religious belief.  Some people take full advantage of this right.  Sometimes these expressions come off as a bit strange or misplaced.  Here are a few that have made me scratch my head. 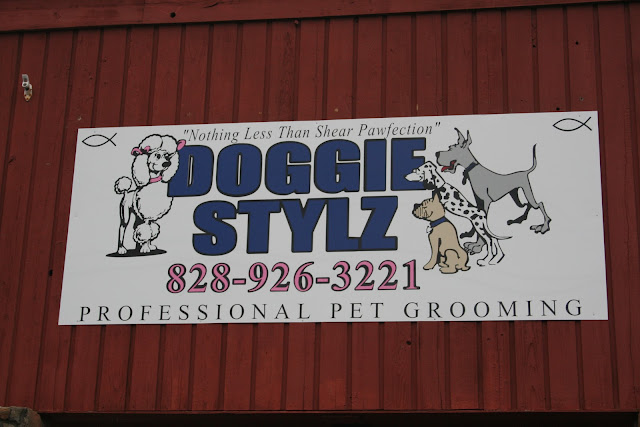 The little Jesus fish in the corner of signs is fairly common around here.  Its a little wink to let you know they are a Christian business, so you don't accidentally take your dog to a groomer who worships Satan.  I do have to wonder, would Jesus really want to be associated with a dog groomer named after a human sex act?

Jesus can sell anything 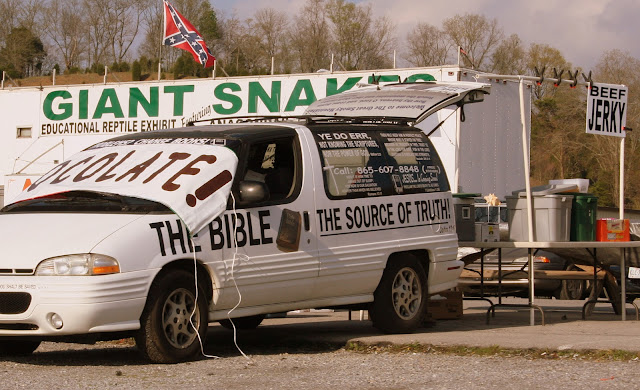 Apparently association with with Christianity can sell anything including Chocolate, Beef Jerky and Giant Snakes.

Dairy Queen says "No" to the Devil 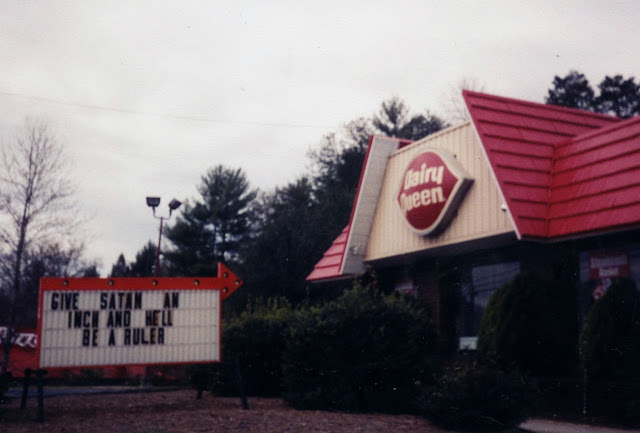 Its not unusual for a church to have a sign outside emblazoned with religious messages.  What is a little unusual is for Dairy Queen to talk about Satan on their sign.  They also play gospel music inside.

Who Would Jesus Kick? 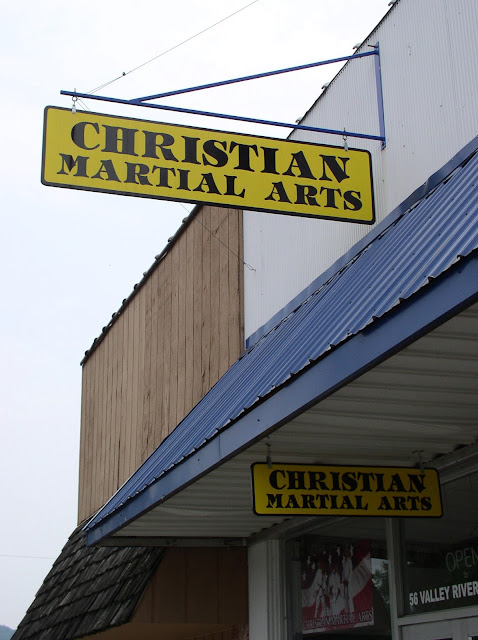 This one really confused me.  I figured one karate chop is as effective as any other.  Maybe having God on your side may make your punches a little more deadly.  Actually, this was explained to me.  Martial arts are generally associated to some degree with eastern religious beliefs.  There is a group of people who want to learn to kick ass, but are uncomfortable with the idea of dabbling in Buddhism, so they replace the eastern elements with Christian religious ideals. 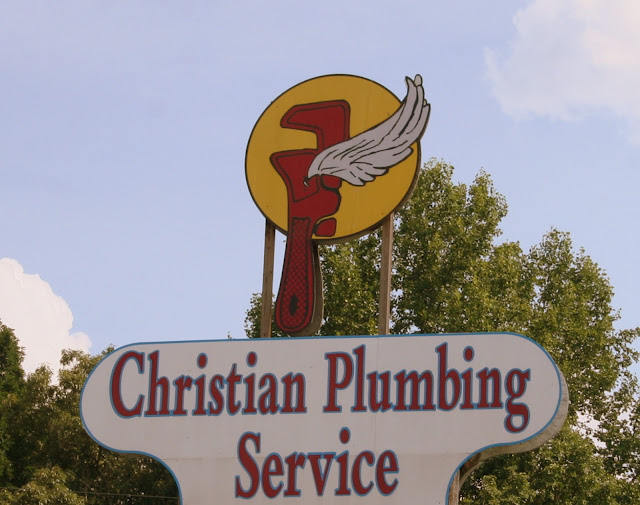 This business obviously did not feel like putting a fish symbol was adequate in showing how Christian they really are.  Not only do they have to put the word "Christian" right in there name, but they have to drive the point home by showing a wrench with angel wings.  No one is doubting their Christian cred.

The Carpetbagger
Posted by Jacob at 9:44 PM