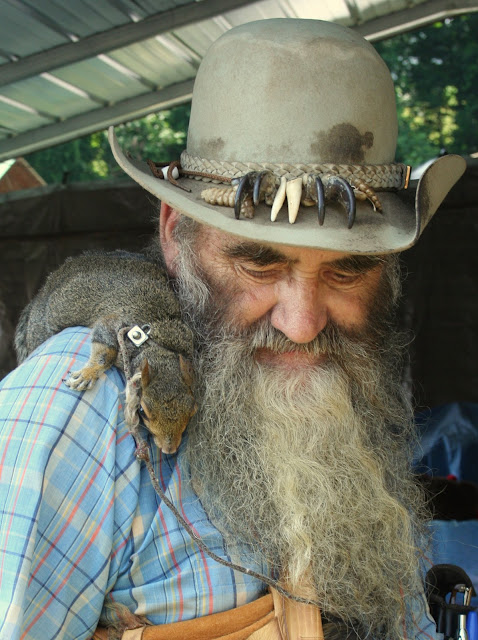 When people think of a movie about "The South" they would probably say "Deliverance".  This is actually an excellent movie, but there are two scenes that everyone remembers.

There is this one.


And then there is this cinematic gem.


One of the most notorious scenes in cinematic history and a very controversial one in the South.  The movie deliverance successfully made every yankee assume that they would be raped if they stepped foot in the South.  I can honestly say I have lived here 12 years and I have never been raped.  "Squeel like a pig" and "You got a purdy mouth"  have become permanent parts of the American lexicon.  While it is regretful that  this movie caused such rampant stereotypes, that clearly wasn't the intention of the movie.   If you haven't seen it, I encourage you to, its a lot more then banjos and rape.

When I moved to the South I was shocked to find out that this movie was filmed just a few miles away in Rabun County, GA.  Where for some reason, people are just a little touchy about the movie.

What made me even more excited was when I found out that "The Banjo Boy" Billy Redden (from the first clip) lived in the town next to me.  One of the things that surprises people about Mr. Redden is that he is not mentally handicapped.  He actually was owner of a restaurant.  One day I decided I was going to go meet Mr. Redden so I headed out to his restaurant and was devastated to find it closed down and emptied.  I gave up on meeting this true Southern Icon.  I thought I would have to settle on visiting the grave of James Dickey, the author of the book, who is buried in Myrtle Beach, SC. I would find out that Mr. Redden wouldn't be my only chance at having a brush would the greatness of Deliverance.

After I moved to Haywood County, NC.  I found out that there was another iconic cast member of Deliverance who lived in the area.  His name was Herbert "Cowboy" Coward. If you look at the second clip he is this guy.

He is the guy who makes the icon "purdy mouth" line.

Herbert is actually a very well know local character, no only because he was a movie star, but because he has a trained squirrel that goes with him everywhere.  I learned that he had his own stand at a local flea market and stopped by hoping to meet him, but all I found was this sign. 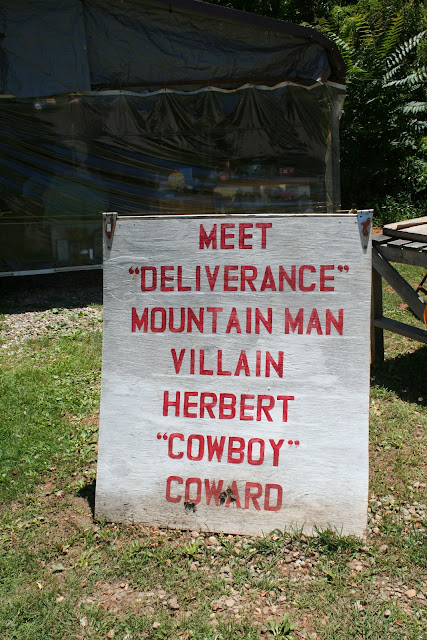 Not to be deterred, I would swing by the flea market every chance I had.  My wife was a little concerned at my determination.  When I was finally about to give up I struck gold and came across "The Cowboy". 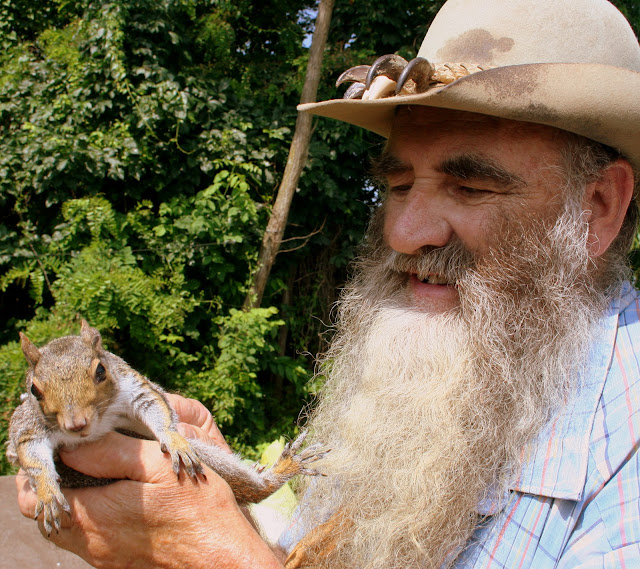 He was very kind and happy to to talk about his appearance in Deliverance, although he was mad that his Deliverance royalty checks had not been showing up.  He had actually recently been in another film: Ghost Town: The Movie and he sold me an autographed copy.

But most exciting of all he let me take a picture of us together with Starsky on my shoulder!