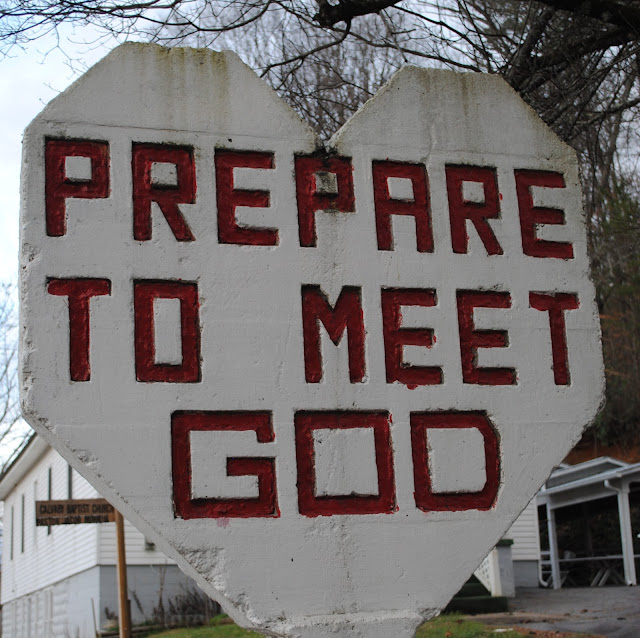 As I have mentioned before, when I first moved to the South I was amazed by the large amount of religious signs I saw on the Roadside.  Most of these were wooden signs nailed to trees and poles, but one time in Murphy, NC I came across one that was strikingly different.

It was a towering monument which had clearly seen better days.  It appeared to made from concrete and steel rods.  I asked around if anyone had any idea where it had come from and no one had knew.  I was left scratching my head until I found out about the Museum of Appalachia in Clinton, TN.  The museum has a whole exhibit dedicated to the man who made this cross.  His story is a fascinating one

Harrison begin creating religious monuments in the shape of crosses and hearts.  He would get the supplies materials from fellow coal miners who would set excess materials aside to use in the creation of his "sacred signs".

As I mentioned, The Museum of Appalachia in Clinton TN has a great exhibit on Mayes which includes a large collection of the signs that were left over when he died. 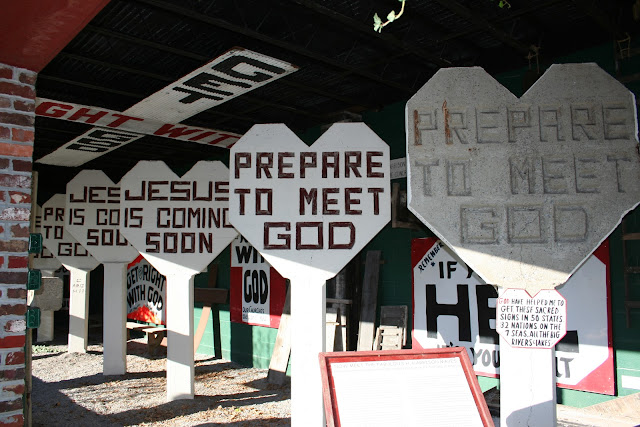 Mayes knew that it was time was running out so he started marking signs with locations on where he wanted them planted around the world.  Some of them were even marked to be placed on other planets. 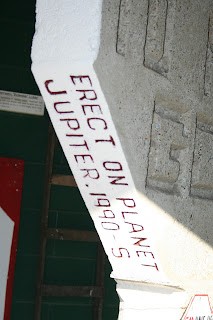 Mayes' fixation on outer space can also be found in his preferred mode of transportation: his bicycle. 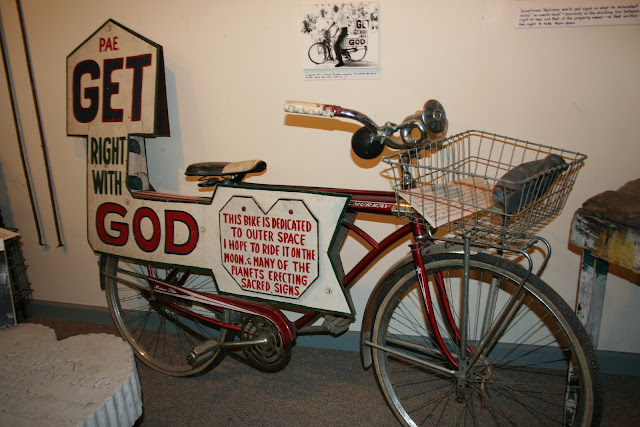 Mayes used his bicycle as his only form of transportation and never had a driver's license .  This of course would make hauling giant concrete monuments very difficult.  Harrison would enlist the help of his friend and his truck.  They would travel across the country planting these signs.  Harrison would dig holes in private property and plant signs without permission of the land owners.  He would leaves messages for them that would tell them that they would risk going to hell if they removed the sign.

Mayes tracked his travels on a series of large U.S maps with his paths spiraling out from Middlesboro. 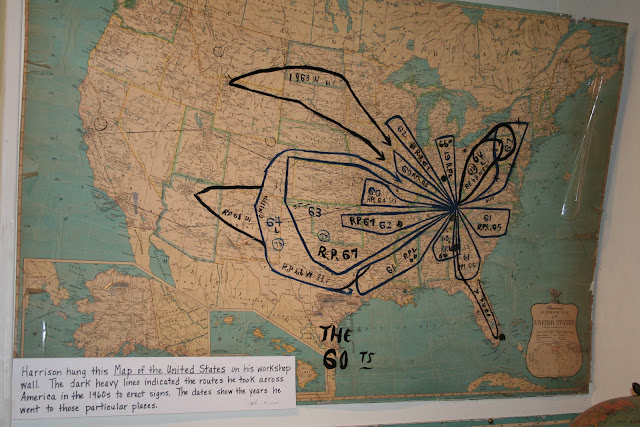 Since Mayes died in 1989 the number of his crosses still planted in the ground is dwindling.  As Highways expand there becomes less room in the world for the "sacred signs".

I wasn't sure if I would ever seen another besides the one I spotted in Murphy, NC, but I received a tip that there was another one standing in Fletcher, NC. 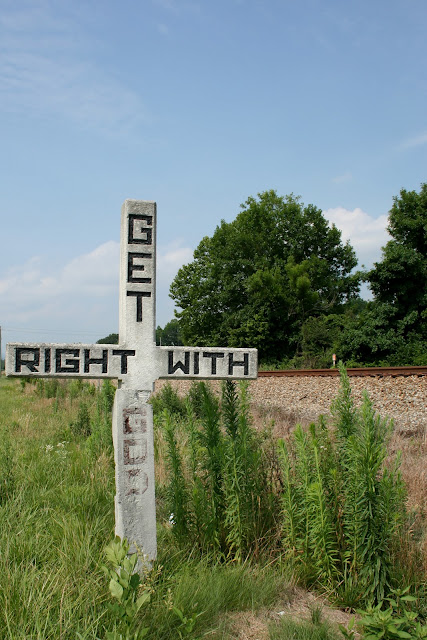 I found another when my wife happened upon a heart shaped sign in Marble, NC 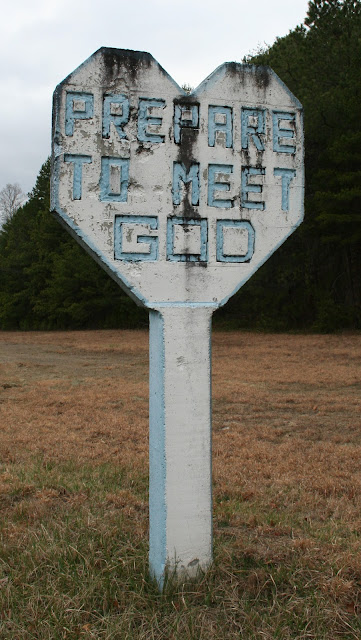 Another tip from a friend led me to this cross in Smyrna, TN 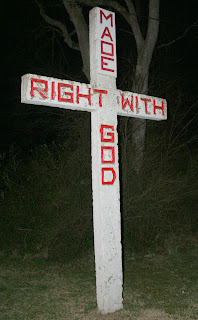 I recently happened upon a second sign in Murphy, NC while we were looking at tornado damage. 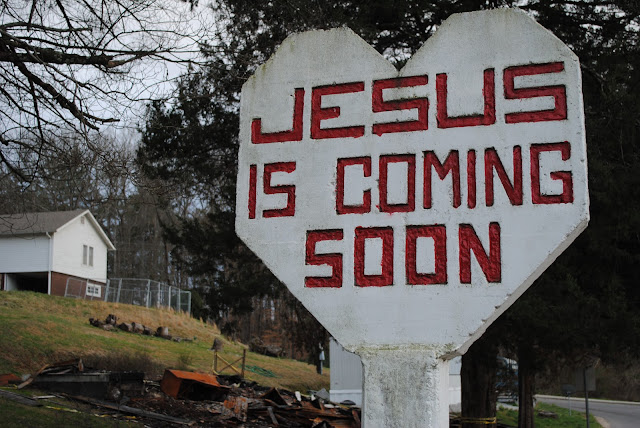 My friend Loungelistener ended up hitting a massive patch of signs as he traveled near his home town of Middlesboro, KY.  I drove out there to see them myself.


There was this heart shaped sign that was marked to be placed at the Suez Canal, but never made it out of Mayes' home town of Middlesboro 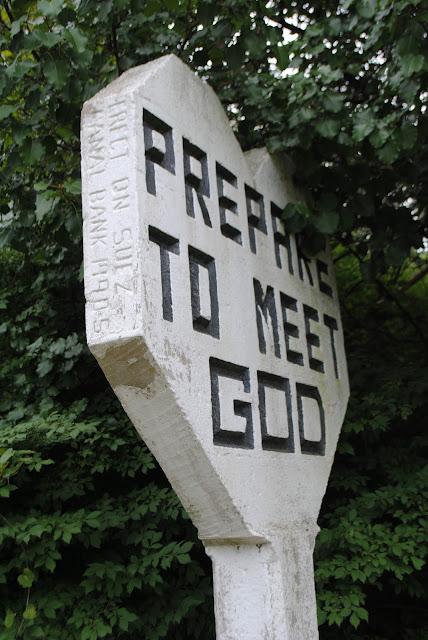 I also tracked down the original sign Mayes made, which he planted on his parents grave in Fork Ridge, TN. 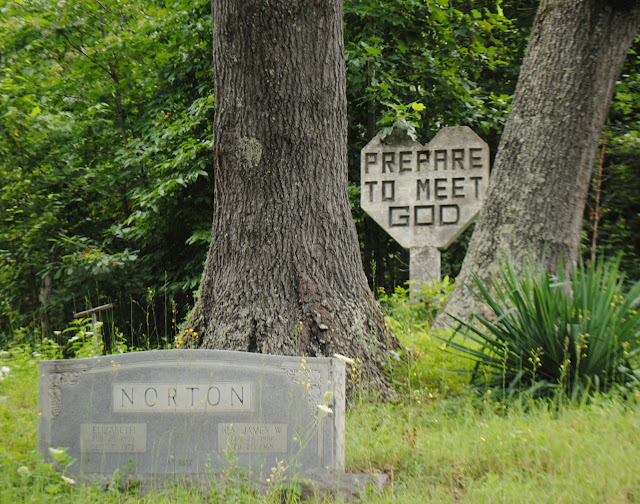 The most exciting part was seeing Mayes's old home.  Mayes had actually built his home in the shape of a cross, so he essentially lived in one of his own signs. 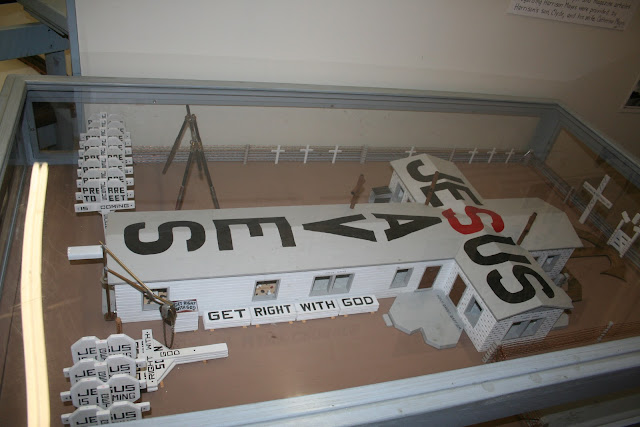 The house doesn't look as much like a cross from the ground, but it still stands and has one of his signs  (painted an odd green) in the yard. 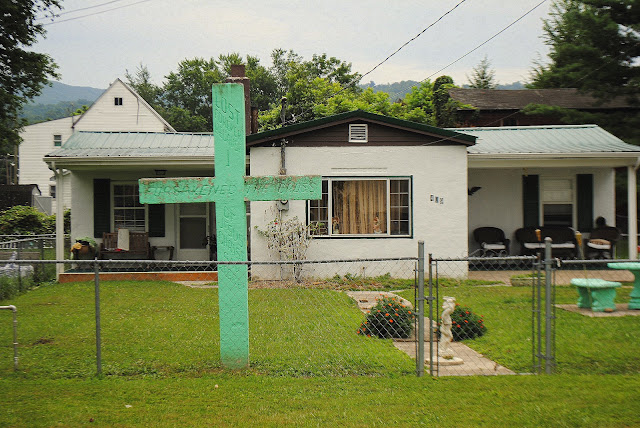 My quest continues as I still look for more of these sacred signs.  I hear there is one as far north as Ohio.  There is also one in Gibson Station, VA and Ruth, NC.  They are all on "the list".