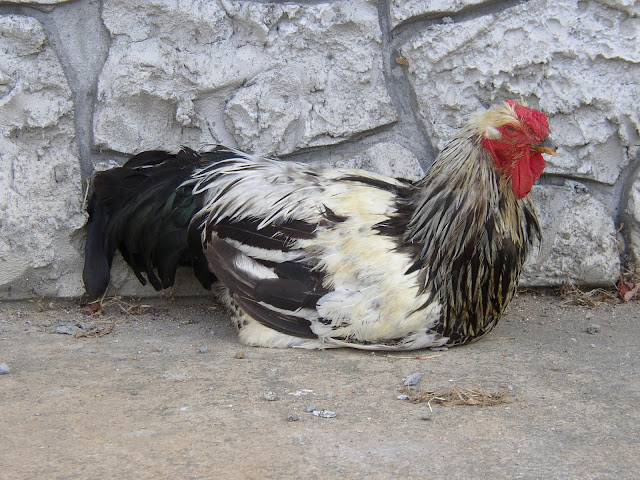 A few years ago I was asked to be a pallbearer for my wife's great-aunt.  She was a very nice lady, her late life hobby was to go into cemeteries and find stranger's graves with inadequate tombstones and buy them big new elaborate stones.  When she died she was very advanced in age.  She had no children and the large majority of her relatives were also advanced in age.

Although I had only met her once I was recruited as a pallbearer simply because I was strong enough to lift as a casket.  I was happy to help out.

I was a bit puzzled.  Why did the funeral director give my wife's grandfather a pan of chicken at his sister-in-law's gravesite?  When I asked my wife, she simply replied that that was just a service the funeral home provided.  A complimentary pan of fried chicken with every funeral.

Funeral Chicken.  I am still confused.

Feel free to contact me at jacobthecarpetbagger@gmail.com
Posted by Jacob at 11:47 AM