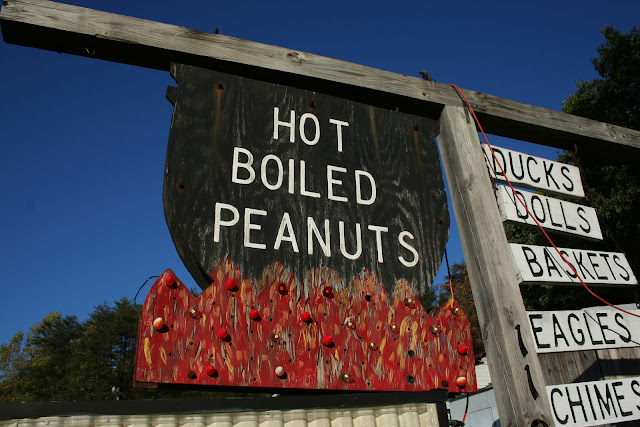 After moving to the South it took some time to familiarize myself with local cuisine.  I never knew how many different things you could fry or pickle.  Some foods I was just never able to get on board with.  I still think sweet potatoes taste lake baby food. 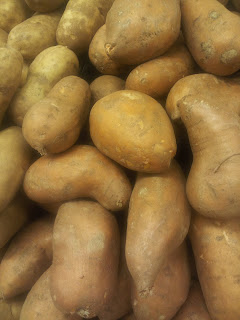 I previously thought grits were too bland for even babies to eat, but I realized they can be greatly improved when you put some shrimp on them. 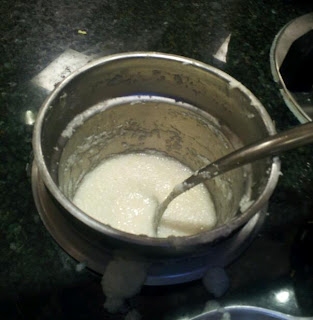 One Southern delicacy that I was somewhat hesitant to try was the ever present boiled peanut.  These peanuts were seemingly sold everywhere you went in the South, sold out of ramshackle stands on the side of the road. 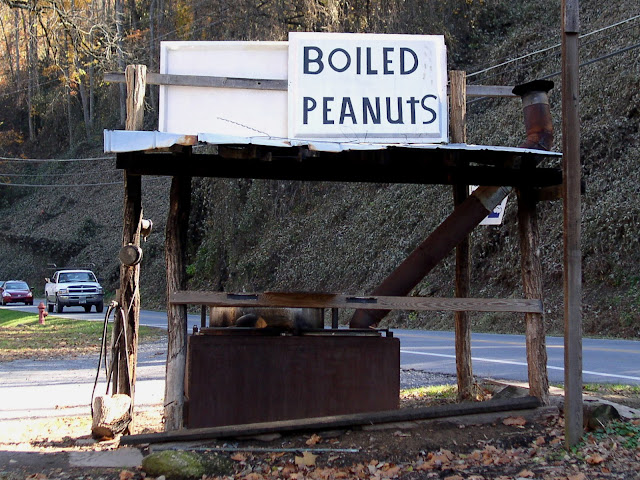 One of my first introductions to boiled peanuts was a roadside salesman I passed everyday.  The man looked like Charles Manson and stood on the edge of the road holding out a zip-lock bag of Peanuts.  He had a sign that declared the peanuts for sale.  He would be there without fail everyday, even in the rain.  He would stand there with rain pouring all over him as he held out his bag of peanuts, looking quite frightening.  I was not as brave back then and never bothered to stop.  One day the man was gone and replaced with a metal sign that said that selling produce on the side of the road was illegal.

When I finally decided to try boiled peanuts I did it the wrong way.  I bought a can of boiled peanuts at the grocery store.  It was cold, disgusting and slimy.  I wondered what all the fuss was about.  But I had made a crucial mistake.  Boiled peanuts should NEVER be brought pre-packaged.  The should be bought at the after mentioned roadside stands.  They need to come out of a big stinky black pot that can be smelled for miles. 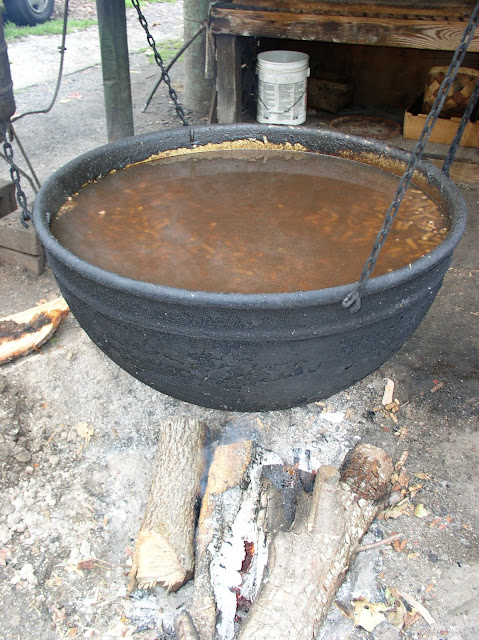 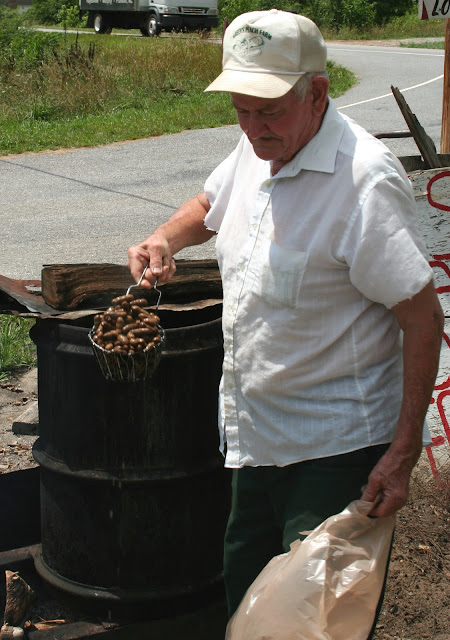 They are an absolute delicacy.  They are hot, salty, meaty and delicious.  They are the ultimate southern road trip food.  They are worth having sticky salty hands and a car full of slimy peanut shells.

Our favorite place grab boiled peanuts is the roadside stand in Cherokee, NC, right before we enter the Great Smoky Mountains National Park.

The peanuts are sold by this man. 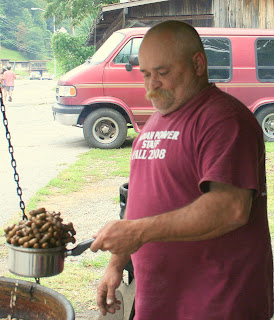 He one time told me he ate nothing, but peanuts.  I'm not sure if he was joking or not.

The signs for these shacks are impressive in their own right and some can be considered works of folk art. 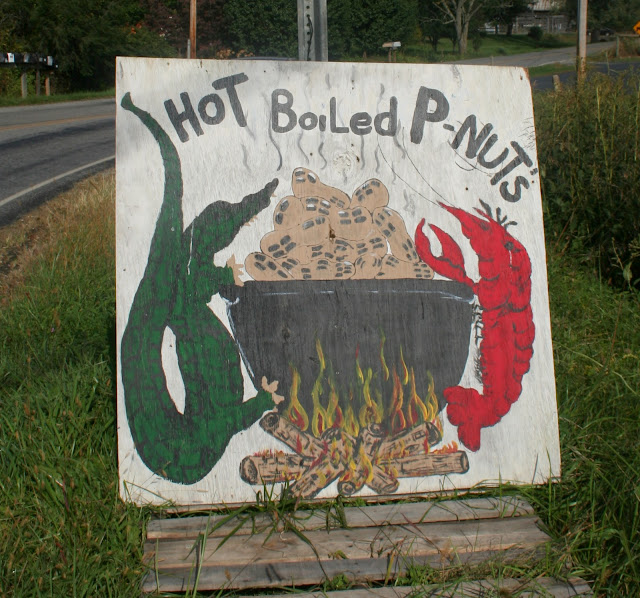 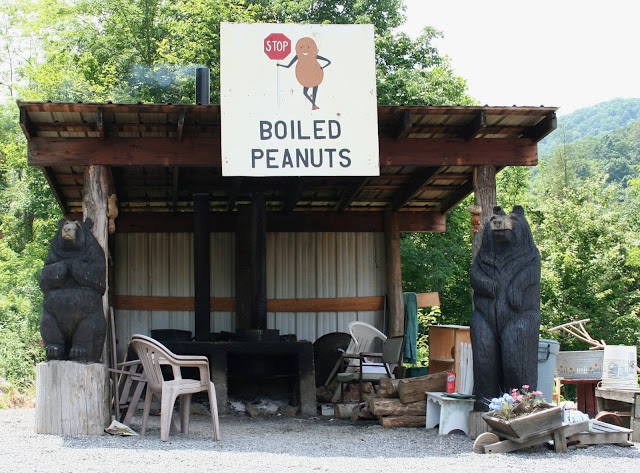 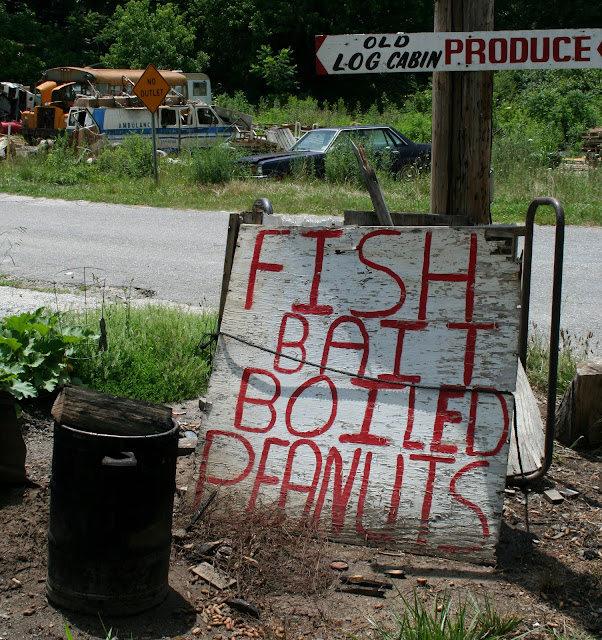 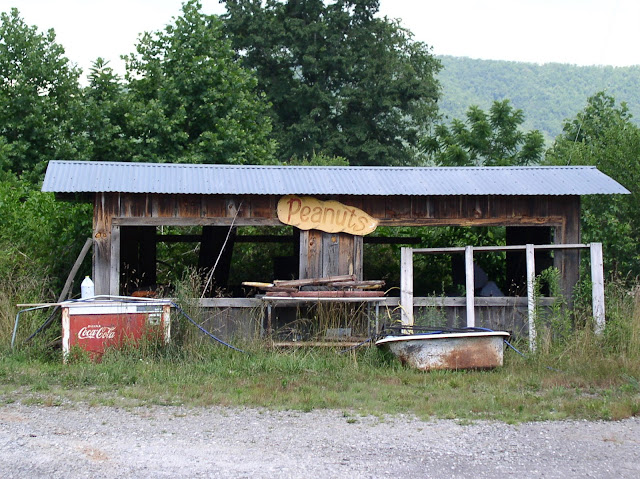 These shacks are true parts of the Southern roadside. 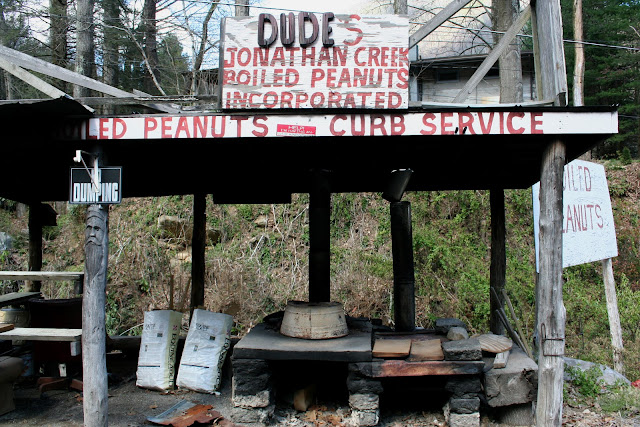 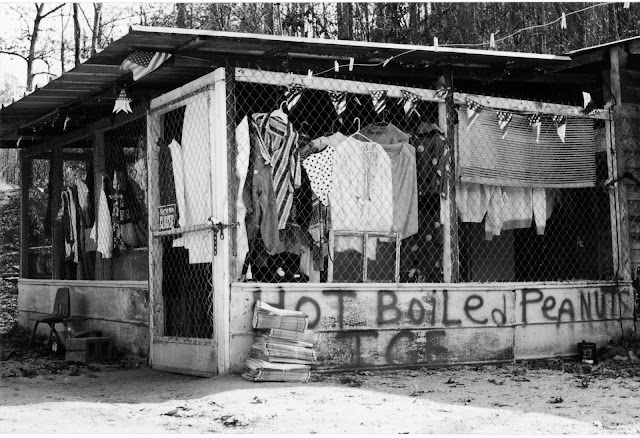 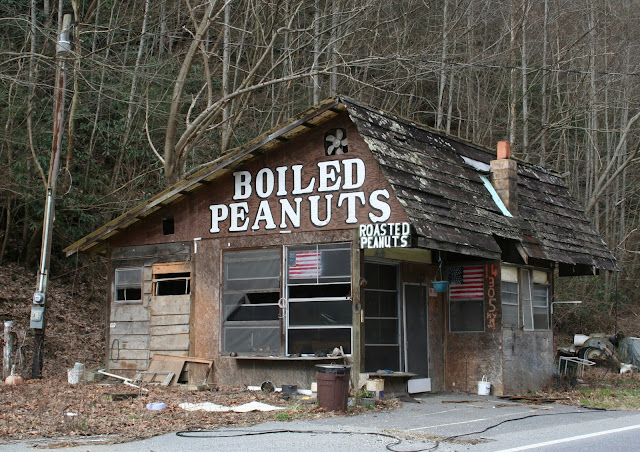 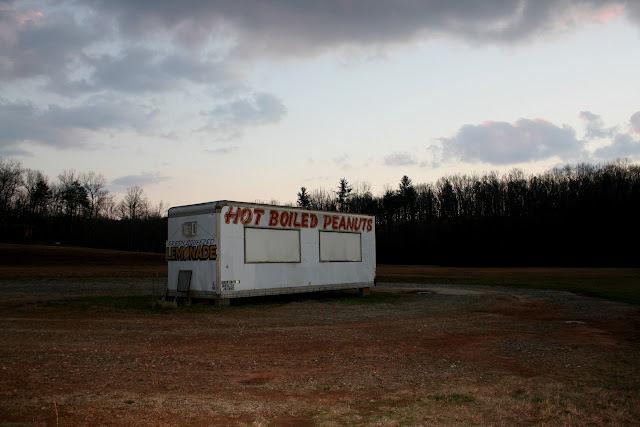 Of course boiled peanuts are not completely isolate to roadside stands.  I have to give a shout out to one of my favorite restaurants:  Hyman's Seafood in Charleston, SC.  They give a bowl of boiled peanuts to every table much like a Mexican restaurant gives chips and salsa.  Another cool thing about Hyman's is that it is a hotspot for celebrities and they stamp each table with the Celebrities that have sat at that particular table. 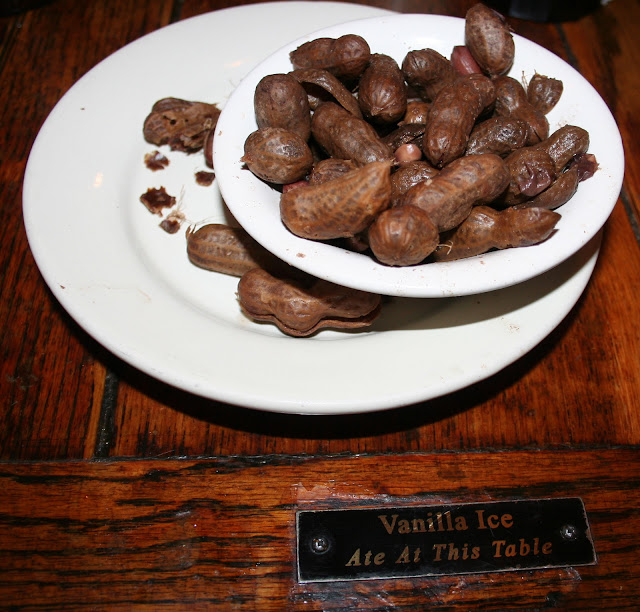 That's right, I got to eat boiled peanuts in Vanilla Ice's seat.  My wife was sitting in Michael Bolten's seat.  I like to think they ate there at the same time.