Not So Scary Cults

Cults get a bad name.  When you think of Cults you either think of virgin sacrificing devil worshipers....... 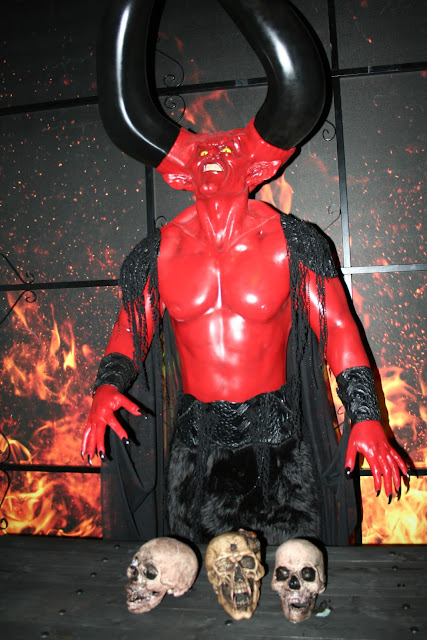 or you think of such individuals like Jim Jones or David Koresh, people drinking cool-aid and sacrificing themselves to their Alien overlords.....

But across my travels I have come across several cults that are neither frightening nor dangerous.....I wanted to take a minute to talk about them....

As the word "cult" is considered derogetory, you would think that a group would a void using it, however the folks at the Oyotunji village proudly introduce themselves as a "Vodun Cult".

The Oyotunji consider themselves an independent nation despite the fact that it is only several acres of land in South Carolina.  However, they are not some secluded isolationists either.  They proudly advertize their existence. 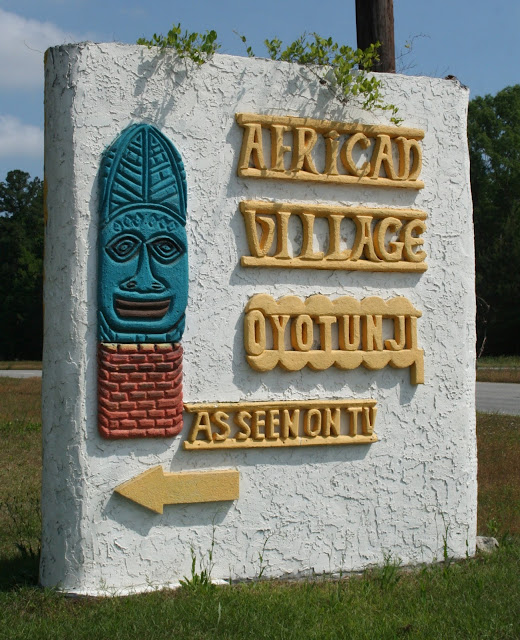 We showed up at the village to find that it costs 10 dollars for Americans to get in.  I would have happily paid for a tour, but they didn't take credit cards. 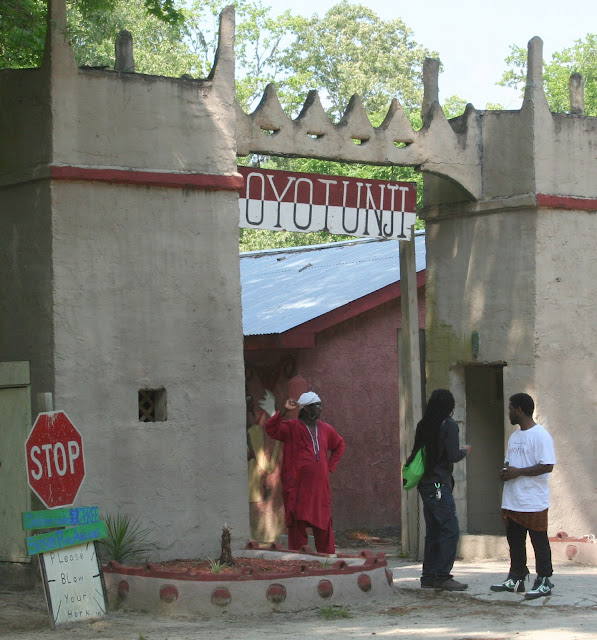 No relation to David Koresh.

The Koreshan Unity Settlement  was founded by one Cyrus Teed. 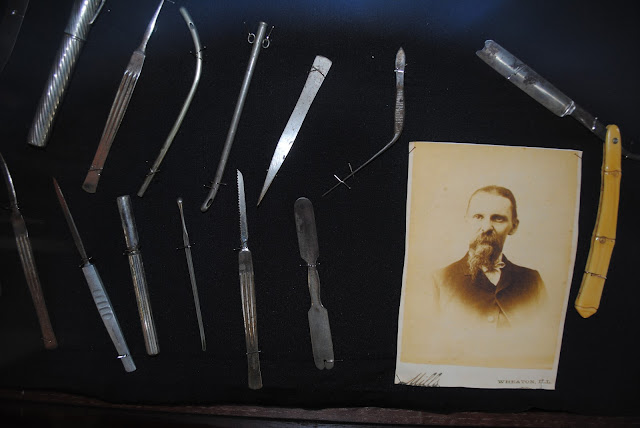 Cyrus moved his followers to Estero, Fl to start his communal society.  The Koreshan's ran their own stores to raise money and sold such wonderful products as Koreshan Unity Jelly. 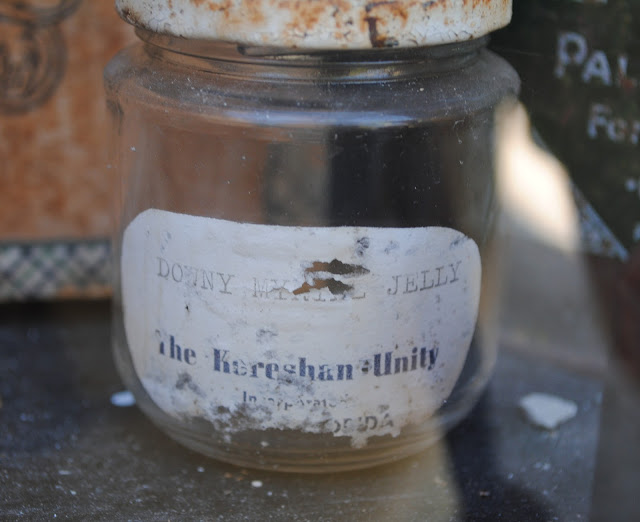 What really makes the Koreshan's stand out is one of their core beliefs..... 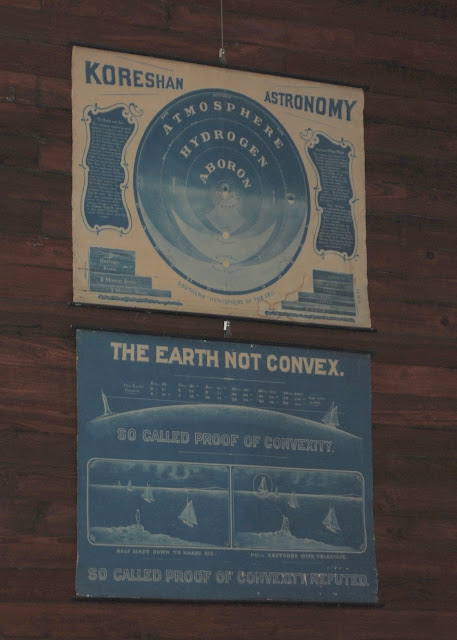 The Koreshans believed that the the earth was no convex, but concave.  Instead of living on the outside of the earth, they believed we lived on the inside.  The concept is illustrated quite nicely with this globe. 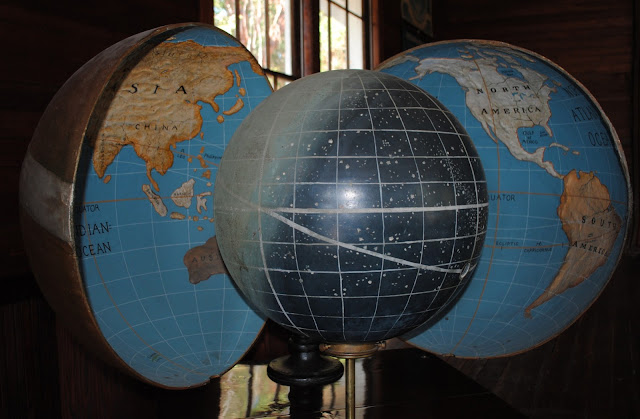 The belief was that we were held to the inside wall of the earth due to centrifugal force.  The sun was a burning battery floating in the middle of the sphere.

Cyrus claimed to proved this theory using a mysterious device know as the Rectilineator, which he used in a series of experiments in Naples, FL. 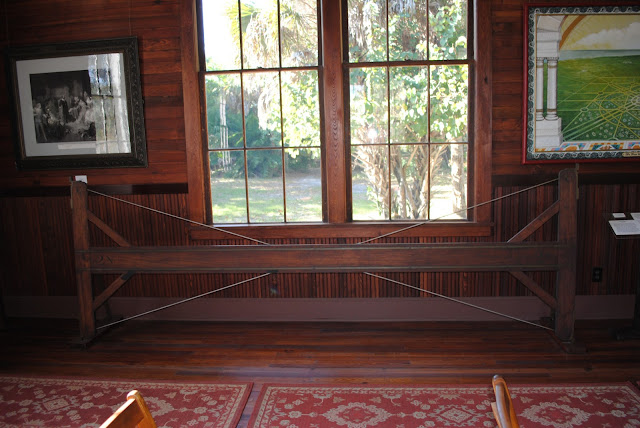 When Cyrus died in 1908 it was assumed by his followers that he would rise from the dead, so they left him rotting in a bath tub until they were forced to bury him by local health officials.  His body would later be carried out to sea by a hurricane.

In the 1960s the last member would die and  leave the commune to the state of Florida, where you can now go to watch Gopher Tortoises breed. 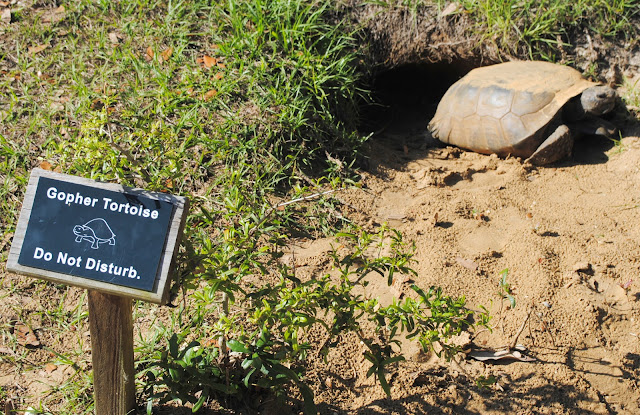 Awhile back there was a controversial event held in Asheville, NC.  There was a "Topless Rally" to fight discrimination of women.  The rally organizers claimed they were there to fight inequality.  If men were allowed to go shirtless in public, then why shouldn't women?

There were a few flaws in this logic.  Number one is the fact that it is not illegal in North Carolina for woman to be topless in public.  This takes a little sting out of the protest.  Plus fact that the rally was primarily drunken frat boys that just showed up to see boobs also takes away from their cause a bit.

Here are some photos of the rally.  While I take no "side" in this matter, I choose not have nudity on my blog and added a little bit of censorship via my friend Little Satan. 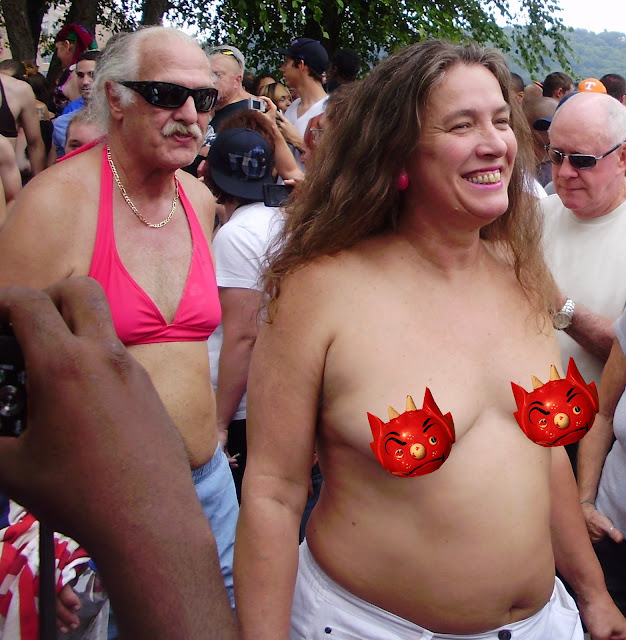 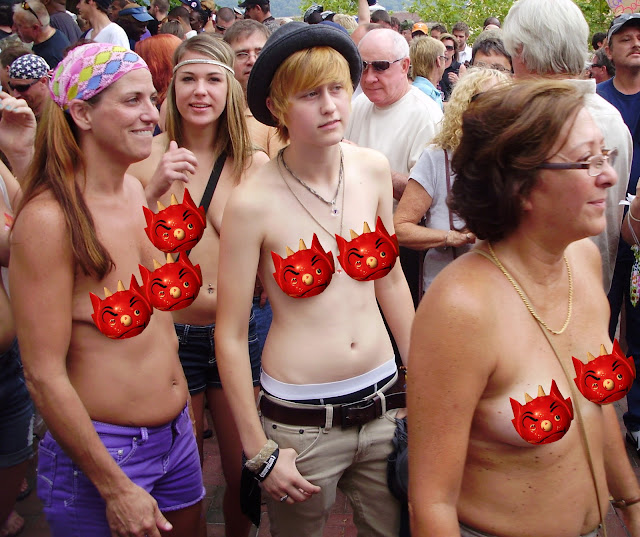 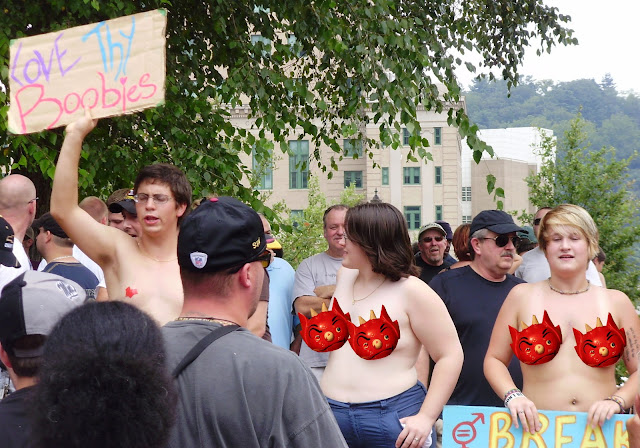 Perplexed by the reasoning behind this event I did a little bit of research and found that this event was funded by the Raelian Church. 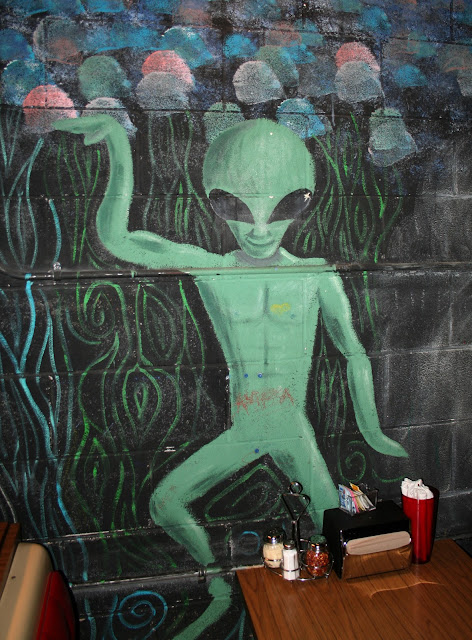 If you don't remember the Raelians, they are the UFO Cult that made headlines in 2002 when they claimed to have successfully have cloned a human being.  They believe that the human raise was created by Aliens.  They are dedicated to creating welcome centers across the world for the coming Alien landing.

What does this have to do with naked boobs?  Who knows.  Would it be cynical to think such a thing is publicity stunt?