In my little corner of the Appalachian Mountains, there is no bigger folk legend then Marvin "Popcorn" Sutton.  Popcorn was seen as the last of a breed.  He was considered the last of the great Mountain Moonshiners, and he would tell you this himself.

My introduction to Popcorn came in the form of an innocent looking piece of plywood. 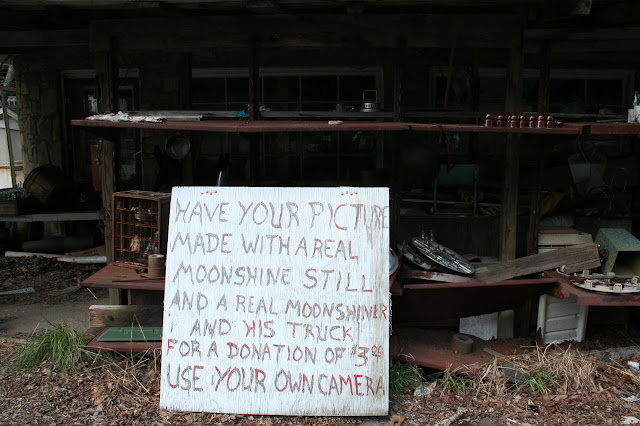 Now I have had my picture taken with a real Indian.... 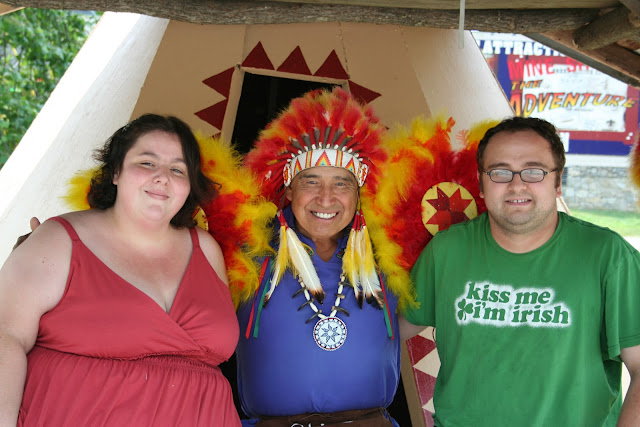 But never a real moonshiner..........The idea fascinated me. If Native Americans could charge for pictures, why not Hillbillies? 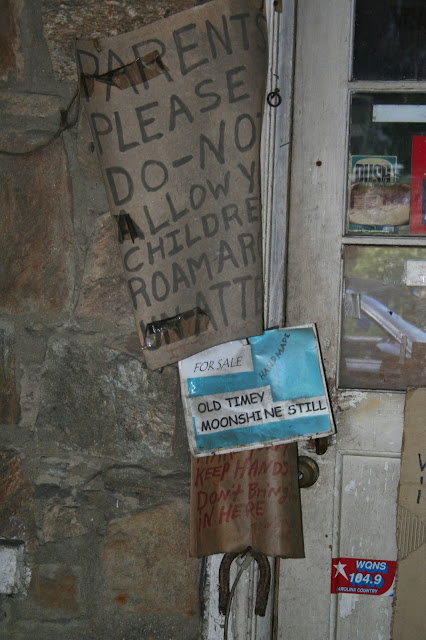 After a little bit of poking around, it turned out that this was no ordinary Hillbilly, this was the Hillbilly.  Popcorn Sutton has been featured in countless documentaries and books about old time mountain heritage and moonshine making.  His manifesto titlted "Me and My Likker" was released in 1999 and followed up with a documentary by the same name.   He would also make a prominent appearance in the History Channel special "Hillbilly: The Real Story".  Past clips of Popcorn are shown on the History Channel program "Moonshiners."  He wasn't the only moonshiner, but he had the most style.  He was a living museum piece.

I was determined to meet this legend.  I stopped at the local Mountain Museum. 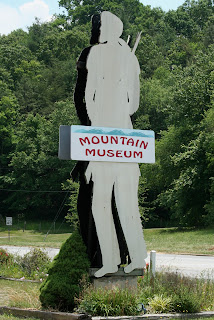 The lady that worked there was familiar with Popcorn, but said that he had become more reclusive and did not come around much anymore.  She did sell me a nifty Popcorn Sutton shot glass, though.

I couldn't seem to catch up with him, but everywhere I looked there were signs taunting me. 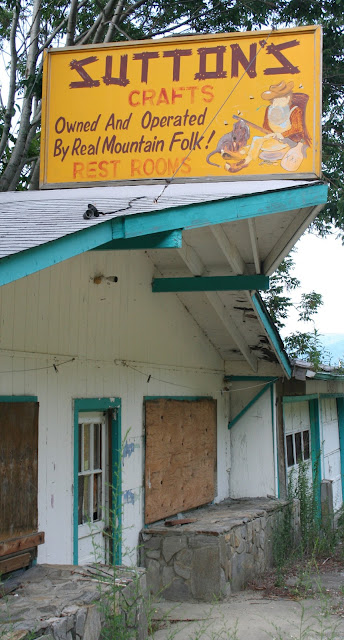 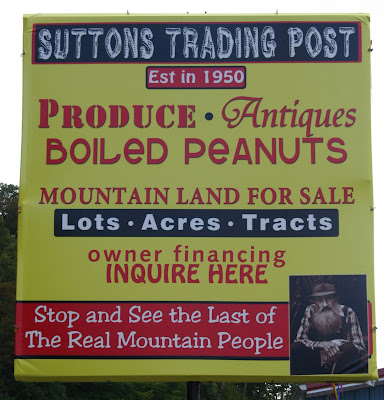 As it turns out there was a good reason that Popcorn wasn't coming around much.  He was in some legal trouble.  Popcorn had been arrested for get this:  Making Moonshine.  Popcorn was sentenced to 18 months in prison. 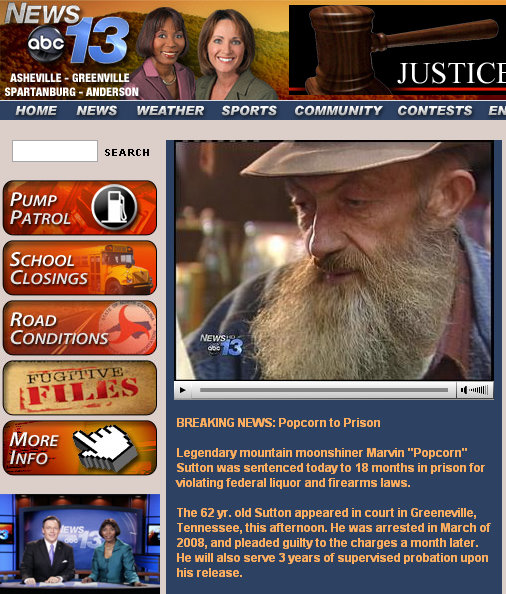 I didn't give up hope though.  Certainly he would return to he would return to Maggie Valley with a heroe's welcome.  Sadly, this would not be the case.  What would happen next, would be foreshadowed in the most unlikely of places: an Interview with Johnny Knoxville. 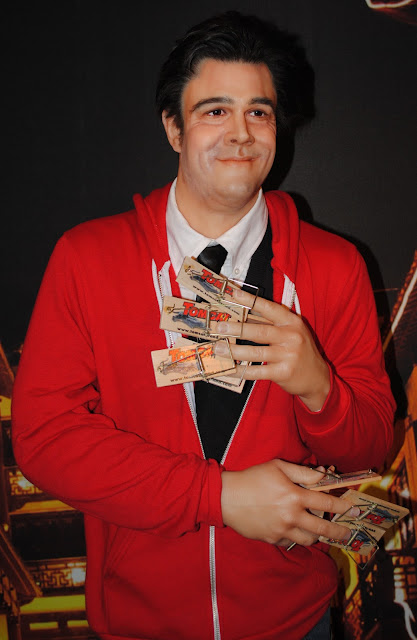 You can watch the Interview HERE.  Be warned, it may be the funniest thing you have ever seen, but it is also incredibly crude an inappropriate.

During the interview Popcorn shows Johnny that he has already purchased his tombstone, and his casket (as well as the shovel to bury him for some reason).  Here is his tombstone.

While at the time this seemed like a bit of crude humor.  It was no laughing matter.  Popcorn's "Fuck You" was directed right at the Federal Government. 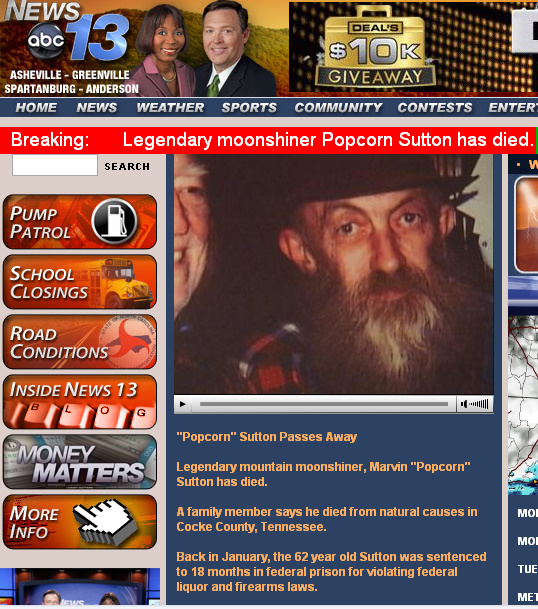 Popcorn would kill himself with carbon monoxide rather then going to prison.  He made the decision to end things on his own terms.  Some say this embodies the Mountain spirit that Popcorn championed.

Popcorn's moonshine, which led to his arrest and suicide, can now be purchased legally in liquor stores as his widow would team up with Hank Williams Jr. to manufacture Popcorn brand moonshine.

I regret not getting a chance to meet this Mountain legend while he was alive.  There is talk of a Popcorn Museum popping up, so I'll keep my fingers crossed.

You can visit his home site in Maggie Valley, NC, but it is covered in brambles and vicious dogs. 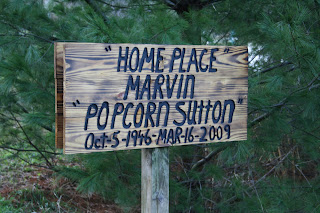 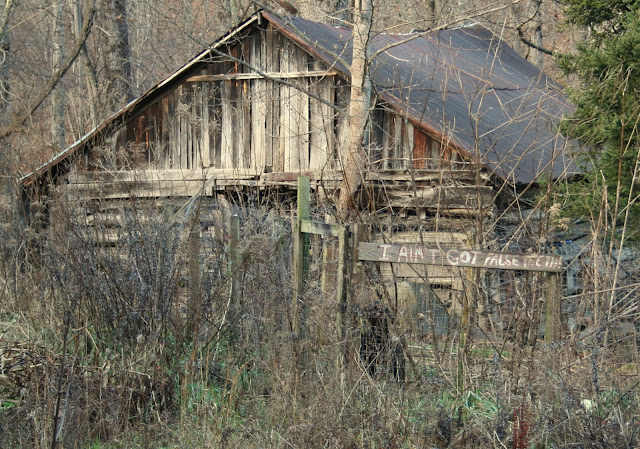 Here is a mannequin tribute put up by a local craft shop.... 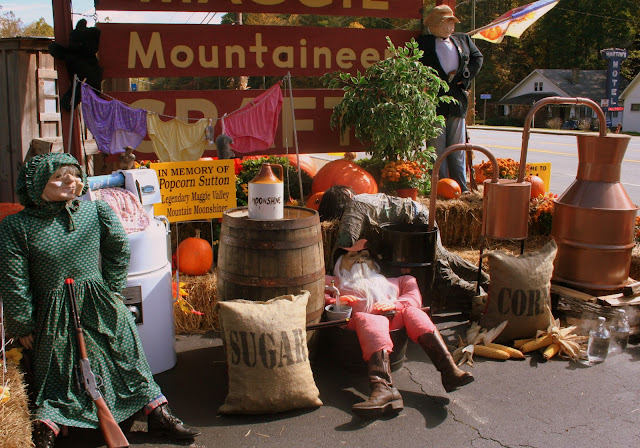 Or this local museum display.... 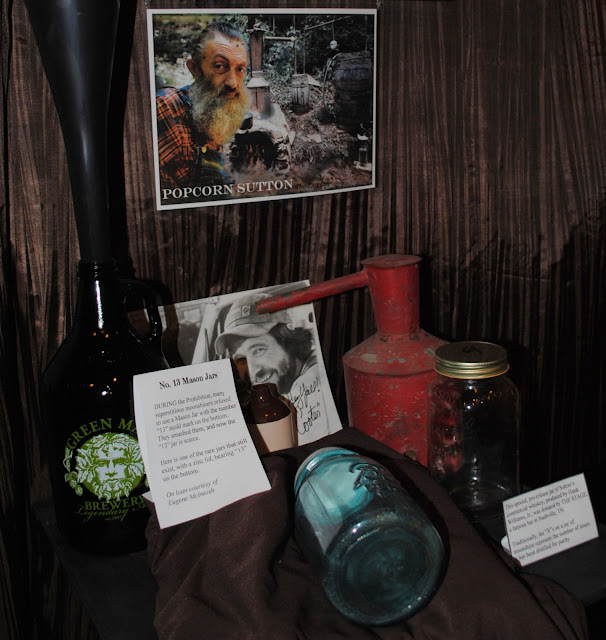 Or this shrine found on top of a local gas station's coffee maker.... 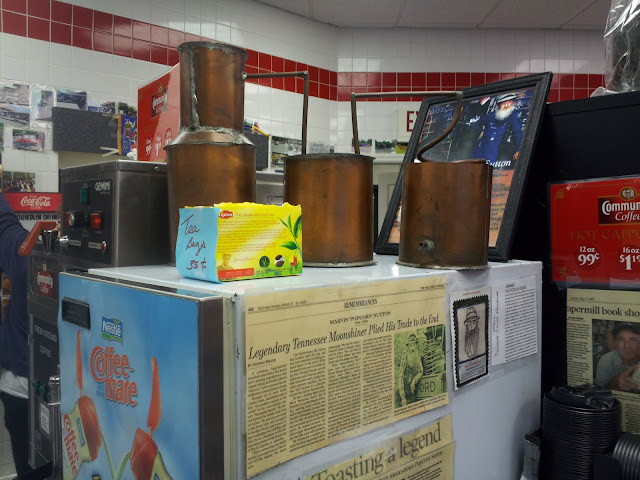 While you can't have your picture made with a real Moonshiner anymore, it seems that the legend of Popcorn Sutton will last forever. 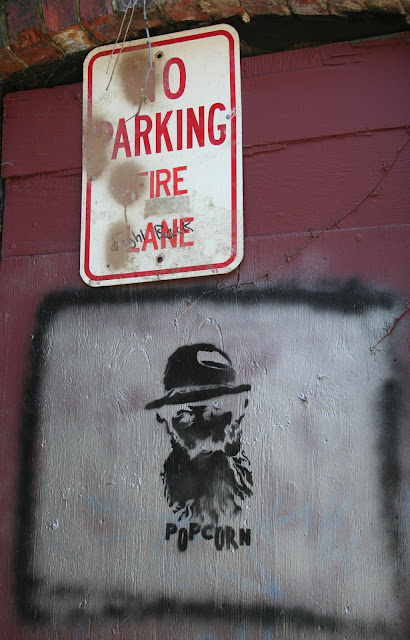 Please feel free to e-mail me at jacobthecarpetbagger@gmail.com
and check out my Flickr Photostream
Posted by Jacob at 12:30 AM