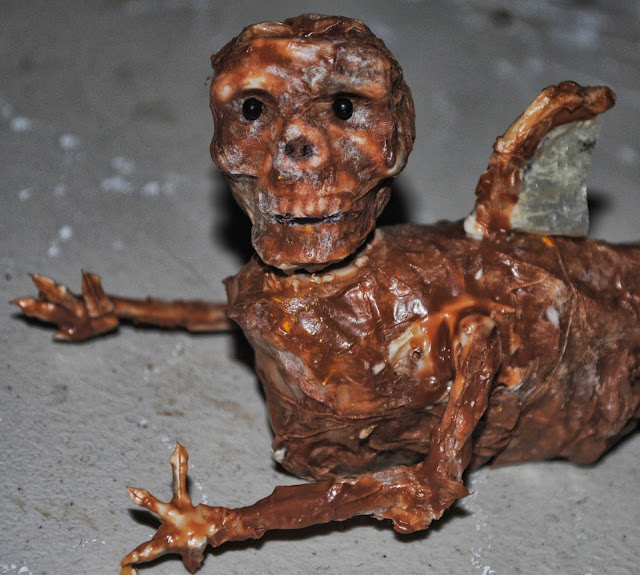 Recently, I have been trying to teach myself how to make my own sideshow gaffs, primarily a Fiji Merman.

I documented my first attempt HERE. 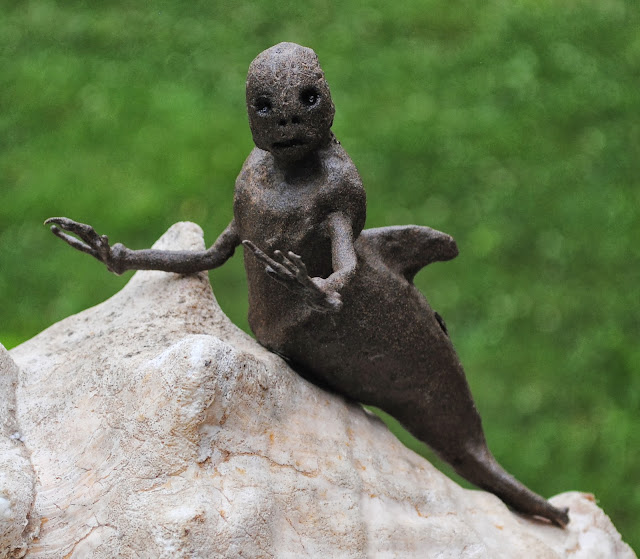 I wasn't very happy with this Merman.  He was two dark colored and his skin was too smooth.  His face was oddly featureless.   I decided to give making a merman another crack.  This time my budget was 25 cents.

I started by buying a rubber skeleton at a garage sale for 25 cents, blowing my entire budget.

I chopped the skeleton into pieces and used the ribcage as the base for the body.  I made a mixture of elmer's glue and brown paint.  I dipped crepe paper into the concoction and wrapped it around the rips to form the body.  I made some other modification and shaped the hip bones into a tail fin.  I used the skull to make the face, but the head was way to big so I the face off and wrapped in around a ball of toilet paper and covered it in the crepe paper.  I put to black pins into the eye sockets to make eyes.

Now the one thing that I DID like about my first merman was the hands, which were made out of the feet of a bird my cat killed.  My cat had killed another bird (public menace) and I was going to use the legs again to make the arms.

Unfortunately, my cat decided she was not down with the bird leg and tore it off the merman while I left it out to dry.

I had to improvise and fashioned some artificial arms out of some old bones and liquid nail.  I used the fingers of the skeleton to make the hands. 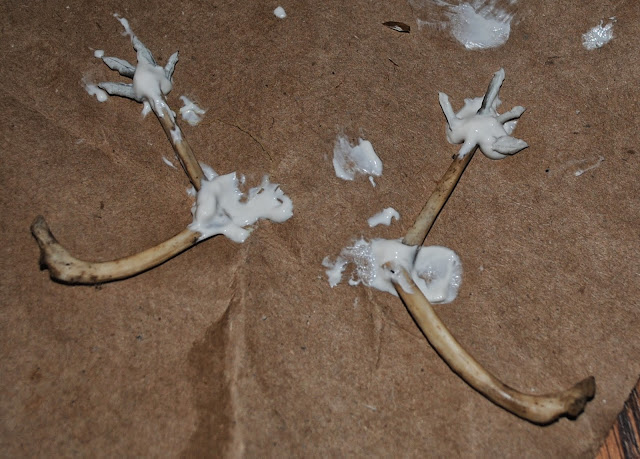 I finished off the merman by making a dorsal fin out of another bone and making fins out of a plastic bag (specifically the yellow bag they put around the corn at Long John Silver's). 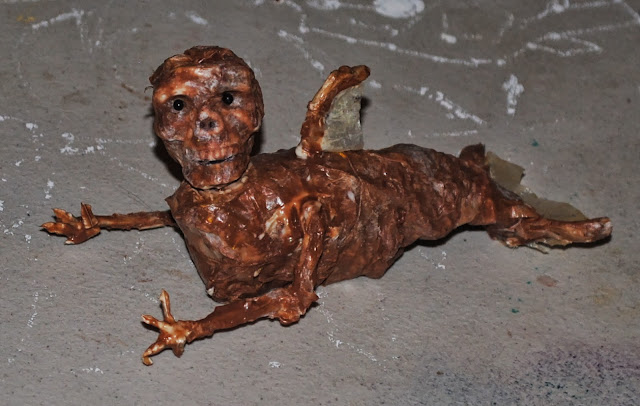 The arms turned out better then I thought, but I think the bird legs would have looked better.

The face is an improvement, but it looks too skeletal.  I should have probably put a couple extra layers of crepe paper on it.

Also, he's way to shiny.  I'm having a lot of trouble getting my merman the texture I want.  I want it to look like dried up flaky skin, but I can't figure out how to make paint look like that.  I was hoping the paper would create the effect, but there is still tow much gloss.   I would LOVE any of you craft happy people out there to help me map out Merman 3.0.

Please feel free to e-mail me at jacobthecarpetbagger@gmail.com
and check out my Flickr Photostream
Posted by Jacob at 11:45 PM