Well, its fall.  After a hot summer it is time for people to bask in the cooler weather and check out the natural beauty of the changing leaves.

This of course bring me to a mainstay of fall tourism:  The Corn Maze. 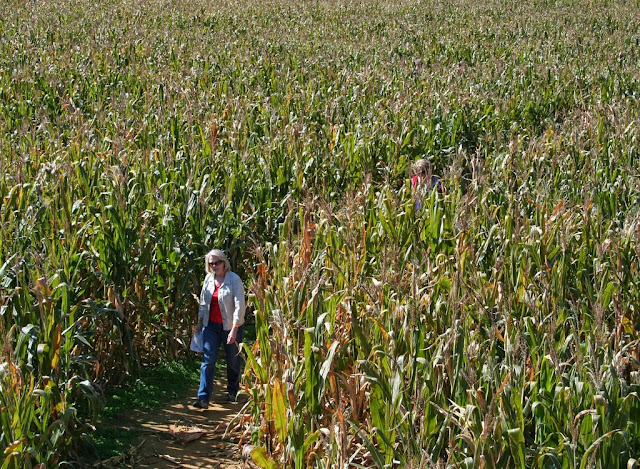 Corn mazes sound like a lot of fun.  Mazes are fun.  Corn is delicious.   What is not to love?

In reality a Corn Maze combines the the fun of being lost of in a corn field with the crippling inability to walk in a straight line.  Corn mazes are poorly ventilated, hot, muddy and full of bugs.  After about 5 minutes you forgot why this sounded like a good idea in the first place.  There are 2 possible scenarios, either you get lost in the maze and spend an uncomfortable amount of time wandering around with no sense of direction OR you accidentally get turned around and stumble out the way you came in and end up feeling like you've been ripped off.

Of course there are certain ways to spice up corn mazes.  For instance, throw in a few rubber masks and chainsaws and you have a much more exciting haunted corn maze. 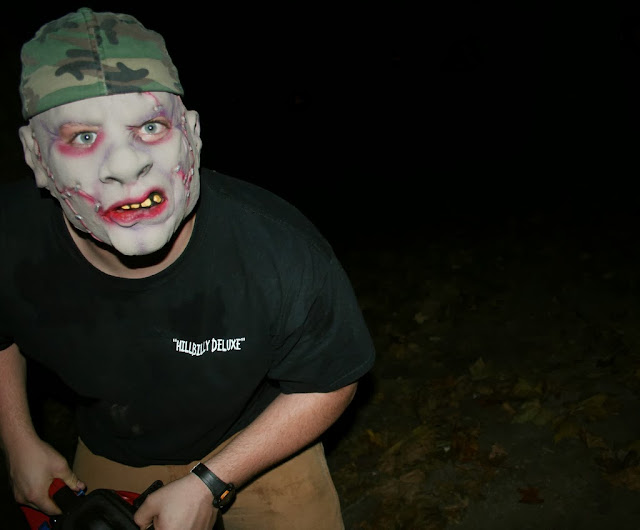 Of course scaring the crap out of people in a corn maze sends them barreling through the walls of the maze, messing up the maze and breaking Maze etiquette. 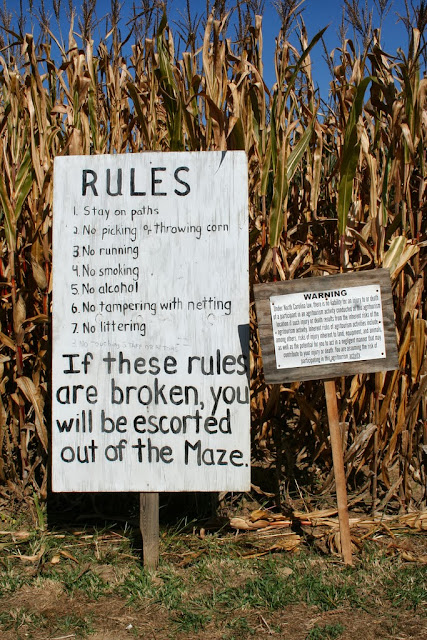 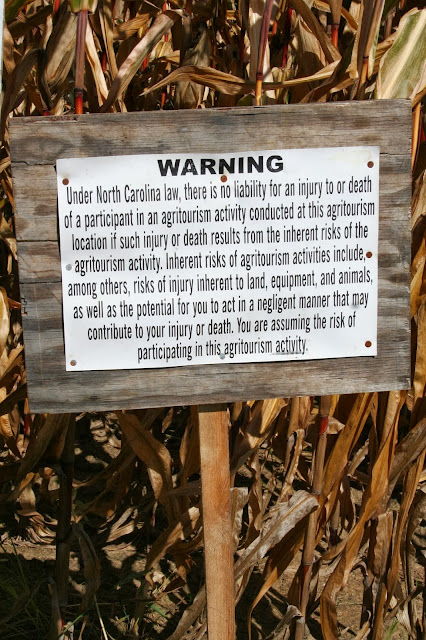 You read that right.  If you step into the Maze you are taking your life in your own hands just by stepping into the maze.  If their maze kills you its your own fault.  Safety risks of entering a corn maze include: suicidal thoughts, starvation and minotaur attacks.

Okay, I admit, I am being awfully hard on corn mazes.  Instead of wondering around in the bug infested mud inside the Maze, they are much more enjoyable from the sky. 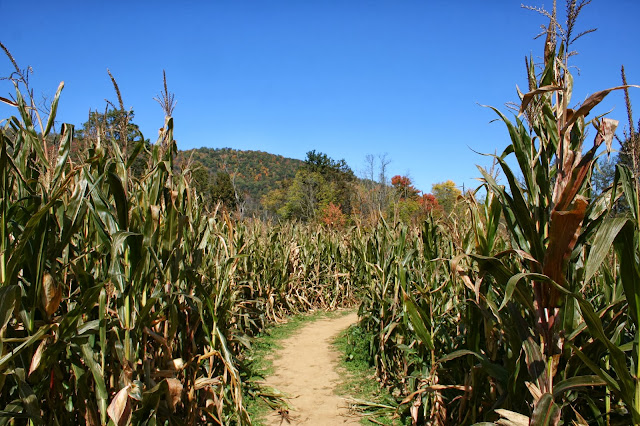 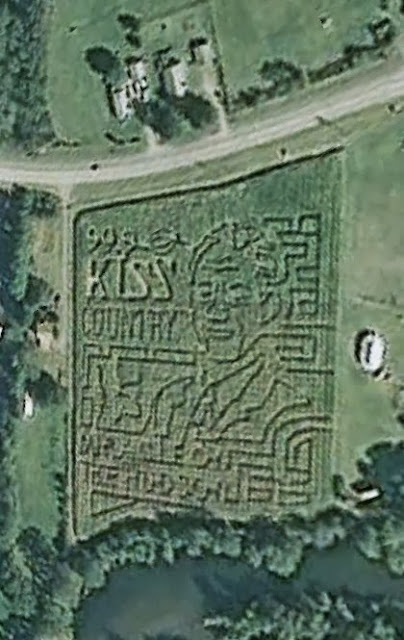 That's Captain Sully in case you were wondering.

Awhile back when I was wondering around on a back road I noticed a mysterious tractor popped up on Google Maps. 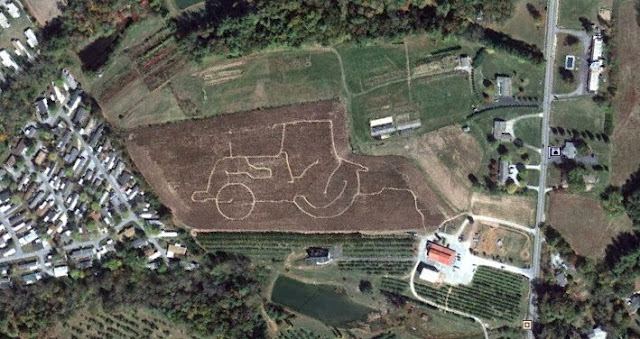 Turns out it was a (somewhat primitive) Corn Maze.  After doing some research I found that the desktop version of Google Earth has a feature where you can browse past satellite imagery.  This revealed the odd etching of what appears to be a scarecrow from a few years back.

Strange how much work goes into making these mazes look like something from the sky, given how most people will never seen them.  Almost like a modern version of the Nazca Lines.

So I spent the evening hunting down corn mazes on Google earth. 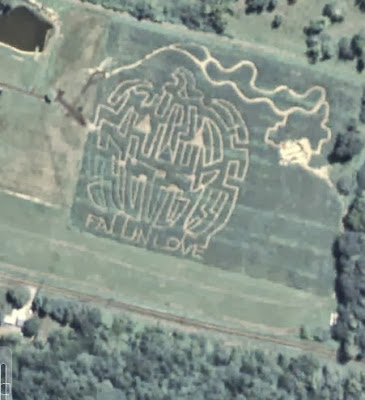 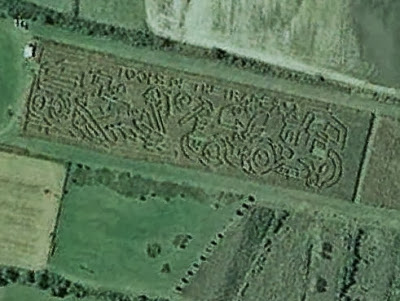 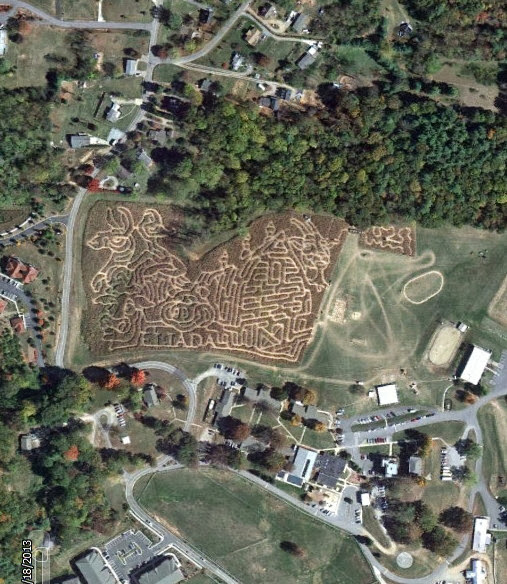 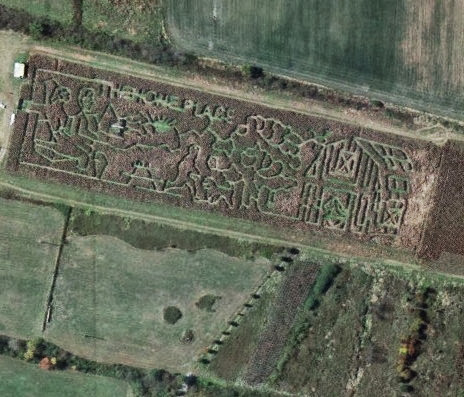 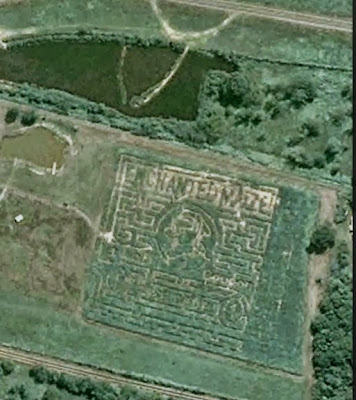