I am a big sucker, that is for sure.  When I heard that the World's Largest Potato was going to be less then an hour away I knew it was my duty to go see it at all costs. 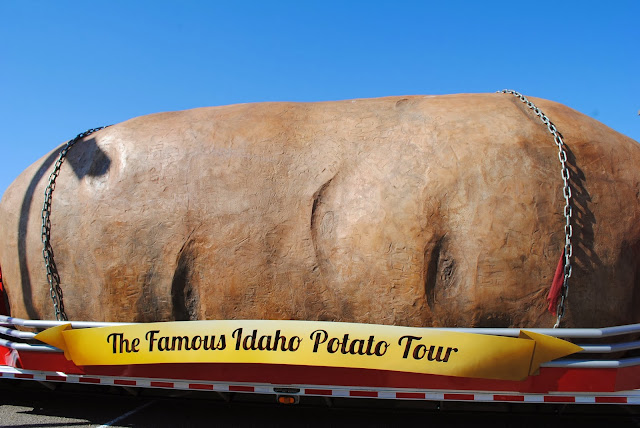 Now, let's make something clear:  This is not a "real" potato.  This is something that is constantly being pointed out to me.  Yes, many thing's that are advertised as the "The World's Largest" are not actually the items themselves, but a facsimile of the object.  People seem to delight in pointing this out to me.  Let me retort:  knock it off and just go along with it.  The world's largest fish is made of fiberglass, the world's largest ketchup bottle is not full of ketchup and the world's largest basket is actually just a building shaped like a basket.  "The World's Largest Facsimile" just doesn't sound appealing.  A 12,000 pound fiberglass potato IS the world's largest potato.  The fact that it is not made of organic material simply does not matter.

Now unlike a lot of the World's Largest Objects the Potato is mobile and it has been on quite a journey which is documented HERE. 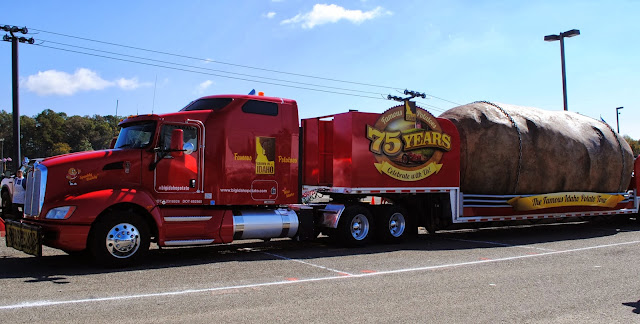 I love the presentation.  It is reminiscent of old gag postcards from Idaho.

I found out yesterday that the potato would only be near for another 24 hours and so I dashed over to see the behemoth and have my goofy picture taken with it. 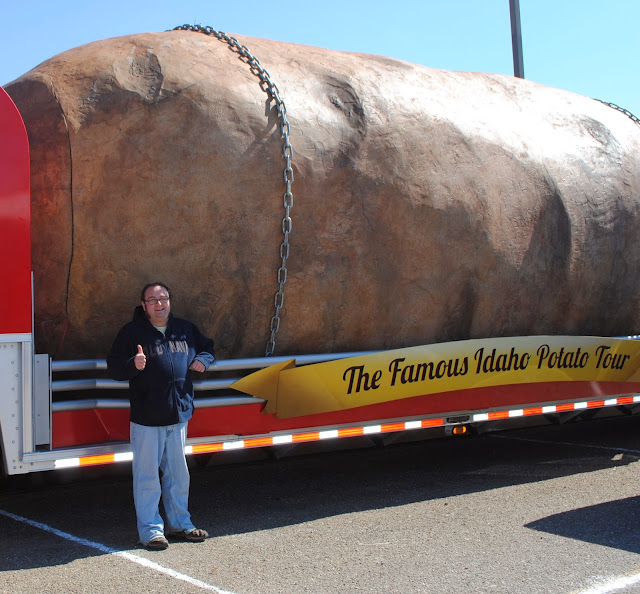 I even got a chance to meet the the official "Potato Crew". 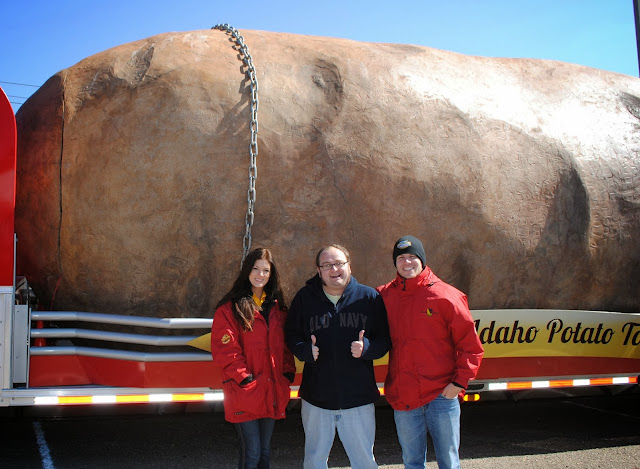 It was at this point that I realized I was at some sort of Tractor festival. 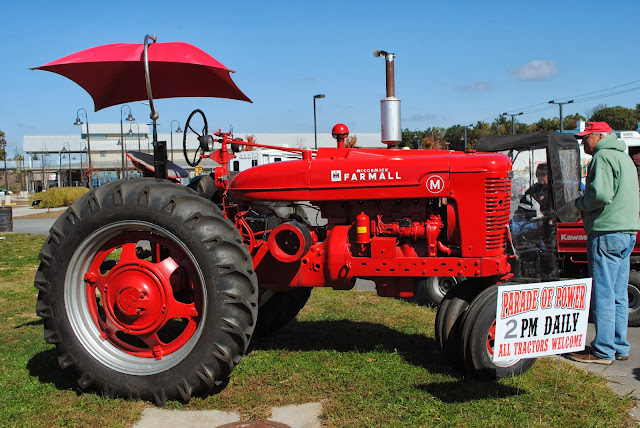 Now, I hate to badmouth agro-tourism, but I fail to be entertained by tractors.  It seems every local parade features about a million of them.  I guess you have to be a farmer to appreciate them.  On a side note: everyone there except me appeared to be a farmer. 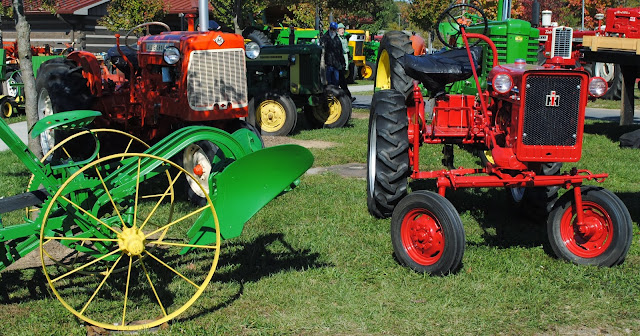 I did find this little "Hillbilly Pickup Truck" that I found somewhat charming.  It appeared to be powered by some sort of moonshine-still like contraption. 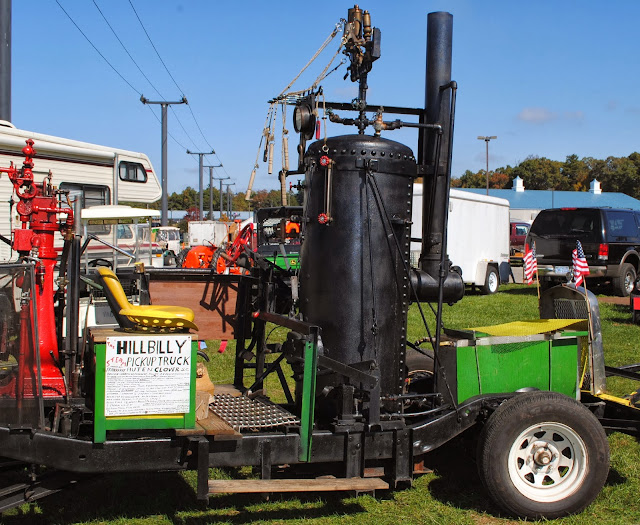 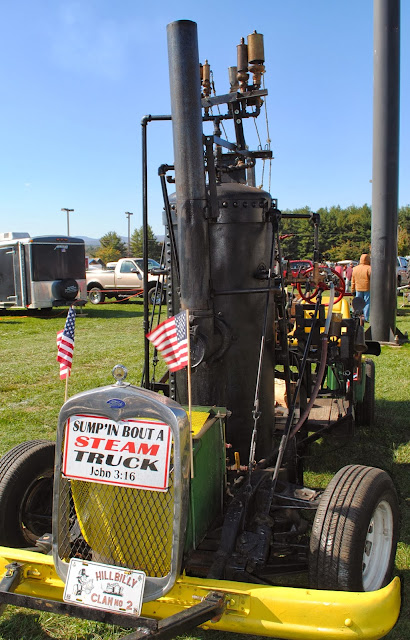 I'm pretty sure that is a misquote of the bible.

There were also rows of booths of people selling things.  I can't really tell you what exactly they were selling, but it looked like the stuff that the American Pickers pull out of people's back yards. 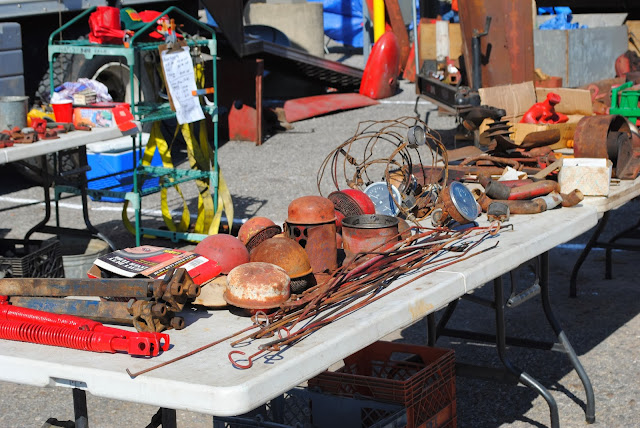 I did find this fairly awesome self-ass-kicking machine. 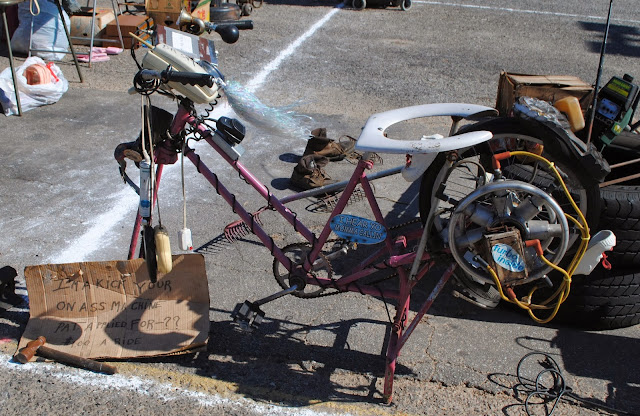 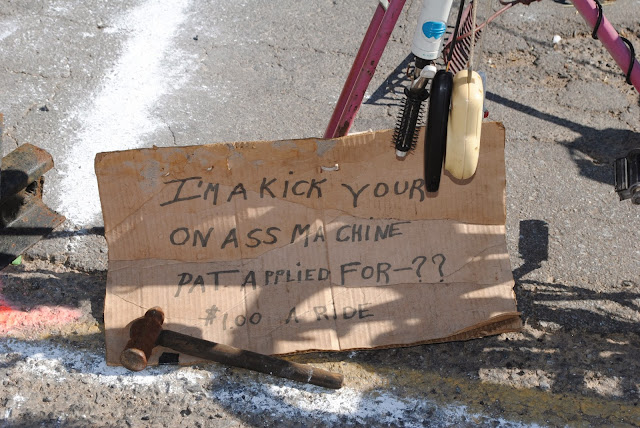 I would have paid the dollar to ride it, but I learned my lesson when the ass-kicking machine in Raleigh kicked me in the kidneys. 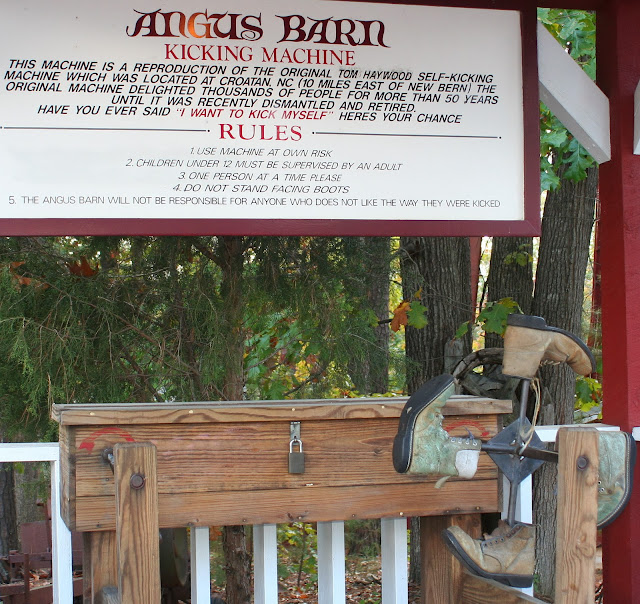