How Not to Treat an Indian Mound

Dotted across the United States there are mounds built by Native Americans.  These mounds were used as a central points of their community and sometimes even used to bury their dead.  A large amount of these mounds were thoughtlessly destroyed to make way for buildings, farming and roads.  Luckily some of these ancient treasures have been preserved.  Sometimes, however, they are not quite treated with the reverence they deserve

The Nikwaski Indian Mound sits right smack dab in the heart of the small town of Franklin, NC.  The mound was the center of a Native American town that existed over a thousand years ago.  The mound was nearly leveled at one point, but turn of the century school children collected pennies allowing the town to purchase it.  The Nikwasi Indian Mound still belongs to the town to this day.

There was one thing the town did not like about its historical treasure:  The mound was a pain in the ass to mow.  It was expensive and time consuming to keep the grass on the mound nice and trimmed.  The town decided that it was going to replace the grass on the mound with some sort of grass that stayed short.  Of course, first came the task of removing the old grass.  Which the town did simply by dousing the Nikwasi mound in poison. 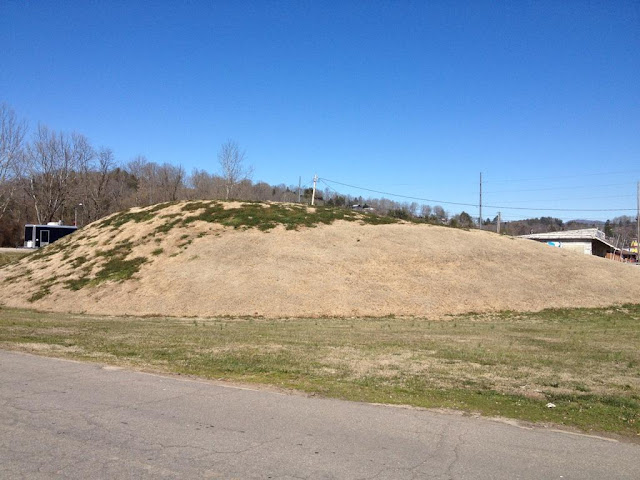 The local Cherokee Tribe was appalled.  Nikwasi is considered a sacred site by the Cherokee people.  Cherokee Legend has it that the mound actually contains spirit warriors that protect the area.  They felt that slathering this site in poison was disrespectful and contrary to the traditions of the Cherokee tribe.

When the mayor of Franklin apologized to the tribe the county board of commissioners reprimanded the mayor, showing that they would do whatever they pleased with their mound. 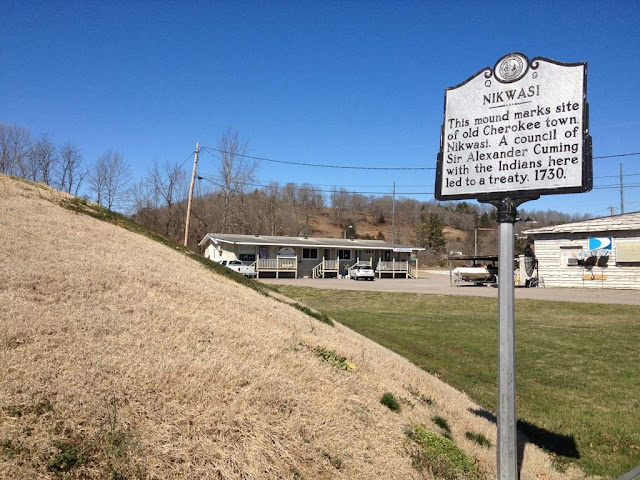 The tribe has asked that the land be given to them.  It remains a tense situation to this day as the sad bald mound sits in the middle of town.

The Nacoochee Indian Mound sits on the outside of Helen, GA.  It is known primarily for the Romeo and Juliettesque  Native American legend that is attached to it.  The story involves the Cherokee princess Nacoochee falling in love with a Choctaw brave named Sautee.  When Nacoochee's father, the chief, found out, he ordered Sautee thrown off of Yonah Mountain.  When Sautee was tossed off the Mountain Nacoochee jumped off as well, before dying the two lovers embraced.  The chief felt terrible for what he had done and buried the two lovers in the mound while they still embraced.

Is it just me or do all Indian legends end with someone jumping off a mountain?

What we know for sure is that the mound IS packed with bodies.  The remains of at least 75 humans have been found at the sight.

There is one other thing the mound is known for.  When the land was owned by civil war soldier John Nichols, he thought that the mound looked like a great place to stick a gazebo, so that is what he did. 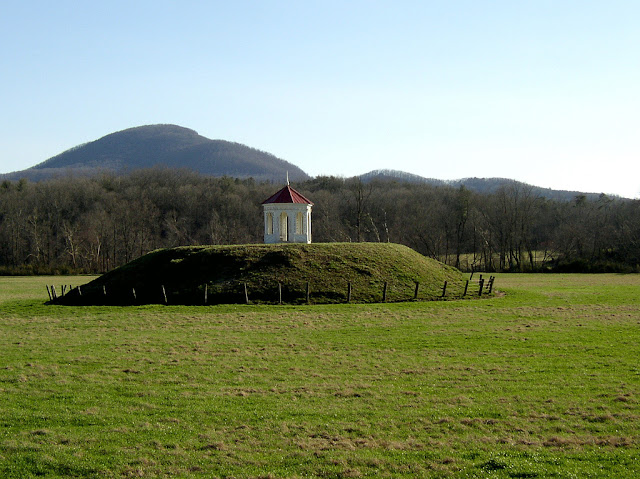 Now, many people have pointed out that it is disrespectful to build a picnic area on top of a mass grave.  That is an understandable point.  Ironically, some feel that if Nichols had not placed the Gazebo on top of the mound it would have been plowed down like many of the other mounds in the area.  So in a backwards way Nicholas saved it.

House on a Mound 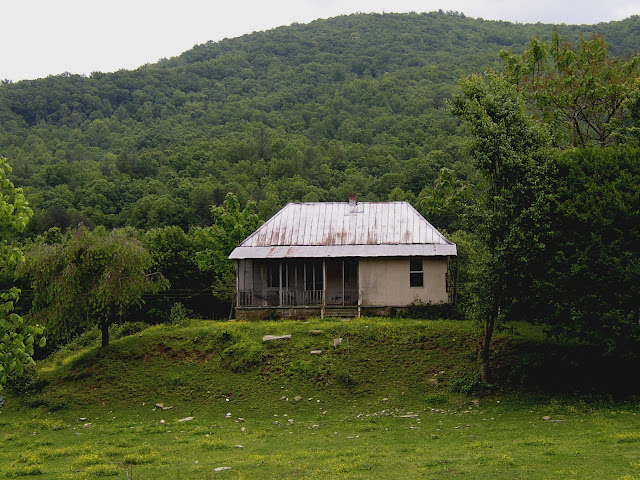 Now if you think building a gazebo on an Indian mound is bad, what about building a whole house.  This is a little known Indian Mount in Clayton, GA.  Building a house on top of an Indian Burial ground is the plot of quite a few horror movies.  It seems as though they were asking for it.  I actually knew the lady that grew up in this house and she had a few extra creepy stories.

I hope this article gave some usefull information on the care of Indian mounds!

Please feel free to e-mail me at jacobthecarpetbagger@gmail.com
and check out my Flickr Photostream
Posted by Jacob at 8:30 PM