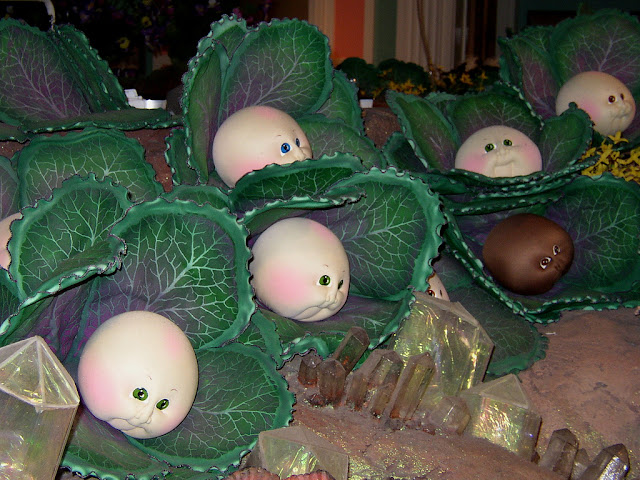 I am a huge fan of Roadside America.  Whenever we are traveling I make sure to check for anything interesting on the way.  Unfortunately, the rest of my family isn't always as excited about driving an hour out of the way to see some fiberglass monstrosity or obscure museum.

There is however one place that we can all agree on.  For all our own reasons, we love Babyland General in Cleveland, GA. 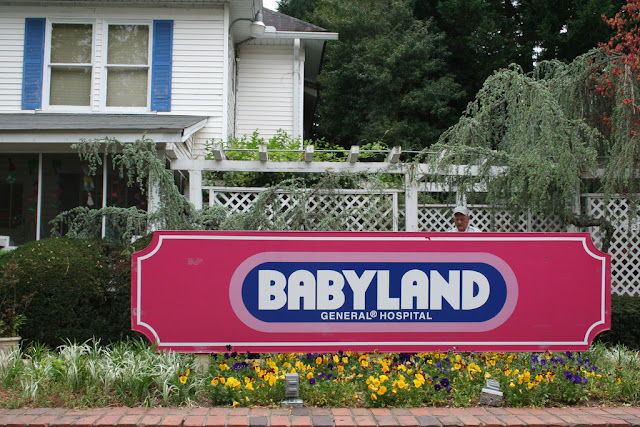 Babyland General is a mecca for lovers of Cabbage Patch Dolls.  Many people may not realize it, but Cabbage patch dolls are based off of old Appalachian craft dolls.  A man named Xavier Roberts took them global and became a billionaire.

Babyland General is not just an outlet store.  They sell one of a kind designer Cabbage Patch Dolls which range from 300-600 dollars a pop.  But there is so much more........... 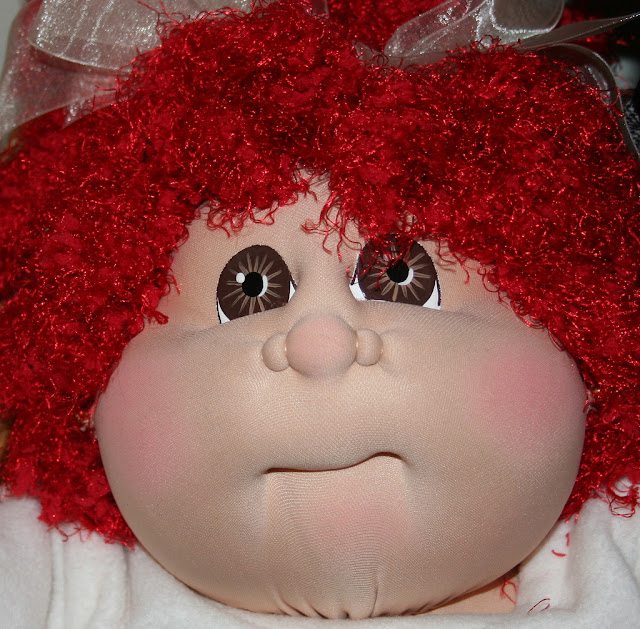 The original Babyland General was in an actual closed down hospital the utilized some of the old hospital equipment.  Check out these premature dolls in their incubators. 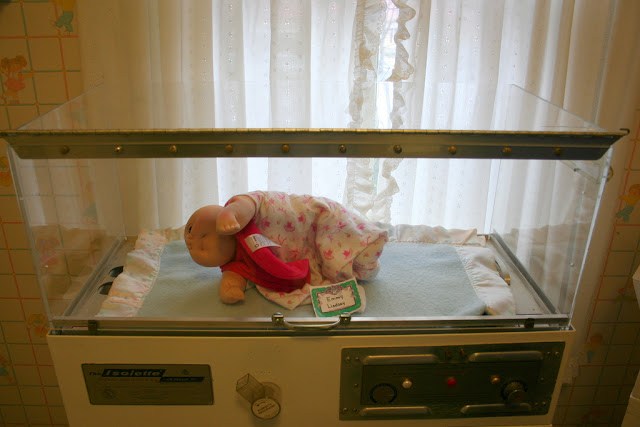 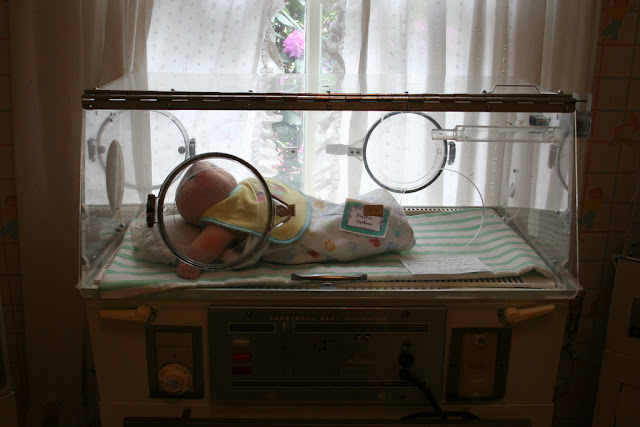 You can see the world's oldest Cabbage Patch Doll "Dexter" 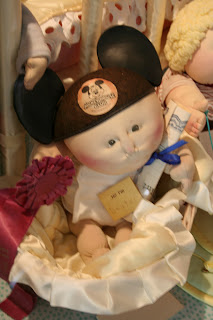 You will also get a once in lifetime chance to meet Mrs. Cabbage, the one and only adult cabbage patch doll. 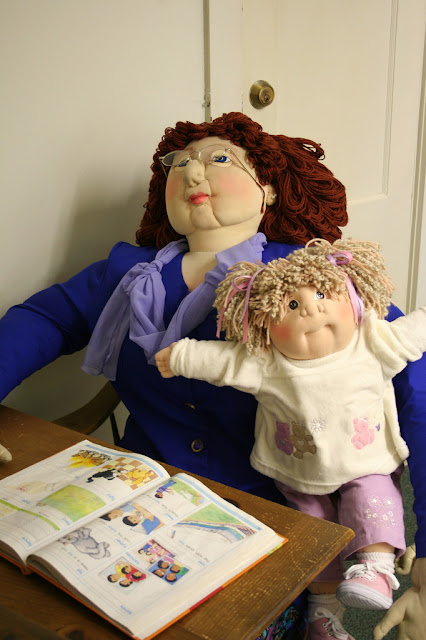 The main event however is the chance to see an real live cabbage patch birth.  Behold:  The Magic Crystal Tree. 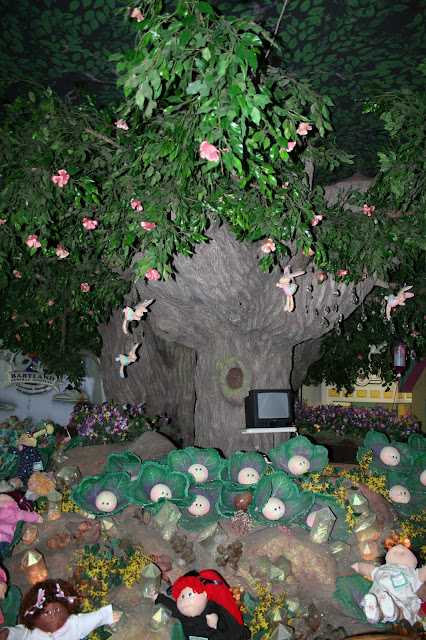 Every so often an announcement blares over the PA that Mother Cabbage is dilated and ready to give birth. 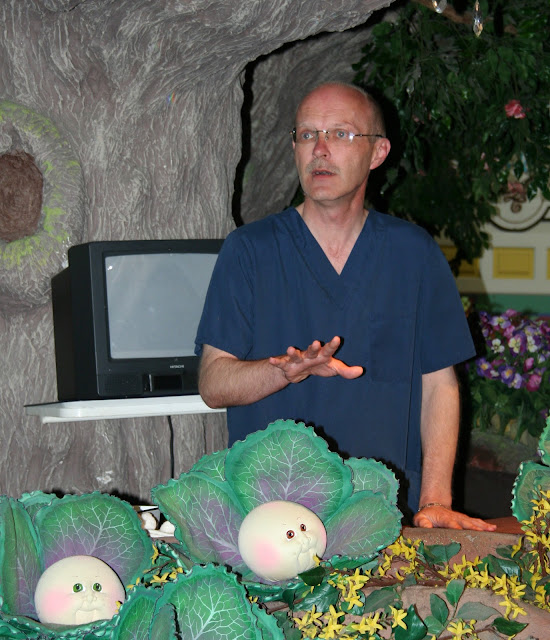 Then the magic begins.  Dr. Cabbage launches into his spiel.  As he delivers the Cabbage baby he lets forth an unrelenting onslaught of Cabbage based puns.


"Mother Cabbage's clorophyll count is normal"
"Luckily the baby is not born feet first, or that would be a "branch" delivery"
"The babies have ears because an intern planted a row of corn to close to the cabbage patch"
"They have never performed a c-section.....cabbage section"

And then, emerging from the cabbage leaves, a child is born into this world.... 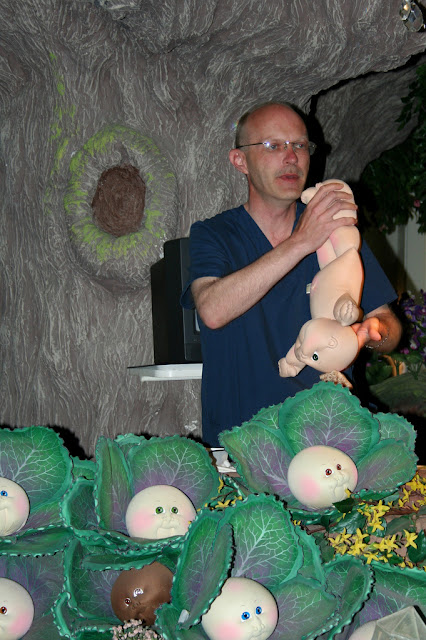 Check out this video that shows the miracle of life.....


In a slightly disillusioning encounter, I once saw Dr. Cabbage smoking a cigarette behind the hospital

As I said, we all enjoy Babyland General for different reason.  My wife enjoys that nostalgia of her childhood it invokes, my daughter enjoys the dolls,  I enjoy the sheer bizzareness of it all...........and my son......Okay, I lied.  My son hates this place. 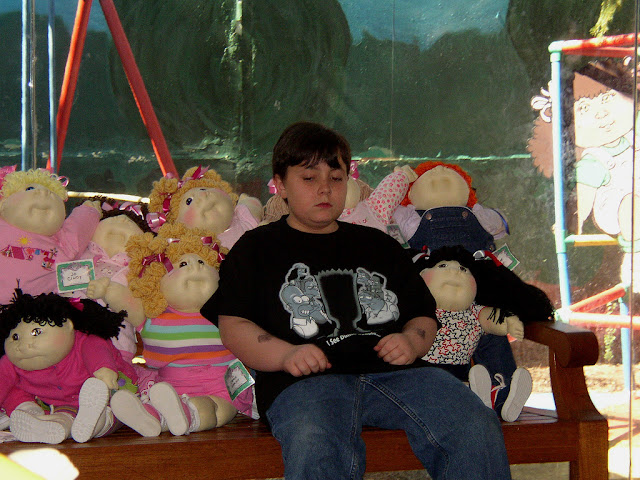 Of course, don't forget to stop by the gift shop an buy the ultimate Babyland souvenir:  The Babyland Shot Glass. 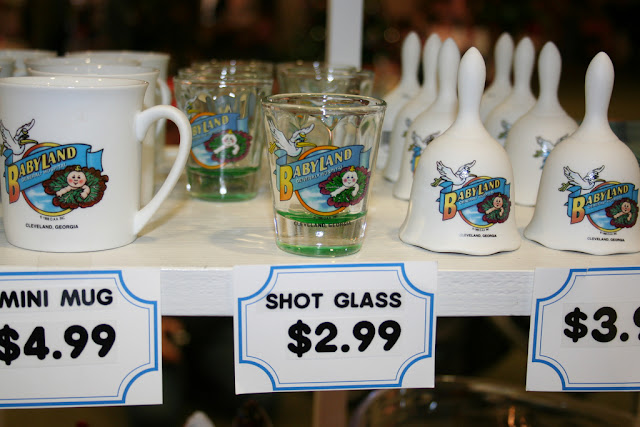 A few years ago Babyland General moved out of the old hospital and into a shiny new facility.  We attended the grand opening they did at Easter. 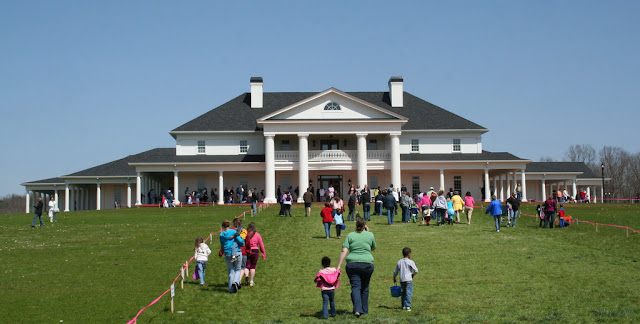 The charm they had from using the old hospital was gone, but they did have a few noticeable improvements.

For one they had giant Cabbage Patch kids stalking the premises. 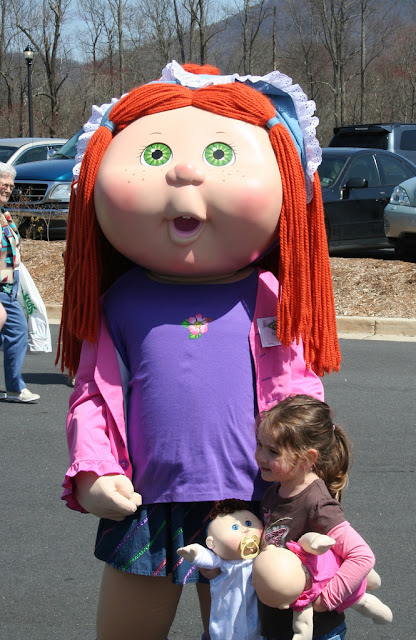 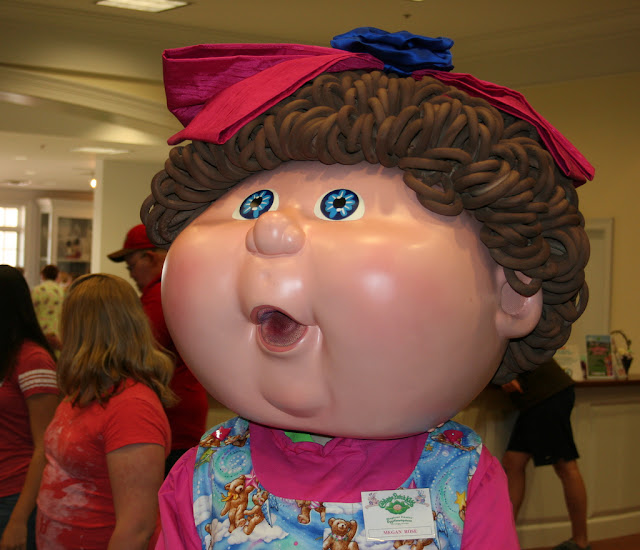 They added some slightly unsettling antimatronic dolls as well.


They did keep their bred and butter with mother cabbage and the Magic Crystal Tree, but they hired a younger better looking Dr. Cabbage. 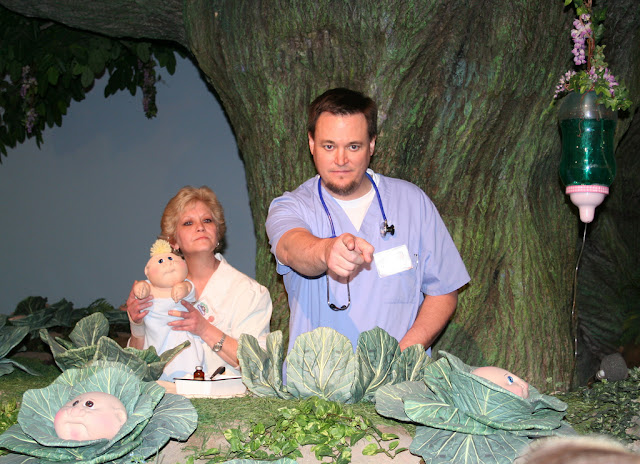 With our adventure into the strange world that is Babyland General coming to an end, I would like to leave you all with this magical musical number.