The Curse of Ghost Town Continues

I talked previously about the amusement park known as "Ghost Town in the Sky" and its sordid history of ridiculously bad luck and misfortune.  Recently the amusement park has been struck by another incident.  The incident center's around this man 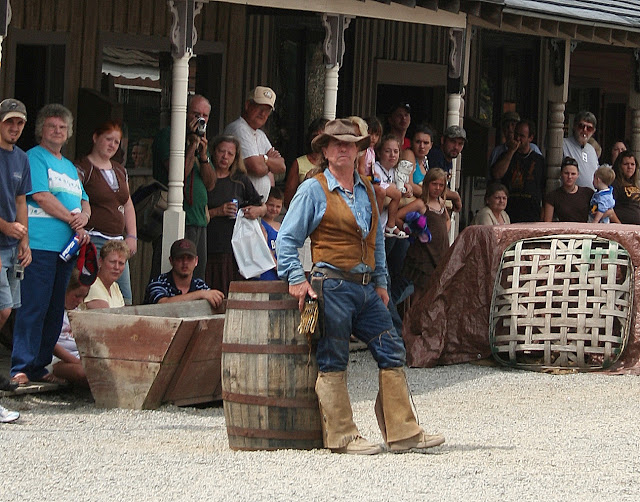 Robert Bradley, the attractions most famous gun fighter who goes by the stage name "Apache" Kid.  During a recent gunfight an unknown object was launched from a gun (who use blanks) and imbedded itself deeply into the Apache Kid's leg.  The gruesome pictures is HERE if you really want to see it. 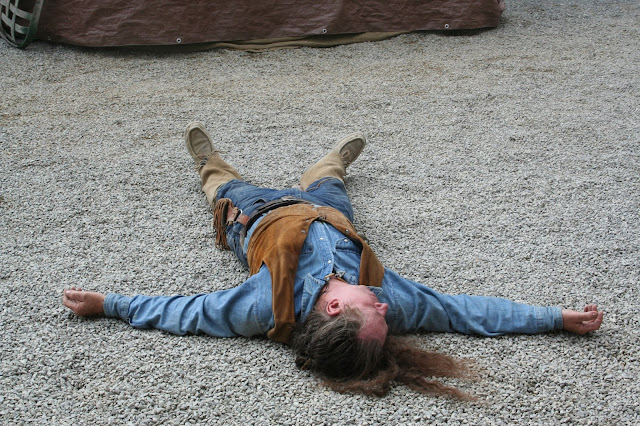 The Kid's not hurt in that picture, just pretending.

Apparently, if was a horrifying site and people rushed to help the kid who was gushing blood.  Apparently, the water had been shut off for some reason and no one could wash the Kid's blood off them.   Once he was taken off the Mountain and rushed to the hospital he was asked to consent to a drug test, which he refused.   The parks owner Alaska Presley fired the Apache Kid, under the condition that he could come back if he took his drug test.  Two other gun fighters were fired because of the incident. 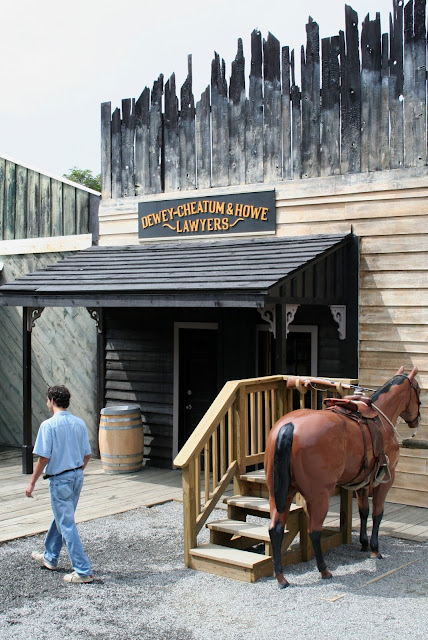 The rest of the gun fighting grew walked off the job in support of their fallen brother.  They have been replaced by Presley. 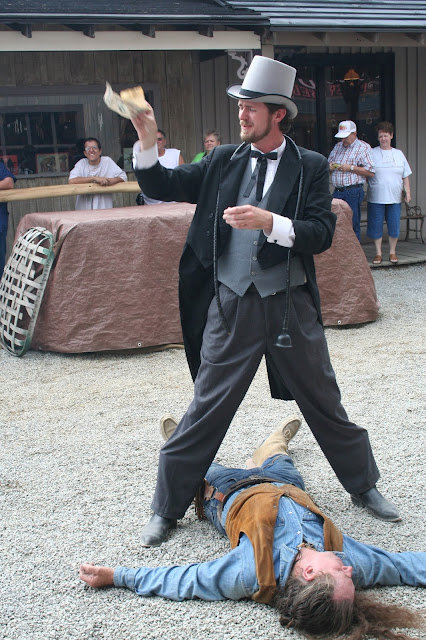 Now this stirred up a bit of local controversy as The Apache Kid is one of the longest serving cowboys currently working at Ghost Town and was considered one of its key performers.  The Apache Kid worked for no pay when the park at hit its lowest point and proudly stood by Alaska as she purchased the park.

Recently, a mysterious cyber-entity has popped up on facebook.   The being calls himself RB Coburn and claims to be the spirit and protector of Ghost Town.  Coburn has lashed out against Alaska Presley and criticizes her for not only mistreating the employees, but mismanaging the park.  Coburn claims that Presley goal is to convert Ghost Town into a replica of Jerusalem (which is actually part of Presley plan displayed on the website).   Coburn even goes out on a limb and states that Presley had hired her scab gunfighters BEFORE The Apache Kid was shot, implying some level of foul play.

Just another day at Ghost Town, I guess.  The Curse lives on.  I would say this could be the nail in the coffin for Ghost Town, but it seems to be the attraction that won't die.