Recently, here on the Carpetbagger I talked about two of my favorite cemeteries in the City of Charleston, SC and the legends buried beneath.  I really love this city and wanted to take time to point out some more awesome things about Charleston. 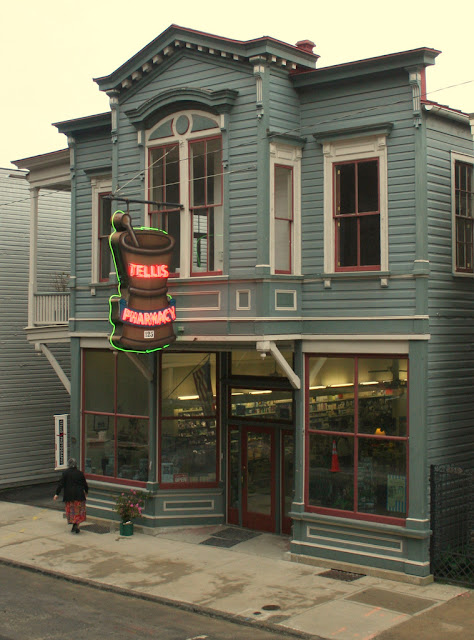 The city of Charleston was once under the control of one of the most infamous and ruthless men in world History:  Edward Teach, better known as Blackbeard.   Blackbeard was famous for bringing pro-wrestling style theatrics to piracy in order to build a larger then life persona.  The man was crazy enough to light his damn beard on fire in order to scare the hell out of people.  In later life, like many modern day northerners, Blackbeard had a quite retirement in North Carolina.  Well, until the governor of Virginia sent a militia to chop his head off.  However, in his prime, Blackbeard blocked off the historic port of Charleston creating an embargo and taking a handful of high profile captives.  Blackbeard would call off his blockade in exchange for medical supplies.  Some would have to wonder if Blackbeard did this sort of thing for the sheer fun of it.  Oh yeah, he also had the coolest pirate flag of all time.

There is a very special intersection in Charleston.  At the corner of Meeting and Broad St Federal the four different types of law merge.
. 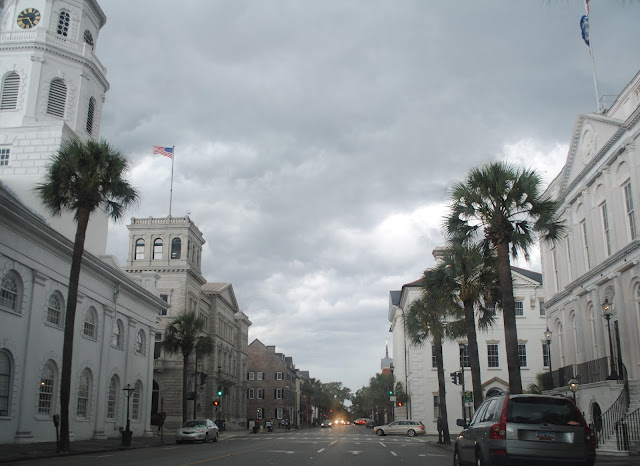 On one corner sits the South Carolina Federal Court House (Federal Law), The Charleston City Hall (County Law), The Original South Carolina Capital Building (State Law), and St. Micheal's Church (God's Law).  According to the notorious Robert Ripley it is the only place in the world where all four types of law merge.

Just ask any tour guide in Charleston and they will tell you that Charleston is the SECOND most haunted City in all of America.  They will concede that only Savannah, GA is home to more ghosts.  Ghost stories arn't exactly my thing, so I will not go into detail.  Regardless, going on a ghost tour is a required activity in Charleston.  Of course this constant search for ghosts in the streets and cemeteries of Charleston, SC has irritated some of the local churches. 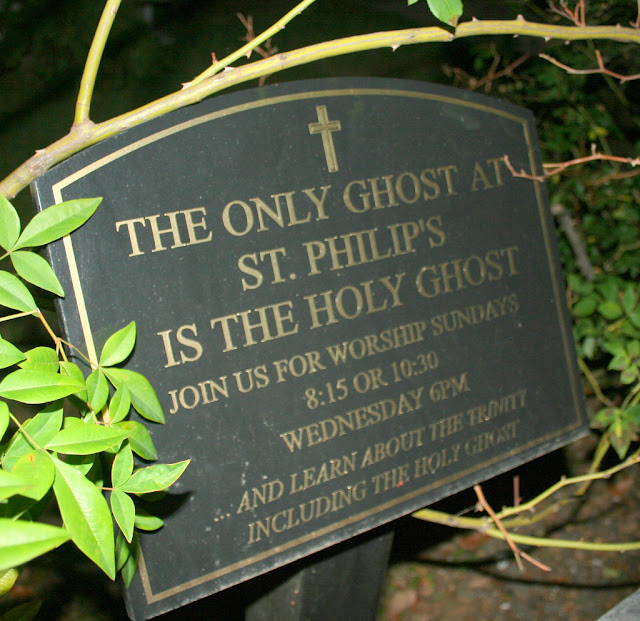 There are alot of nice trees in the world, but there can only be one king.  To all of you who think you have seem amazing trees I say "You call THAT a tree?"  Check this out. 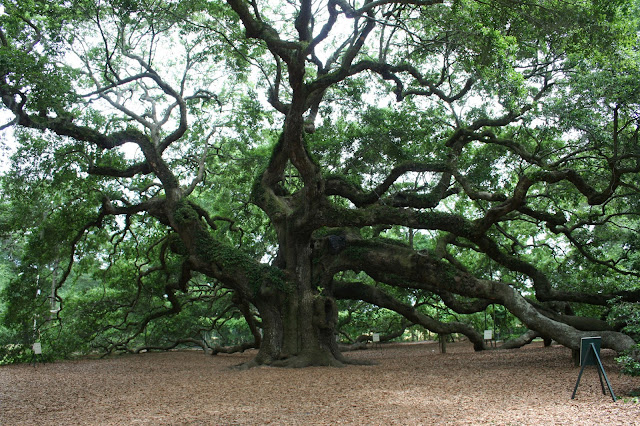 The Angel Oak is a ridiculously massive Live Oak that is alleged to be the oldest living organism in the Eastern United States.  The simple girth of its branches is unbelievable. 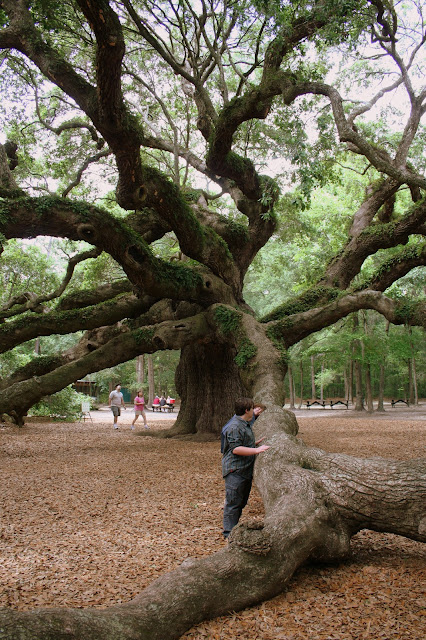 The Angel Oak sits on John's Island, just outside of Charleston, but show up early, because the tree is closed at night (seriously).

This may not count, because it doesn't technically exist.  Back in 2010 a local goverment committee discussed ideas to draw tourists to its Patriot's Point area near Fort Sumter.  A man by the name of Rodney Cook showed up and proposed the most awesome idea ever.  Cook proposed that since Charleston was the cradle of Southern Culture, much like New York City is the cradle of Northern Culture that it deserved a monument that echoed New Yorks most famous statue.  Cook proposed that the city of Charleston erect a male counterpart to the Statue of Liberty.


Lady Liberties counterpart was set to have the same dimensions as her.  The committee's answer to Cook was a simple "Wow".  Still no sign of the monolith, but we can all dream.