The Cemetaries of Charleston, SC: The Kingdom by the Sea

Charleston, SC is one of my favorite cities in the South.  While at first it seems like a really stodgy old money kind of town, it has a wonderfully dark and sinister history and folklore to it.

Now New Orleans, LA has some of the most beautiful and Gothic cemeteries in the South.  Call me crazy, but I personally prefer Charleston's graveyards.

The Cemetery has some of the most amazingly Gothic tombstones you could ever hope to see. 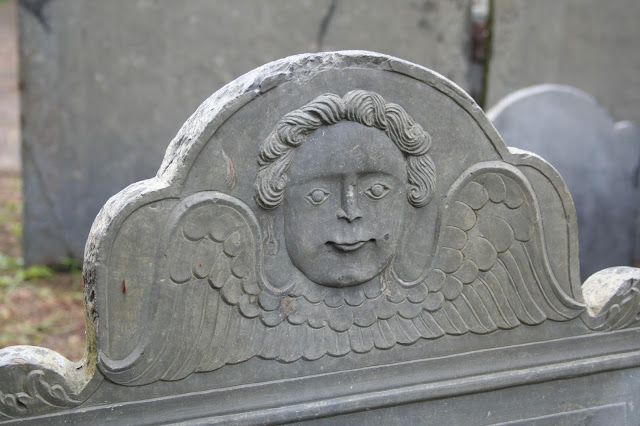 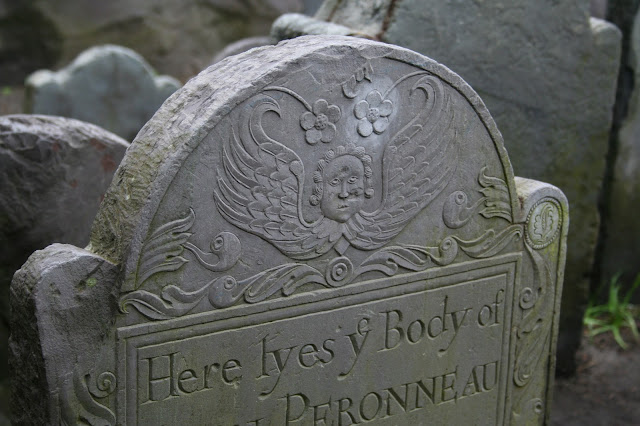 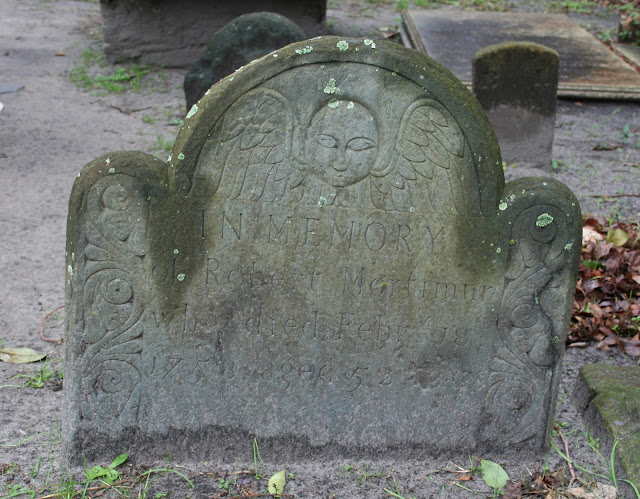 Those are "angels" portrayed on the stones.  If those are not creepy enough for you check out these interesting interpretations of "angels". 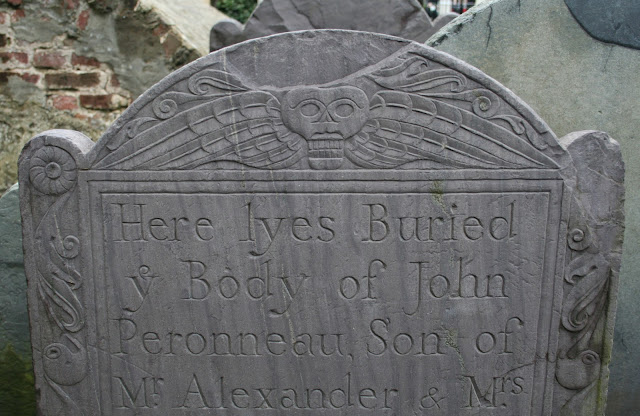 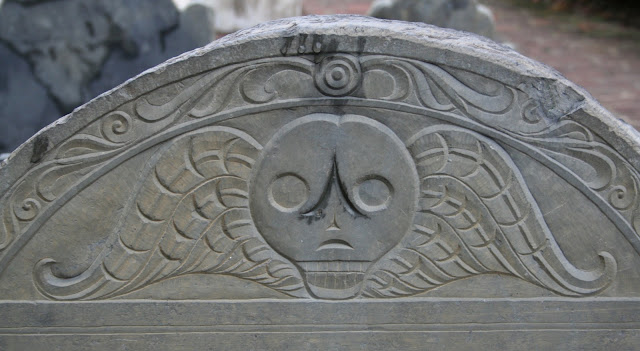 The Circular Church cemetery also has this amazing set of family graves made to look like chess pieces. 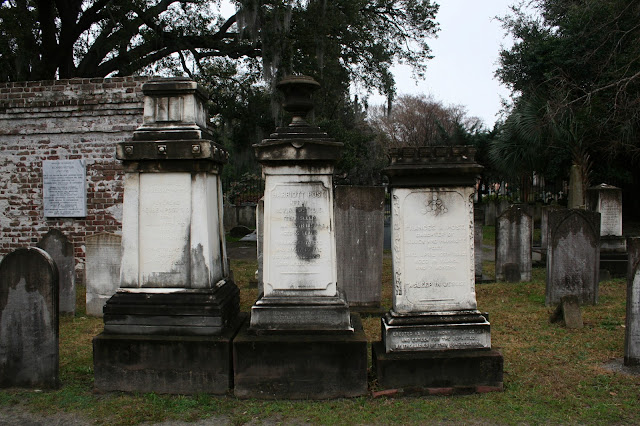 The Circular Church also has the oldest marked grave in Charleston, which dates back to 1729.  Of course at this point it looks like nothing but a lump of stone and since its right next to the walkway, it probably gets stepped on and kicked every single day.

As impressive as the Circular Church is, its not my favorite Cemetery in Charleston.  That honor goes to the Unitarian Cemetery. 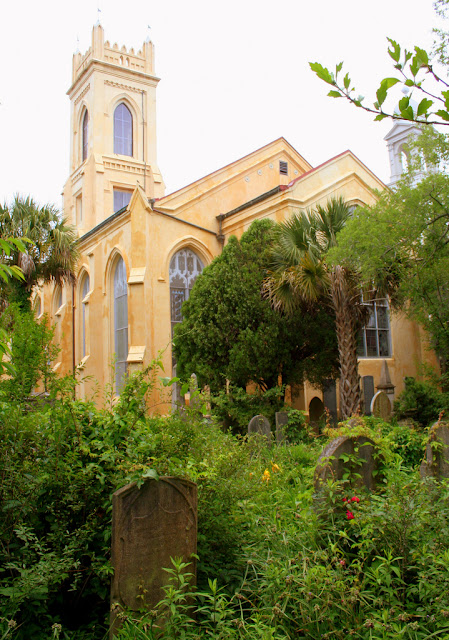 The Unitarian Cemetery is unique in that flowers and plants are allowed to grow wild across the graveyard.  It is simply one of the most beautiful spots in the South. 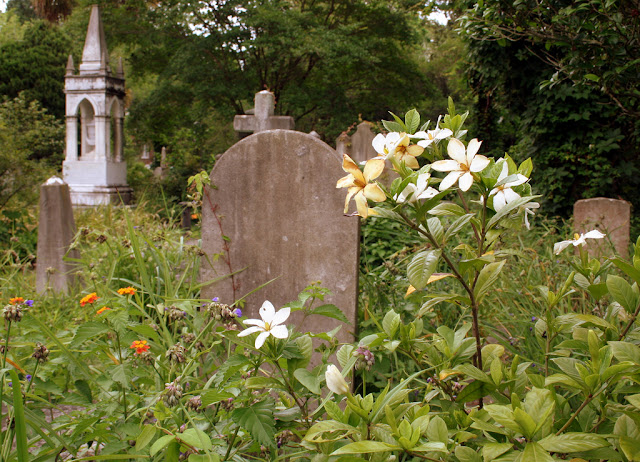 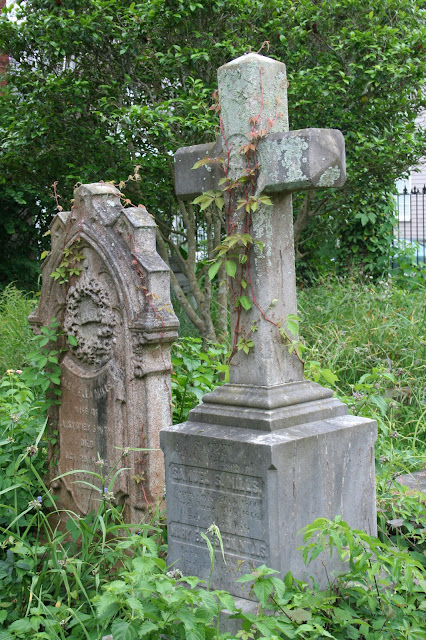 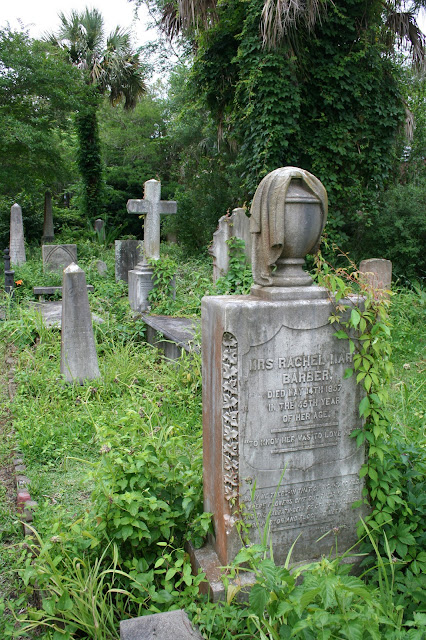 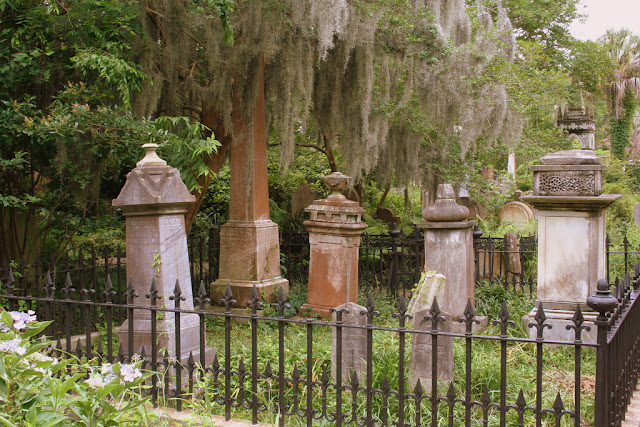 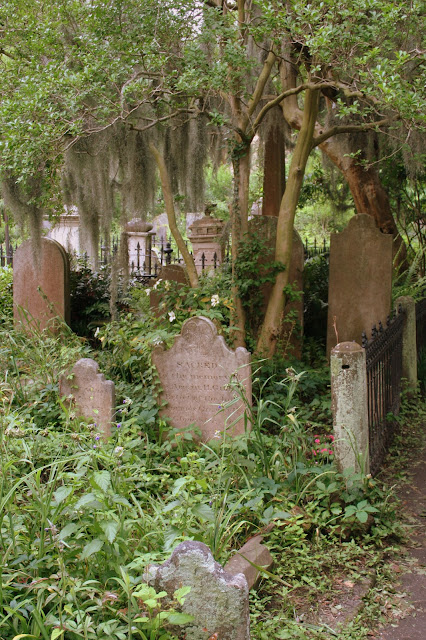 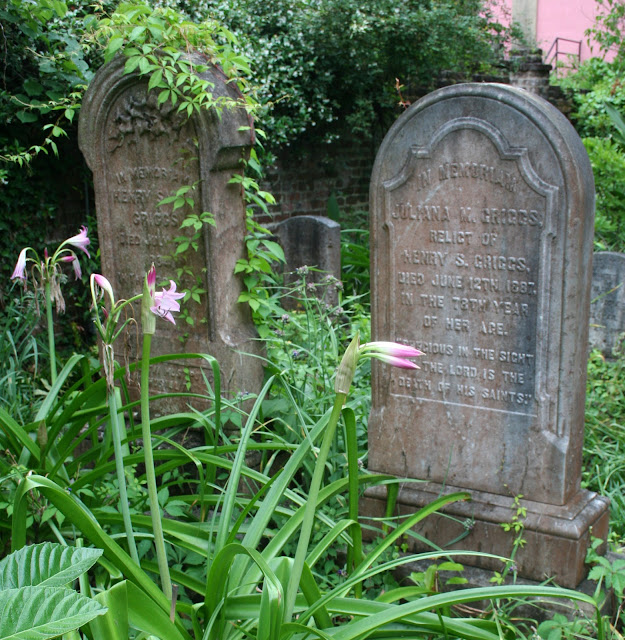 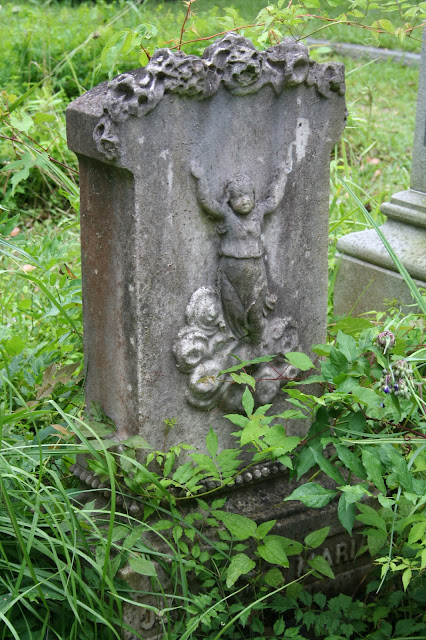 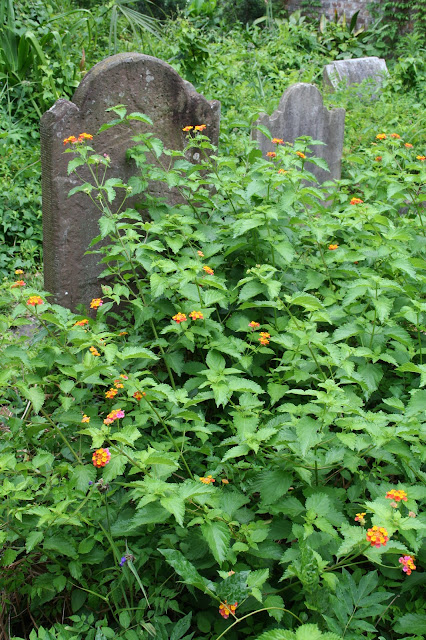 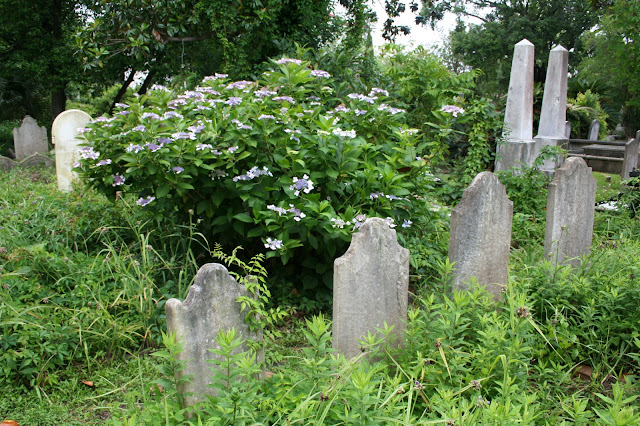 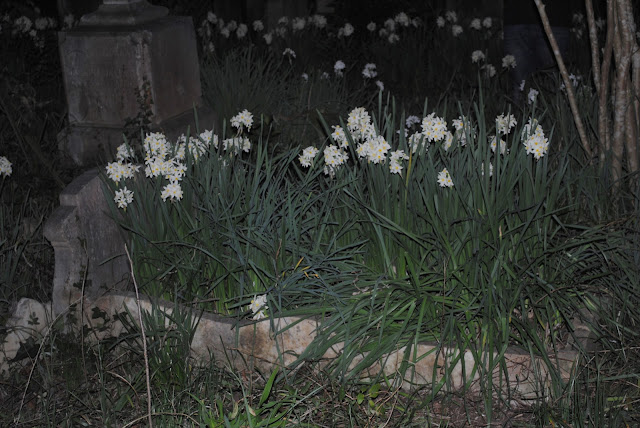 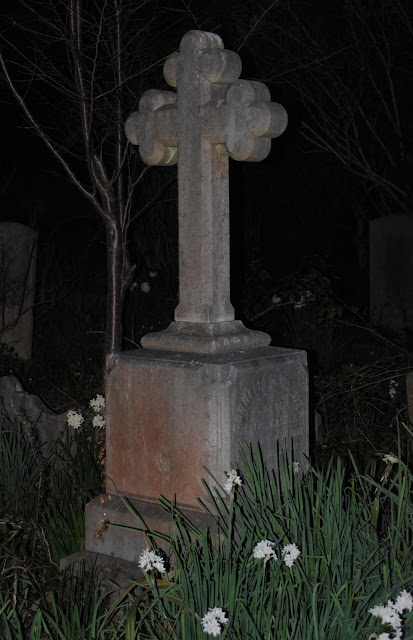 Of course what lies in the unmarked graves is equally as fascinating.  There are two legendary women allegedly buried on these grounds.

The first of these women is Lavinia Fisher, notorious for being the first female serial killer in United States History.  Lavinia and her husband John owned a boarding house on the outskirts of Charleston.  They had a bad habit of murdering their guests and taking all their money and valuables.  The method of murder varies depending on the version of the story.  They range from poisoning, axe murdering and some even claimed that the Fisher's rigged a trap door under their guest beds and dumped their victims into a spiked pit.   One of their attempted victims caught them in the act and escaped.  When the authorities arrived they found a mess of dead bodies buried on the Fisher's property.

The Fisher's were imprisoned in the Charleston jail, which is still around today, looking creepy as hell. 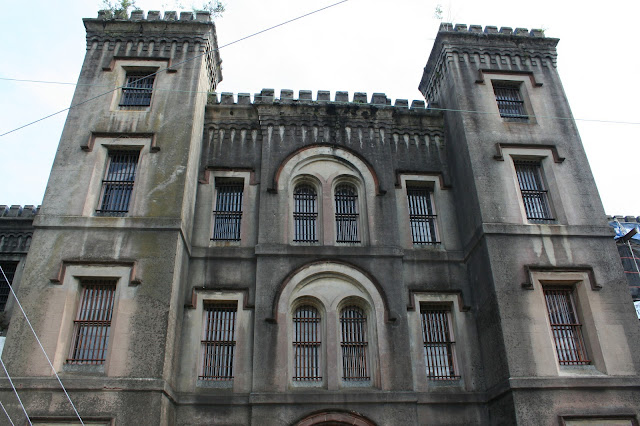 Both John and Lavinia were sentenced to hang.  John Fisher found religion in jail and begin to beg for mercy.  Lavinia however wanted nothing to do with the jailhouse preacher and became more and more defiant and antagonistic.   Lavinia attempted to get out of her death sentence by pointing out that by South Carolina law, a married woman could not be hanged.  The courts got around this with the simple loop hole of hanging John first, as there was no law against hanging a widow. 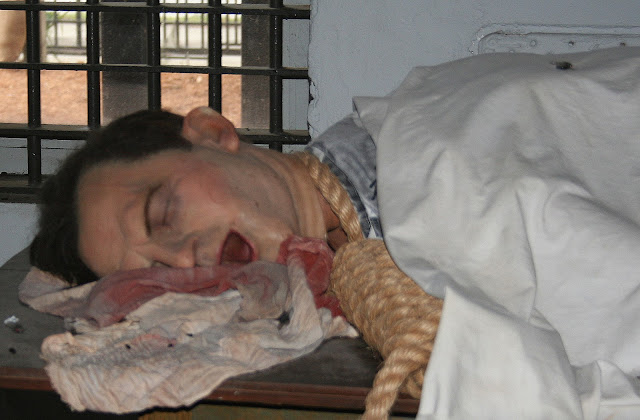 To add to what had already developed into quite a spectacle, Lavinia chose to wear her wedding dress to the hanging.   Moments before her death Lavinia shouted to the crowd with her legendary last words, "If anyone has a message for the devil, let me know, because I will be dining with him tonight."

Now most churches would frown on burying a psychotic serial killer on their grounds.  The Unitarian's however made a habit of allowing the "unwanted" buried in their cemetery.  They would often take in local prostitutes.  The only catch was, the graves of the unwanted could not be marked.

The other legendary woman buried here is none other then "Annabel Lee".  You may have heard of her.

It was many and many a year ago,
In a kingdom by the sea,
That a maiden there lived whom you may know
By the name of ANNABEL LEE;
And this maiden she lived with no other thought
Than to love and be loved by me.

The angels, not half so happy in heaven,
Went envying her and me-
Yes!- that was the reason (as all men know,
In this kingdom by the sea)
That the wind came out of the cloud by night,
Chilling and killing my Annabel Lee.

But our love it was stronger by far than the love
Of those who were older than we-
Of many far wiser than we-
And neither the angels in heaven above,
Nor the demons down under the sea,
Can ever dissever my soul from the soul
Of the beautiful Annabel Lee. 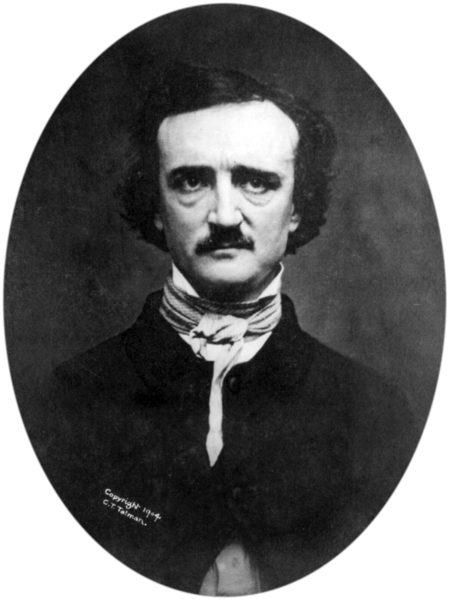 The story begins with Edgar being stationed at the local Fort Moltrie under a fake name, which he was using to hide from his debtors.  This we actually know, is true.  While living in Charleston Poe fell in love with Annabel, but her father did not approve of the scruffy New Englander.  Sadly, Anabel Lee would fall ill and die of yellow fever.  Her cruel father disliked Poe so much that he buried her in an unmarked grave in the Unitarian Cemetery, just so Poe would not know where she was buried.  Charleston, SC is said to be the "Kingdom by the Sea" mentioned in the poem.

P.S. While making this post I looked through all my pictures from the many wax museums I have been to and realized that I have never seen a Wax Edgar Allan Poe, this seems almost criminal!