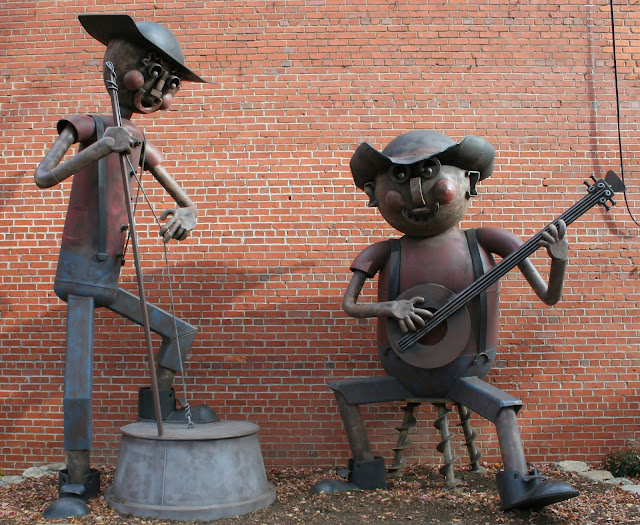 Previously on the Carpetbagger, I discussed making the ultimate Southern mixtape.  I recieved some good feedback and after some reflecting realized I had made some major omissions....so Let's take a look at what we started with. 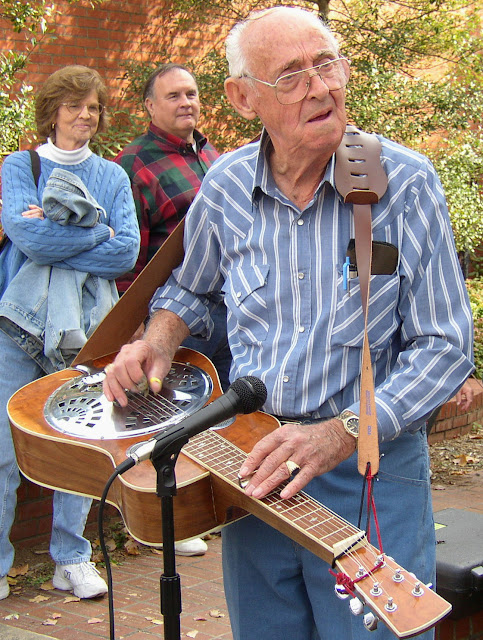 1. "The Three Great Alabama Icons" By the Drive-By Truckers
2. "Dueling Banjos" Traditional
3.  "The Devil went Down to Georgia" by Charlie Daniels
4.  "You Never Even Call me by my Name" by David Allen Coe
5.  "Rocky Top" by the Osborne Brothers
6. "I'm a Good old Rebel" Traditional
7. "Welcome to Atlanta" by Ludacris and Jermaine Deprie
8.  "Wagon Wheel" by Old Crow Medicine Show
9.  "Freebird" by Lynyrd Skynrd
10.  "Sweet Home Alabama" by Lynyrd Skynrd.

So here are the additions.

Ramblin Man by the Allman Brothers

Probably the biggest omission to my last list was the Allman Brothers, who are probably fall only behind Lynrd Skynrd when comes to iconic southern bands.  There are probably people out there that would beat me to death for leaving them off.  Thanks to Rick Kilby and KoHoSo for pointing out my glaring omission.


A Country Boy Can Survive by Hank Williams Jr.

Thanks to Eartha Kitsch for reminding me that you can't spell South without "Hank Williams".  I included the ultimate Southern Karaoke song "You Never Even Call me by my Name", but left out Hank Willams Jr, who is probably the King of southern Karaoke behind David Allen Coe.  "Family Tradition" is a great karaoke song, but I am going to go with Eartha's pick of  "A Country Boy Can Survive" do to its themes of Southern pride.


Flirtin with Disaster by Molly Hatchet

We round out our Southern rock selection with this classic inclusion.  Thanks again to Ricky Kilby for the suggestion.

KoHoSo pointed out that my previous list was lacking some very important Bluegrass.  Here is a song that epitomizes classic Bluegrass. 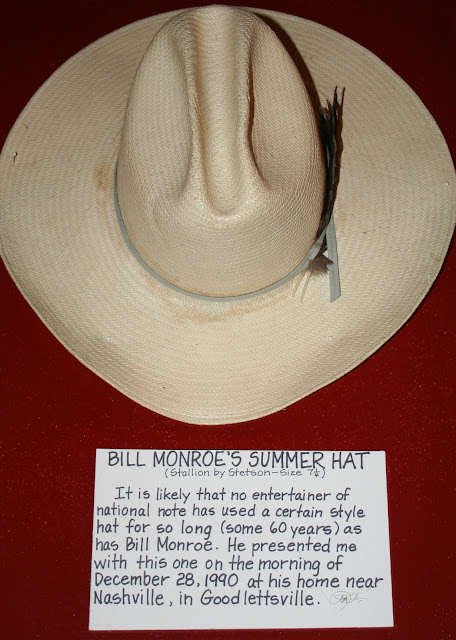 Speaking of Bluegrass, it would be a sin to not include Bill Monroe.  He is the international face of Bluegrass and actually personally named the Genre.

The murder ballad is an important part of Appalachian musical culture and this is perhaps the most famous of all murder ballads.  It is based on a true steamy Civil war era love triangle.  Tom Dula was engaged to woman by the name of Laura Foster, while also having an affair with her cousin Ann Melton.  Laura ended up stabbed to death and shoved in a shallow grave.  Tom was found guilty and executed, but there still lies some supicion around what really happened.  Some believe that Ann Melton killed Laura when she found out Tom had gotten her pregnant, while another theory is that Tom became enraged with Laura when he found out she had given him syphilis.  The small town murder became the "trial of the century" in its day and people are still singing about it.


AwNaw by the Nappy Roots

I feel like Ludicrous is maybe a little lonely being the only Southern Rapper on the mixtape, so I decided to add another.  I went with the Nappy Roots, because they are argue the most Southy of all Southern Rappers.  They wear their Southern pride on their sleeve.  The video for this songs features local pro wrestling, straw hats and a big barn dance.  The album this song is own is the provocatively titled "Chicken, Watermelon and Grits", but there doesn't seem to be a lot of anger coming from the Nappy Roots, as they show great pride in who they are and where they come from. 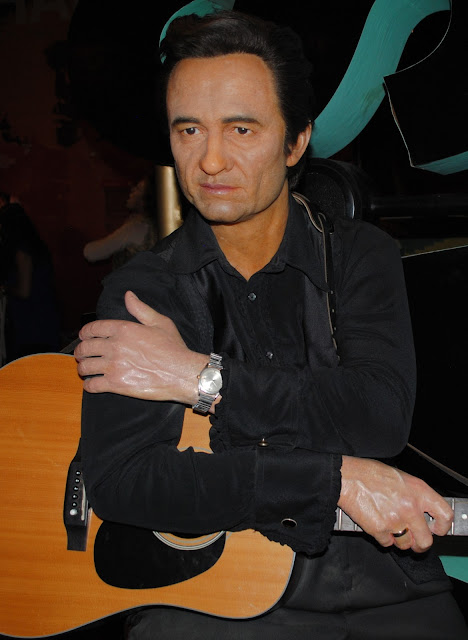 It would be a crime to leave either one of these iconic Country singers of the list.  "Jackson" features the country power couple dueting in this high energy love song.  I love it.

Southern Icon sings an iconic song.  My previous list was completely lacking female Country Music.  I have chose to include Loretta Lynn.   I feel that she truly embodies the hard scrabble no-nonsense country woman.  She taught generations of Southern women how to deal with their drunken husbands and introduced Southern women to the joys of birth control. 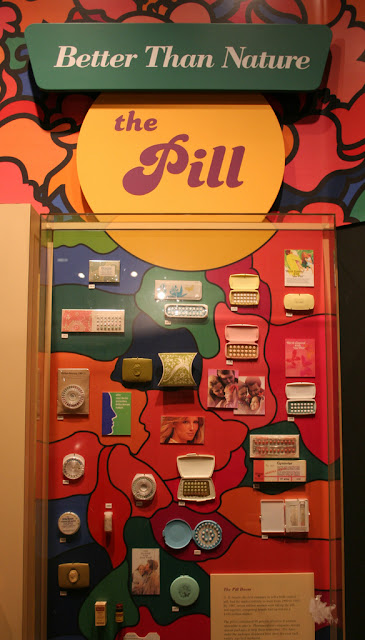 Coal Miner's Daughter is her trademarks song and is very fitting on this list, as he shows her pride in coming from a poor hard working southern family. 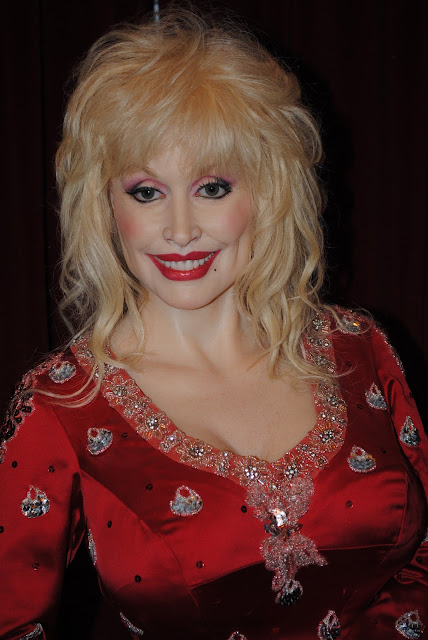 It would just be wrong to leave out Dolly Parton.  She is the reigning queen of the Smokey Mountains.  They even erected a statue of her in her home town of Sevieville, TN. 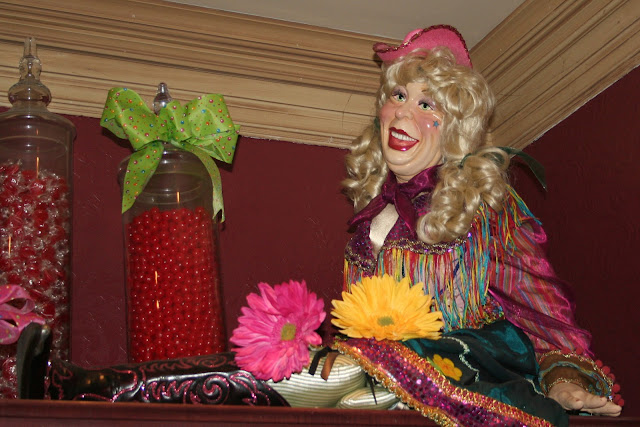 She is also responsible for Dollywood, the anchor to Pigeon Forge, TN, the ultimate Southern Tourist Mecca. 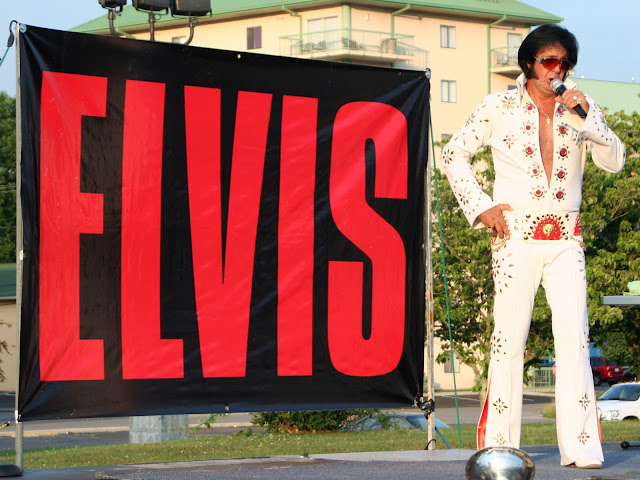 I originally wanted to put an Elvis Presley song on the mix, as he is one of the towering legends of Southern Cultures.  Very rarely does a human being find himself elevated to such god-like proportions.  The sheer amount of velvet Elvis paintings across the South says something about his impact. 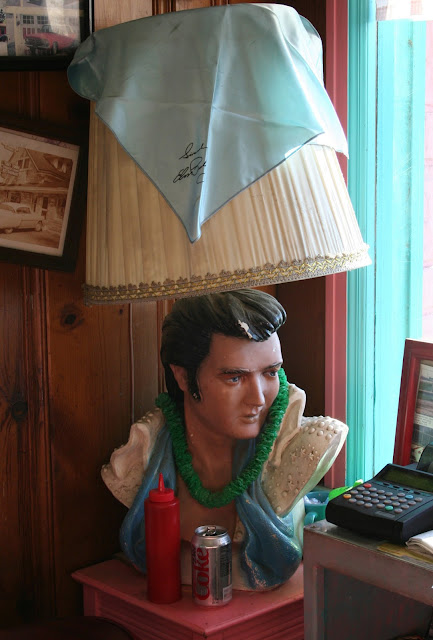 However, I just couldn't find an Elvis south that really embodies his Southern routes.  Elvis's music is more Americana then it is truly Southern.  I decided to make a compromise and include this song by Gillian Welch, who despite being a Californian, writes some of the best traditional Southern music in the current era.  This song is a beautiful piece and honors the legacy of Elvis.

Another distinctly Southern Genre I left out of my original list was The Blues.  I have to add Robert Johnson do to the sure legends that surround him.  As legend goes, Robert sold his sole to the Devil for super human music abilities.  Robert used his Satanic boon to create The Blues, which is the basis for virtually all modern music.

To round out our Blues section I am including this classic by John Hurt, who tells the tale of Southern folk Villain "Stagger Lee" 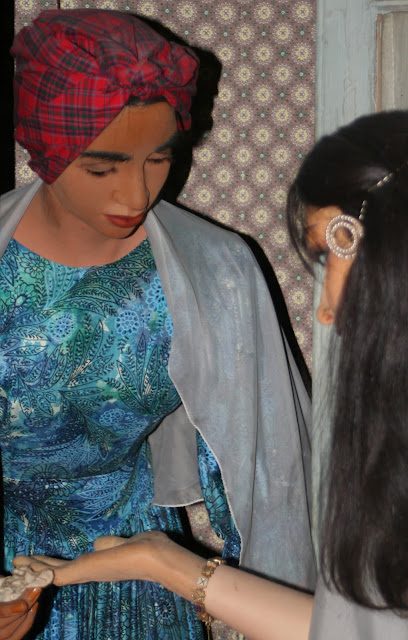 Okay, another distinctly southern Genre of Southern Music is Jazz.  I have a somewhat conflicted view of Jazz as I appreciate its rich history and I understand that amazing level of skill that goes into mastering it.  I understand that many of you out there love it.  For whatever reason, my ears just don't find it very pleasant.

I am however, not going to leave it off of our mixtape.  I picked my personal favorite Jazz song, which sings of notorious Voodoo Queen Marie Laveu.


So here is our final Mix.

Looks like we have a pretty respectable double album mixtape.  I lack the production equipment and song rights to produce this mix myself, so I encourage everyone out there to LEGALLY download all this music and put together the Ultimate Southern Mixtape.   I have taken the liberty of preparing a CD cover. 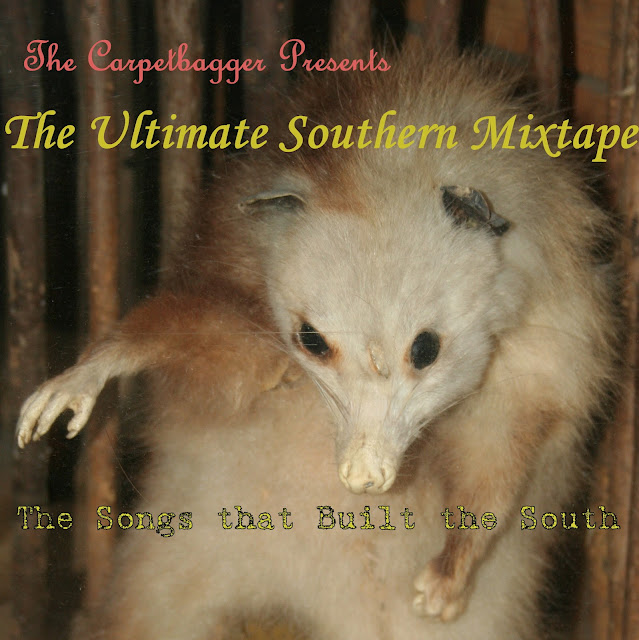