Back when I was in college I noticed something odd on my daily drive.  There was a random car sticking out of a river in Sylva, NC. 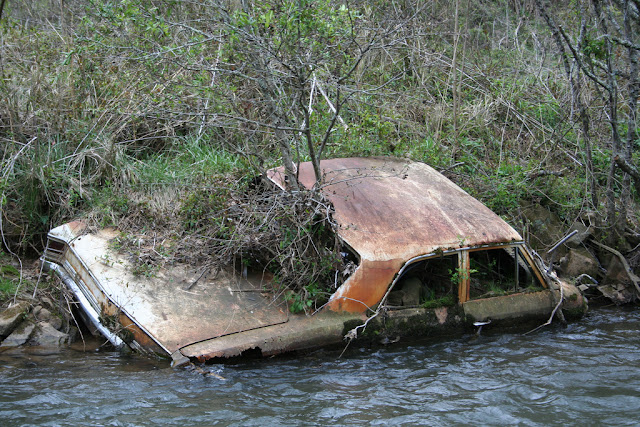 I found it quite interesting, especially since it was on the opposite side of the river as the road.  There had to be a good story behind it.  Turns out there is.

I decided to try to get some good pictures of the car, but there was thick brush near in the river and it was quite a hassle fighting my way down the river.  I ended tearing my clothes in the brambles, but what I found was worth it. 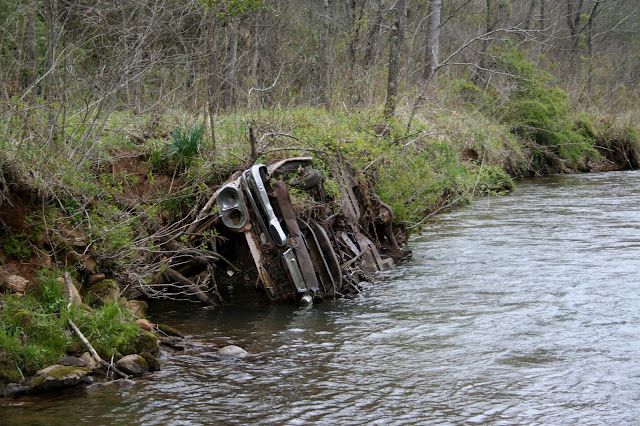 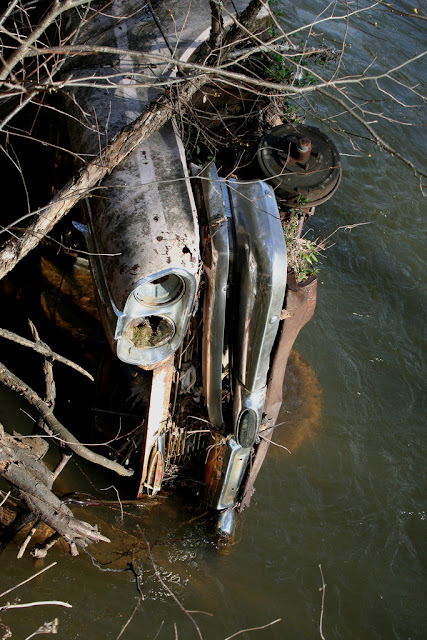 It wasn't the only car.  There were several antique cars stuck into the riverbank.  I was puzzled.  Was there a flood?  Why would someone dump a car into the river.

At the time I was working part time at a local museum and I asked around to the people who knew about this sort of thing.  I was told that these cars were placed here completely on purpose.  They were stuck into the riverbank to keep the bank from eroding and causing flooding.  It was pretty resourceful trick, if not environmentally short sited.

I found that there were several more examples of automotive riverbank preservation in the area.

In Cherokee, NC there is a patch of tucked into a riverbank.  They are covered in Kudzu and presumably alot of snakes. 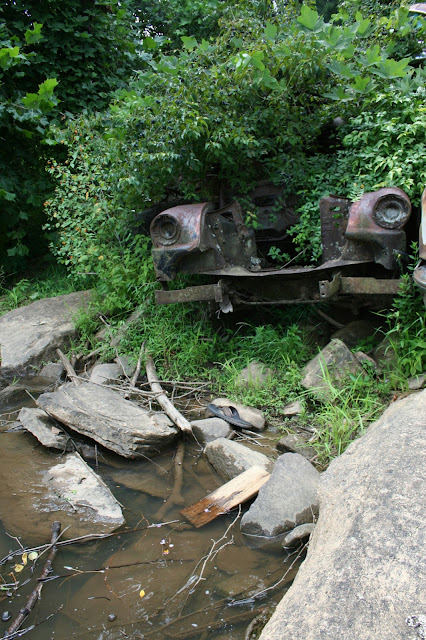 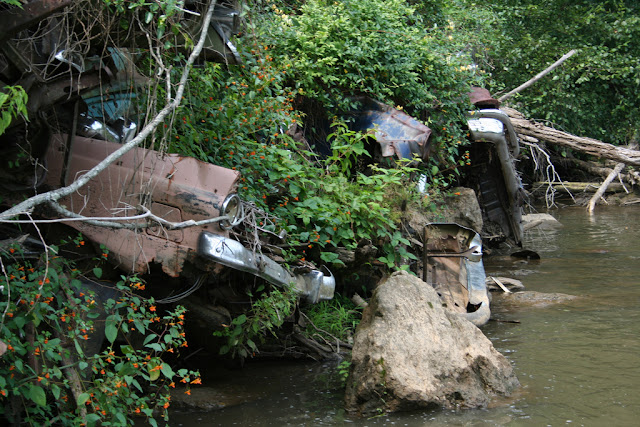 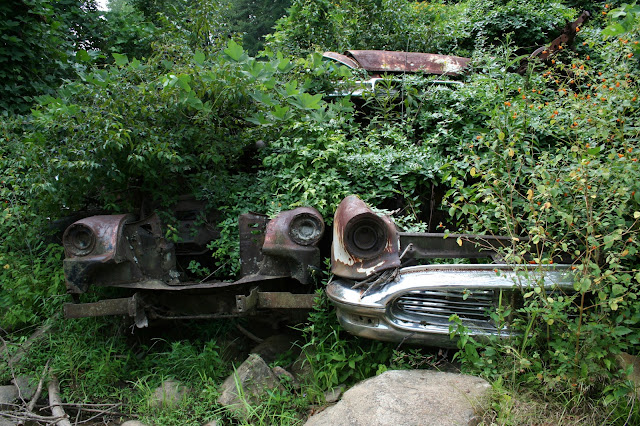 Of course the most impressive example of this practice lies right across the Cherokee line in Bryson City, NC.  There is a whole stack of cars seemingly holding the road up. 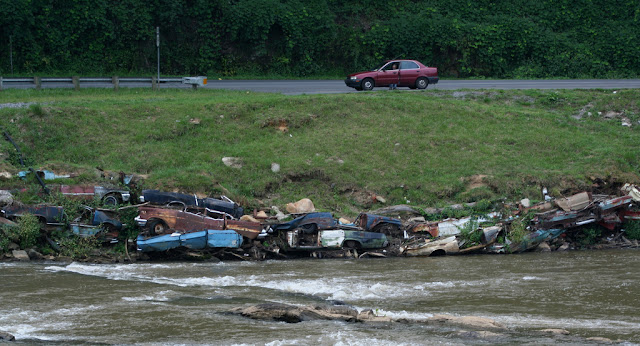 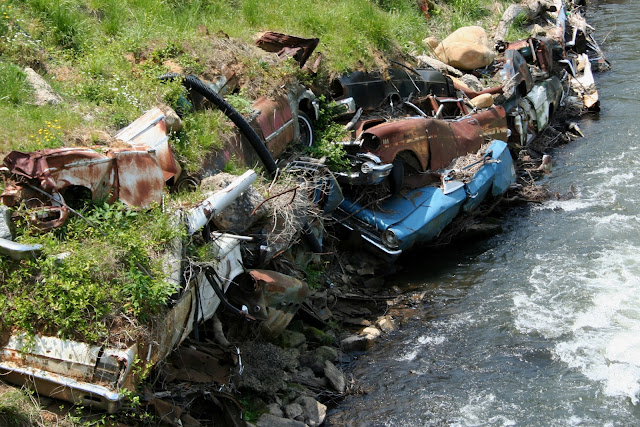 Here is my friend Yankeepez snapping some photos 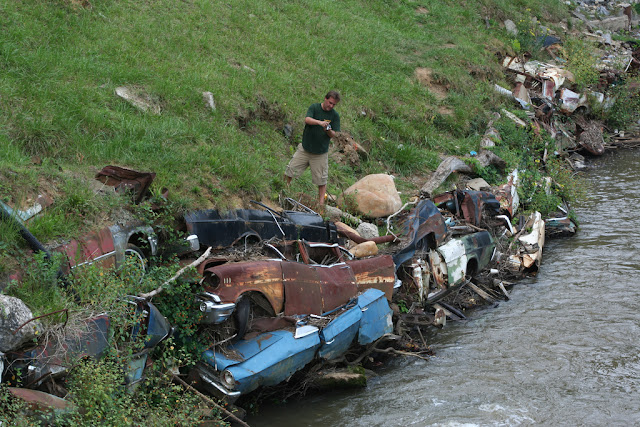 Please feel free to e-mail me at jacobthecarpetbagger@gmail.com
and check out my Flickr Photostream
Posted by Jacob at 10:06 PM