The other day just down the road from our house we found a Possum on the side of the road.  He did not seem like he was not doing well.  He had a large scab on his back and he was walking in a tight circle like he was chasing his tail. 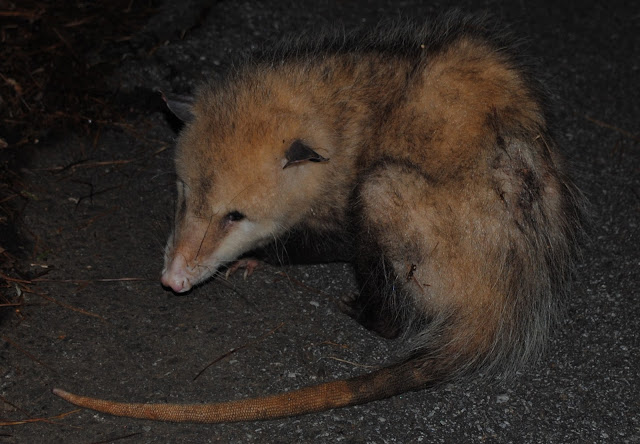 Anyone who know me, knows I have a soft spot for Possums.   I talked about this at length in my post about Possums.

I felt like I couldn't just leave him on the side of the road, as he was an open target for cars and predators.  I scooped up the little guy and took him home. 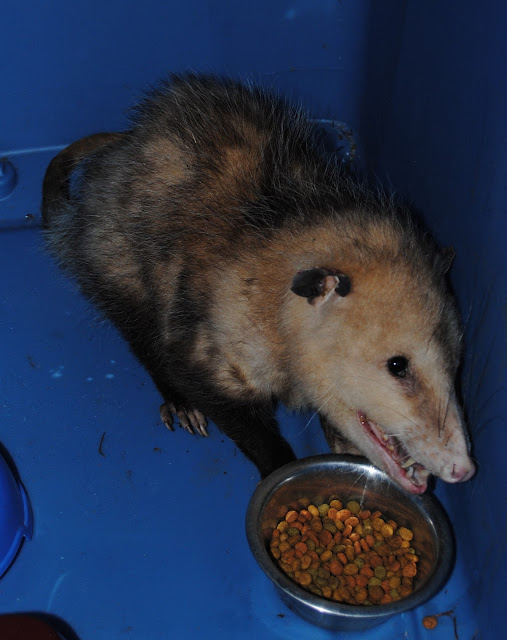 Thinks looked good.  I got him to drink some water and eat an entire bowel of cat food.


The next morning things didn't look as good.  He was having a hard time holding hid head up.  I started making calls to wildlife rehabilitators.  They either were full, didn't take Possums, or would not return my phone calls.

I took him out in the yard and got him to eat and drink a little, but he wasn't doing well. 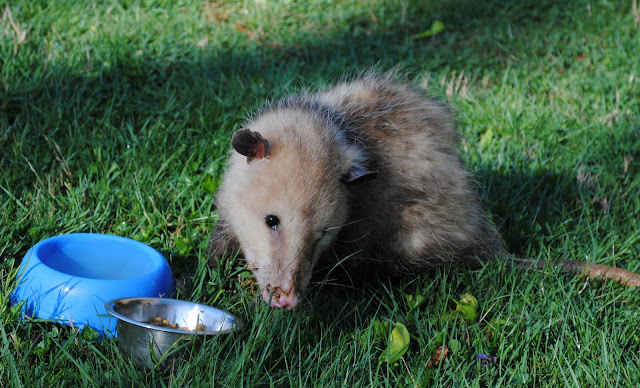 That night he was doing worse and could hardly hold his head head up.  I did everything I could, but it was not looking very good.

He was hardly moving.  Part of me was hoping he was simply scared and playing Possum.

Alas, the next morning my little friend had moved on.  I was pretty sad.  I had hoped to nurse him back to health were he could be released back in the wild, but it was not to be.  I had to just take solice in the fact that he was no longer suffering.

Please feel free to e-mail me at jacobthecarpetbagger@gmail.com
and check out my Flickr Photostream
Posted by Jacob at 8:36 PM