We moved about 5 years ago we into a new home.  Our new yard had an ancient koi pond.  It was completely fishless and overgrown with weeds. 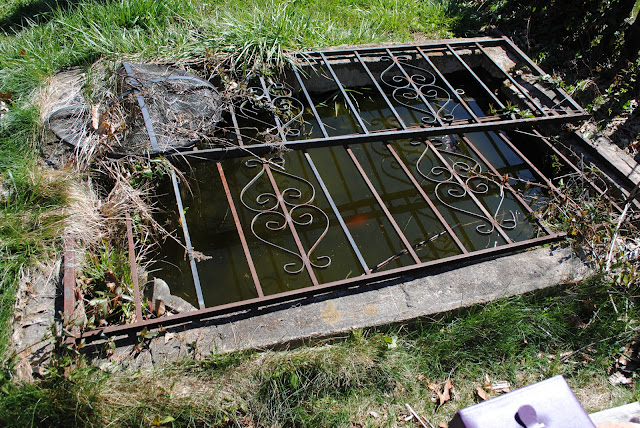 About four years ago we were at a bed shop and noticed that the feeder gold fish were only 29 cents a piece.  They were destined to be piranha food and were in diseased cramped conditions.  I figured the old Koi pond would easily be a better living space for the fish.  We bought two dozen goldfish and released them into the pond.  They didn't survive as well as I had hoped.  Fish started quickly diminishing, probably being eaten by frogs and racoons.  By the end of the summer it seemed that all the fish were gone.

That year we had one of the harshest winters I have seen since I moved to the South.  Our entire yard, including the pond were covered in snow for the better part of three months.

The next summer when I was doing yard work I noticed something orange moving in the pond.  I got the fish net and retrieved the beast.  There was one surviving Goldfish, who had somehow survived the winter and increased tremendously in size.  We dubbed him Fishzilla. 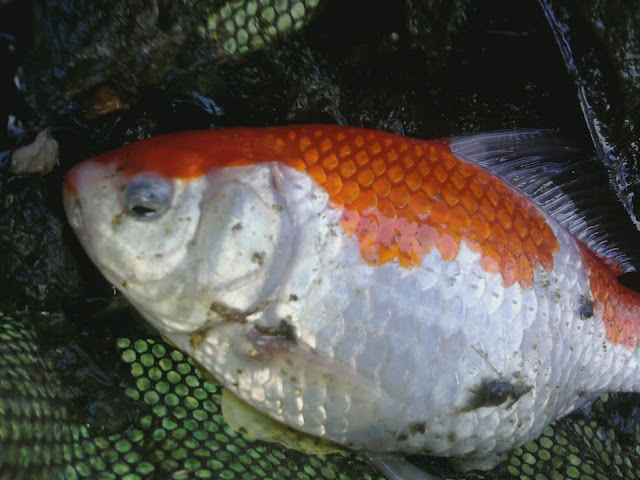 Fishzilla had between the odds and outlived his 23 brothers.  He had survived the harshest winter the mountains have seen in years.  This was one tough fish.

A year later, I found Fishzilla once again the following year. 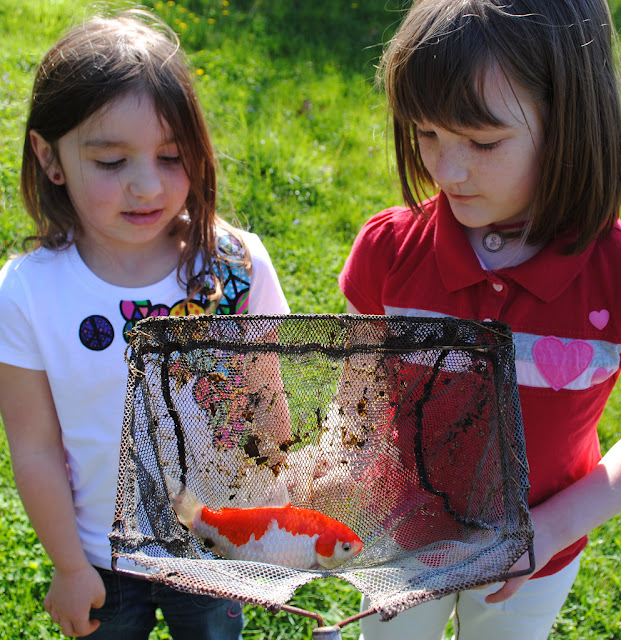 Yes another year passed and he was half a foot long, quite an increase from the inch long goldfish he started out as. 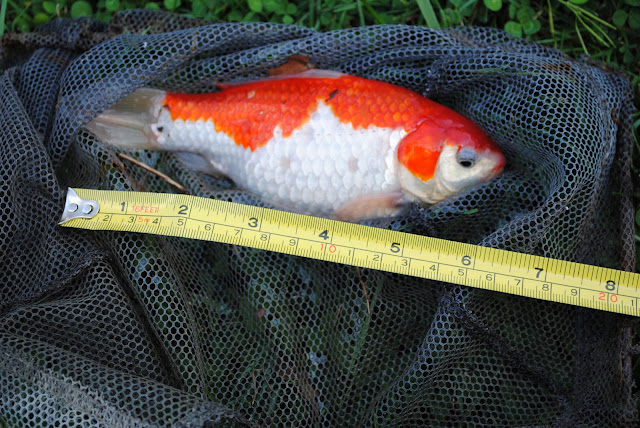 It has now been for years and Fishzilla is still living comfortably in our pond.  Here I am celebrating Fishzilla's fourth birthday wearing my custom made, potentially dangerous Fish Hook Glasses. 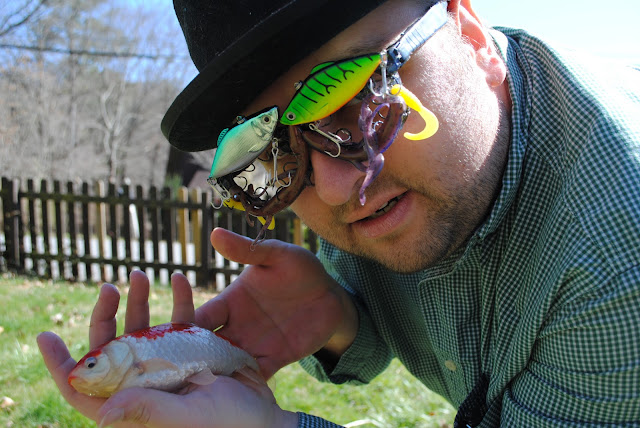