Opossums, Racoons and other Legal Matters, a Carpetbagger Update

I have been doing the Carpetbagger blog for over two years now.  I wanted to take a look back at some past topics and subjects and give updates. 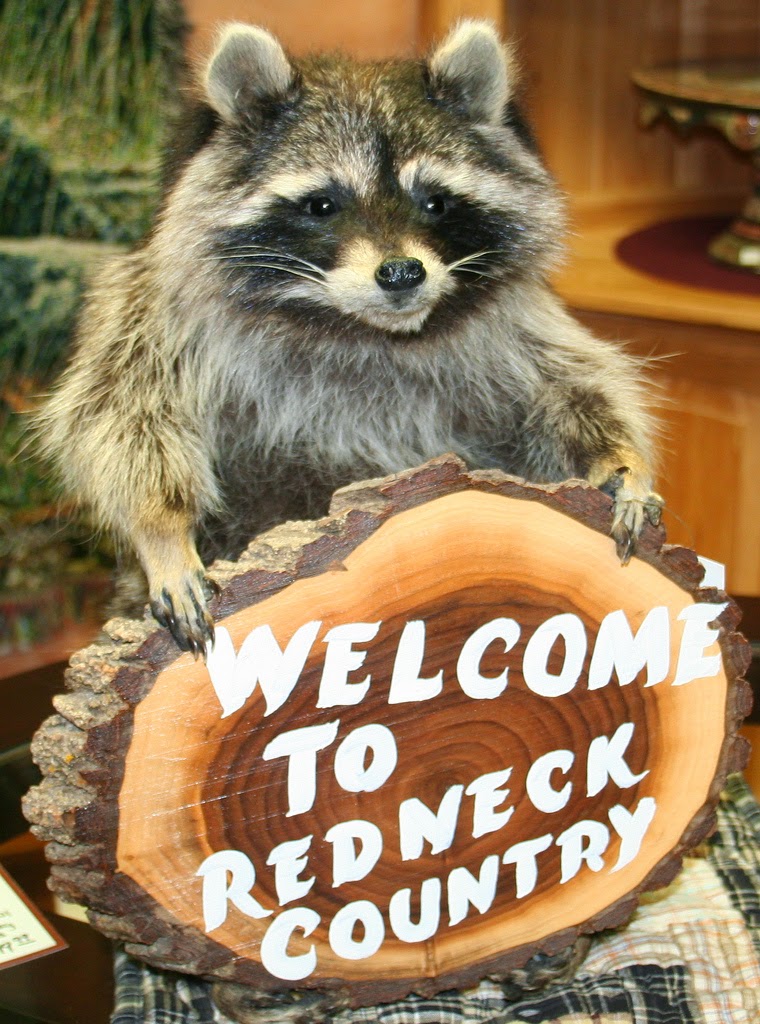 I inducted internet Hillbilly "Coonrippy" Brown into my illustrious Hillbilly Hall of Fame.  Coonrippy's video of him dancing to Aretha Franklin with his pet Raccoon went viral.  Sadly, his new found fame backfired and Tennessee state authorities seized his pet Raccoon Rebekah.  Coonrippy's video pleas for his returned pet went unanswered.  Coonrippy has finally come up with a master plan to get his Raccoon back.  Its a simple enough plan:  become Governor of Tennessee, then he can have his Raccoon back.  This may not be the easiest road to bringing Rebekah home, but it certainly is ambitious.  Here is Connrippy's campaign video. 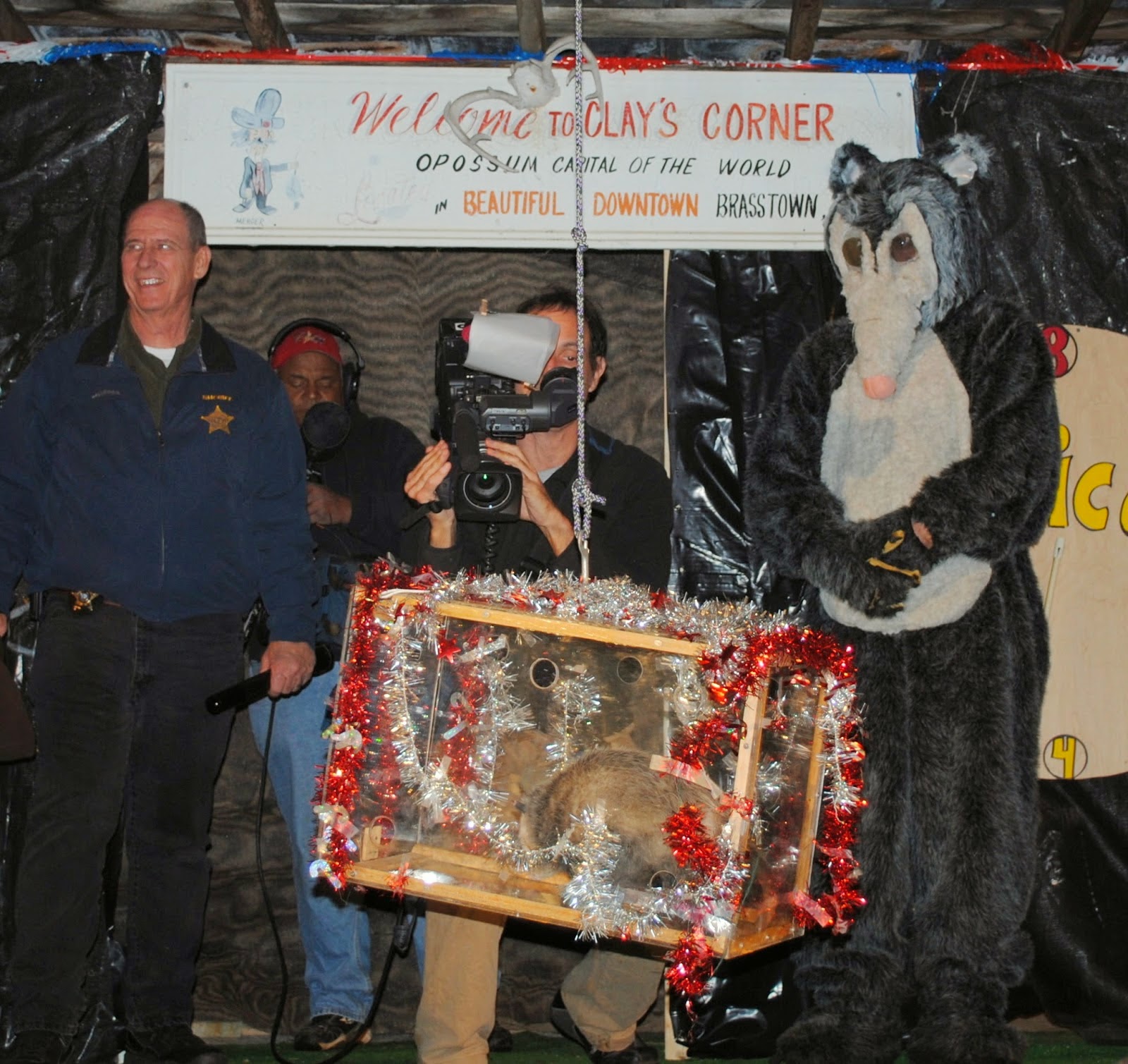 Not to long ago I talked about the Brasstown, NC's annual Possum drop celebration and recent legal finagling that allowed it to be legalized via the most oddly specific law in history.  This controversy was recently featured on America's number on source of news:  The Colbert Report.

Ghost Town in the Sky Back in Business 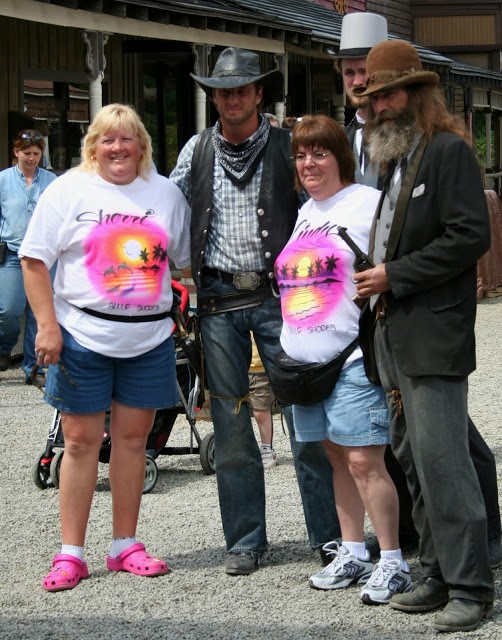 Of all the articles I have written on the Carpetbagger the one that consistently receives the most web traffic is the article on the seemingly cursed Wild West Amusement Park:  Ghost Town in the Sky.  I am sure this is do to people simply trying to ascertain the current status of the park, as it always seems to be up in the air.  Things were looking up when the park was bought out by investor Alaska Pressley, but then things went down hill when a Cowboy was legitimately shot in front of horrified tourists and then fired when he refused to take a drug screen.  Things were once again looking spotty for Ghost Town when it failed to open on its advertised date of June 20th.  The opening was delayed until July 4th and Alaska reports that the park is doing better business then expected.  The theme park that refuses to die is alive for now.


Moonshine Continues to Jump the Shark 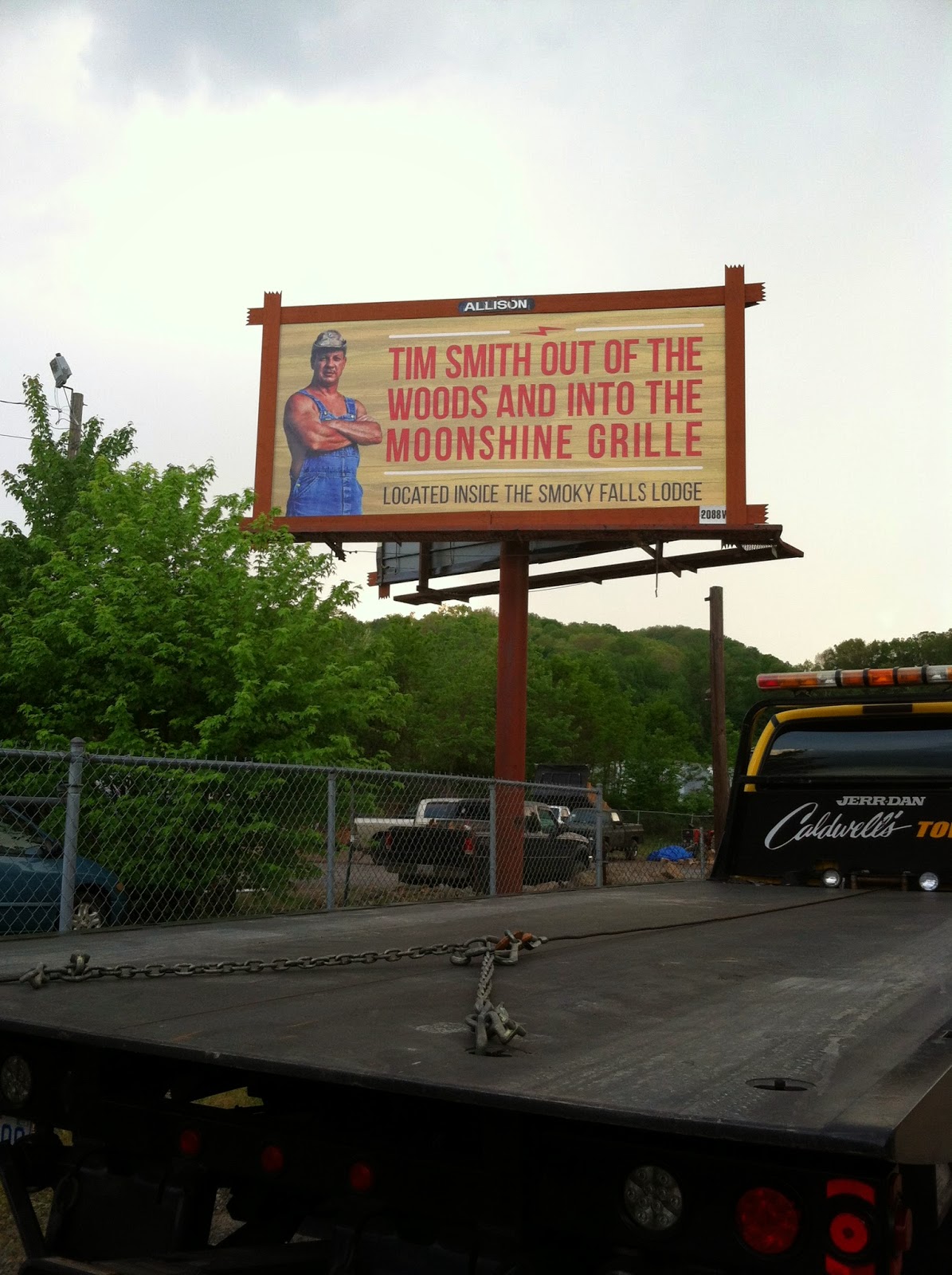 Moonshine used to be an underground illegal market here in the Mountains, now it is big business.  As I have mentioned before, the legalization of Moonshine has made a cottage industry.  Every former backwoods moonshiner now has their own legitimate moonshine brand.  The market is absolutely flooded with different brands of moonshine.  Virtually every shop and gas station in the area sells Moonshine related merchandise from coozies, to stickers, to t-shirts.  The appeal of Moonshine has always been its edgy and mysterious reputation.  With all that stripped away Moonshine risks being reduced to an uninteresting gasoline flavored spirit that has lost all its charm. 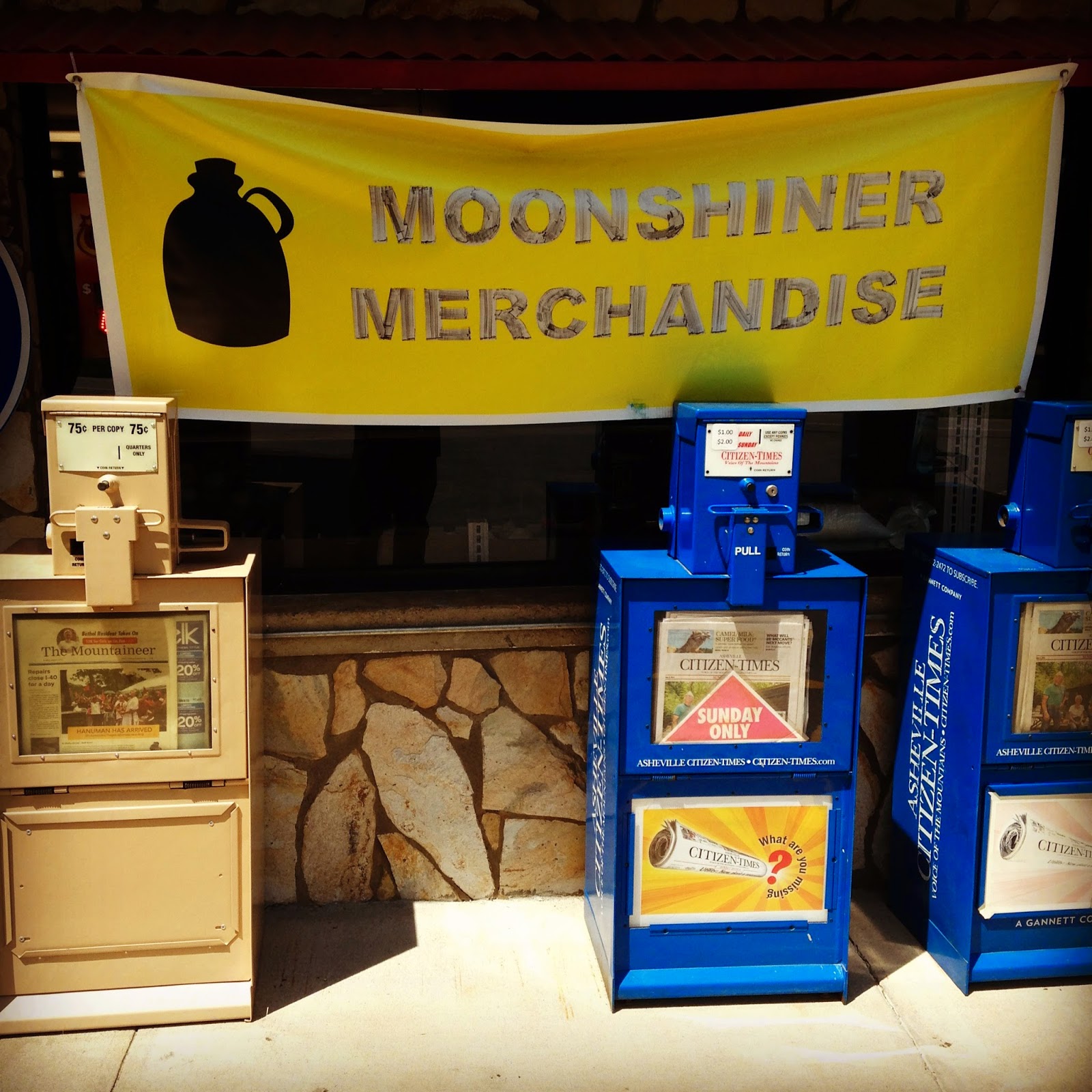 I was recently contacted by a Canadian television production company that was looking for help finding a genuine moonshiner.  Sadly, I had to inform them that Moonshine has gone so mainstream that finding a legitimate "moonshiner" may be impossible.  However, the Canadian lady asking me if their was a "secret handshake" for moonshiners was positively adorable.


State of the Redneck Renaissance 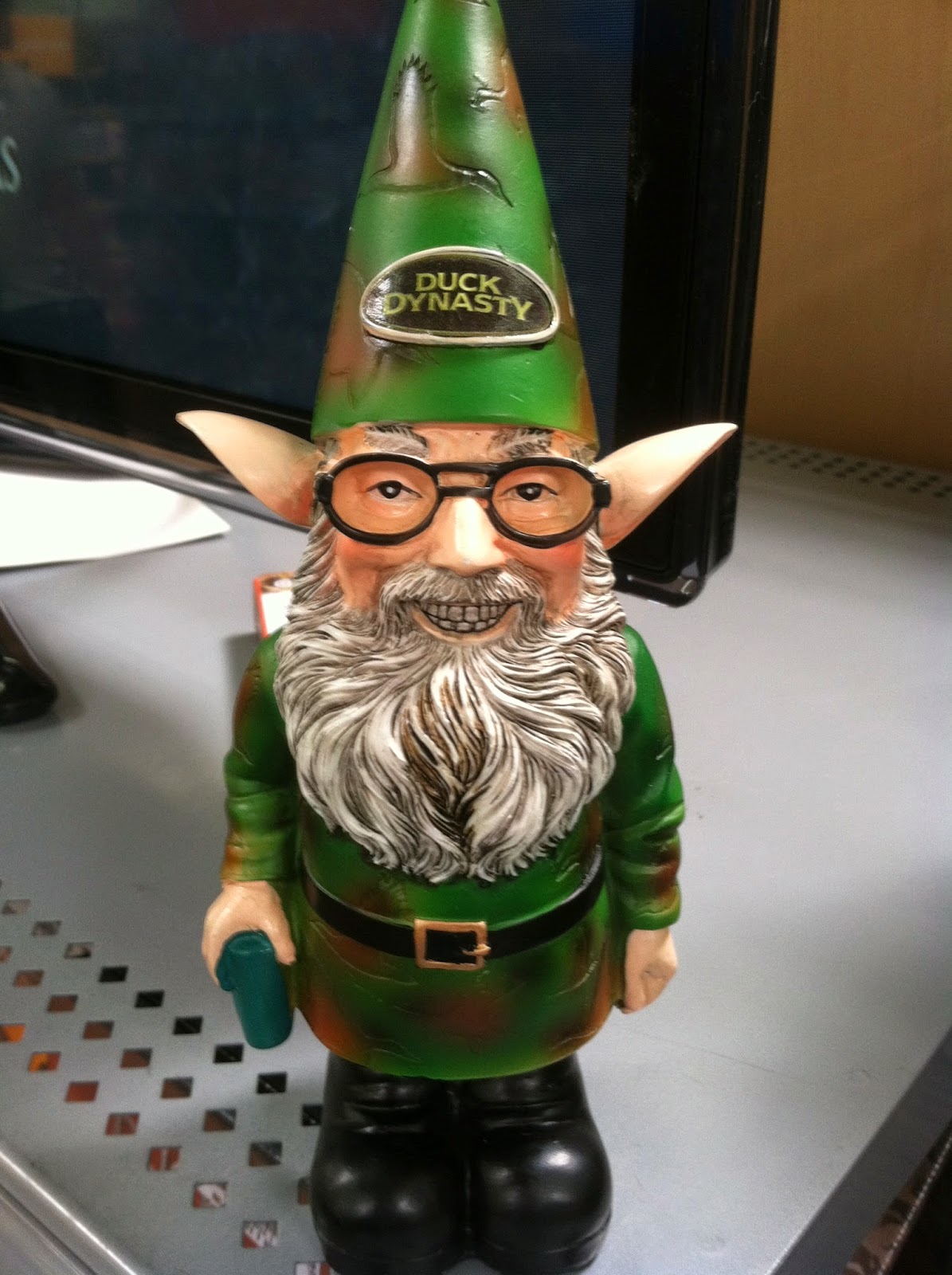 I have talked a great deal about the Redneck Renaissance.  This is the movement where society has grown to have a fascination with working class southerners.  This movement is especially prevalent in reality television with such travel blazing shows as "Here Comes Honey Boo Boo", "Duck Dynasty" and "Trailer Park: Myrtle Manor".   The Renaissance took a series of deadly blows when Duck Dynasty's Phil Robertson made anti-gay remarks in GQ magazine.  The entire cast stood behind him and the once fun show became an uncomfortable line in the political sand.  Also, former queen of the South Paula Dean admitted to using the n-word.  These two incidents reinforced the negative views that Americans have about Southern Whites and suddenly the South's stock dropped drastically.

Duck Dynasty used to have its own section at Walmart, with its merchandise now being moved to the clearance racks.  Paula Deen's restaurant "Uncle Bubba's Oyster Shack" (Which was my favorite restaurant in the world) mysteriously closed overnight, and her flagship restaurant "The Lady and Sons" is reportedly a ghost town.  When we went there in 2008 there was a line wrapped around the block.

Oddly enough, Honey Boo Boo and her family, often viewed as an embodiment of what is negative about the South attended the GLAAD awards and also have an African American bodyguard.

There is still a handful of shows on the air, but it seems that the air has truly been let out of the Renaissance.

On a side note, I feel that the Renaissance has reached its surreal peek with the show "Small Town Security" which features a love triangle between Joan, an eternally negative and hateful middle aged woman suffering from Parkinson's, Irwin, her long suffering yet eternally optimistic husband and their transgendered employee Dennis that lives in the office.  The whole thing seems like some ethereal dream, but I must warn you it can be a bit much at times.  In a bizarre plot point Irwin has to use a stick to break up his bowel movements to get them down the toilet, and then sells the stick on ebay.

On that note, I will wish you a good night.