The Fall of Duck Dynasty.......Is this the End of the Redneck Renaissance? 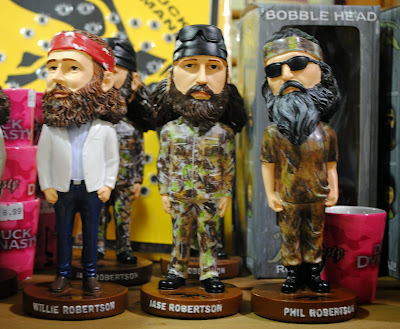 Over the past few years America has been in a love affair with The South.  Southern settings and themes begin to pop up in top fictional TV shows like True Blood and the Walking Dead.  Even more rampant is The South influence on reality television.  For a long while reality TV tended to focus on dysfunctional self indulgent celebrities.  In recent years this has shifted.   With shows like Swamp People and Call of the Wildman rural Southerners have been put front and centers.  The South has been very "in".  We were truly in a Redneck Renaissance which I previously talked about HERE.

The first crack in the armor may have been the Paula Deen "scandal, which I touched on HERE.  The media delighted in the downfall of the once proud Queen of the South when the shocking revelation came out that she said the N-Word once in the 80s.  It was a major blow to the South, as one of its main ambassadors was raveled to be a racist.  Which is one of the greatest taboos in modern culture.  I think that public crucifixion of Miss Deen was wrong.  I felt like it gave people an opportunity to pigeon hole Southern people into the box that they like make. 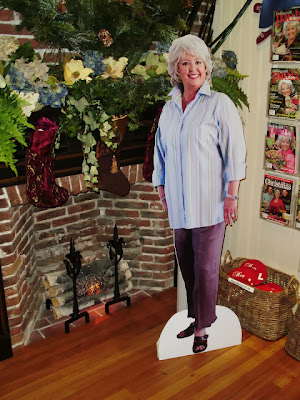 Recently another major Southern Icon "came out of the closet" as a supposed bigot.  This man is Phil Robertson, star the what is easily the most popular show in the Redneck Renaissance Movement.  Phil got his start in the duck call business and made a fortune.  After becoming a popular figure in hunting culture he and his family made a surprising splash in their reality show "Duck Dynasty".  The plot of the show revolves around Phil's son Willie trying to grow the family business while the rest of the family goofs off and extolls Redneck virtues.  Phil is portrayed as a laid back sagely elder.  At the end of every episode Phil prays with the whole family.  The prayer segment is somewhat interesting as he explicitly talks about Jesus in a mainstream show.  I always thought this was pretty cool, as it allowed the family to be themselves without whitewashing anything.   Interestingly enough, the family had made a few public statements complaining about the A&E network editing out a lot of content about their Christian faith, as the family is deeply Christian. 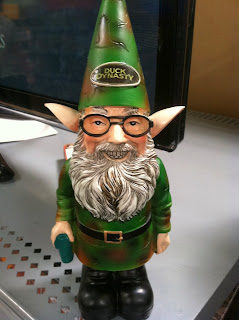 Things were recently split wide open when Phil did an interview with GQ magazine.  While this is a little odd in and of itself, it was the content of the interview that shocked people.   Phil made comments about homosexuality being akin to bestiality.  In addition he said that during the Jim Crow era South he felt that blacks were happy and he did not see them mistreated.

Let's start with the anti-homosexual comments.  First of all, I am a ardent supporter of gay rights.  I feel that homosexuals should be given the same rights as everyone else, including the right to marry.

Now, am I surprised that Phil Robertson things homosexuality is a sin?  No.  He is a 70 something self professed Redneck who grew up in rural Louisiana.  Phil is an evangelical Christian and such beliefs are held by a majority of such Christians.  I have to ask.  Is anyone actually shocked?

I live in a state where the majority of people voted to outlaw gay marriage.  Its sad to say, but aren't Phil's supposed eccentric believes actually mainstream?  Just look at our laws.  Phil's beliefs are shared with a lot of people.

I could not disagree with Phil any more on this subject.  I do think that this does not make Phil a bad person.  Most people have something unsavory about them and reality TV is bound to dig up something bad about someone.  No one is all good or all bad.

As for the racial comments Phil made, I think these were made more out of ignorance then hate.  Clearly racism was a problem in the entire country and Phil must have been blind to miss it.  I do hate to see the Robertson's get a bad rap on the racial issue.  Phil has an adopted grandson who is half black and an adopted granddaughter who is Asian.  I do not think this man is a racist, just a little unobservant.

A&E has suspended Phil for his comments, which has angered quite a few fans.  The Robertson family has stood behind Phil's comments and refuse to apologize.  So suddenly, a good clean honest fun show has become a political wedge, which is really unfortunate.   I feel this development, much like the Paula Deen incident has allowed people to both Pigeonhole and politicize Southern Culture.

Now, while the Robertson family has previously been beloved and seen in a positive light, there is another TV family who has been the constant source of hate and ridicule:  The Honey Boo Boo Clan. 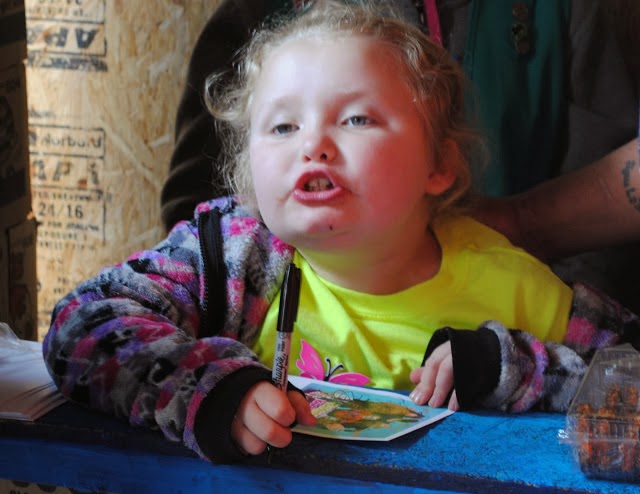 Which I had the honor of meeting.

Ironically, the family that everyone loved to hate and knock are ardent supporters of gay rights.  They have been outspoken with their support and June and Alana even attended the GLAAD awards this year.

Maybe we should not judge people so quickly.

Please feel free to email me at jacobthecarpetbagger@gmail.com
And don't forget to check out my Flickr Photostream and my Youtube Page
Posted by Jacob at 10:08 PM