The Legend of Harland Sanders

Colonel Sanders is easily one of the most recognizable people to ever walk the planet, right up there with Jesus Christ and Mickey Mouse.

His haunting visage can be found in any country, any town, anywhere in the world.

I recently traveled from my home in the Smoky Mountains of NC to my birthplace near the great Lakes and the ONLY person who has their birth place on a historical sign on this trip is Colonel Harland Sanders.  He is a true Southern Icon and a true American Icon.  He is the man who invented the fast food restaurant.

First of all, for a bit of background.  Sanders was in the military, but his illustrious career only lasted 3 months and he never reached the rank of "Colonel".

When this honor was bestowed upon restauranteur Harland Sanders, it meant something more to him then it did these other individuals.  It changed Harland.  From that moment one he insisted on being addressed as Colonel.  He altered his wardrobe and only wore a pure white suit combined with a black string tie, making him look like a civil war era Southern Colonel.  For the last 20 years of his life, he was never seen wearing anything but this uniform and when he died he was buried in it.

The man certainly had an ego, that is clear, but it is something he earned.  The Colonel literally invented fast food.  Kentucky Fried Chicken was the first franchised food chain in the world.  For this alone he is a great American.

The Colonel was notoriously crotchety and cantankerous.  He would should up randomly at Kentucky Friend Chicken Restaurants and if the food wasn't up to his standards he would take it out of the kitchen and chuck it into the parking lot.

After selling the KFC corporation he would bad mouth the food, calling the mashed potatoes a mixture of  "wall paste and sludge".  The KFC corporation would give him a pile of money to get him to shut the hell up and continue to use his iconic image.

For Americans who want to honor the Colonel, there is no shortage of opportunities. 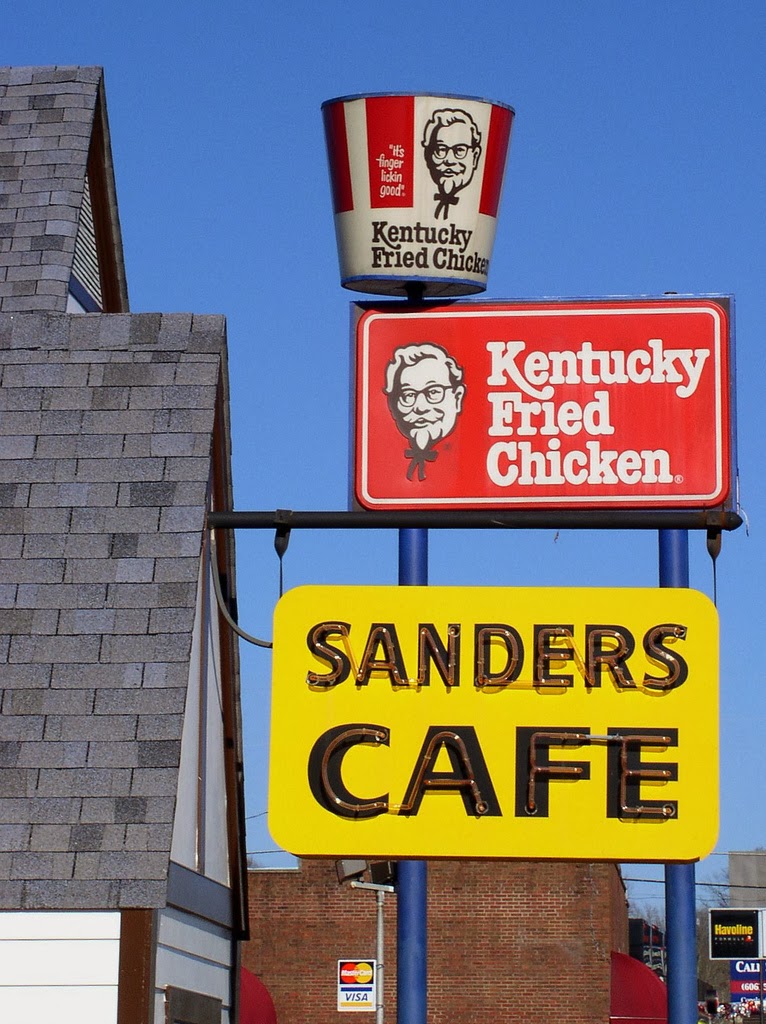 Its actually a functioning KFC, making it possible the only combination fast food restaurant and Museum in the country. 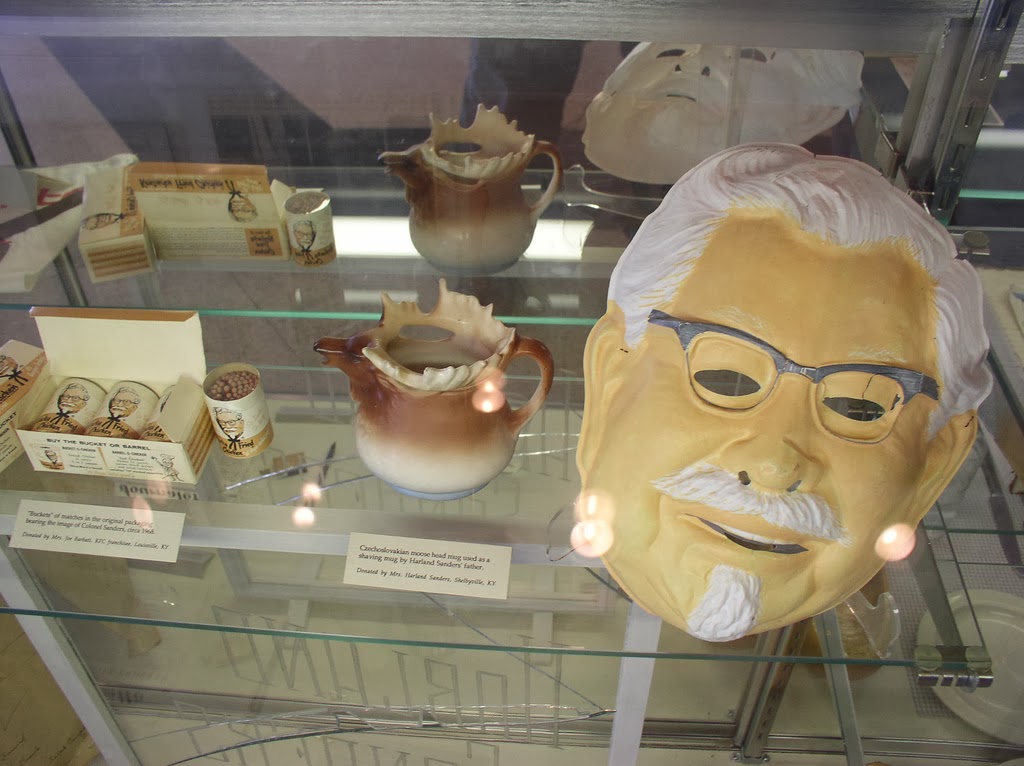 There is even a photo op where you can pose with the Colonel's Ghost. 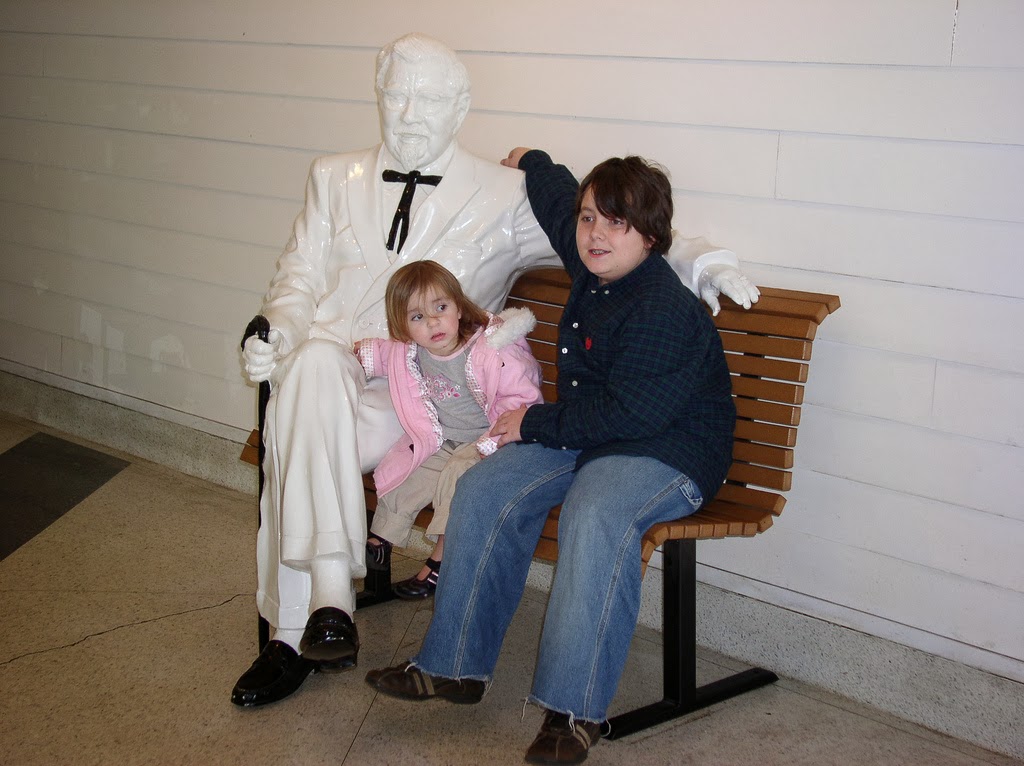 Head on over to Louisville and pay respects to the man's final resting place, 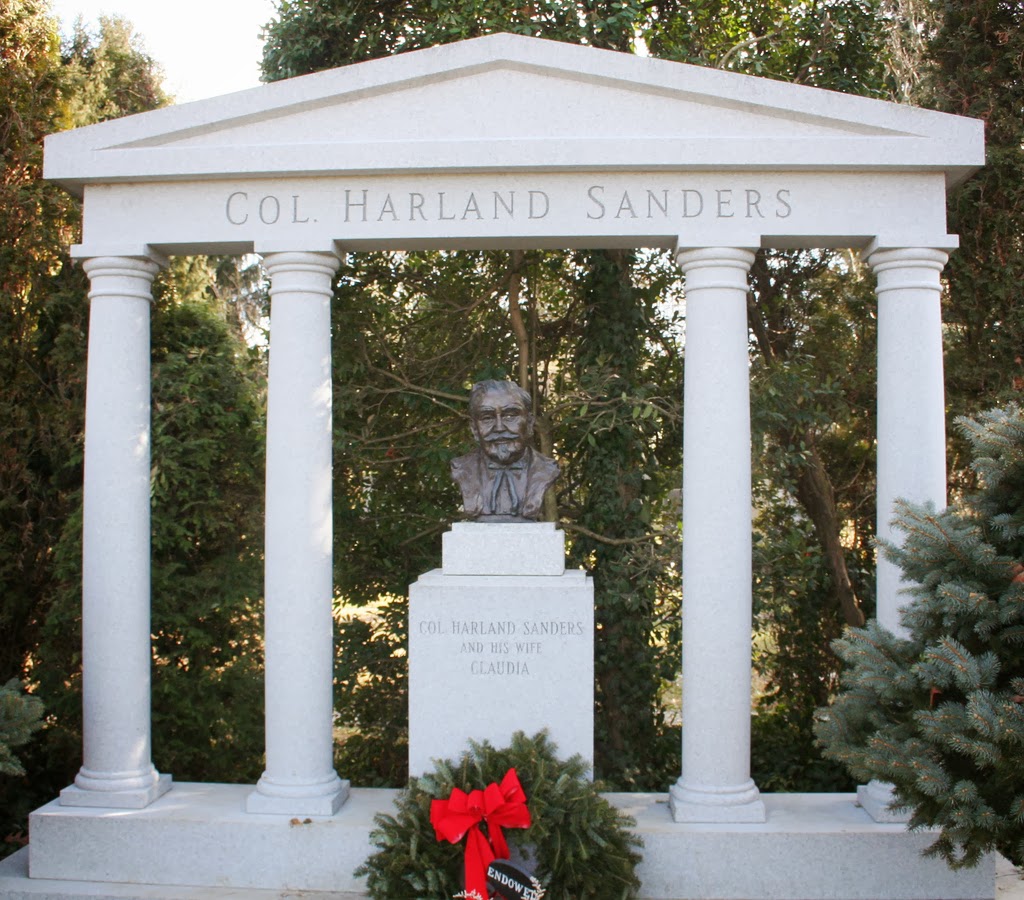 All true American's make pilgrimages to this shrine and leave gifts of friend chicken legs.

Stop by the Louisville Welcome Center (which is oddly located in the center of the city) to see this fantastic Wax Figure of the Colonel, complete with a nice bucket of wax chicken. 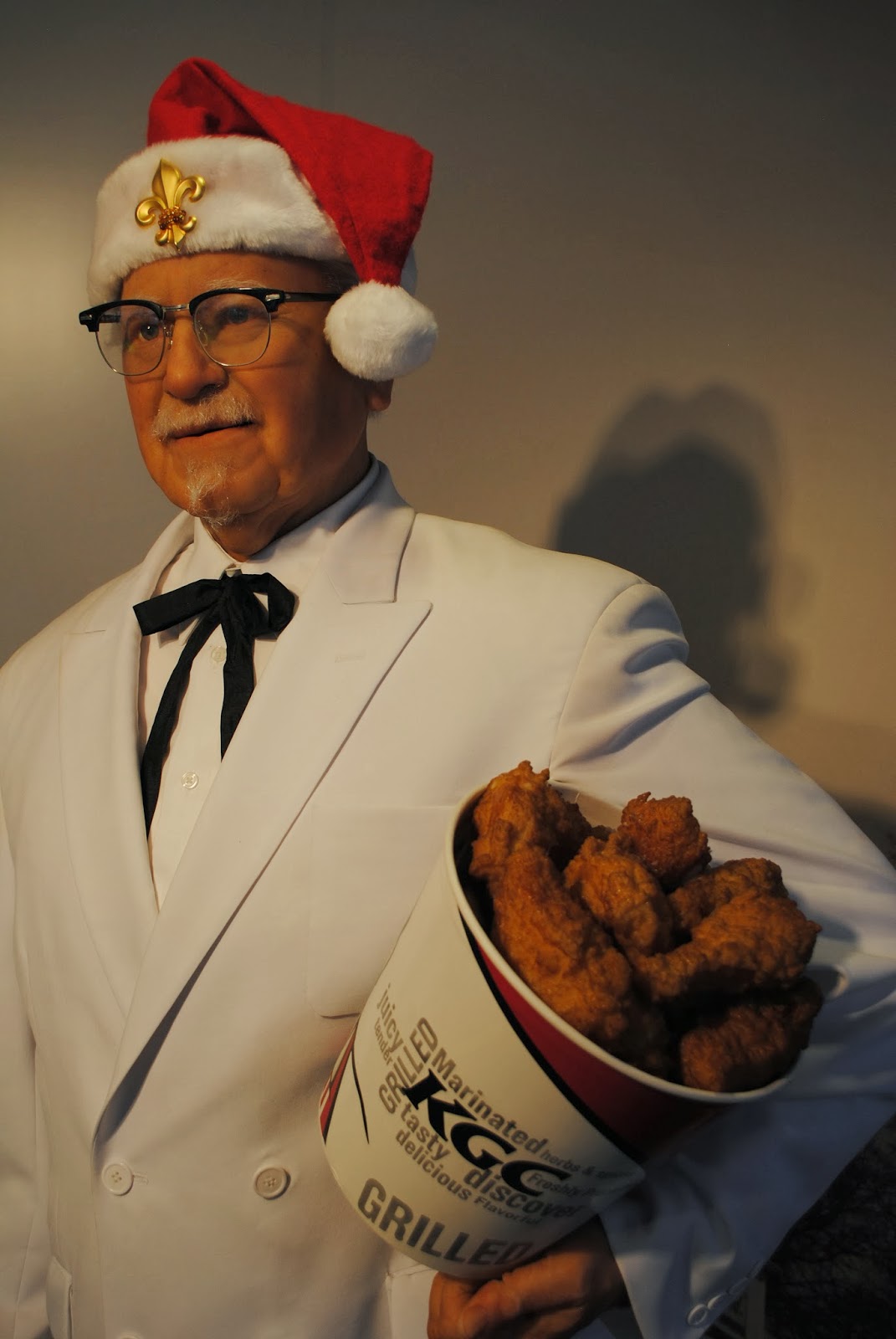 Along with one of his original suites. 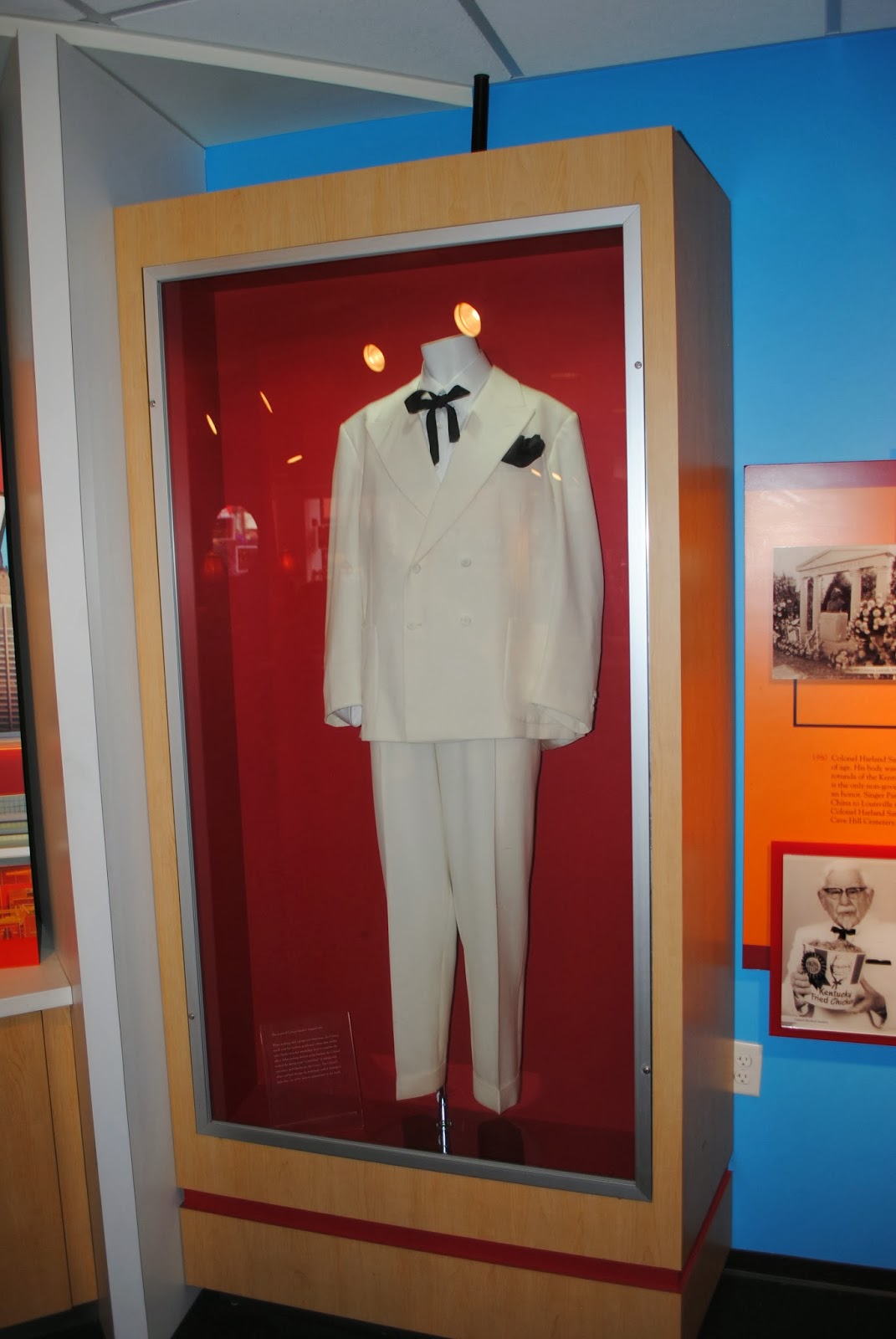 Of course, for hardcore tourists like me, ONE Wax Sanders and ONE original suit just simply isn't enough.

Head on over to WHY Louisville, a wonderful set of gift shops in Louisville that goes great lengths to honor the colonel.  They have a Wax Sanders WEARING an original suit. 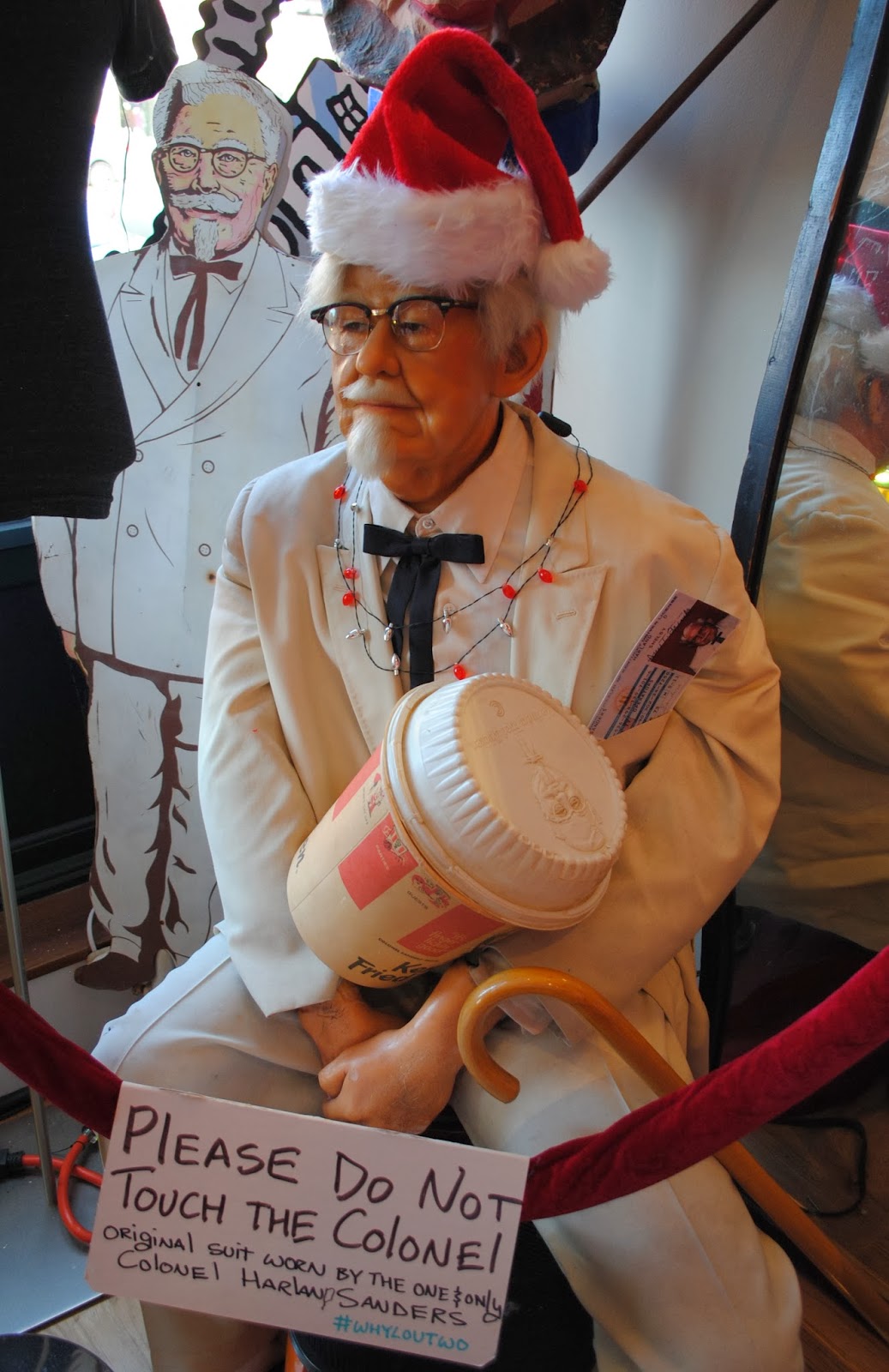 They also have a comic foreground that allows you to BE the Colonel. 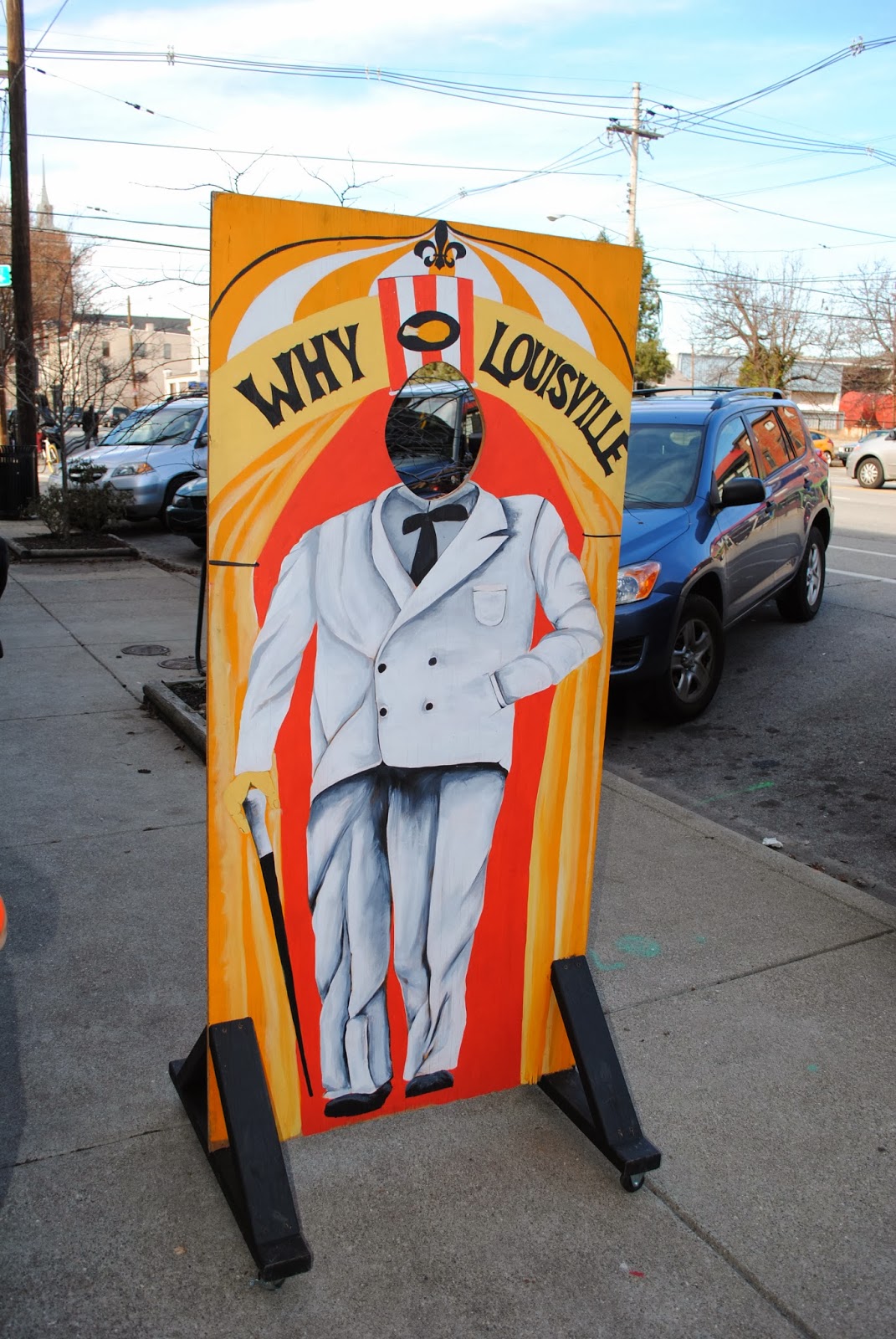 Most impressively, Sanders is emblazoned on their mural of "Kentucky Rushmore". 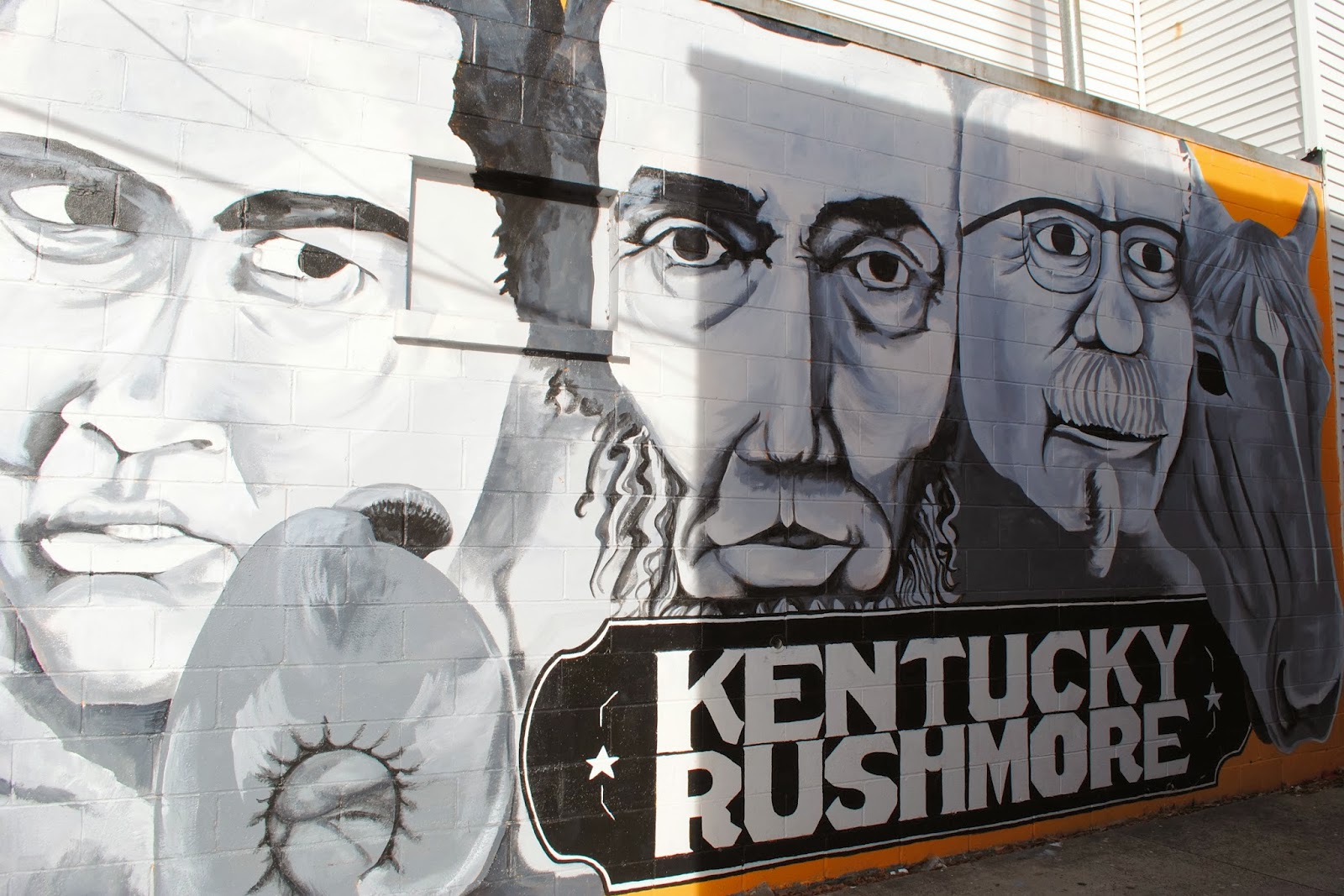 That is Muhammad Ali (which we previous learned is actually Colonel Muhammad Ali), Abraham Lincoln, Sanders and Secretariat.

The Kentucky Rushmore was actually supposed to be a real sculpture, but the plans fell through which is sad.  I love the idea of the Kentucky Rushmore, but I am not happy about the inclusion of Abraham Lincoln.  I think there should be a rule that you are only allowed to be on ONE Rushmore.  Its not fair for him to get to pull double duty.  Plus, let's not forget that Lincoln was actually born in North Carolina......but we'll get to that later.....