The Wonderful World of Water Towers

Even as a kid I loved Water Towers.   I had no idea what they did, but I loved the massive structures sticking up into the sky line.   Even more impressive is when a town decides to customize their water towers.   Let's take a a look at some of the most impressive water towers you can find across the South. 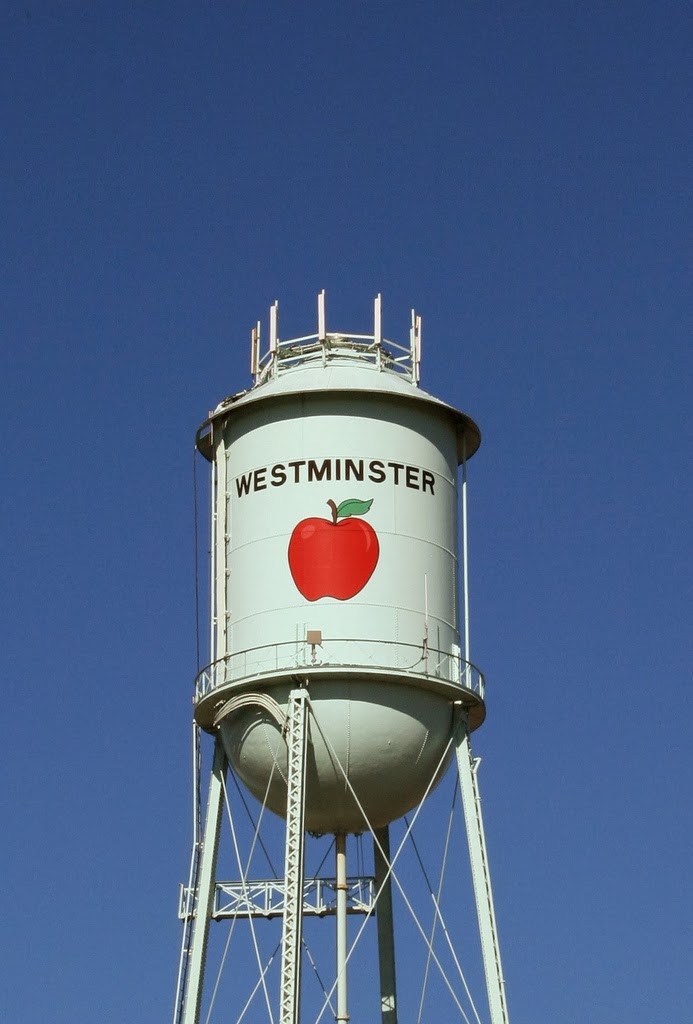 By the way, in case you didn't know their function is to pressurize a local water system using gravity. 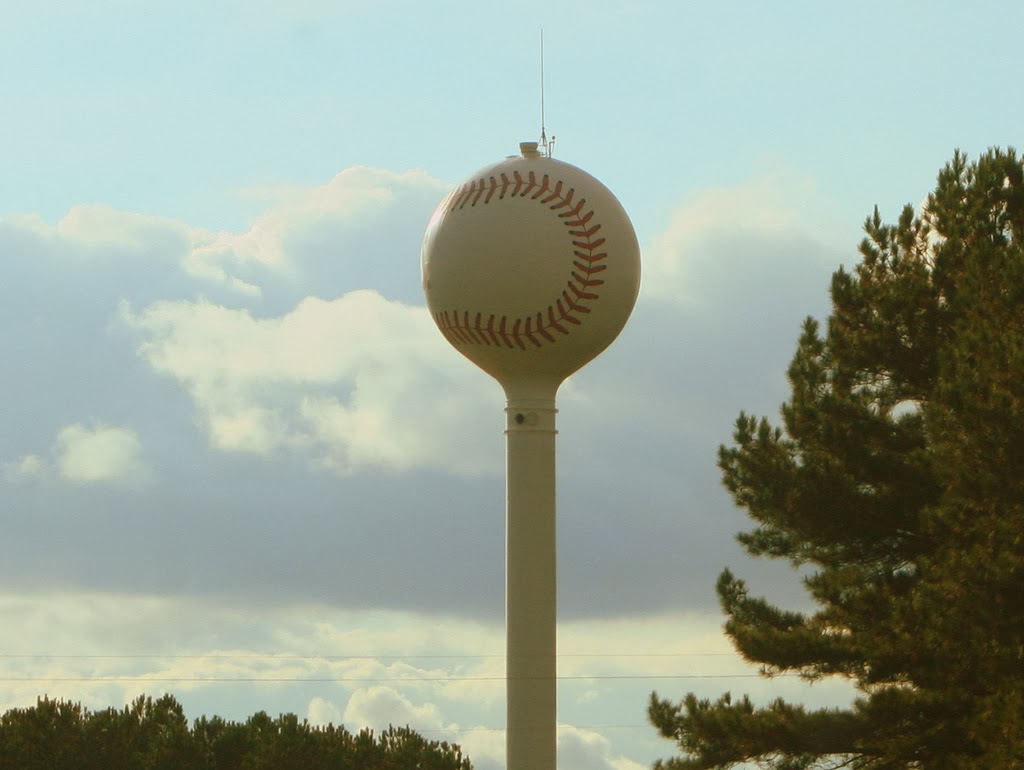 This baseball water tower is found in Zebulon, NC.   I'm not really sure what the inspiration is, but I am guessing that somewhere in Zebulon there is a baseball team of some sort. 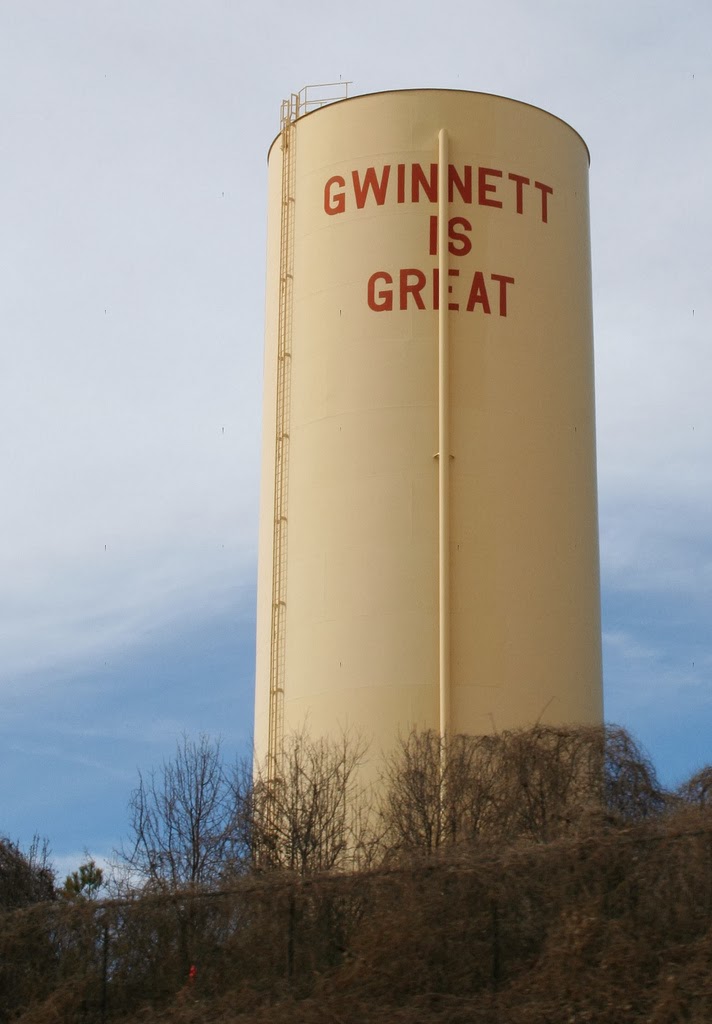 I include this water tower from Gwinnett, GA, not for how impressive it is, but how unimpressive it is.  "Gwinnett is Great" has to be one of the most half-hearted civic statements of all time.   Let's not forget that Gwinnett is named after a semi-great man. 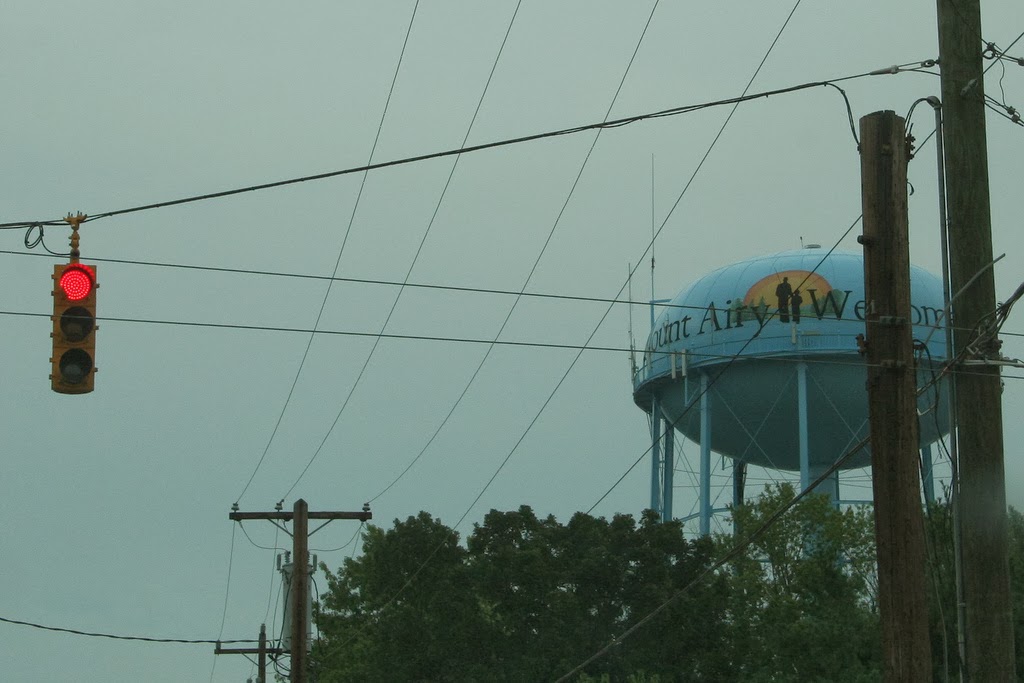 This water tower in Andy Griffith's home town of Mt. Airy, NC depicts the iconic opening of "The Andy Griffith Show".   That is if you can see it through all these damn power lines. 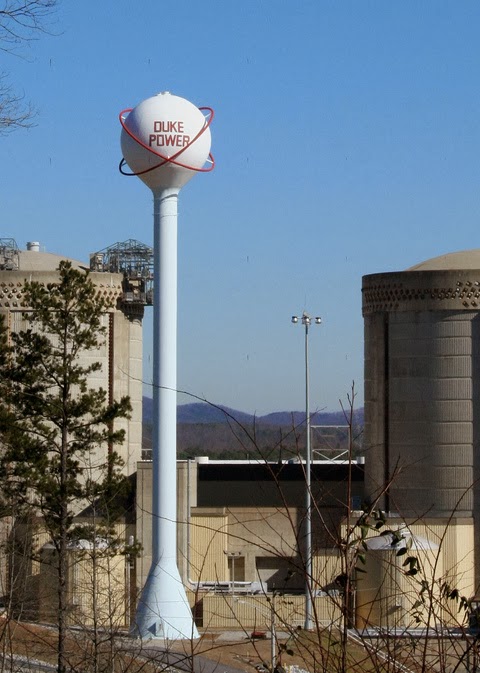 This atom shaped water tower can be found in Seneca, SC.  It advertizes "The World of Energy", which is an educational display inside a nuclear power plant.  Yes, I did stop and sea it and it was pretty boring.  My wife said that growing up she took a feild trip there every year and has dubbed it "The most boring place on earth".   Cool water tower though...... 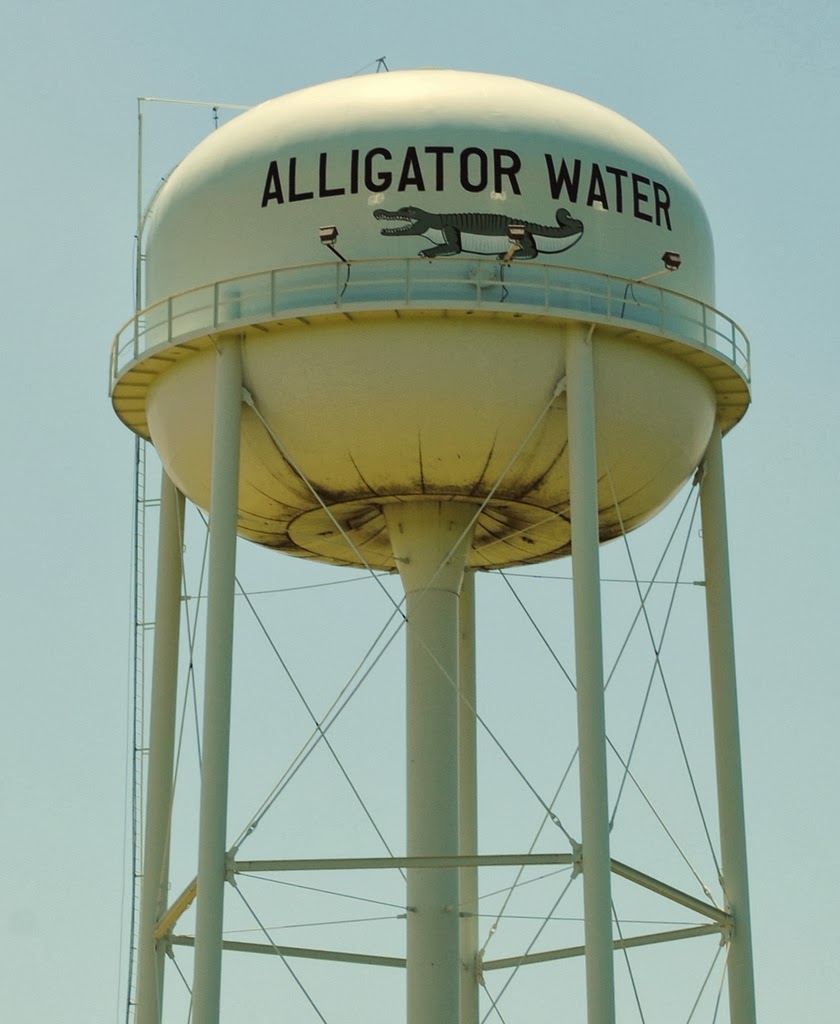 I'm not sure of the meaning of this water tower in McBee, SC, but I have to assume that it refers to some sort of special flavor of water. 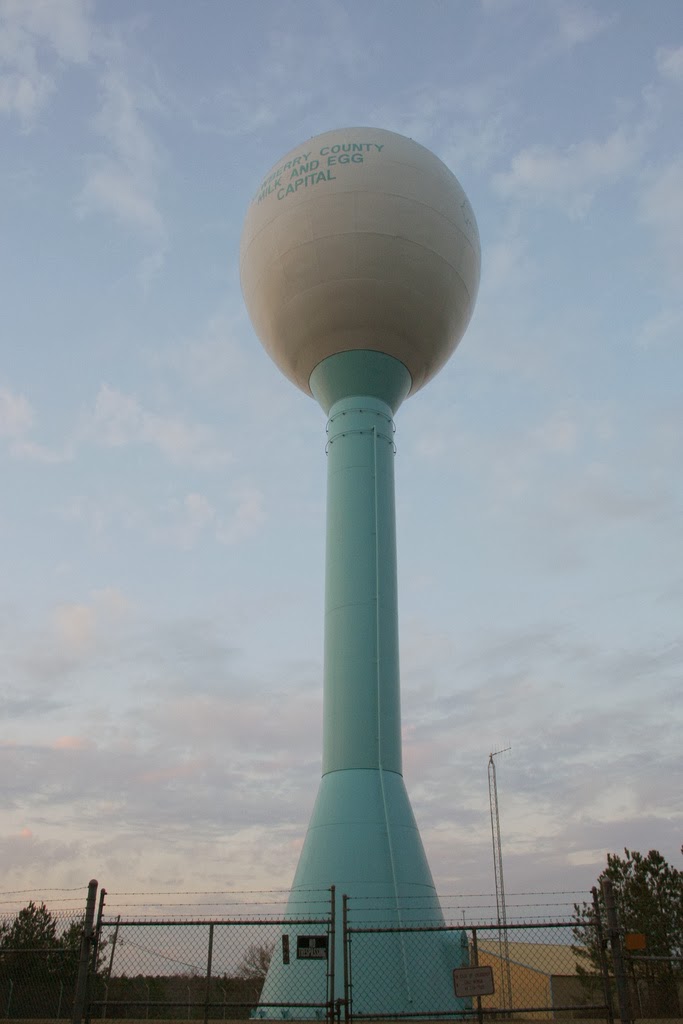 This Egg-Shaped water tower can be found in Newberry, SC.  Its kinda cool, but the fact of the matter is that water towers kinda look like eggs to begin with, so it didn't take a lot of effort to make this. 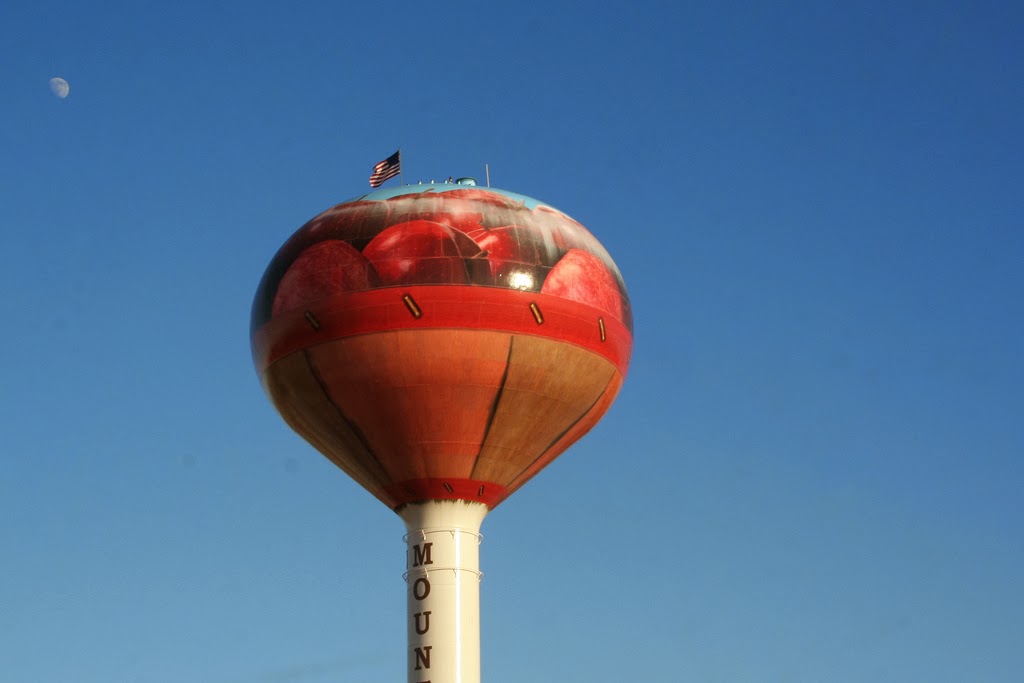 This water tower painted to look like a basket of apples can be found in Mt. Jackson, VA.  I like how I got the moon in this pictures. 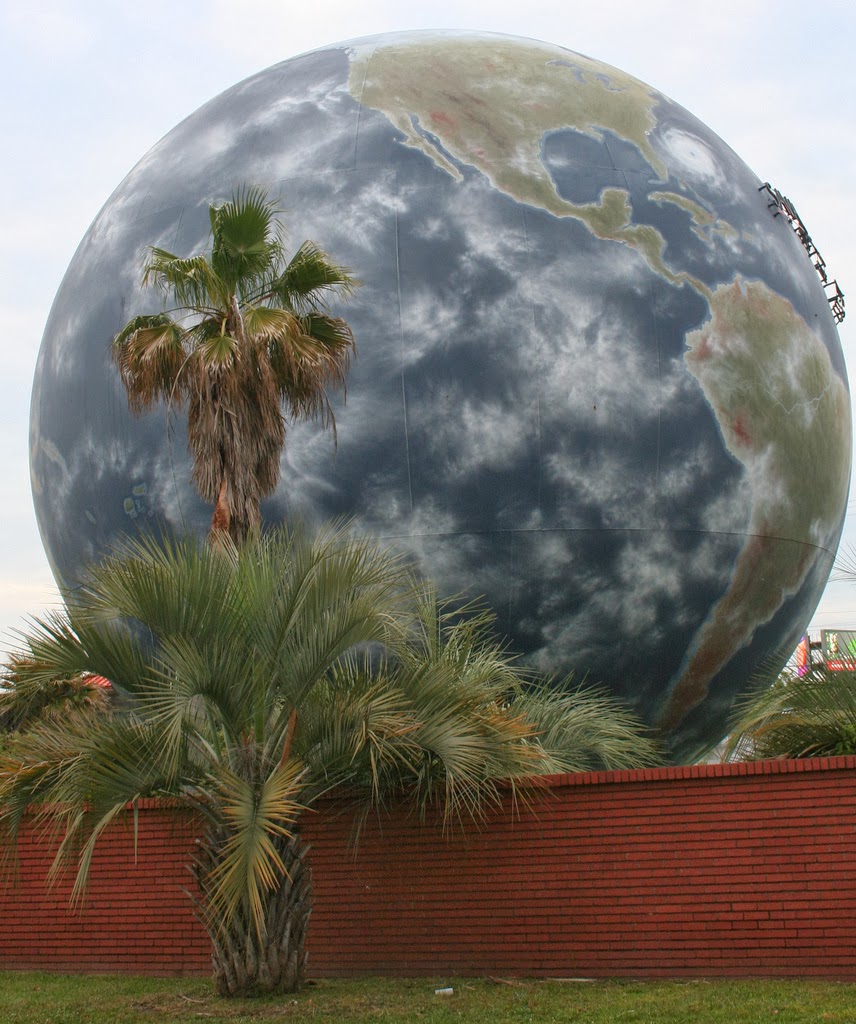 This water tank in Savannah, GA is painted to look like plant earth and its pretty awesome.   An interesting easter egg is the fact that the it depicts a giant hurricane headed right towards Savannah (upper right hand corner).   As cool as it is, the old version was even cooler as it was painted as a globe.  The globe can be seen in its original form in the Ben Affleck film "Forces of Nature." 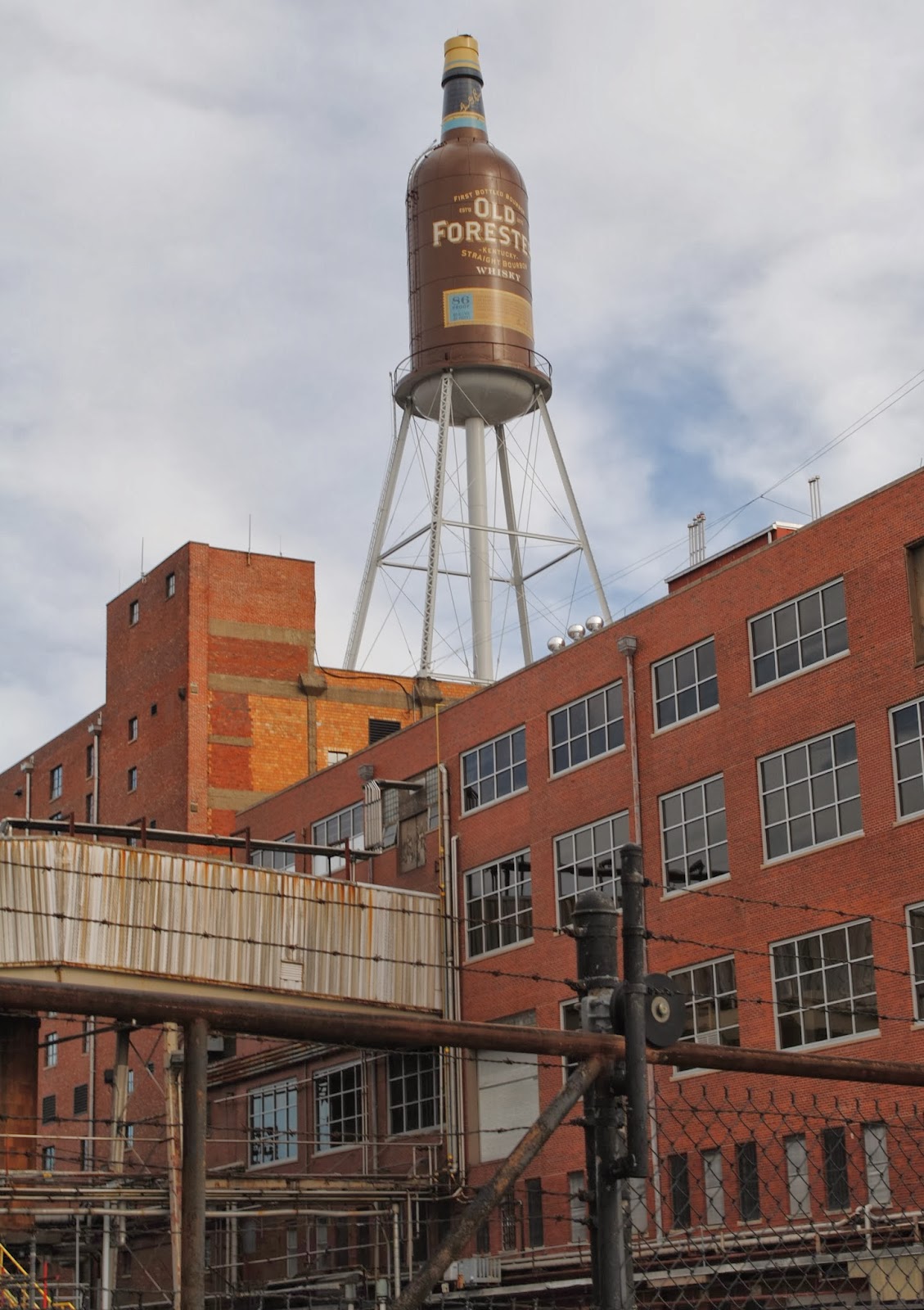 This tower, shaped like a bottle of bourbon celebrates Kentucky's bourbon industry.  One can only assume that it contains actual bourbon. 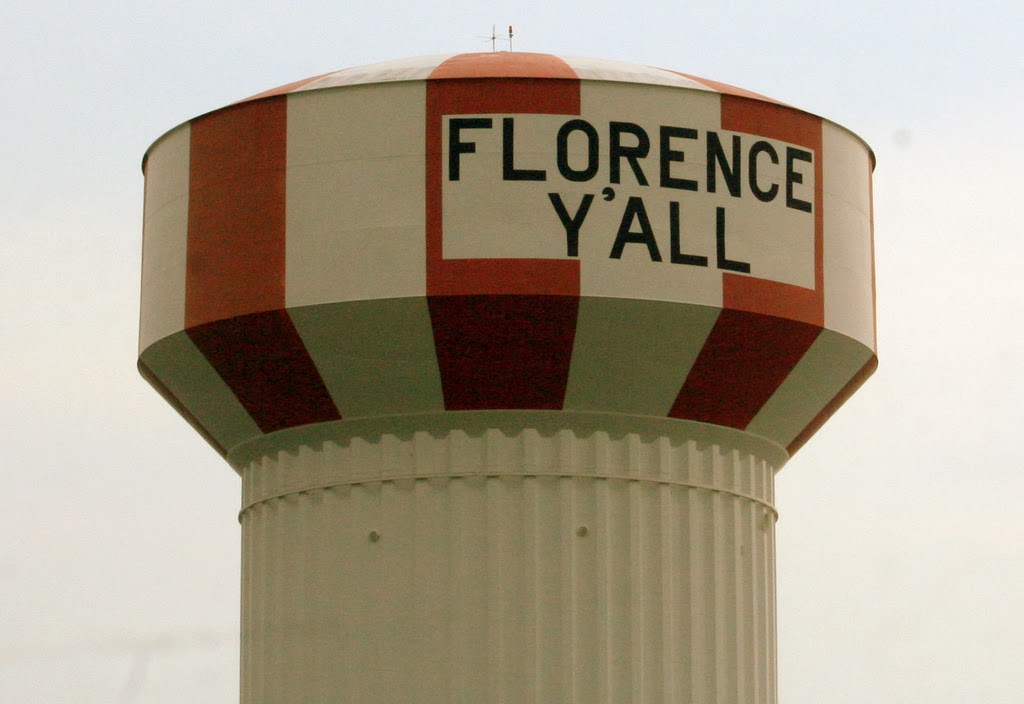 This beloved Water tower in Florence, KY actually came about as a legal loop-hole.  The tower originally said "Florence Mall".   Someone pointed out that it was illegal to advertize private businesses on a public structures.  The town didn't want to repaint the whole thing so they did a quick fix and changed "Mall" to "Y'all".  The thing is that people loved the change and the tower has since become iconic. 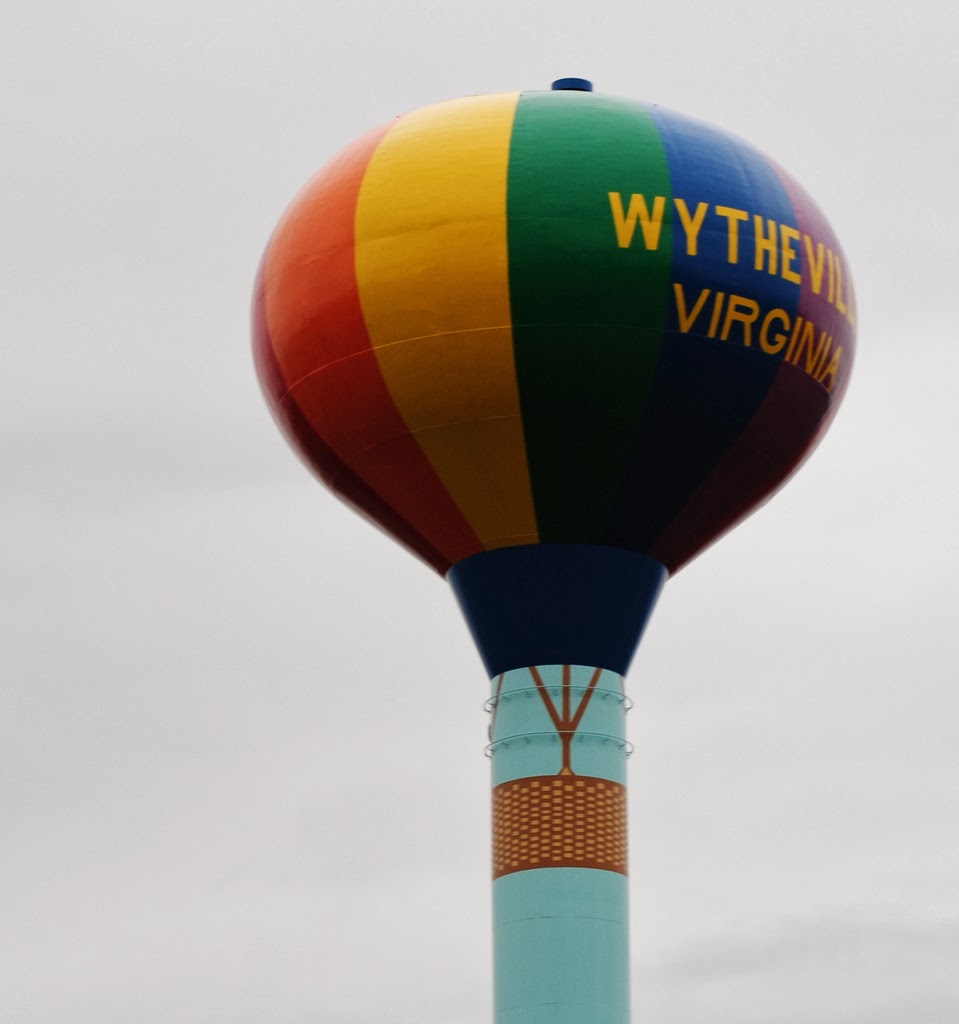 This whimsical hot-air-balloon shaped water tower is found off the freeway in Wytheville, VA.  What I found most amusing is that truckers refer to this tower as "The Doorknob to Hell". 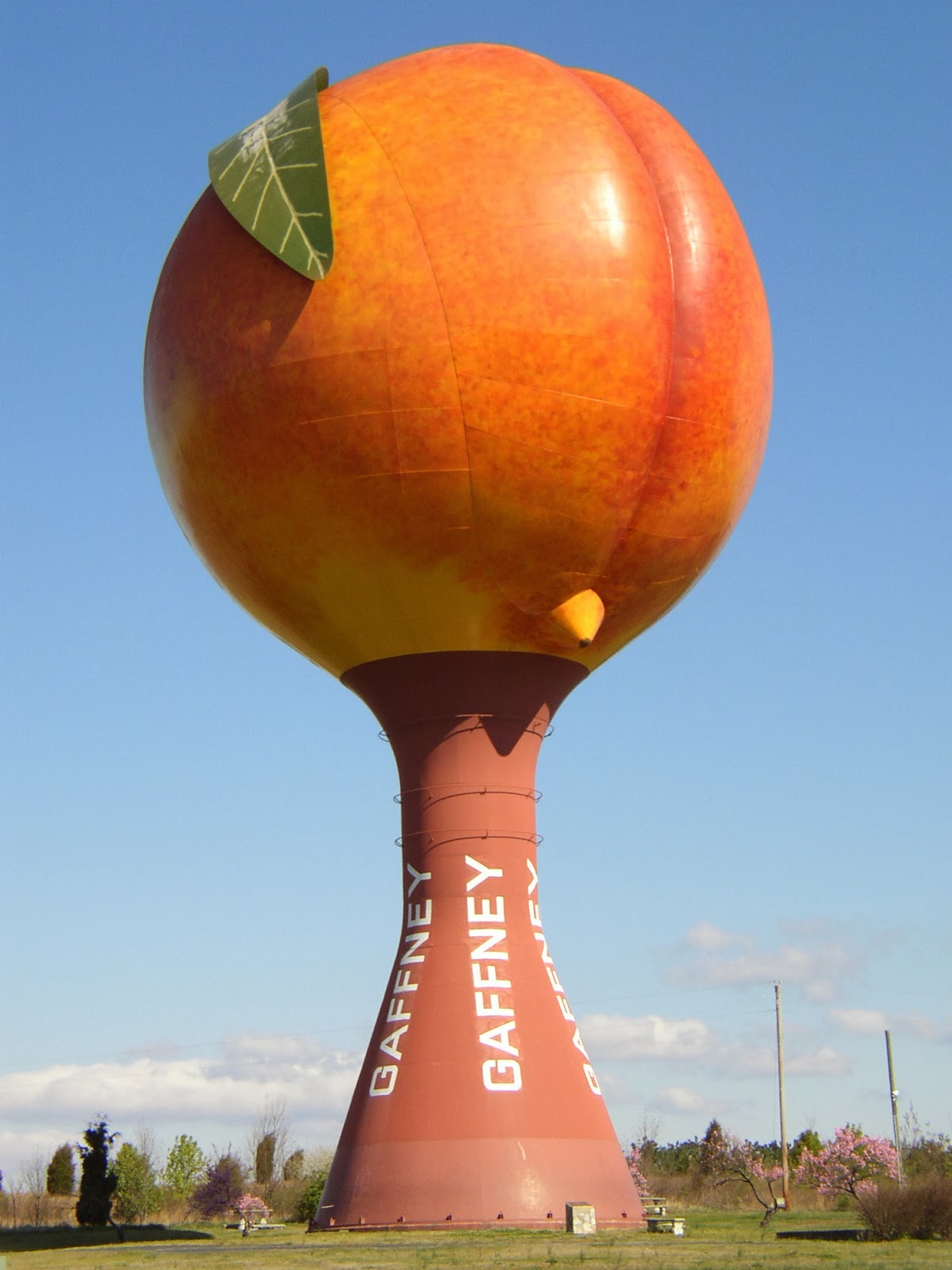 And we end with the legendary "Peachoid", which is easily the most well known and most impressive water tower in all of the South.  Found in Gaffney, GA the water tower has been connected to some controversy with some saying it is too distracting to the drivers on the road, while others say it looks like a giant ass.   I should also mention that I am not at all bitter about the fact that I licensed this image to be used in the show "House of Cards", but they ended up using someone else's pictures.  Oh, well, their loss.

Please feel free to email me at jacobthecarpetbagger@gmail.com
And don't forget to check out my Flickr Photostream and my Youtube Page
Posted by Jacob at 10:50 PM