A few weeks ago I took my early trip outside the South to visit the arctic tundra of my motherland: The Midwest.

I had an opportunity to visit I museum I have not visited before: The Chicago Field Museum.  Its a nice old style museum with tons of great taxidermy.  It is most well known for "Sue" the most complete T-Rex Skeleton ever found. 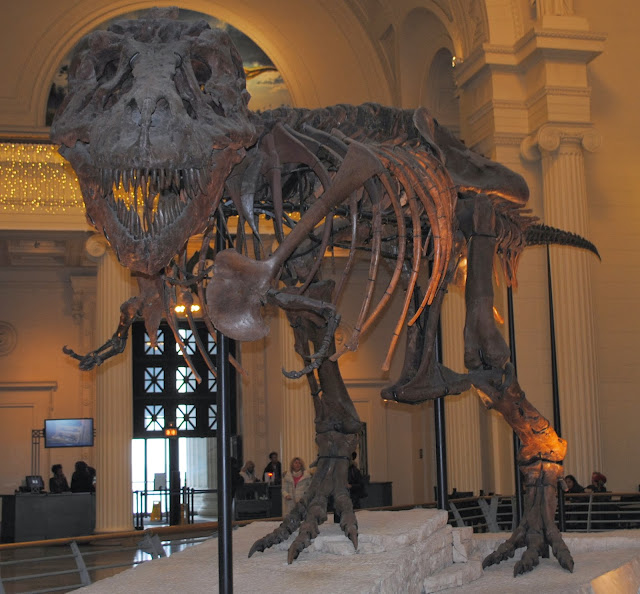 But the thing that excited me the most was these two guys.  Meet the Tsavo Man Eaters. 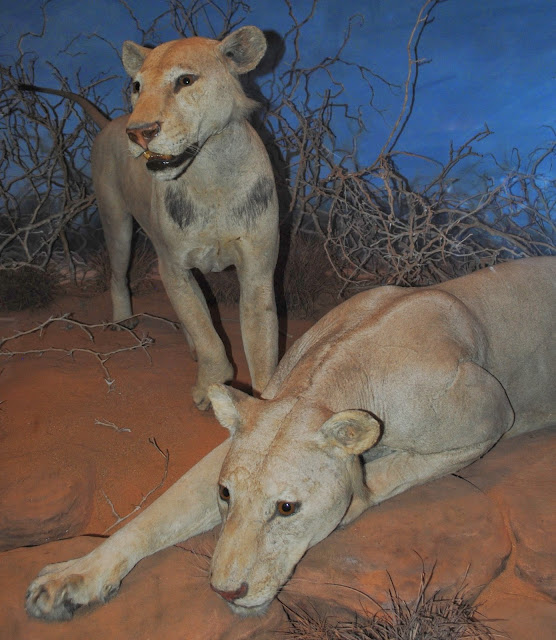 These two adorable lions are the most prolific man-eating lions in history, picking off 135 railroad works off in Africa.  Despite having no manes the lions are both male.  They believe the lions first developed a taste for human flesh by feasting on Hindu funeral pyres that had been left by the river.

Now, one would think that it would be the most viscous ferocious of the Lions would be the ones that would feed on human, but actually the opposite is true.  Weaker and sicker Lions are usually the ones that become man eaters.  Apex predators like lions and sharks generally do not like to eat people, they are too bony and lean compared to the prey they normally eat.  Some feel that the Tsavo lion murder tour was the caused by a damaged tooth in one of the lions, preventing him from hunting faster stronger prey. 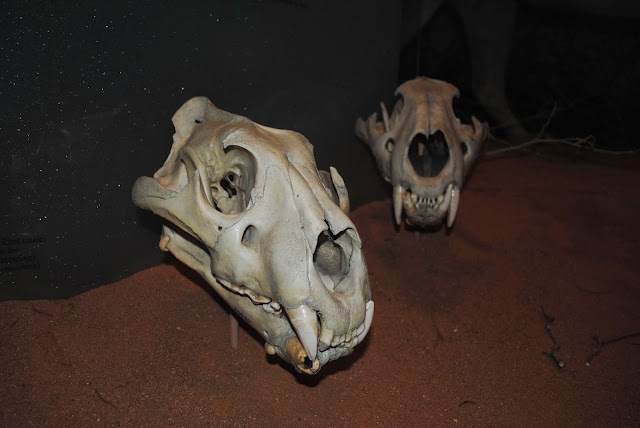 The Man Eaters were hunted down by John Henry Patterson, an Irish Author and Hunter.  The Lions spent 25 years as his rugs, but then donated them to the Field Museum, where they can be seen in all of their glory.

There is another Man Eater at the Field Museum.....

Meet the Man Eater of Mfuwe! 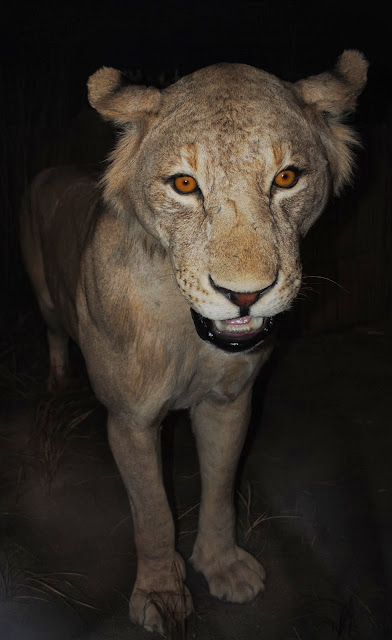 Another maneless Lion (apparently baldness leads to murder in the Lion Kingdom) who had a love of man meat.  Unfortunately for Mr. Mfuwe he only ate 6 people, so he is relegated to the food court in the basement of the Museum and not the main exhibit Hall.  One interesting thing about the Mfuwe man eater is that wherever he went he carried around a bag of laundry he stole.  This behavior lead to locals believing him to be either a demon or a shape-shifting sorcerer. 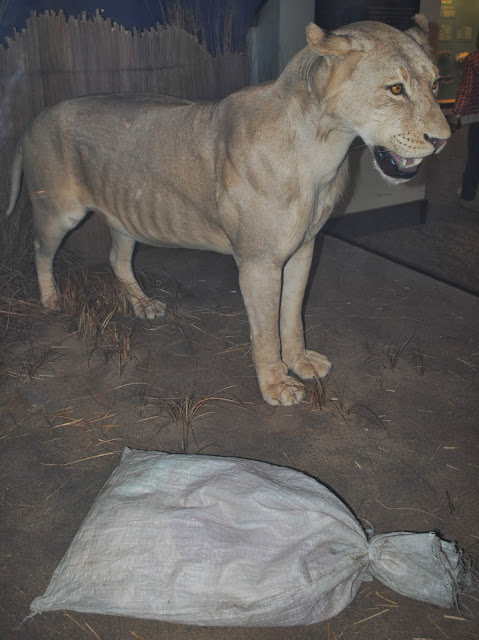 Other notable taxidermied animals at the Museum are Bushman, the famous gorilla from the Lincoln Park Zoo. 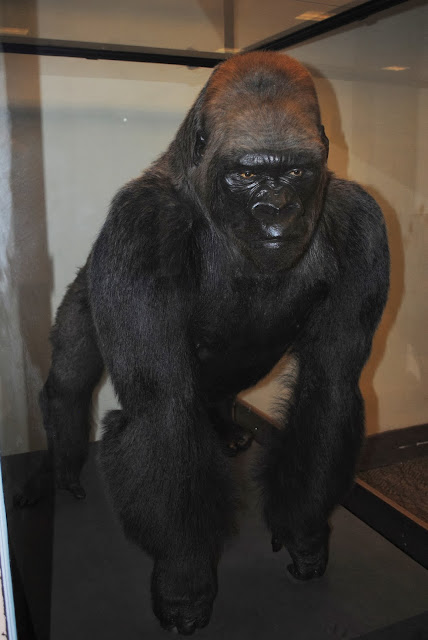 Also, they have Sun Lin, the first Panda to ever live in America.... 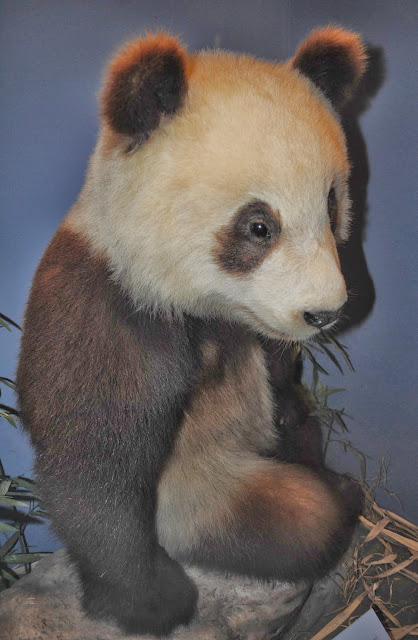 I am a huge fan of celebrity taxidermy.  I think all famous animals should be stuffed so that they can live in immortality.  The Field Museum seems to understand this.

While seeing dead animals at the Field Museum was awesome, we also took the opportunity to see live animals.   In what is becoming an annual tradition we went to the Milwaukee Public Zoo for the second year in a row during a snow storm. 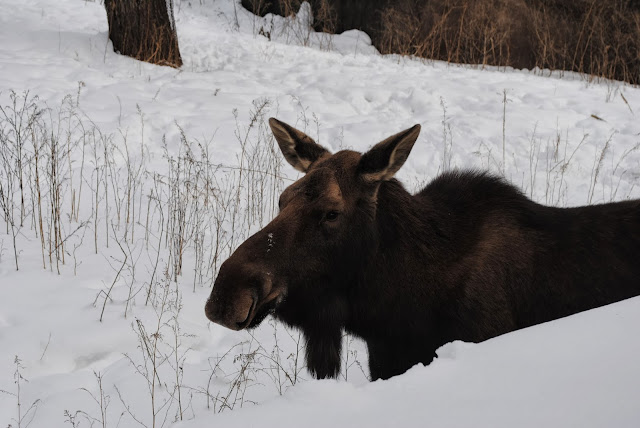 The awesome thing about going to the Zoo in the snow is that there is no one else there and the animals seem more relaxed and alive.  They seem to be less shy and more willing to come out when there is no one there.  Plus, as a cold weather zoo, they have excellent indoor enclosures. Check it out. 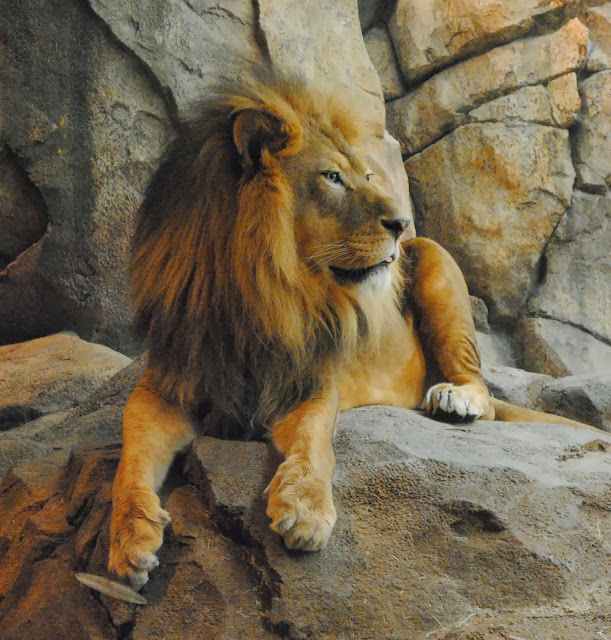 To my knowledge this Lion has never eaten anyone. 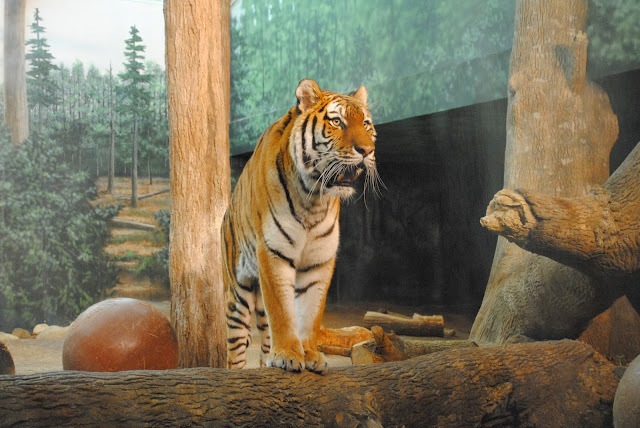 The only downside to visiting the zoo when it is 10 degrees is that we had to skip the arctic blast booth. 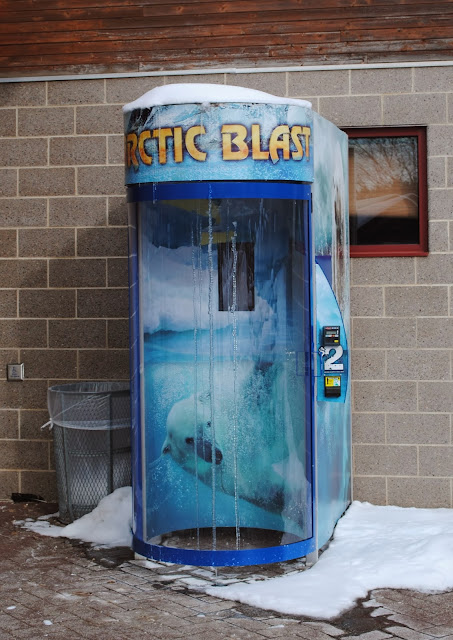