I have actually had several people ask me if I had ever seen this place and I certainly have.  I stumbled upon it by accident, which is always the best way to find things.

While driving through Northern Illinois heading into Wisconsin my family saw something peculiar.  A giant golden Egyptian pharaoh poking over the tree tops.  This was not something I was willing to let slide or ignore, so after doing some tricky back roads driving we finally located the source, which was unsurprisingly a pyramid. 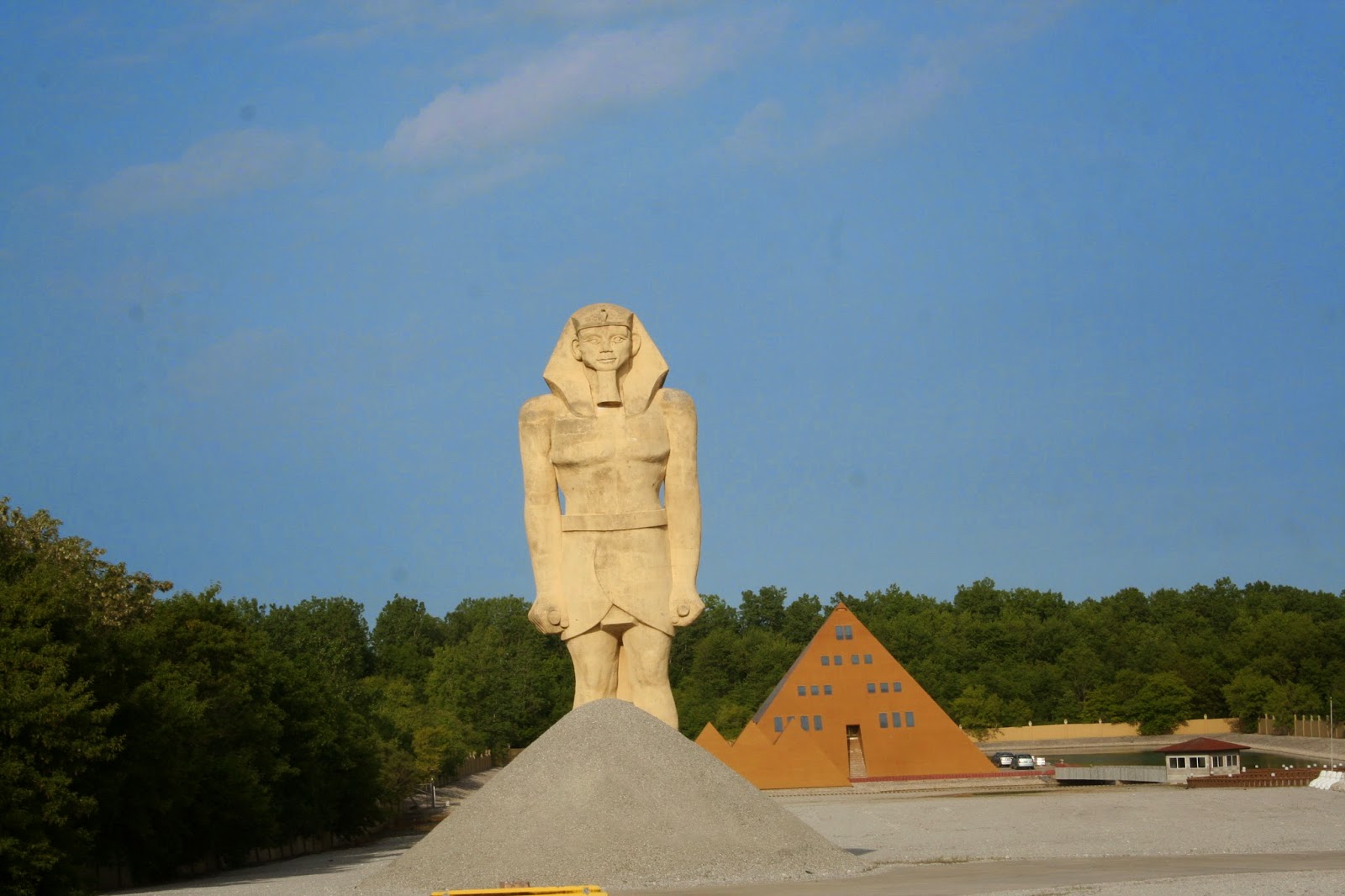 So yes, in Wadsworth, IL, there is a pyramid with a giant statue outside.  And when I went by it was locked up tight. 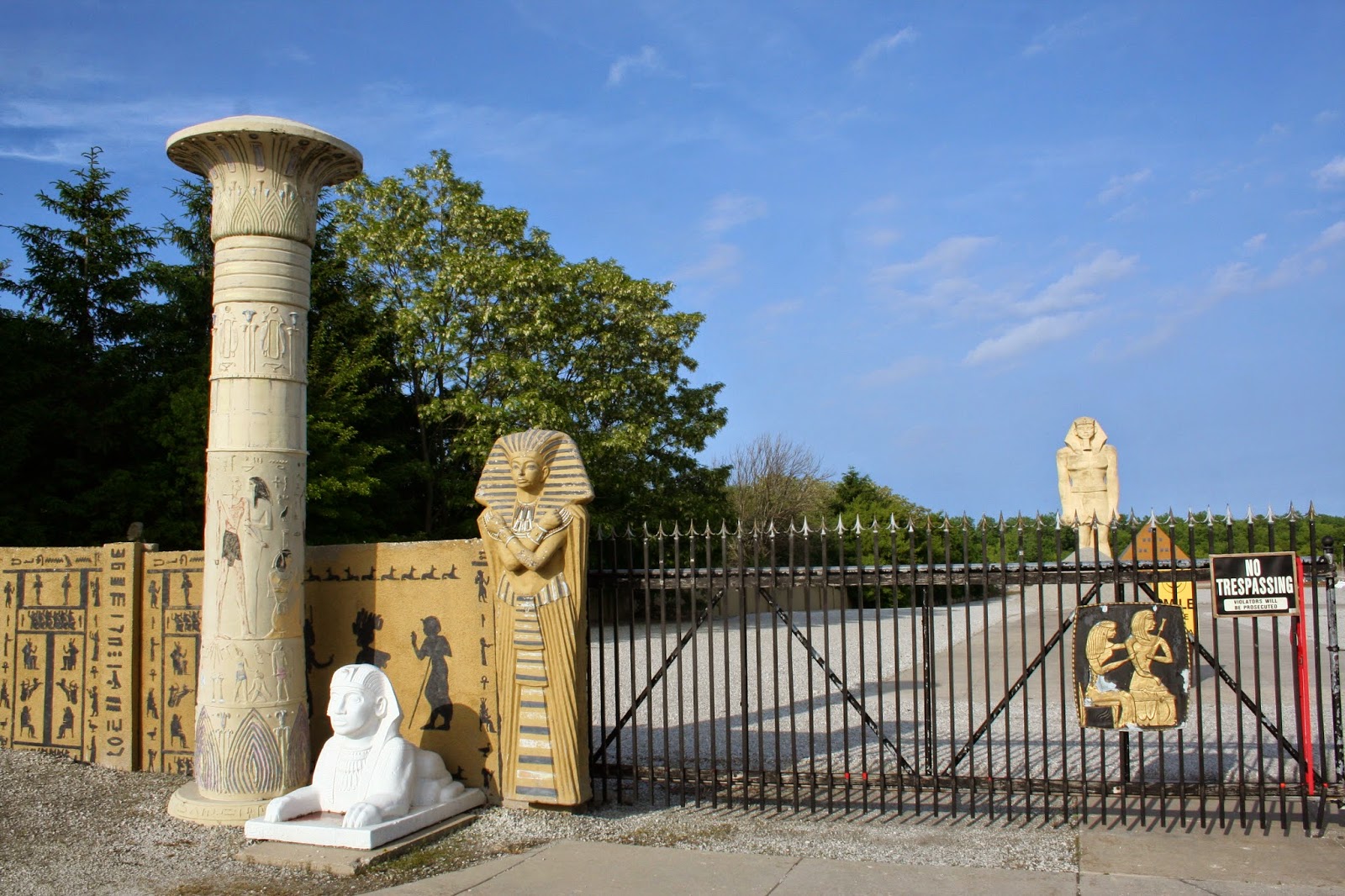 They clearly were not excepting visits at the time. 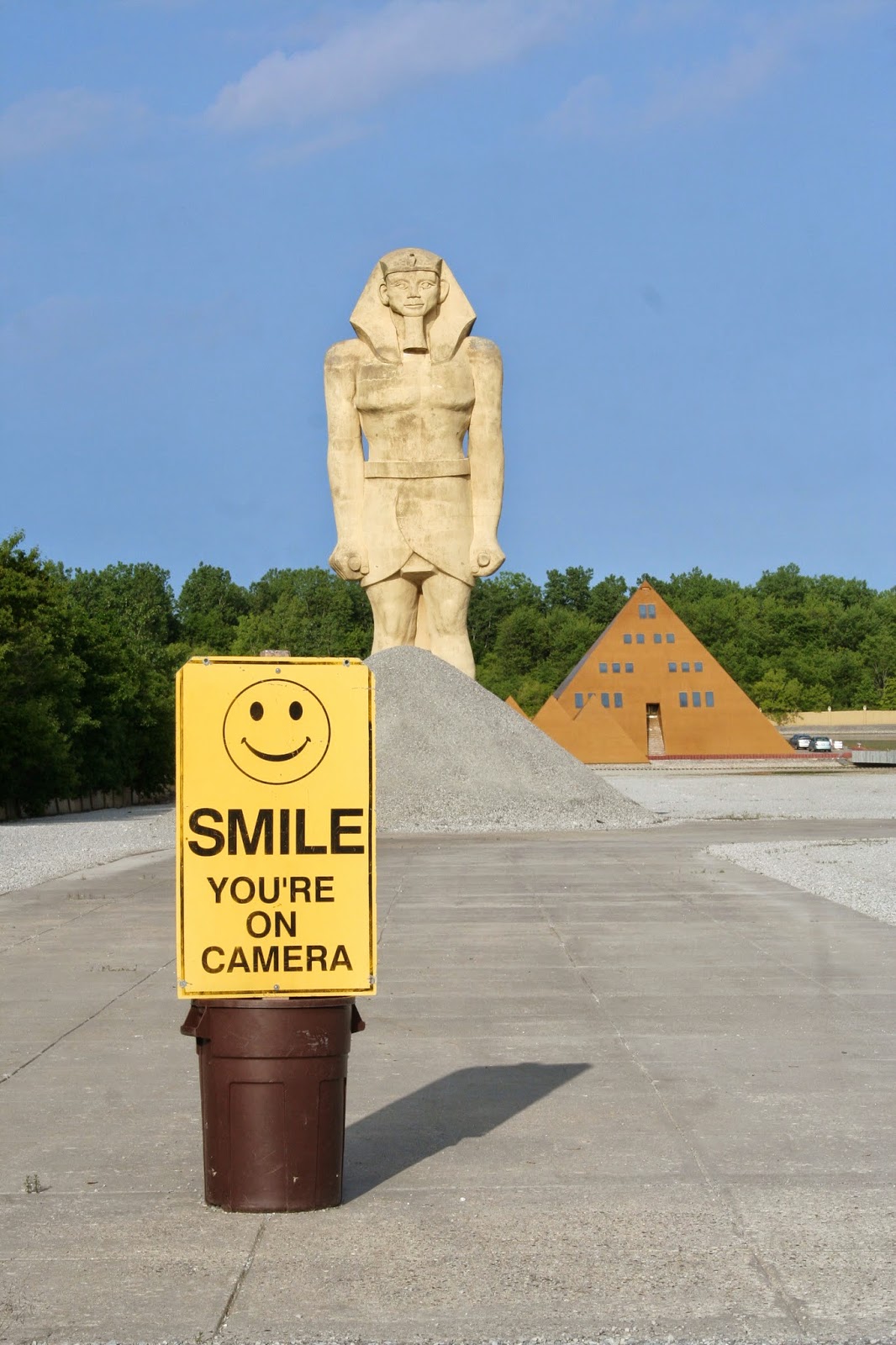 Put it gets a little bit stranger. 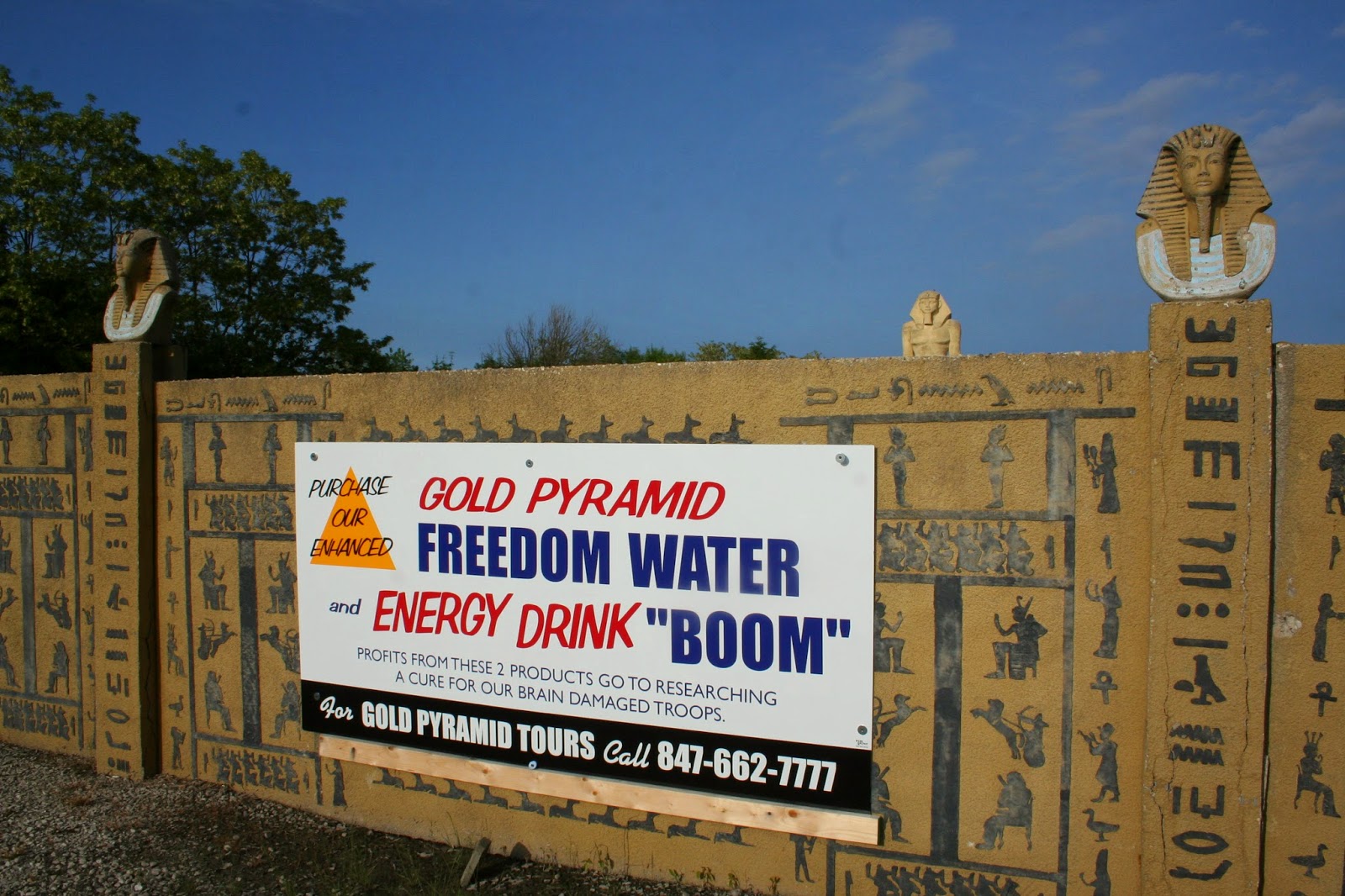 Apparently they were selling both "Gold Pyramid Freedom Water" and "Energy Drink Boon".   They did not appear to be selling these drinks on site.  And notice, that proceeds go to helping brain damaged troops. 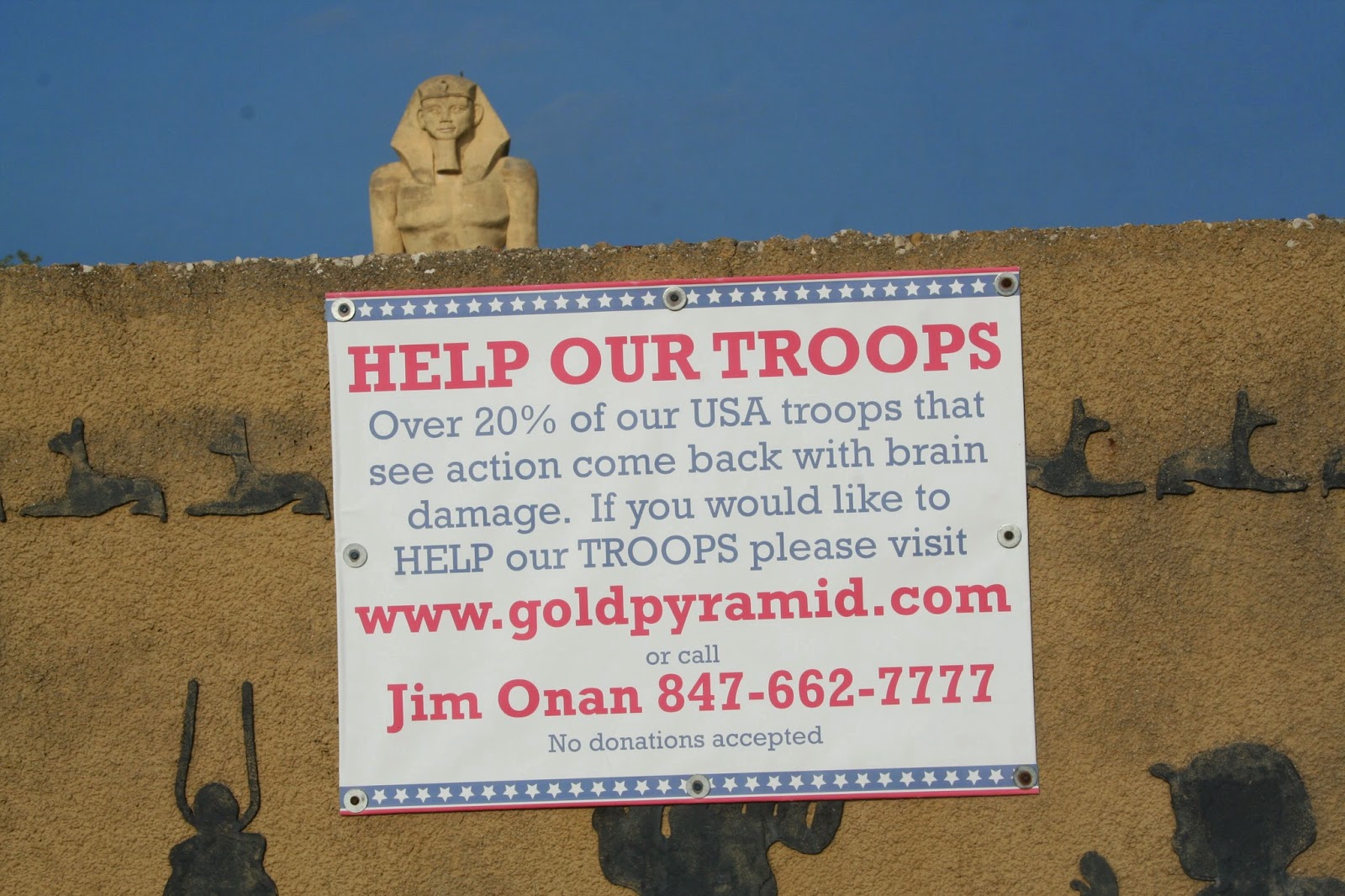 These pictures were taken back in 2009 so I looked for information on the website.  Apparently the pyramid is now open for business and they give tours.  It appears to be full of Egyptian style artifacts.  However, there is no mention on brain damage research or the mystery beverages anywhere on their current website.

And I can't forget my Flickr Photostream, where all this got started.
Posted by Jacob at 7:08 PM