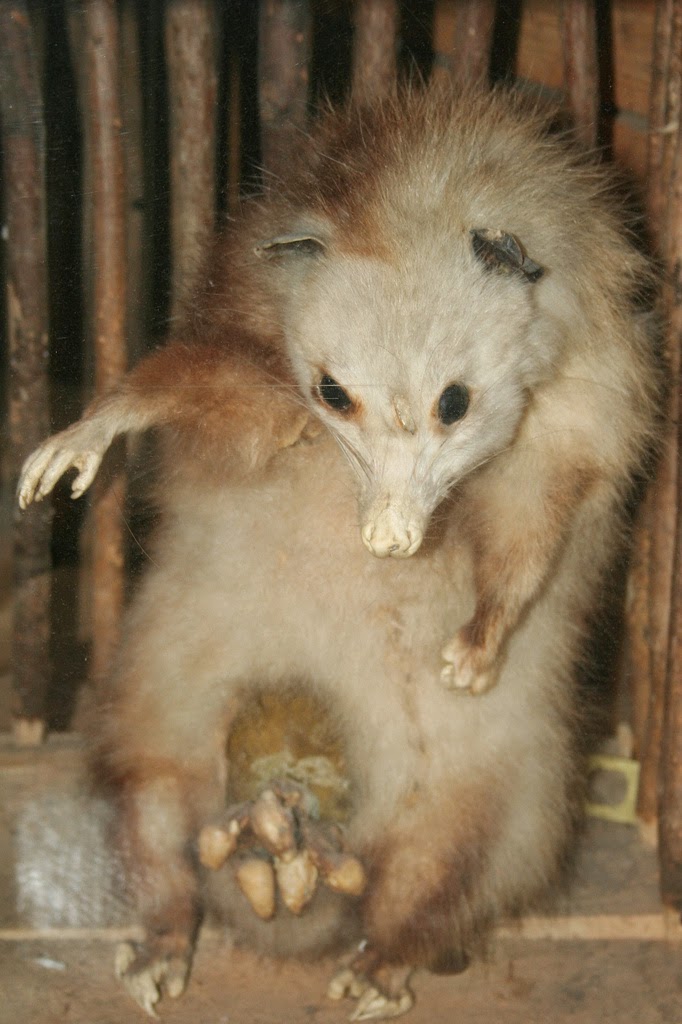 As we previously established, The Possum is the Official Animal of the South.  I decided to take some time to celebrate  some of the famous Possums throughout history.  Sadly, there are not a lot of living breathing Possums that have achieved eternal fame.  For that reason I had to make the decision to include some fictional Possums on this list.  Please note, these are Possums that existed in works of Fiction, and not Possums I just made up to pad my list. 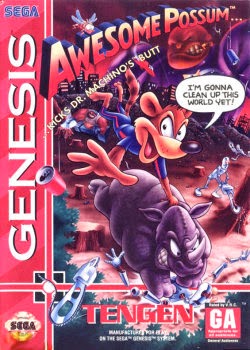 Representing the genre of Video Games we have Awesome Possum, who starred in the Sega Genesis
game "Awesome Possum Kicks Dr. Machino's Butt".  It is notable in being possibly the only Genesis game with the word "Butt" in the title.  In all honestly its essentially a cheap ripoff of the more famous Sonic the Hedgehog (Hedgehogs get all the love).   Also, he looks nothing like a Possum and appears to be some sort of skinny brown raccoon.  When I was in middle school I actually spent money on this game and beat it in one night.  The game was notable for Awesome's smart ass voice clips.  Also at the end of the game the joke is completed as he turns Dr. Machino around and literally kicks him the butt.

Entering the world of Comic Books we have Pogo the Possum.  Pogo was the star of his own comic strip that for a staggering 60 years from 1913-1973.  Created by Walt Kelly, this Possum actually has his own museum inside the Okefenokee Swamp that the comic was set in.  I have to stop again and point out that he does not actually look like a Possum.  Have these people ever seen a Possum?  The tail looks right, but what is up with his head and nose.  He doesn't have the long nose and alligator jaw that makes real life possums so loveable. 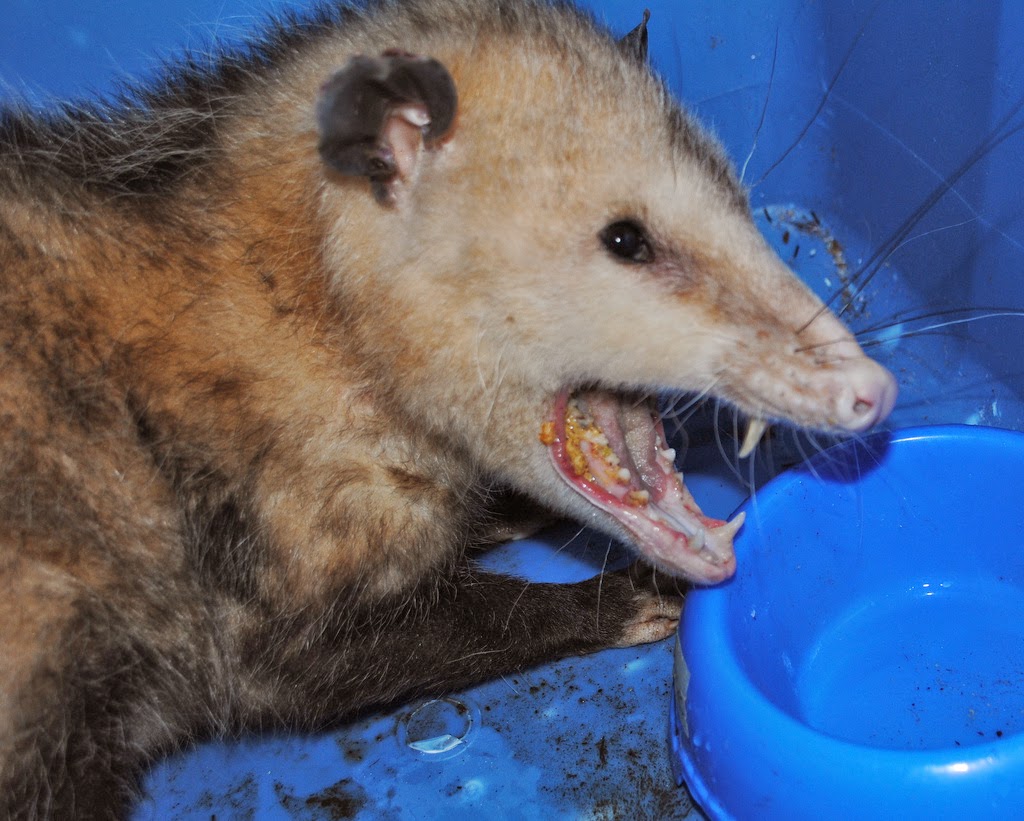 As far as I can tell, Pogo is the first instance of the Possum entering mainstream culture.

Despite the fact that Possums are the official animal of the Southern United States, this international famous Possum hailed from Germany.  Heidi was made famous by one very distinct feature:  her crossed eyes.


The German zoo that kept Heidi refused to to treat Heidi any different form the other animals and refused to capitalize on her internet fame.  It is a big mistake if you ask me.  Heidi t-shirts, cute little cross-eyes plushes, she was a license to print money.  Fortunately, the stogy German zoologists broke down and let her appear on the Jimmy Kimmel show where she was inexplicably asked to make Oscar predictions.  She only missed one prediction.  Sadly, Heidi died at the young age of 3 back in 2011.

Heidi's signature crossed eyes were caused by fatty deposits behind her eyeballs.  The stogy German zoologists stated that this was likely caused by Heidi having a poor diet in the wild.  Heidi must have been a particularly bad eater, coming from a species that's diet consists entirely of garbage.

Last month the world was set on fire with the debut of Otey the Swamp Possum, who is the brand new mascot for the Little Rock, AK minor league baseball team, the Travelers.   Otey was inspired by the hordes of Possums that lived underneath the bleachers of the stadium, living on stadium garbage and lapping up spilled beer.  Not everyone loves Otey, however, as some feel that his "Hillbilly" look is stereotypical and bad for the image of Arkansas.  As one facebooker commented "A toothless Meth Head would be less offensive".

I must say, unlike Pogo and Awesome up there, Otey's creators definitely nailed the Possum look.

Opie is another costumed mascot Possum.  His exact roll remains a mystery to me, as a google search reveals nothing, but a picture I myself posted on Flickr. 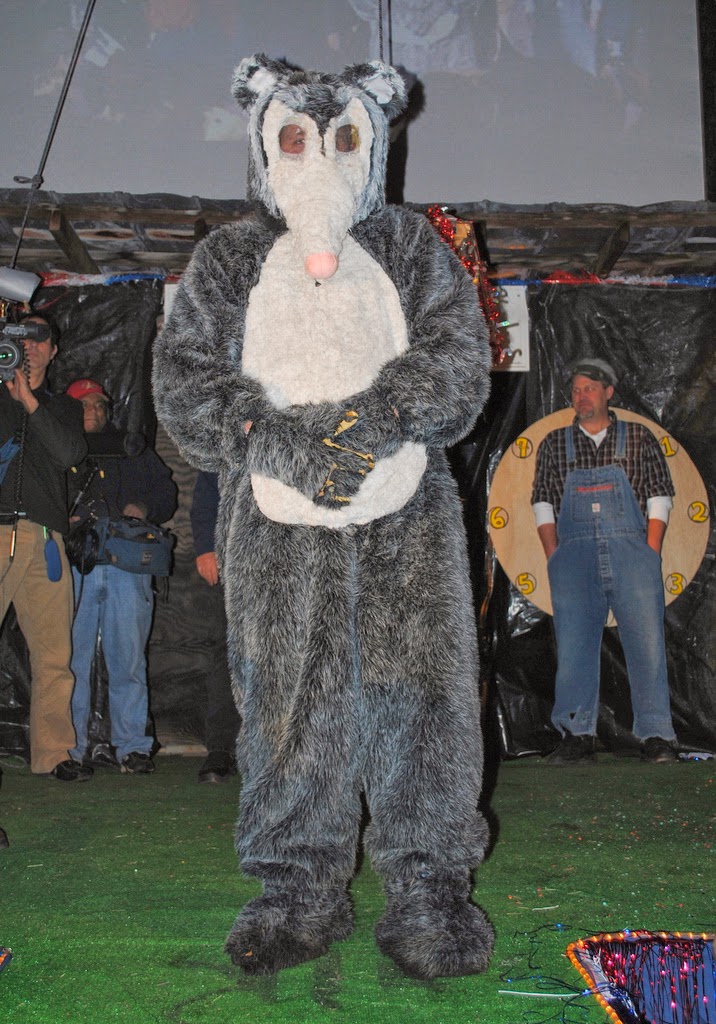 I encountered Opie at the famous annual New Year's Eve Possum drop that takes place in the Possum Capital of the World Brasstown, NC. 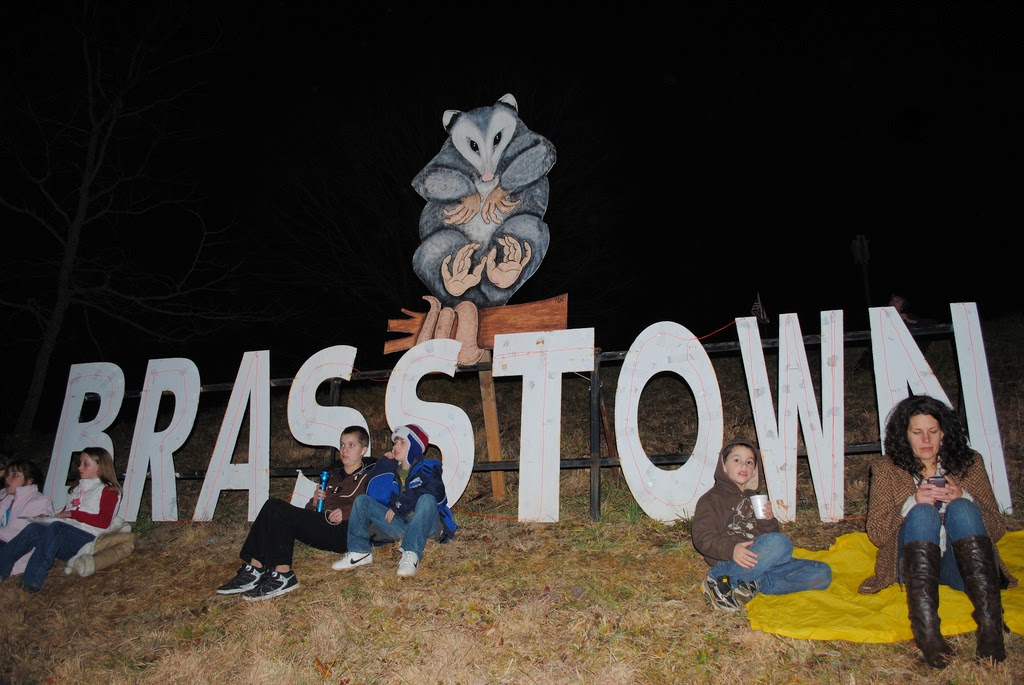 My full experience at the Possum Drop is chronicled in my earlier Possum post.  During the festivies Opie was trotted out on stage as the MC stated that children could have the pictures taken with Opie the Drug Free Possum.  I'm not sure where the "Drug Free" name comes in, although I admit no one wants there children to get their picture taken with Opie the Drug Addled Possum.

Opie's suit is not as slick as Otey's, but you have to admit it has an earthy charm to it.  He looks like he smells like a real Possum.

Warning!  This one ain't for the faint of heart, turn back now if you have a week stomach.

Back in 2012 a 19 year old skate boarder was going for a walk along the beach in San Diego and stumbled across this.


The monster was quickly and fantastically dubbed "The San Diego Demonoid".  The boy who found it along with amateur cryptozoologists believed this animal to be a relative of the legendary Chupacabra.

However, much like every time a naked coyote or raccoon is found in Texas, the Chupacabra myth tends to not to live up to the hype.

As people begin to point of that as wicked and scary as the Demonoid looked, it was actually just a rotten Possum backing in the sun. Take a look at this Possum skull if you have any doubt. 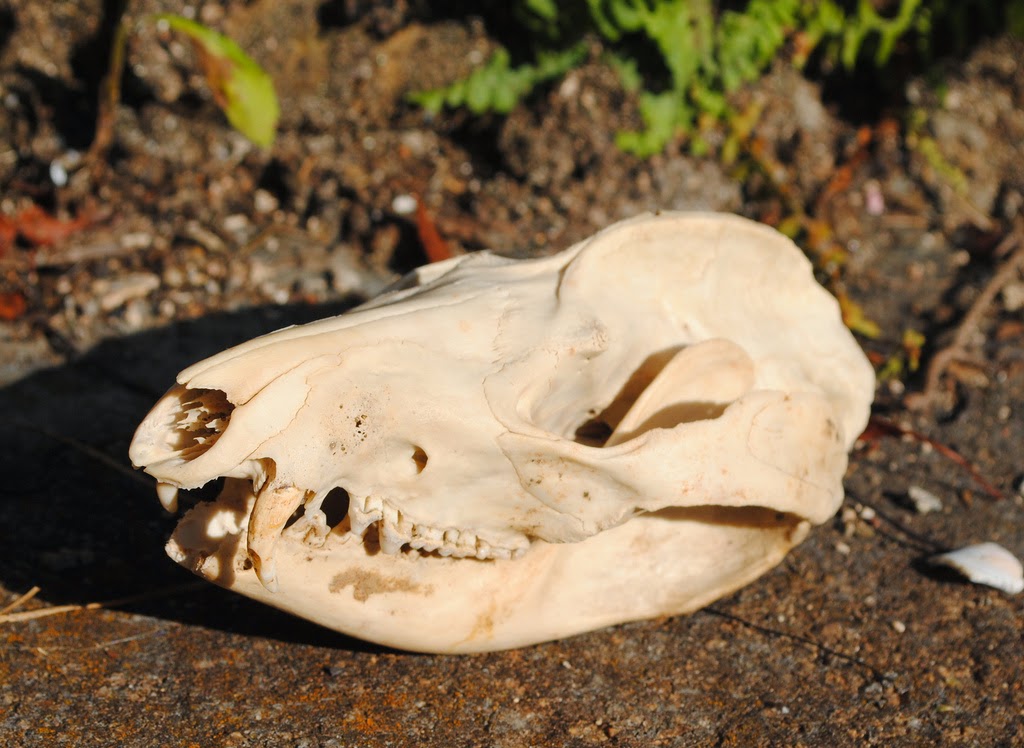 This is very similar to the Montauk Monster, who turned out to be a raccoon.  The lesson to be take away here is that half rotten animals look really freaky.

And by the way, for all you Chupacabra fans out there, remember:  A chupacabra looks like this. 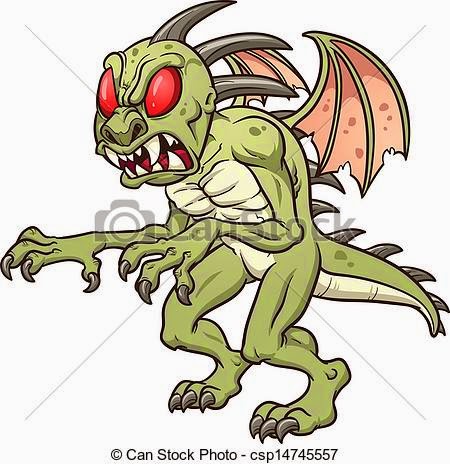 Finally, we finish with the two presidential Possums, owned by the 23rd president of the United States Benjamin Harrison.  No, he not the one that died in 30 days, that's his Grandfather William Henry Harrison.  Benjamin may not be the most well know of the presidents, but he was actually and extremely early proponent of civil rights.  He was also an animal lover and kept two Possums in the White, which actually traveled with him in train rides across the country.

I must say: Mr. Protection and Mr. Reciprocity!  Could there be two more awesome names for Possums?