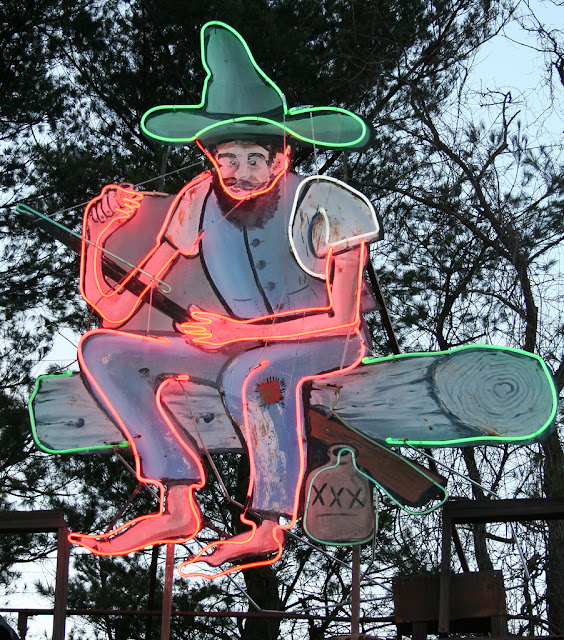 Previously I talked about how Native Americans on the nearby Indian reservation often use racial stereotypes as a way to market to tourists. 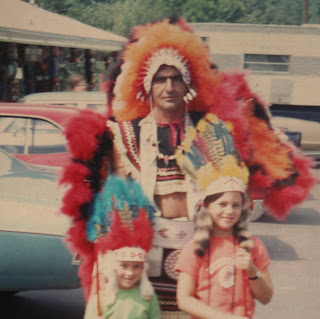 Native Americans are not the only cultural group who use their own stereotypes to make cash in the mountains. 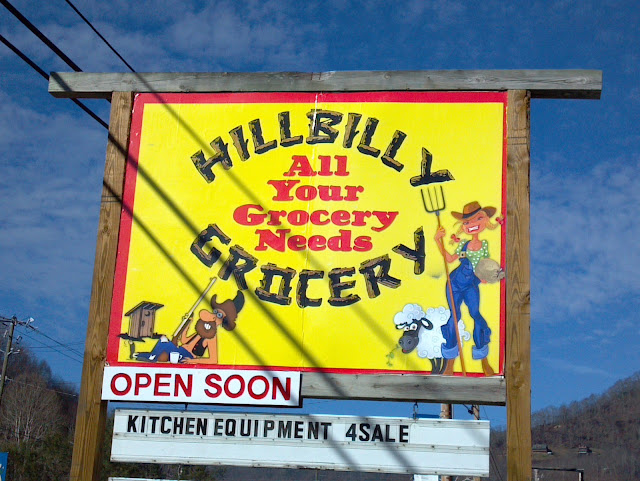 Here in the Mountains, Hillbilly imagery is everywhere.  Let's take a second to see what makes a Hillbilly 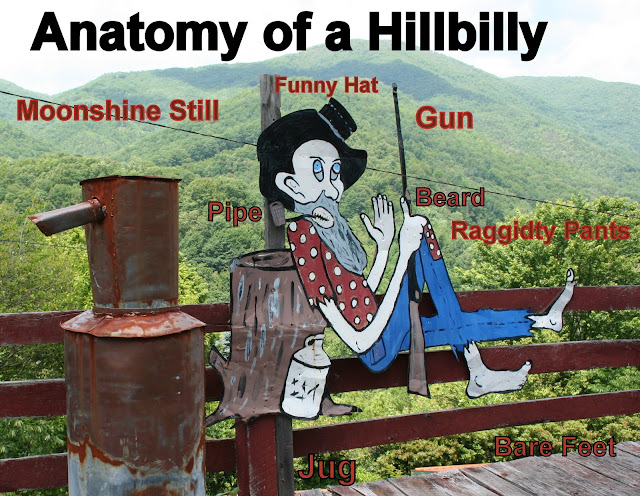 There he is, the Hillbilly, the being that embodies the Mountains to most of America.

Around here, The Hillbilly can be seen as a way to attract tourists to roadside attractions. 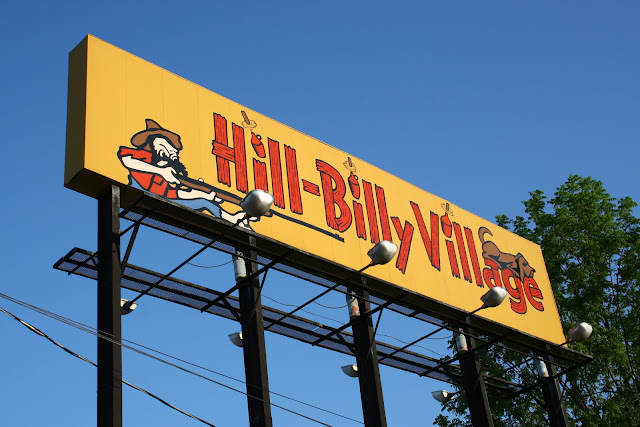 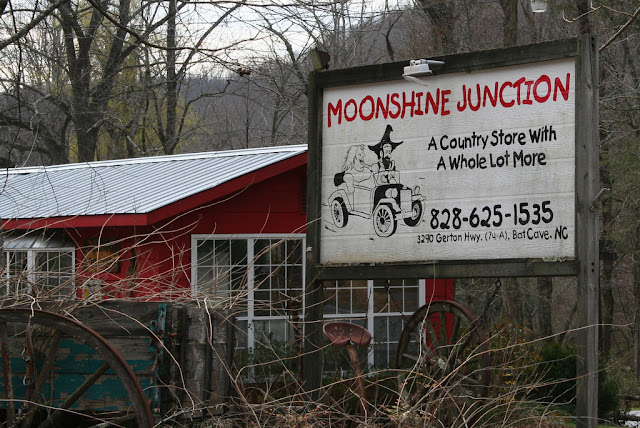 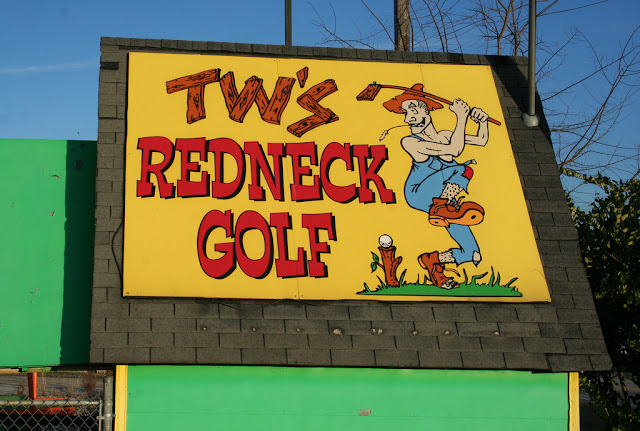 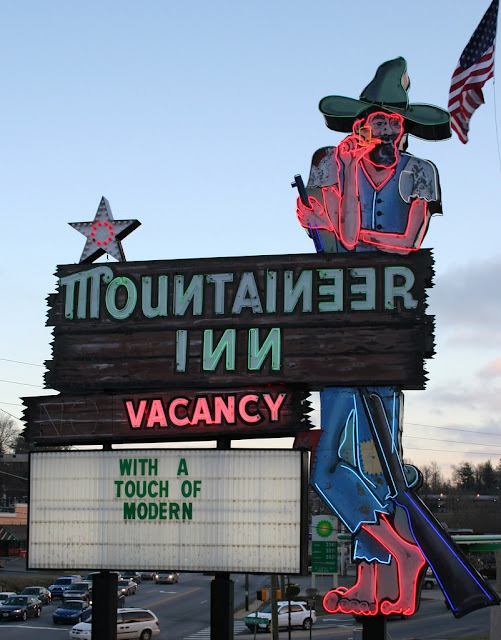 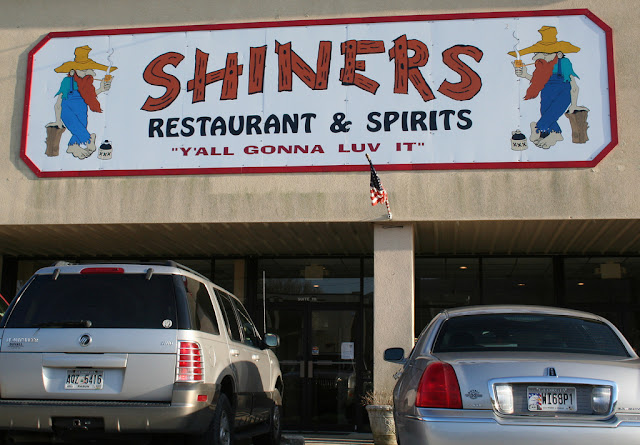 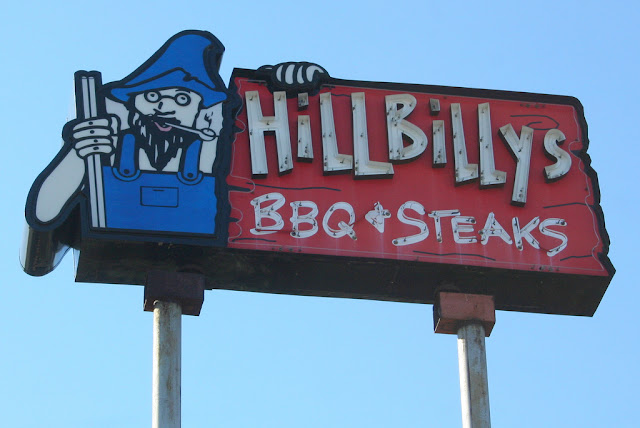 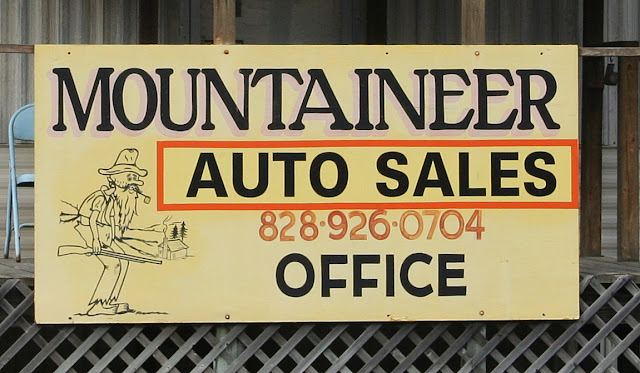 Even the local high school uses a Hillbilly as its mascot, although they use the politically correct term "Mountaineer".

Yes, that is a drunken man with a shotgun representing an institution of learning.

Here is the High School Mascot taking out his natural arch rivals:  Black Bears and Satan.... 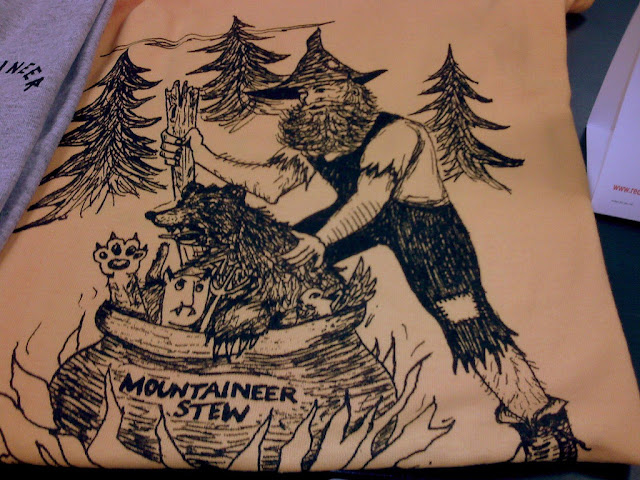 Even Mountain Dew used to use the Hillbilly Stereotype as their logo.  "Mountain Dew" itself being a slang term for Moonshine.  In recent years they have revived their old Hillbilly image in a retro campaign. 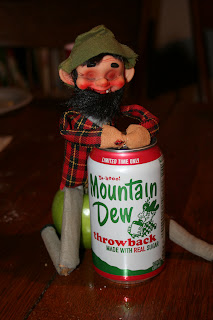 I guess the real question is:  Isn't this offense?  Isn't the Hillbilly an outdated stereotype?

Take a look at this image: 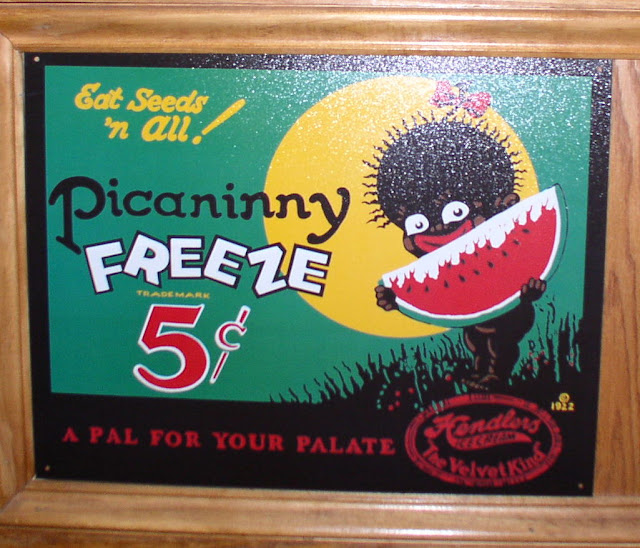 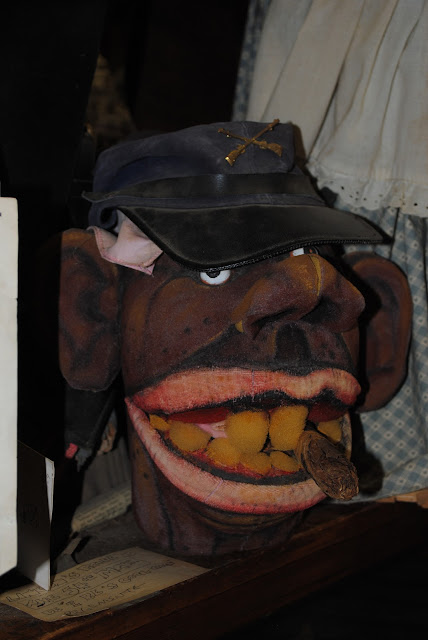 I feel pretty comfortable saying that those two images are incredibly offensive portrayals of African Americans.  They are images from a past time that have no real place in modern culture.

Now answer this question:  How is this any better? 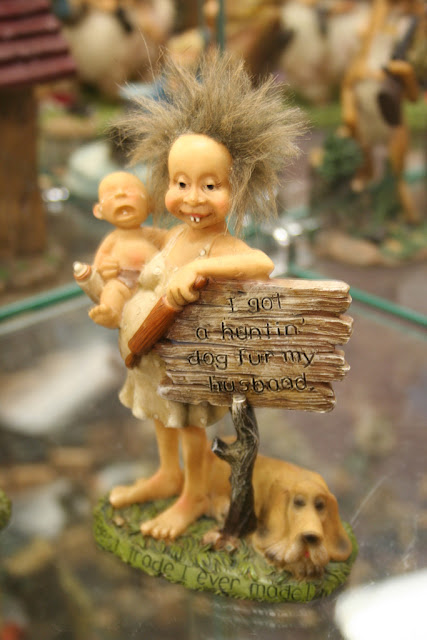 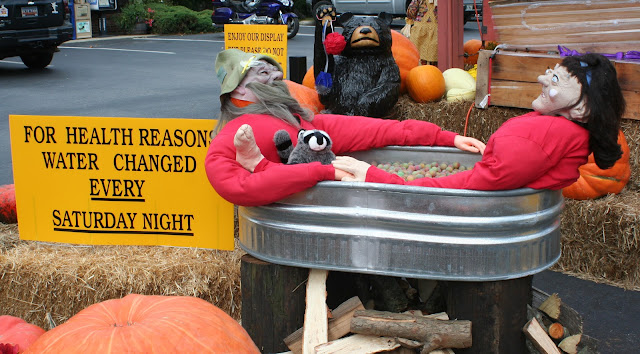 It seems that while most people can agree that the black caricatures are insensitive, no one seems to be bothered by the hillbilly imagery.  Essentially the Hillbilly is a stereotype of the poor Southern white.  Even if you go back and look at the Native American stereotypes they seem less offensive then the Hillbilly stereotypes on the surface.  While the Native Americans are portrayed in an inaccurate and stereotypical way, it doesn't seem to be overtly negative.  The Hillbilly on the other hand is portrayed as outwardly stupid, drunk, filthy and uncivilized.  It almost seems strange that no one is offended. 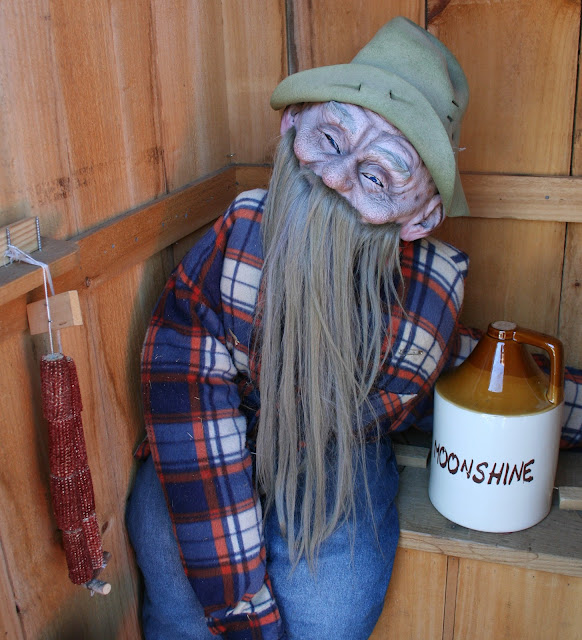 It even seems that those being mocked find the imagery endearing and funny.  You will  often here the word "Hillbilly" used as a term of pride around here.  I guess its a way to "take it back". 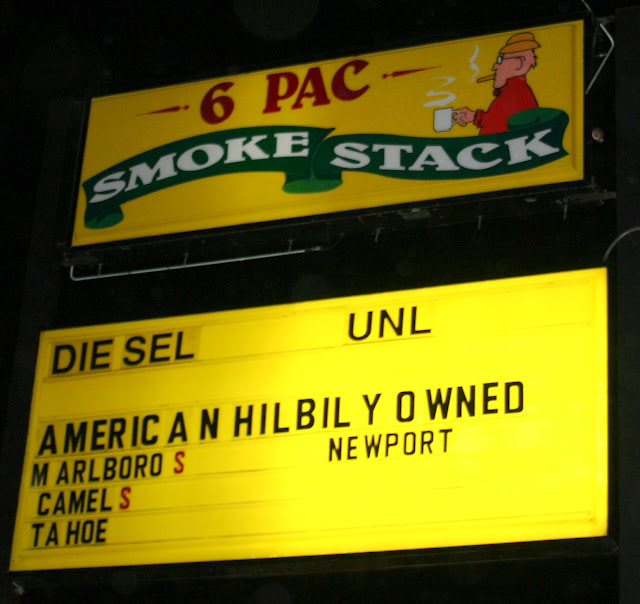 "The correct term is Hillbilly AMERICAN!" 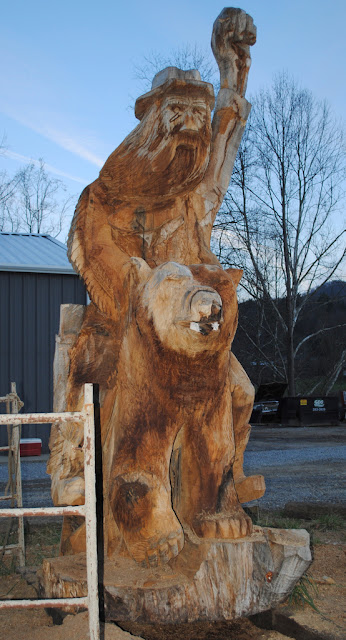 I have to give a big shout out to my buddy Rick Kilby and his awesome article on the history of the American Hillbilly check it out HERE,

I'm not going to pretend to have all the answers.  To me it is a fascinating enigma.  Either way its another confounding aspect of Southern Culture. 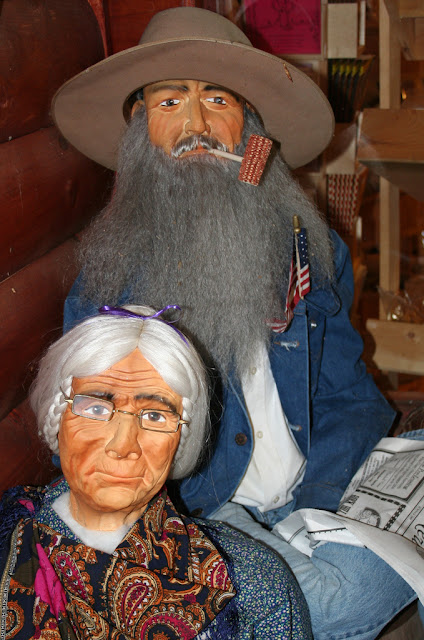