The Proud History of Hillbillies in Pro-Wrestling


Disclaimer:  None of the photos of videos in this particular article belong to me

I have talked in the past about the way Hillbilly characters have been portrayed in movies and television, but I haven't yet talked about one genre of entertainment that has always relied on the Hillbilly image:  Pro-Wrestling.  Now, as I have admitted in the past that I am a lifelong closet wrestling fan.  I just can't stay away from this lovely mix of violence and drama.

I won't be inducting any of these men into The Hillbilly Hall of Fame, as they are essentially actors portraying Hillbillies (further research will have to go into finding wrestlers who are Hillbillies in real life).

One may say that using Hillbilly characters in pro-wrestling is stereotypical and offensive.  However, anyone who has been following wrestling knows that stereotype characters are plentiful and pretty much every group of people of has been made into a 2 dimensional caricature. 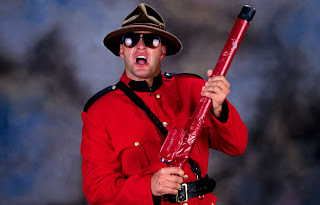 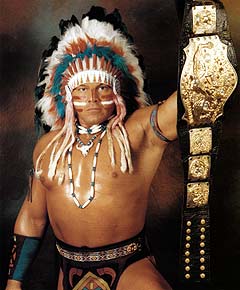 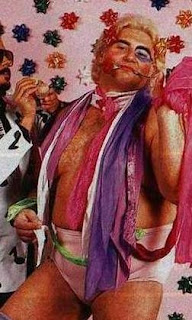 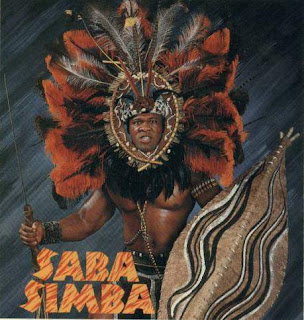 Yikes.  Cultural sensitivity has never been one of wrestling strong points.

Various "Hillbilly" characters have competed in wrestling over the years.   I wanted to take some time to look at them. 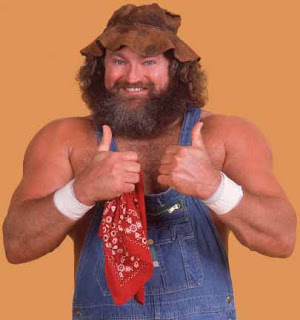 The grandaddy of all Hillbilly wrestlers, Hillbilly Jim appeared in the early eighties.  Being a walking stereotype, he was portrayed as goofy and uneducated, but he was always a good guy the fans could cheer for.  He was actually introduced on screen by Hulk Hogan, possibly the most famous wrestler ever.  Hillbilly Jim even had an extended family of goofy hillbilly relatives that joined him in wrestling:  Uncle Elmer, Cousin Luke and Cousin Junior.  These were their full ring names, so apparently, in Hillbilly culture your proper name includes how you are related to someone.  Nothing to offensive here.  Hillbilly Jim fit right into wrestling at the time, with its cartoon-like characters. 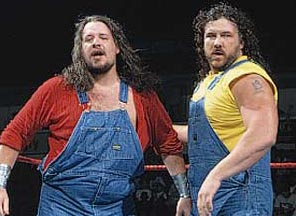 The Godwinns were the next generation of Hillbillies in wrestling.   Henry O. Godwinn debuted in the early 90s and was stated to be a pig farmer from Arkansas.  (Get it? His initials are HOG).  Henry would carry a bucket of "slop" to the ring with him and would dump nasty crap all over his defeated opponents. 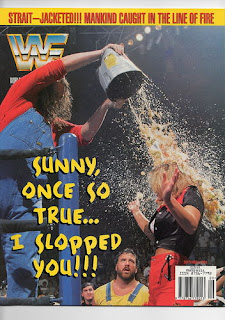 Henry would soon be joined by his cousin (how come Hillbillies always have cousins instead of brothers and sisters?)  Phineas I. Godwinn (Get it?  His initials are PIG).   Phineas was basically portrayed as having the personality of a young child, foolishly falling in love with an evil female manager named Sunny who would take advantage of him.  Hillbilly Jim would even come out of retirement and manage the Godwinns, passing the Hillbilly torch onto them.  The Godwinns would fill a similar role to that of Jim and his family, they were goofy good guys that the kids could cheer for.  They would square dance together in the ring to celebrate their victories.  As the tone of wrestling begin to change and its demographics shifted to older fans the Godwinns changed their schtick. 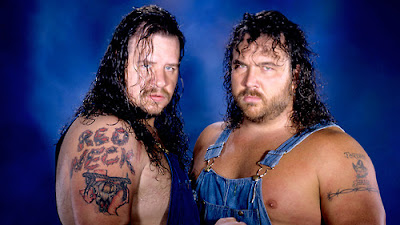 No longer were the Godwinns happy-go-lucky friendly Hillbillies, they removed their shirts and became scary Deliverance style hillbilly villains.   They would would even ditch poor Hillbilly Jim and replace him with the scarier "Uncle Cletus".  (Again with the relations-as-title thing). 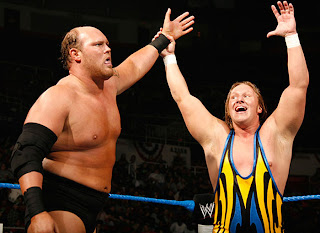 We head into the 2000s and return to the warmer crowd-friendly Hillbillies:  Jesse and Festus.  While they lacked the trademark overalls of past Hillbillies, there is not doubting  their Hillbilly cred. Just check out their theme music, entitled "Biscuits and Gravy".

Jesse and Festus had a little more complex gimmick than past Hillbillies.  Jesse was smaller and was portrayed and a shy country boy, while the giant Festus was portrayed as mentally retarded and completely brain-dead. Jesse would actually have to hold his hand to guide him down to the ring. Festus would always be making this face and staring off into the distance. 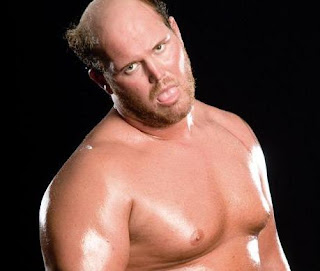 However, whenever Festus heard a bell ring he went crazy and transformed into a Hillbilly Incredible Hulk, destroying his opposition.  When he heard another bell he would revert back to his brain-dead self.  Fortunately, every wrestling match starts with a bell ringing.  In a humorous twist, bad guys would catch on and learn to ring the bell to neutralize Festus. 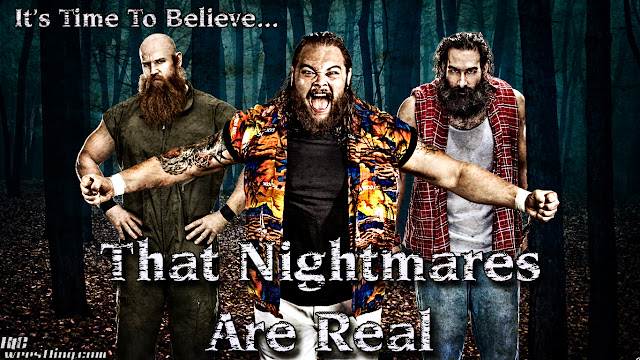 We now move into the modern era with the Wyatt family.  The Wyatts are unique from all other wrestlers listed in this article.  The leader "Bray Wyatt" is a backwoods preacher/cult leader that talks in really creepy rambling prose.  He is always flanked by Eric Rowan and Lee Harper, his two frightening Hillbilly followers.  Think Charles Manson meets Deliverance.  Oh yeah, and Eric Rowan wears a really creepy sheep mask. 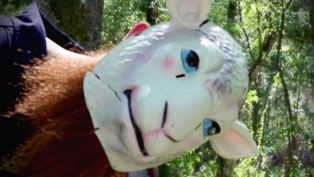 The video packages that the WWE put together for this group are some of the coolest things every seen in wrestling.  Check it out.

I know wrestling gets no mainstream respect, but that is some of the best Southern Gothic storytelling I have seen in a long time. Who says wrestling isn't a true art form?

So, that was a brief look at this history of Hillbillies in Wrestling.  I look forward to see what Hillbillies the future will bring.