I have spoke about The Redneck Renaissance, several times of the past.  Basically, the reality TV landscape has changed drastically as of late.  No longer are shows focused on petty shallow celebrities.  Now, the focus appears to be on backwoods Southerners.  Duck Dynasty, featuring a family of self professed "Rednecks" is the number one show in the nation.

This upcoming season shows some new entrants to the Genre. 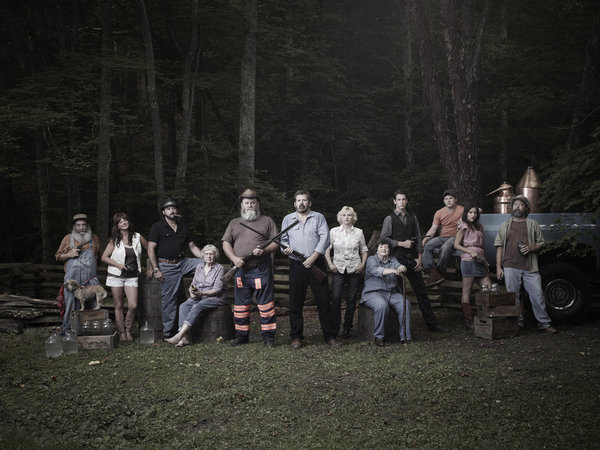 Most notably is "Hatfields and McCoys:  White Lightning" on the History Channel.  This is clearly a follow up to History's wildly popular Mini-Series about the famously feuding backwoods family.  The Mini-Series was unquestionably excellent and played like a backwoods Southern Reconstruction Era Game of Thrones.

For the New reality show we are introduced to the modern day Hatfields and McCoys, who apparently still totally hate each other after all these years.  The McCoys devise a plan on producing and manufacturing newly legal Moonshine.  A liquor exec heads to town, but is also propositioned by the Hatfields.   The liquor exec decides that the Hatfield and McCoys must work together to sell moonshine.  Hilarity ensues.  Actually, from the previews, it appears that the remainder of the season is the Hatfields and McCoys pointing gun and threatening each other.  The first episode features the patriarch of the McCoy clan going into a giant rage when he discovers that his tecky son has rigged up a solar powered moonshine still.  I think this is just weird enough to keep watching. 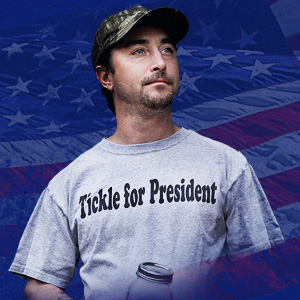 Moonshine is apparently a big thing right now, as this is not the only new show featuring moonshine.  The Discovery show "Moonshiners" gets a spin-off, when its goofiest moonshiner "Tickle" gets his own show.  The show's plot involves tickle starting his own bait shop while he illegally sells moonshine out the back.  He compares this business to a mullet: Business in the front, party in the back.  Sounds like a sound business model, except the whole putting an illegal business on TV. 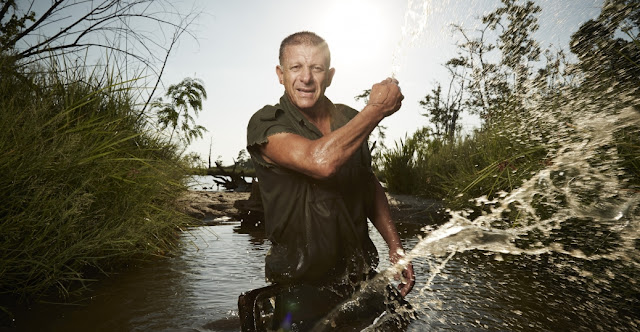 Tickle is not the only backwoods Hillbilly to get his own spin off. "The Legend of Shelby the Swampman" is a spin off of "Axe Men".  Shelby gives up logging to engage in swamp adventures including hunting swamp rats and hog hunting.  One must assume that Alligators will be involved in someway.

Perhaps the thing to be most excited about is this......


Yes, that's a Hillbilly dancing to Aretha Franklin with a really fat Racoon.  Its a work that needs no insight in its simple beauty.  But there is actually more to the story.  The Man is Mark "Coon" Brown and that is his pet Racoon "Gunsmoke".   He actually had a second viral video that involved him using "Hannah Montana Body Spray" to keep the ornery Racoon from biting him.


Sadly, Gunsmoke the Racoon passed away last January.  Mark and his girlfriend are now raising a baby Racoon named Rebekah, and are continuing to delight youtube viewers with such wonders as Mark taking a shower with Rebekah.


And here's the greatest part:  Mark is already set to start filming his own reality show.

Please feel free to e-mail me at jacobthecarpetbagger@gmail.com
and check out my Flickr Photostream
Posted by Jacob at 8:34 PM