The Road to Nowhere: The Downside of Flooding Valleys

Here in the Mountains of North Carolina and the surrounding areas there are no natural occurring lakes.  One may ask the question:  Then why are there so many lakes here?

These "lakes" are actually flooded  valleys created by the Tennessee Valley Authority, better known as the TVA.  The TVA was created in the 1930s by FDR as part of the New Deal.  This part of the South was economically destitute before the depression even hit, so the jobs its created was extremely beneficial to the local economy.  The TVA's duties were to build dams in order to control flooding and to create hydroelectric power.  Dams were built in many mountain river creating man made lakes. 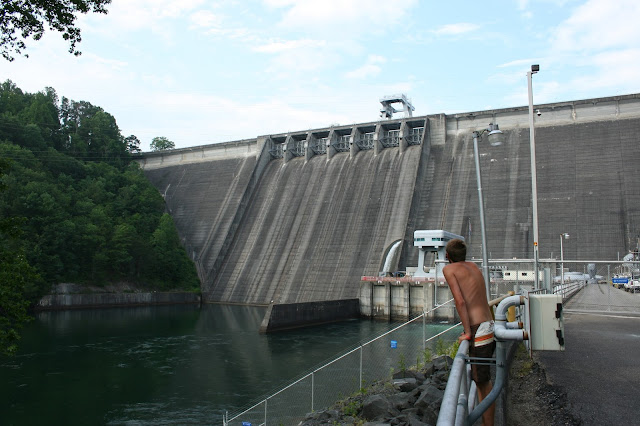 Of course nothing is black and white.  The primary problem with filling valleys full of water is that people live there.  Mountain towns were evacuated as people were forced to give up their generational homes and small farms.  These towns are now buried under millions of gallons of water.  Of course then the federal government sold off the remaining land as lakeside property where millionaires now build there homes.  So, while the building of the dams was economically beneficial to the area, the federal government continued it tradition of displacing the poor and selling their lands to the rich.

An interesting case study is the story of "The Road to Nowhere".

In Swain County NC dams were built and created Lake Fontana.  This made it necessary to flood a major track of land that included Hwy 288.  Two towns: Judson and Proctor where totally flooded out.  While at this point most the buildings are washed away, when the water is down you can see some remnants of the old towns poking out of the water.  The federal government promised the people of Swain County that they would build a new road wrapping around the lake and heading into Tennessee.  This was important to the locals because the lake now blocked access to family cemeteries.  However, during the building the the road they hit a snag over some environmental issues and the road was never completed.  This enraged locals

The half completed road is still there right outside of Bryson City, NC and is really creepy.  The road ends in a long dark tunnel that has limited visibility and is full of piles of horse crap (the road is popular for horse riding.) 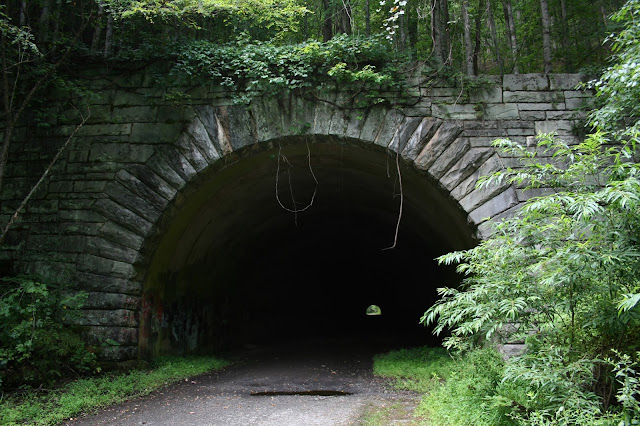 Greeting you as you arrive at the Road is this sign. 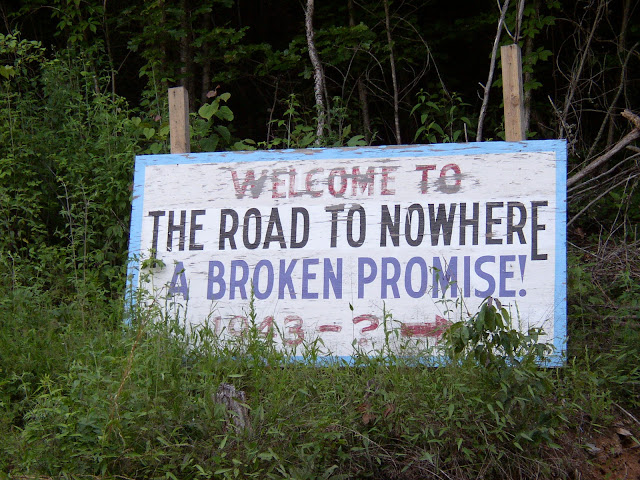 It was 2006 when I took that photo.  People are still very mad.  Bumper stickers stating "Build the Road" are common.

In 2010 the federal government settled with the people of Swain County and gave them 52 Million Dollars.  This did not make everyone happy.  Some people feel that the Government should have kept its promise and finished the road.  This incident did not help relations with an area that has always had a rocky relationship with the Federal Government.

Of course, they don't always just flood the roads to cemeteries.  Sometimes the Cemeteries themselves get buried under the water themselves.  At Lake Jocasee in South Carolina you can actually visit the underwater Mt. Carmel Cemetery as seen in this video.