The Continuing Adventures of Pauline Smeltzer

A few years back I had a wonderful experience with a lost photo album I found.  The albums featured a woman named Pauline Smeltzer and her friends and family.  I shared the photos on my Flickr page.  I was able to track down Pauline, but sadly she had died shortly after I started posting her pictures.  I have had droves of family members track me down and fill in the gaps.

Actually, it'd be better if you go check out my previous post about these pictures.

Okay, are you back?

Just when I thought the final page had been closed on this album, I received a shock when I found out Pauline's greatest secret.

Now, what we knew about Pauline was that she moved to Ohio and became a school teacher, never married and never had any children.

It turns out that may not be the case.

One thing that always seemed a little confusing was this little guy..... 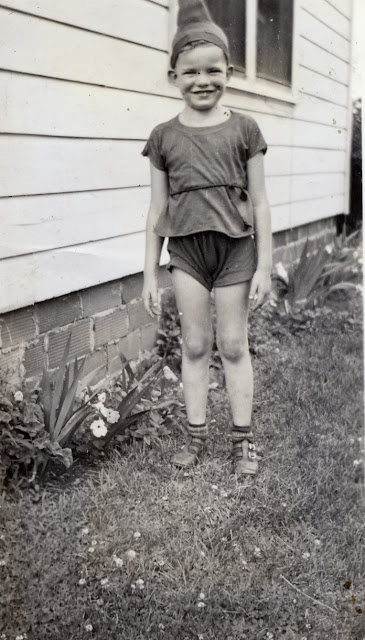 His name is Jerry Mutchler and he appeared frequently in Pauline's album.  His relationship to Pauline and his family is unclear. I initially assumed that he was her little brother, but he oddly missing from a lot of family portraits. 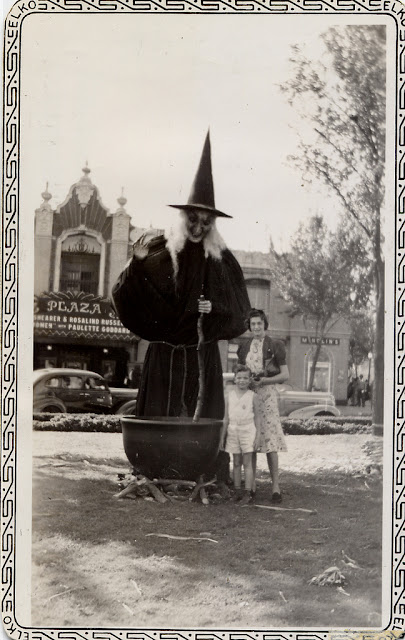 Jerry seemed oddly separate from the rest of the family, as there was a lot of photos of just him and Pauline, but at family gatherings he was often absent.

Recently, I was contacted by Jerry's daughter and she filled me in on Jerry's back story.  A story, that surprised me so much I thought that someone was pulling my leg.  However, I was shown indisputable proof, as she had the photo of Jerry in his Elf outfit, as well as another photo of him in the same outfit that I did not have.

Jerry was not a member of the Smeltzer family.  He was adopted as an infant by Clifford Mutchler and his first wife, who would die when Jerry was still young.

Pauline was listed in the 1940 census as Jerry's "Nurse", which I am assuming means that she was his Nanny.

Much like Pauline, Jerry would grow and live a long life......


In 1995 Pauline would send Jerry a letter out of the blue and inform him that she was his biological mother.  She did not say who his father was.  Jerry would try to track down Pauline, but could not locate her.

Why would Pauline hide from Jerry that she was his mother?  She was 15 years old and the unmarried daughter of a Minister.  The adoption was surely to protect her family name, but clearly Pauline found a way to keep close to her son, who she clearly had affection for.

So who was Jerry's father?  The album may have some hints to this as well.  There were some mysterious photos that Pauline and a man named Ray Chipman took of each other in the woods. Could Ray Chipman be Jerry's father?  Jerry's daughter believes so. 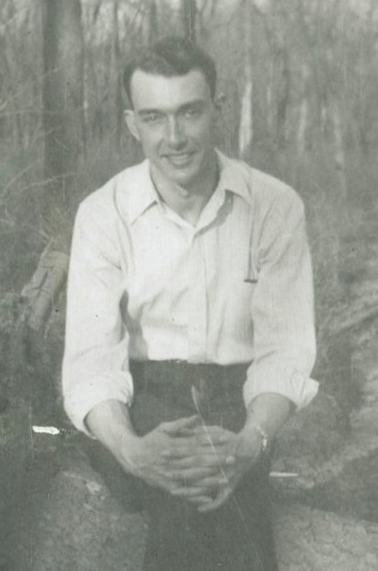 Thank you to Elizabeth Mutchler for allowing me to use pictures of her father!

Please feel free to e-mail me at jacobthecarpetbagger@gmail.com
and check out my Flickr Photostream
Posted by Jacob at 9:48 PM