Last November I went on a whirlwind 6 day roadtrip where I bounced around the South from Kentucky to Texas.  I drove an average of 10 hours a day and  slept about 3.  The rest was spent basking in the glory of the opening road.

During the last day and a half I was running low on time and I had to start axing stops of the list. The last stop on my list was the Statue of Vulcan in Birmingham, AL.  However, time and sunlight was not on my side.  By the time I arrived at Vulcan it was the dark of night, but I found it wasn't a total loss as Vulcan was a glowing icon bathed in spotlights. 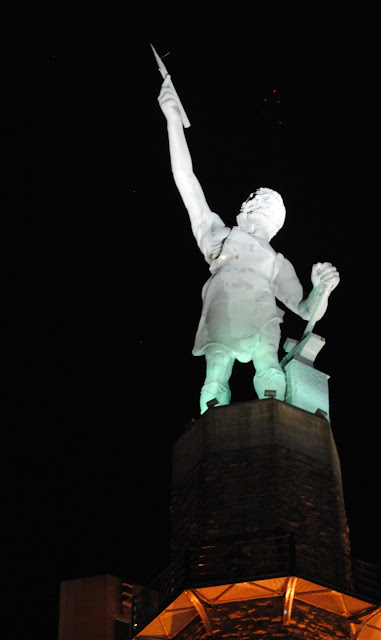 Vulcan was created in 1903 at the World Fair, which as I have found is one of the best sources of big giant useless-yet-amazing things.  Vulcan, who is the Roman God of Fire, was built to represent the steel industry in Birmingham.  The unbelievably huge Vulcan stands 56 feet and is the largest Iron statue in the world.  Sadly, Vulcan was essentially abandoned at the fair grounds for some time as he was simply to huge to move.  His spear was removed and he was used as a mascot and held up different items he was advertizing such as can of Coca-Cola and a jar of Heinz Pickles.

During the great Depression the WPA moved Vulcan to its current location on top of Red Mountain and planted on its ridiculously high pedestal. 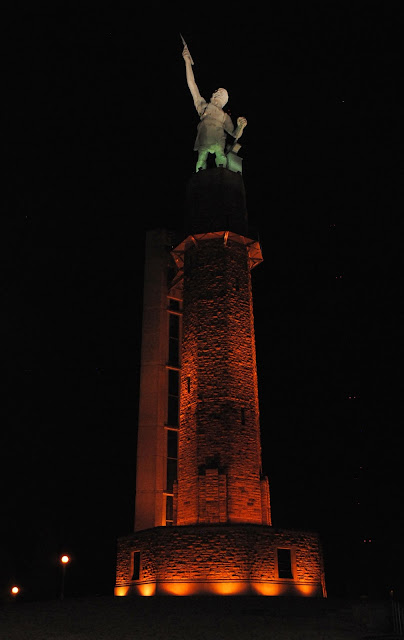 You can take an elevator to the top of the massive pedestal.  Getting off the Elevator the first things you notice is that Vulcan inexplicably has a naked ass. 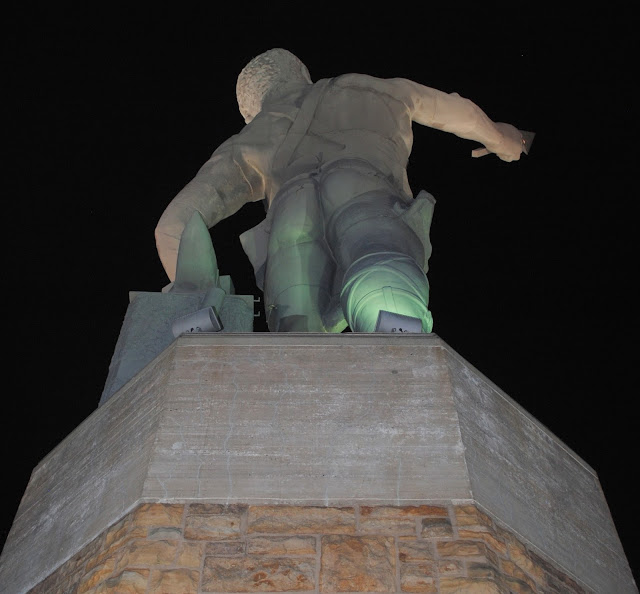 So, at the highest point in the city of Alabama stands a 56 foot states of a naked Pagan God.

I must say however, on a cold November Alabama night, the view was amazing.

It was a perfect end to an amazing trip.

And I can't forget my Flickr Photostream, where all this got started.
Posted by Jacob at 10:26 PM