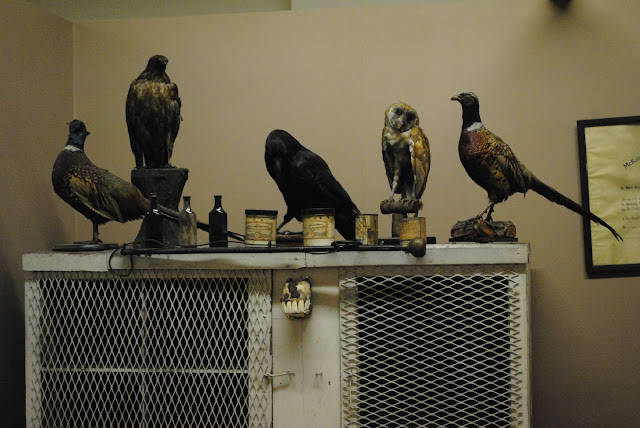 I'm a big fan of small town local museums.  Sure, a lot of it is going to be boring history and quilts, but there is almost some crazy artifact that will make your trip worthwhile.  One such museum was brimming with promise:  The Miami County Museum in Peru, IN.  (People in Indiana like to pretend they are in Florida, to help themselves feel warmer). 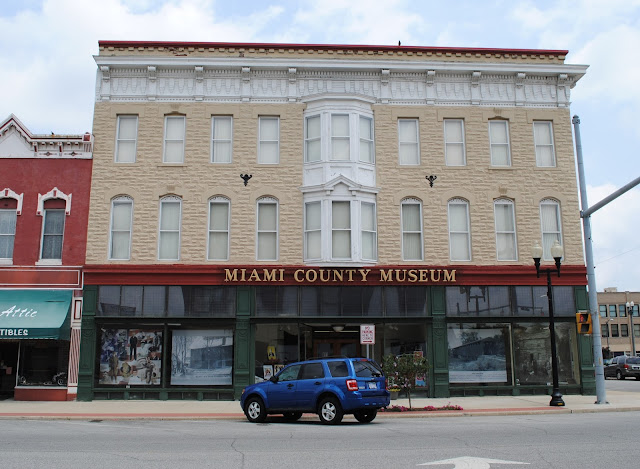 Peru Indiana bills itself as Circus Capitol of the World, which is enough to get me excited.  The main event is the Skull of Charley the Elephant.

You see Charley was a Circus Elephant, who like many circus Elephants before, he decided to murder his trainer.   After Charley joyfully drowned his trainer in a river the rest of the circus decided to kill Charley and filled his brain with bullets.

This is a surprisingly common occurrence across America, Elephant murders trainer and Elephant is executed.  One of these executed Elephants is the notorious Mary the Elephant, who was hung by the neck in Erwin, TN.  I have traveled to Erwin several times and despite having a wonderful local museum, there is no mention of Mary's execution.  In fact, it almost seems that the town is somewhat ashamed that they publicly executed an animal.

This is not the case in Peru, IN as Charlie's bullet ridden skull is front and center with arrows pointing to the bullet holes. 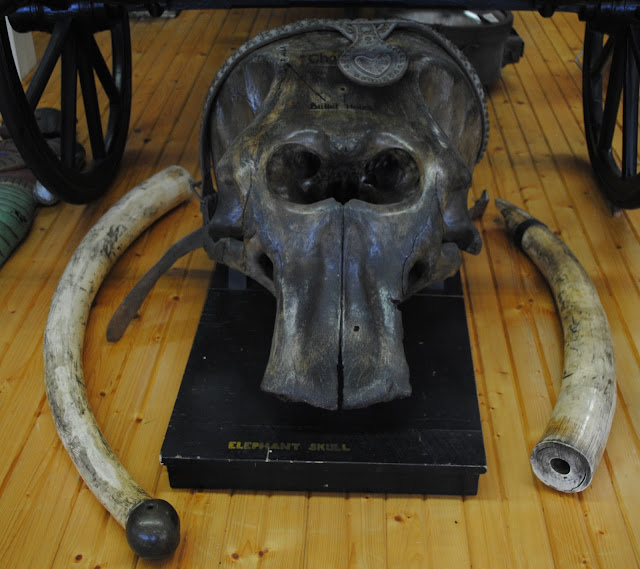 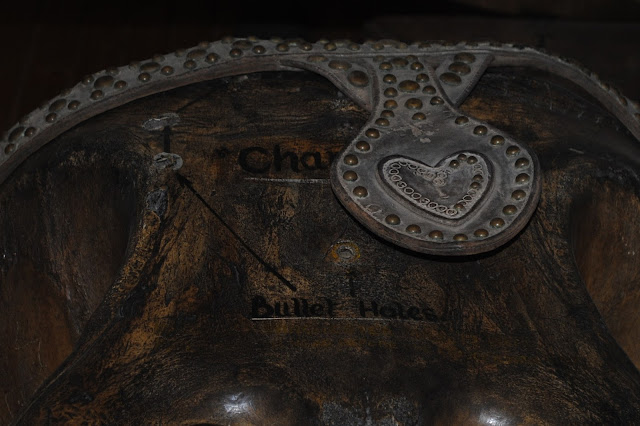 Now, this is the point were I give my one complaint about the Miami County Museum.  While photographing Charley's skull a lady came up to me and informed me that flash photography is not allowed in the museum.  She said that it damages the artifacts.

I'm sorry, but If the Smithsonian let's me take a flash photo of Abraham Lincoln's hat I think your Elephant skull will be fine.

There are several other artifacts worth mentioning at the Miami County Museum, such as world's tallest man ever Robert Wadlow's Overalls.... 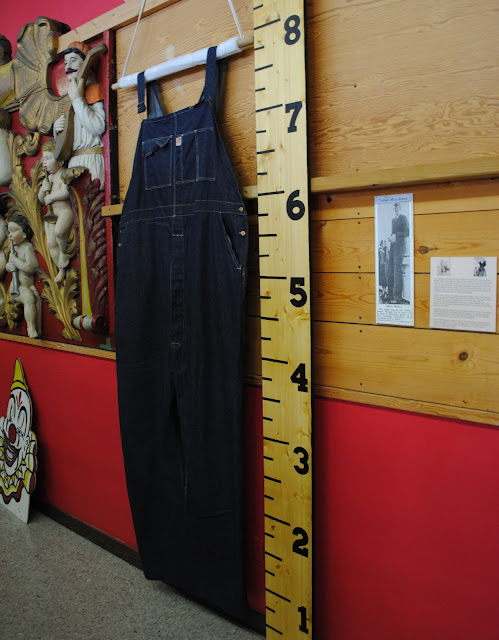 They also have some spectacular taxidermy, including the first time I have ever seen a taxidermied bald eagle, which I can't imagine was ever a legal thing to do. 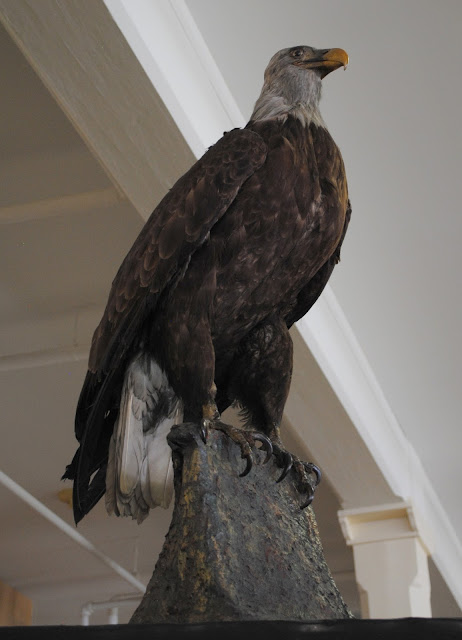 As well, as a poor sea turtle that was turned to soup. 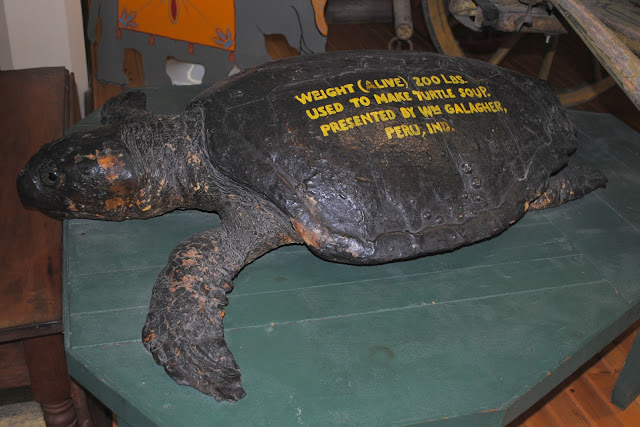 They have a small cabinet of curiosities featuring a siamese pig....... 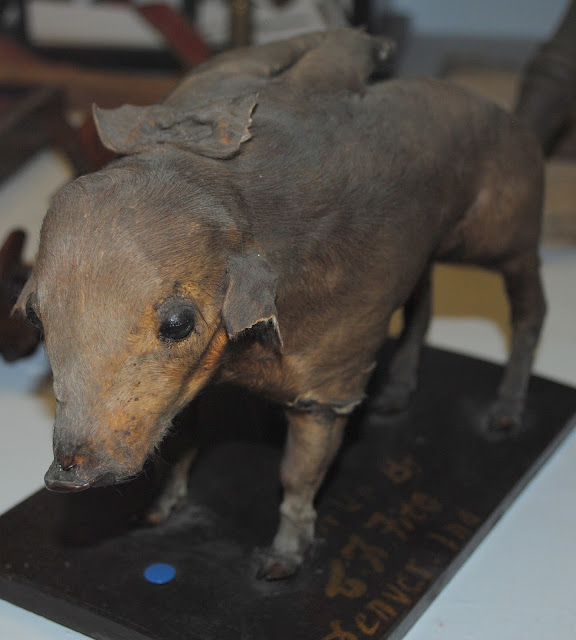 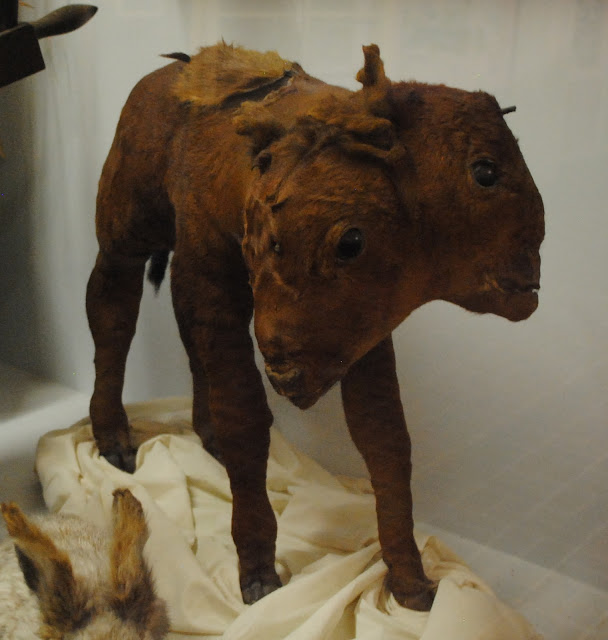 And a freaky rabbit with giant feet. 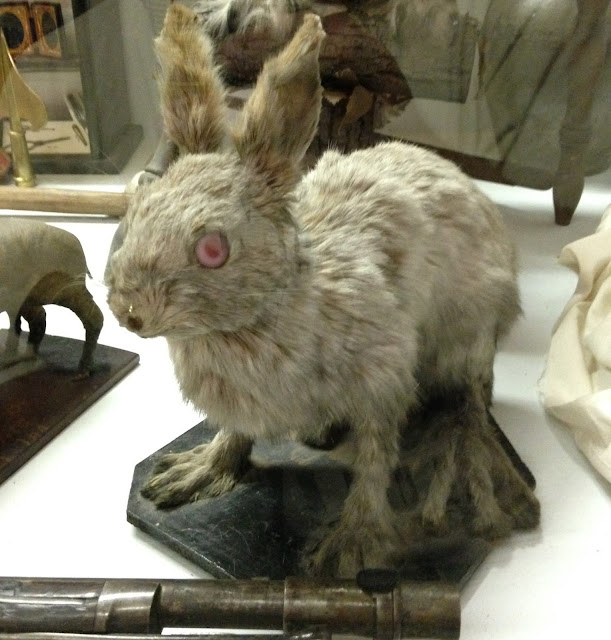 Definitely worth a stop if for some reason you are forced to travel through Indiana, just watch the flash on your camera, or it might cause the stuffed bald eagle to melt.