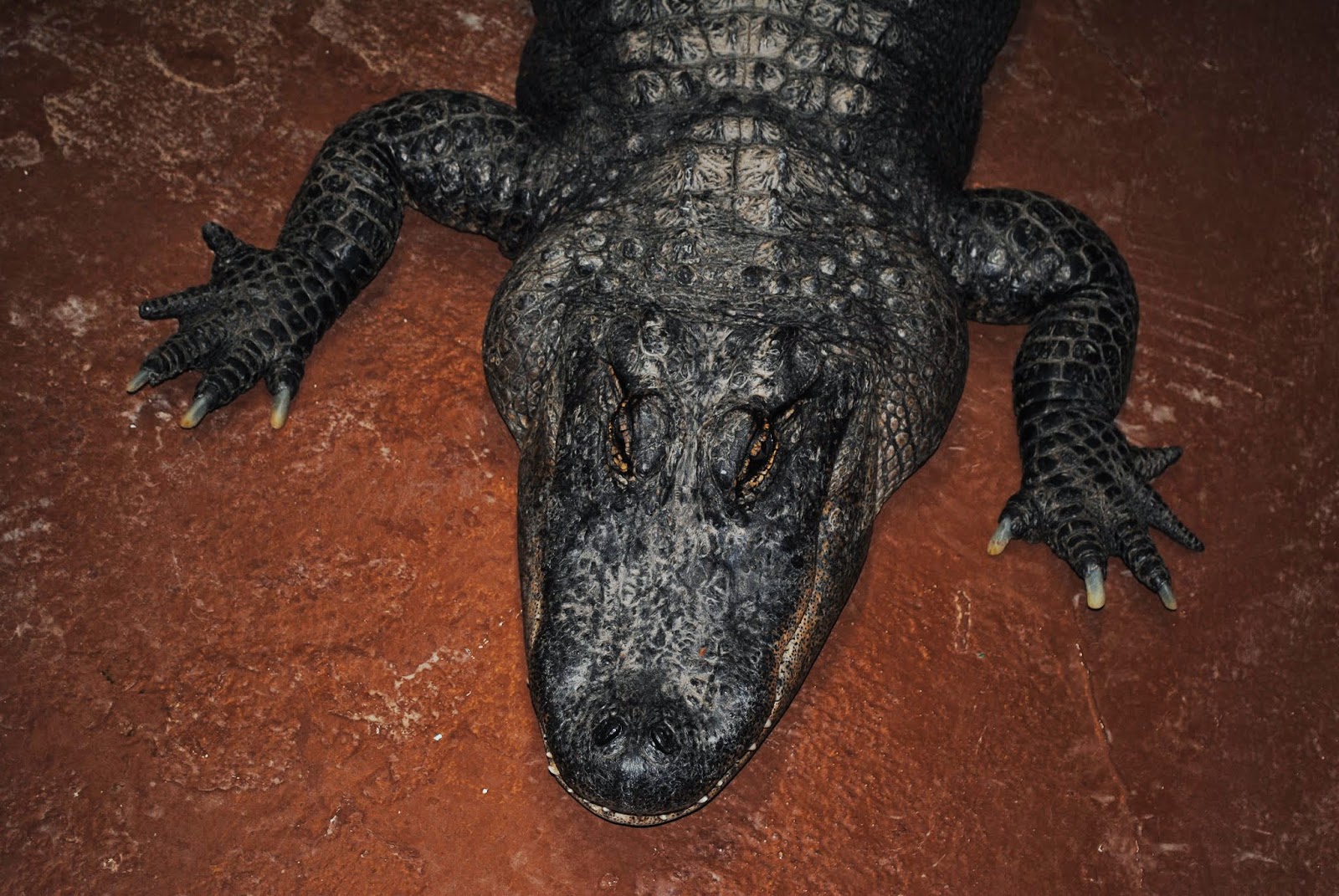 Did you know that they have Alligators in Arkansas?   Me neither.  But they do, check it out!

Apparently they have them in Oklahoma too!  Who knew!?

Now this is the sort of attraction that one would expect to find in Florida, and it seems like someone plucked it up and dropped it in Arkansas, but as the above maps shows Alligators DO live in Arkansas and this attraction opened its gates FORTY SEVEN years before Gatorland.   This attraction features only Native Arkansas Gators. 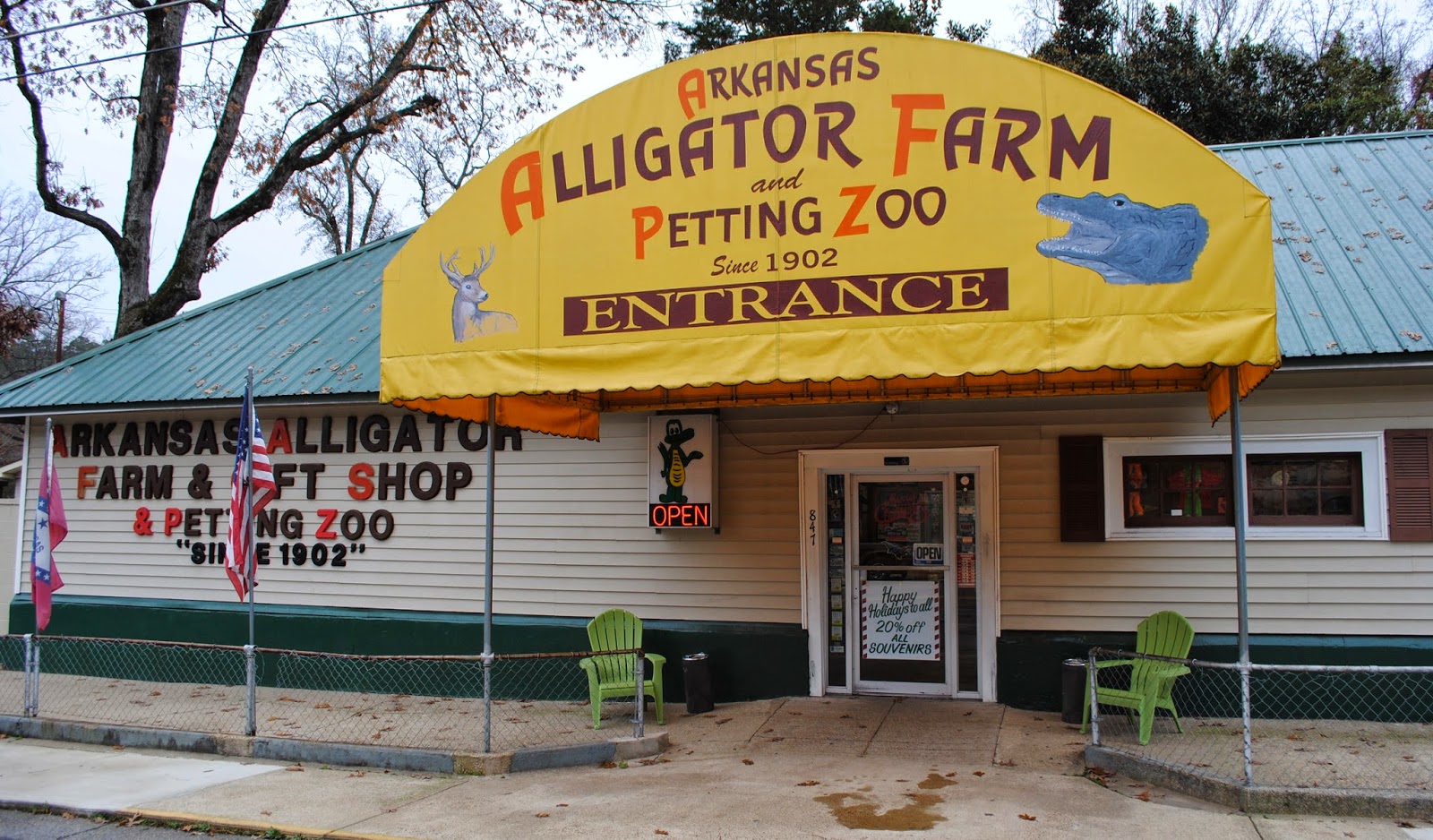 This is about as old school as you can get with roadside animal attractions.   When you enter you are immediately greeted by Charlie then Parrot, who really hates men and children for some reason. 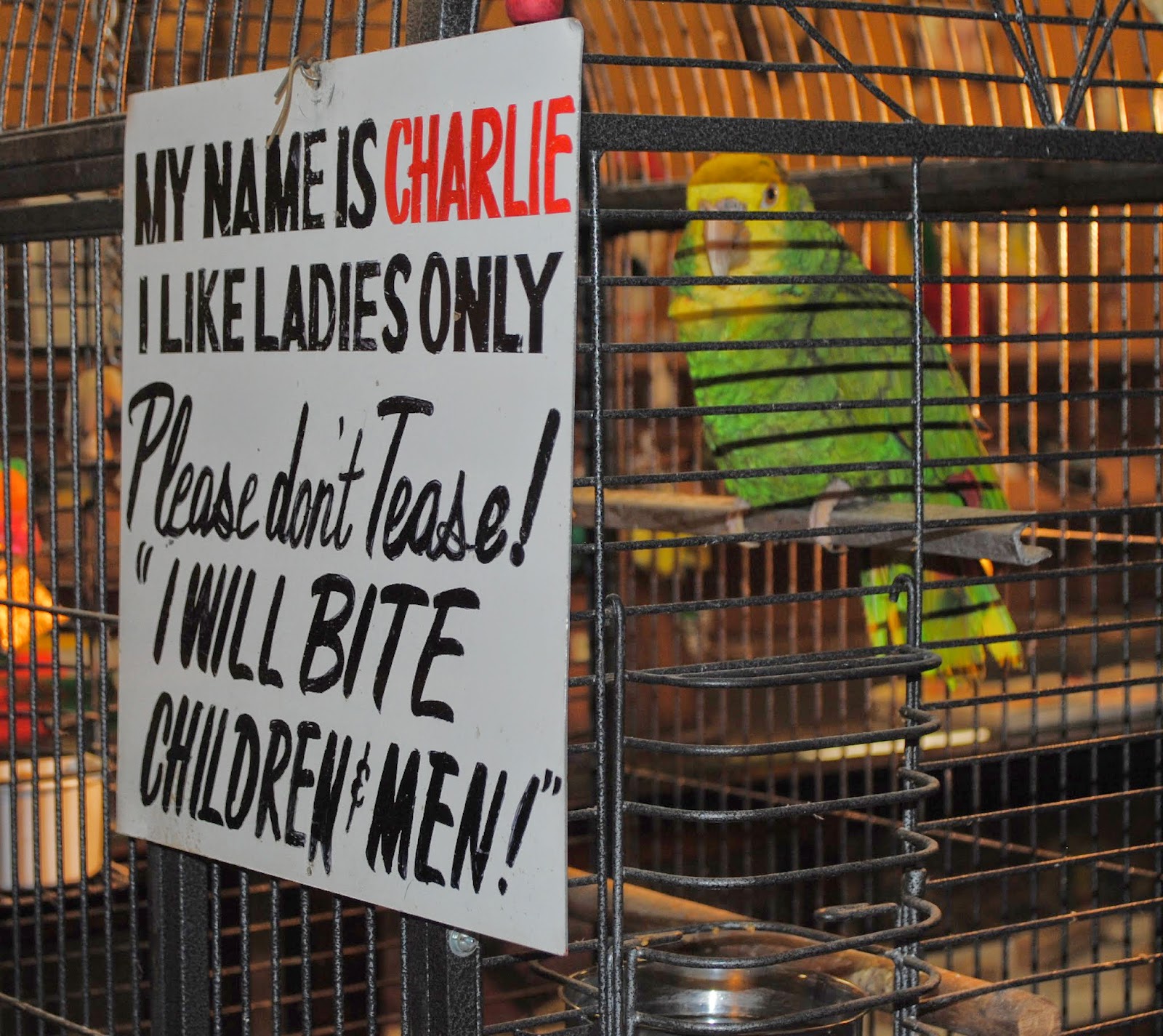 The lady at the counter told me he doesn't really like women either. 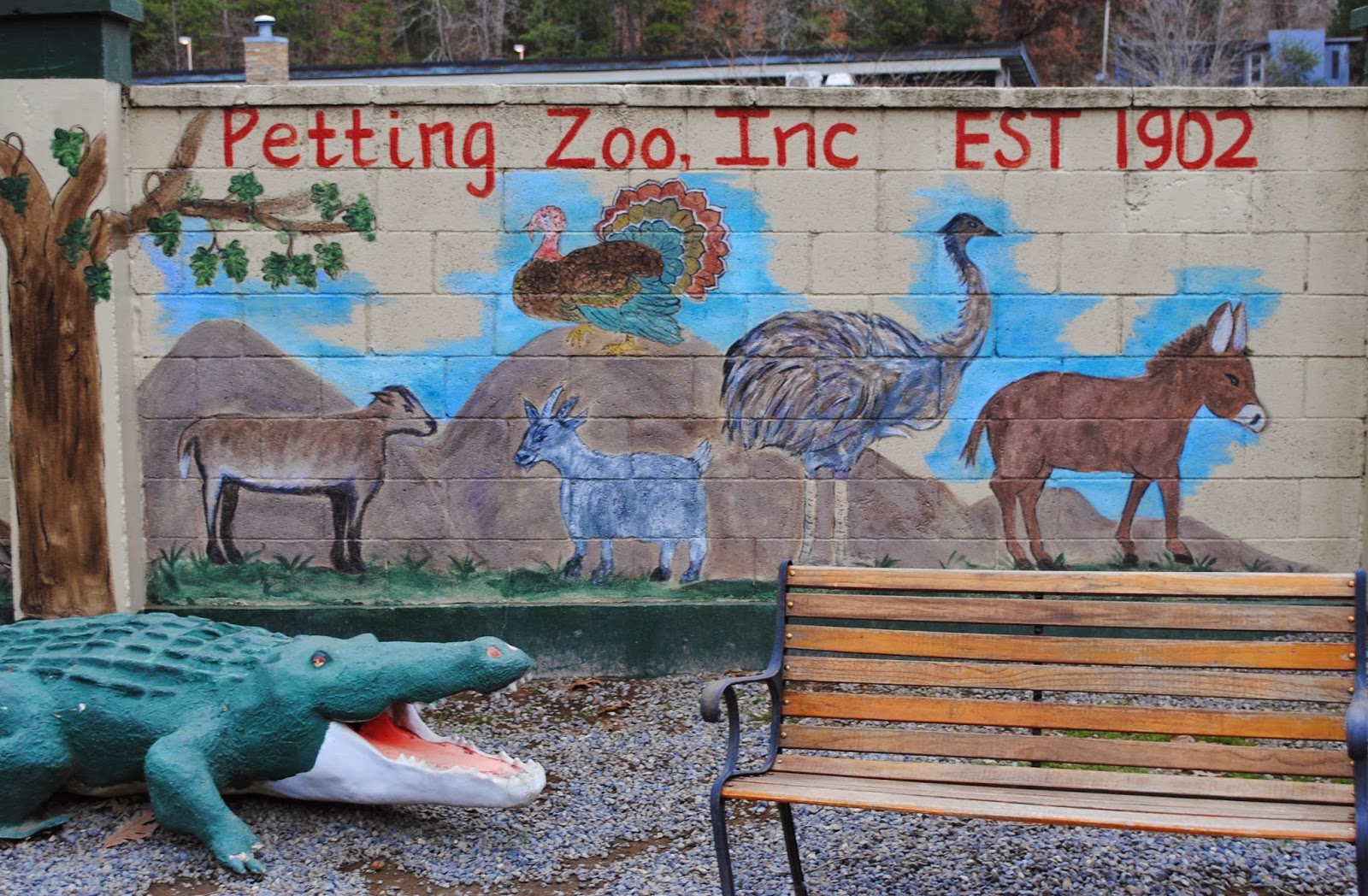 With the cost of admission I was given a few slices of bread to feed to the animals.  There were some sheep, goats and Donkeys who were more then happy to murder me for bread.  They also some Emus, mountain lions, and some very angry wolves. 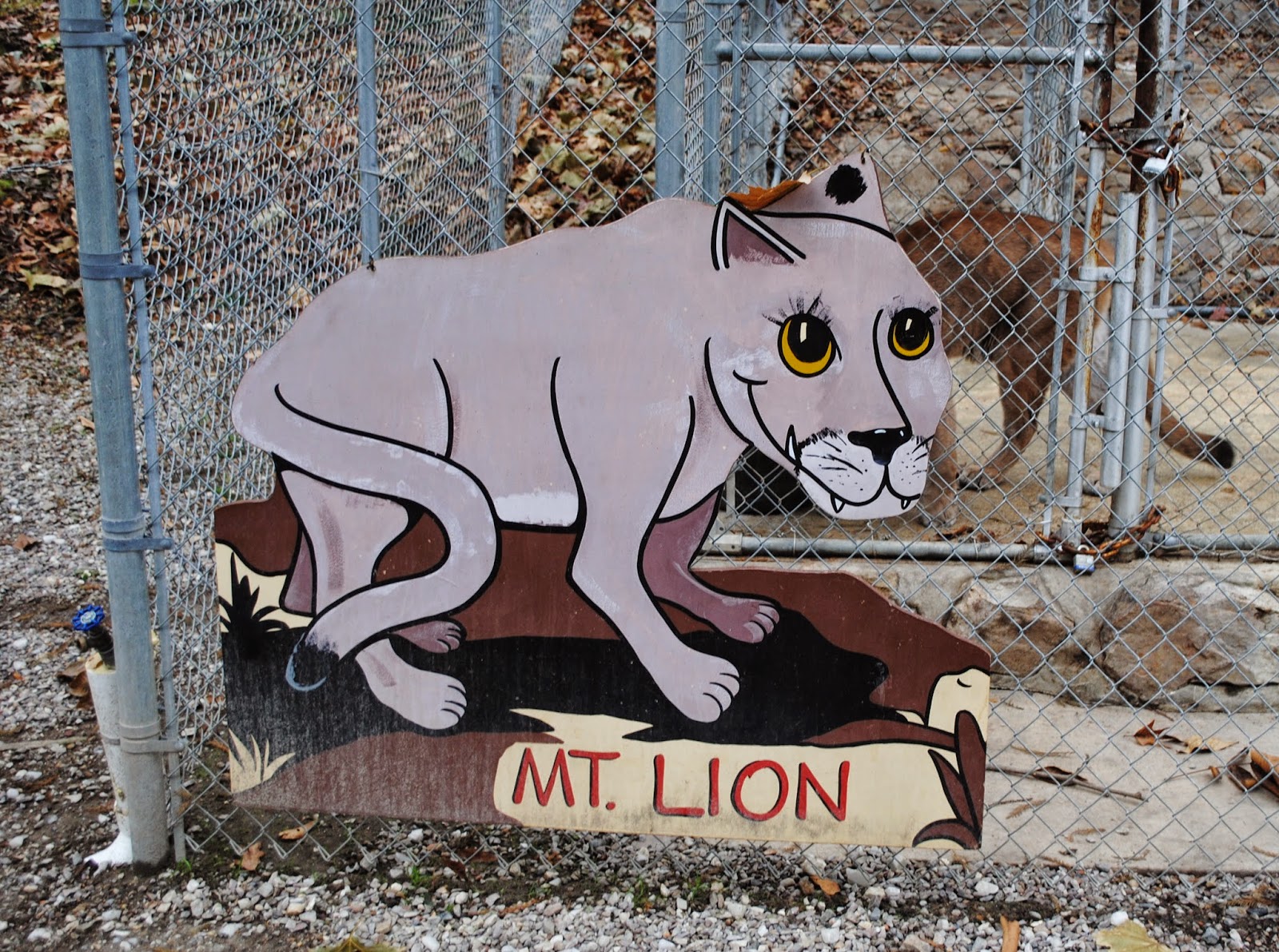 They also had a highly violent Racoon.  Apparently, the theme here is animals that hate people. 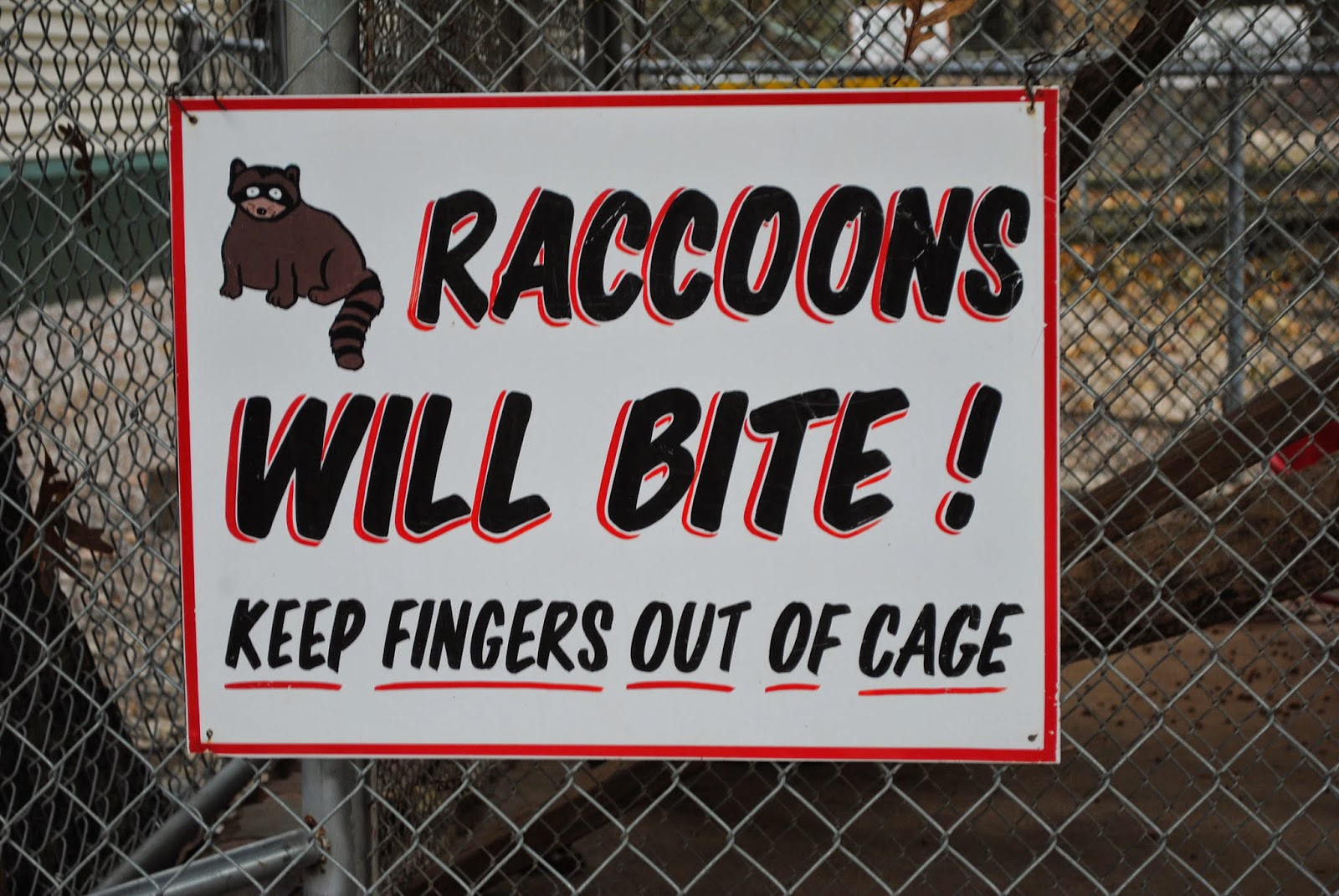 Actually, this poor guy looks like he would never bite anyone. 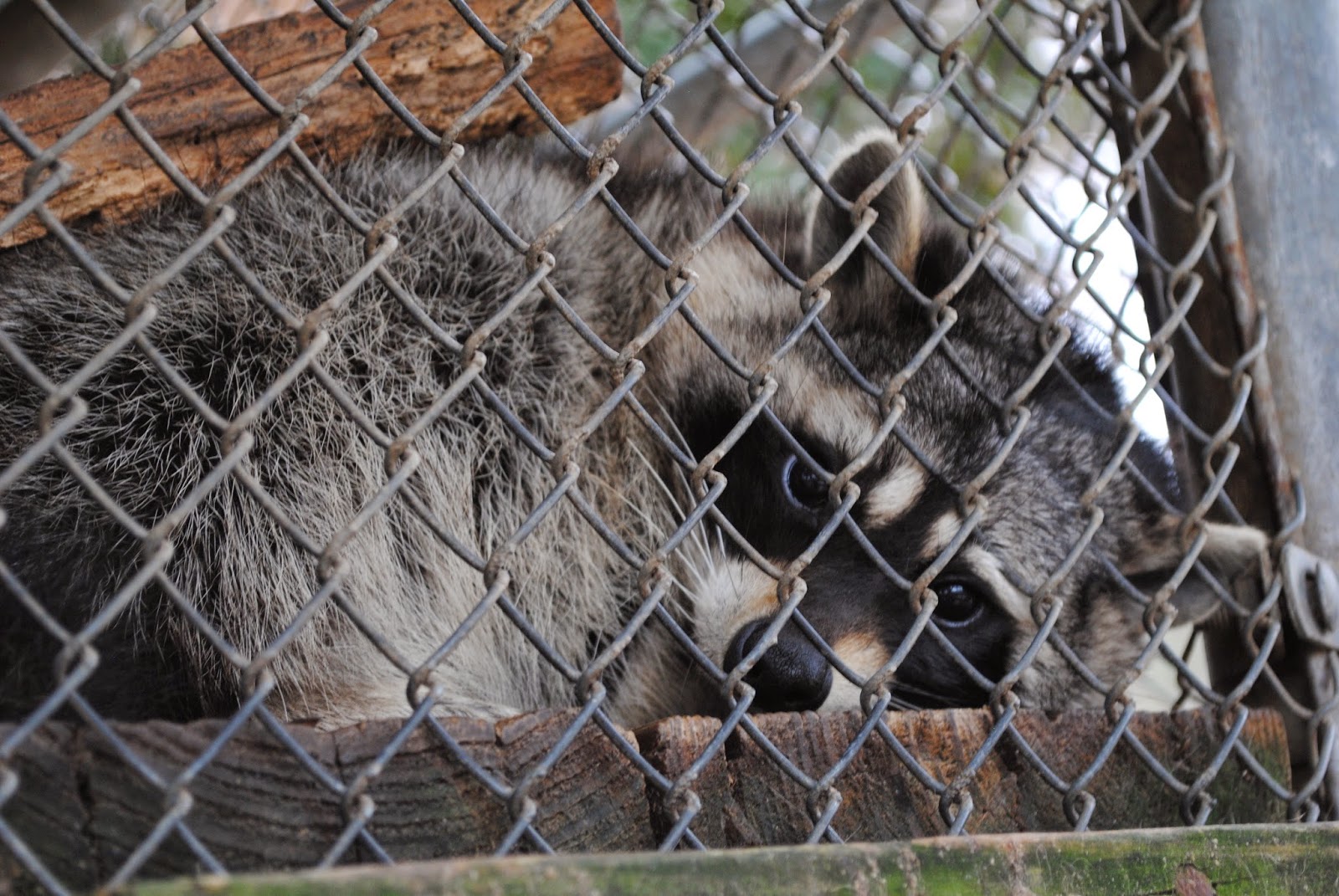 Of course I visited in late November so the Gators were not outside.  This isn't Florida after all.  One strange thing of note is this bizarre monument. 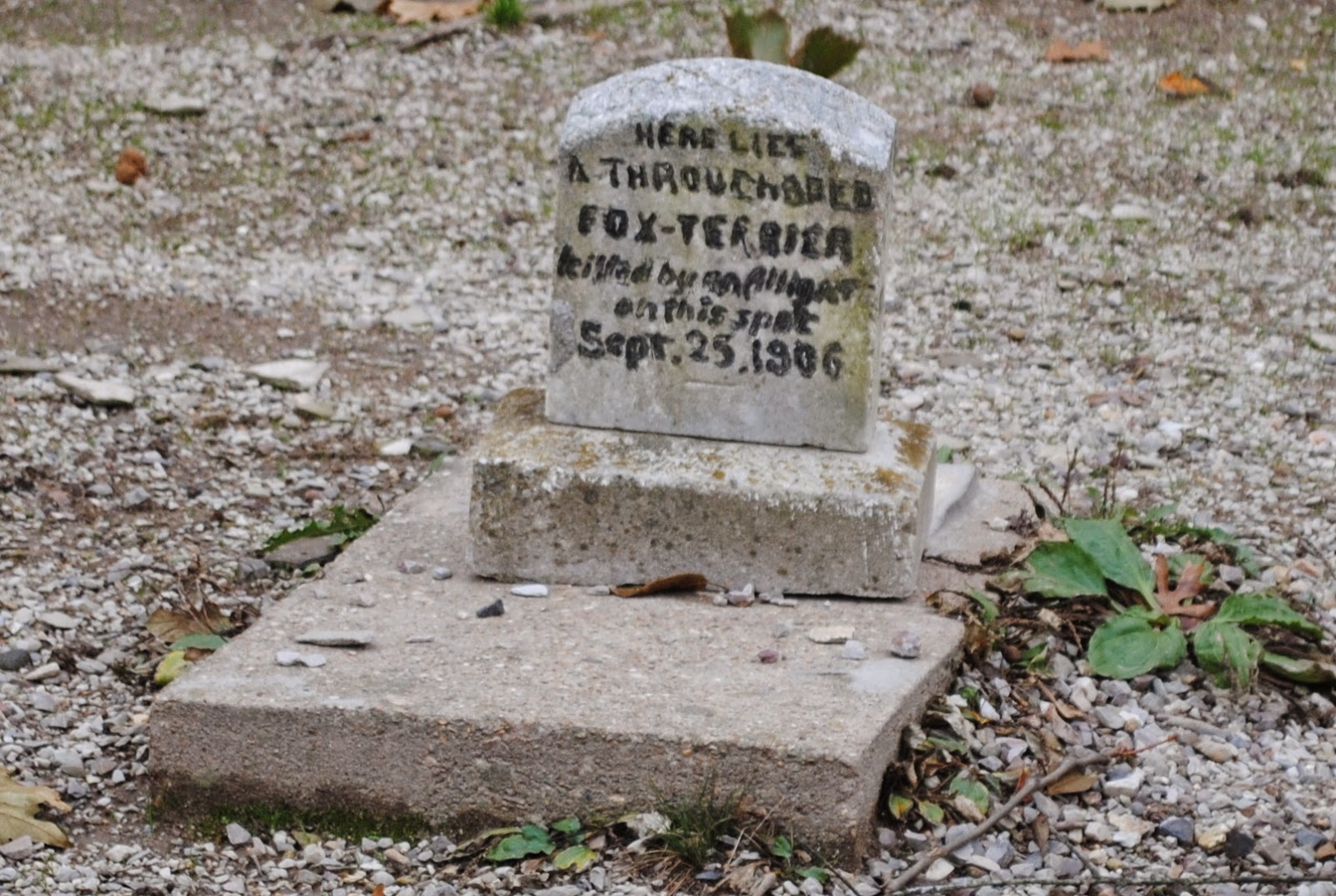 What the?!?!   Seriously, this monument generates so many questions:
Anyways, we didn't come here to mourn the lost of a dog that has been dead long before my grandparents were born.  We came to see Alligators.  This time of the year the alligators are in their "Wintering Quarters" which was a big cinder block building full of shallow pools. 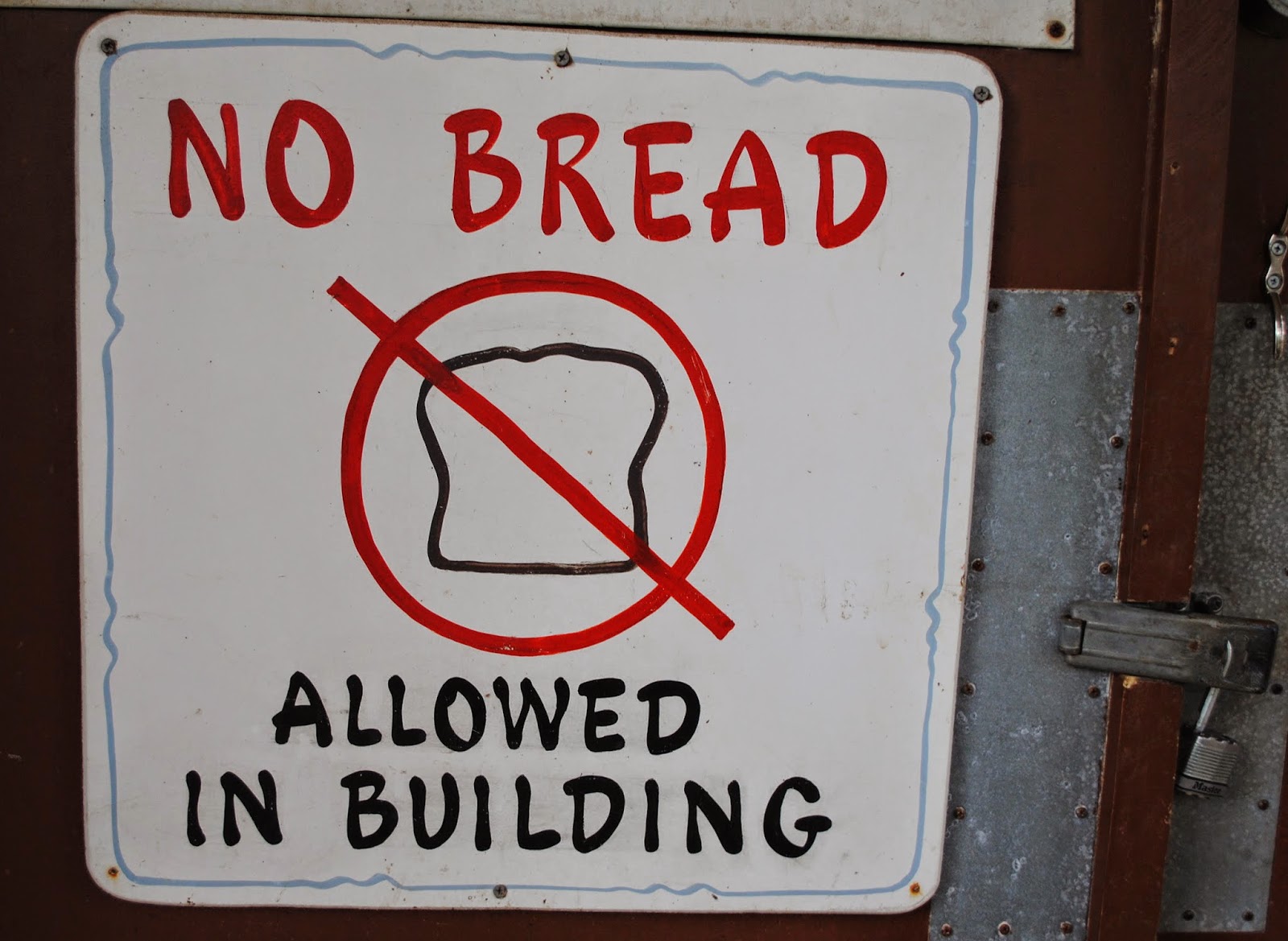 The Gators were enjoying their winter spa....... 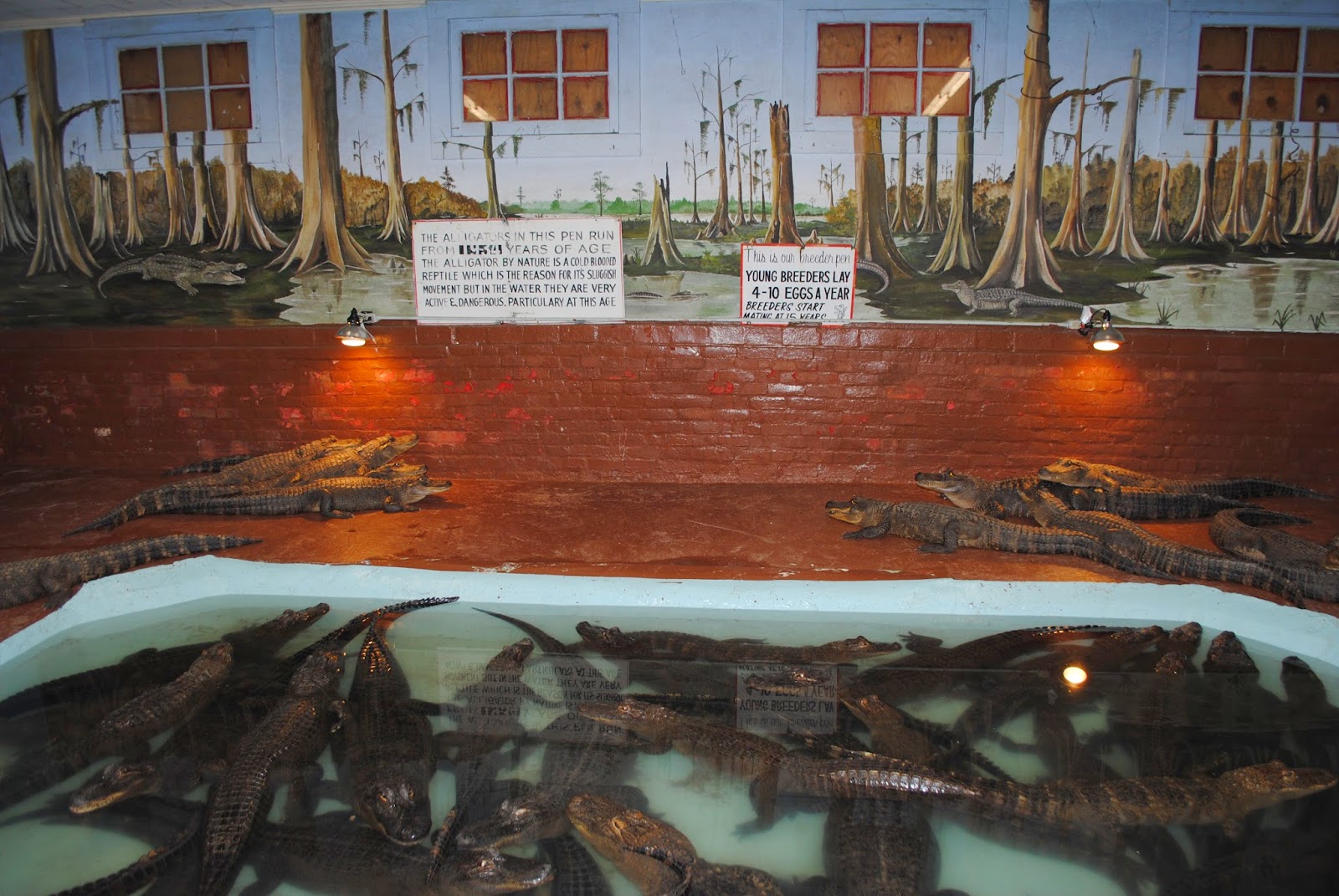 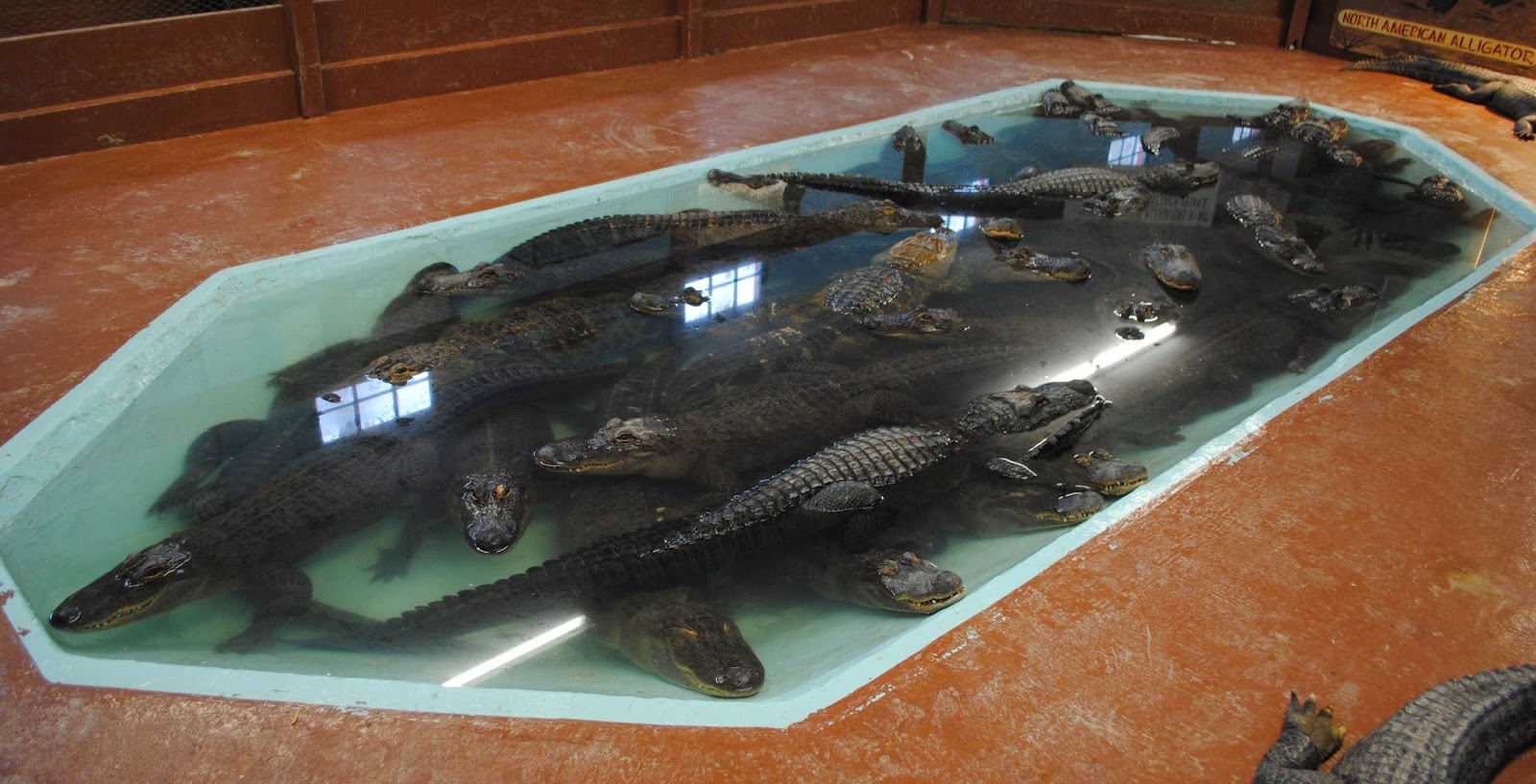 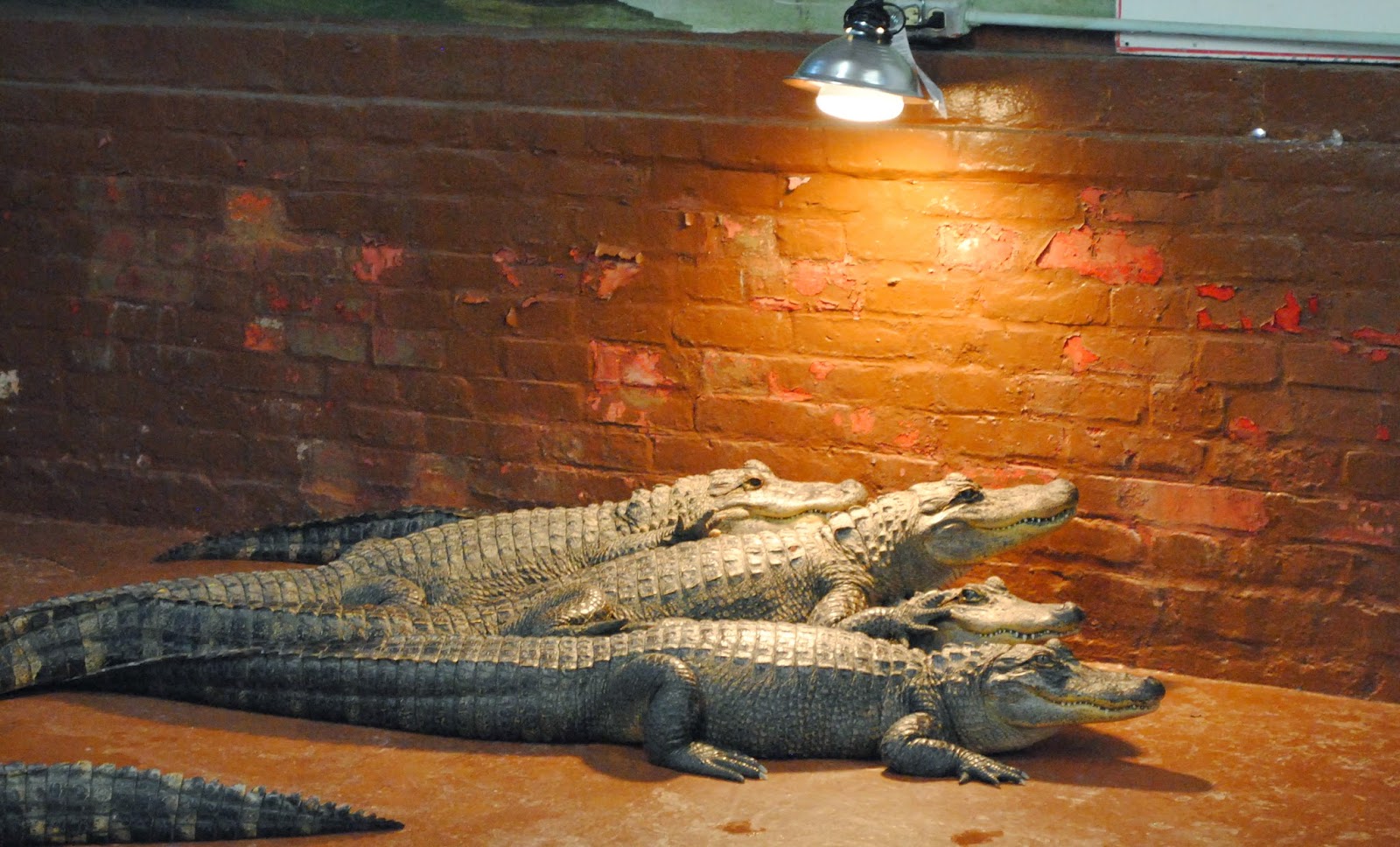 Past Celebrity Gators hang from rusty chains strung from the ceiling..... 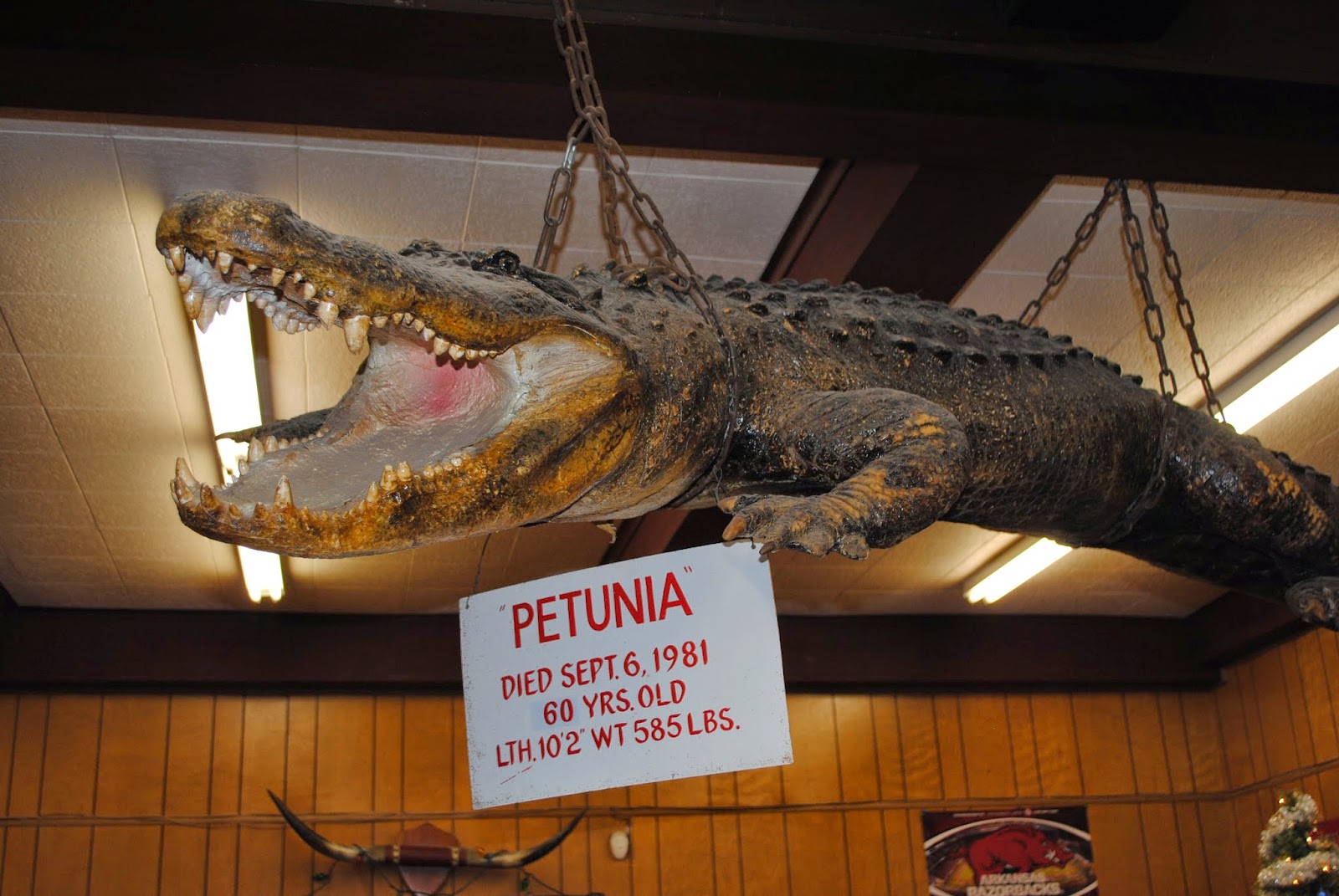 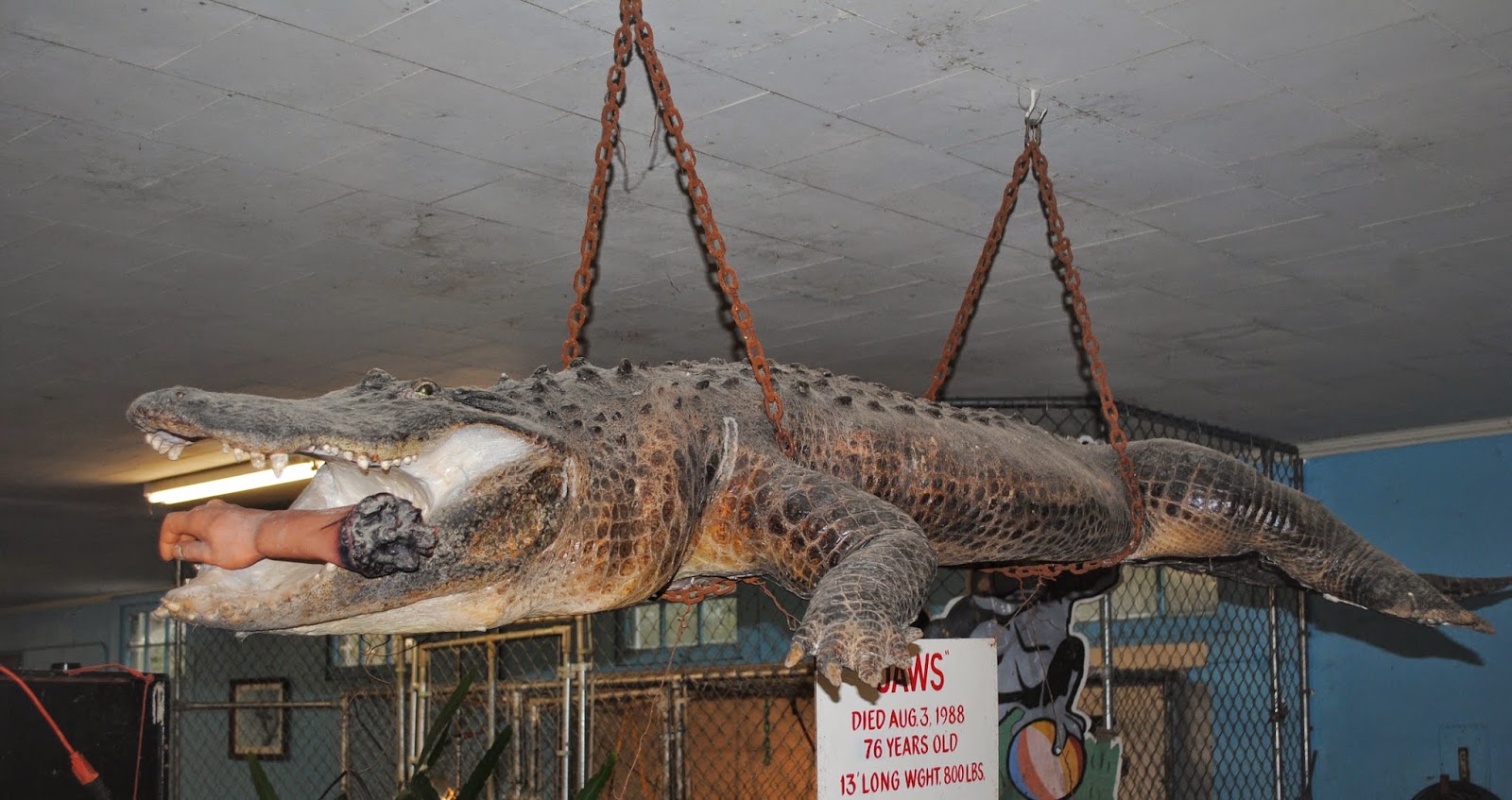 Now, as some may know, I have a huge alligator fan.  So when they allowed me to hold a baby alligator, I was ecstatic. 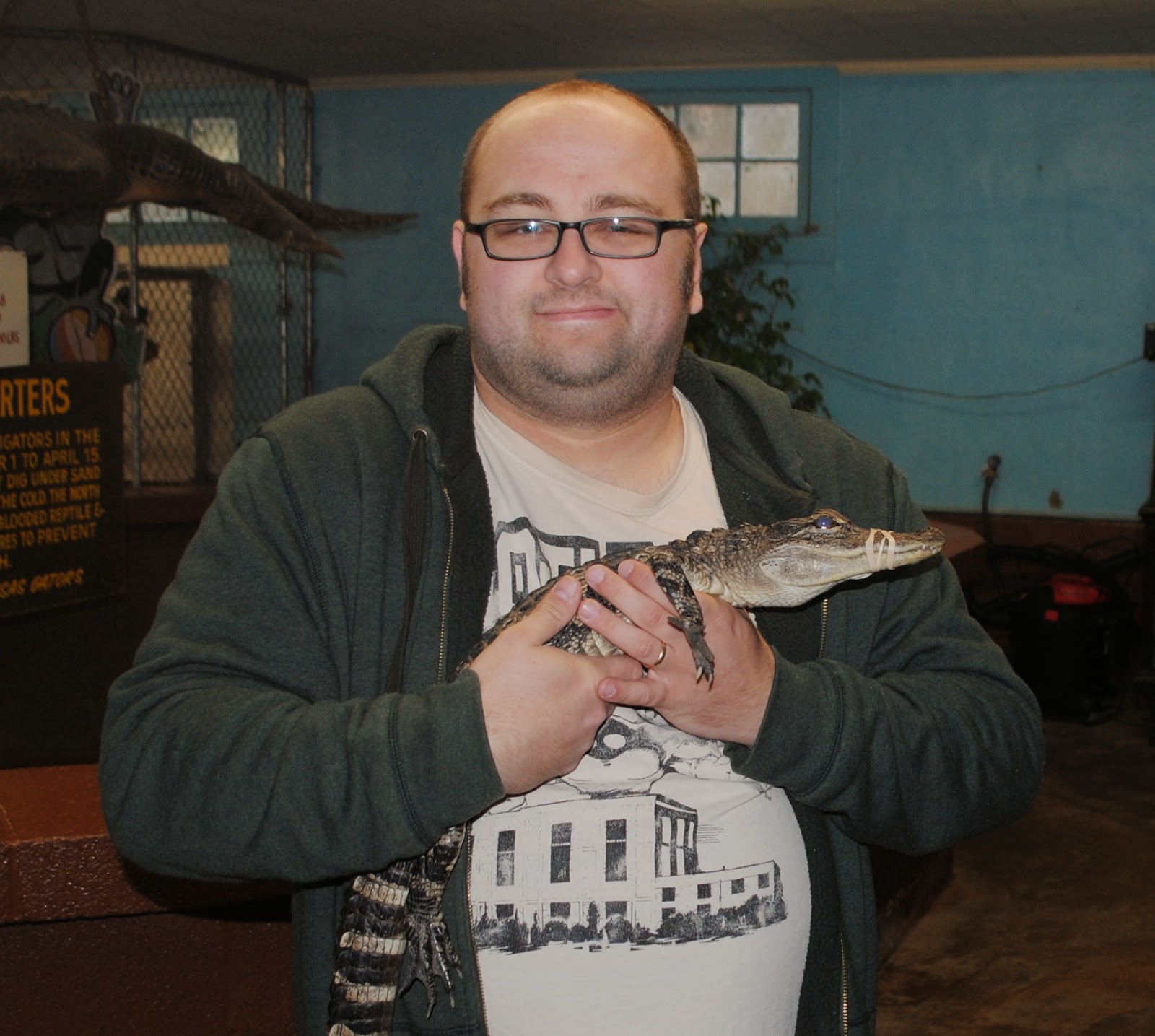 The Wintering Quarters had a few odd bits of Taxidermy.  Like this poor unfortunate mangled iguana. 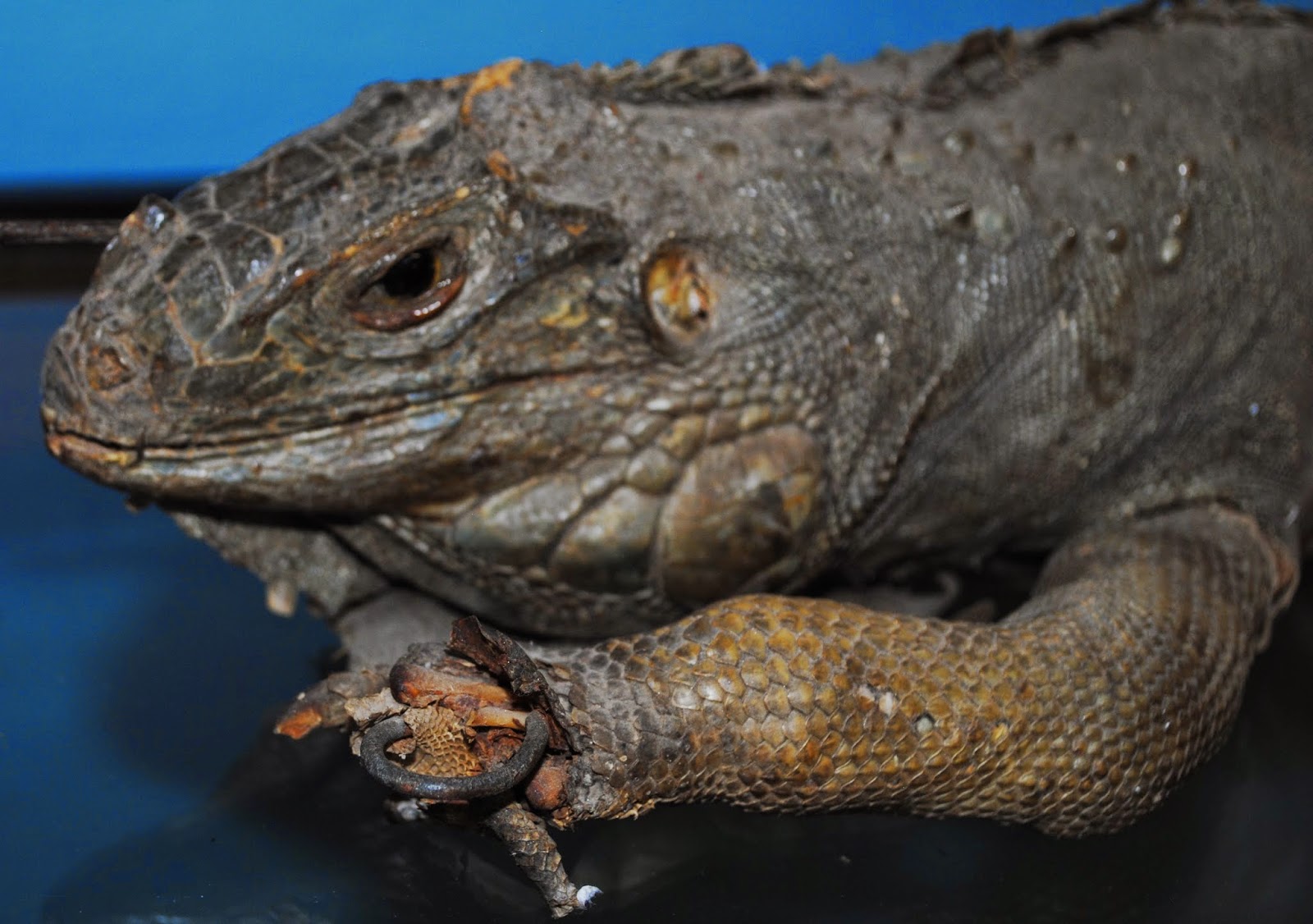 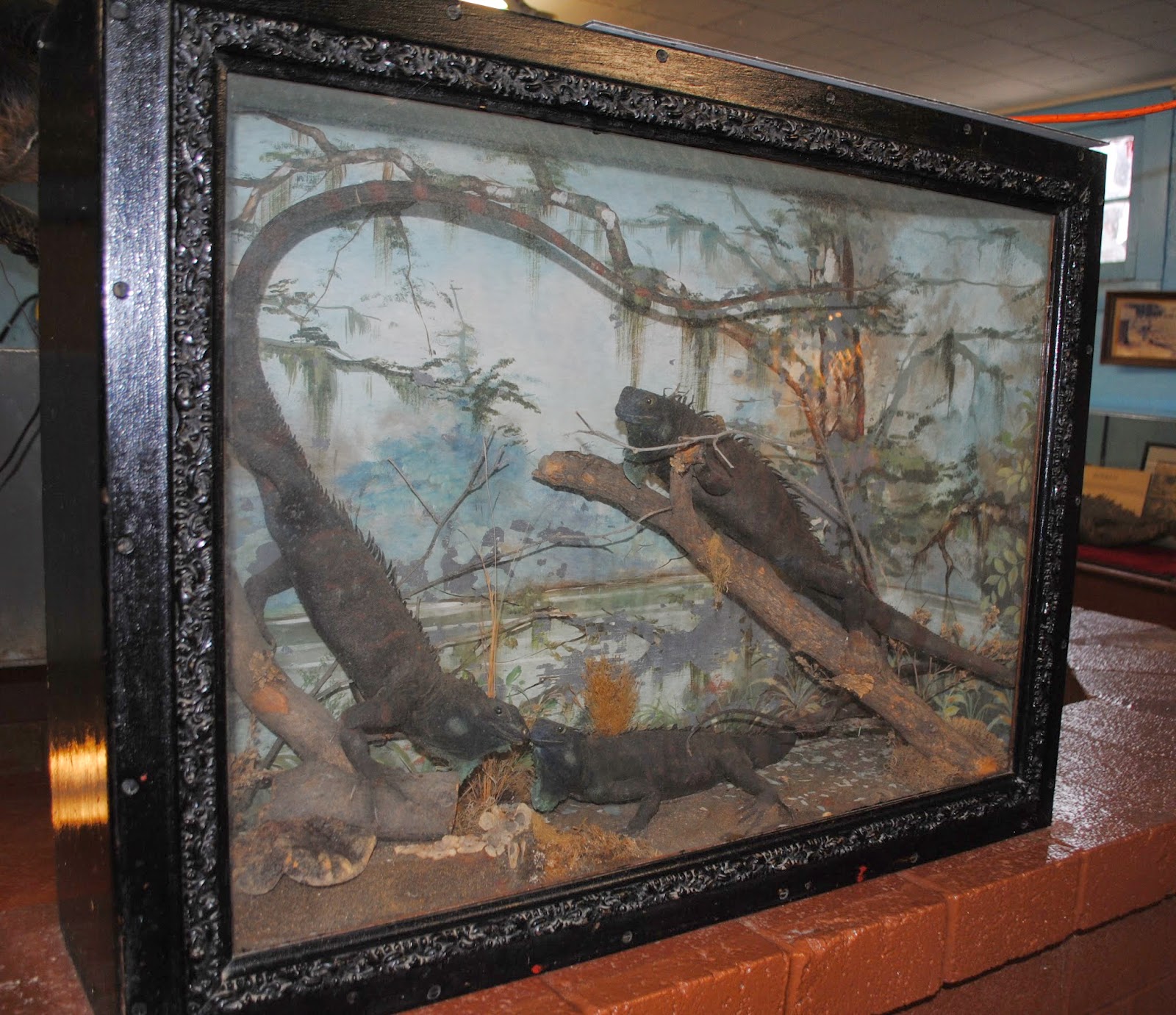 They also have this sawfish hanging over one of the Gator pens..... 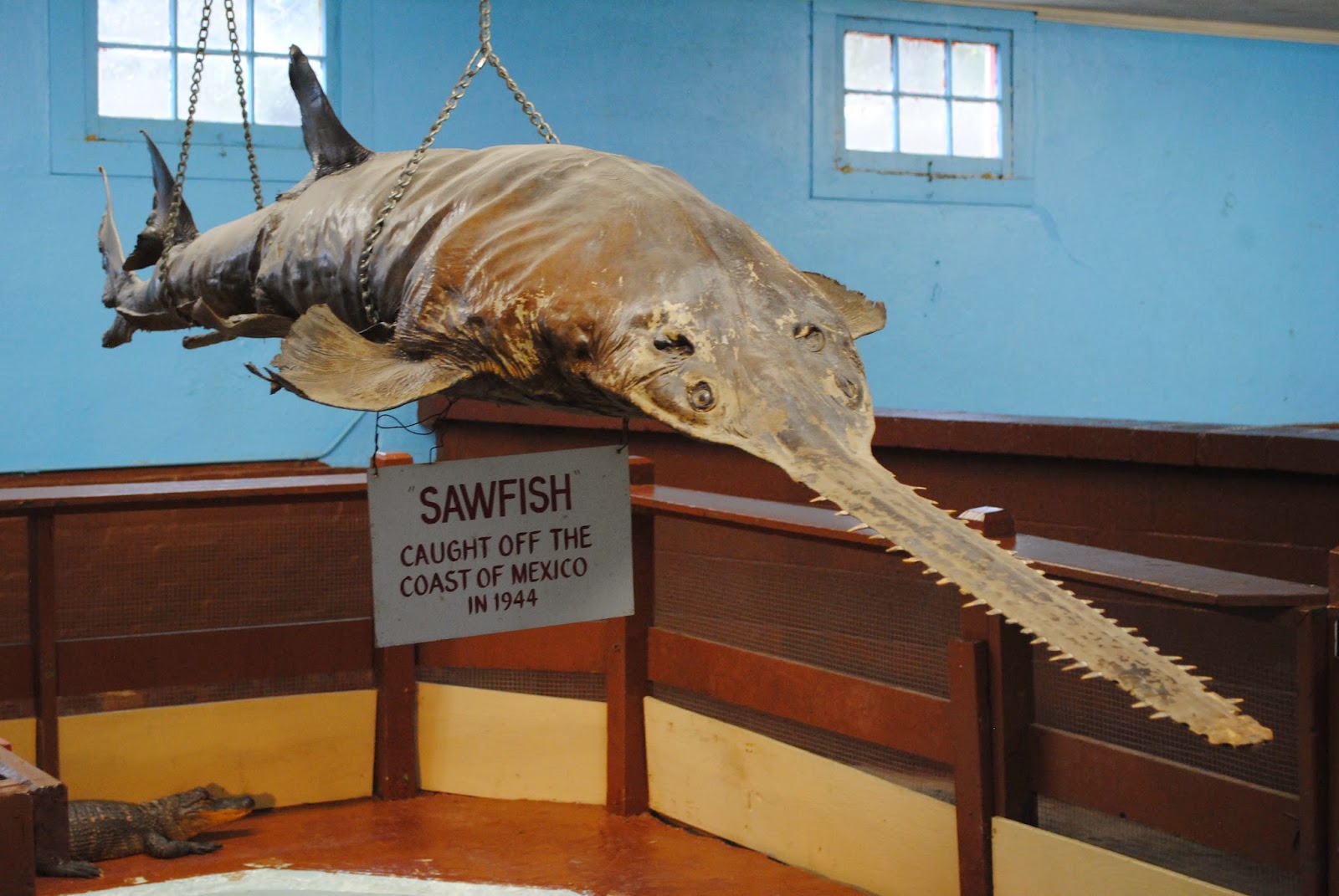 As well as this massive Sea Turtle.... 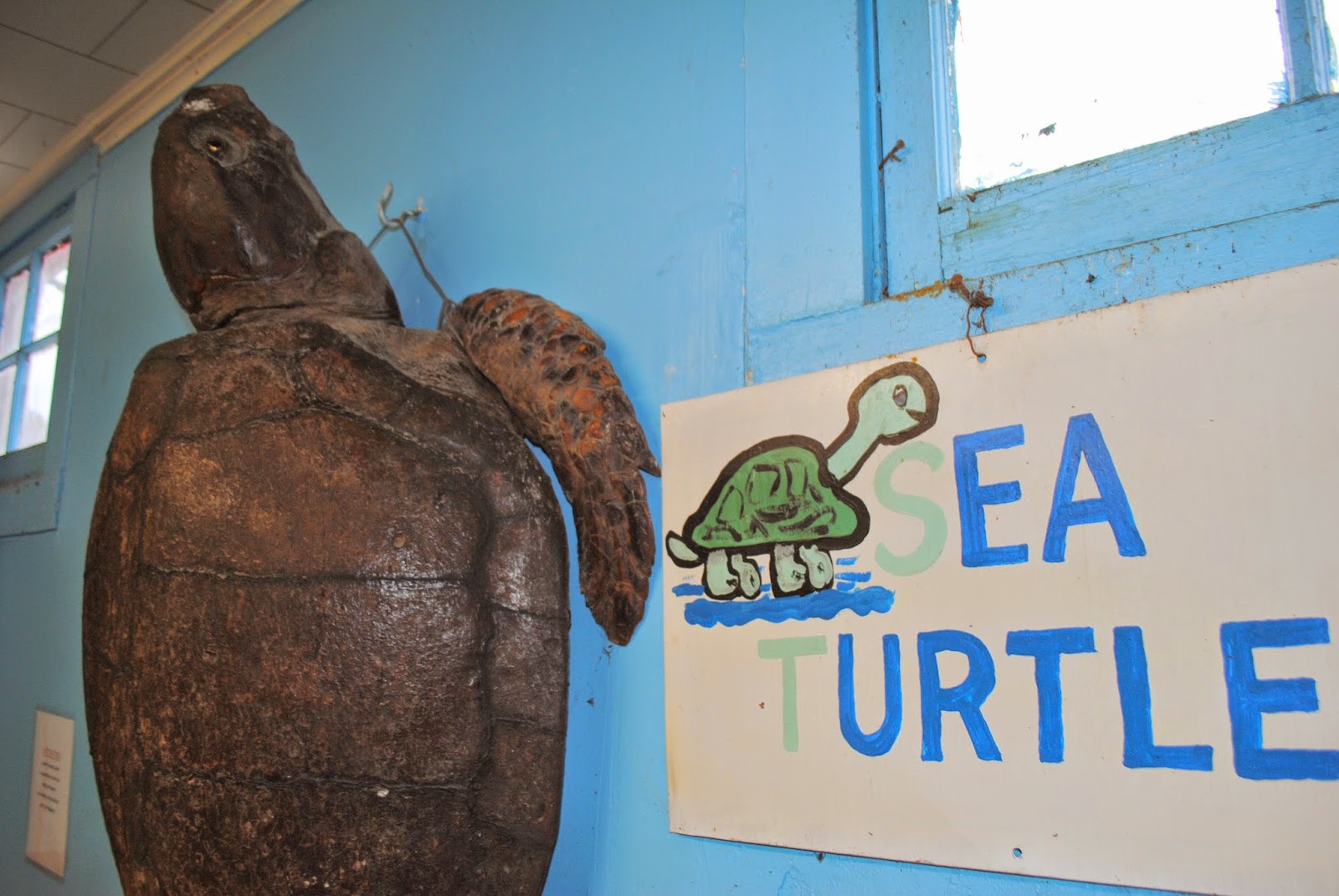 But the their most famous exhibit, and the highlight of the Arkansas Alligator Farm experience is this: 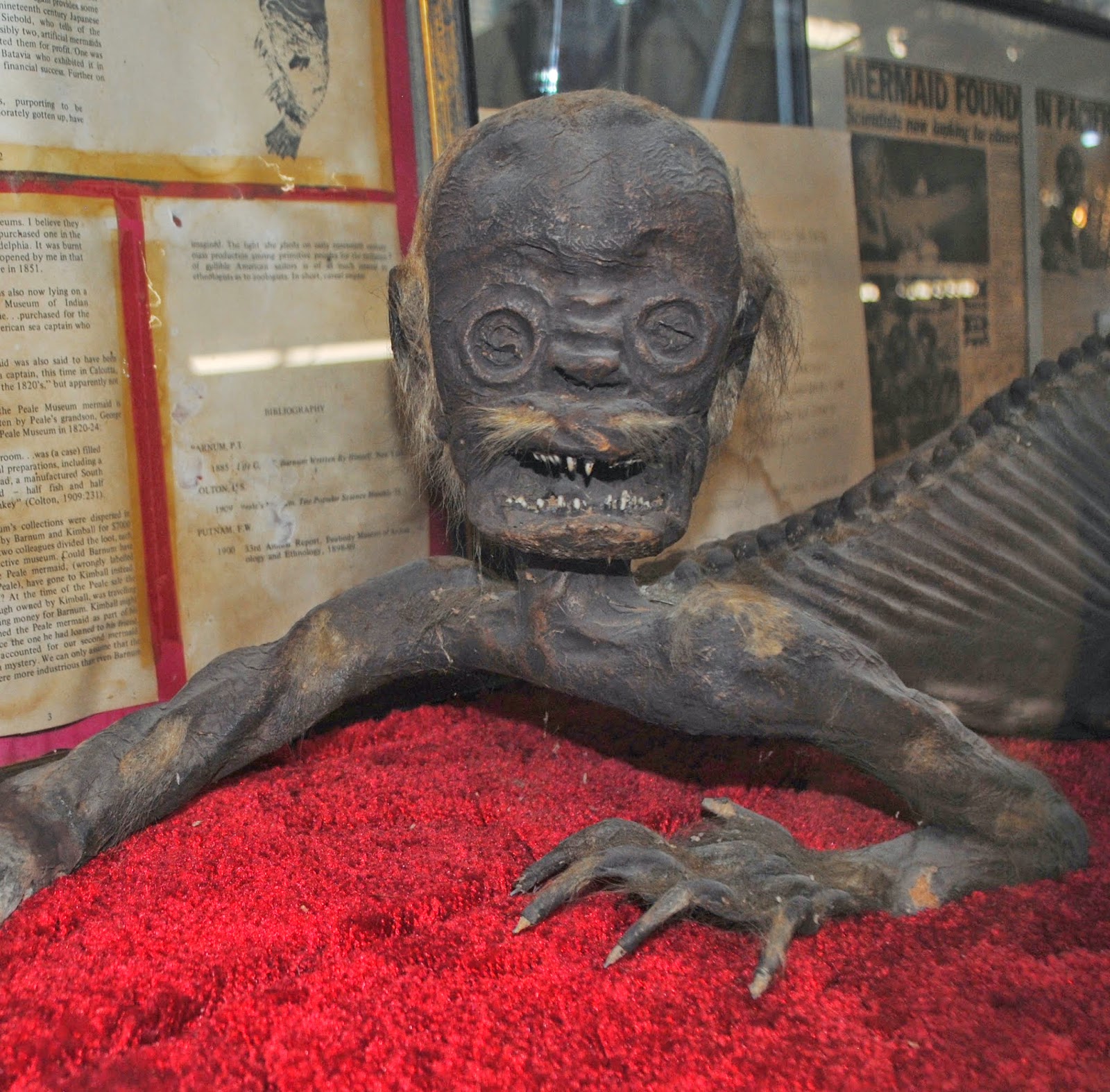 Their bonafide, certified, horrifying Fiji Merman!  This isn't just your average everyday merman, either, this guy is the real deal, over a hundred years old and this sucker is HUGE. 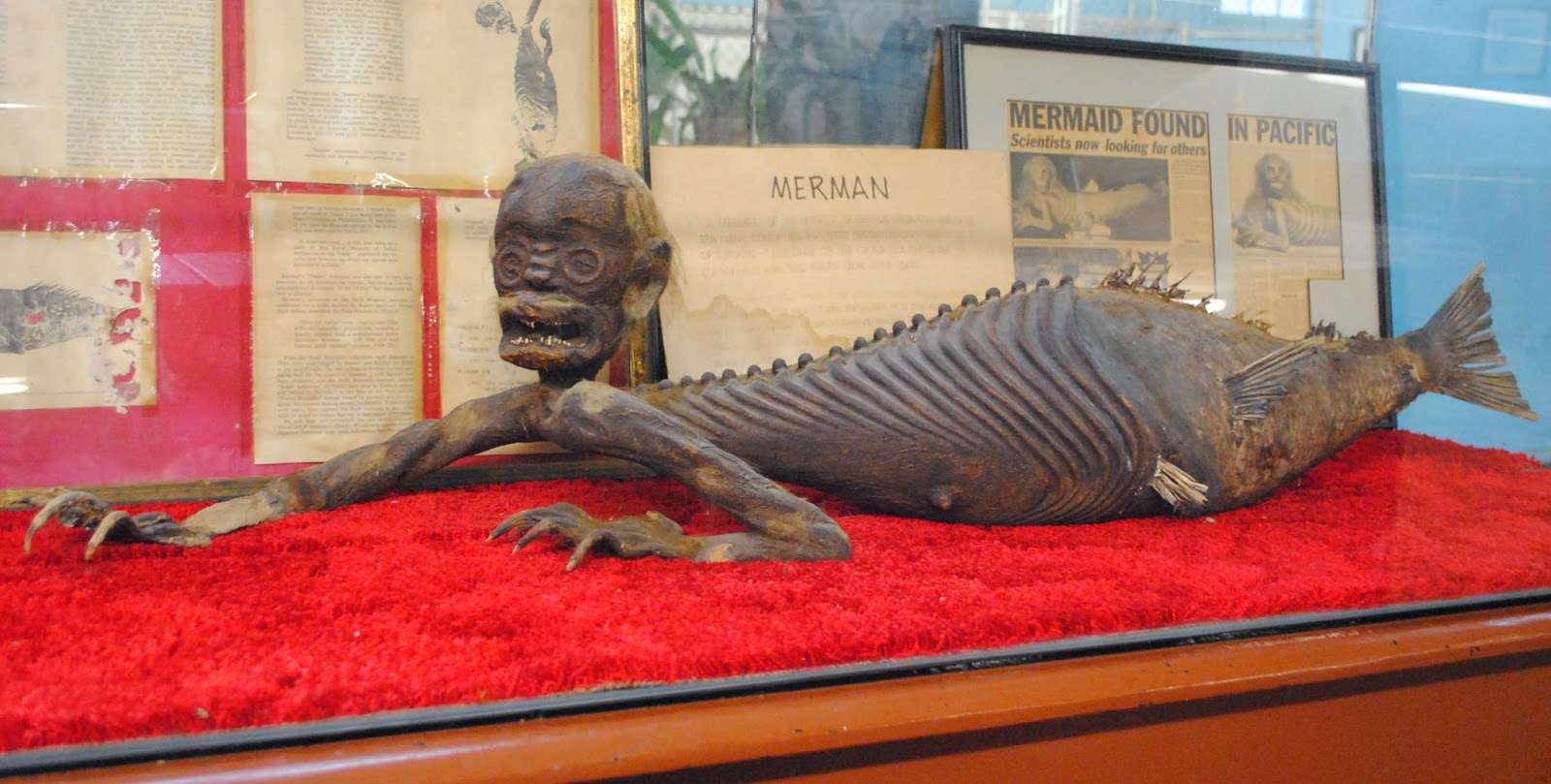 The man that attended to the alligators said that Ripley's has offered the farm hundred's of thousands for it and they have always turned it down.  I have seen a lot of Mermen, but I think this is my new favorite.  I also love that he is in his natural habitat:  a roadside tourist attraction and not some museum (Don't get me wrong I love Ripley's, but this is were these sort of things truly belong).

Now, for a full video of walkthrough of Arkansas Alligator Farm click below.  You'll get to see me get attacked by a bunch of goats.

And I can't forget my Flickr Photostream, where all this got started.
Posted by Jacob at 11:08 AM