The Lorraine Motel and the Vigil of Jacqueline Smith

It's Martin Luther King Jr. weekend in the United States.  What can I say about this man that hasn't been said already.  He is one of the greatest Heroes in all of the South as well as all of America.   I can't watch a speech of his without getting a lump in my throat and a tear in my eye. While visiting Memphis, TN I knew that I had to visit the Lorraine Motel, where Doctor King was tragically shot dead. 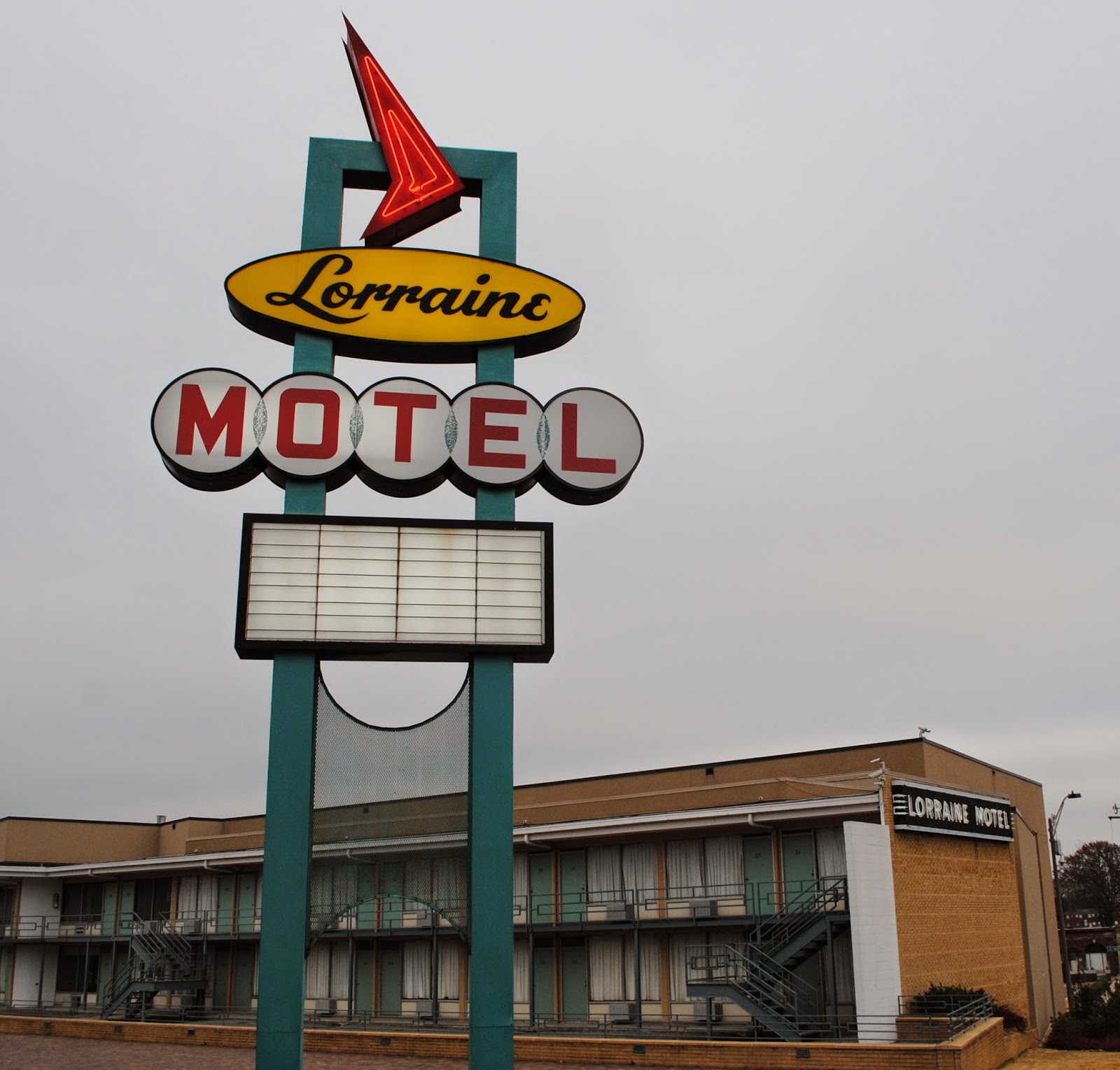 The Lorraine Motel was an important landmark even before the tragic events the befell Dr. King.  In the segregated South it was one of the only upscale Motels in Memphis that catered to Black clientele.

On April 4th, 1968 Dr. King was shot in the neck while standing in front of room 306.  The Lorraine Motel continued operation, but room 306 was left vacant ever since.  I wreath hangs in front of the room, marking the spot of Dr. King's death. 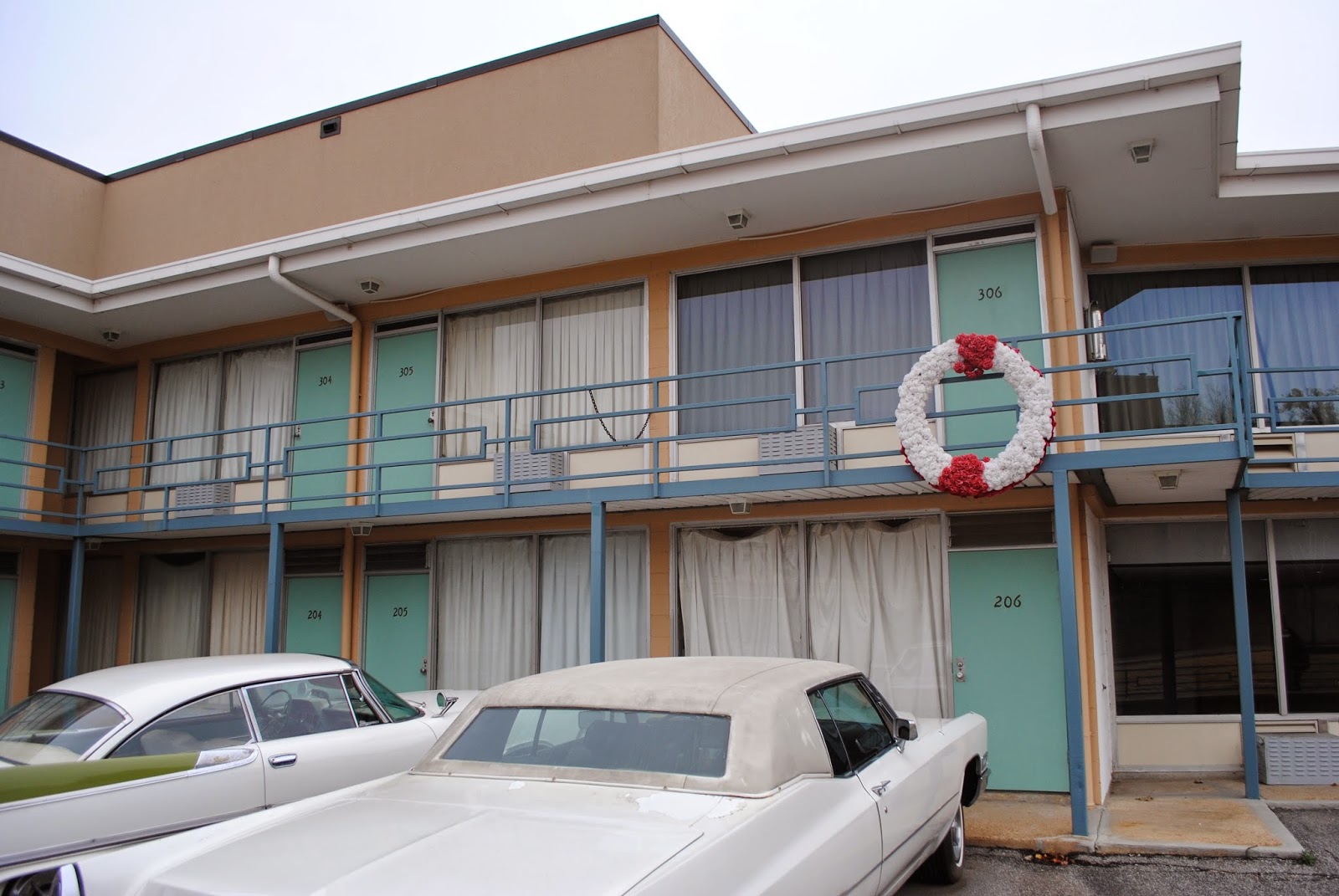 In 1988 the Lorraine Motel was closed down in order to convert it into the National Civil Rights Museum.   The last resident was one Jacqueline Smith, a housekeeper and long time resident, who barricaded herself in her room and had to be removed by law enforcement.  Despite being dragged from her room.  Jacqueline never really left.  Instead she set up camp on a street corner opposite the Museum, where she has sat for nearly 27 years. 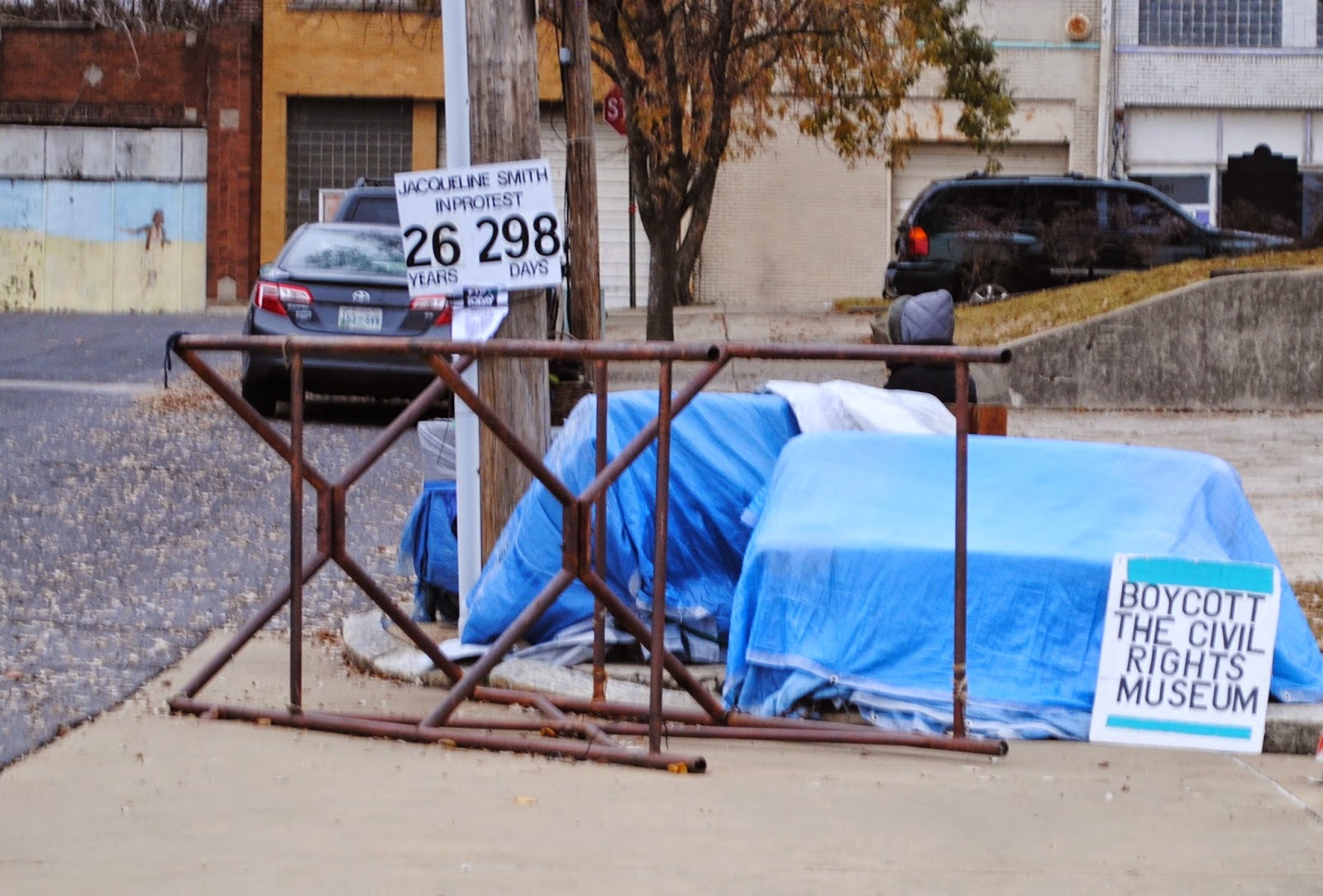 Every day since she was evicted from the Motel she has help vigil for 21 hours a day calling for a boycott of the Civil Rights Museum.  She leaves only to find food and go to the bathroom.  All her possessions that are kept under a blue tarp. 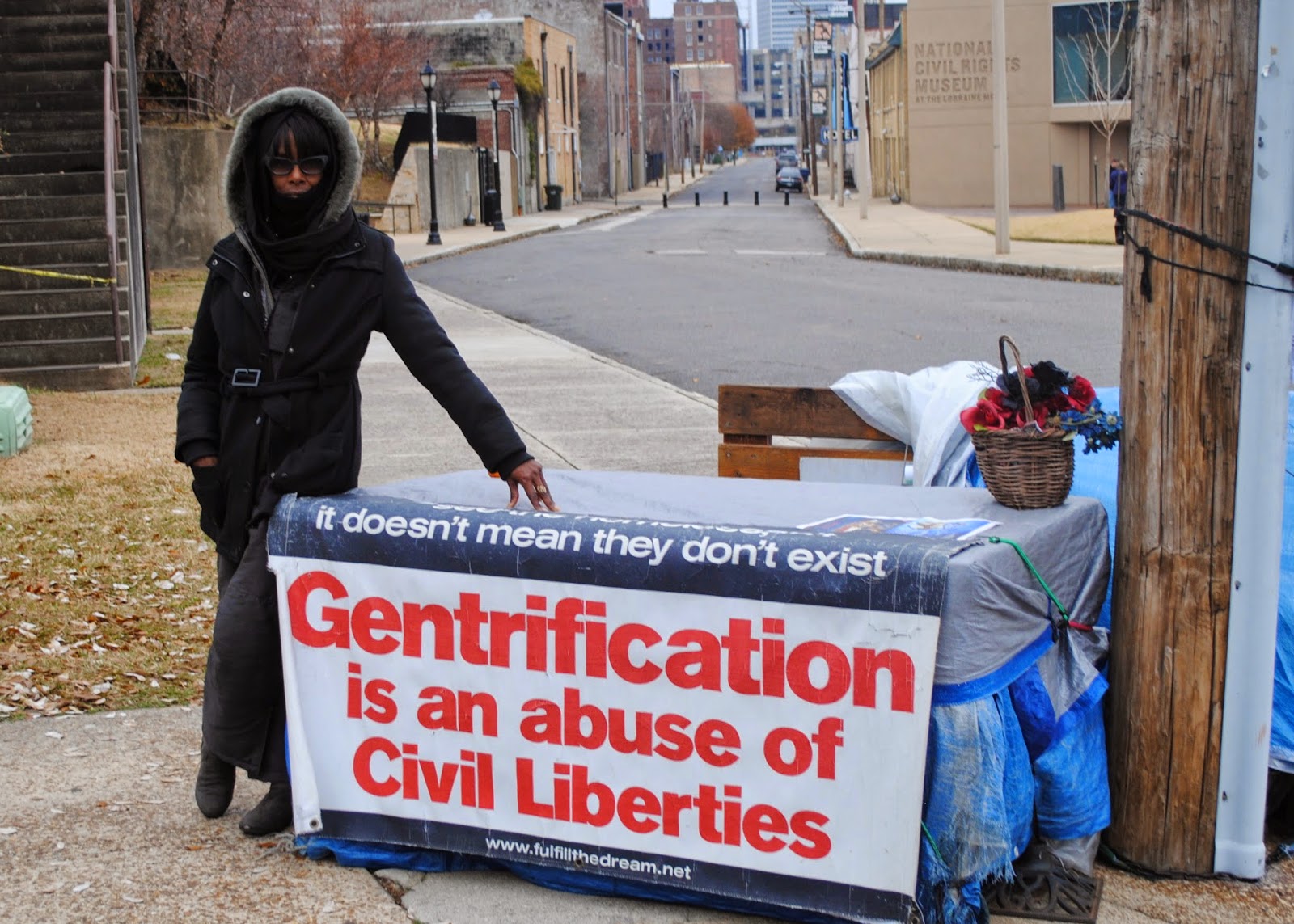 Jacqueline believes that the facility should be used for helping the poor and needy, rather than a celebration of Dr. King's death.  She also believes that this traditionally black neighborhood has been gentrified to the point that it has driven away all the blacks and poor people and become a rich white neighborhood.

While I was there I was fascinated with Miss Smith and attempted to shoot video of myself talking to her.  She did not want to be video taped, which I found a little strange for someone who is trying to get their message out.  I was interested in talking to her about her beliefs, but honestly she acted very tired.  She handed me a xeroxed article on herself and often referred me to the handout when I asked her questions.  Honestly, I guess sitting in the same spot talking about the same thing for 27 years can make one weary, but I guess I just figured she would have a little more fire inside, given her unwavering dedication.  Honestly, she didn't see them enthusiastic about talking about herself.  She talked with me about the weather and even asked me if I had visited Graceland yet.  I asked her if she was ever harassed by the museum or authorities, which for some reason she was evasive about, simply stating "I'm still here."  I thanked her for her time and wished her luck.  Regardless of what her message is, I can appreciate this level of dedication.  As I walked away I noticed a Memphis Police Car hovering around her.

I do think that regardless of the incarnation that this site should be preserved in honor of Dr. King.  At the same time, celebrating Dr. King's life is indeed more important then focusing on his death.  Dr. King's talk of equality and justice should never be forgotten.

So let's wrap up this discussion Dr. King with a photo gallery of Wax MLKs from all the Wax Museums I have been to...... 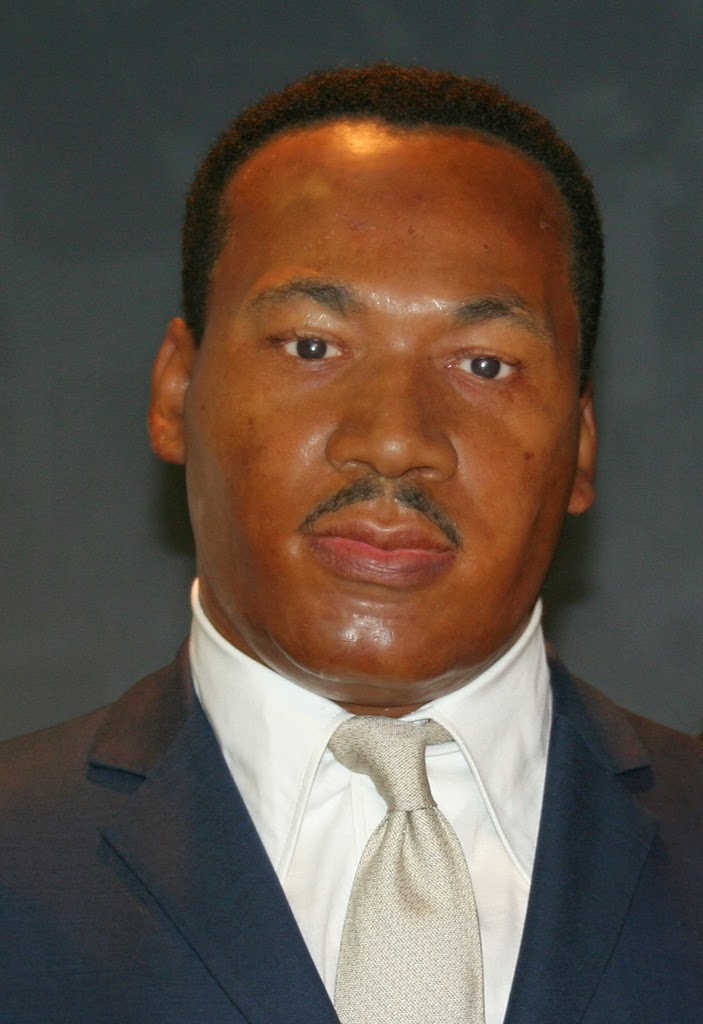 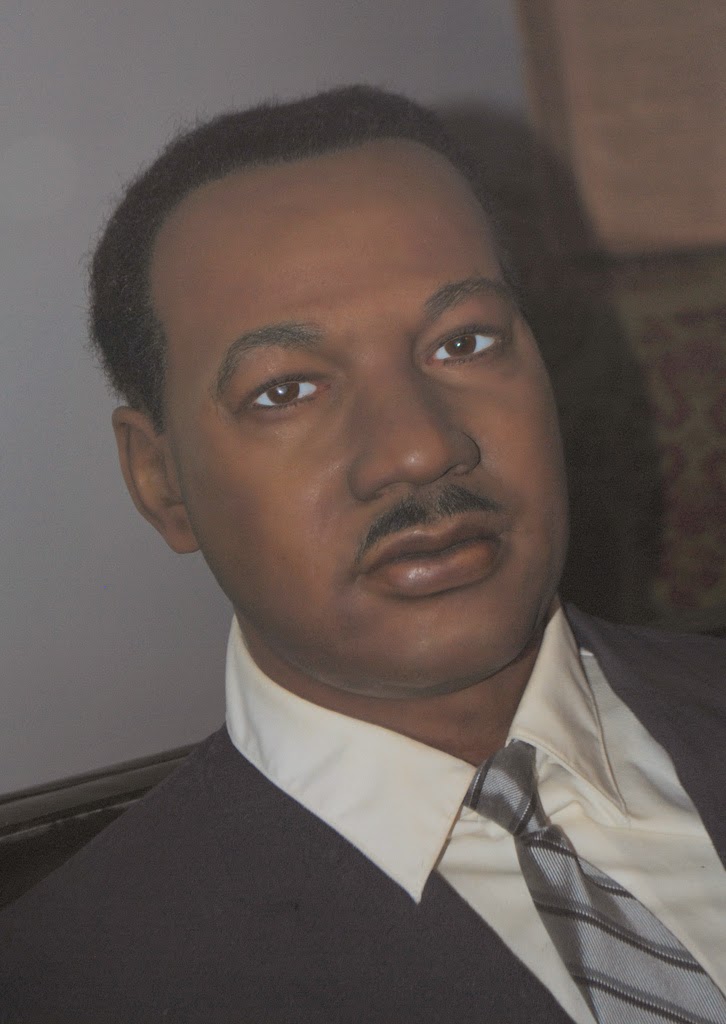 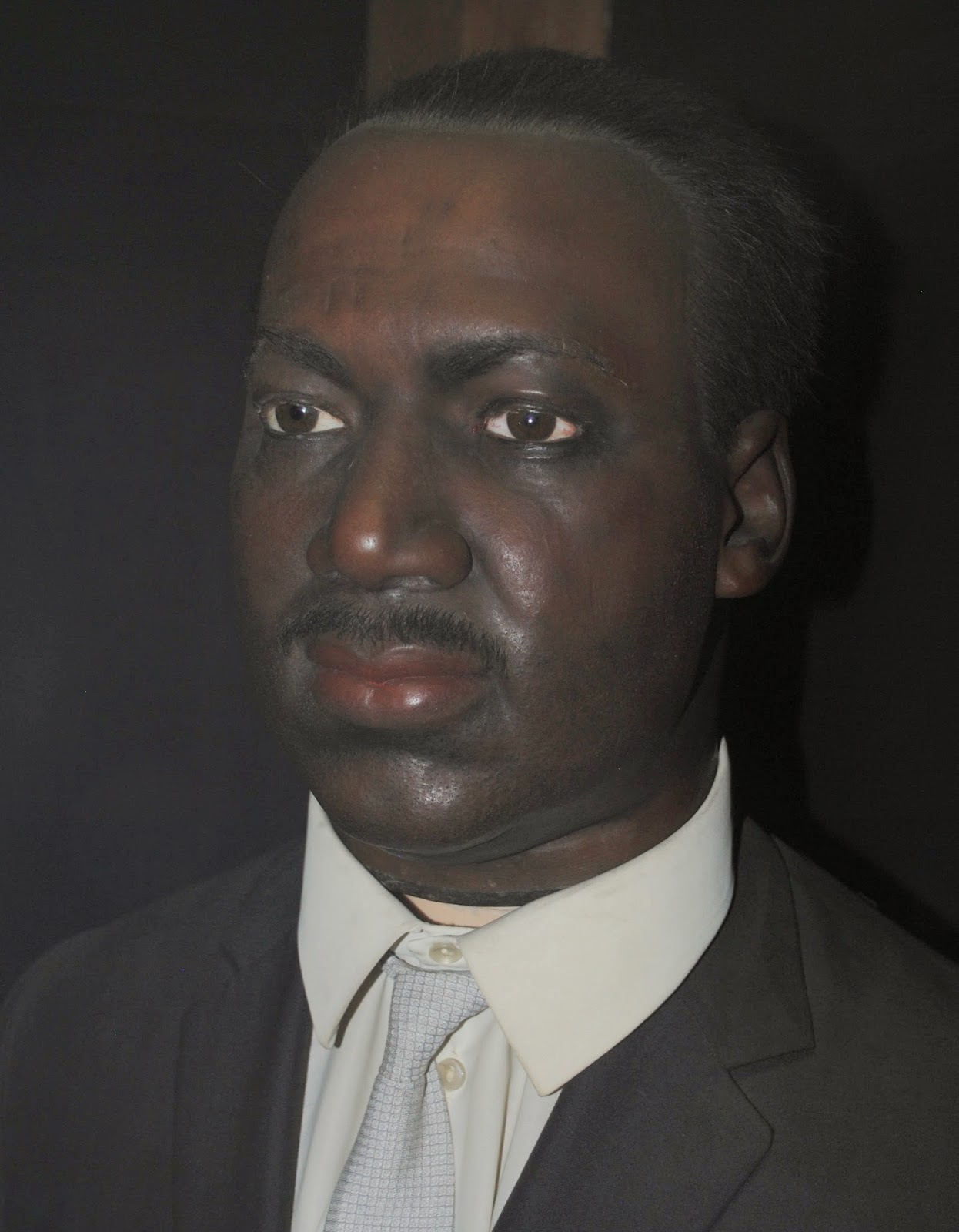 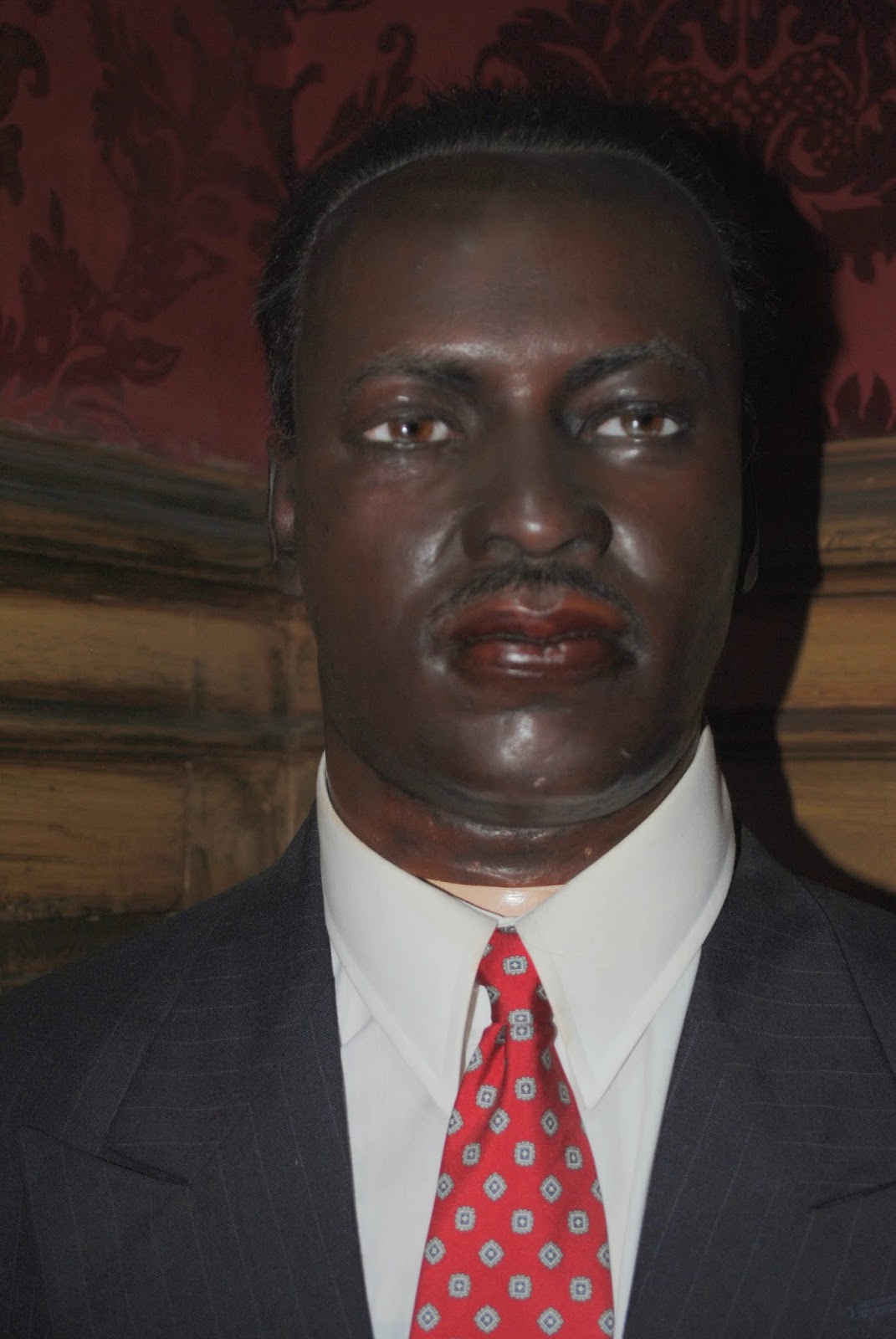 And I can't forget my Flickr Photostream, where all this got started.
Posted by Jacob at 9:19 PM