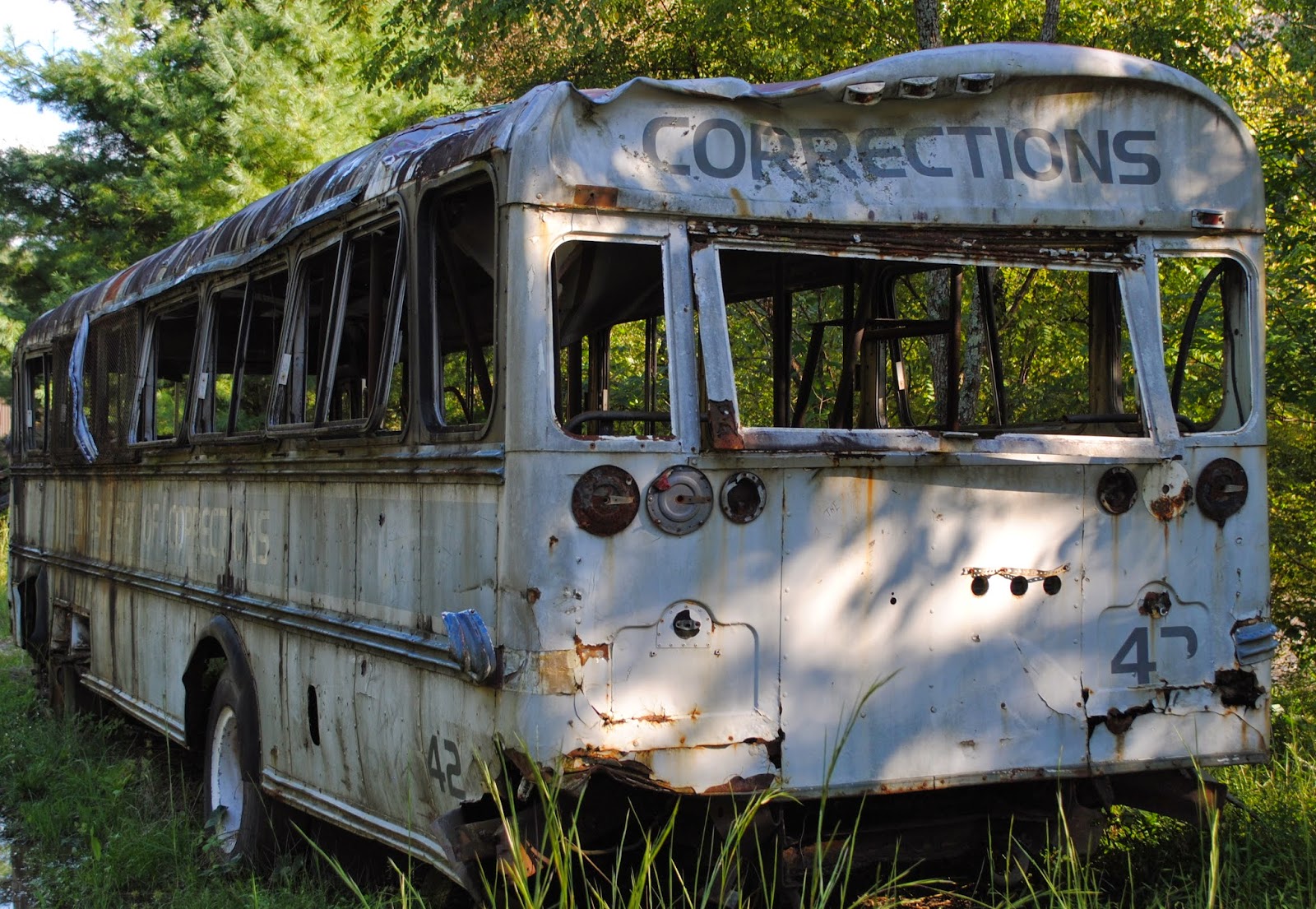 In 1993 film "The Fugitive" has left a lasting impression on the Smoky Mountains of North Carolina.  Several key scenes were filmed in Western North Carolina, most notably is the famous scene where the train crashes into a prison bus.  No fancy CGI was used in the creation of this scene.  They did things the old fashion way by having a train smash into a bus and filming it.

Over 20 years later the wreckage still sits in the small town of Dillsboro, NC.

I had scene the crash site before from a distant. as you can see it by pulling off to the side of the road.

However, after seeing Adam the Woo's adventure video. I wanted to try to get up close and personal with the bus.

Unfortunately, the bus sits next to a train track in a ravine.  I attempted to access the bus by climbing down the ravine, but this ended with me slipping and nearly rolling down the hill into a giant patch of Kudzu.  Briars tor up my arms, so I quickly realized I needed to come up with another plan.   I drove over a nearby bridge and crossed the river to a trailer park on the opposite side, where there was a very cleverly named road. 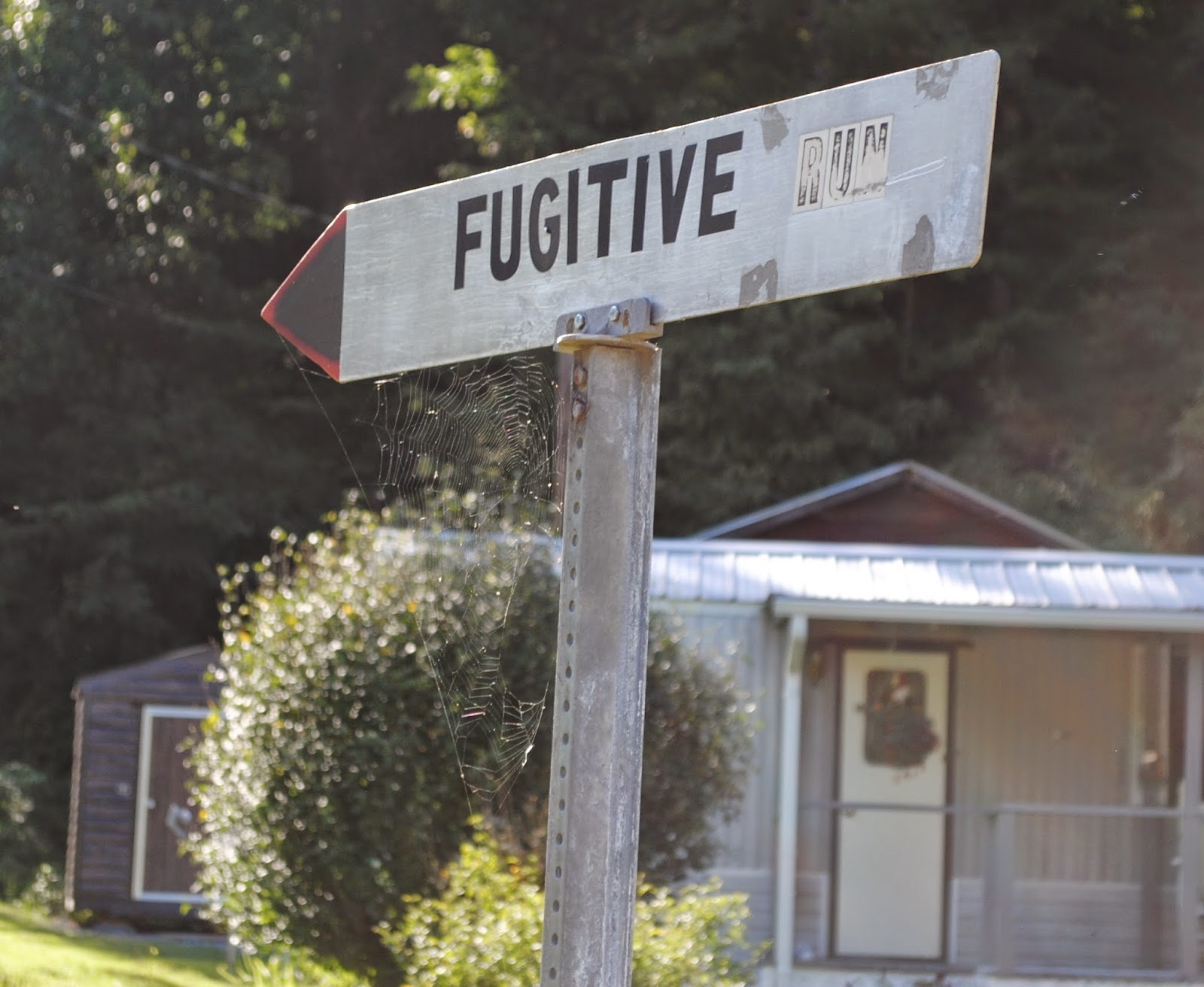 I decided that to attempt crossing the river to get to the crash site.  I removed my shoes and put my feet in.  I immediately sunk down into the much to my knees.  Apparently I was dealing with some sort of underwater quicksand.  I actually had a few seconds of God's honest panic as I struggled to pull my feet out of the much.  I walked away from the river defeated as I put my socks back on over my mucky toes.   As I was about to drive off and give up I noticed there was actually a small gravel road that actually led directly to the crash site.

There is actually two versions of the bus.  The unsmashed bus that is seen tumbling down the hill in the clip, still in the exact same spot that it lands in. 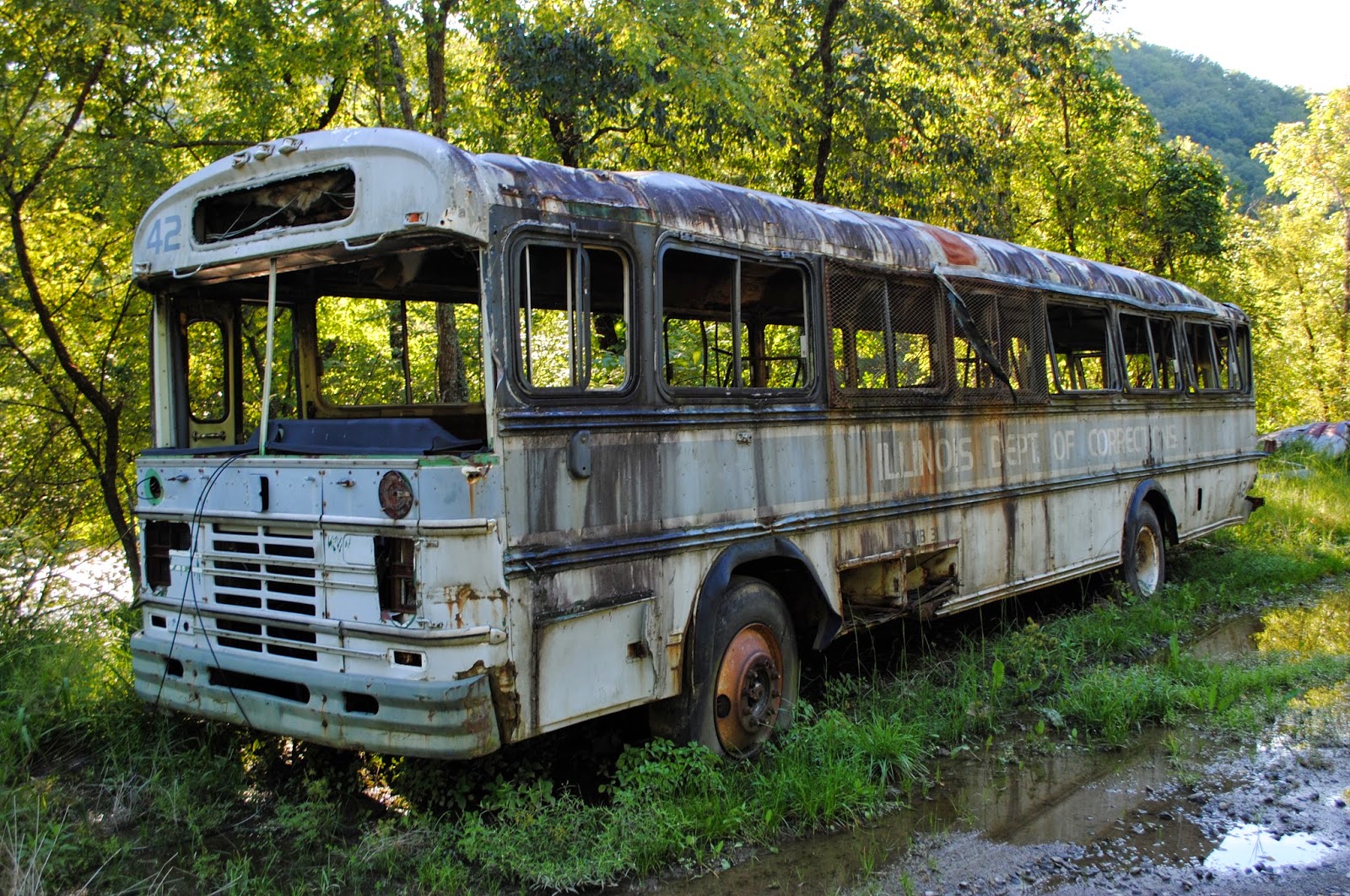 And of course there is the smashed version resting in front of the train that murdered it. 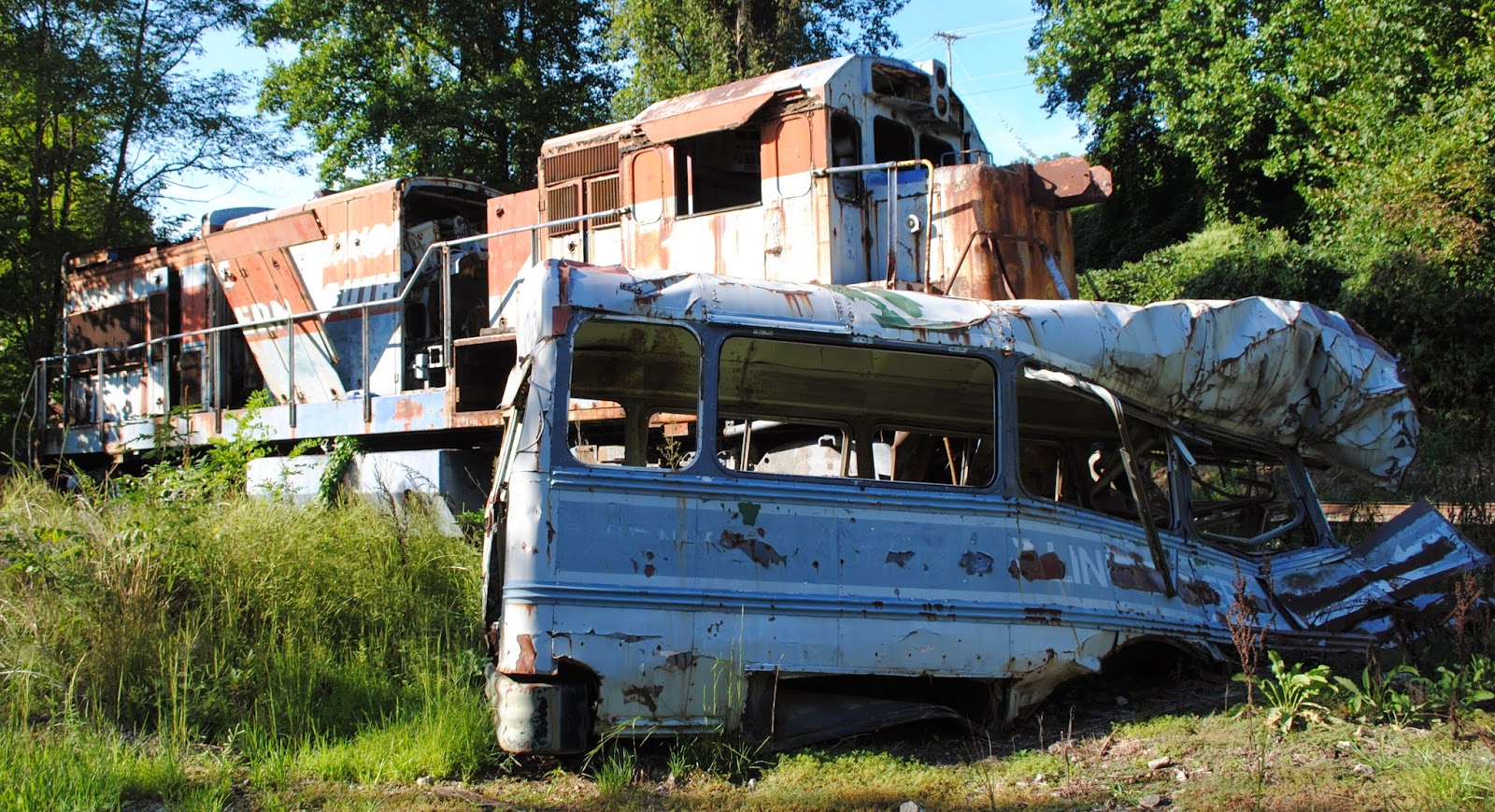 In a nearby rail yard there were several broken down trains.   As I was leaving I noticed something peeking at me through a train window. 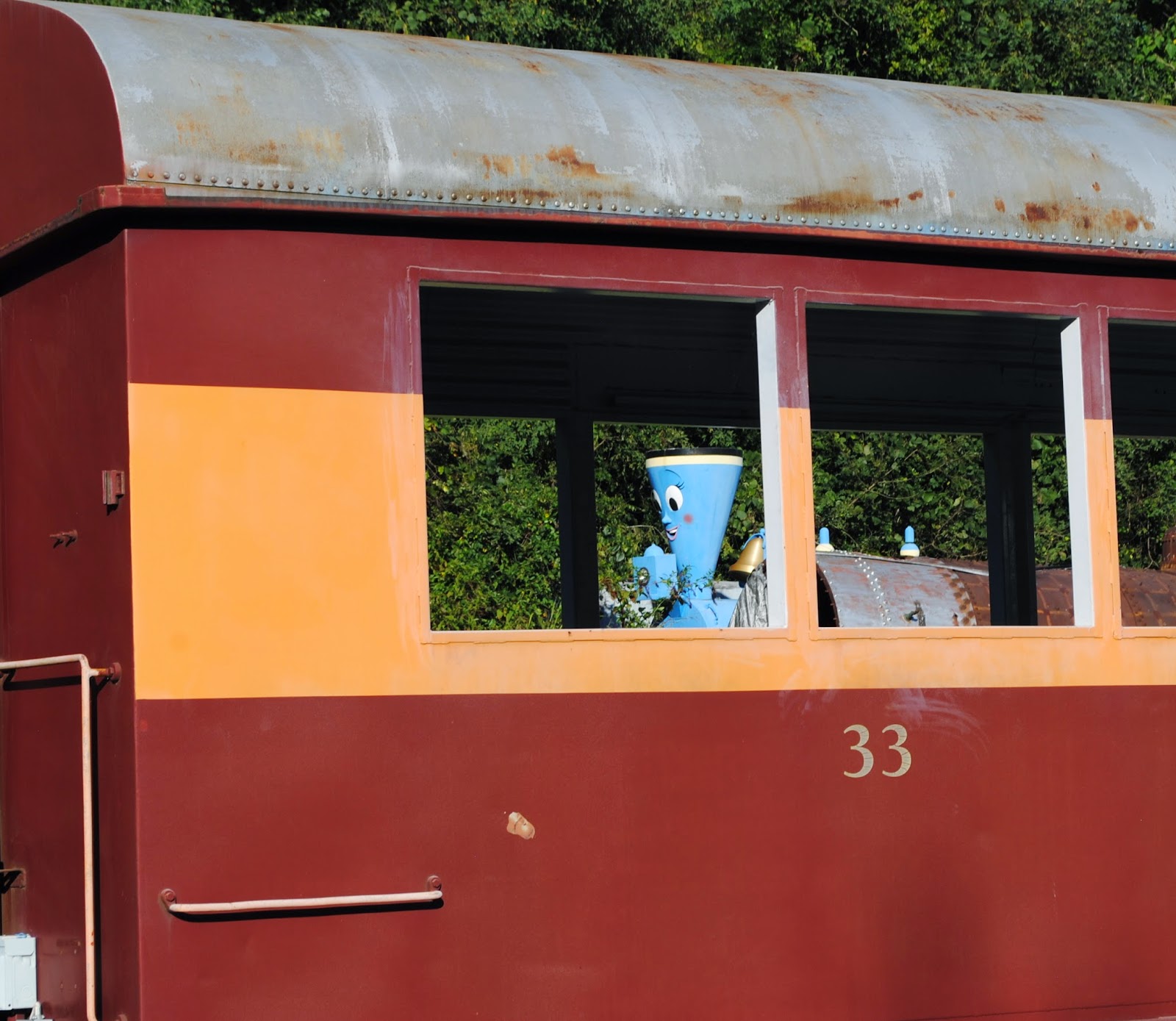 There was an abandoned, strangely anthropomorphic train poking out of the Kudzu. 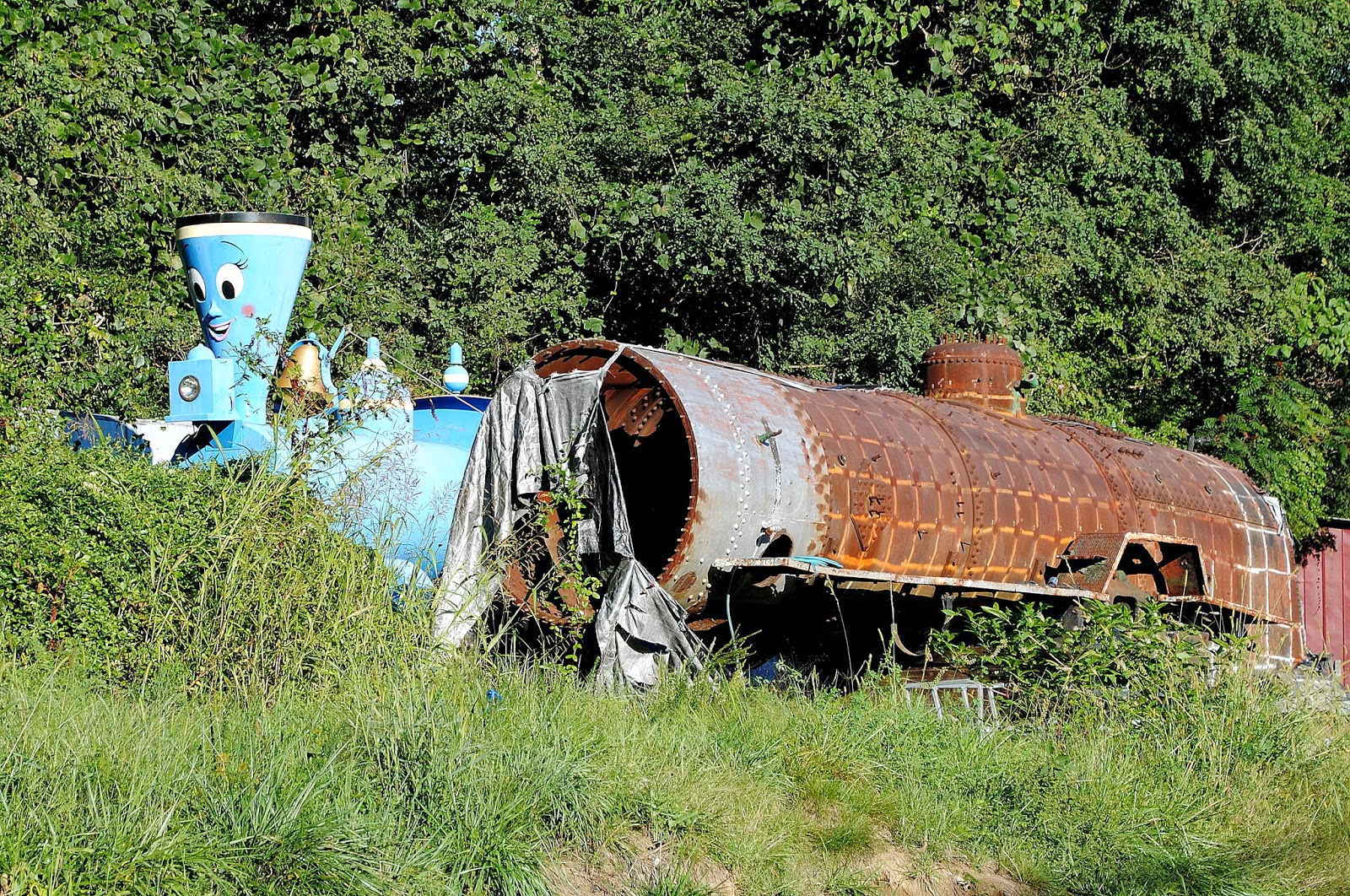 Oh yeah, and here's a video of me going on and on about some nonsense.

UPDATE: I have discovered the identity of the mysterious blue train.  Check it out HERE.