Nashville and the Charlie Daniels Museum

Now, as I have learned for my insanely jam-packed trip to St. Augustine, sometimes you just can't see all a city has to offer in one hour.  When I got to ride along with my wife on a work trip to Nashville we had approximately 1 hour of free time to soak to take in the city, so this was going to take some careful planning.

We took the time to see the Ryman Auditorium, which is the former home of the Grand Old Opry. 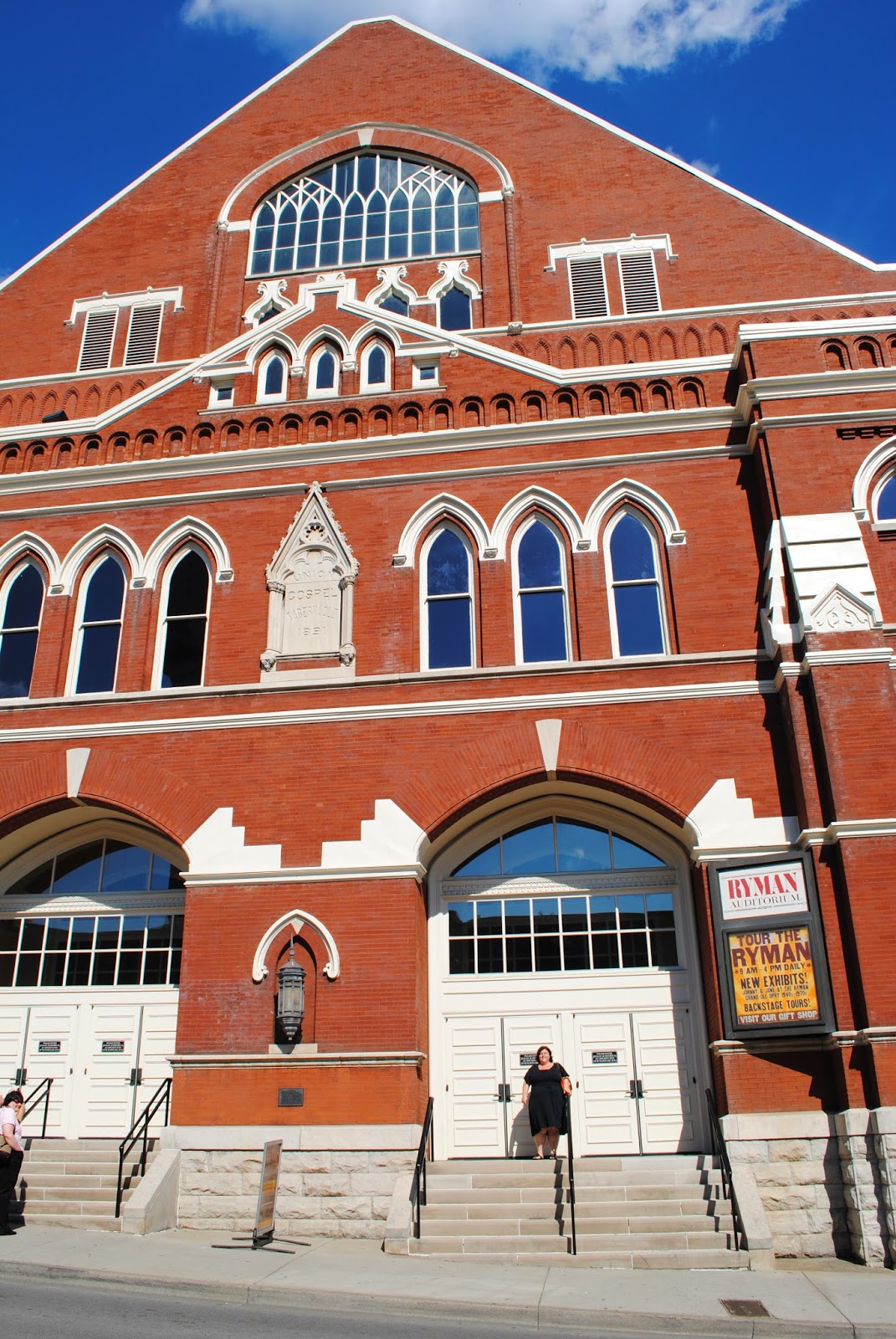 And of course we had to check out the OTHER must-see Nashville Landmark:  The Drake Motel. 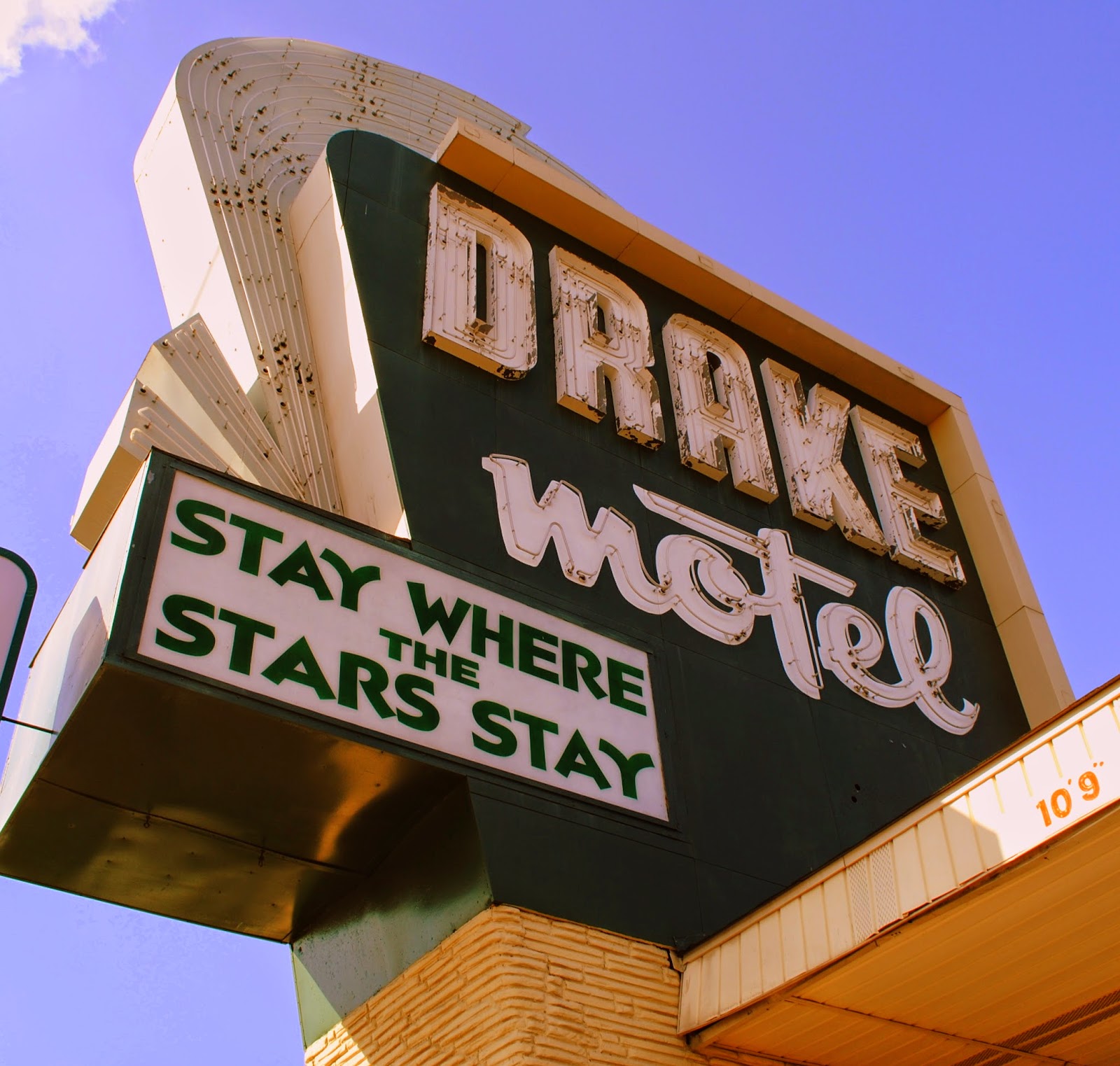 They Drake Motel was featured prominently in the movie "The Thing Called Love" staring River Phoenix.  Its billed "as where the starts stay".  Hey, let's check out their Trip Adviser page!

Here's are the titles of some of the reviews:

"I got robbed.  Enough said"-One star

"Awesome, if your not a baaaaby"-Five stars

We took a stroll down Broadway Street, which is lined with Country Music Bars.  Live country music spilled into the street at 1:00 in the afternoon. 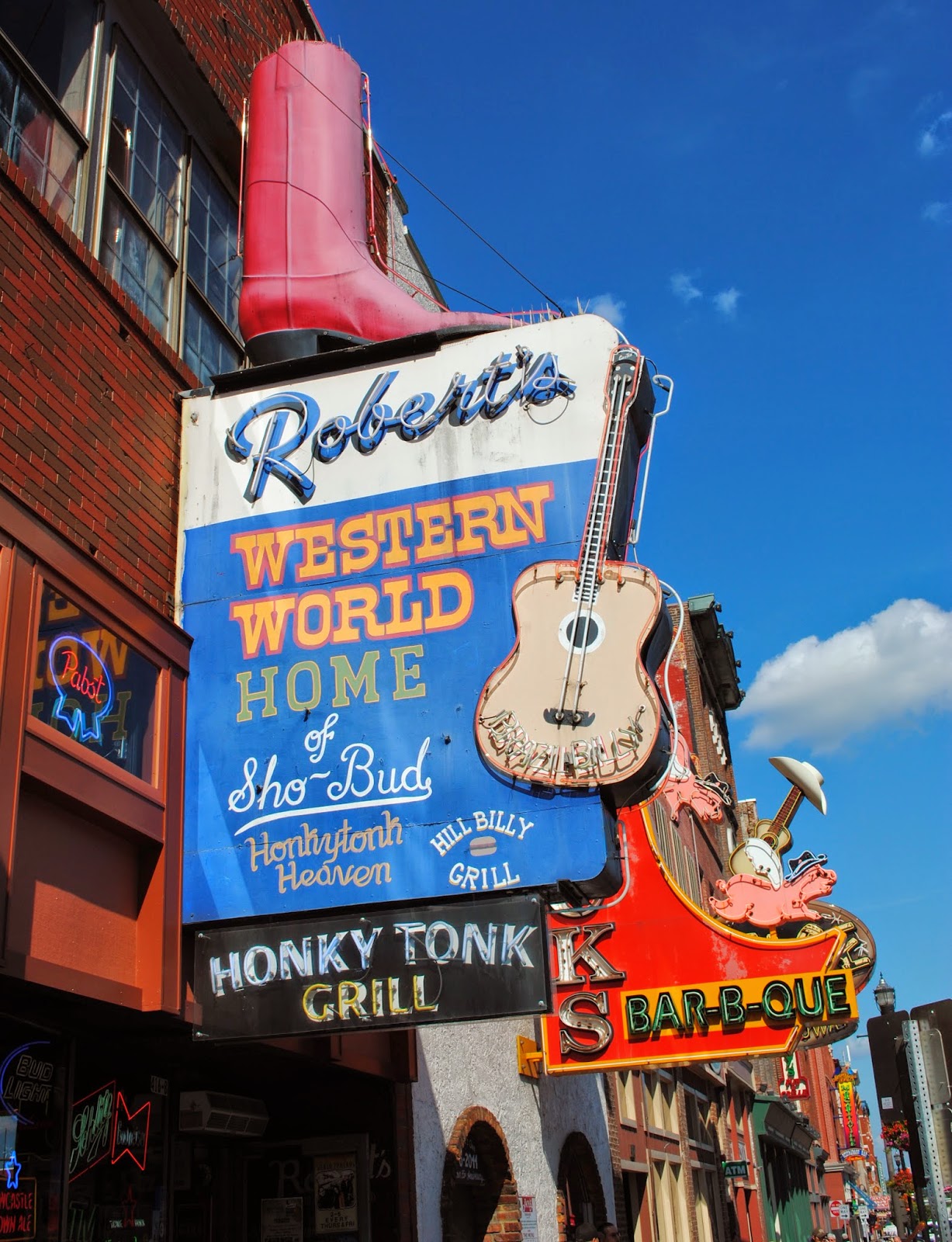 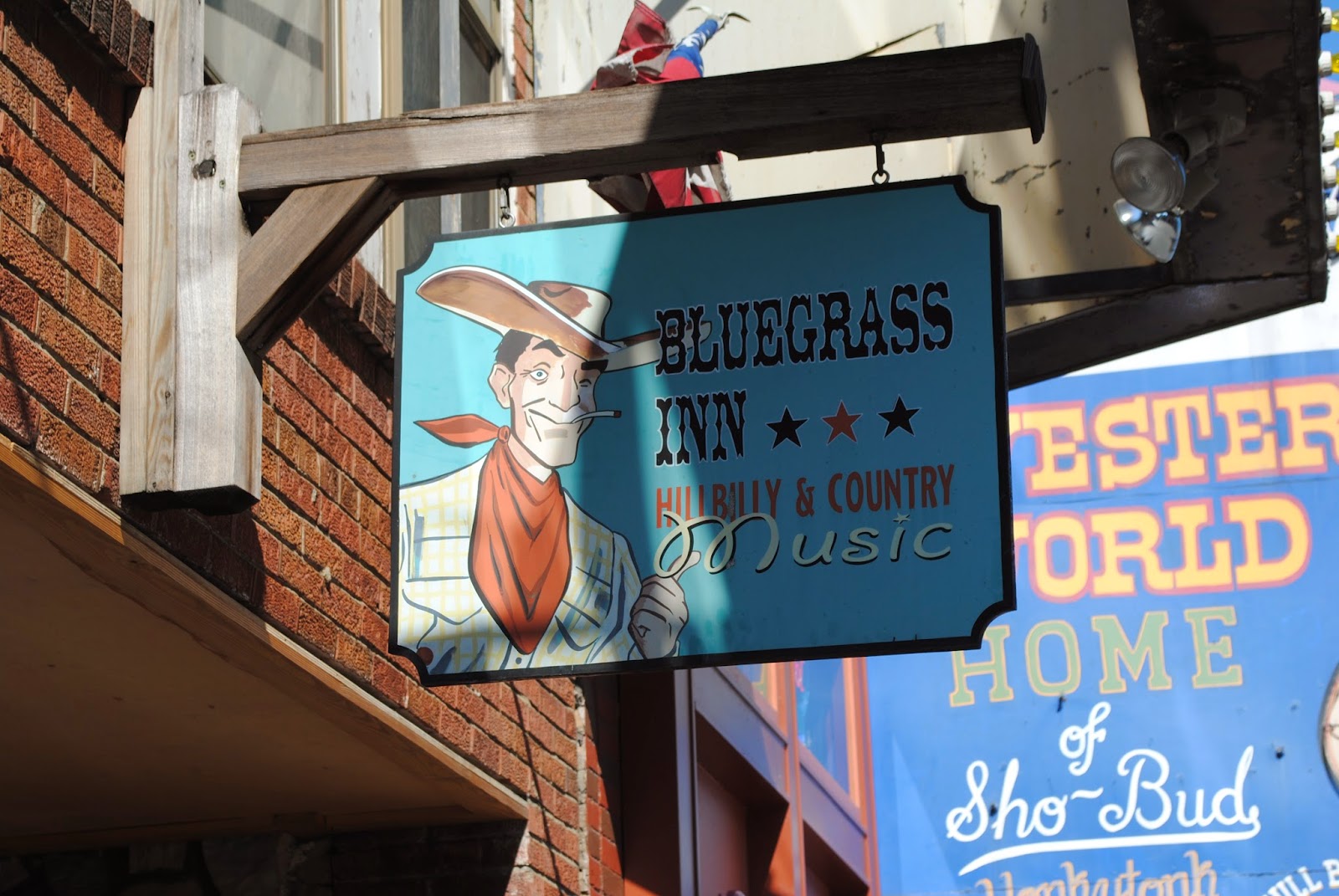 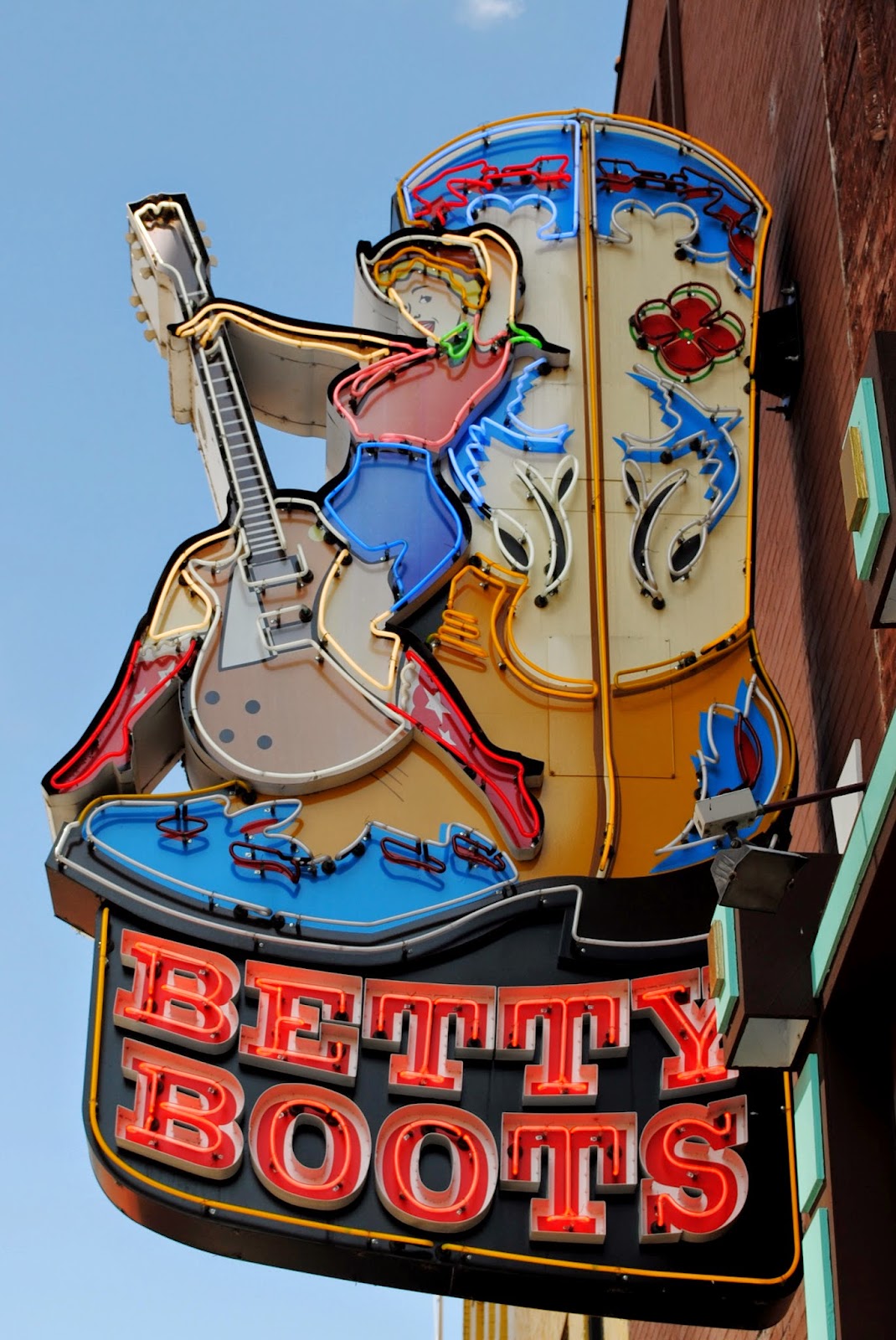 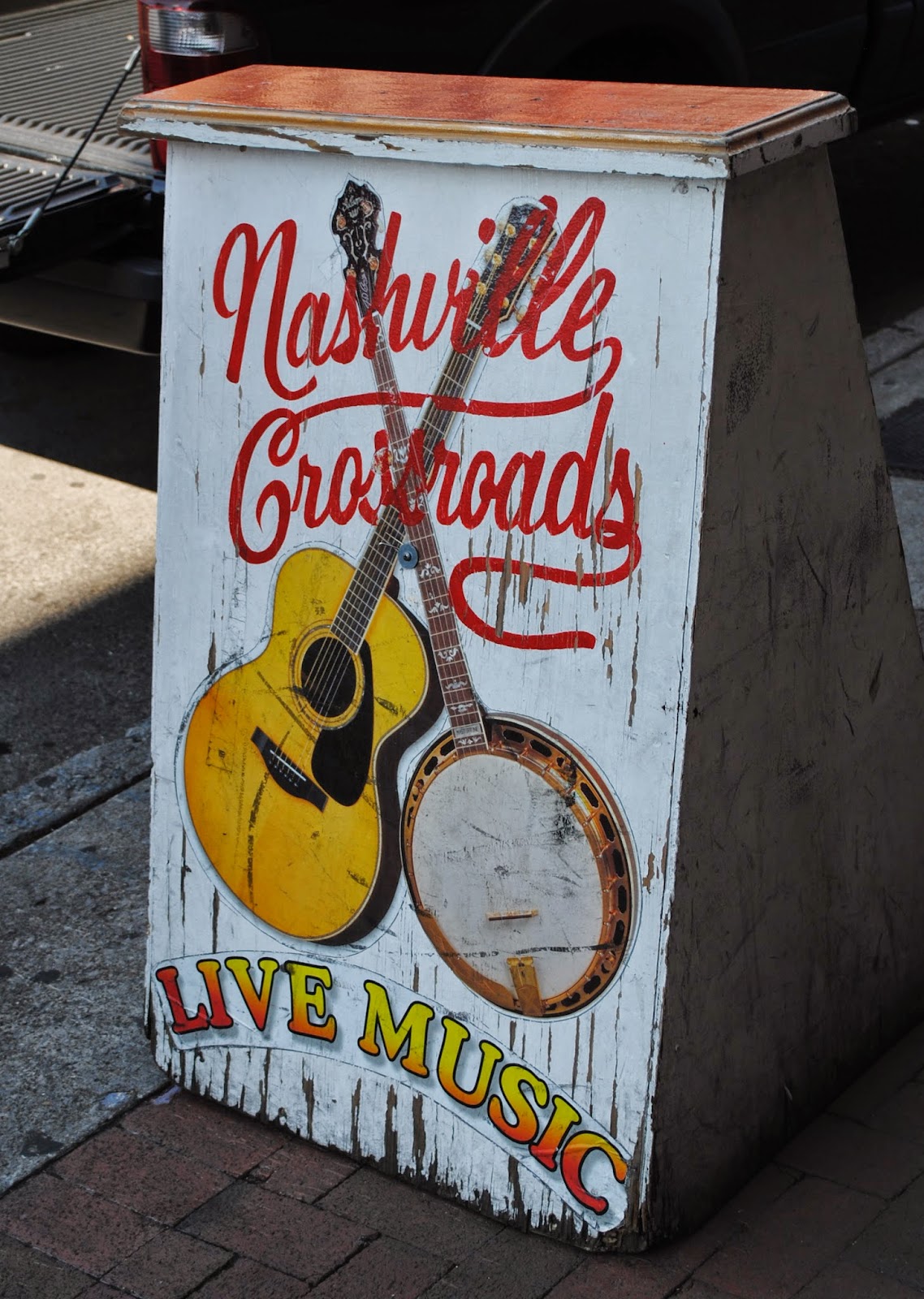 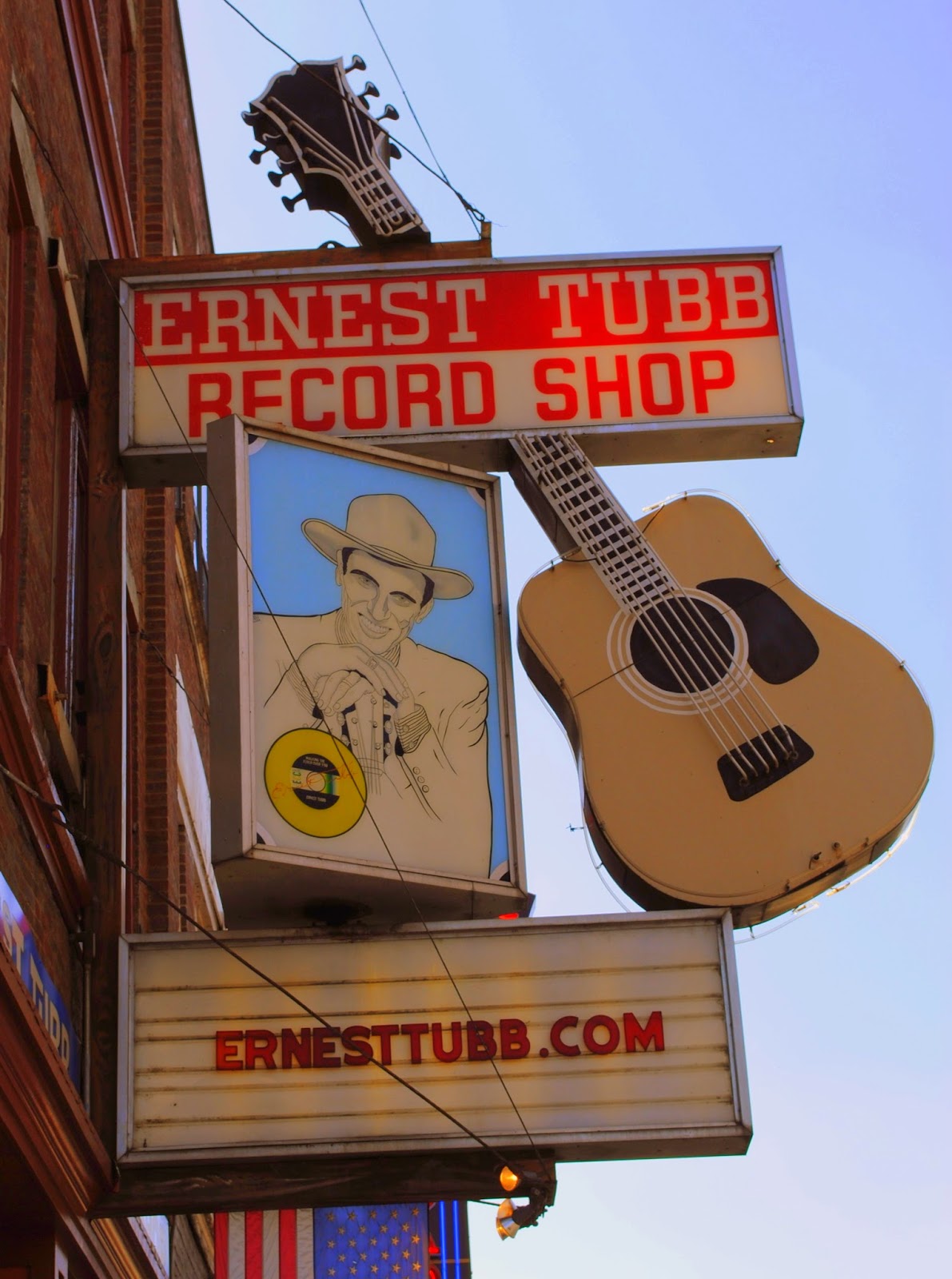 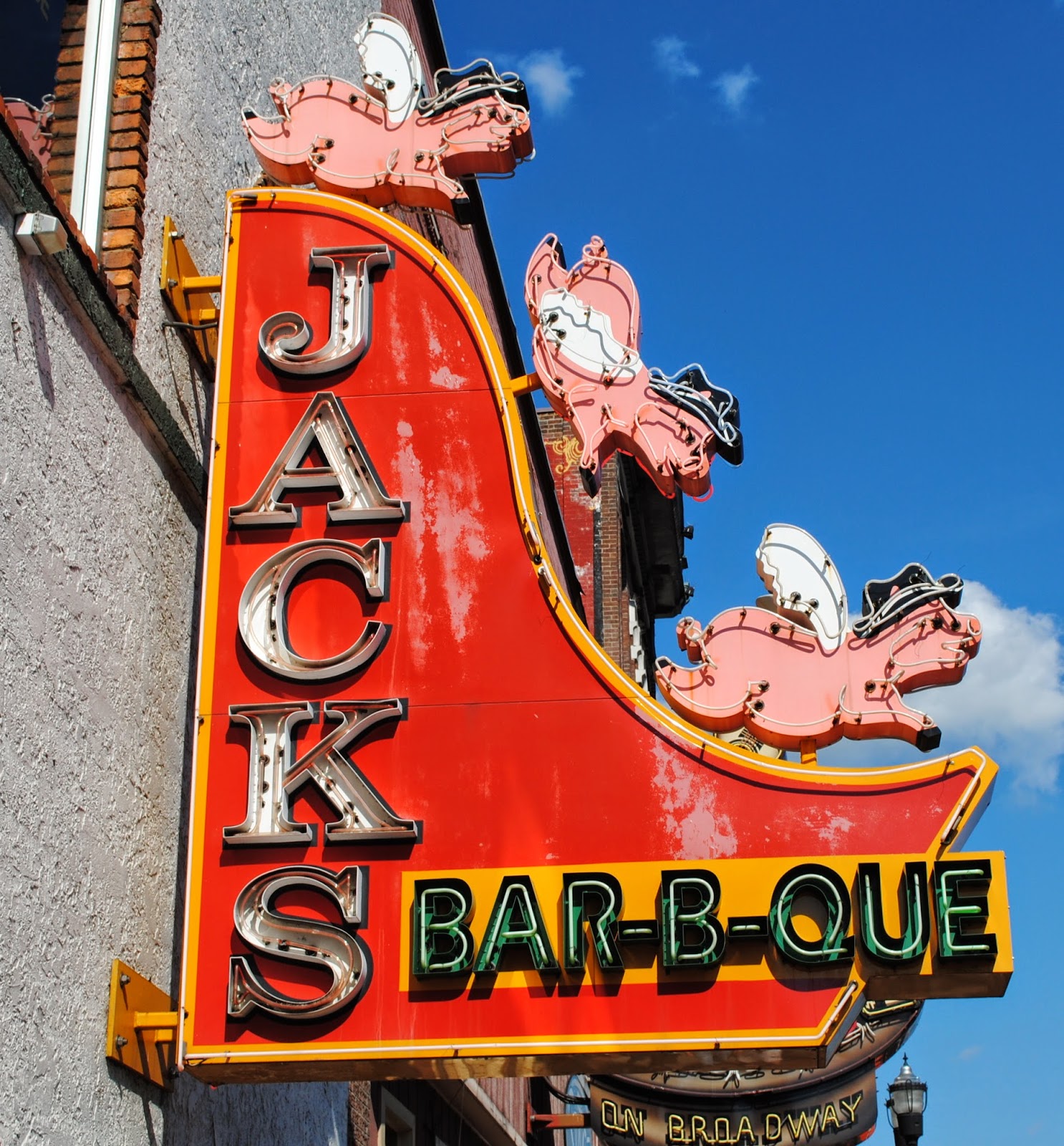 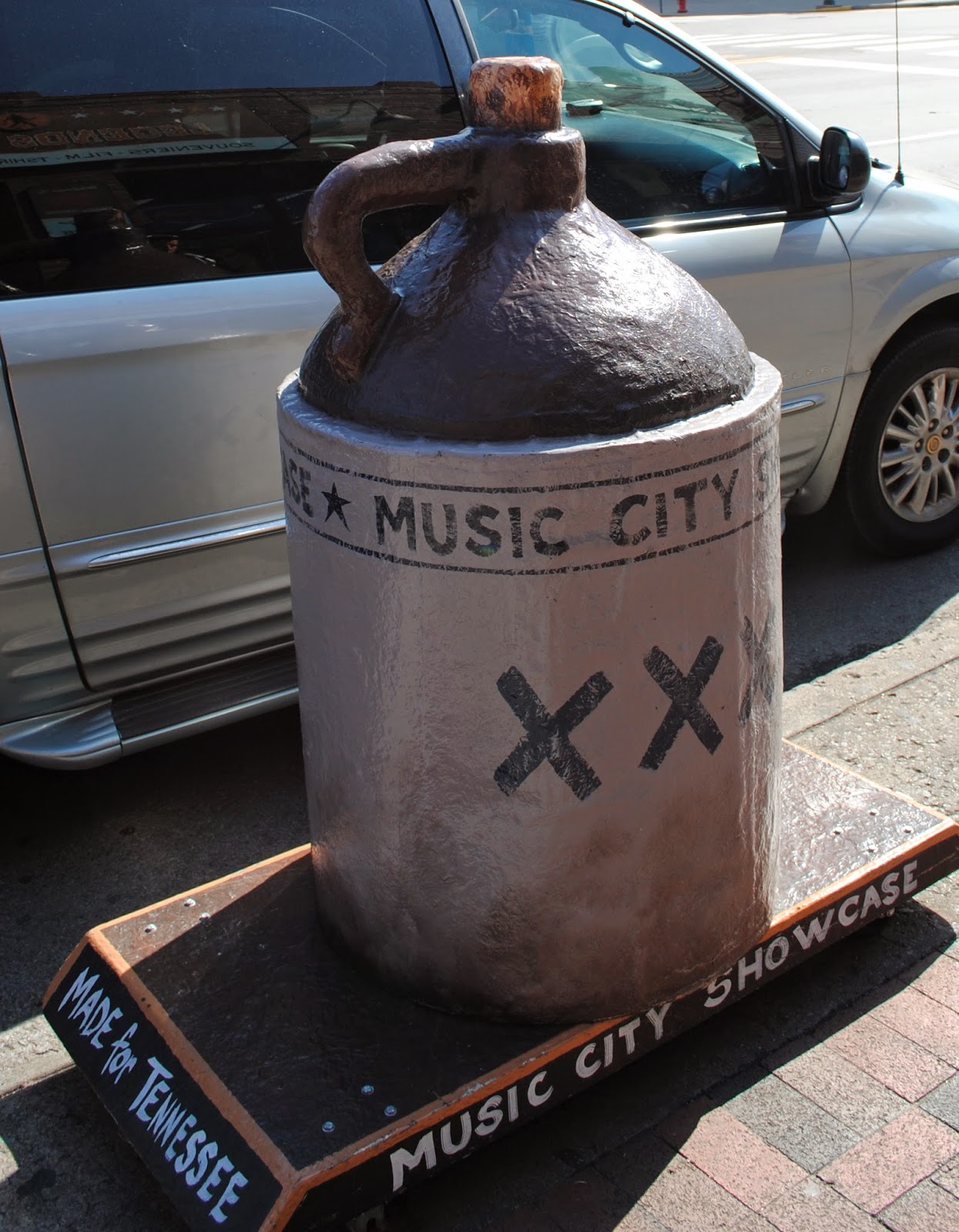 It was all pretty charming except for the hideous AT&T building towering overhead. 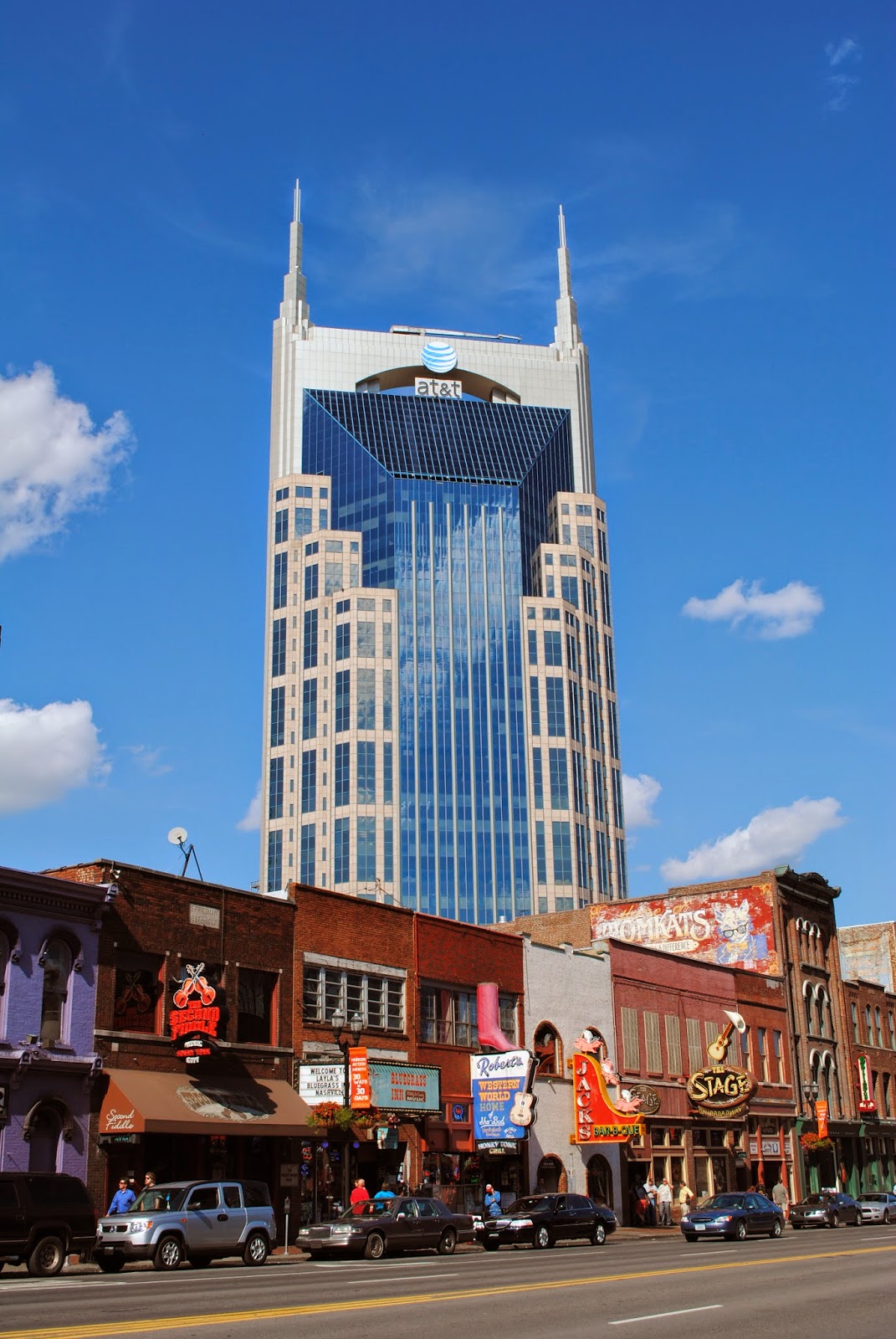 But time was short, so we only had time for one real attraction.   My first choice would have been the Music Valley Wax Museum, but sadly it was destroyed in the horrible flood Nashville had.  So, I dragged my wife to my second choice. 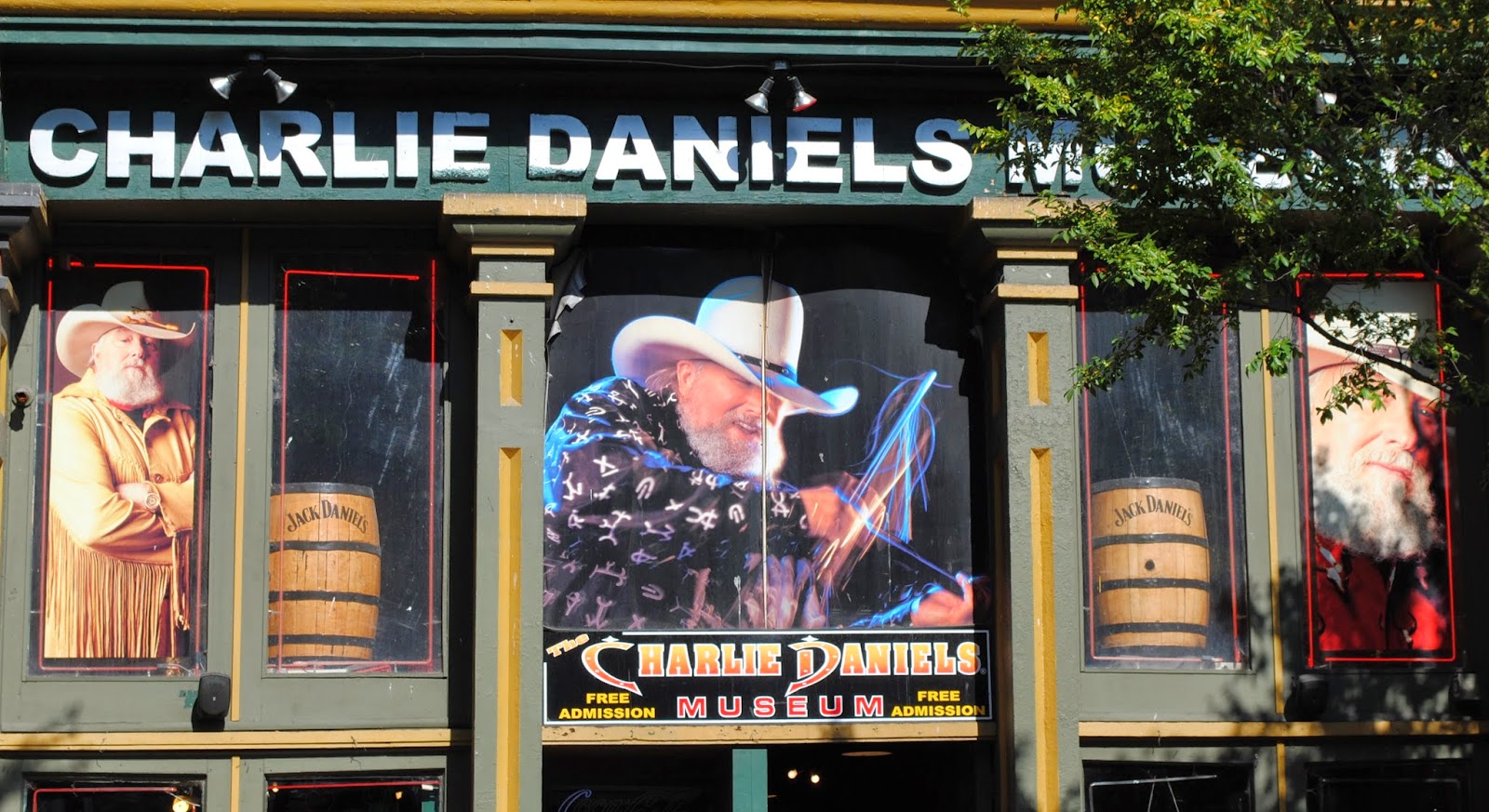 The Charlie Daniels Museum!  Its not like I am some sort of diehard Charlie Daniels fan, but no one can argue that "The Devil Went Down to Georgia" is one of the greatest songs of all time.

The museum itself was in the back of sparse dingy gift shop that sold shirts like this. 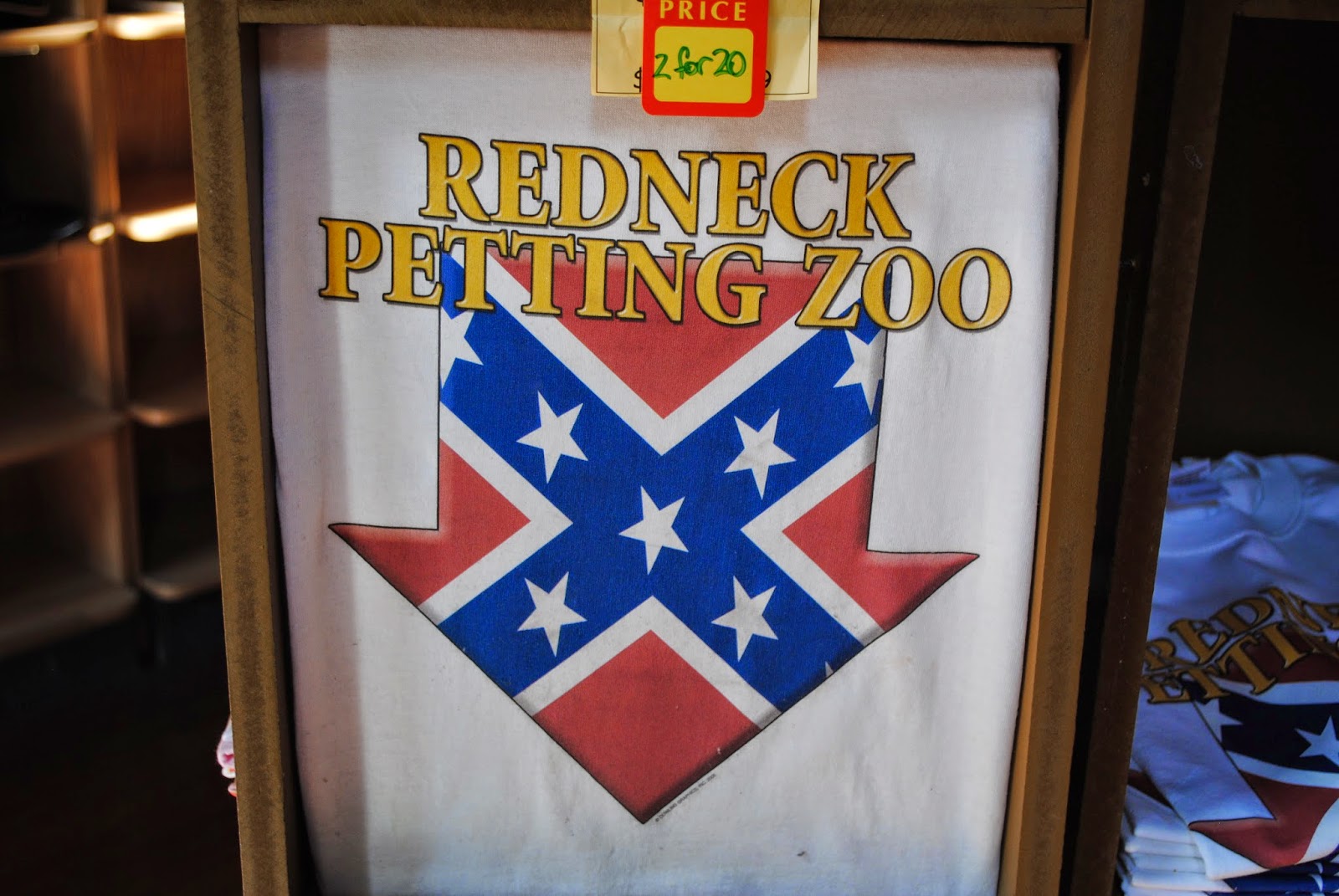 In the back was the Museum, which contained artifacts from Charlie's life, mostly comprised of outfits and awards. 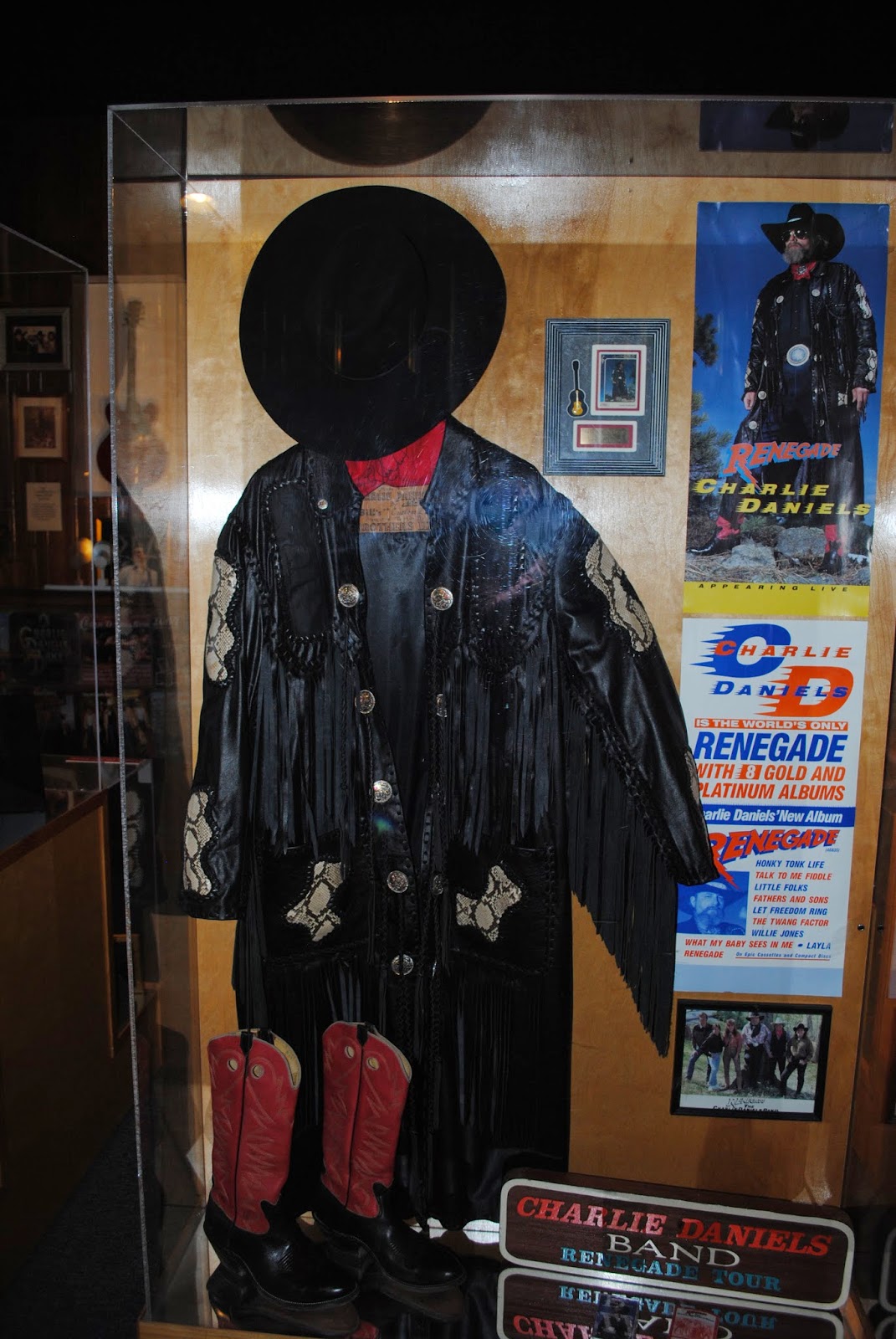 Of note is the Golden Fiddle that Charlie won from the Devil himself.......

Other instruments of note include  Ronnie Van Zandt's guitar..... 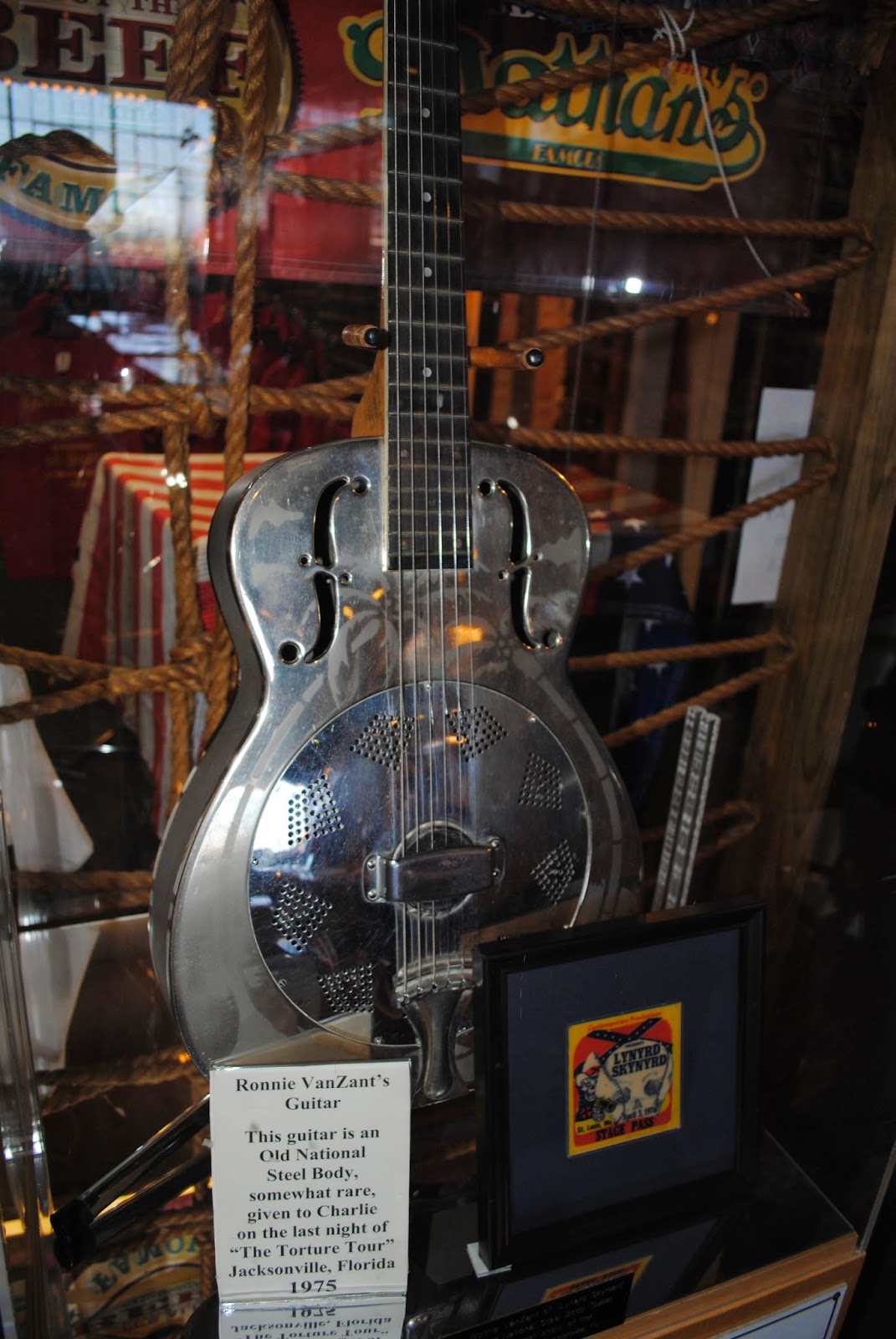 A chunk of the twin towers' steel carveed into a cross and placed in a guitar case along with an American flag guitar..... 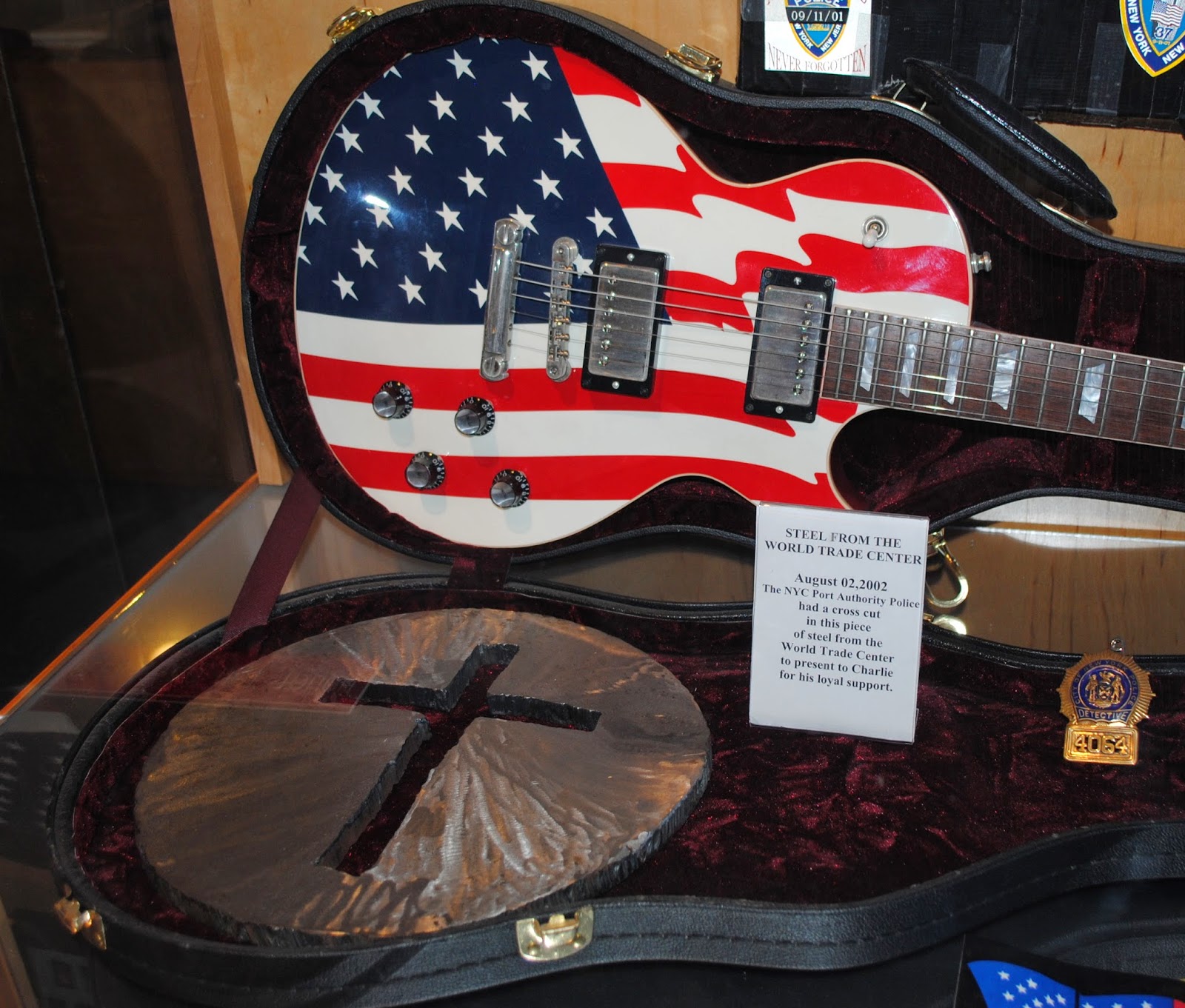 And this Nativity Guitar.... 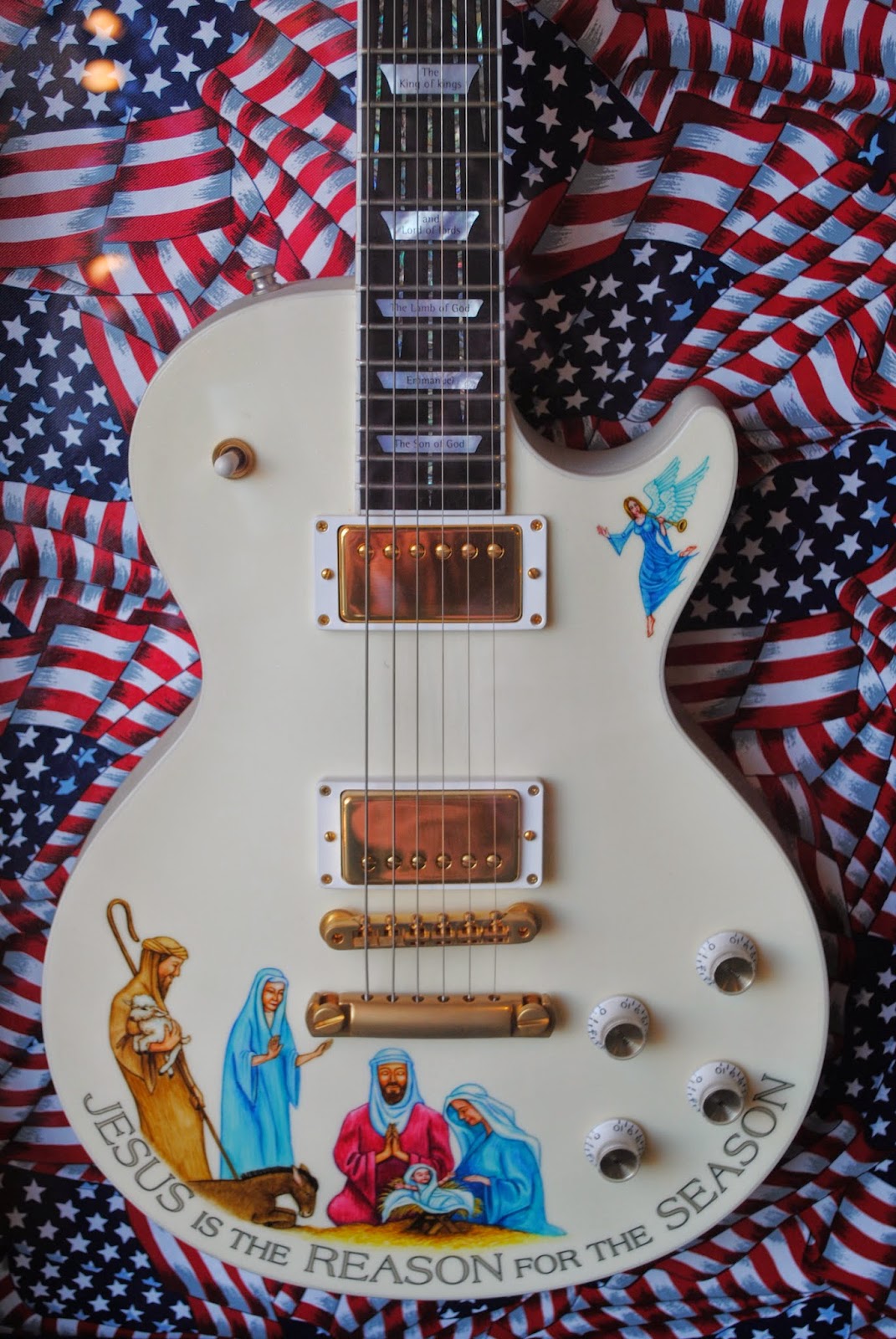 And of course what good country boy would have a museum without a picture of his mama? 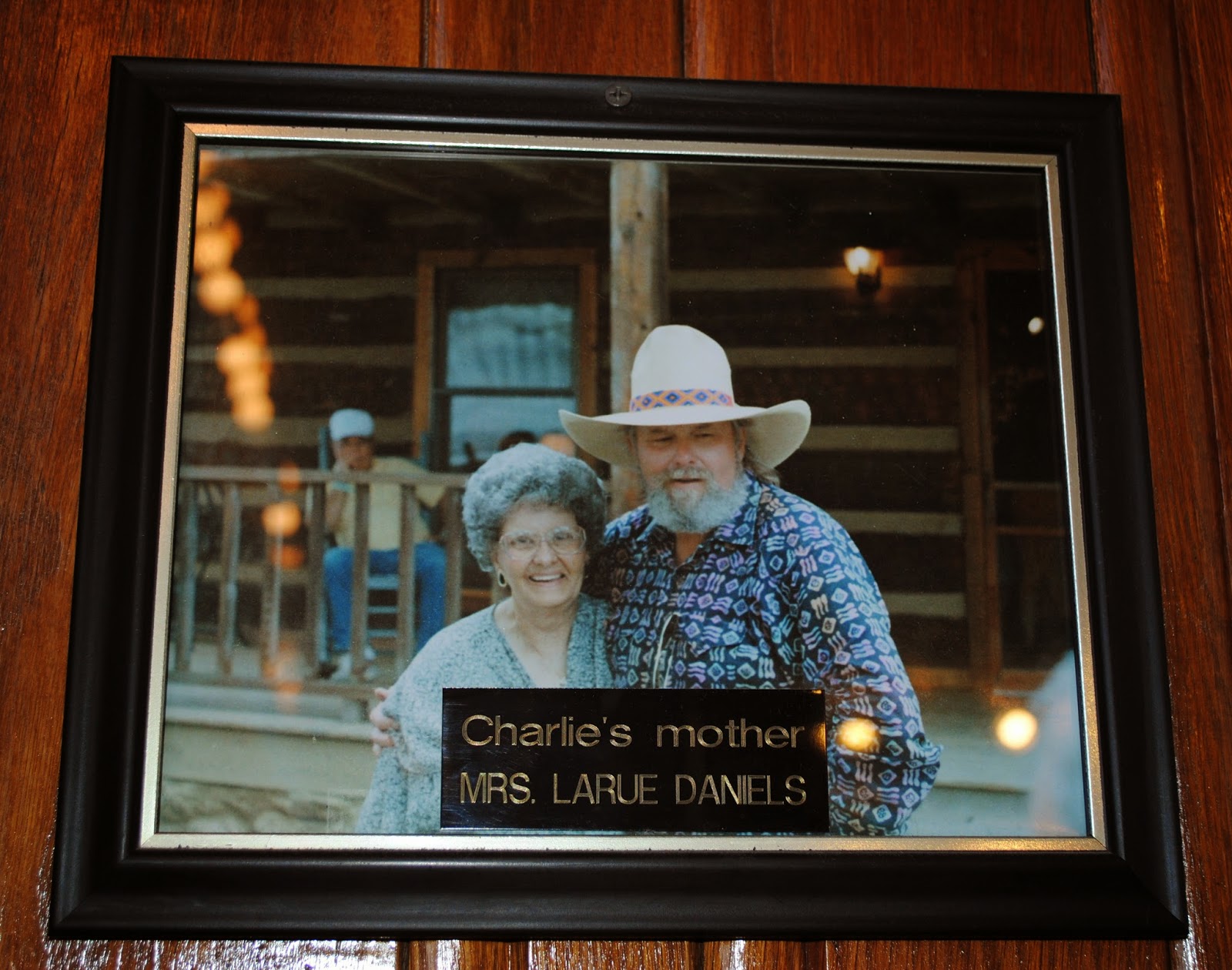 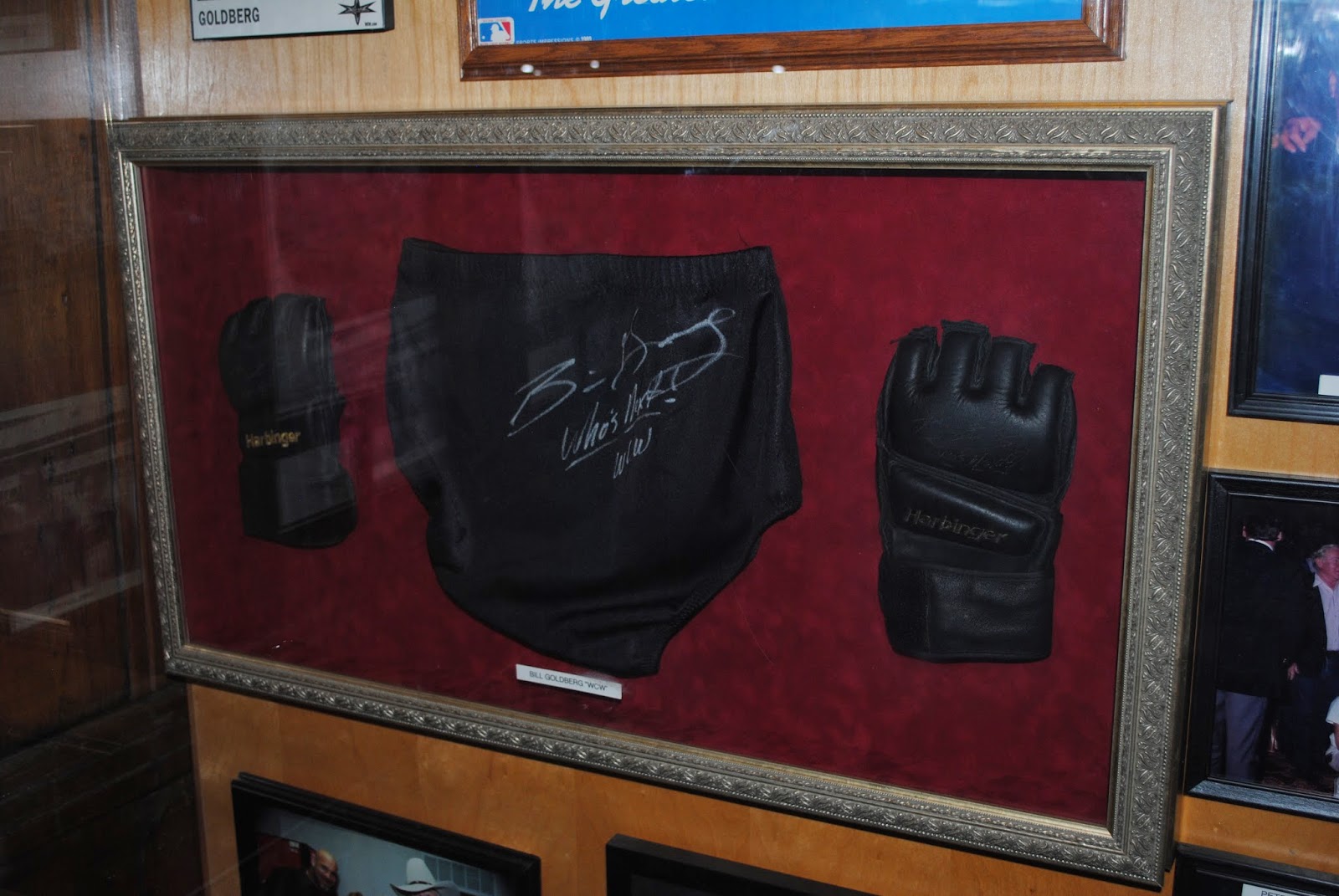 And my favorite:  A stuffed Raccoon playing the fiddle..... 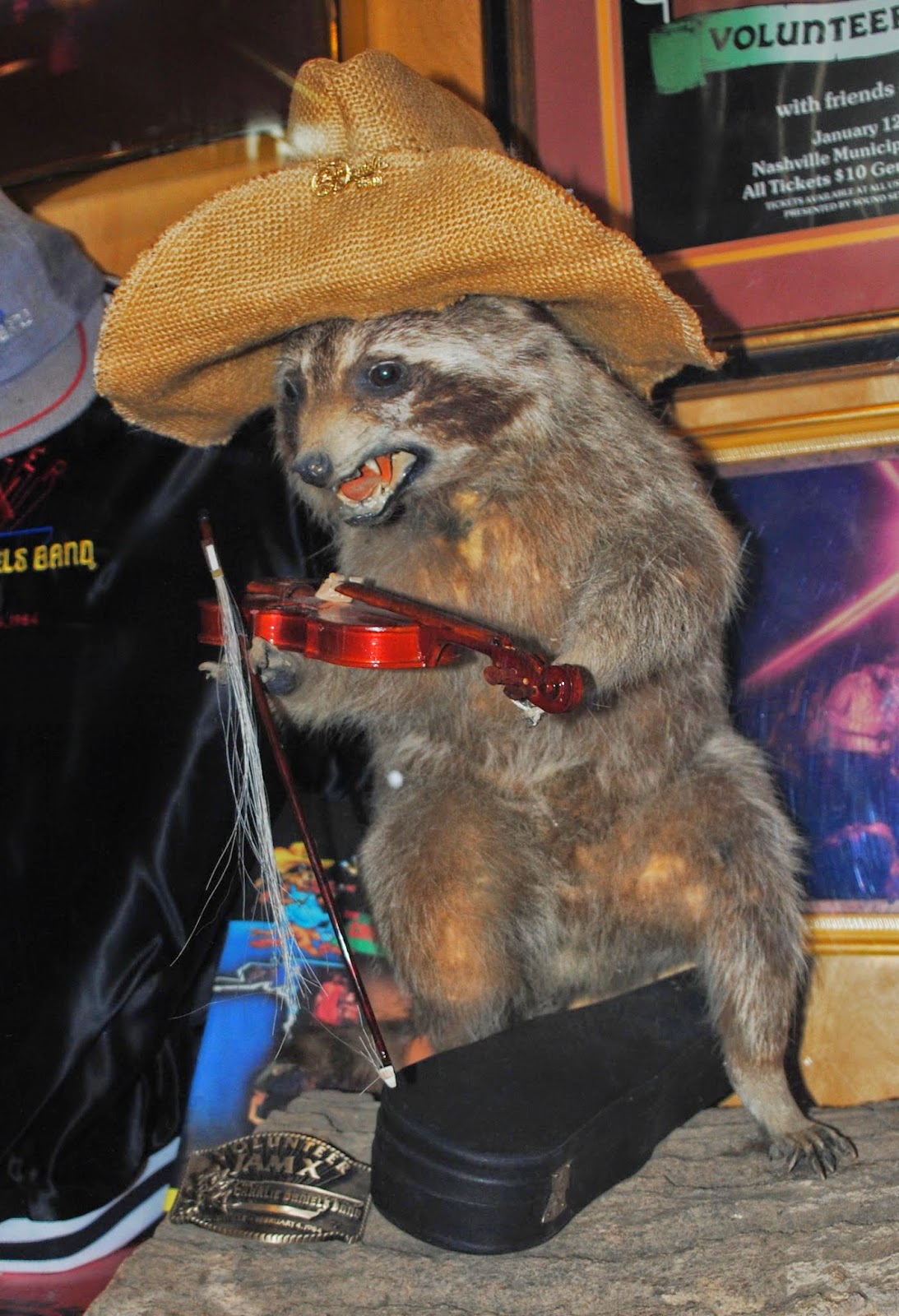 Sadly, the Charlie Daniels museum shut down shortly after I visited.  No word on what happened to the Raccoon.

So, there is my incredibly abbreviated trip to through Music City.  I'm sure there is plenty more to see.  Maybe next time I will rent a room at the Drake Motel and stay awhile.