An hour away from the majesty of Walt Disney World lies the small town of Gibsonton, FL.  Gibsonton, or Gibtown to those in the know, has made its claim to fame as Showtown, USA.  In the Golden days of the Carnival Gibsonton was where the performers went in the winter.  It was a town where circus freaks and carnies could reside without feeling out of place.

At the heart of the town was Al Tomaini, a 7 foot 11 circus giant, who was a civic leader and ran the "Giant's Camp" a lodge and resident.   Al's wife Jeanie had no legs and performed in the sideshows as "The Half Girl".  Together they were billed as "The World's Strangest Couple."

Al would serve as fire chief, while the police chief was a dwarf by the name  of Colonel Casper Balsam, who was featured in the Wizard of Oz.

Other famous residents of Gibsonton include Priscilla the Monkey Girl, legendary sideshow performer and world's most famous bearded lady.

Gibsonton was also home the legendary Stiles clan, a family of Lobster People headed by the notorious Grady "Lobster Boy" Stiles.  Grady and his children were afflicted with ectrodactyly syndrome, which gave them claw like appendages.  Despite being one of the most famous sideshow performers of all time, Grady was a crazy drunken maniac.  He would savagely beat his whole family despite having no functional legs.  He would also murder his daughter's fiance.  He would be convicted of the murder, yet end up not going to prison because they did not know to meet Grady's unique physical needs.  Grady would end up being murdered by his wife, who would end up serving a 12 years in prison. 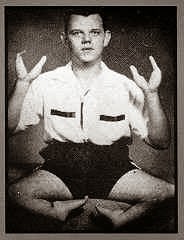 On my recent trip to Florida, I decided to take a drive through Gibsonton to see what it was like in modern times.

The most notable landmark to Gibsonton is this monument to Al and Jeanie Tomaini. 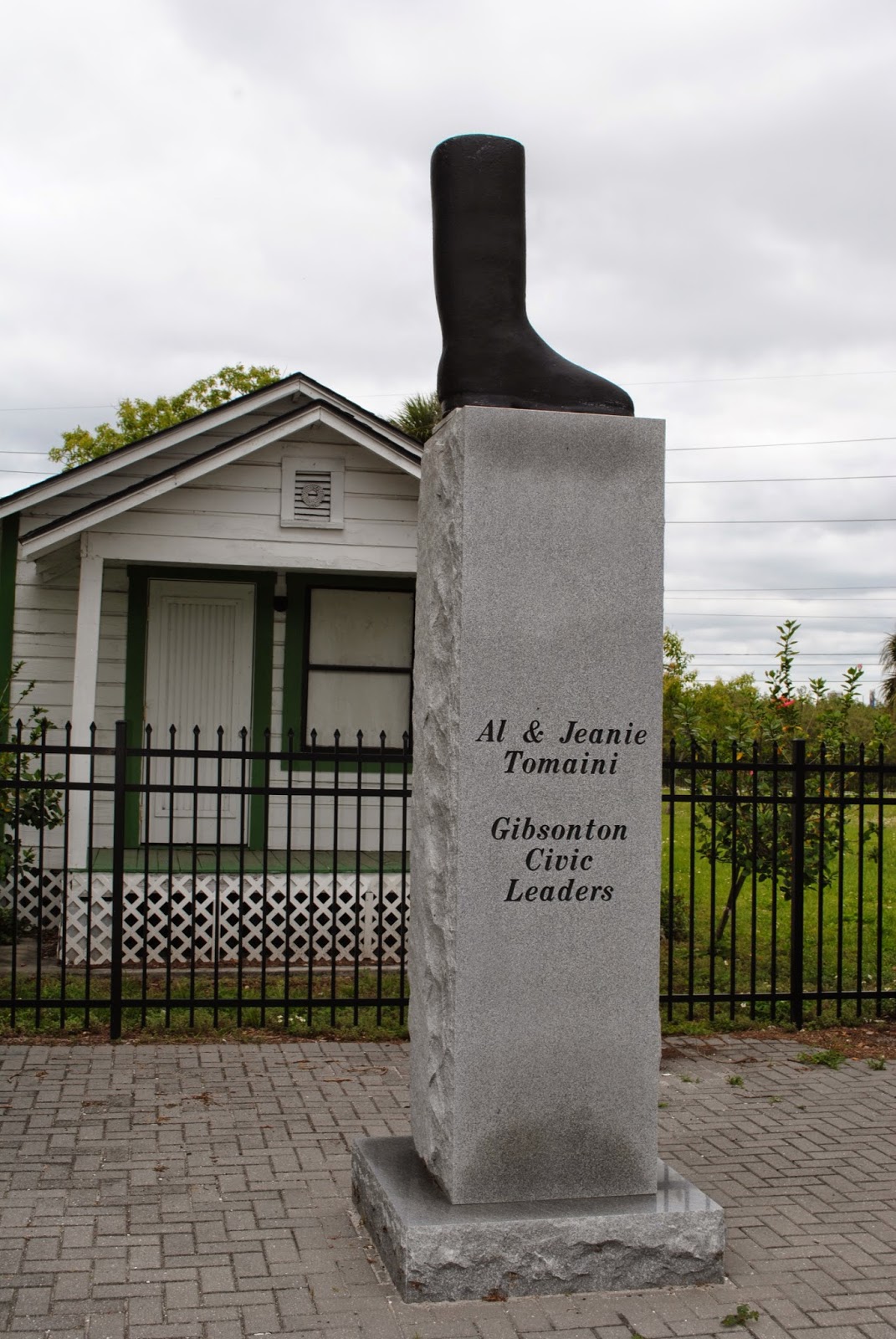 Initially one of Al's old gigantic boots was placed out in public as a monument to the beloved Giant when he died in the 60s.  The boot would however succumb to Florida's violent weather and evaporate.  In 2010 this statue of one of Al's boots was erected and promises to stand up to the elements.

We did stumble across the Showtown Restaurant and Lounge, which does theme itself after the town's colorful past. 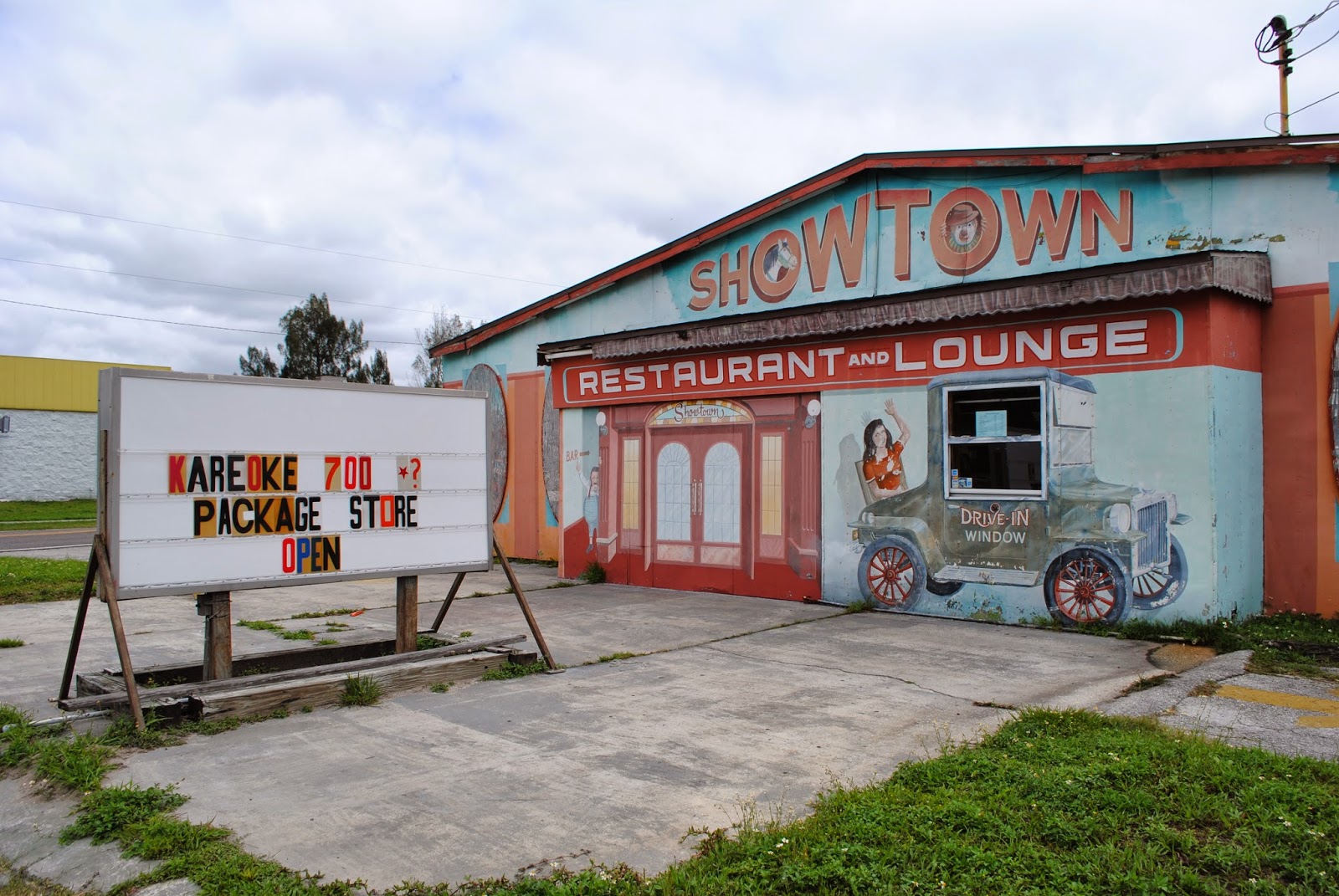 It does include a special entrance for dwarfs....
. 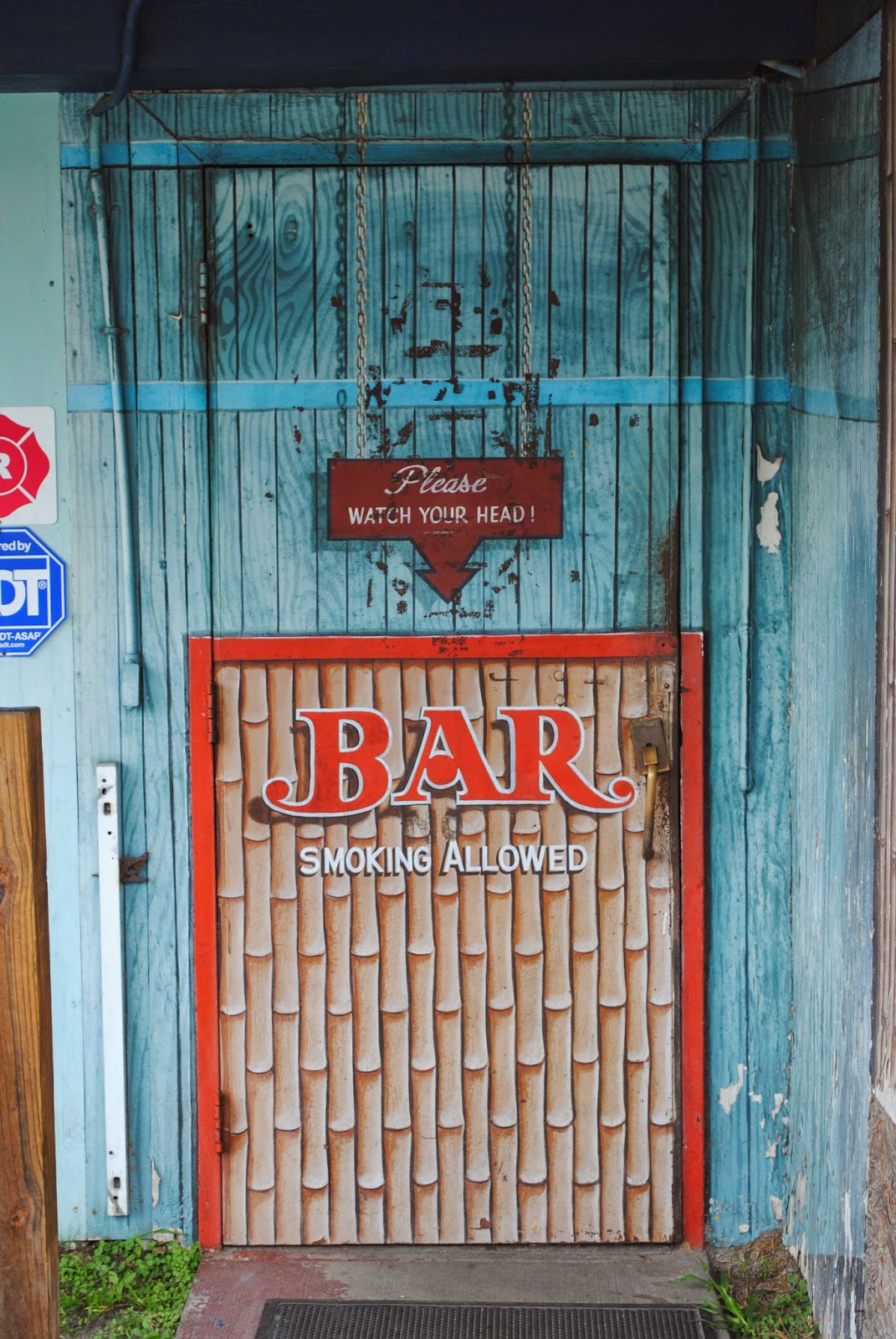 As well as several colorful murals.... 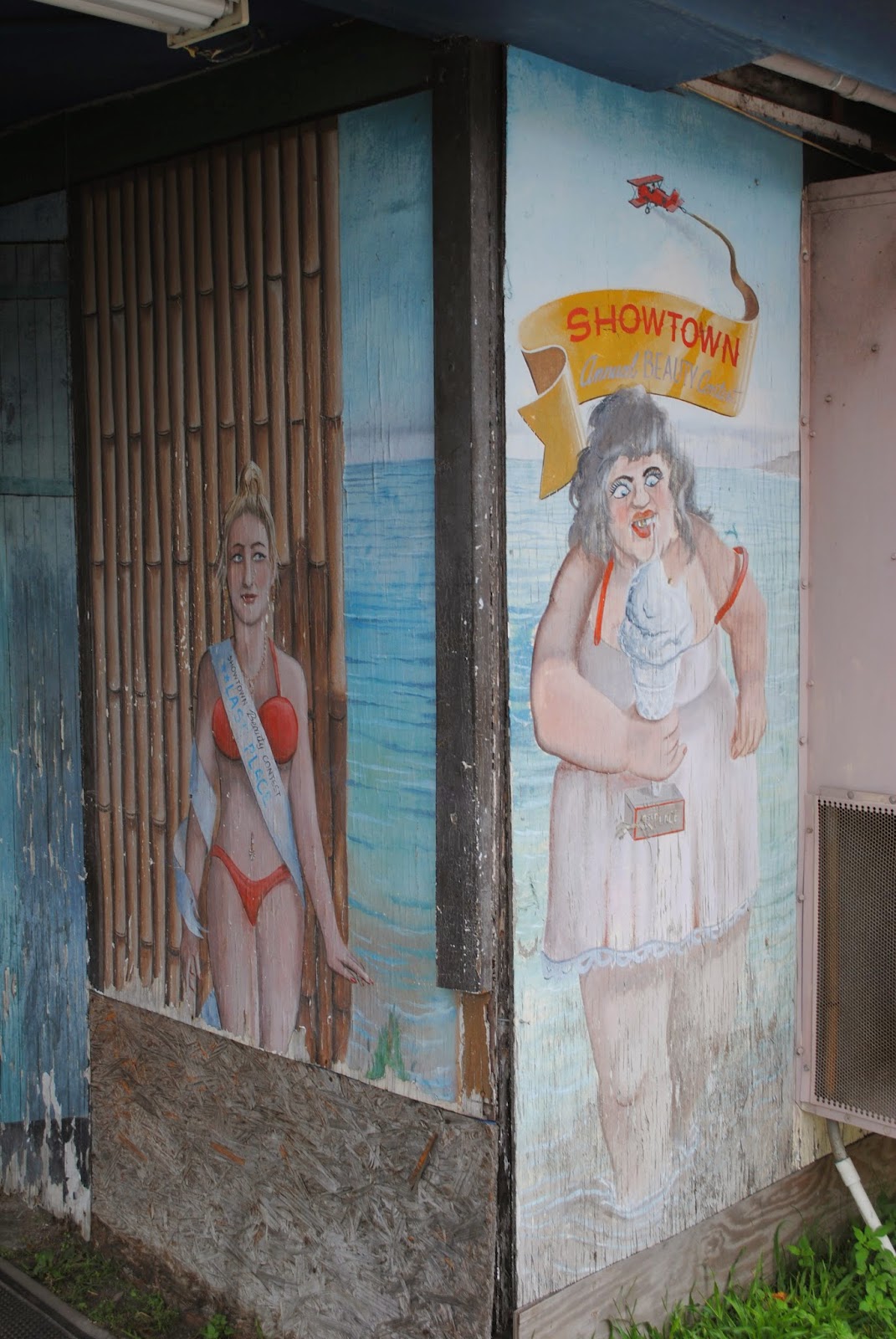 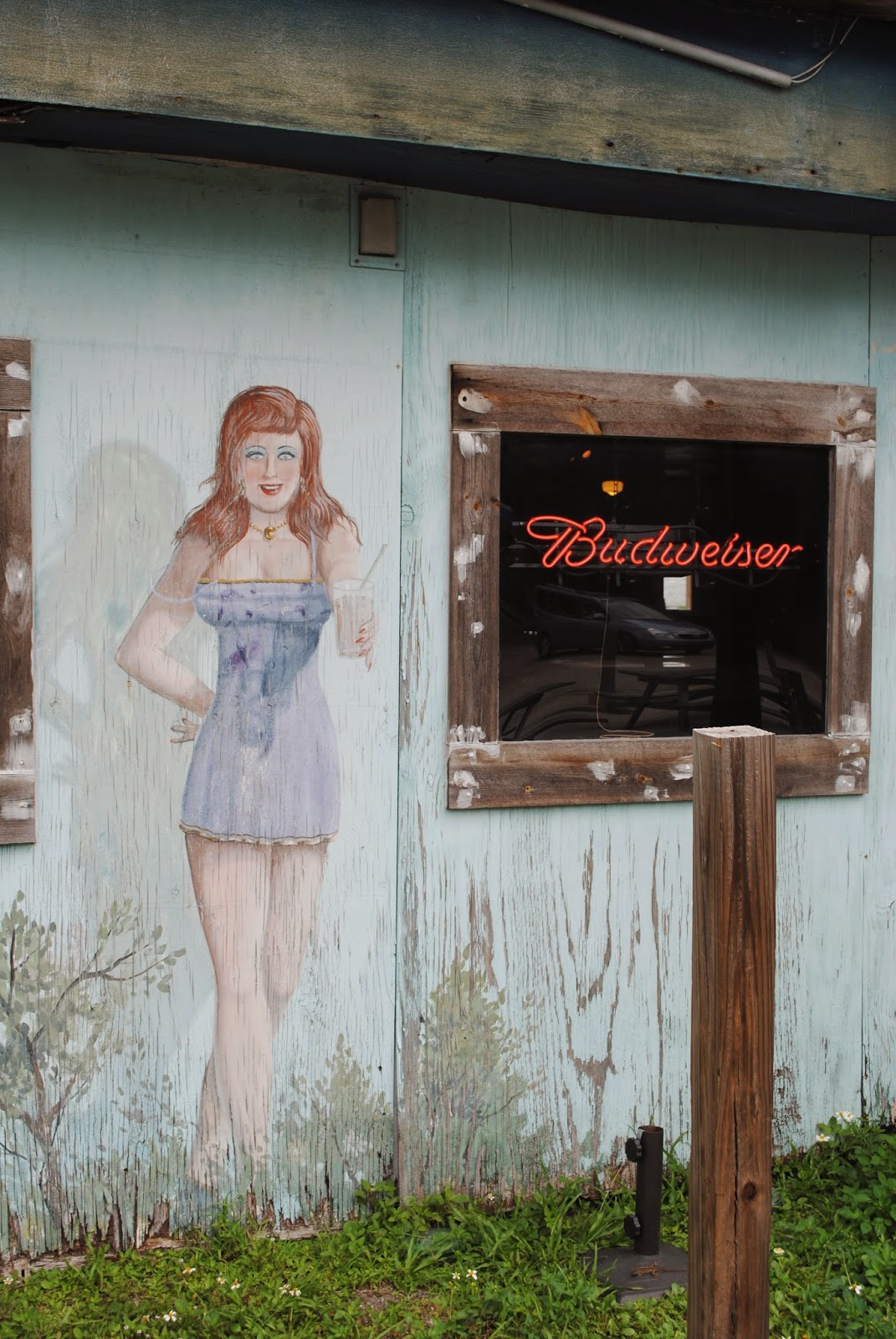 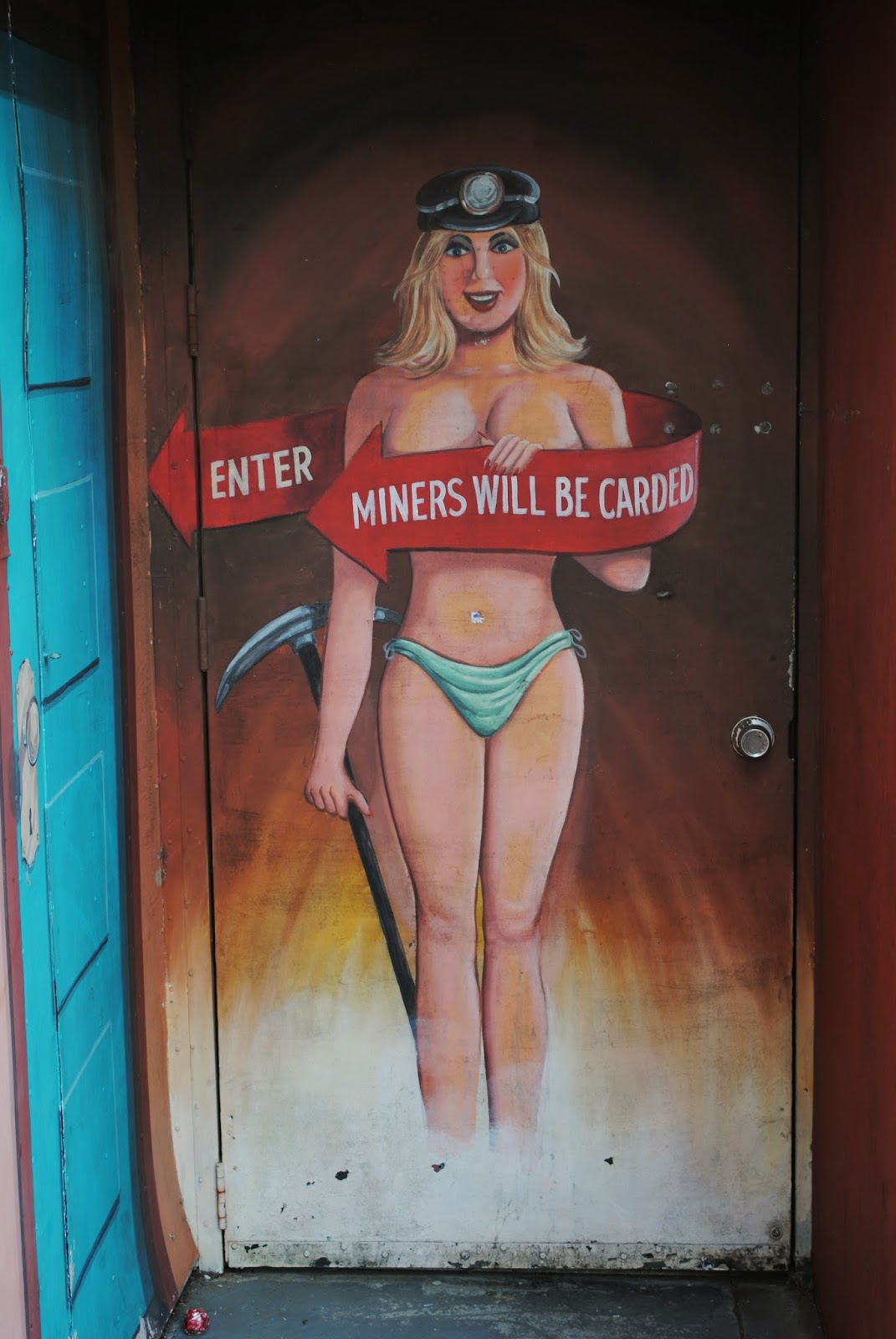 I wanted to see the ~real~ Gibsonton, so we traveled up and down the back streets of town.  Sadly, the people of Gibsontown appeared to be disappointingly normal.  I did not see a single freak. 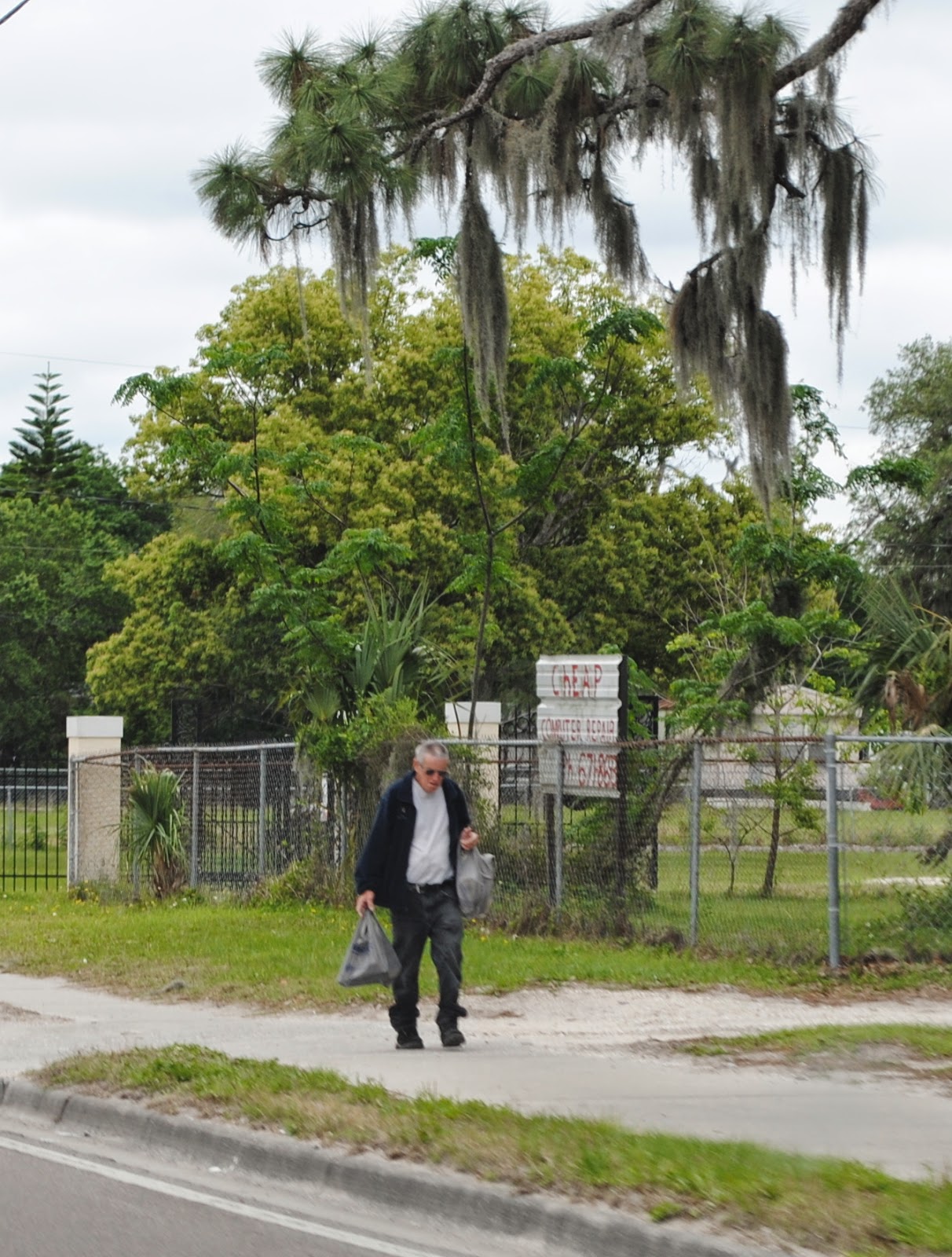 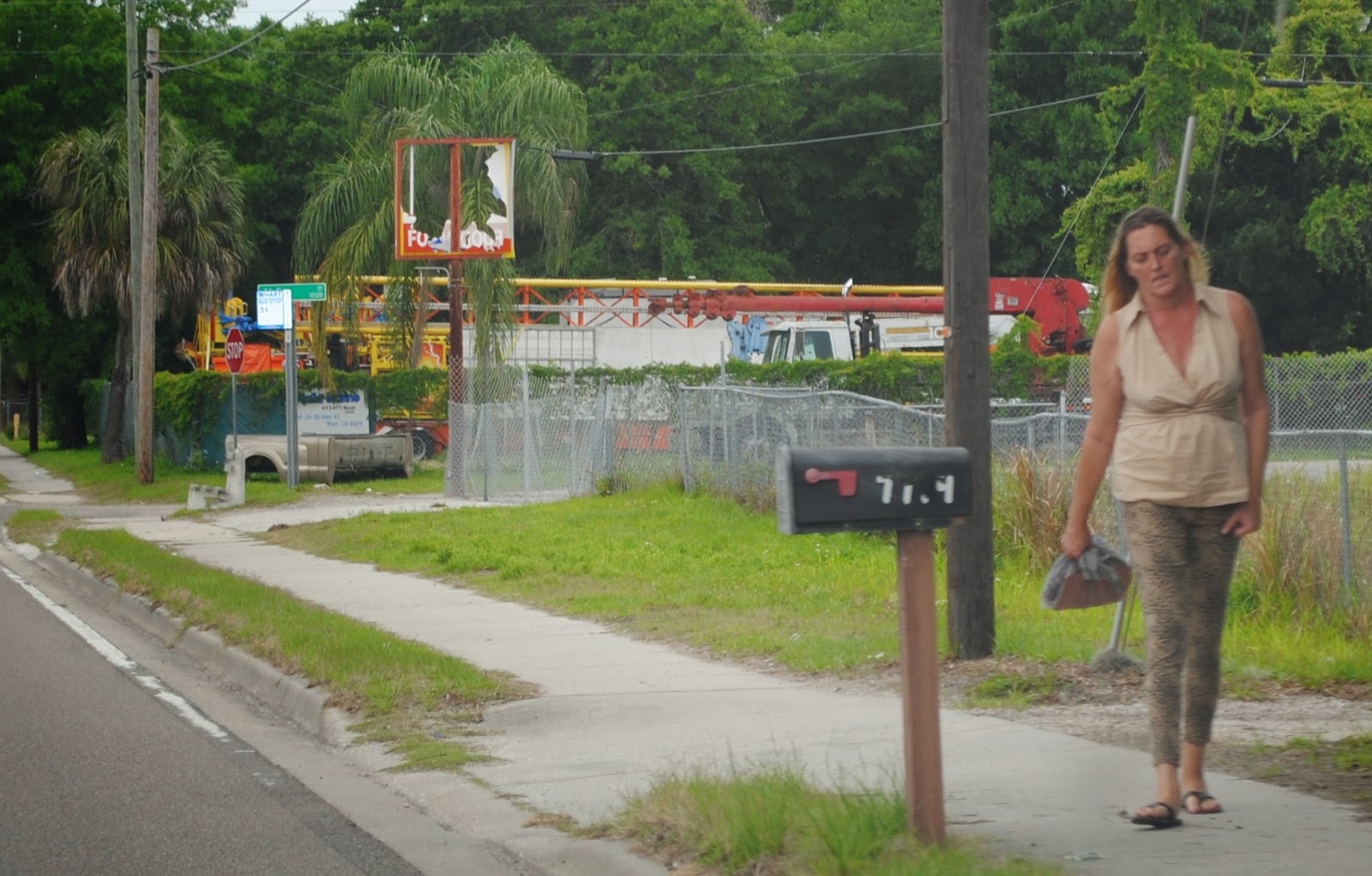 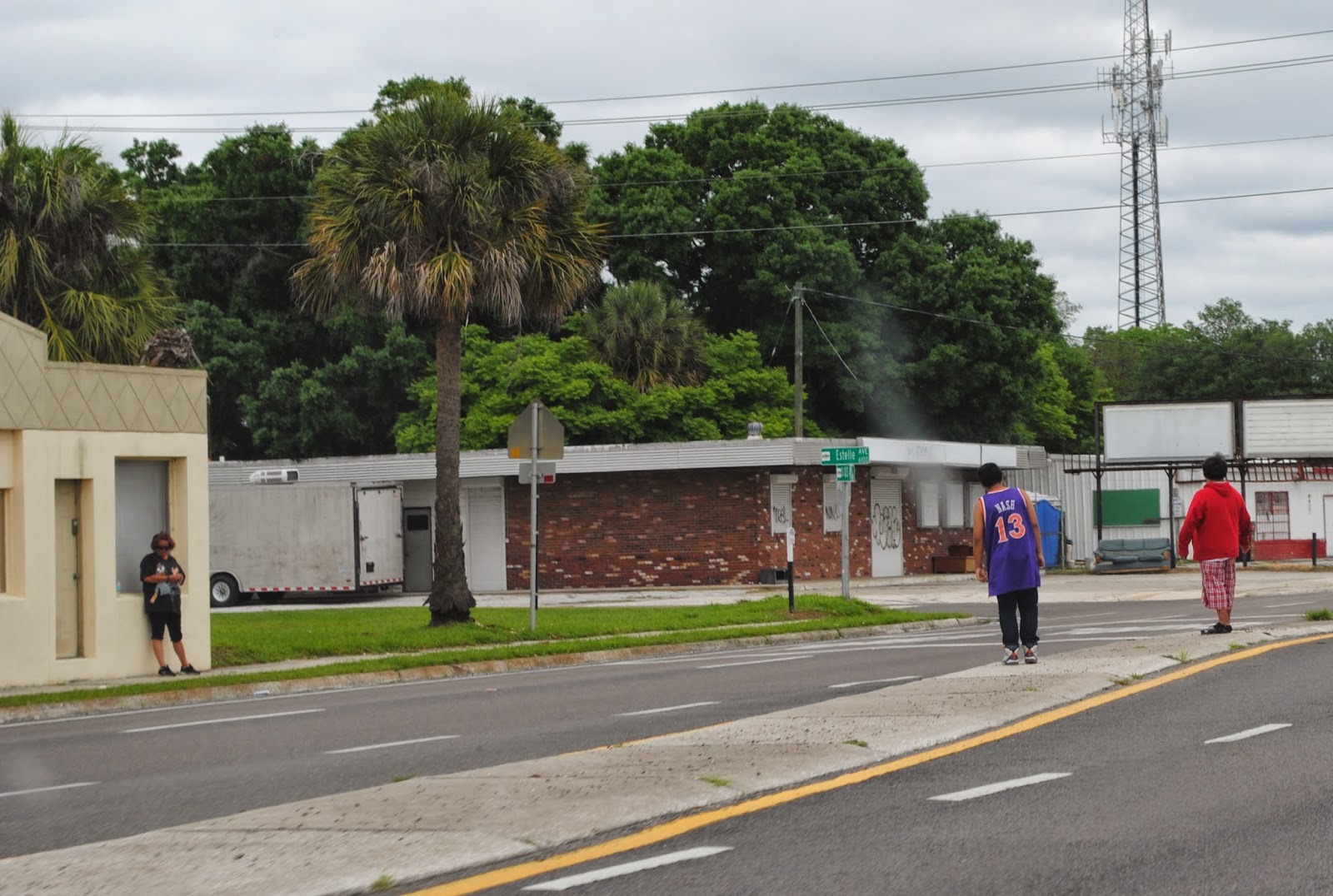 On the surface Gibsonton just seems like a normal small Florida town. 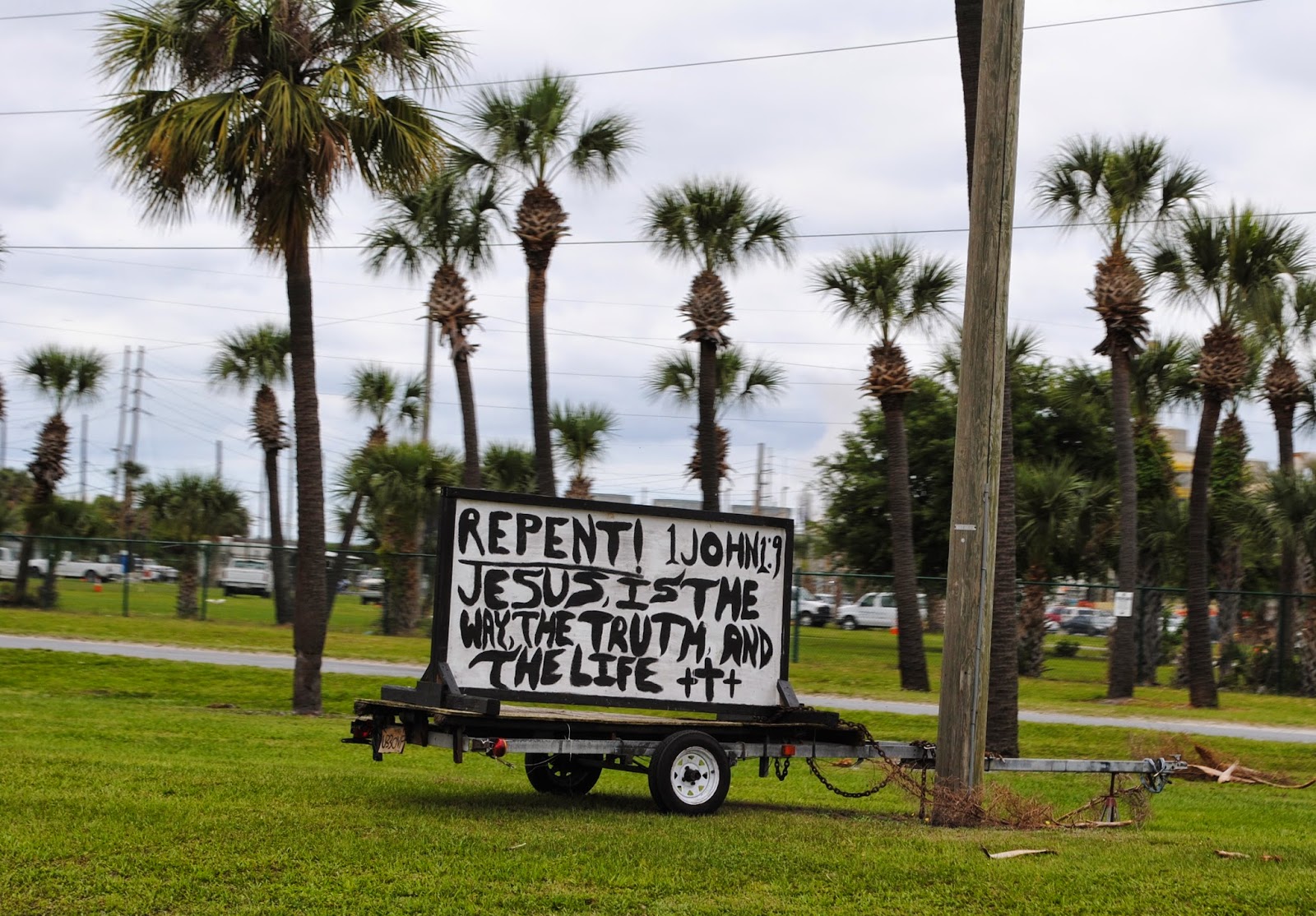 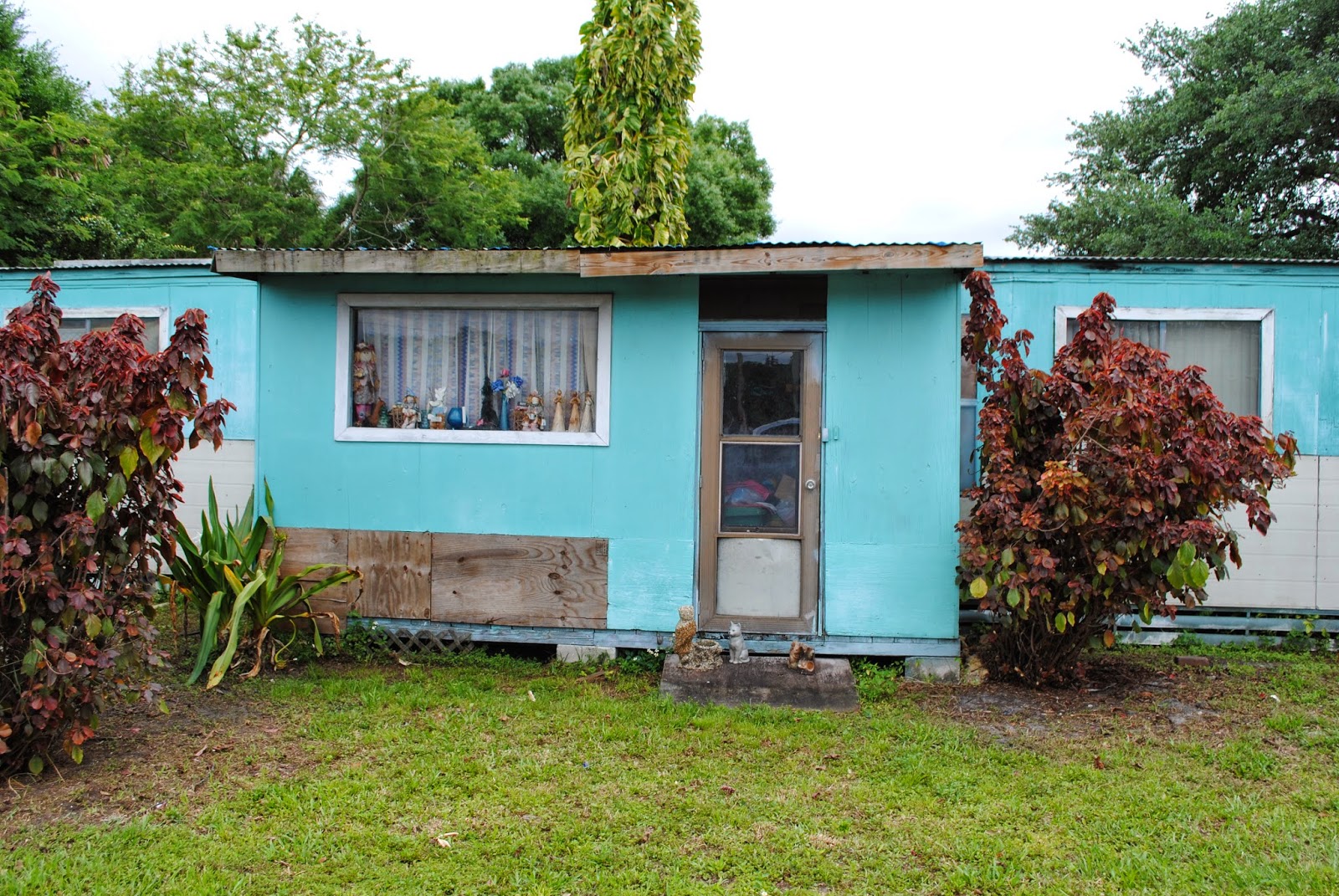 However, as you look closer you start to notice remnants of the carnival lifestyle.  You see, Gibsonton has unique zoning laws that allows residents to keep circus equipment and animals in their yards.   While we did not see any elephants or bears we did some old rides and trailers in people's yards. 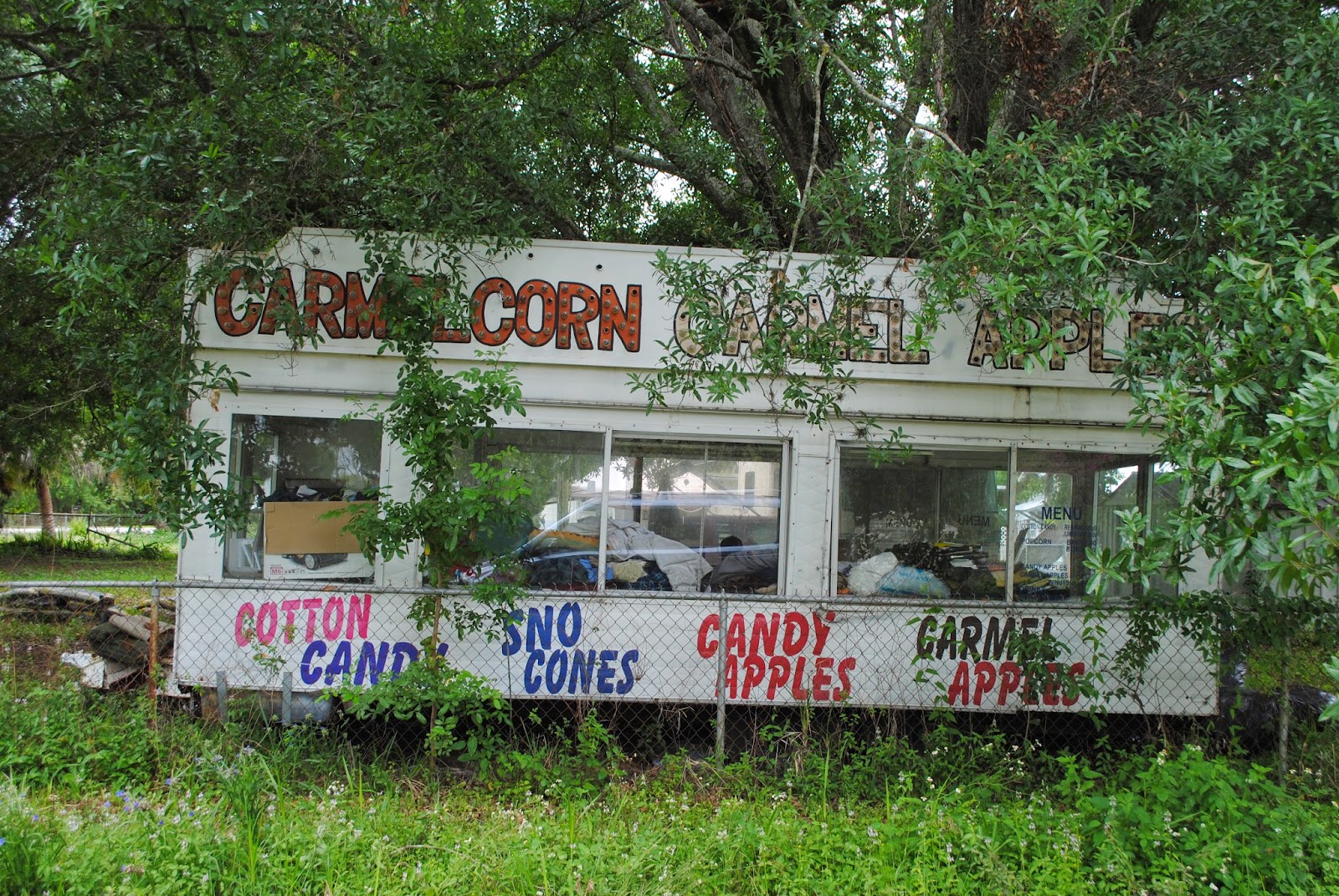 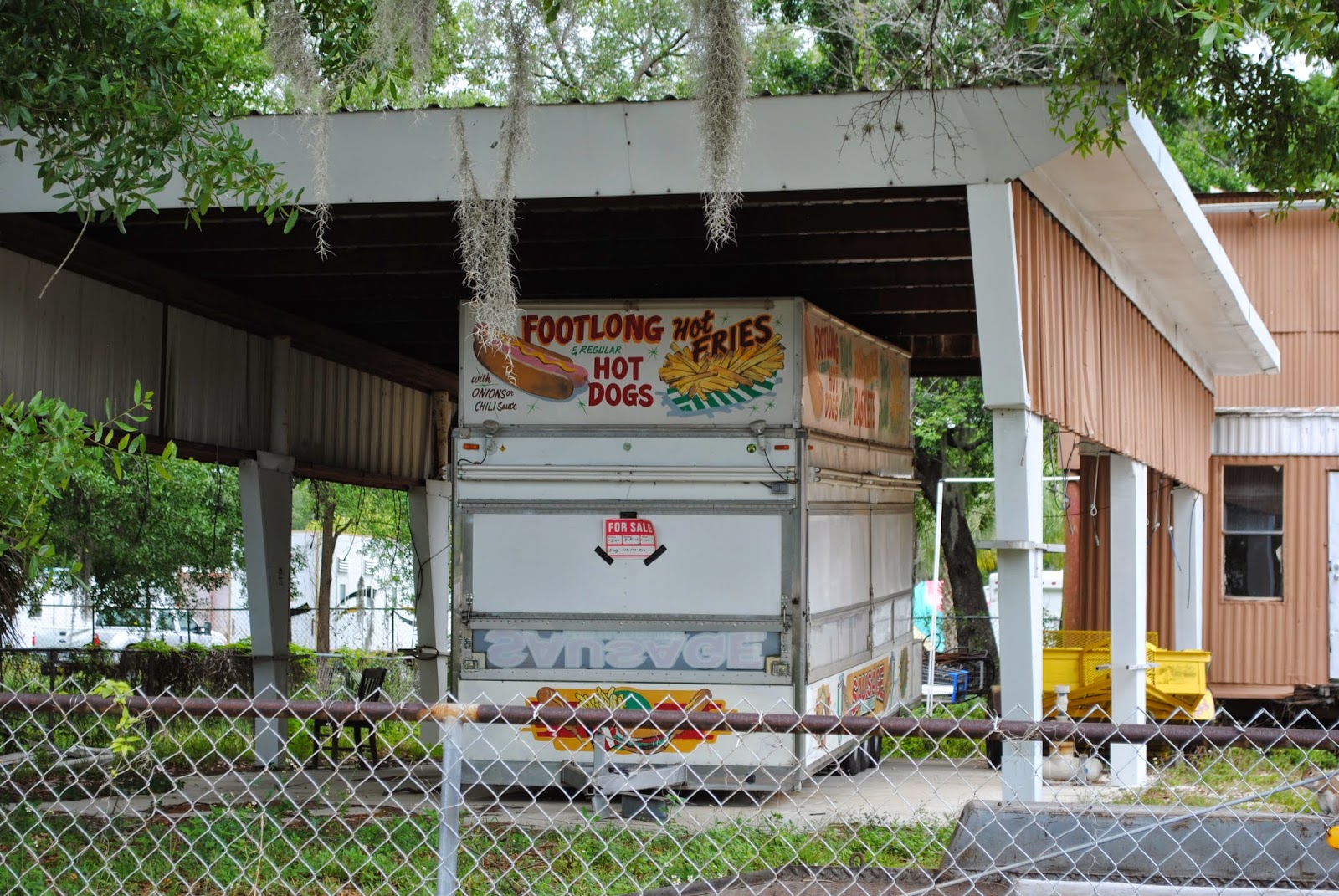 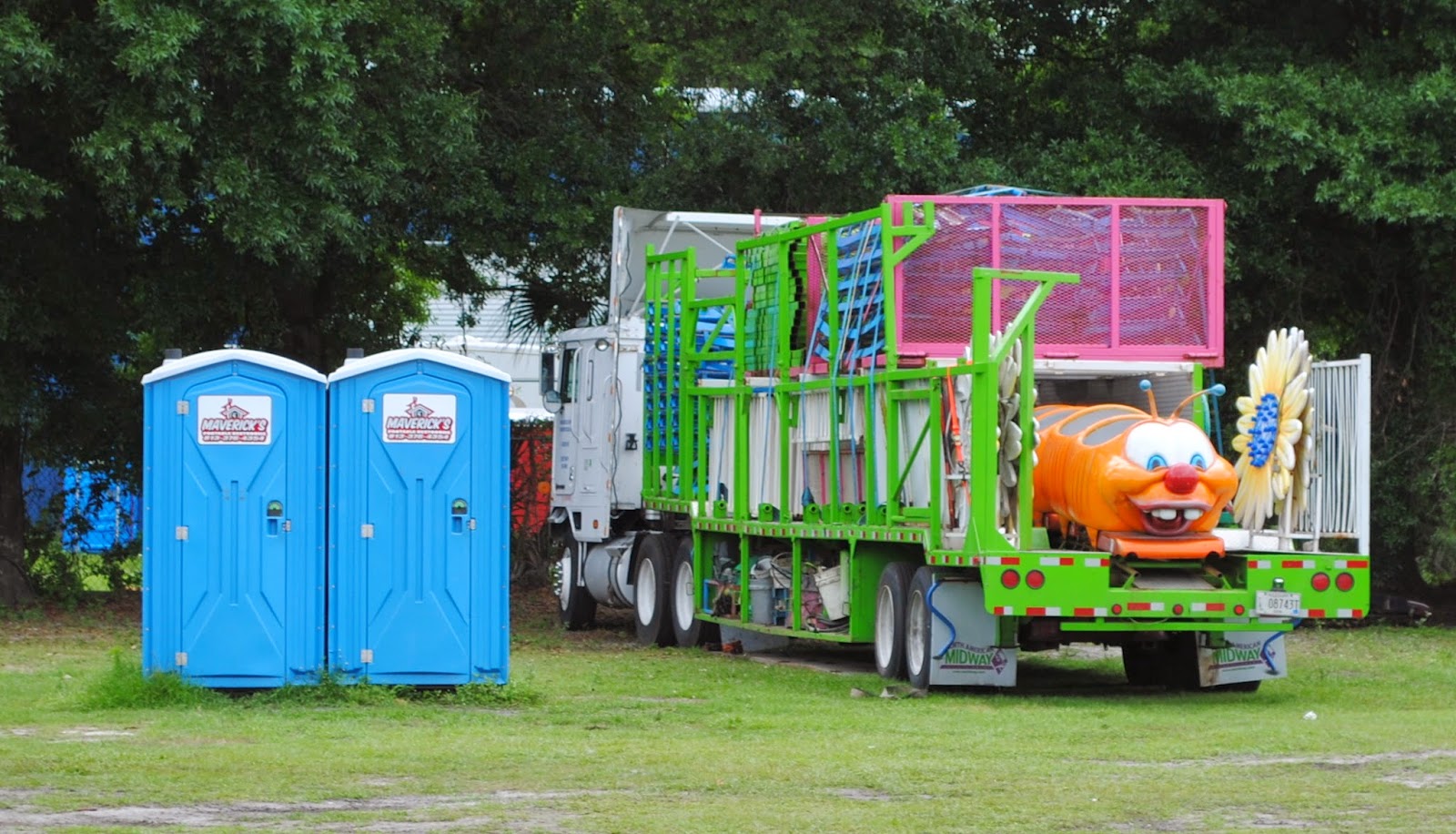 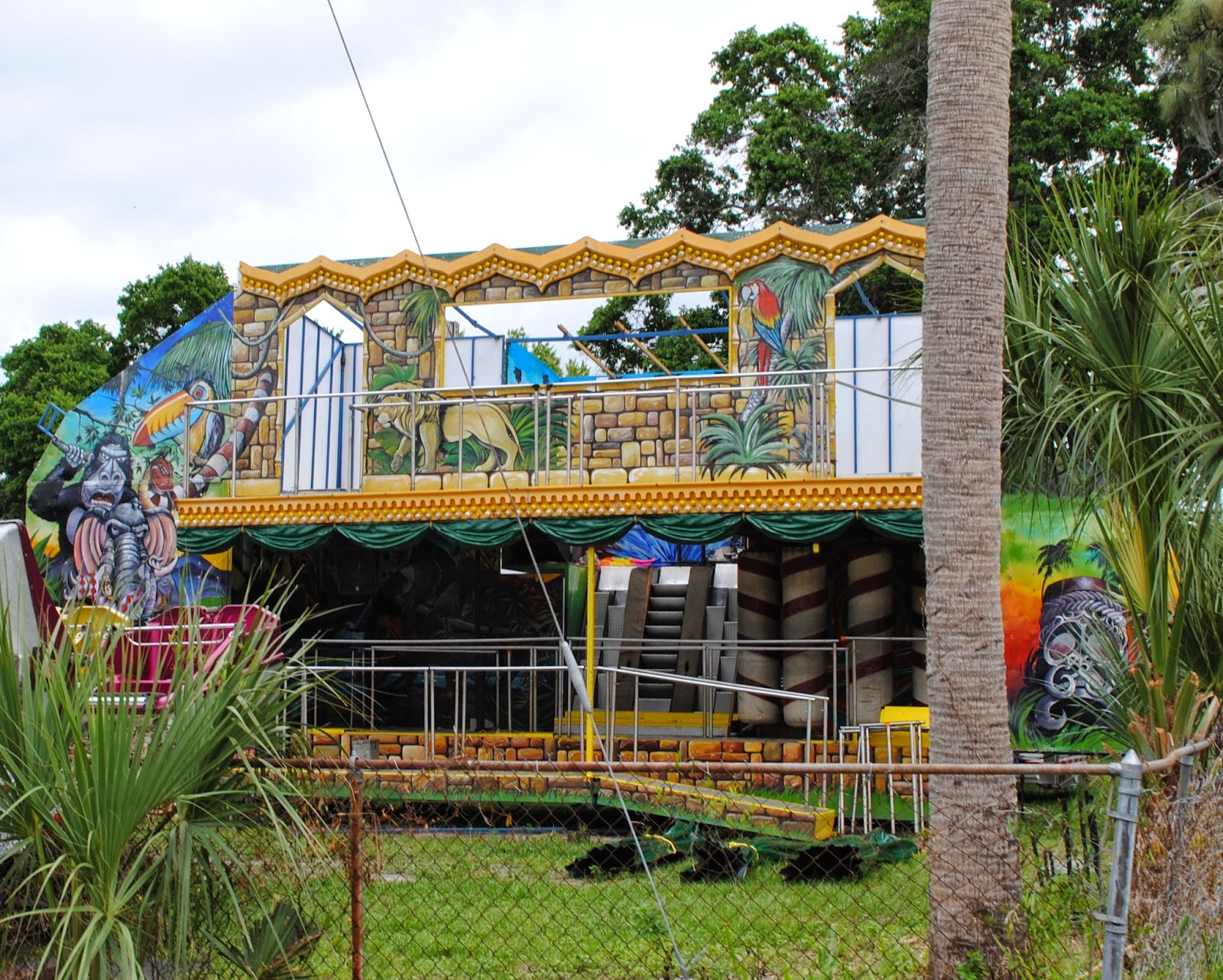 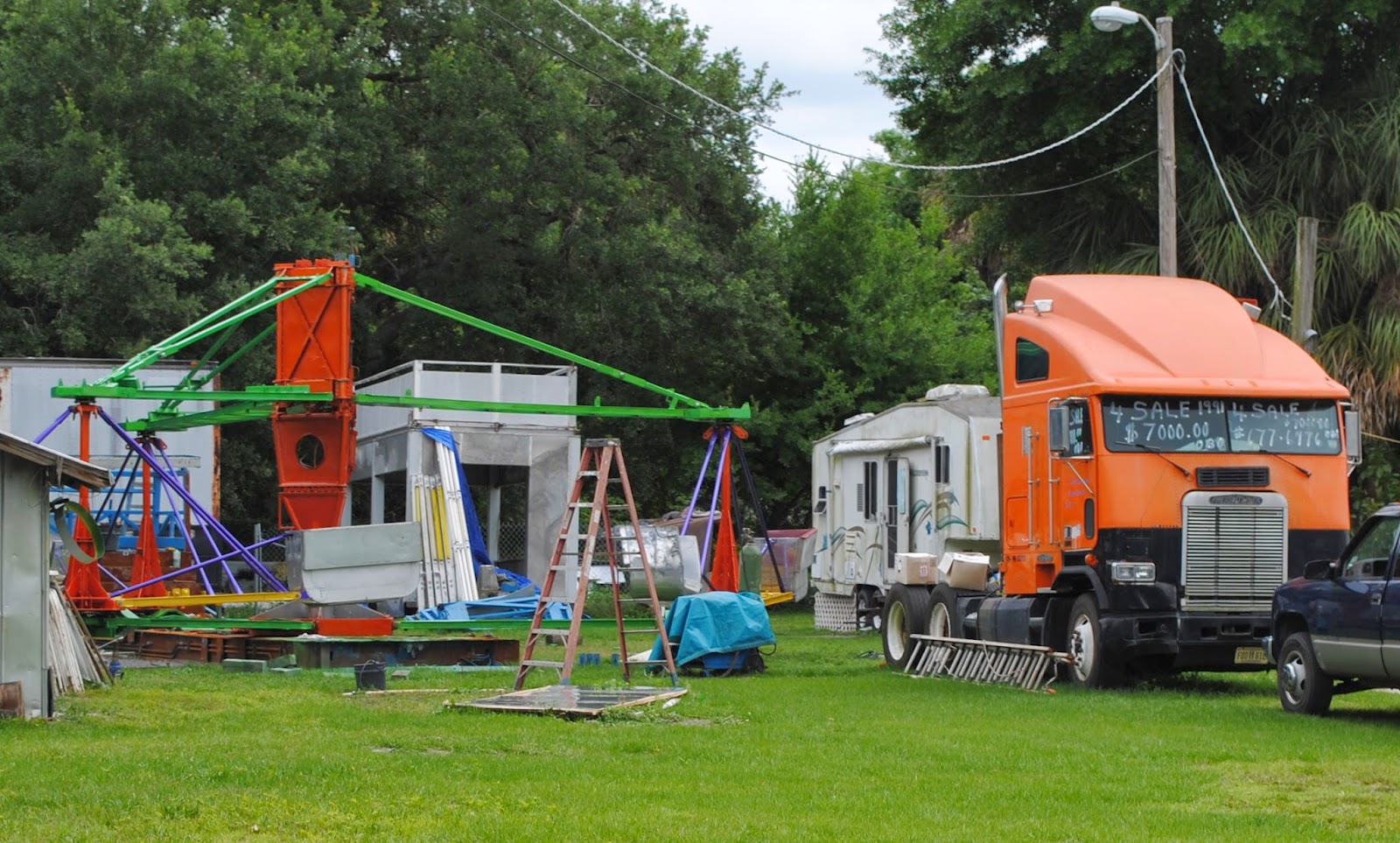 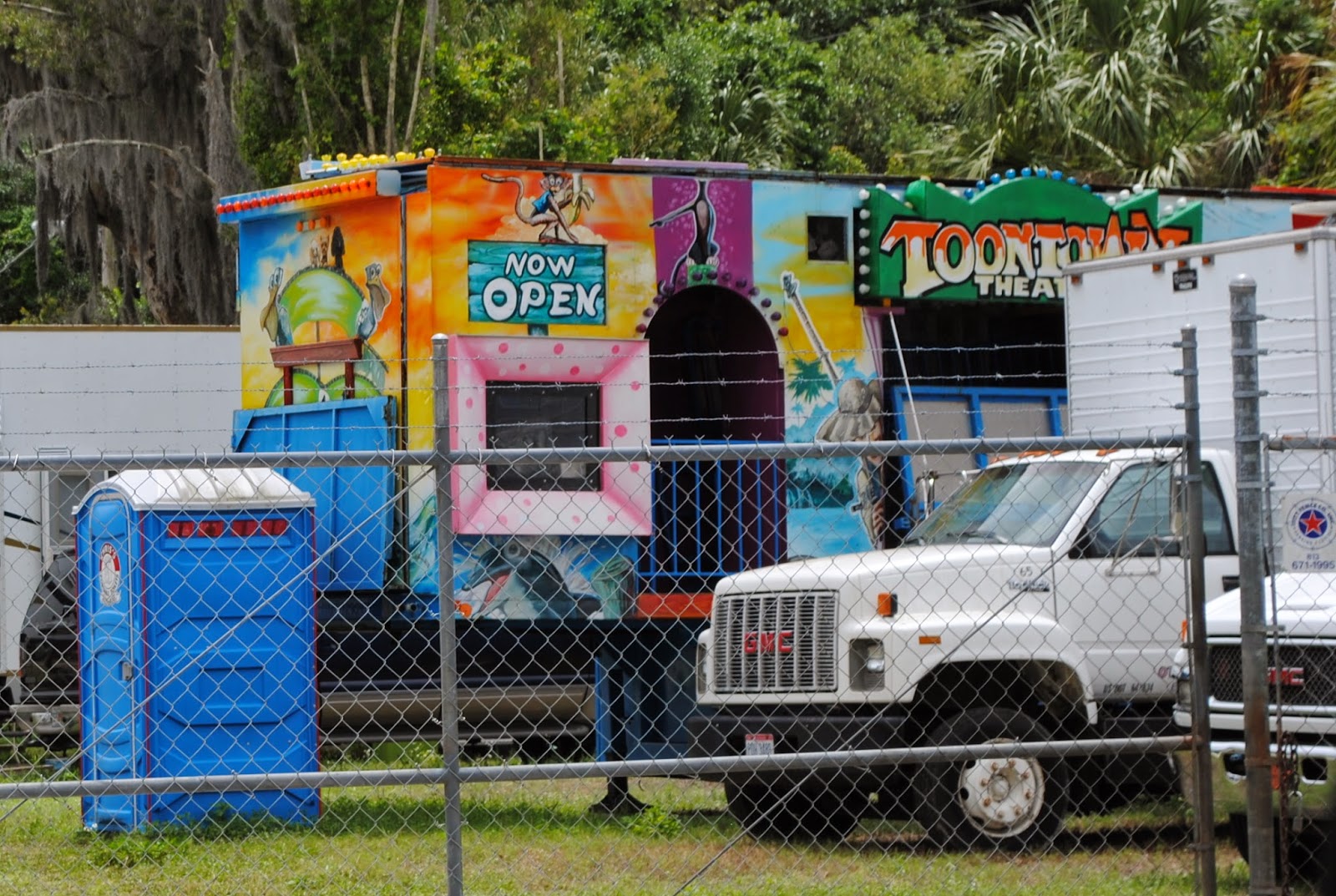 While the streets arn't crawling with Lobster people, the spirit of the Carnival is still alive in Gibsonton.