Interview with Ghost Town in the Sky Management 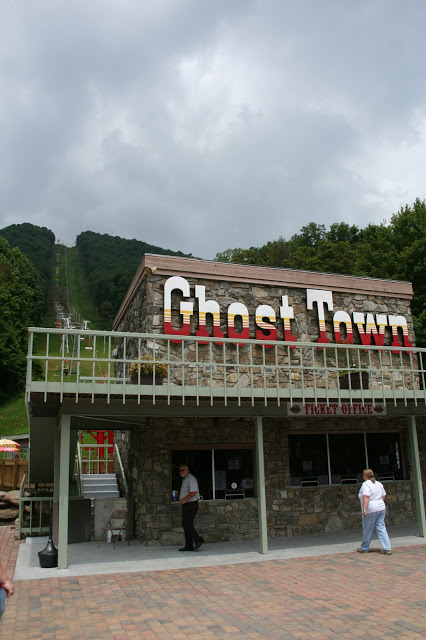 As I recently reported in THIS video.  Ghost Town in the Sky will be going through a re-themeing and will no longer be an amusement park.  I am a fan of classic roadside attractions and I have gotten a lot of feedback on the videos and articles I have done on Ghost Town.  I contacted Chris Chagnon who is working on the recreation of Ghost Town and was able to get an interview with him regarding some of the questions I have regarding the new attraction.

Carpetbagger: Why was the decision made to re-brand Ghost Town in Sky?  What ideas were behind this change in plan?

Chris: The world, people and tech change. For the park to continue and be profitable it needs to change and update with the time. To replace the existing rides would cost more than $15 million dollars and still would not compete with Dollywood, Six Flags etc. The highest and best use for the property was to re-brand it as a mountain Appalachian village with local artisans & entertainment.

Carpetbagger:  Have you received a positive response from the community and fans with this new concept?

Chris: With the exception of a couple of negative people, almost everyone has been positive and excited. We have received dozens of inquiries for entertainment and leasing of retail space. Just this week we leased 3 more units. 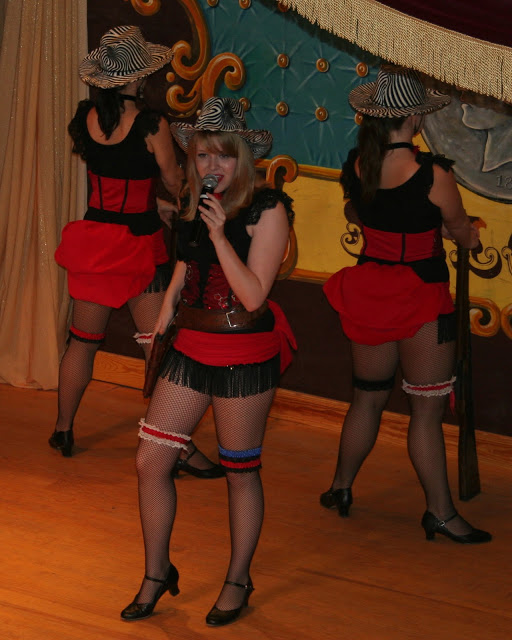 Carpetbagger: Will the Gunfights be part of the new Ghost Town village:  Are there any plans to incorporate any other shows (such as the old Can Can Show) into the new concept?

The gunfights will remain but with a new story line. It will not be western as much as "moonshiners" robbing the bank (hint :)). The Village Theatre and the Moonshiners Playhouse both will have live entertainment as well as street performances. Can can girls will be incorporated in one show as a take of the 1880's, but the entertainment will be updated for todays audience. 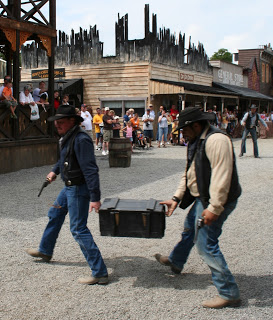 Carpetbagger:  Will the Old Western Village be altered, re-themed, or redesigned?


Chris: The western village will be turned into an Appalachian village.

Carpetbagger:  Many people have very fond memories of Ghost Town as Children, what does the new Ghost Town Village Offer them in the way of nostalgia?

Chris:  The Ghost Town In The Sky Museum will be on level two offering a guided tour of what the park was in its hayday as well as a 15 minute movie and ending with the gift shop filled with the original Ghost Town products. There is also an area where previous guests will see photos and 1 page letters of their memories. It is posted on Facebook and we have received dozens this week alone.

Carpetbagger:  There has been talk of creating a religious or "Holyland" section of the park for years, including a possible cross on top of the Mountain.  Are there any current plans to go forward with this concept?

Chris:  The "Holy Land" area is still on the books. The ridge line survey for the cross was completed this last week. The area known as level four, will be more of a convention center, banquets, wedding, revivals etc. There will be outside walking gardens to the tomb and more.
Carpetbagger: Will there be alcohol served at Ghost Town Village? 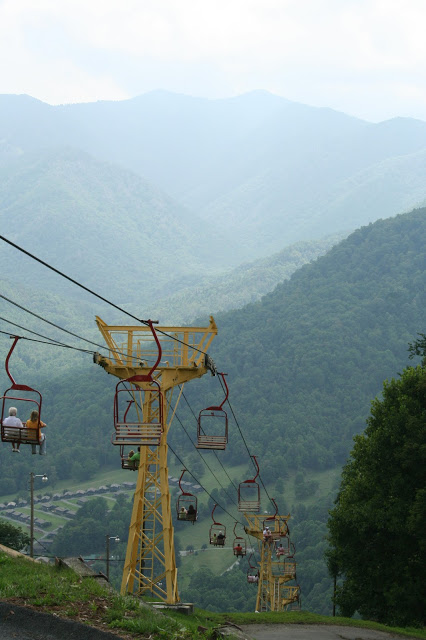 Carpetbagger: The new website notes that you can pay admission for chair lift rides to the Village.  Will this be the only way to access Ghost Town Village, or will there be shuttles?  Will shuttles have the same Admission?  Will there be season passes sold for the chair lift?

Chris: The cost to get to the top is $9.95. It has been priced at this amount to allow people to visit more than once. The $9.95 allows you transportation for the 20 minute ride on the chairlift to level two and then a bus or walking trails to level three or a bus from level one to level two and a second to level three. We have new buses ordered and the passengers receive a brief history of the property on the way up.


~~~~~~~~~~~~~~~~~~~~~~~~~~~~
My current assessment:  From what Chris is saying I feel like this attraction holds a lot of promise.  I am especially happy that the gun fights will be kept, and the new storyline idea is interesting, especially with the current popularity of the moonshine legend.  I'm sure some people will be upset about them changing the Wild West theme, but it has always been a little out of place in the Appalachian Mountains.  I like the idea of incorporating the local themes and ideas.  With the struggles Ghost Town has been through in the last decade, I think a fresh look is the only thing that can save it.  I am definitely looking forward to visiting the new Ghost Town Village.

And I can't forget my Flickr Photostream, where all this got started.
Posted by Jacob at 7:47 PM