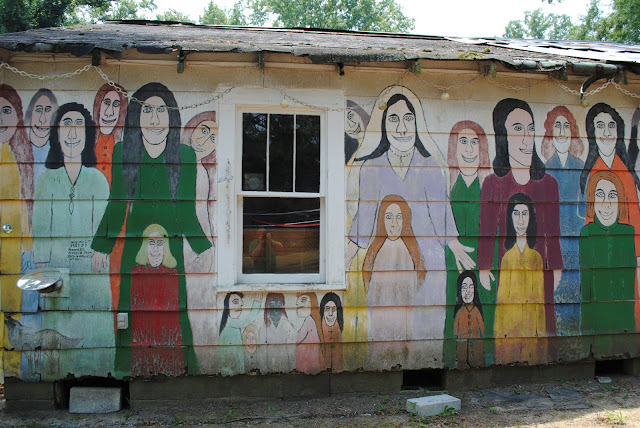 Howard Finster: The man that brought Folk Art to the masses.  Pretty much setting the bar for what Folk Art would become, Howard rocketed to main street fame by painting album covers for REM and the Talking Head.  Howard was a Baptist Minister, and may not have necessarily listened to the music and may not have agreed with everything they stood for, but he knew that his paintings, which were loaded with bible verses, would reach the masses through this venue and spread the word of his lord. 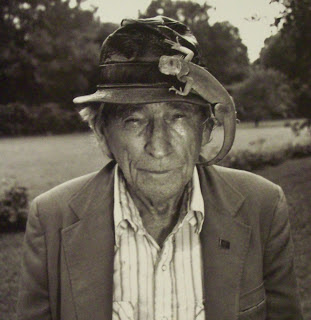 Though Finister is best known for his paintings, he also turned his home into a living work of art which he called his "Paradise Gardens".   One of the original "Folk Art Environments"

The Gardens still exist today and ownership has been passed around with a board of directors controlling it.  I know there is some controversy about the treatment of the Gardens and its preservation, but I don't know enough about this to explain it fully. 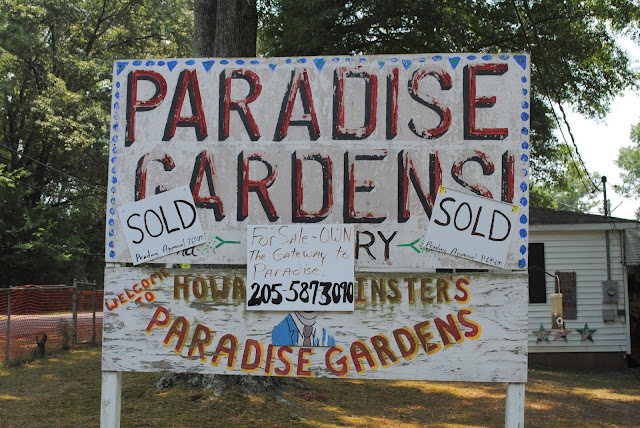 Of course I HAD to go see this Iconic Southern Location.  I know that the Gardens were always in a state a flux and it was hard to tell whether or not it was currently open to the public.   A few years back I was able to get in telephone contact with the current caretaker.  He was a very nice man and happily invited me down to visit the Gardens.  So I made plans and drove three hours to Summerville, GA.  When I got there my heart sank in my chest.  The Gardens were closed.  Locked up tight and surrounded by a fence.  I called the caretaker and asked why the Gardens were closed when I had previously confirmed that it would be open.  He informed me that they had shut down because it was too hot.  Too hot.

Okay, I will admit it was probably a solid 100 degrees outside, but this is the deep South and we are not supposed to be phased by this sort of this.   I sadly walked along the perimeter hoping I could take a few errant photos.  But God winked at me.  A giant tree had fallen on the fence and smashed it almost to the ground, creating a perfect bridge for me to enter the gardens.  I figures if God had not wanted me in the gardens he probably wouldn't have given me the bridge. 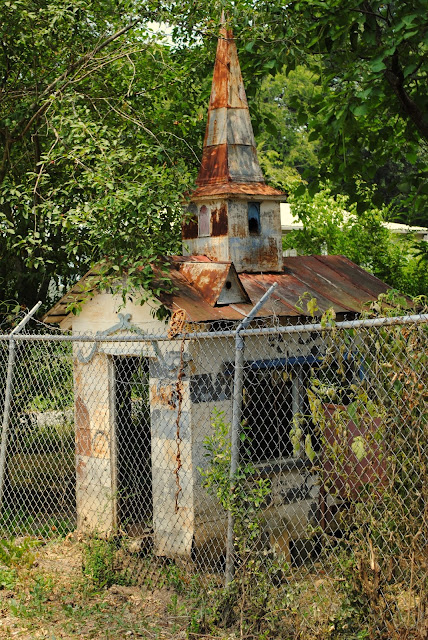 I carefully entered the Gardens, took only pictures and left only footprints.

The Gardens were in an overgrown half wild state, which on one hand is kinda sad, but on the other hand kind of adds to the charm. 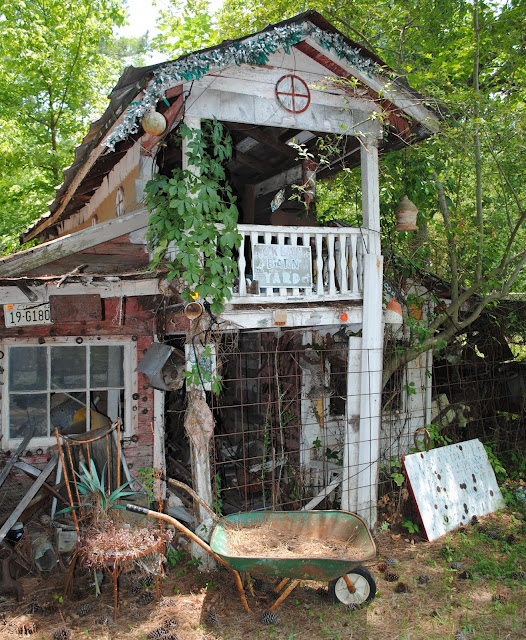 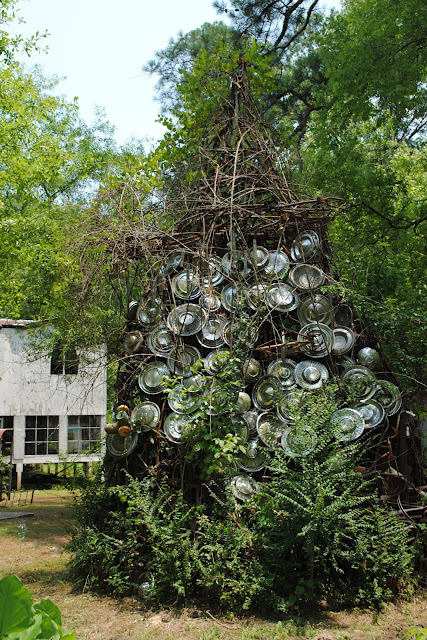 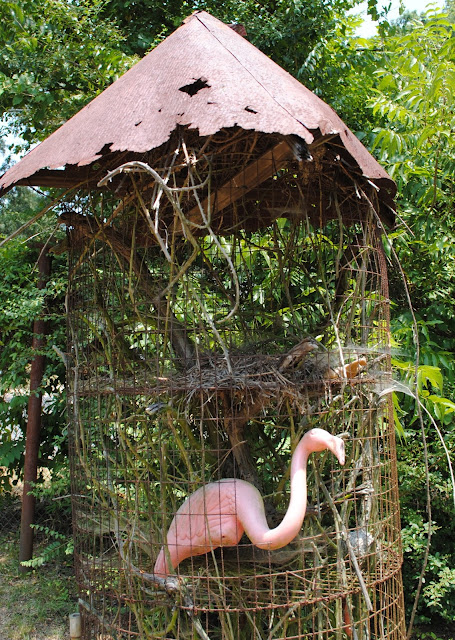 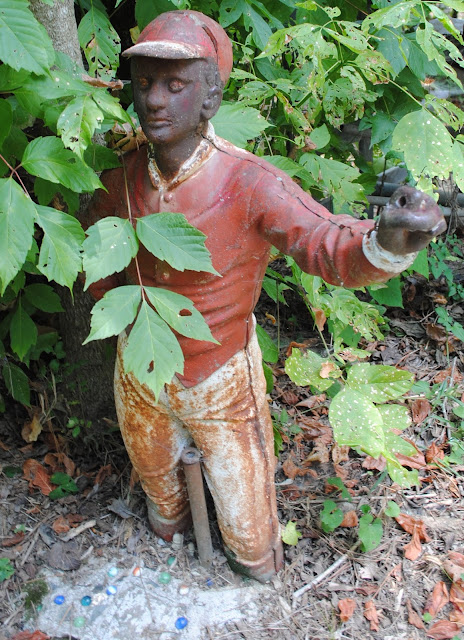 The gardens features fantastic art is all different mediums..... 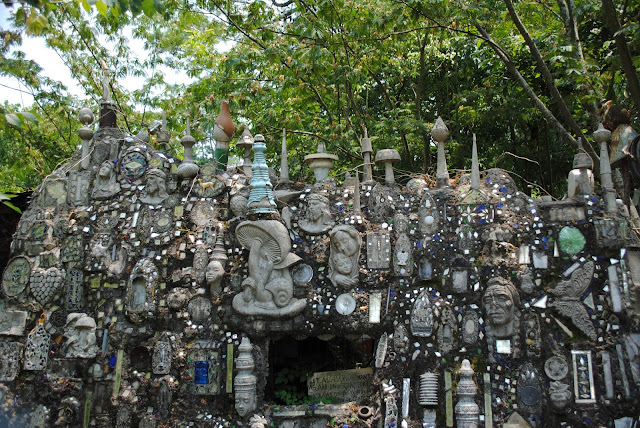 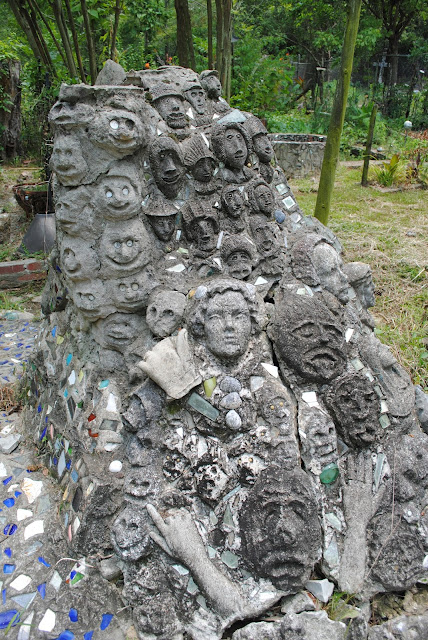 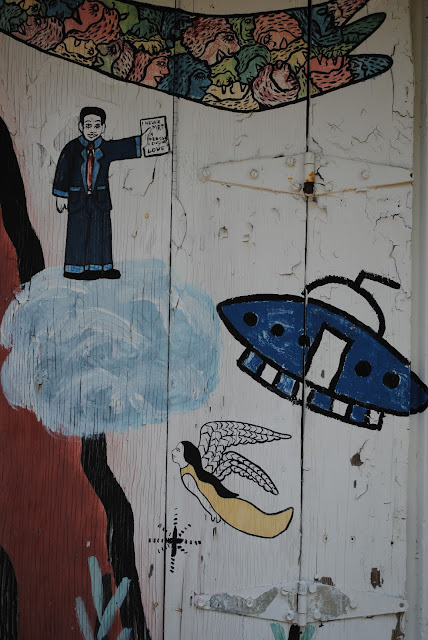 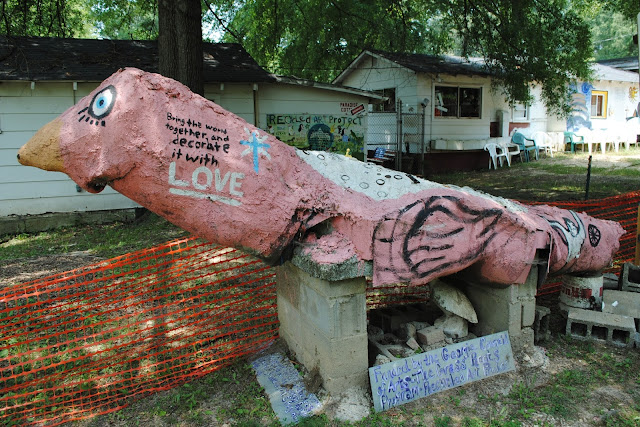 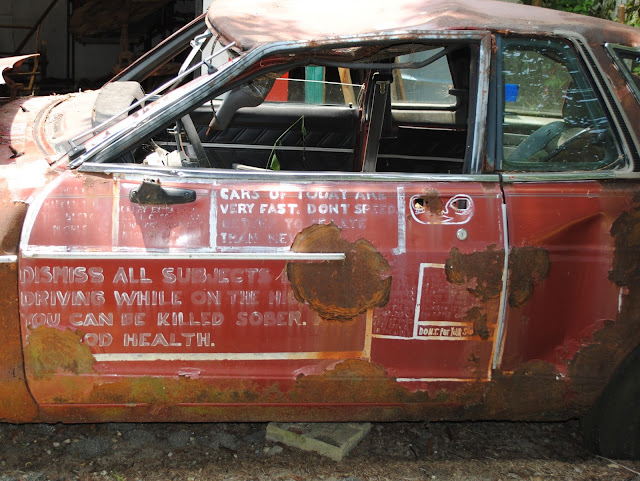 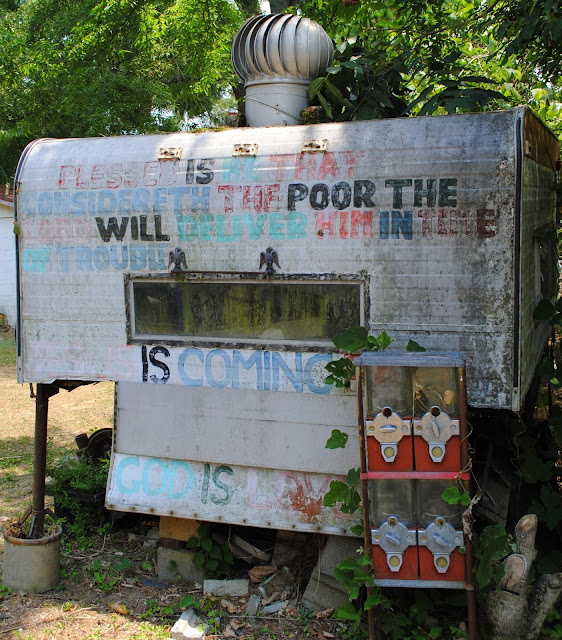 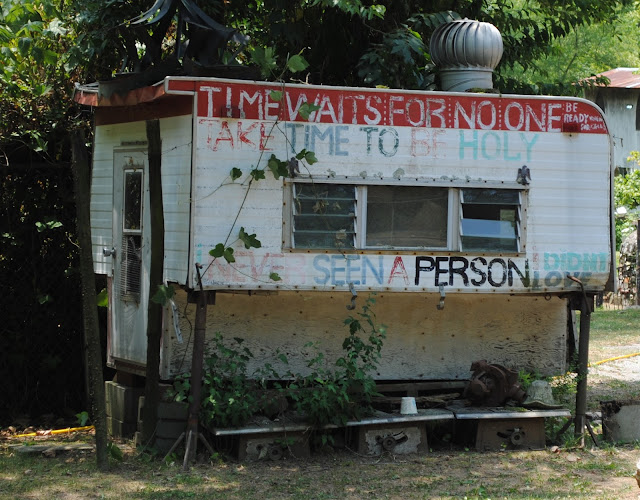 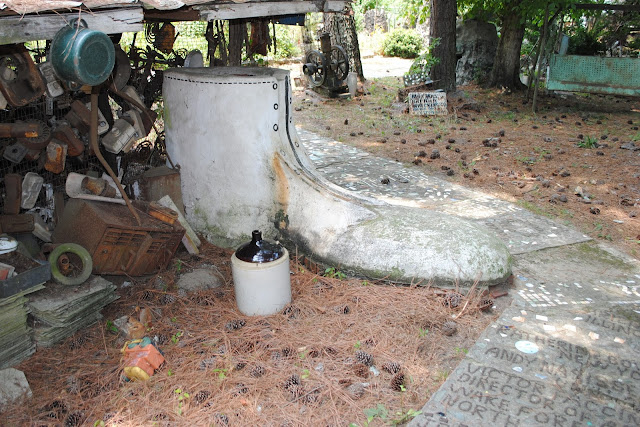 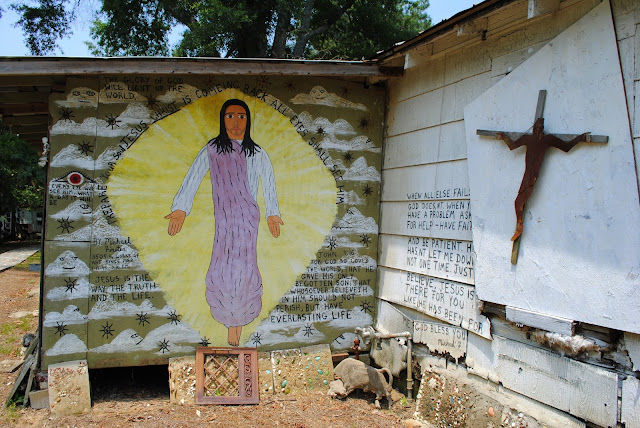 Howard's resume is is painted on the individual windows of an old shack. 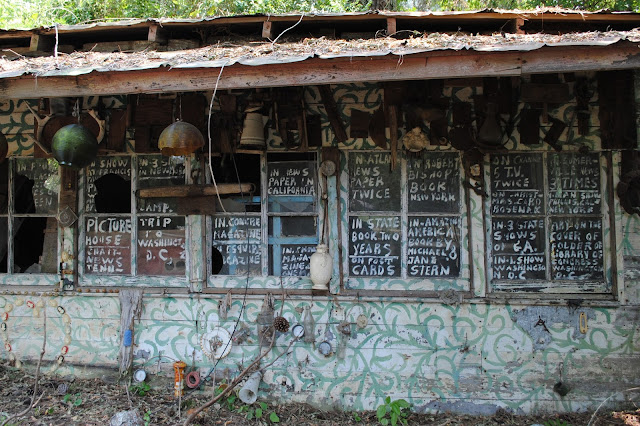 The gardens are full of strange and unusual structures built by Finster..... 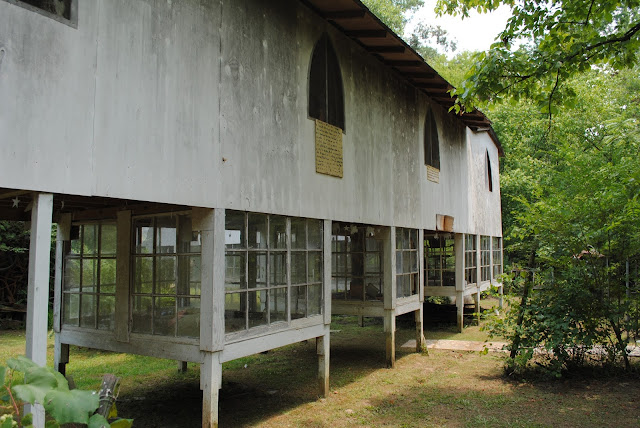 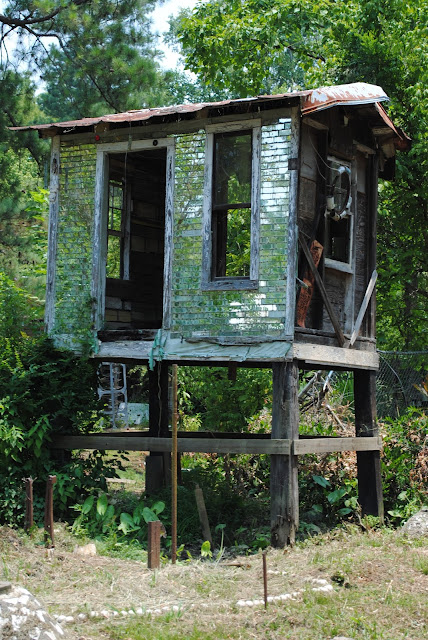 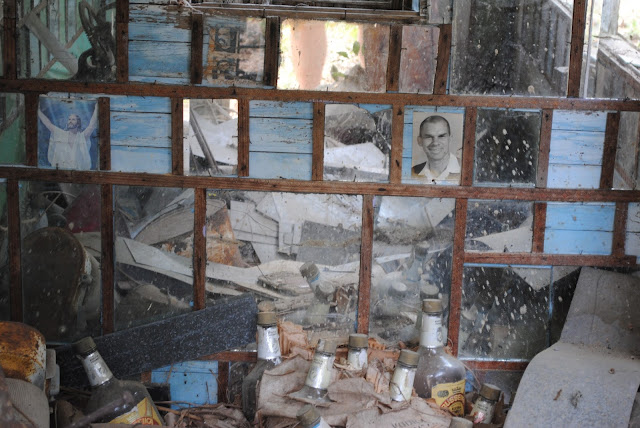 One of the most magnificent structures is Finster's "Prayer Tower", which apparently has been sealed off for years, because of its lack of structural integrity. 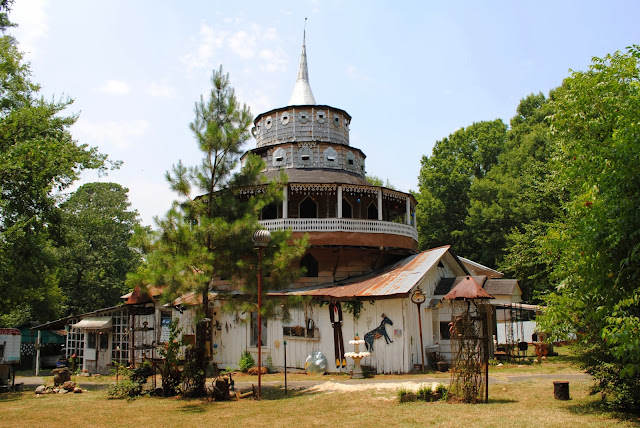 A proper church exists on the property as well.... 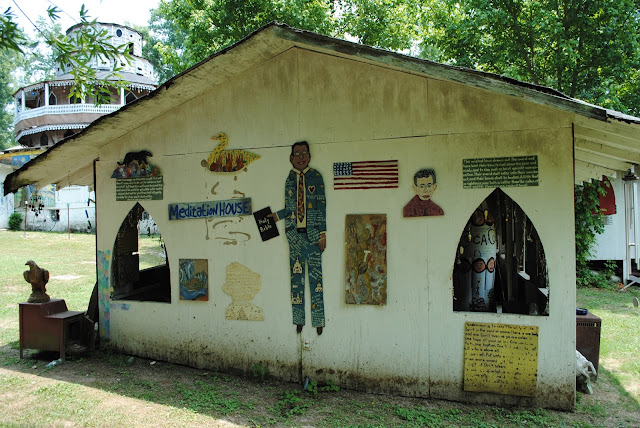 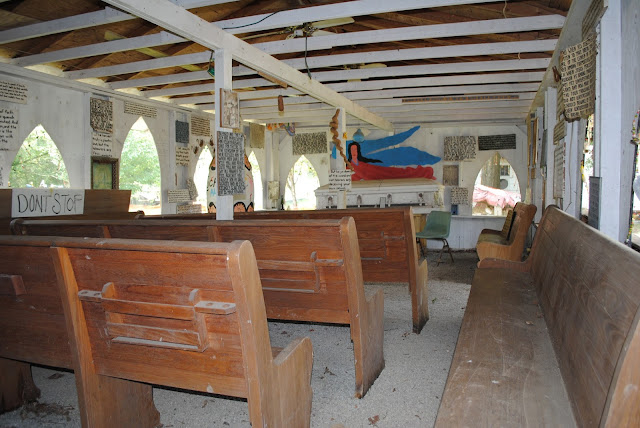 Howard was supposed to cremated and placed in the coffin at the front of the Church. 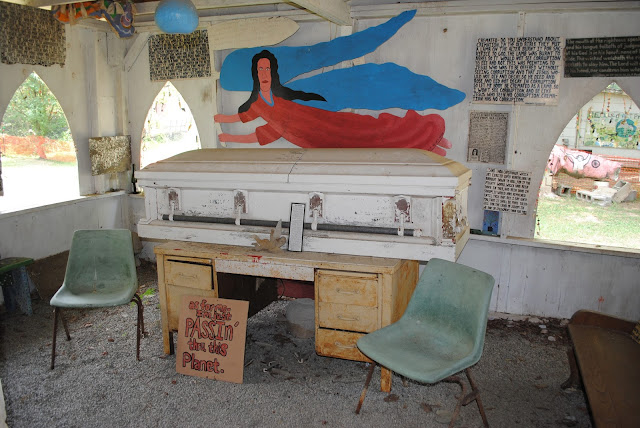 Sadly, Finster's wishes were not followed and he was buried in a family plot.

Of course there actually is a body immortalized at the Paradise Gardens.... 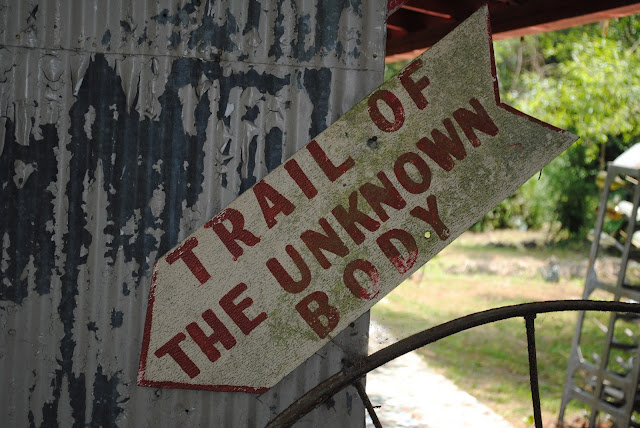 A skeleton of an unidentified body was dug up locally.  The body was old and foul play was not suspected.  The local officials had no idea what to do with it, so they gave it to Finster because "It felt like the right thing to do".   The body was respectfully preserved by Finster. 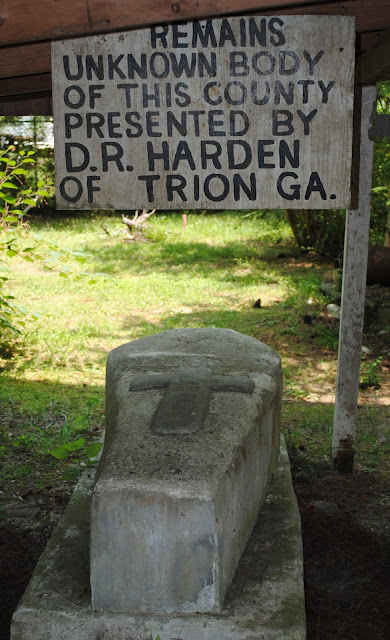 I also love this "self portrait" of Howard Finster...... 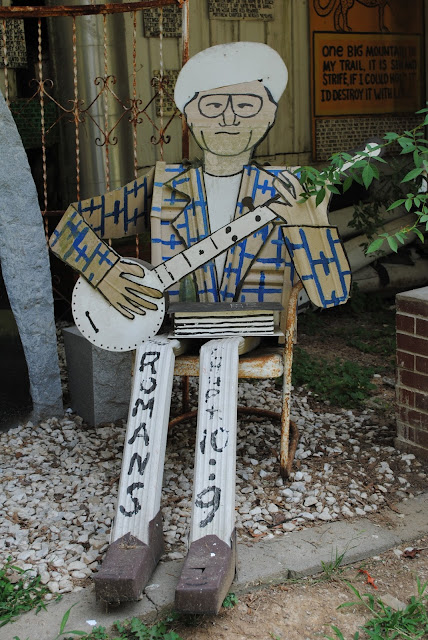 A wonderful place to visit and a great legacy left behind by a fascinating man.

And I can't forget my Flickr Photostream, where all this got started.
Posted by Jacob at 5:33 PM