Strange Statues of the South

One of the best ways to pay homage to an event or individual is to erect a statue in the honor.  Let's take a tour of some of the more unusual and strange statues across the Southern United States. 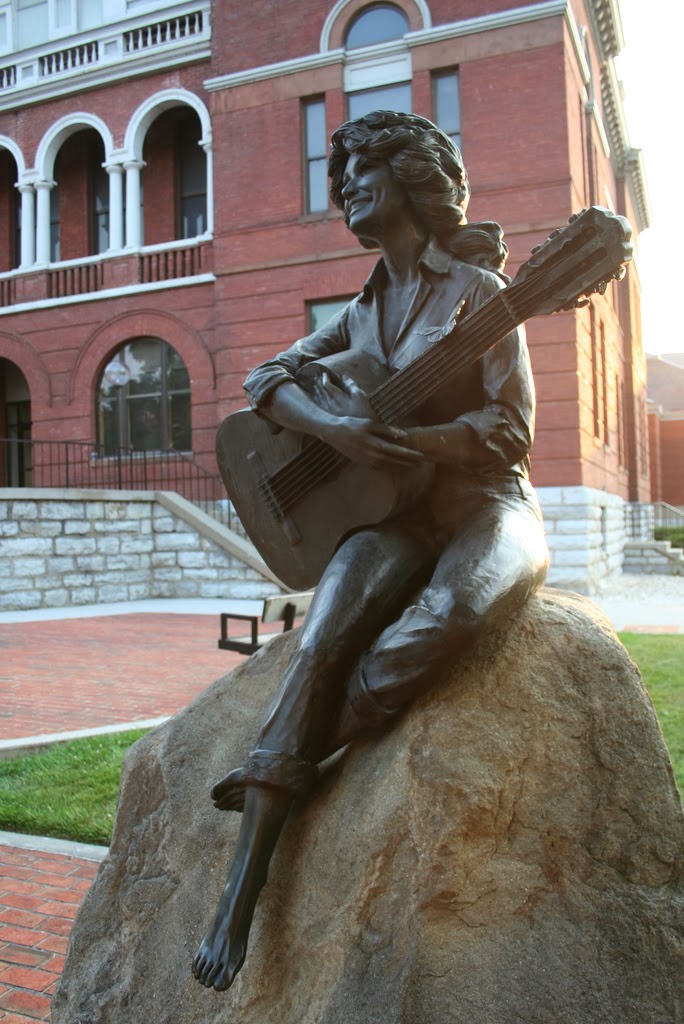 Tennessee knows how to treat its legends.  This statue of a young Dolly Parton sits in front of the courthouse in her home town of Sevierville, TN. 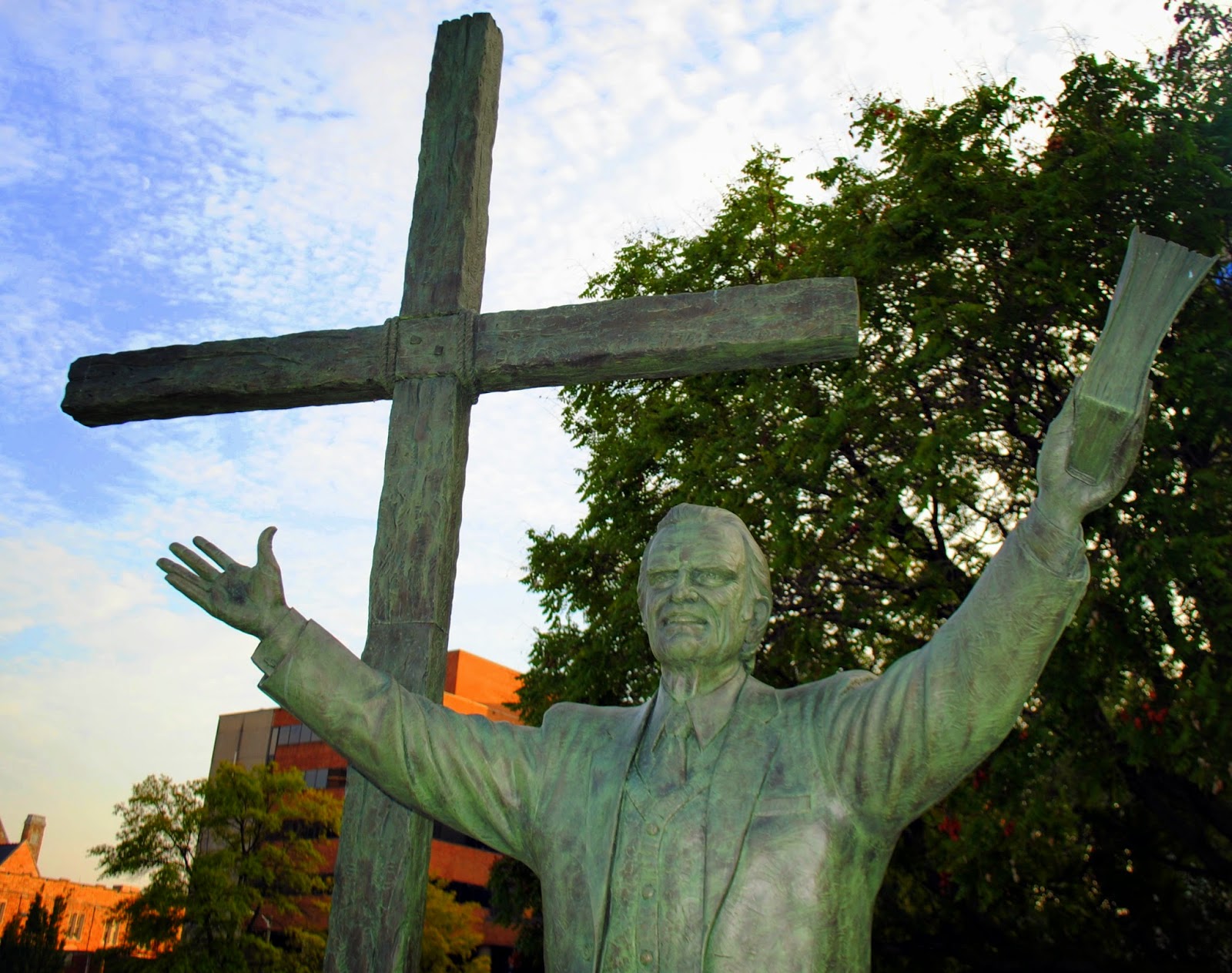 Speaking of Southern Icons in statue form, check out this massive likeness of Billy Graham in Nashville, TN.   The statue is on the corner that Billy started his preaching career.  What makes the statue truly impressive is its sheer size. 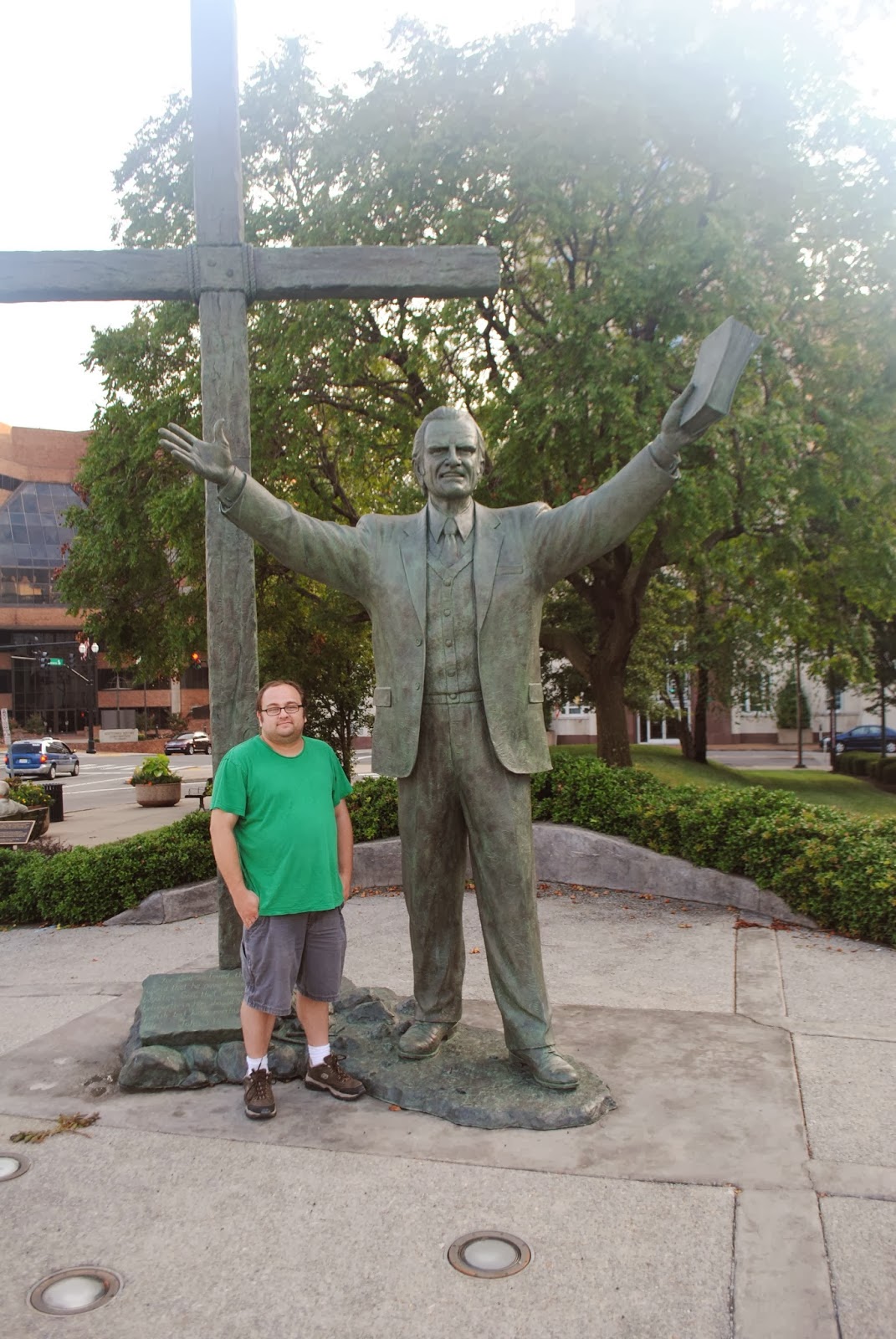 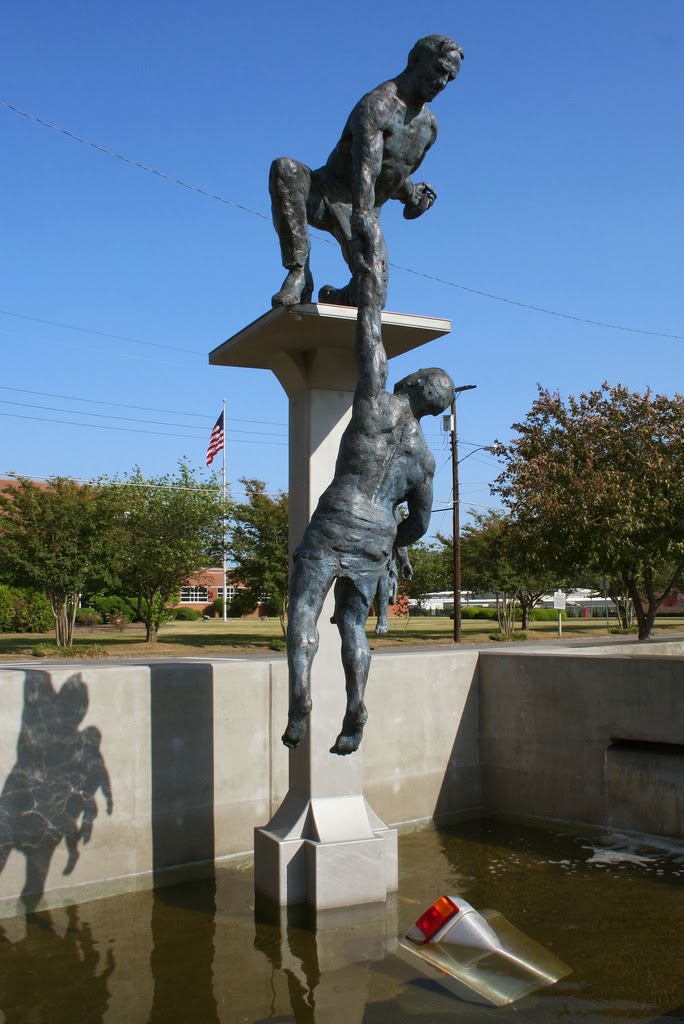 In the city of Chattanooga, TN there is a Towing Hall of Fame celebrating great Tow Truck drivers through history.  It isn't completely random as the tow truck was invented in Chattanooga.  What is truly impressive is this super dramatic statue that is erected outside. 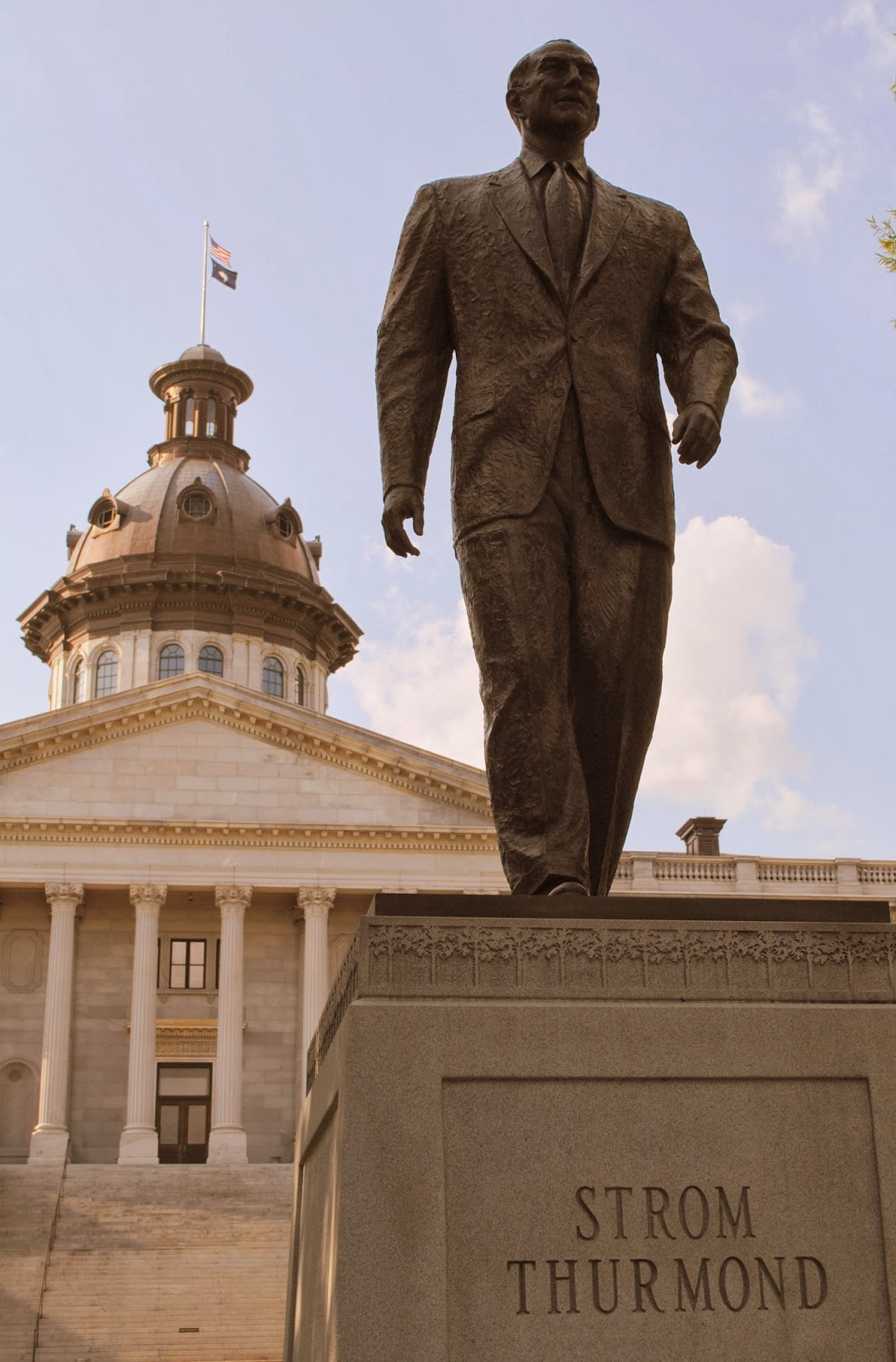 In front of the State Capitol building in Columbia, SC is none other then racist icon Strom Thurmond.  While it is a bit embarrassing that a legendary segregationist like Strom is honored in such a prominent place, what makes the statue more interesting is the fact that it was altered after news came out that he had a secret black daughter.  They crudely changed the engraving to say he had five children instead of four. 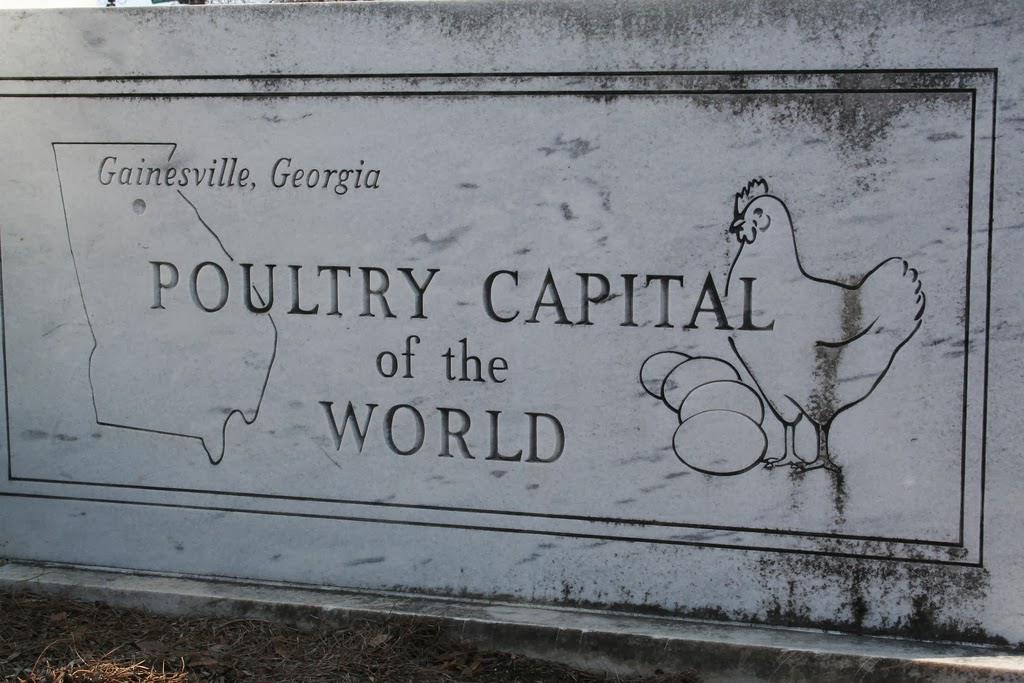 Gainesville, GA proudly declares itself  "Chicken Capitol of the World" due to its chicken production industry.  To celebrate this the town erected this monument.  It is quite an awkward monument as there is a life size chicken placed on top of a Washington Monument-esque Obelisk. 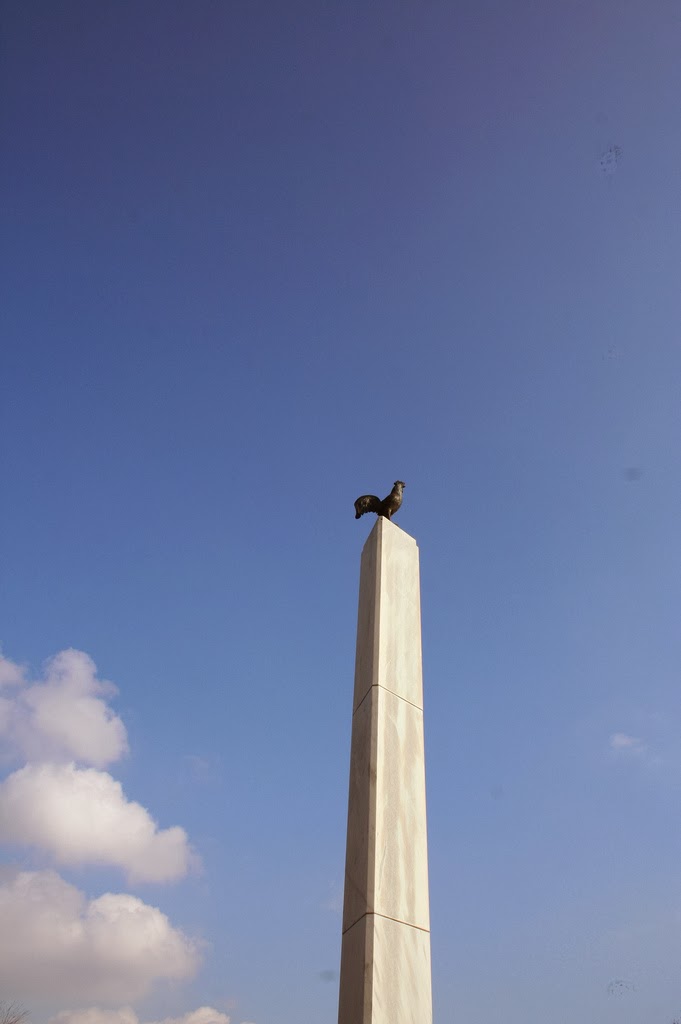 Even stranger, this may end up not being the only chicken monument in Gainesville.  Peta has stated that they wish to erect a 10 foot monument commemorating the crash of a chicken truck then ended up killing a large number of chickens (on their way to be eaten). 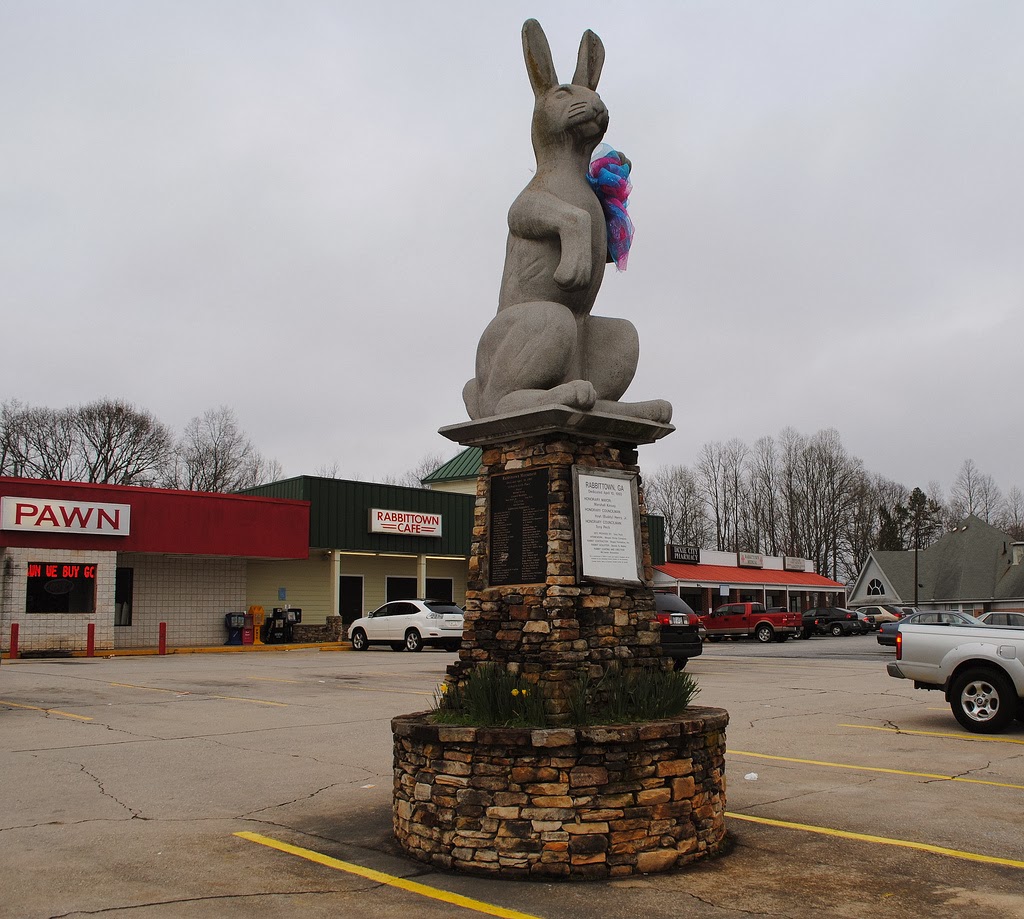 Remarkably, this is not the only animal monument in Gainesville, GA.  There was previously a community known as Rabbit Town in Gainesville due to its production of rabbit meat.  As Gainesville grew size it swallowed up Rabbit Town and the community ceased to exist.  Some hold outs erected this statue out of pride in their phantom community.  Sadly, all that is left of the community is a diner and a pawn shop. 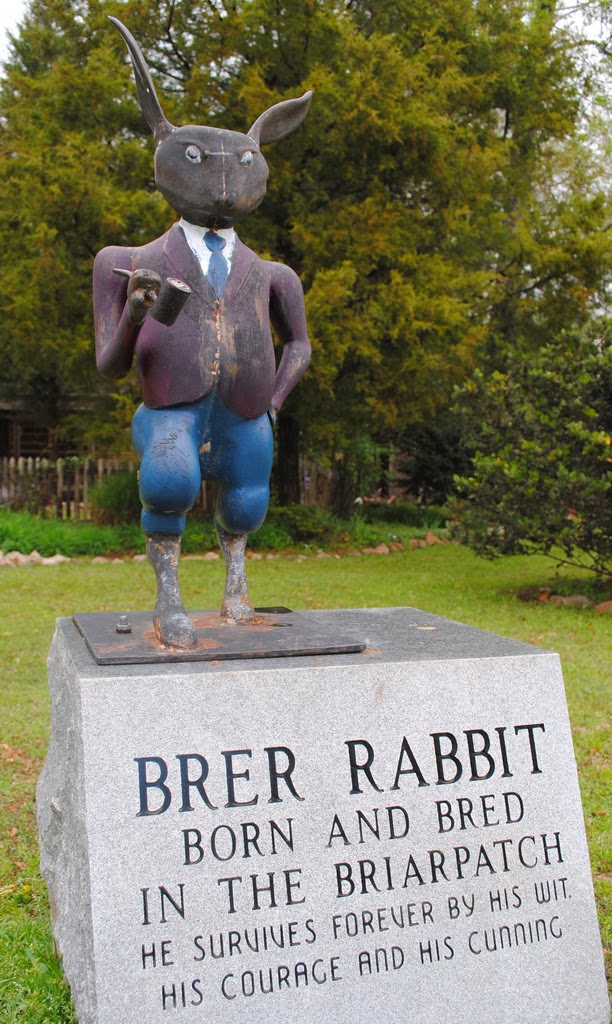 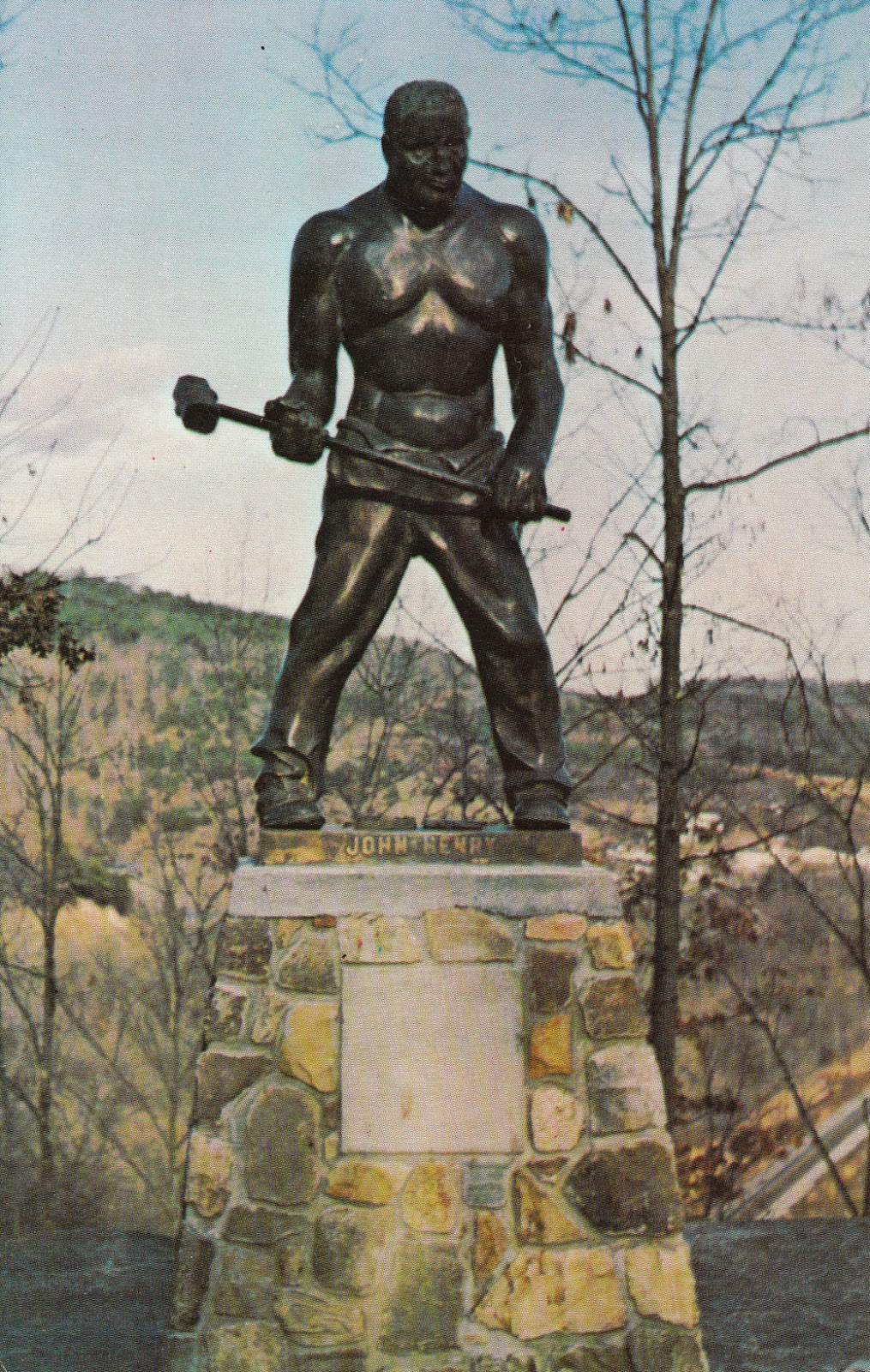 Unfortunately, I have not had the opportunity to pay my respects to this monument to the folk legend John Henry which stands in Talcott, WV.  I did however find this cool vintage postcard of him.  Actually the statue does not stand here currently.  Apparently of being in a secluded area for over 40 years has caused a lot of vandalism and weathering.  John is being restored to be placed in a park.

Of course everyone knows the story of Henry.  He was the last rail driver, who was being put out of business by the evil railroad barons and their newly invented steam drill.  Henry claimed that he could lay railroad spikes faster then the steam drill.  Henry would go on to beat the steam drill in a competition.  Despite winning, Henry would die while driving the steel, making the moral of the story kind of depressing.

Christ of the Ozarks 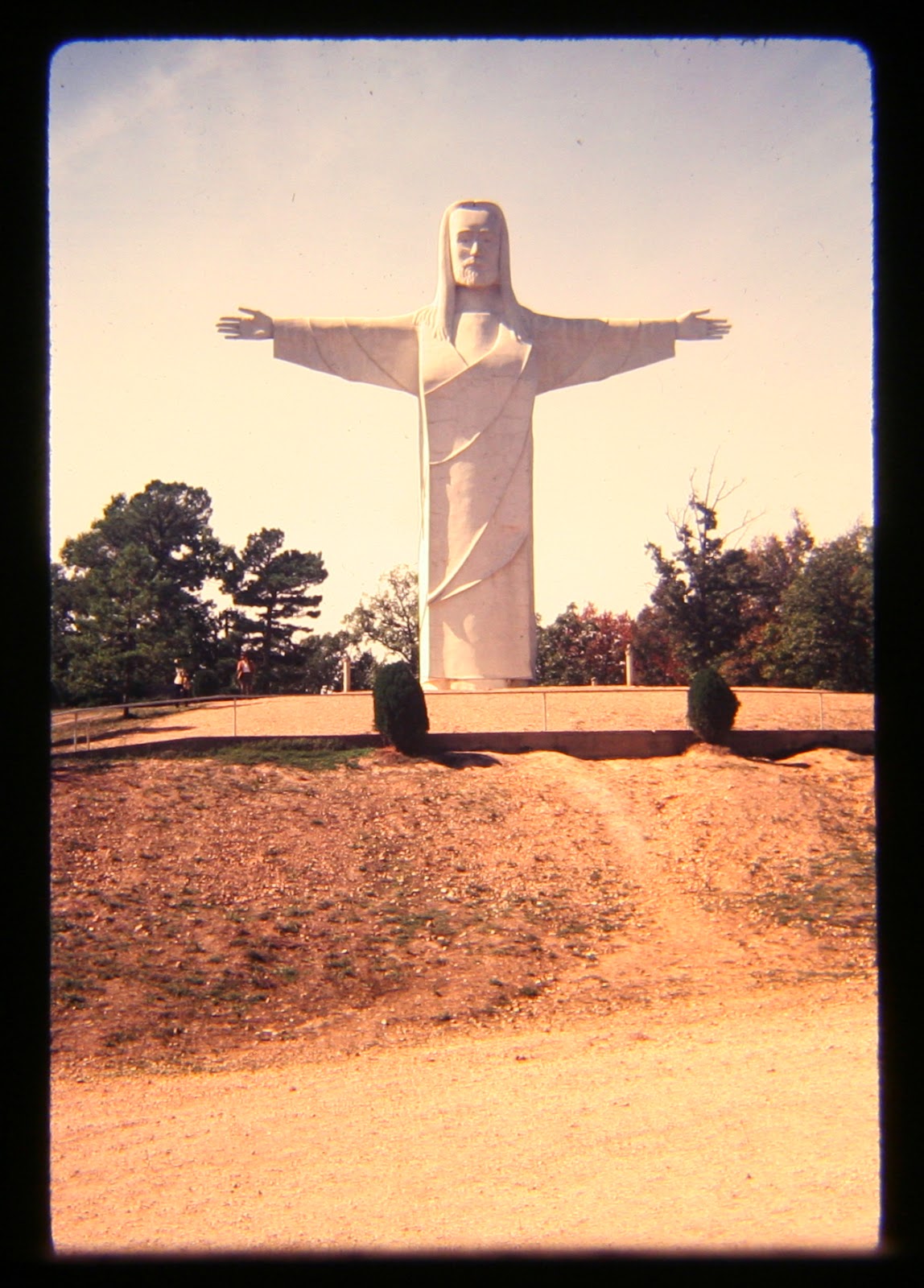 Another statue I have not had the honor of seeing in person is this giant Jesus that can be found in Eureka Springs, AK.  The statue is controversial as some people simply think its really ugly.  Despite this, it is the largest statue of Jesus in America and the third largest in the world.  Hopefully, someday soon I will see it with my own eyes.  I found this image in a box of vintage slides. 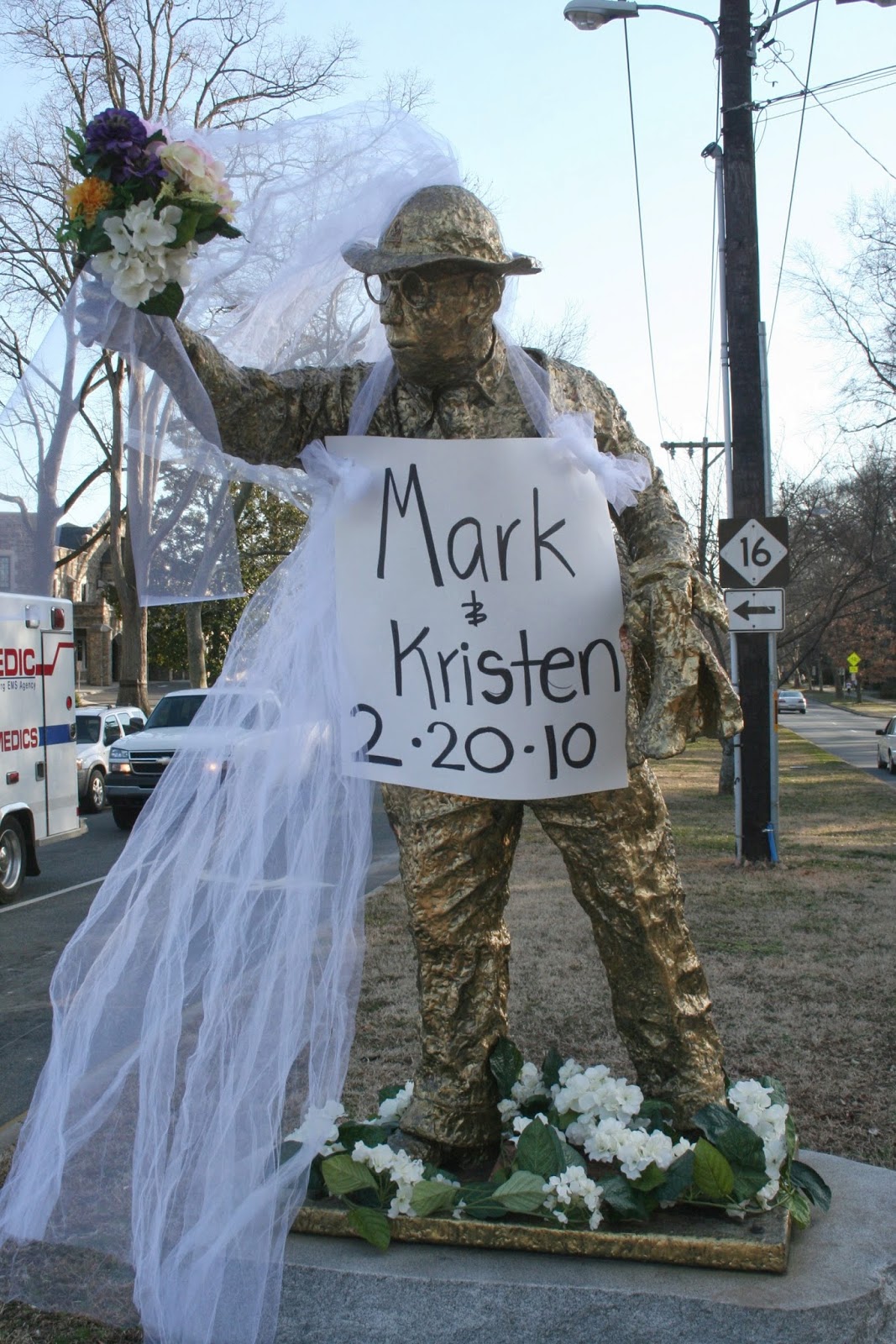 This interesting golden statue in Charlotte, NC is known as "Old Man Traffic".  It is a likeness of a man named  Hugh McManaway who for no apparent reason would stand in the road and direct traffic in a completely unofficial capacity.  It is also said that he spoke only in rhyme.  When Hugh died the locals missed him enough to erect a statue at the same intersection that he used to stand at. 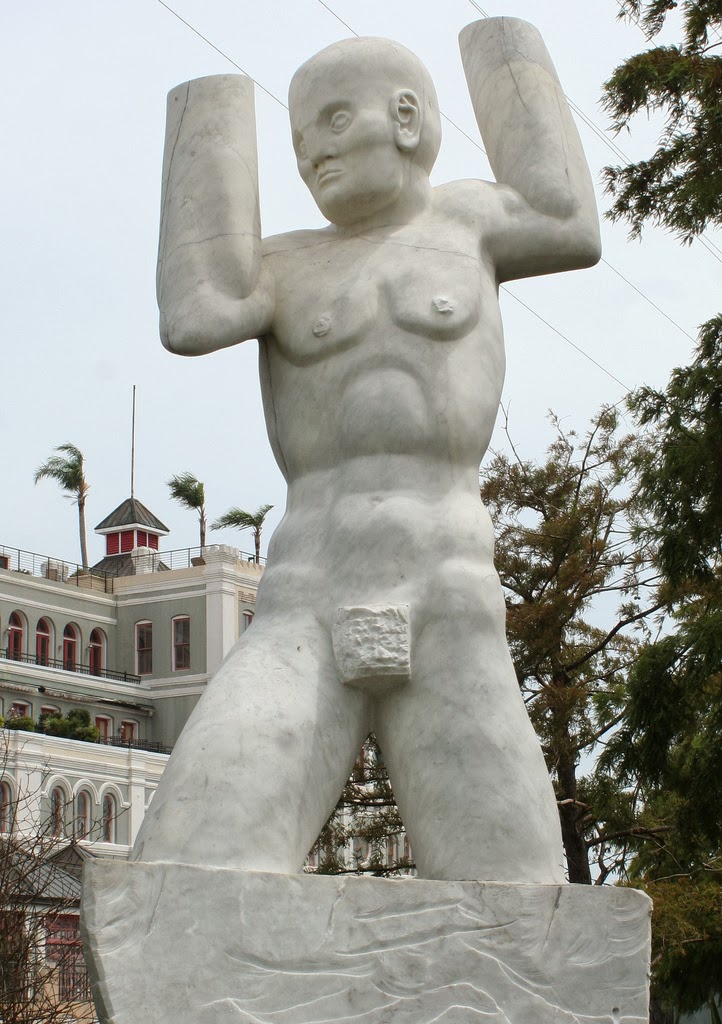 This statue dubbed "Old Man River" sits in a prominent location next to the Mississippi River in the city of New Orleans.  I'm not really sure what to say about this one. He is a naked man, with no hands and has a strange brick for genitals. 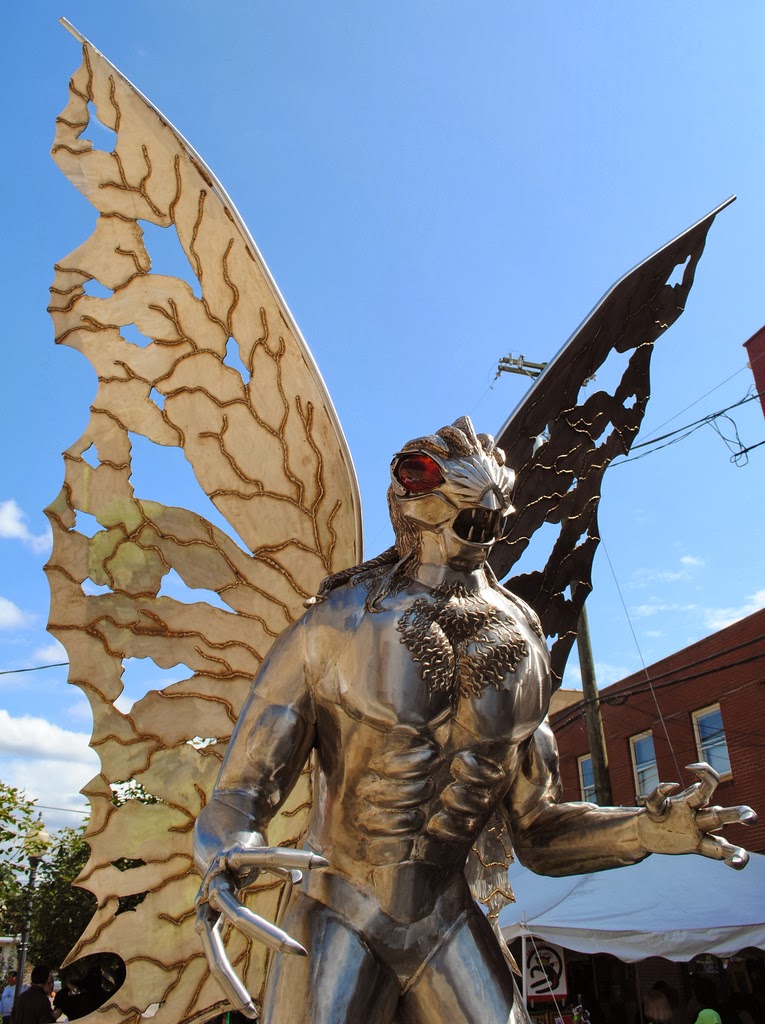 People who do not know the legend of Mothman would be extremely confused on why there is a statue of a horrific monster standing on main street in the small town of Point Pleasant, WV.  For the uninitiated Mothman is a legendary creature that was the focus of a series of strange sightings in the 1960s.   Horrified residence claimed that this giant red-eyed winged monster haunted the local dynamite factory.  There is a variety of possible explanations, could he be a undiscovered species?  A ghost? A barn owl?  An Alien?  Regardless the legend has captivated people for generations.  The mothman is also connected with UFO sightings and was the beginning of the "Men in Black" legend that inspired the movies.  During the height of the Mothman sightings there was a horrible bridge collapse the killed dozens of people.  After the collapse the Mothman sightings stopped and the Mothman has always been connected to this deadly collapse, with some blaming him for the destruction.  So, your town is haunted by a horrifying monster that is also possibly a mass-murderer, what do you do?  Erect a statue to him, of course. 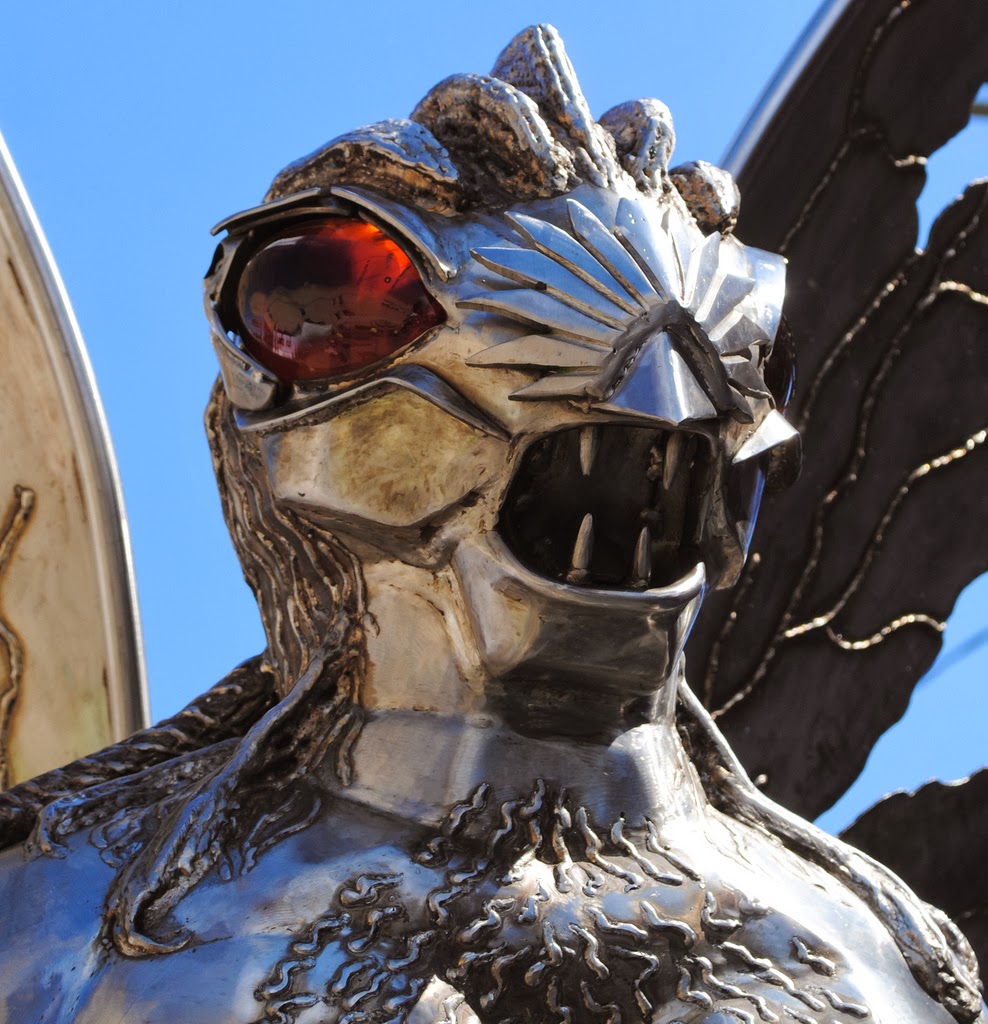 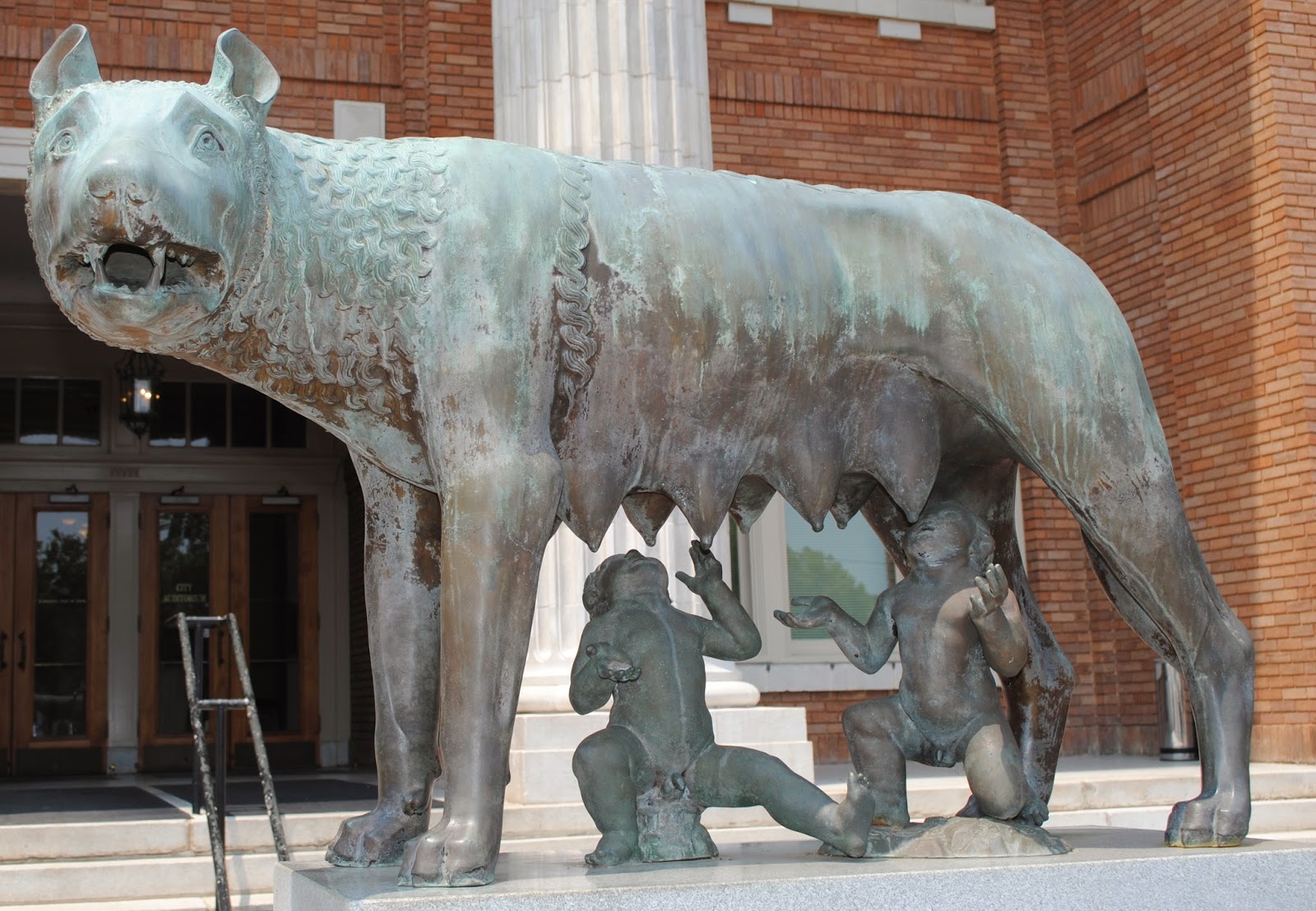 Just look at that thing.  What on earth is going on there?  This abomination sits in front of the municipal building in Rome, GA.  Apparently, the statue portrays legendary figures from Rome, Italy.  This however, does not change the fact that it is a statue of a wolf breast feeding two naked babies.  What makes this even worse is that fact that this statue was a gift to the city of Rome by Mussolini.  The damn thing still has Mussolini's name on it. 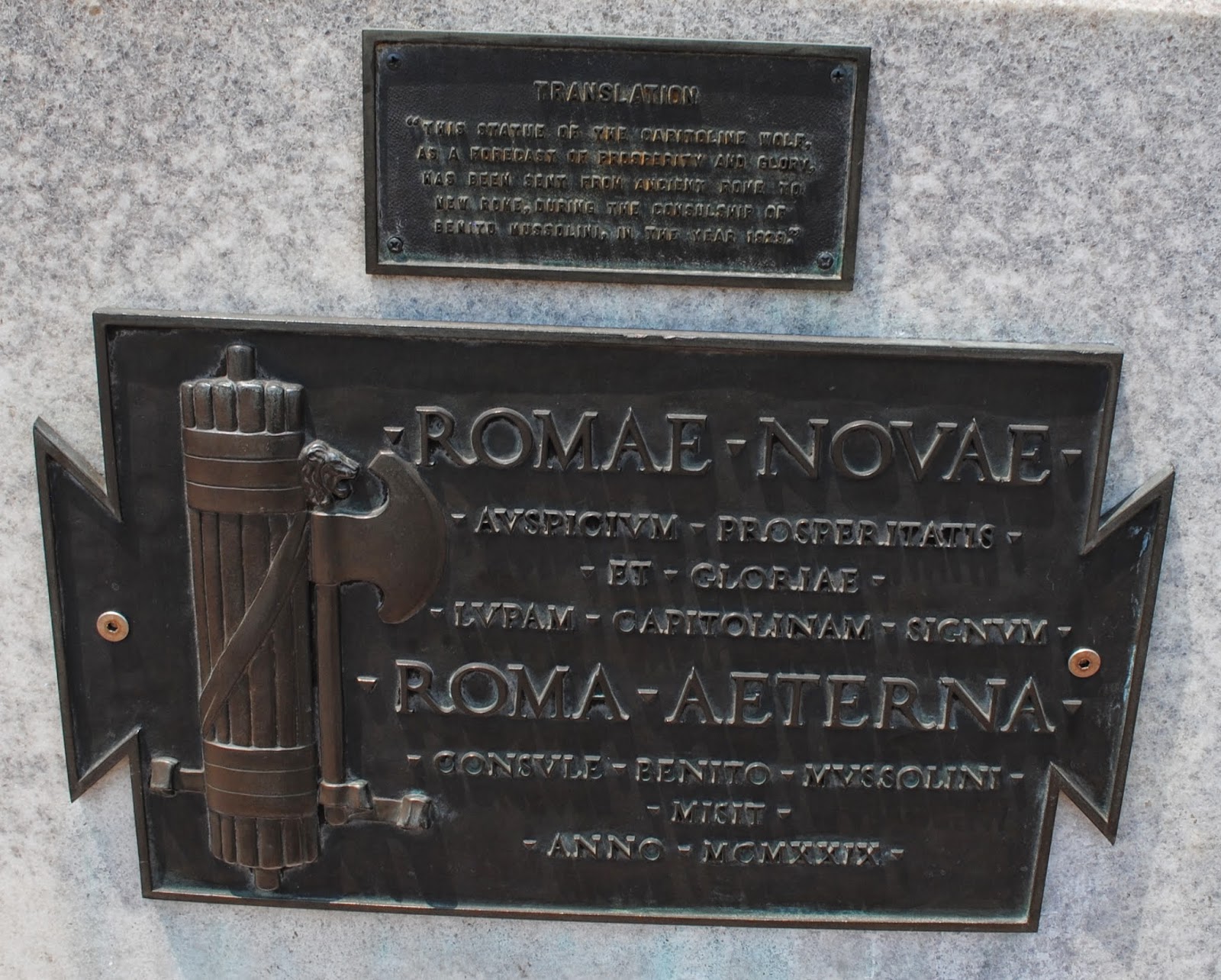 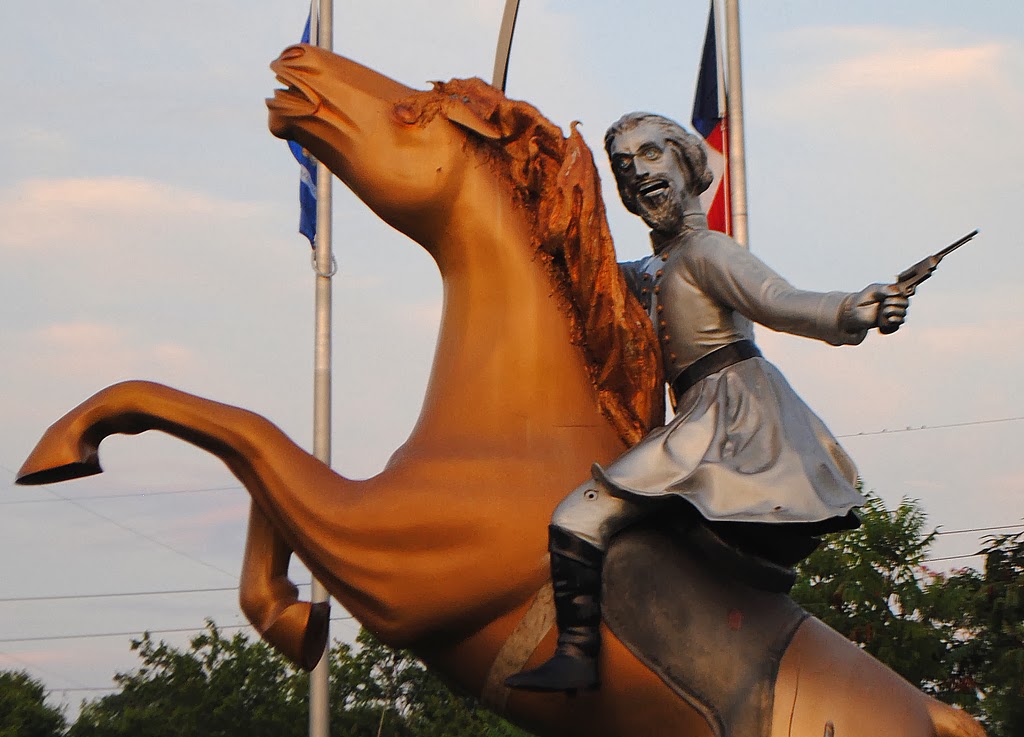 This one has to be the strangest as well as the most offensive.  Behold:  Nasheville, TN's statue of Nathan Bedford Forrest.  Nathan Bedford Forrest was a relevant confederate general, but more notoriously, he was the first grand dragon of the KKK.  Why does this statue exist?  It was erected on private property, but sits in clear view next to the freeway.  The statue is obviously very controversial and is often vandalized and shot at.  But, if you put the controversy aside, the thing is still bizzare.  He is a garish silver color, his face his horrifying, and for some reason his horse is a shiny orange. 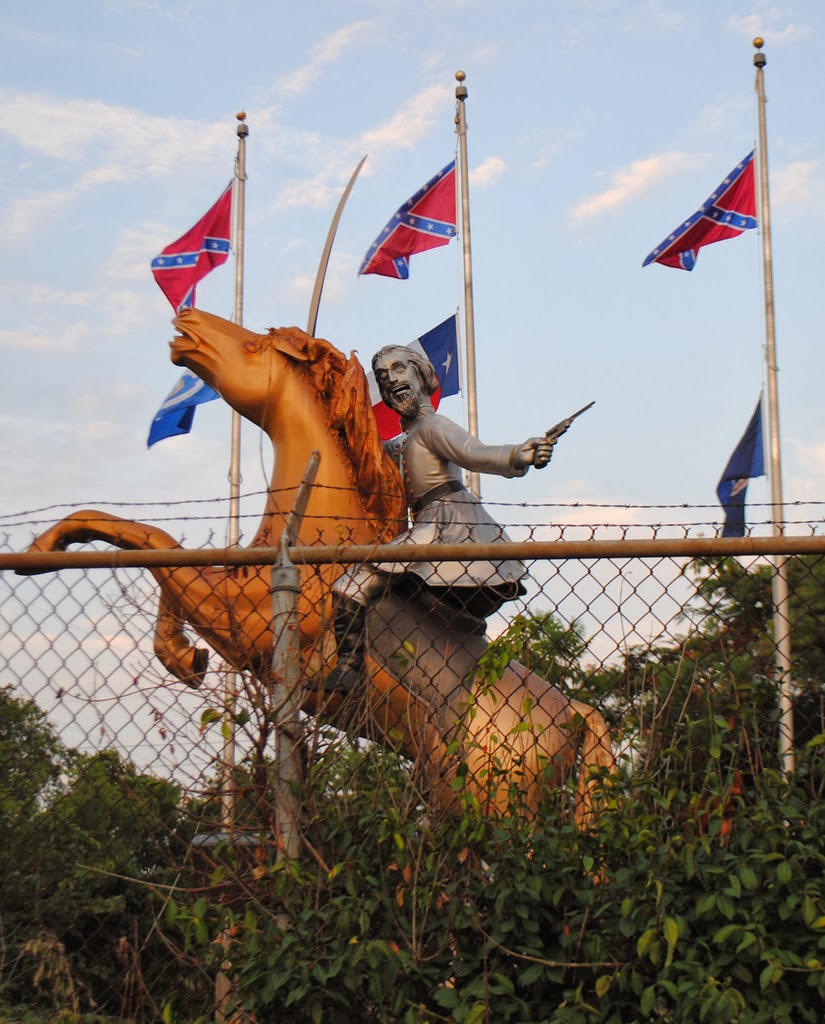