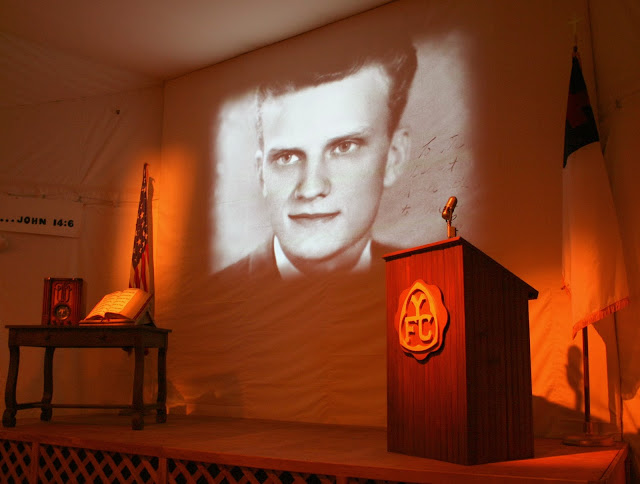 Today is the 95th birthday of Christian evangelical preacher Billy Graham.  Starting out as a street corner preacher on the streets of Nashville, he eventually became the most famous preacher in the country and is known for his meetings with the country's presidents.

Here in Western Carolina Billy Graham is quite the icon.  His failing health in the last several years has been a focus of the news and every time he winds up in the hospital it is the lead story in the news.

In Charlotte, NC where Graham was born, they have erected a Library for him, a honor usually reserved for presidents.

Back in 2009 I spent a week in Charlotte for a work training.  While looking for things to do in Charlotte (much harder then you'd imagine), I decided I need to take a trip to the Library.  My co-worker and best friend that was with me, was possibly less enthusiastic.

Before I go any further I want to express my confusion on using the term library to describe this institution.  There were not any books that you could check out.  Maybe library has another meaning I am unaware of, but the library is more of an interactive museum dedicated to Graham.

Pulling up you see that they have moved Billy Graham's childhood home onto the Museum property. 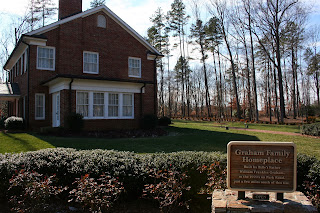 Its not very exciting, but the fact that they moved a two story brick house down the road raises to Fitzcarraldo levels of insanity.

The Museum itself is an interesting piece of work, shaped like a barn with a massive cross shaped window in the front. 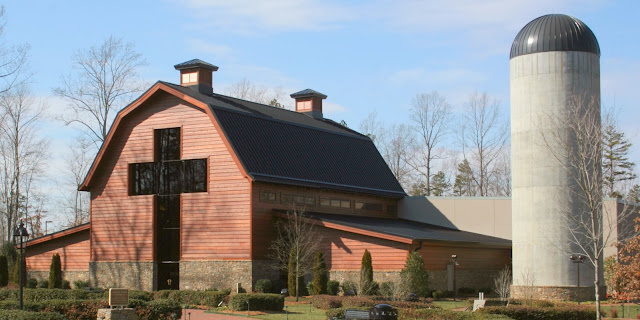 The barn theme continues inside when the first thing you see is an animatronic cow talking about spending her childhood with Billy. 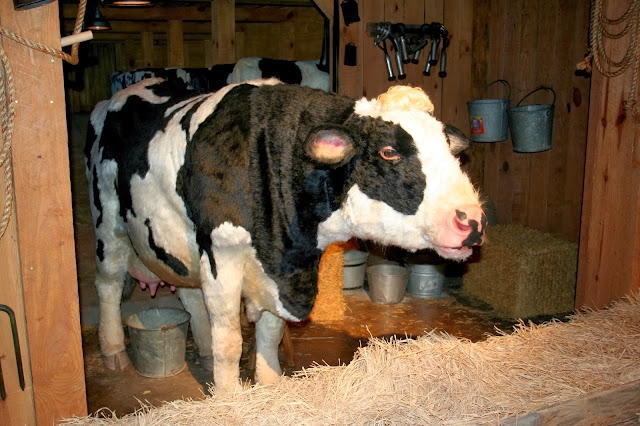 
The Library is visibly impressive, with creative and artistic exhibits.  You move from one room to the next. 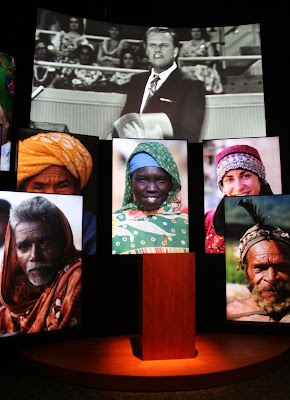 In each room is a docent who gives you a lecture about the symbolism of the room.  Now, the library may have been a little slow the day we went, so it was just me and my buddy going through.  This meant that every room was just me, my friend and a Christian docent. 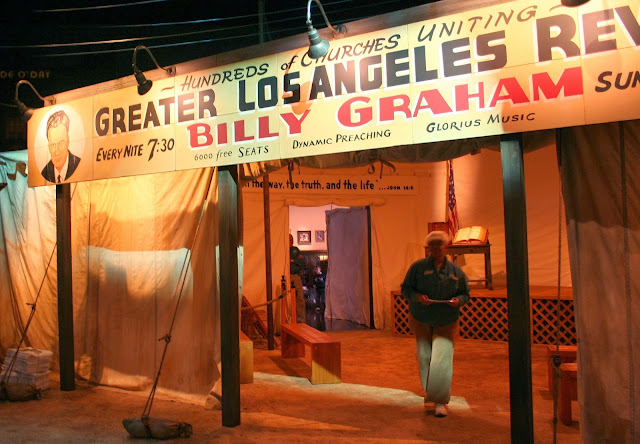 There is something unnerving about trying to look through a museum while there is someone following you around and staring at you. 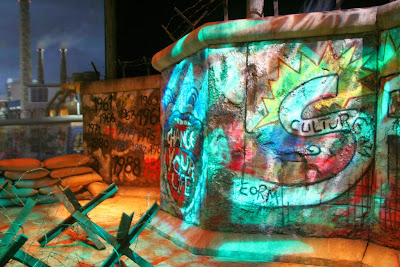 Even creepier, you can't move onto the next room until you have seen everything and watched all the videos, then a secret door will open and allow you into the next room with the next docent.  During one video the docent was standing so close behind me I could feel him breathing on my neck.
In the last room things get a little extra uncomfortable, when you watch a video about being saved.  The docent hands you a card which you are supposed to fill out if you want to be saved.   You then walk through a freaky laser cross door and you are free. 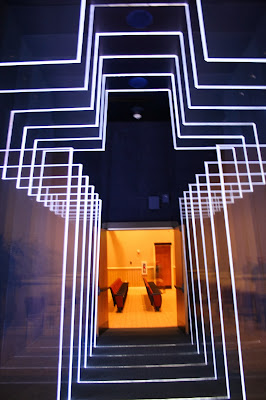 The museum also contains artifacts relating to Graham's life, including his Bible. 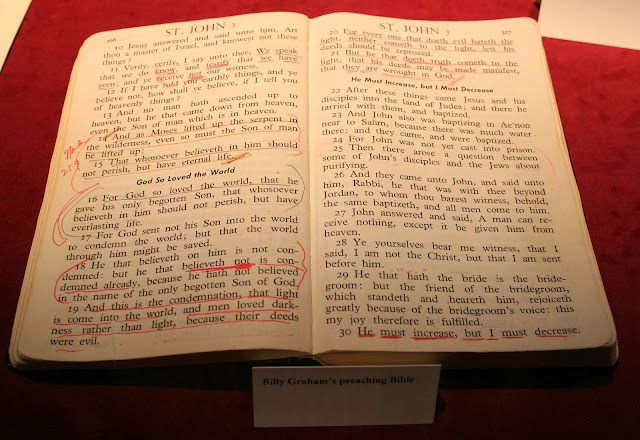 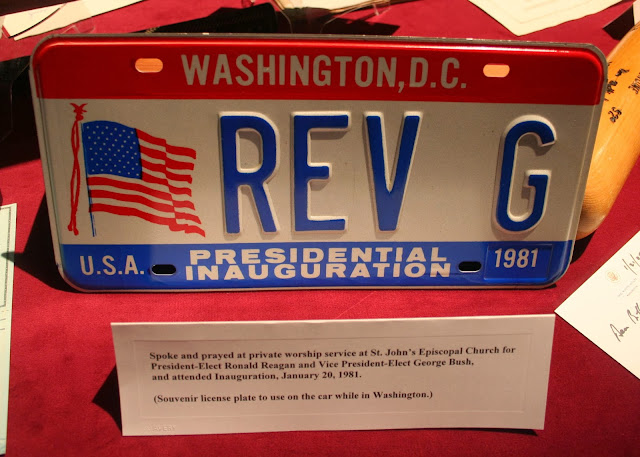 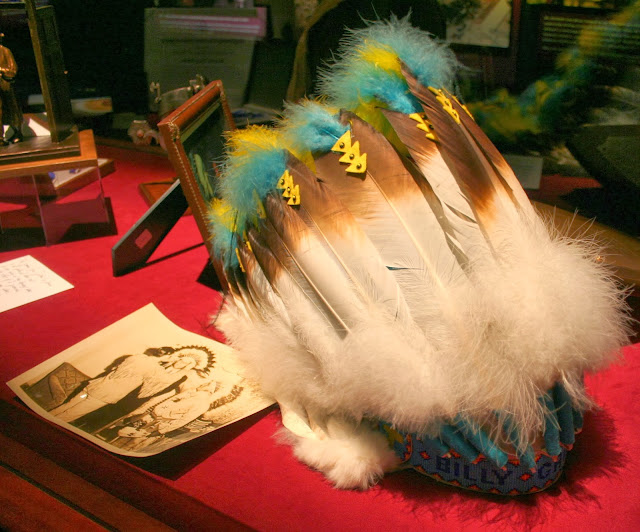 his custom made cowboy spurs..... 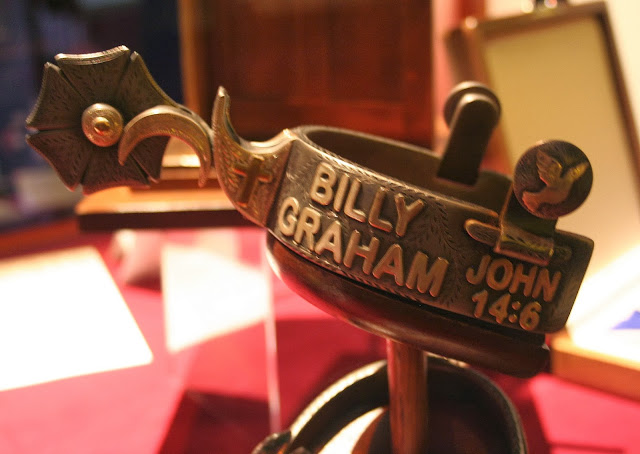 And a custom gun given to him by gang members..... 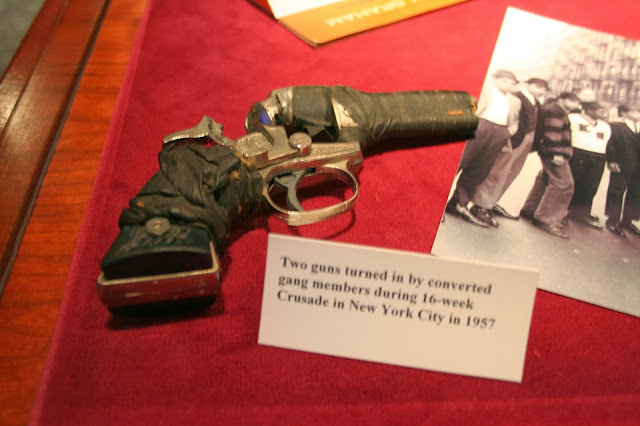 On your way out of the Library don't forget to check out the grave of Graham's late wife Ruth.... 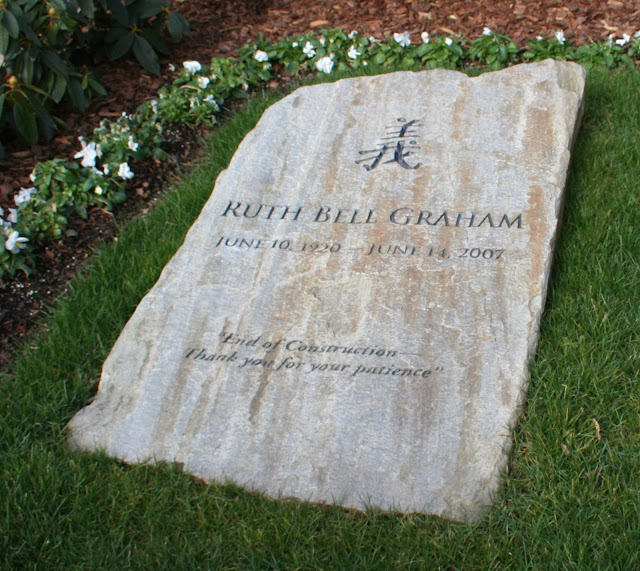 For those of you who just can't get enough Billy Graham, don't miss his MASSIVE statue on the streets of Nashville. 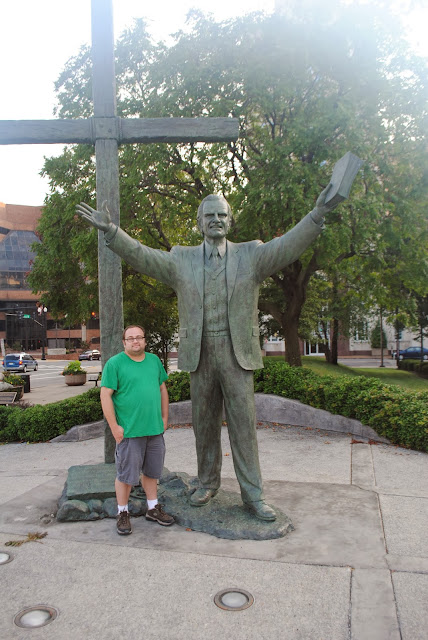 Please feel free to e-mail me at jacobthecarpetbagger@gmail.com
and check out my Flickr Photostream
Posted by Jacob at 9:15 PM