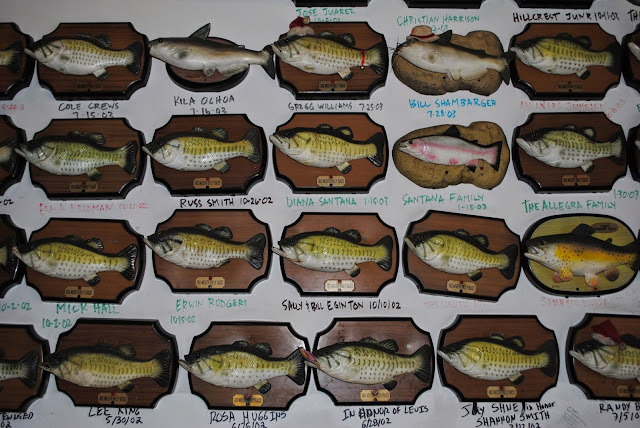 Who can forget the Big Mouth Billy Bass?  His charming singing worked its way into the hearts of all Americans in the early 2000s.  With his tacky charm he was this millennium's version of Dogs Playing Poker.

Sadly, no musical act can last forever.  Other early 2000 music acts such as Limp Bizkit and The Backstreet boys have faded into obscurity.  Similarly the Billy Bass has been abandoned by all but its most ardent supporters.  So what is American supposed to do with thousands of singing rubber fish. 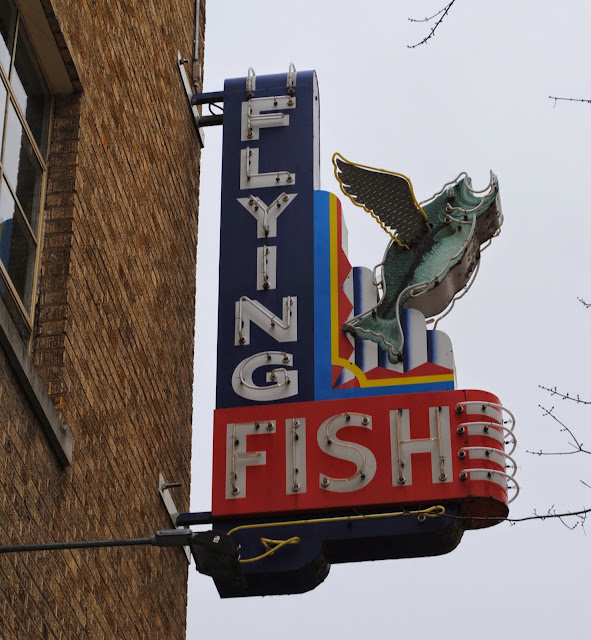 Luckily, one fine institution has opened its doors to these orphaned fish.  Located in Little Rock, AR (Where else?) the Flying Fish Cafe has set up an adoption center for Billy Bass. 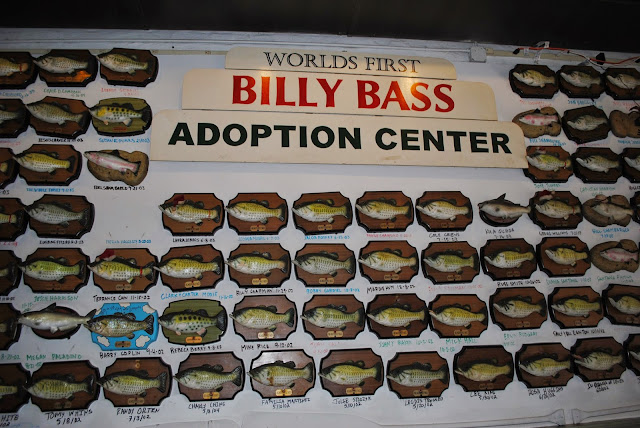 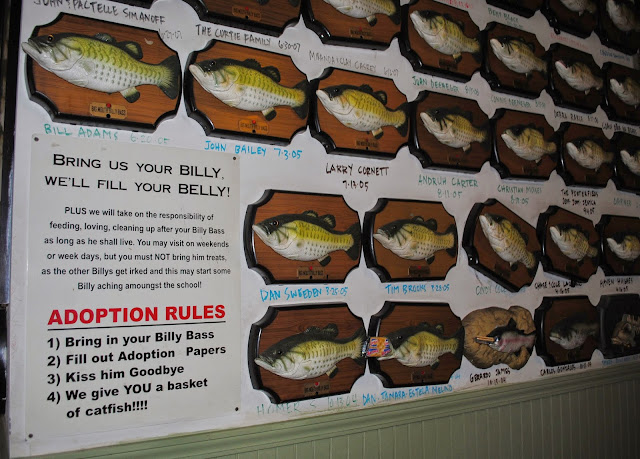 The collection of Bass and their brethren is impressive. 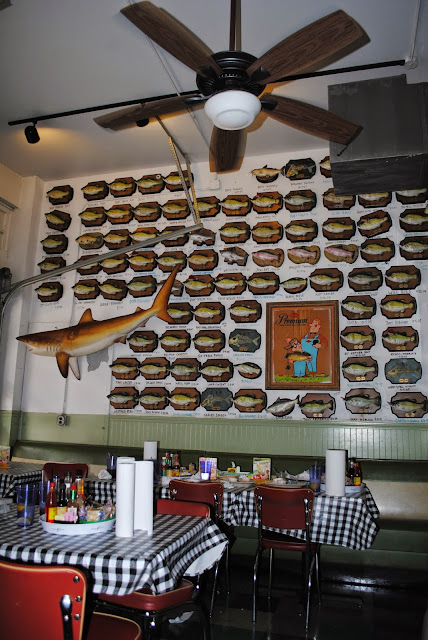 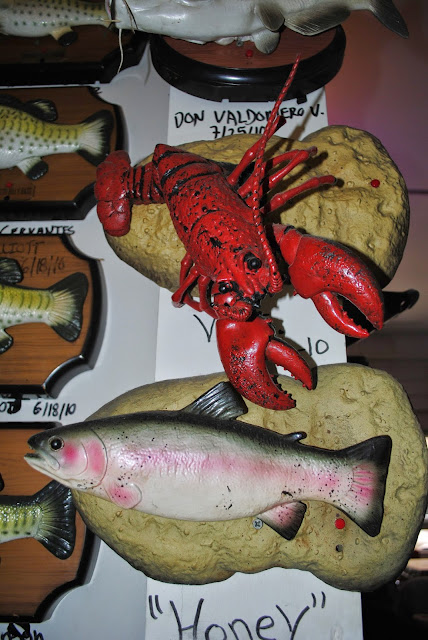 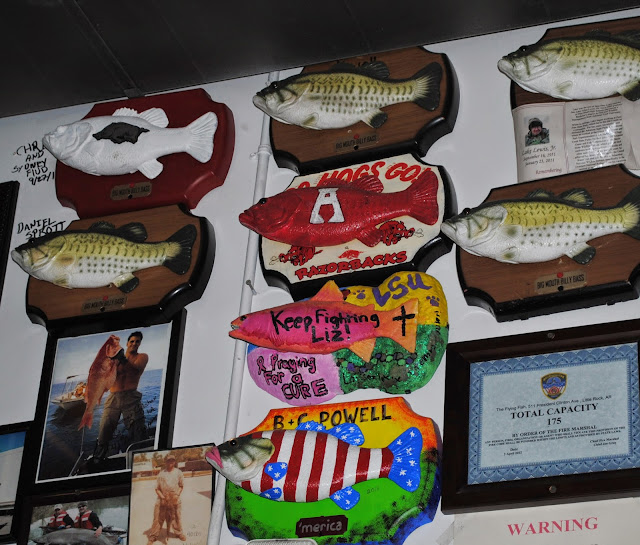 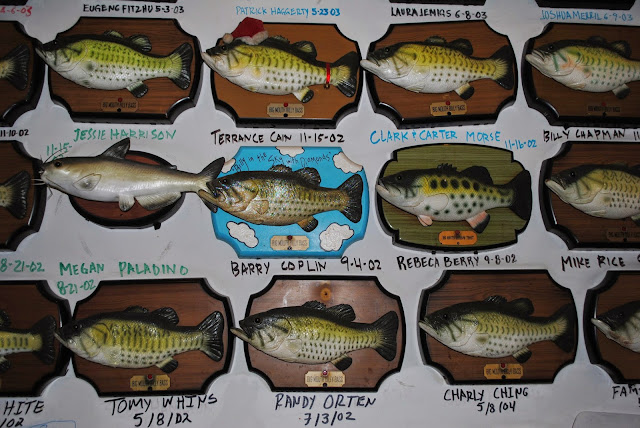 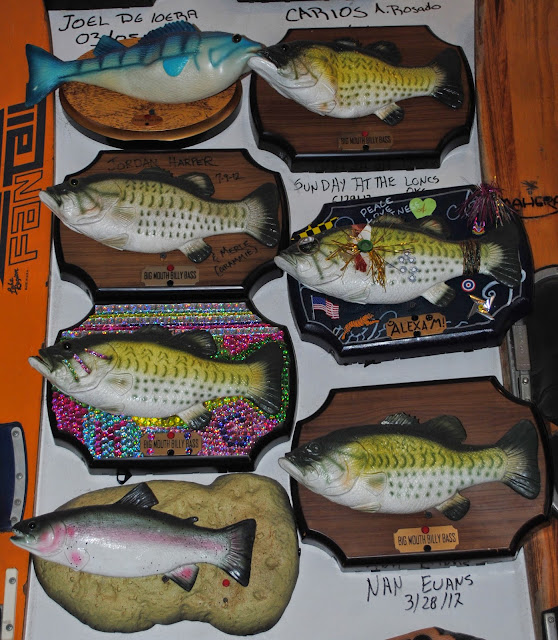 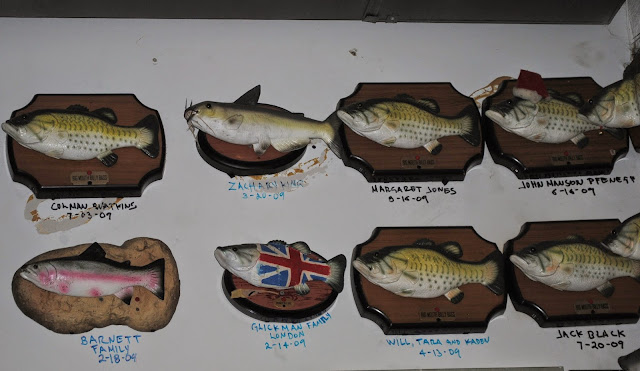 The have some actual fish hanging on the wall, and they a wings for some reason. 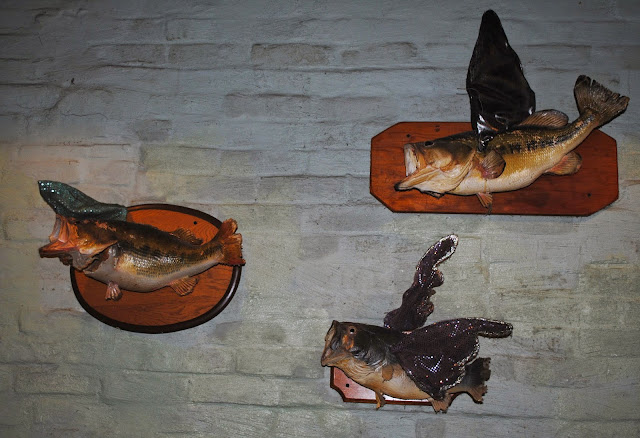 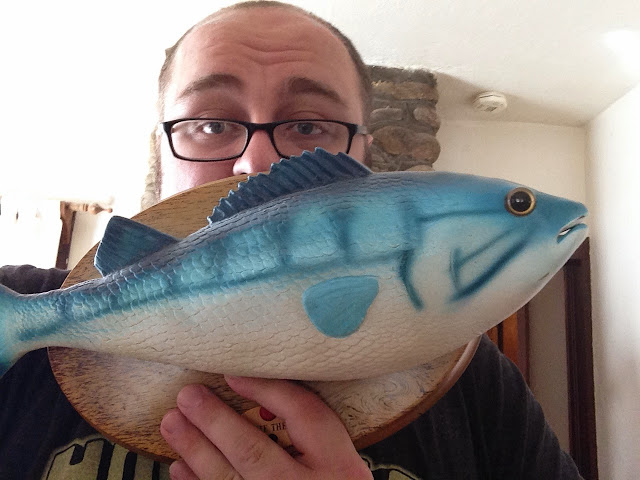 However, I simply could not part with him, so I had to go the unorthodox route of trading money for food.

And I can't forget my Flickr Photostream, where all this got started.
Posted by Jacob at 12:12 AM